The first birthday for the twins was a huge success. We started out the morning as we do every morning; grandparents cuddling the babies, coffee, and discussions of who was snoring and who was coughing and who was smart enough to wear ear plugs. 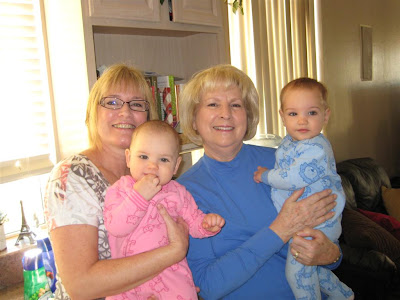 Everyone had a great time spending the afternoon together and no one got hurt. The only glitch was when we woke Easton and Layla from their nap and sat them right in the middle of party central. It looked just like this: 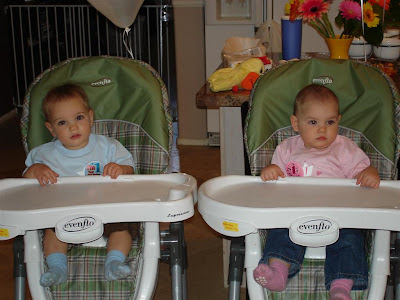 The twins were overwhelmed by the excitement, but eventually joined in the fun with giggles and enjoying being the center of attention. Kendra helped them break in the new table and chairs by banging on the top. 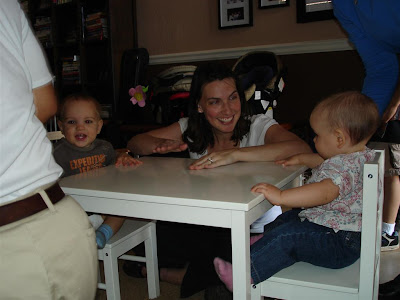 and I broke the spine on a few new books that Layla obviously finds extremely interesting within the first two pages. 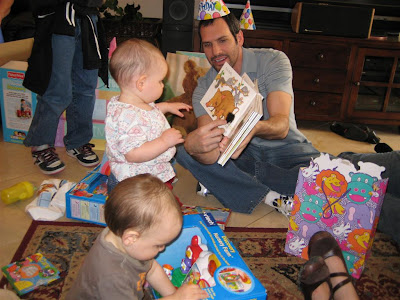 Layla also had a good time playing with the non-toy toys. The twins also played with every twist-tie, piece of wrapping paper, and gift bag that came with all the wonderful gifts. 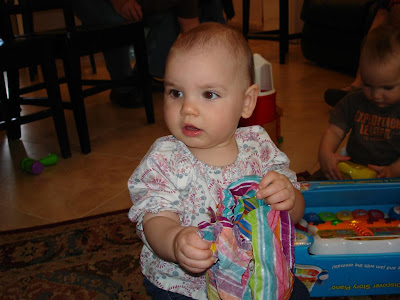 They recieved little rocking chairs that appeared to be too large for them at this stage, but apparently they just needed a little time to figure out out to get up and down in them. Easily my favorite picture of the birthday was this next gem showing Easton in his "big boy" chair without his pants. 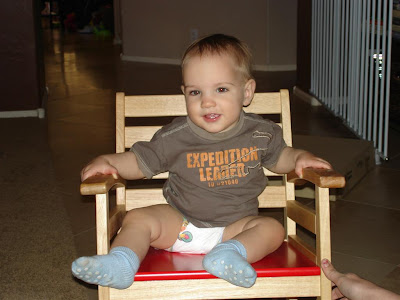 Later that evening we took a walk down the street to the local pizza spot. We ate dinner and the free dessert (thanks to the pizza place for honoring Easton and Layla's birthday by giving us their "birthday dessert"). By that time the twins were at the end of their patience so the grandpas gladly entertained them while we chowed down the last bits of ice cream and cookie. 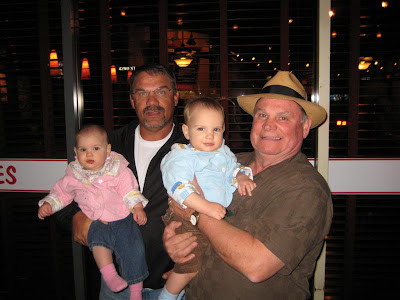 We also took advantage of the sunny weather while it lasted by taking a walk around the neighborhood down to the local park. Both of them somewhat liked the slide, but our daredevil, Layla, was the one who stomped her feet seemingly asking for help to get down the slide one more time. 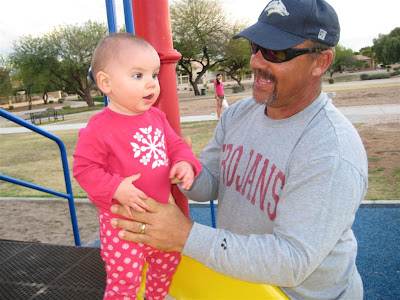 Sadly enough we said goodbye to Kendra's parents this evening since they are going back to work tomorrow already. We're sad. Having BOTH grandparents around to love on our babies for the past few days has been such a great experience that I can't even put it into words.

I'm as ready to go to bed as Layla is here in this picture. Notice the double Nunus. :) 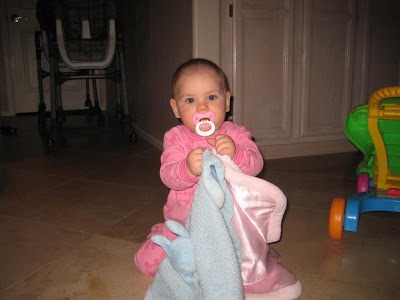 She was absolutely ready for bed, but not so tired she couldn't grab Easton's Nunu and roll around on the ground with both of them. Have a happy Tuesday!
Posted by The Four Webbs at 7:49 PM

I JUST HAVE TO SAY THAT BOTH YOUR BABIES ARE ABSOLUTELY GORGEOUS!!!!
THEY ARE JUST TOO ADORABLE...BUT
HAPPY 1ST BIRTHDAY EASTON & LAYLA!!!