We are counting down the days and hours until Ouma and Oupa and Kendra's family gets here for the Christmas holiday.

Easton and Layla's school had a Christmas party of sorts.  The K-3 kids performed a Christmas concert complete with songs about Jesus, like Silent Night.  Imagine that?  A public school singing about more than just Santa.  I like it.

Layla brought home a crayola colored menorah, but I'm not offended by that.  If the school celebrates Eid, the Muslim holiday, it will be a different story.  Oh what a tangled web we weave in today's political and religious arena for public schools...  Hypocrisy?  Maybe.

Anyway, Layla was super excited, but Easton requested to never sing on stage again.  Even so, they were both happy hearted and performed like champs.   Layla had the only non-red colored hat.  her purple added a nice splash of color to the otherwise homogeneous sea of elementary students. 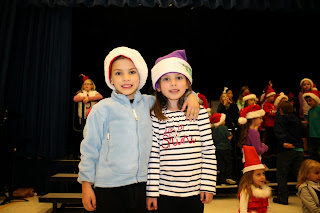 Layla was front and center with eyes lit up as if it were Christmas morning.  She thrives in this environment. 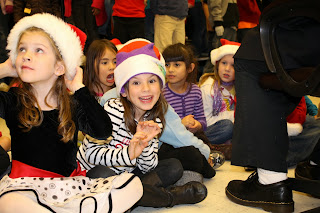 Easton is chillin' with his hands in his pockets, but not "too cool" to sing along.  Not that I could hear his voice among the masses of kids...  Layla brought her A-game with loud vocals and boisterous hand gestures. 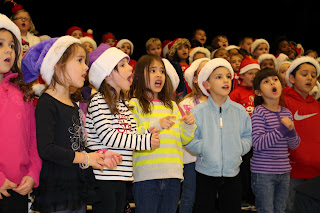 This is their music teacher, Mr. Adams.  He did a great job of teaching the kids.  They respond to his instructions promptly and happily.  The twins really like him and compare what they did in his class from day to day.  I asked Easton what instrument he wants to play.  He said, "nothing...  does my voice count?"  I assured him it does count and he could sing as long and as much as he likes. 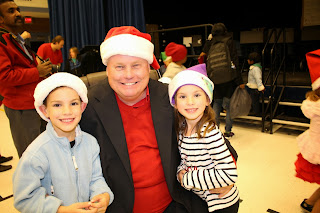 After the performance the mob of kids went to the playground where the school had pumped in three king-sized-bed-shaped lumps of snow on the freshly mowed, grassy ground.  The sign said, "no throwing snowballs."  Yeah, right.  as if there is any possibility of getting 150 elementary school kids in the snow without throwing snowballs. 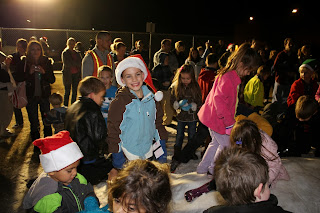 Some kids were running around in short pants and long sleeved shirts!  Not the Webb twins.  these two were the most prepared kids of the lot.  They wore gloves, snow pants, thick jackets, and boots. I know there are many kids who can't afford gear, but we bought ours used from kid-to-kid for pennies on the dollar compared to new snow gear.

Anyway, the twins had a great time getting wet and grassy for an hour. 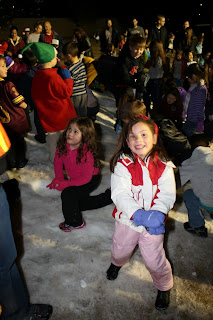 The two of them were running around like chickens with their heads cut off.  This was the only picture I got of them standing together.  It's hard to see the size of the ice block, i mean snow pile. 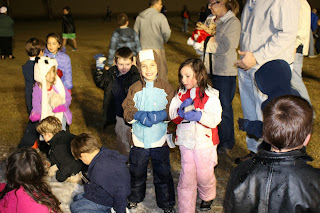 This is a little better perspective.  They stopped packing snowballs just long enough to pose.  I had so much fun watching them play.  it made me smile. 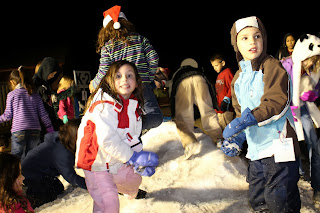 I had the hardest time convincing the twins that the snow is fake.  They didn't get the concept until I likened it to the snoopy and spongebob snow cone makers we have.  You put ice in and crank the handle.  then snow comes out!  They were amazed.

Time for bed and getting ready for their last week of school until the christmas break.