Today is the official Jesus birthday celebration, but we've been sharing in family adventures for days.  Ouma, Oupa, Logan, Bree, and Casey all showed up at the Casa de Webb for a memorable Christmas time together.  This was the first Christmas time with the entire Burgess clan at our place.  For the past 12 years the 4 Webbs travel up to Sacramento, but we were happy to host at our place for a change.

We walked through our neighborhood to look at lights several times this season.  Ouma and Oupa know how to get into the spirit of the season even with real snow or cold weather. 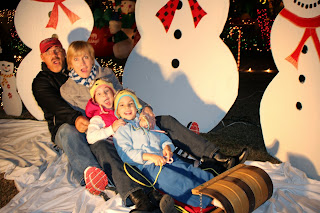 We took our standard Christmas tree pose this year as we have for the past several.  I'll have to go look through the archives and put together a time-lapse of how we have (or haven't) changed.  Easton and Layla certainly have.  They are sleeping and eating more than ever, which tells me they are in the midst of growth spurts. 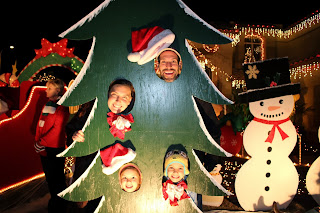 One of these outings included our friends and their family.  The blow-up snowman behind the kids in this next picture has some sort of mechanism in it that bounces around making it look like the snowman is shivering.  The twins and Kayla did their best to act cold. 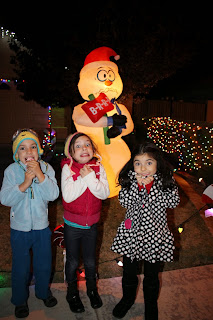 Easton is becoming more conversational as time goes on.  It also helps that Ouma is a good listener.  She does well to show interest in him and give him a voice about even the simplest things. 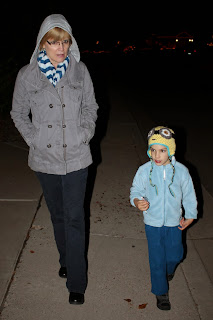 Easton is also growing into a handsome young man.  He's a momma's boy.  I am proud of him for that though.  There are good things that come from a boy who knows how to give and receive love from his Momma. 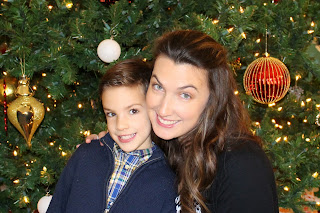 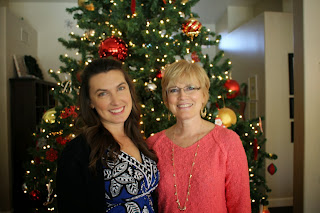 From the moment Ouma walked in the door it is the same as it has always been with regard to Easton and Layla's desire to be around her 24 x 7. 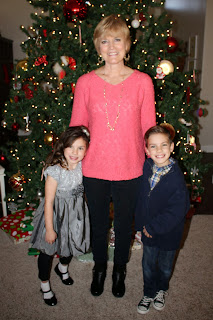 The whole clan went bowling for a good family outing.  Easton did well for a five-year-old.  We cheered him on as though he were an olympic champion.  His reactions show the feedback loop for positive reinforcement. 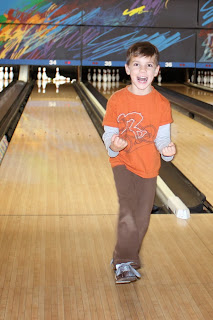 These two pictures below of Ouma and Layla were taken separately, but I merged them into one image to show the humor in how similar they are in their celebratory dance. 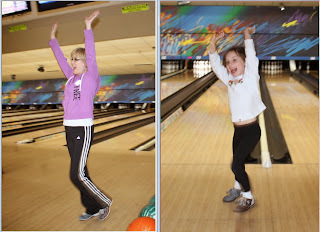 Ouma and Oupa bowled with us through two games.  They set a good example for showing love and PDA in public.  I"m used to my parents being the same way, which is comforting in many ways.  I feel sorry for married couples who don't have the love or freedom to give hugs and be close in public. 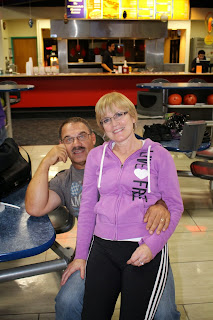 We were especially happy to have Logan and Bree's first Christmas as a married couple in our house.  Sure has been fun getting to  know her better as my sister and have fun times with the brothers. 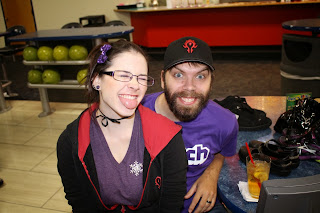 Casey's beard is epic according to most any standard.  Easton gladly sits under the shadow of Casey's beard.  Casey's girlfriend wasn't able to make it down, but according to his assessment of their relationship it is likely we'll see her again soon when we are in Sacramento. 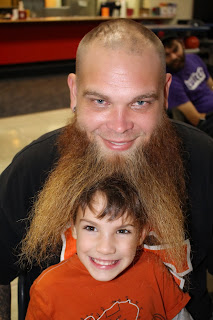 During our Christmas walk it was 50 degrees or so.  We all bundled up because there is no reason to be chilly and uncomfortable if you don't have to.  Bree borrowed Kendra's full length leather and fur coat Aunt Mary gave her a few years ago.  Logan and Bree were naturally kid-friendly to the point where Easton and Layla accepted them whole-heartedly.  They are naturals when it comes to being around kids, which will prove itself to be true in a few years when they have kids of their own. 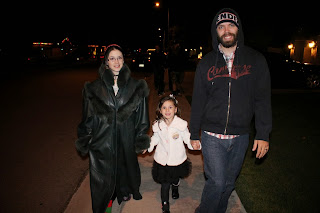 Uncle Casey jumped in the sleigh with the twins for one of my favorite pictures this season.  The twins are having a great time and we hope Casey did during his time with us. 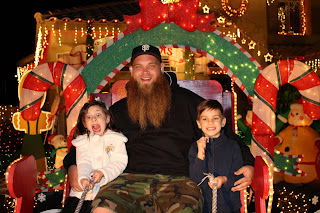 This is the only picture I have of the ladies in the Burgess lineage.  It's silly and not too serious, which is awesome because I'm much more fulfilled by living life to the fullest rather than being stuffy and serious all the time. 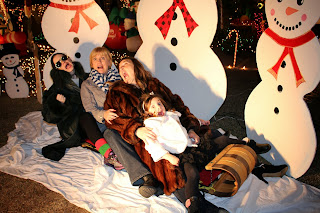 We took another picture in the neighborhood walk experience.  The goal was to pretend to be cold, but we just busted out laughing instead. 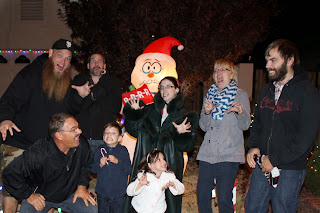 All of us went to our church together for the Christmas eve service.  Because we are consistently gone during this time to Sacramento, it was a real treat to be a part of the evening.  Ouma and Oupa had all of their kids in the same church service together.  No one could remember how long ago the last time was when this happened.  This is also the only time in the entire 5 days of Christmas (for us) where everyone is made up and dressed up enough for pictures. 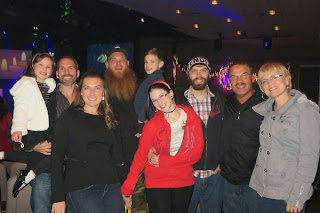 I wanted to take some real family portraits together, but we've spent the entire vacation in our pajamas and sweats.  No complaints though because this is the season where we all need to take time to relax and wear whatever for a few days.

We still have a few days left together and a few adventures to go before everyone heads home, the twins head back to school, and I head back to work.