We keep some toys and games in a rotation so things don't get stale.  I pulled out the marble run box and we spent an evening building a functional marble run based on the instructions.  It survived four days before being knocked down. 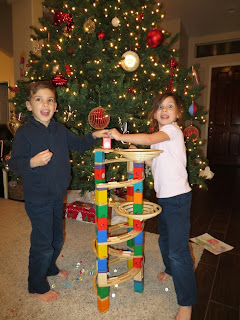 I went to Oregon for two days to meet my new team and do a transition of work from the guy I'm covering for the next 10 weeks.  It was the longest two days i've experienced in a long time.  Not because of the work situation, but because I was away from Kendra and the twins.  I missed two bed time routines, two dinners, and a few hours of playtime.  I ate sushi for dinner by myself.  I've traveled before and it's not a big deal, but life sure is more fun when i'm sharing it with my friends and family. 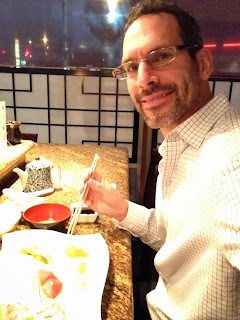 After dinner I had a few hours to enjoy the city.  I drove around and found a street named Bronson road.  How random is that? 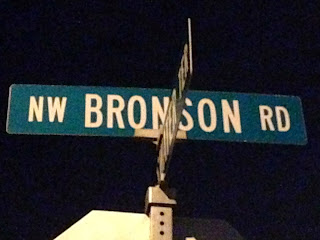 One street away from Bronson road was Krispy Kreme.  Now we're talking.  I drowned my loneliness in a six-pack...  of doughnuts.  Not kidding.  I was so amped up on sugar that I could hear colors.  It was as close to doing drugs as I ever want to get.  We all have a vice.  mine is chocolate covered boston cream-filed doughnuts from Krispy Kreme. 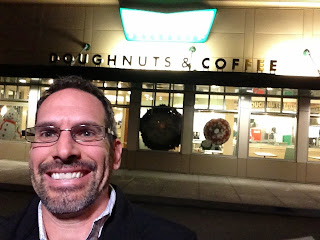 Oregon was cold.  I brought my coat, scar, and gloves.  However, I didn't bring driving skills suitable for snow and ice.  The parking lot and scenery was amazing, but getting out there in it was less than enjoyable. 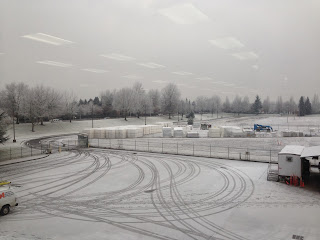 I left the company campus three hours before my flight.  Then I spent the next two full hours stuck in traffic crawling along the highways.  The trip from the airport to my work was 27 minutes.  The trip from work to the airport was two hours.  Not my idea of fun, but I learned a lesson not to travel during rush hour. 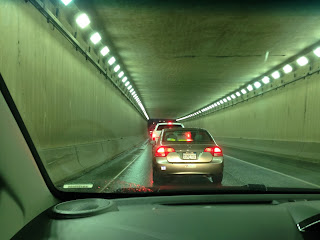 I made my flight with ten minutes to spare before take off.  Talk about a close one!  This sign at my work was telling.  We ain't got those around these parts in Phoenix...  thank goodness. 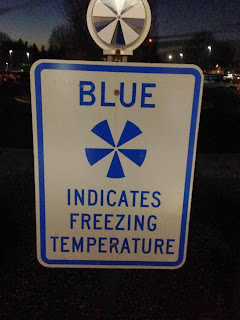 Kendra and I talked about how my trip felt like 4-5 days of being gone.  Everything went well and as planned, but there is just something about being away from her and the kids that leaves me slightly anxious and incomplete.

While I was gone Kendra had her friend April and her two kids stay over at our house.  Easton and Landon played well together.  Landon is a smart 12 year old who knows how to play well with little kids.  and he likes Legos so the two of them were besties. 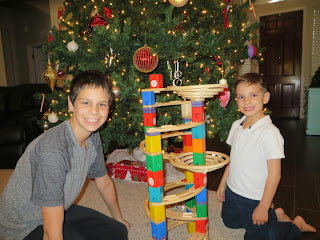 Layla Ruth and Layla Rae jumped right back into friendship as though they played together yesterday even though it's been months since they've seen each other.  Every few weeks Layla says something about missing Layla Ruth.  We were happy to have them enjoy each other's company for a few days in a row. 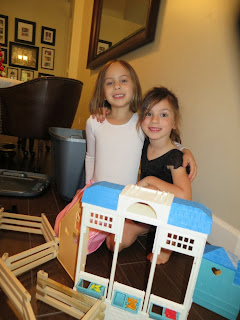 I hoped for more pictures while I was away or at least one with Kendra and April, but I'll take what I can get.  Glad they had a good time together making memories!