Allow me to introduce the newest photographers to the 4Webbs photography studio, Easton and Layla.  I took each of them out for a one-on-one DSLR photography lesson.  I've been taking about 5,000 pictures per year since the day they were born.  My brother bought the twins their own camera for Christmas when they were three-years-old.  Here's Easton with the See Yourself Fisher-Price camera.  The ability to flip the lens around and take pictures and videos of themselves really kicked off their love of photography at an early age. 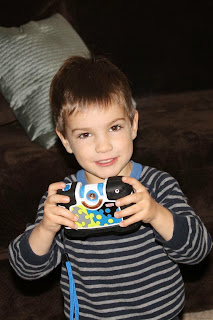 Since then I've allowed them to use my point-and-shoot canon cameras under close adult supervision.  Their desire to be in front of the camera and then look at the image on the LCD has always been fun to experience.

Here's a picture of Layla and I where she's getting a feel for the Canon T3 DSLR. 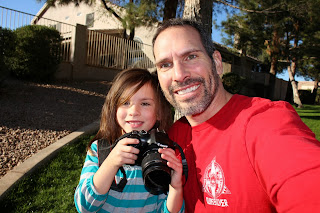 And here is my selfie with Big Time as he listens to my brief explanation of how to hold and use such a camera. 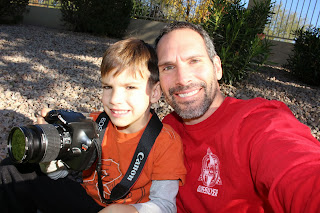 If Easton and Layla are holding my T3 camera, what am I using to take these selfies?  The short answer is: I bought a new camera.  The Canon T5i is the most amazing camera I ever had my hands on and I'm really enjoying it.  The "why" is a long uninteresting story.  However, in full disclosure and confession, I stored my T3 in my camera carrying bag properly, but it slipped out of my hands and cracked the LCD on the pavement even through the padding of the camera bag.  The cost of fixing the LCD was 75% of the cost of buying a new T3.  Then Black Friday came around and I stumbled onto a sweet deal for a refurbished T5i.

Anyway, as I held my new camera in my hands and looked at the broken on in the bag I thought, why not let the twins get some practice and learn?  They loved the lesson and shot about 25 pictures each.

Layla said something like, "you don't need to teach me, Dad.  I already know how to use a camera."  Then she proceeded to grab the camera underhanded by the lens and ask which button takes the picture.  Even so, she has a real eye for beauty and creativity. 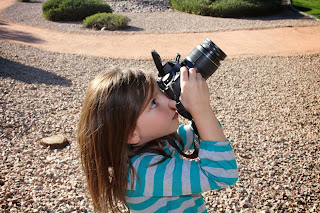 Easton is so much like me it's scary.  Methodical, consist, structured...  He listened intently and watched how I handled my camera then did the same thing with his. 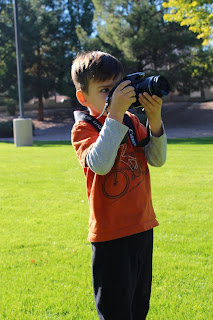 Layla pointed the camera at me and told me to make a silly face.  I'm not used to being on this side of the camera so this was as good as my silly face gets. 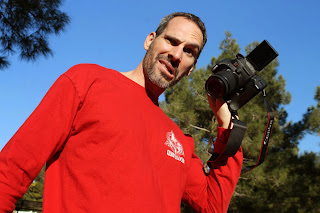 Layla saw a rose bush across the greenbelt and we carefully chose just the right rose to take a picture of.  This is uncropped and unfiltered.  Layla's 4th picture ever is better than any I've taken for the past 5 years.  So be it! 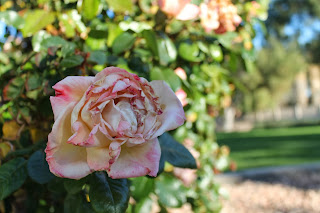 Layla saw a neighbor girl and her mom on the playground.  She met the little girl and asked to take her picture.  The mother gladly agreed.  The neighbor girl was ecstatic about being in Layla's picture.  Layla never met a stranger. 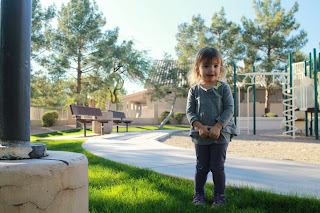 I introduced the concept of a macro close-up image.  We found some bees on a yellow bush.  Layla was not interested in getting close enough to get a good picture of the bee, but her fear of bees is healthy in some ways because it keeps her from getting stung. 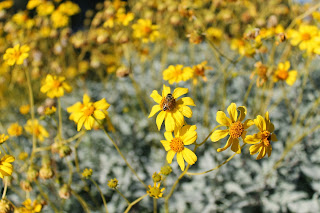 Easton spotted a bee and put the camera lens right on the poor little guy.  Once he figured out the appropriate distance to take a macro shot it turned out really well.  I displayed his pictures on the TV inside for Kendra and Layla to see.  I enjoyed his excitement to show the images he captured. 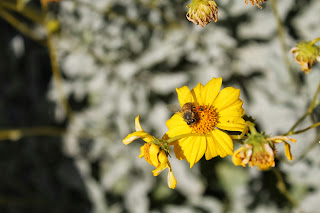 Layla's ability to capture scenes is pretty amazing.  For a five-year-old to think in her mind "i want to get a picture of the playground" and end up with this is impressive. 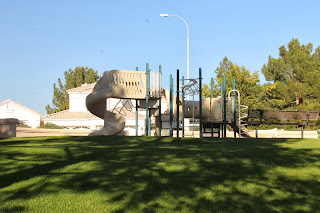 No, I didn't photo-bomb Layla's picture.  She was taking one of me and this was one of the first few where she was figuring out how to put the subject in the center of the frame. 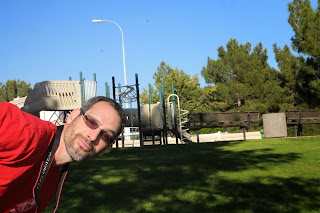 I couldn't resist taking pictures of the twins.  Layla is my beautiful princess, full of life and talents.  She can do and be anything she wants.  The fact that she knows this and is confident about herself is one area I claim some responsibility for. 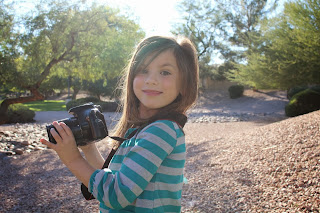 Easton took a picture of me also.  Had I known I would be the subject of their pictures I would have been dressed more appropriately. 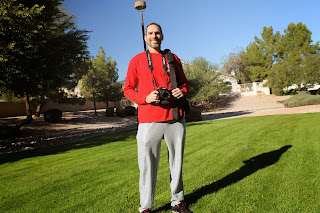 Layla taking a picture of me taking a picture of her.  We did a lot of laughing during our so-called camera lesson.  This was photography 201.  They learned about the green square setting (automatic) and the flower setting (macro) on the dial.  That's enough for the first day out. 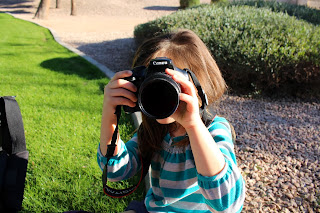 Easton's passion for photography sparked this day.  He was excited and interested in everything we did.  I had to bribe him to go inside and end our session by assuring him we would show Mom on the big screen TV. 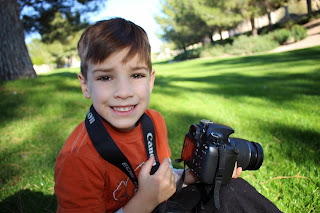 I don't have any expectations of what he chooses to do with photography, but I want to expose him to as many different life-skills as I can.  The chance to teach him these basics is such a privilege and honor.  The peculiar part of this experience for me is that Uncle Dave taught me how to shoot photographs in this exact spot many years ago.   I'm happy to pass on the knowledge and skills passed down to me. 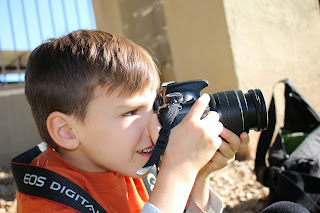 He asked me if I would take him for a hike up South Mountain with our cameras to take pictures of the airplanes and the city.  Why, yes!  Yes, I would love to do that, my boy. 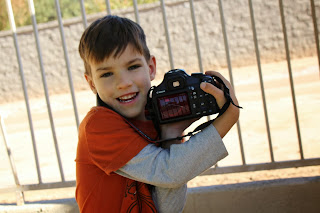 Some of my hair-brained ideas for adventures turn out poorly, but for every one of those I have five that build their character, our relationship, and their experiences of life.  I'll take those odds and the occasional let-down of doing something lame for the times it works out really well.  I'm not sure if I'll keep the old DSLR or try to sell it, but as long as I have it we'll do some more adventuring.