Three Days of Missing Them

The 4 Webbs are healthy, happy, and ready for the weekend.  The concept of "weekend" didn't mean much to the twins before kindergarten except church.  Now when I say the weekend is coming they get a excited.  I think it's time to break out the Blues Brothers song, "Taking Care of Business" for our breakfast tune.

The devotional during breakfast is starting to feel like a normal part of our morning routine.  I've had a tough time finding an age appropriate devotional though.  Every one so far is much too deep and covers topics such as parenting and dealing with financial struggles.  They could care less about that stuff and I'd like to keep it that way for the sake of their childhood innocence.  Also, I dislike having to boot up the Galaxy Tab and load the Kindle app and find a devotional that they will "get".  So I went through Amazon and bought two used books based on user reviews:

Five-Minute Devotions for Children: Celebrating God's World as a Family

Leading Little Ones to God: A Child's Book of Bible Teachings

I'll give a report out after a few weeks.  We were invited to our friend's house for dinner and a swim. Well, I swam with the kids as they performed like Sea World dolphins for Kendra and the family we visited.

Inside we busted out the board games, including twister, which they hadn't played before.  Layla is more flexible than I thought.  maybe she is built for gymnastics?  We still need to get her into ice skating for a trial lesson to see if that's her "bag". 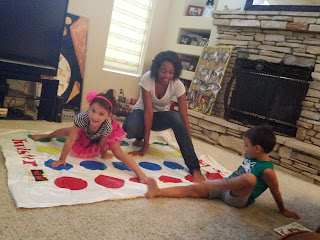 Easton had a good time calling out the yoga poses he was doing.  Not sure how many 5 year olds know a good yoga pose when they see it, but ours do! 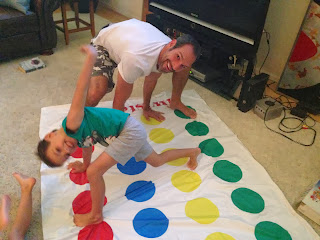 At church Easton and Layla are little socialite butterflies giving out hugs and smiles to our church family.  There's a guy named Mike who was assigned to our church to work off community service hours.  He likes being around the church people so much that he stayed on as a facilities guy.  he's a raw, new Christian and a real hoot to be around.  He has that newness of life glow and none of the religious spirit about him.  Anyway, after church he went out to his car and brought back a full bag of M&M candies for each of the twins.

Giving leads to giving and smiles lead to smiles.  That's the way life works and the twins are blessed because they get this principle as much as a kindergartner mind is able. 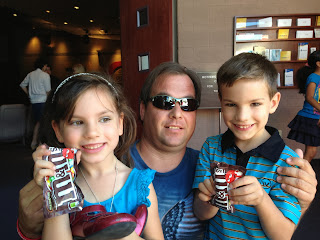 After church we went to Betty's house where they cooked a Puerto Rican meal.  Their daughter has a kid's guitar that caught Easton's eye.  He picked it up and strummed a few times. 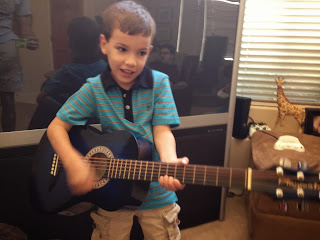 I had him stand in front of me with my arms wrapped around him.  I used my left hand to press the strings down into chord formations and he strummed a few times.  He stopped with stunned silence as if he just won the lottery.  He smiled and said, "do that again, Daddy!"  for several minutes we played some songs and he walked away believing he is a rock star now.  Oh, the faith and hope of a child...

I spent three days in Sacramento for work  on the flight there and home I read through the book, "Man's search for meaning". 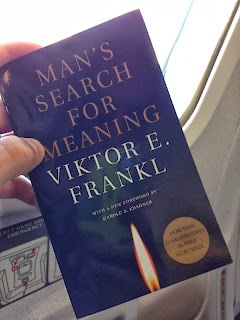 What an intense book.  It's not a difficult read, but I had the hardest time comprehending the physical conditions and mental anguish that accompanied living in a concentration camp.  The biggest tragedy is that there are people around the world right now living through the same nightmarish hell he endured.  He didn't have a single tangible thing to his name and ate a small piece of bread each day.  Part of me feels grateful for the blessed life I'm living and part of me feels almost embarrassed about the lavish lifestyle I (and we as Americans) have when compared to how the rest of the world lives. The book moved me, but I'm not sure to what or in which direction.  I'll be thinking about this one for a while.

When I was hanging out with Ouma she showed me some pictures she captured on her phone during Logan's wedding.  I found these gems and want to brag one more time on how hot my wife is and was during that dressed-up event. 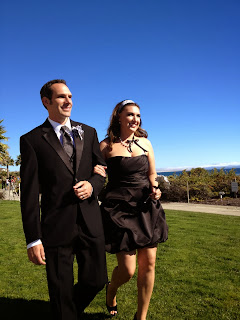 I didn't get many pictures of the twins walking down the aisle so this was a treasure to find as well.  They talked proudly about being the ring bearer and flower girl to all of their church friends and classmates. 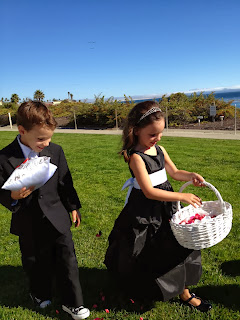 Kendra and I haven't had alone time in the past few weeks and Phil Wickham was in town for a concert.  The combination of our desire to spend time together and our enjoyment of his music led us to spend the $18 for two tickets and take the long drive downtown for the special event.  I'm glad we went.  He is so awesome to watch live.  Just a guy and his guitar... and a few hundred college students. 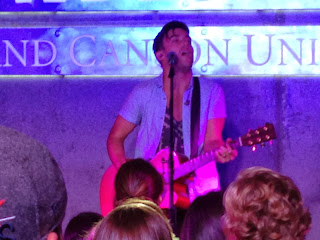 We've seen him live several times, but this was by far the closest we been.  The venue was small and we had great seats.  Well, we didn't have seats because it was standing room only throughout the concert area.  i guess you could say we had great "stands".  Our backs were sore from standing for 2 hours, but we had so much fun singing along to his Jesus karaoke that it didn't matter.

I couldn't help but think how I'm old enough to have a kid in college!  So bizarre and old-feeling to know that if I had a kid at age 20 that he/she could be in the crowd of college students.  for a few minutes I stumbled back through my memories thinking, "what have I accomplished in the 20 years since I graduated high school?"  Then I proudly held my arms around Kendra knowing the relationship we have been building for the past 13 years is about the best thing I can point to.

Life moves at the speed of relationships.  Mine is moving plenty fast.