Allow me to redefine the term "soccer mom".  There is a huge negative connotation associated with the term and it is usually used as derogatory label.  As with most things, the 4 Webbs are not normal when it comes to how we live and parent.  We have no desire to be normal because we were made for more than that.

A little background:  Kendra played soccer since she was in elementary school.  She was and is good.  really good.  Two years ago she underwent arthroscopic knee surgery because she was in such pain and immobility.  The surgery was a success in that they removed some arthritis (not sure how they do that).  Her recovery has been slow, but a few months ago she realized her full range of motion is back and the pain is still gone.  She's been doing Zumba and aerobics and other fitness activities, but playing competitive soccer is still not in the cards.

A few months ago we asked Easton and Layla if they want to play soccer.  They both individually agreed so we signed them up for a local league.  The coach is injured so Kendra agreed to be the assistant coach.  Yesterday was the first practice.  Kendra coordinated and coached the whole thing with minimal input from the head coach.  He was perfectly happy to let Kendra develop the rookies.  Kendra was in her element where her passion and talent was on full display. 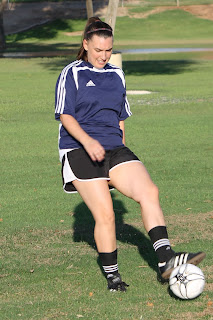 Easton and Layla had a blast.  We were relieved to watch them enjoy the new activity and environment. 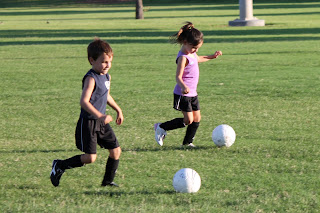 Apparently I've been volunteered as the team photographer.  We all have our role in life, right?  As the twins were waiting on the sidelines they saw me taking pictures.  I didn't even have to say "smile!" or "say cheese!"  They just gave me their best pose and waited for my encouraging words. 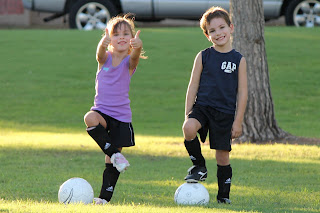 Layla missed the ball as she threw it in the air, but she has great strength and flexibility. 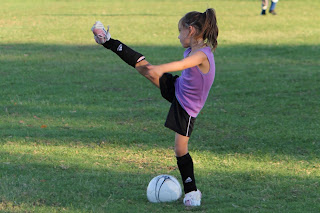 Easton didn't get discouraged.  that was a my concern.  Occasionally he loses heart and gives up if he isn't as quick or the best at whatever activity he's doing.  On the soccer field he fit right in and accepted whatever place he was at the end of each drill and how well he did or didn't do with the skill being developed.  He has a desire to do his best, but isn't so competitive that he is first place at all costs.  I consider these to be good traits. 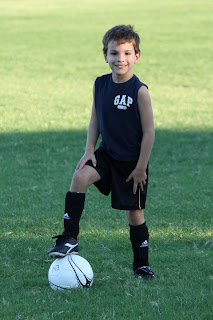 There were plenty of celebrations and congratulations from the parents and coaches for doing even the simplest of tasks.  The five member team all responded well to the cheers.  Easton has always been good at receiving accolades.  I shouted, "Way to go Easton!  I'm proud of your dribbling skills!"  He was proud too. 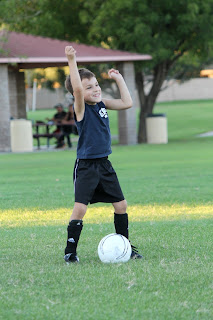 Speaking of being proud.  I enjoyed watching Kendra as much as watching the twins.  She was beaming with pride as the twins performed the drills.  This is how I describe a soccer mom. 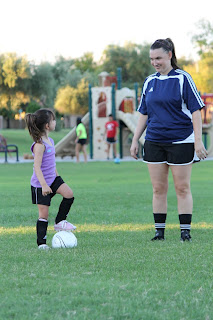 Coach Kendra earned respect from the team, coach, and parents with her cheerful attitude.  I wasn't sure how well the twins would transition from Mom being the boss at home to coach Kendra on the field.  I'm impressed with their physical capability and receiving instruction from Kendra. 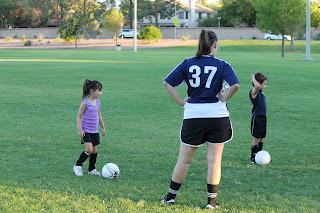 I have high hopes for the twins as soccer players, but if they lose the passion after the season is over we'll move on to something else.

The twins looked great in their soccer outfits and poses with the ball! I know Kendra will be a super asst. coach. If she has anything to do with keeping the twins involved in this sport, they will be doing it for quite a while. Miss you all so much. Love ya gobs, MOM

love Love LOVE this post! So wonderful to see K doing something she loves in a whole new way. Warms my heart... -tam