After not seeing the twins for several days in a row last week we made up for lost time with lots of Daddy adventures.

Monday night included a trip to the dollar store and Culver's hamburgers.  Kendra hosted a party for our friend to sell snake oil or whatever the bottles of witches-brew potions had in them.  I'm all for homeopathic medicine so whatever Kendra wants to support is fine with me.

Tuesday was soccer practice where the parents played the kids.  The parents won because one of the dads had a 'show no mercy' attitude.  he scored all three goals and knocked two of the kids down to the ground by playing too rough!  Kendra went to Bree and Logan's house for some family togetherness.  I'm happy we have family in town to hang out with.

Wednesday was ice skating time with just Layla and I.  This is working out to be our special time together each week.  I lace her up and send her out on the ice for an hour while I sit comfortably in the cold stands.

Thursday was the big outing.  It started with a dinner at the Pita Jungle.  We ate our weight in hummus and pita chips. 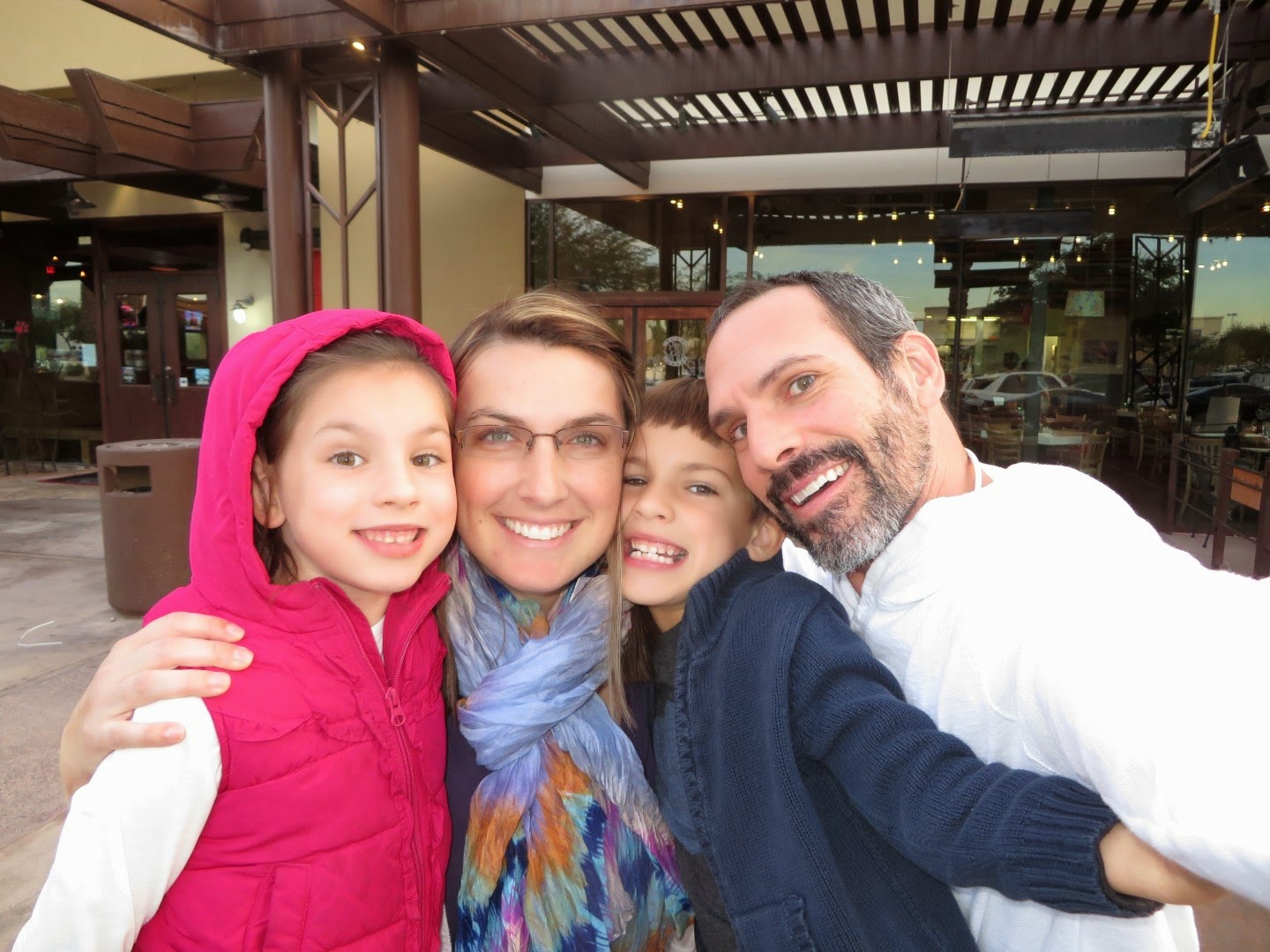 The 4 Webbs headed downtown as the twins anxiously guessed at what the surprise event might be.  I told Easton three days ago.  no matter how much i tried to convince him he would never guess it, he kept trying.  We strolled around down town to kill time and ended up in Charming Charlies where Layla found the perfect chair.  Completely pink and just the right size for a princess like her. 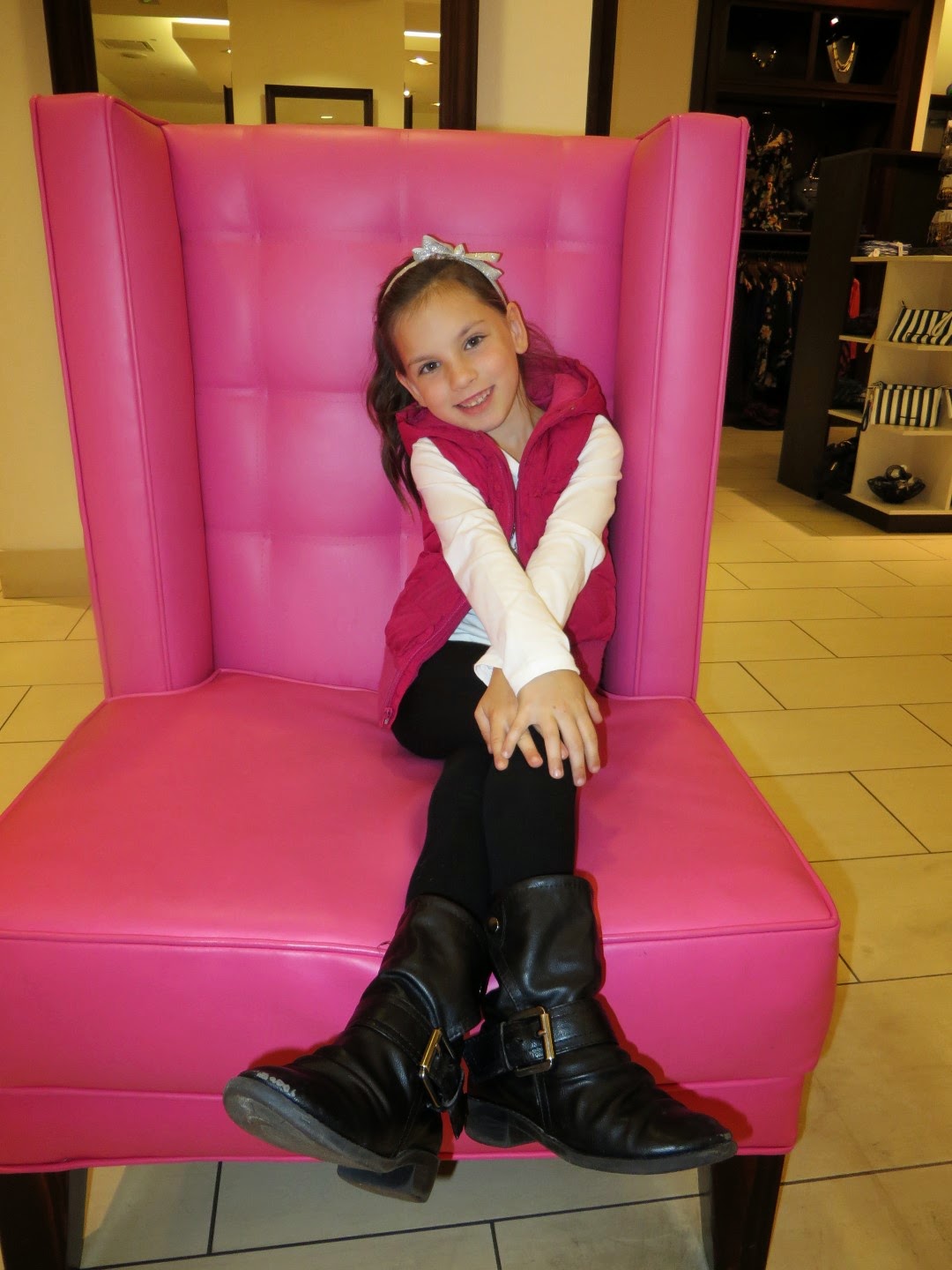 Inside the arena there was an advertisement for the Marvel Universe Live, which is coming soon.  They weren't very intense about showing their super hero powers. 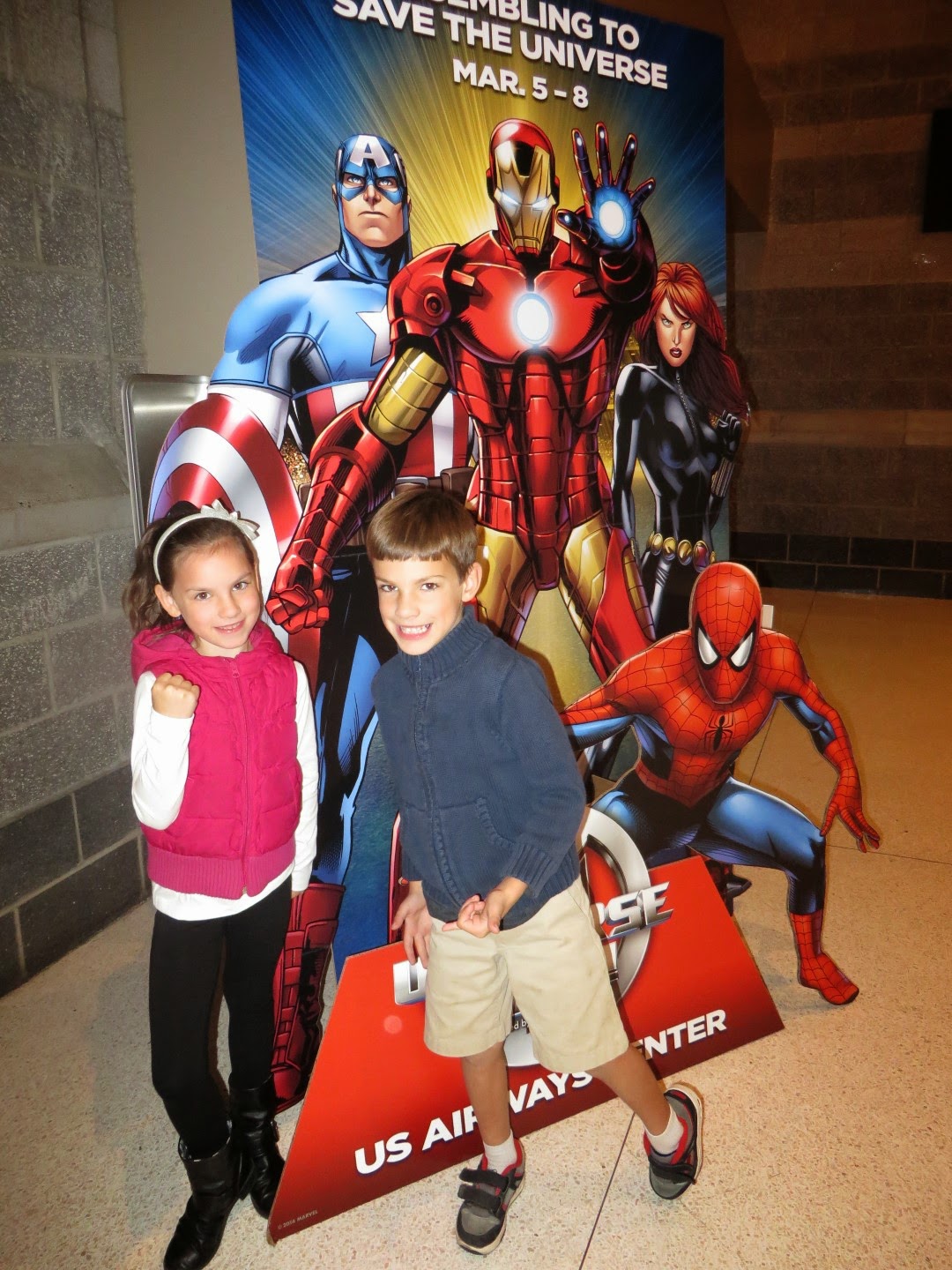 The sunset with the buildings around us was an unusual experience for us suburbanites.  Easton noticed how noisy and chaotic the downtown scene is.  He told us how happy he is to live in our neighborhood where the streets are quiet. 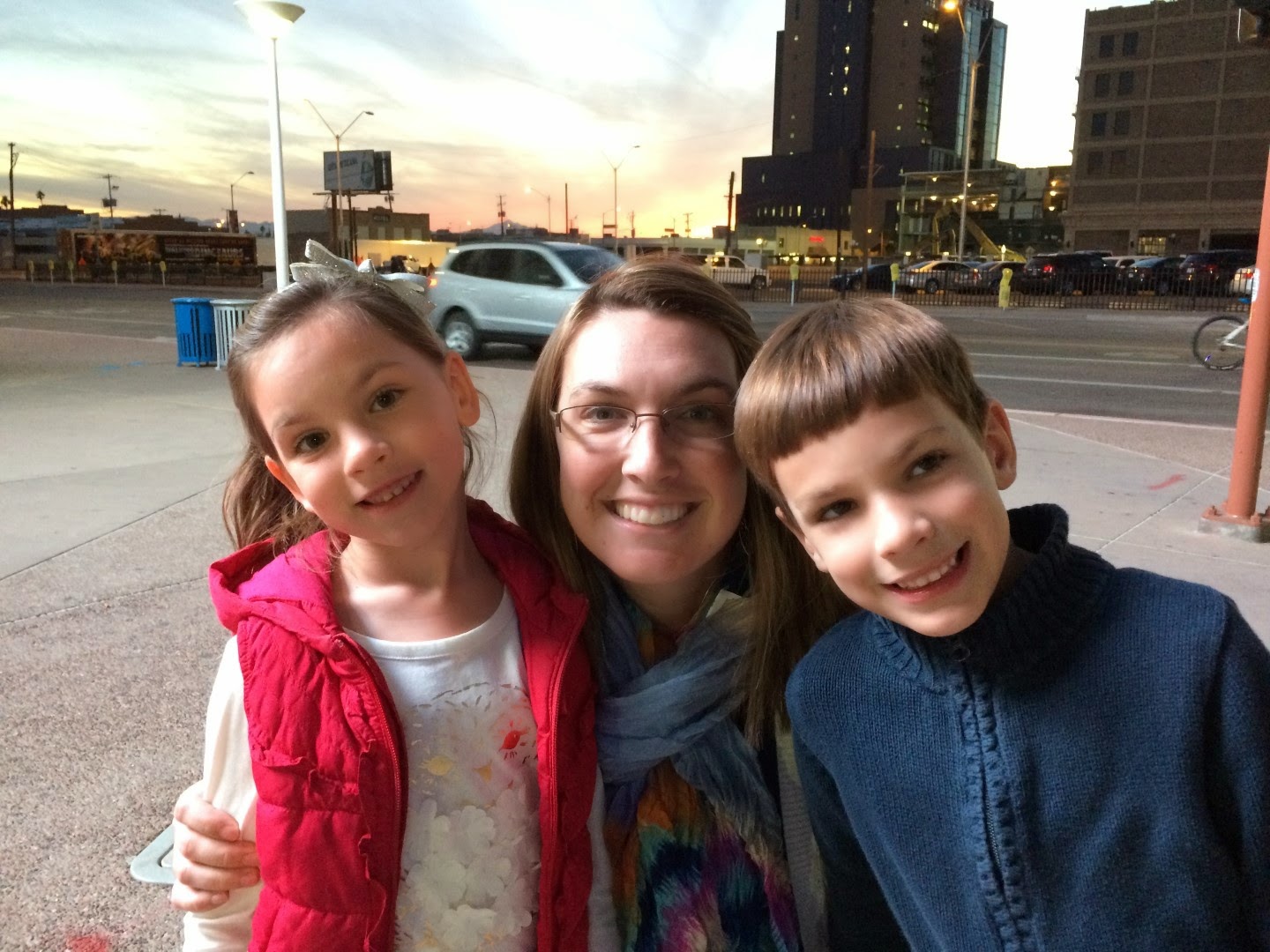 It was finally showtime.  We walked in to find the entire arena set up like a prehistoric world.  The twins had no idea we were about to see the show called Walking with Dinosaurs.  I won the tickets from work so it was a no-brainer about whether we would go or not.  4 tickets = $168.  that's not a typo.  it really costs that much for 4 tickets.  I'm very thankful we got them for free! 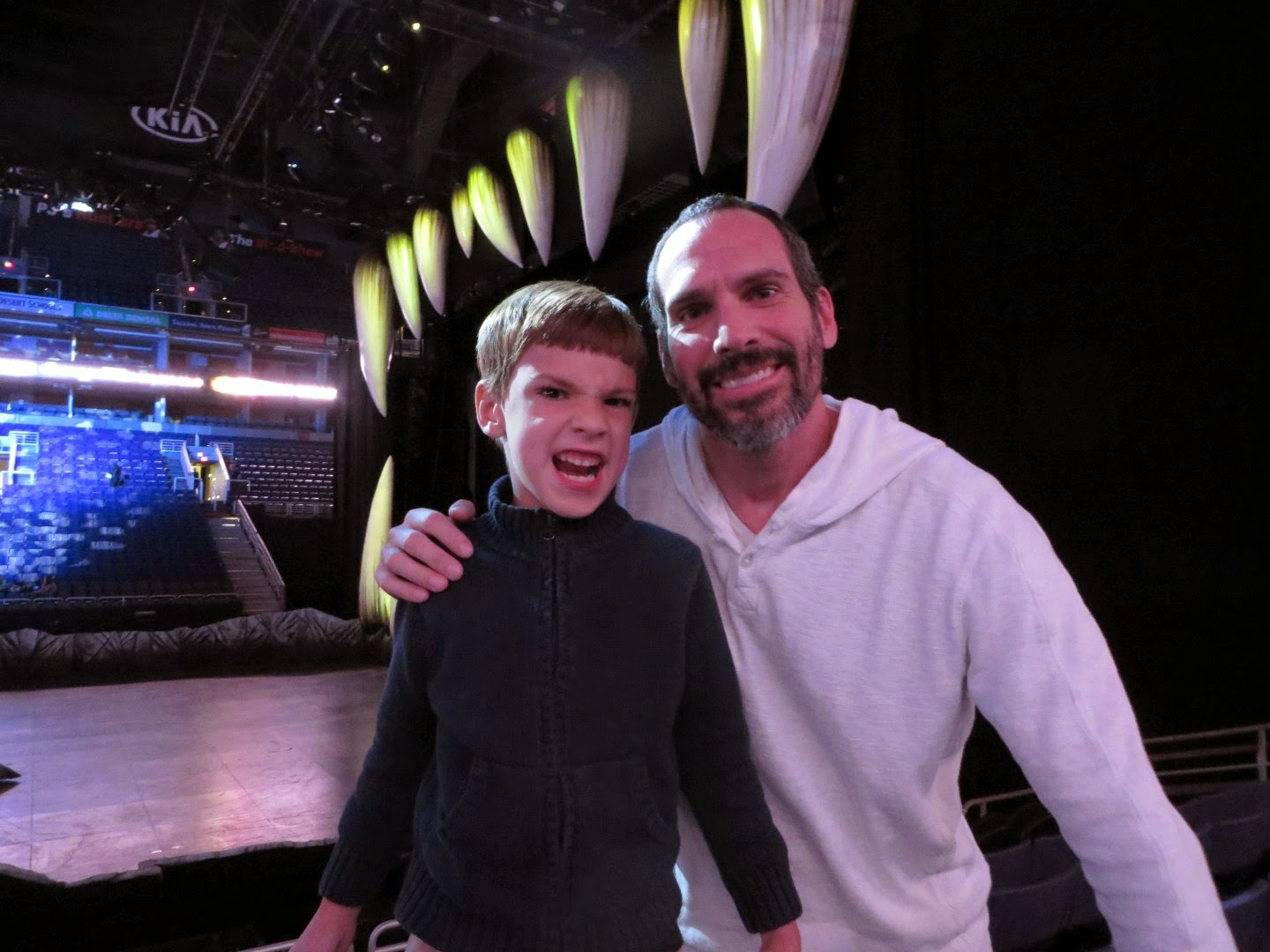 At this point in the evening Easton and Layla still had no idea what to expect.  they thought it was going to be a movie displayed on the wall where the teeth were. 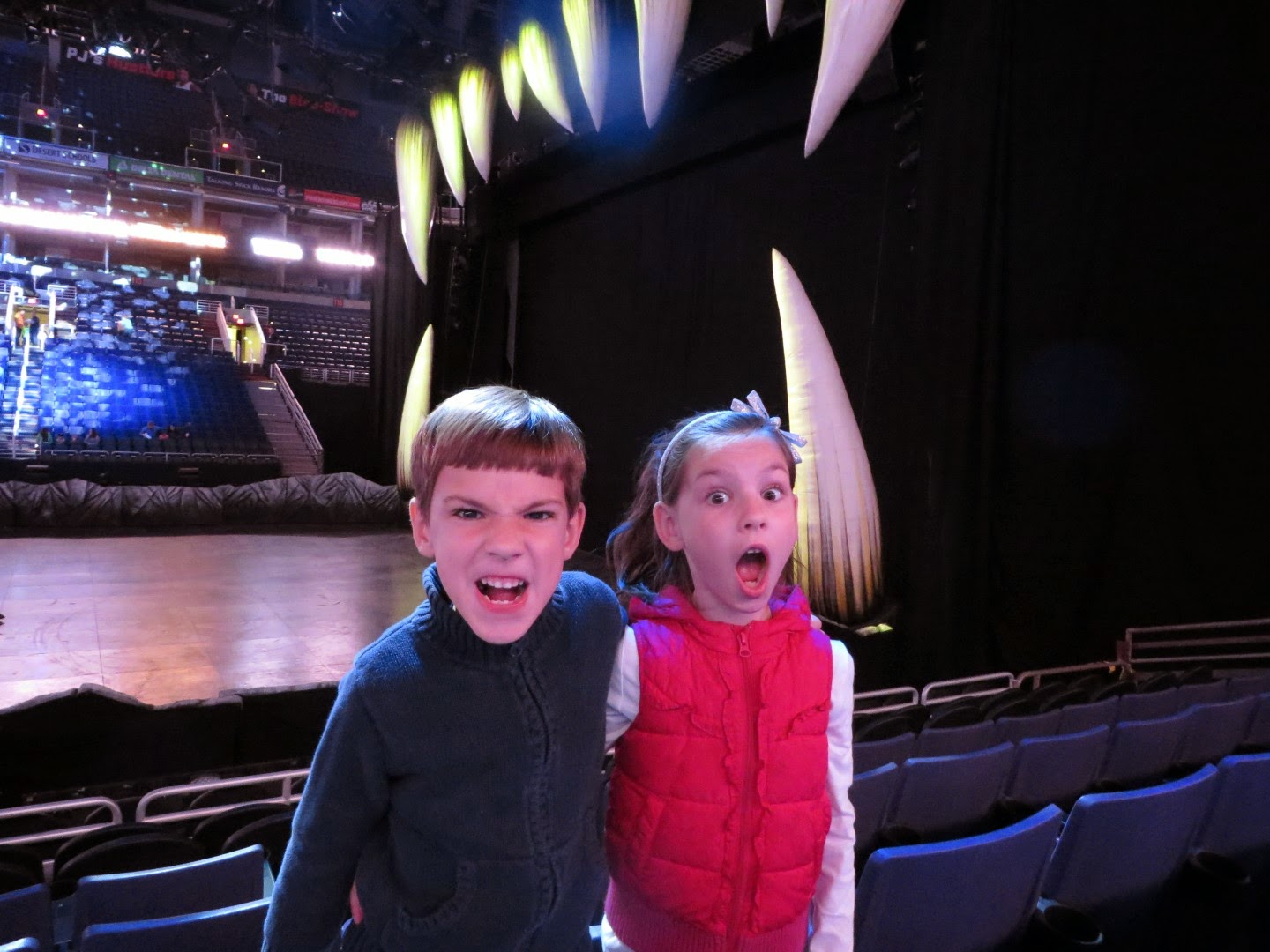 and then life-sized dinosaurs came wondering out into the area.  Check out how small that man (the narrator) is compared to the gigantic brontosaurus. 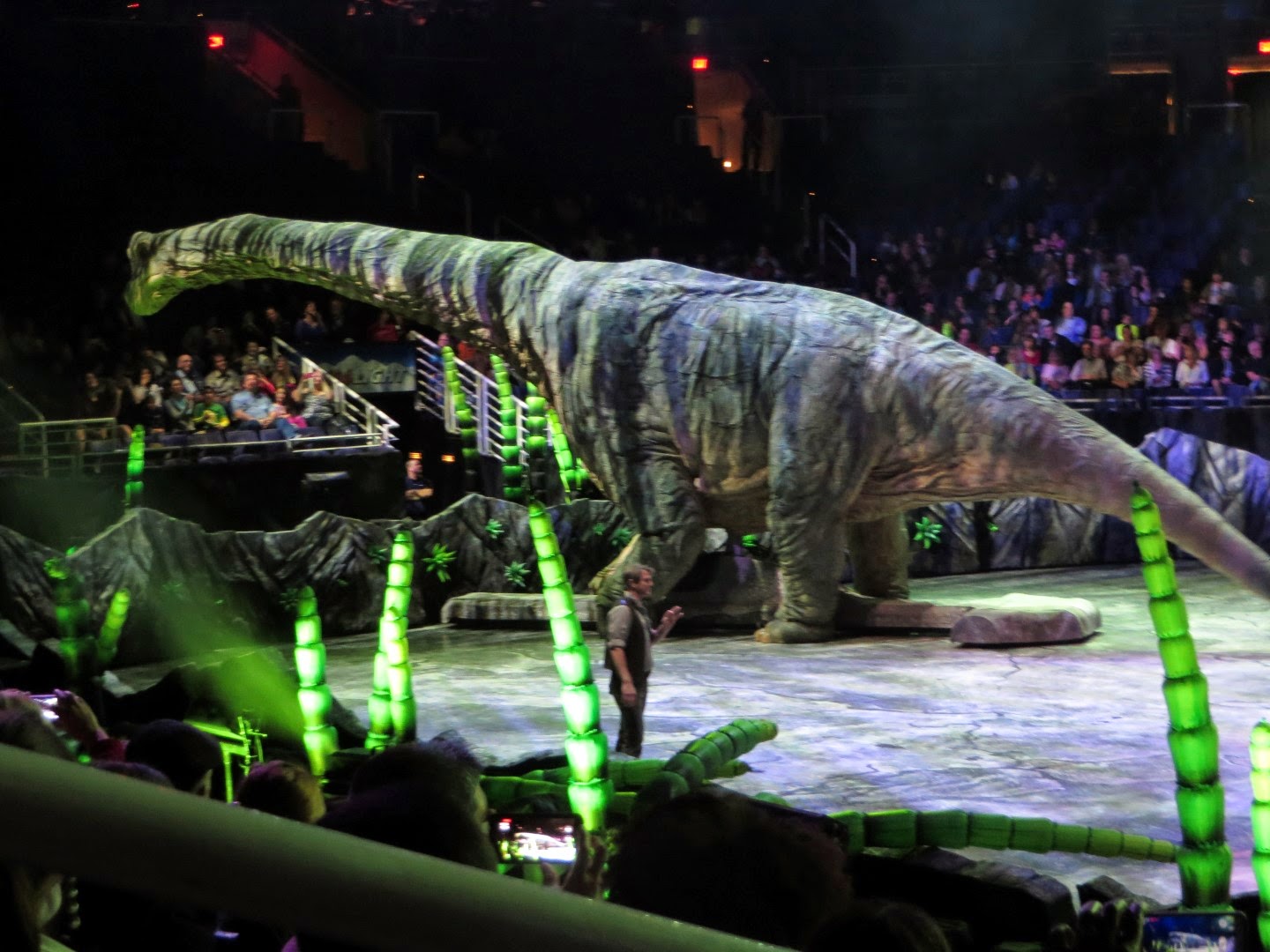 The dinosaurs looked very real and their movements were amazingly life-like.  We watched two triceratops battle for leader of their herd.  The music and sound effects made this a very well-planned event. 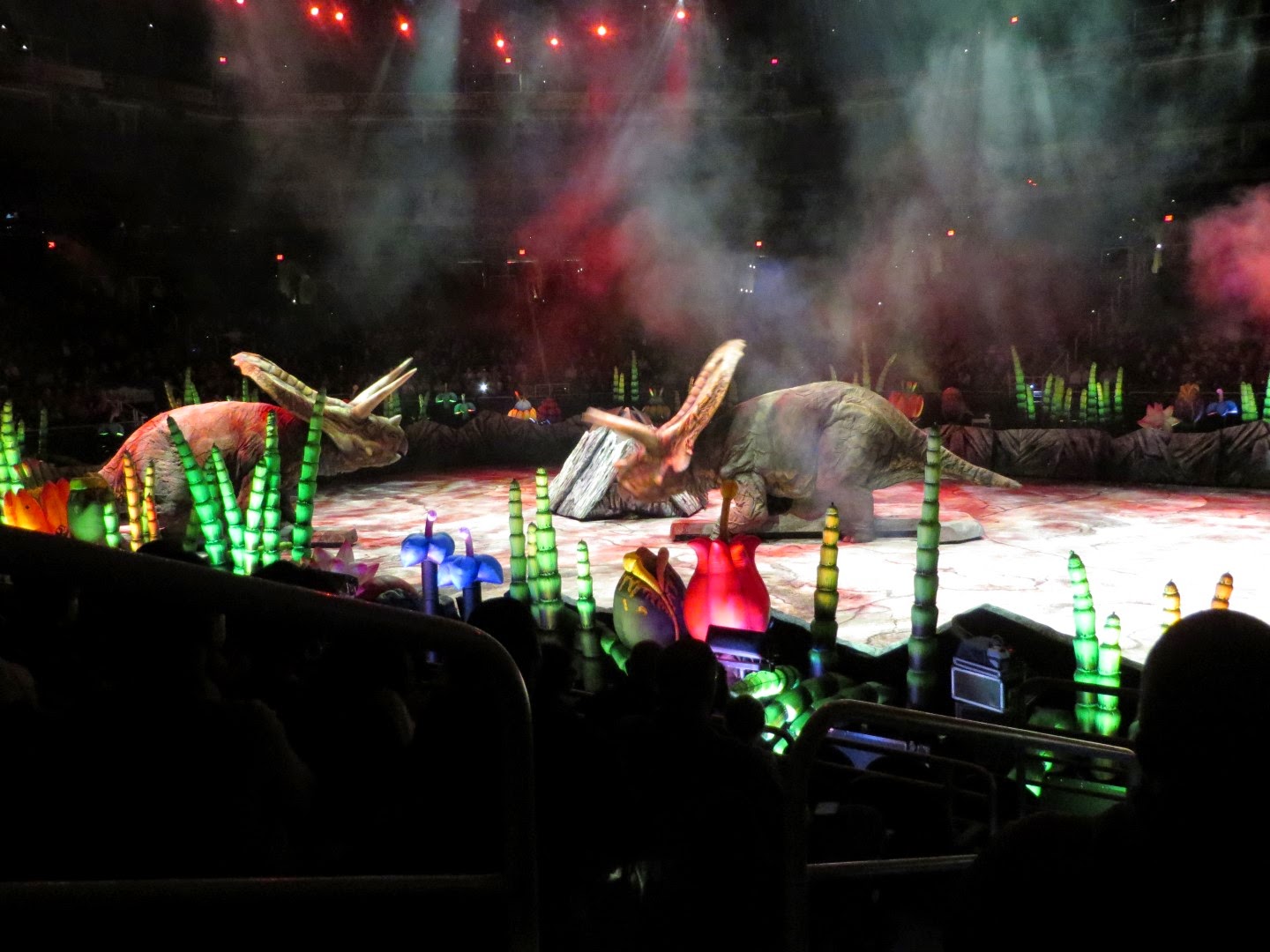 To put this into perspective, the smaller dinosaur below is a costume over the top of a man.  You can see his legs just inside the dino legs.  The Ankylosaurus has a man seated just below its belly in a race car position.  he is driving it.  I read that it takes 4 people (some remotely) to operate each of these beasts. 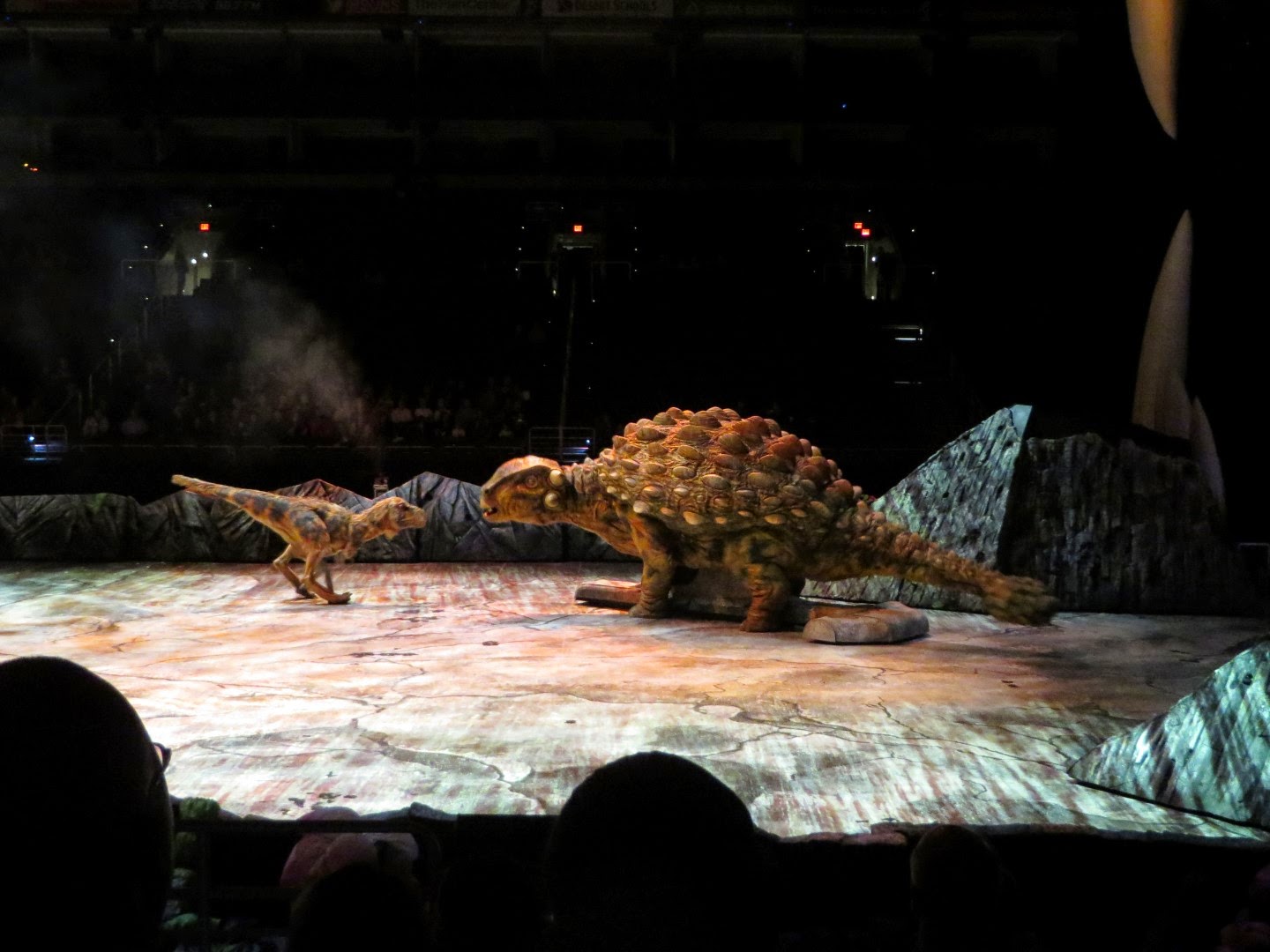 The pterosaur came down from the ceiling and flapped its massive wings slowly.  It's hard to see the scale, but this thing was probably 20 feet across the wingspan. 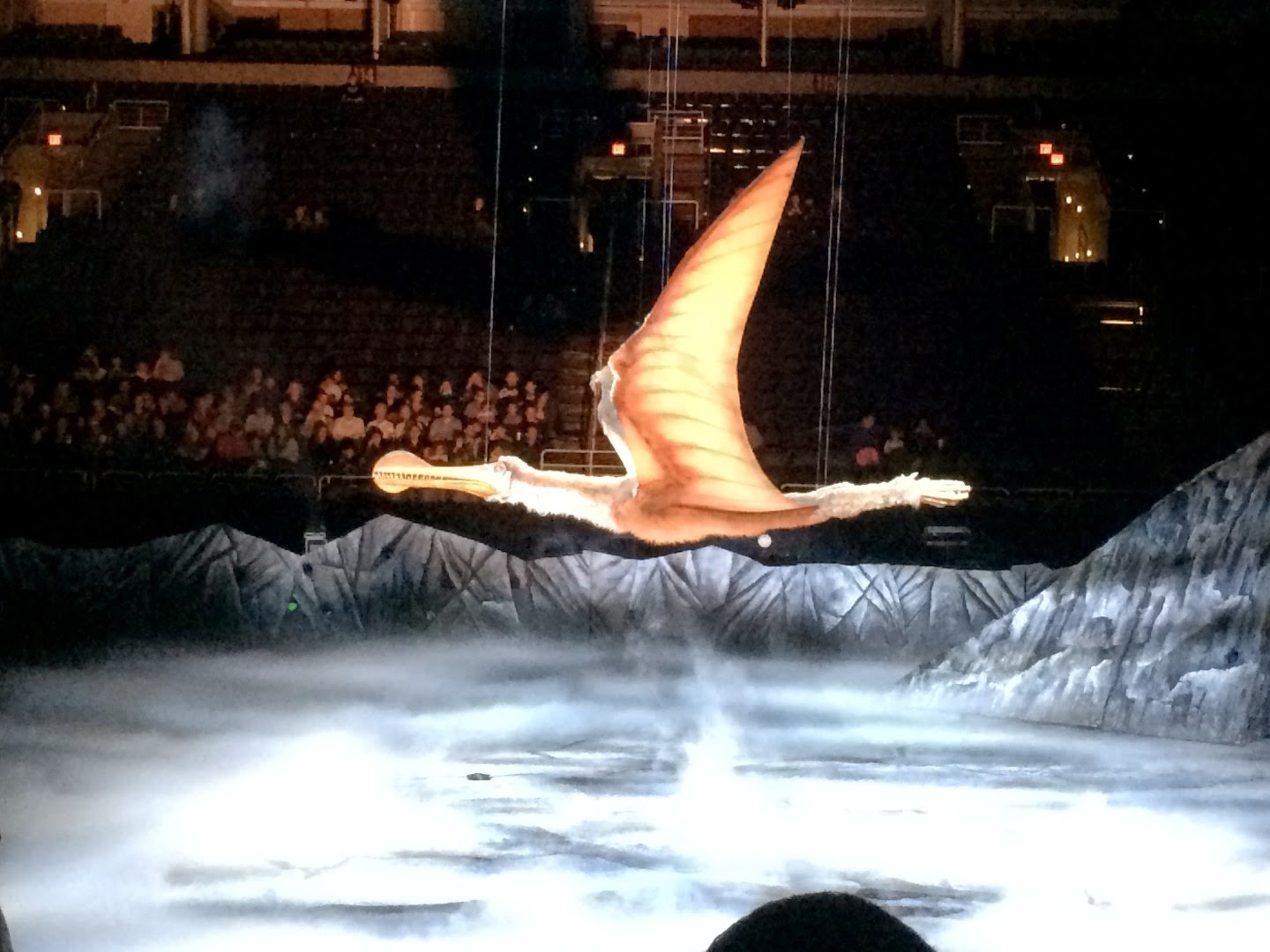 and the big finale was the massive T-rex.  wow, that was intense.  neither of the twins were scared at any time in the show, but hearing that roar and seeing the magnitude of its size was nothing short of amazing. 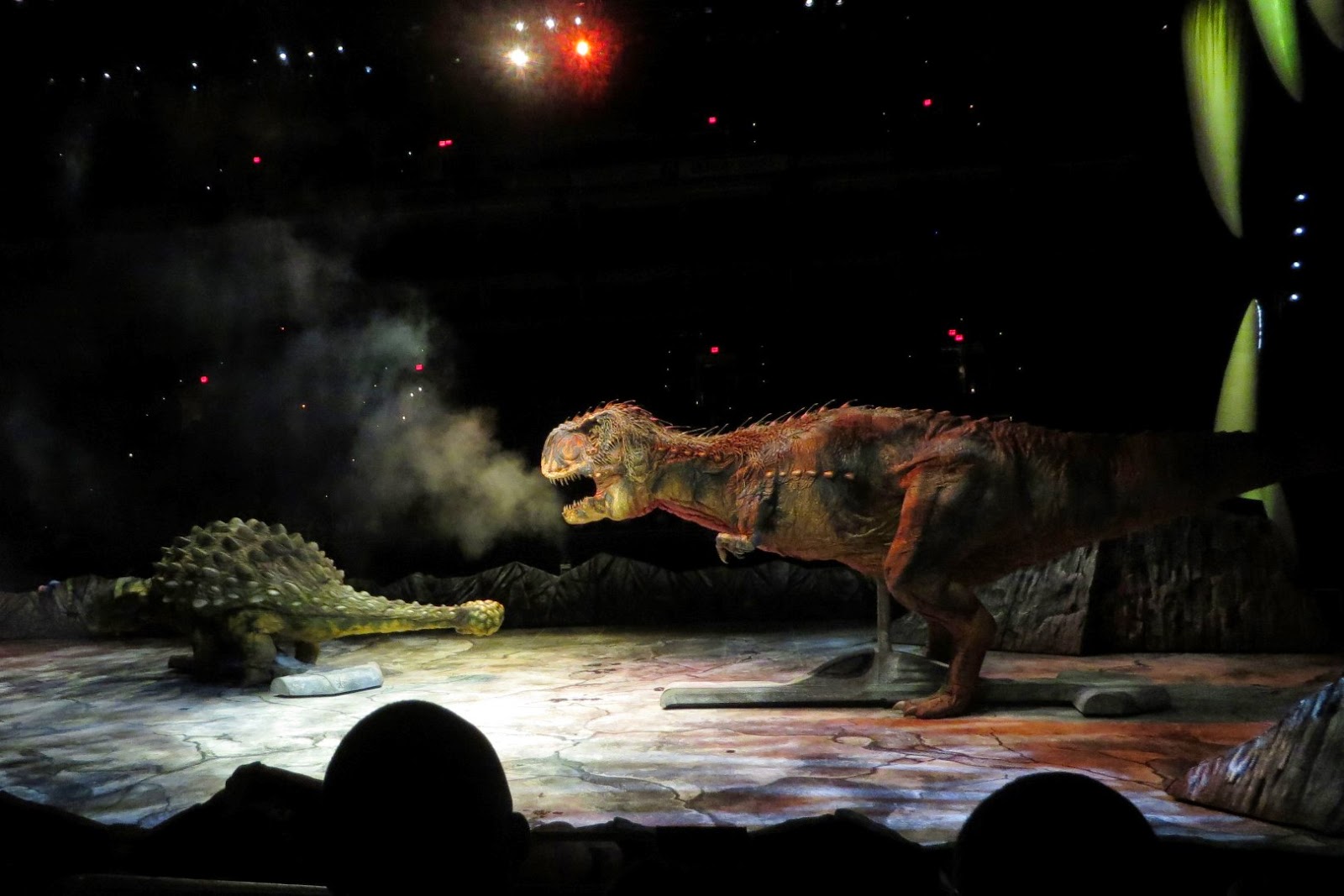 Was it worth $168?  Not a chance.  at least, not to me, but the show was great and I highly recommend it, if you can afford it.  Considering the tickets were free I was completely satisfied with the experience.  Easton asked, "when can we come again"?  I was honest about the low likelihood he would ever see it again.  What a great experience though!

After work one evening I took the double impact of Easton and Layla running at me for hugs.  They ended up around my legs and asked me to walk with them.  I stepped slowly like a giant dinosaur down the hallway as they hung on and laughed.  they are both getting so tall and so heavy that I'm not sure how much longer I'll be able to walk with them attached to my legs.  they keep growing quickly just like everyone said they would.  I'm enjoying every moment to the fullest. 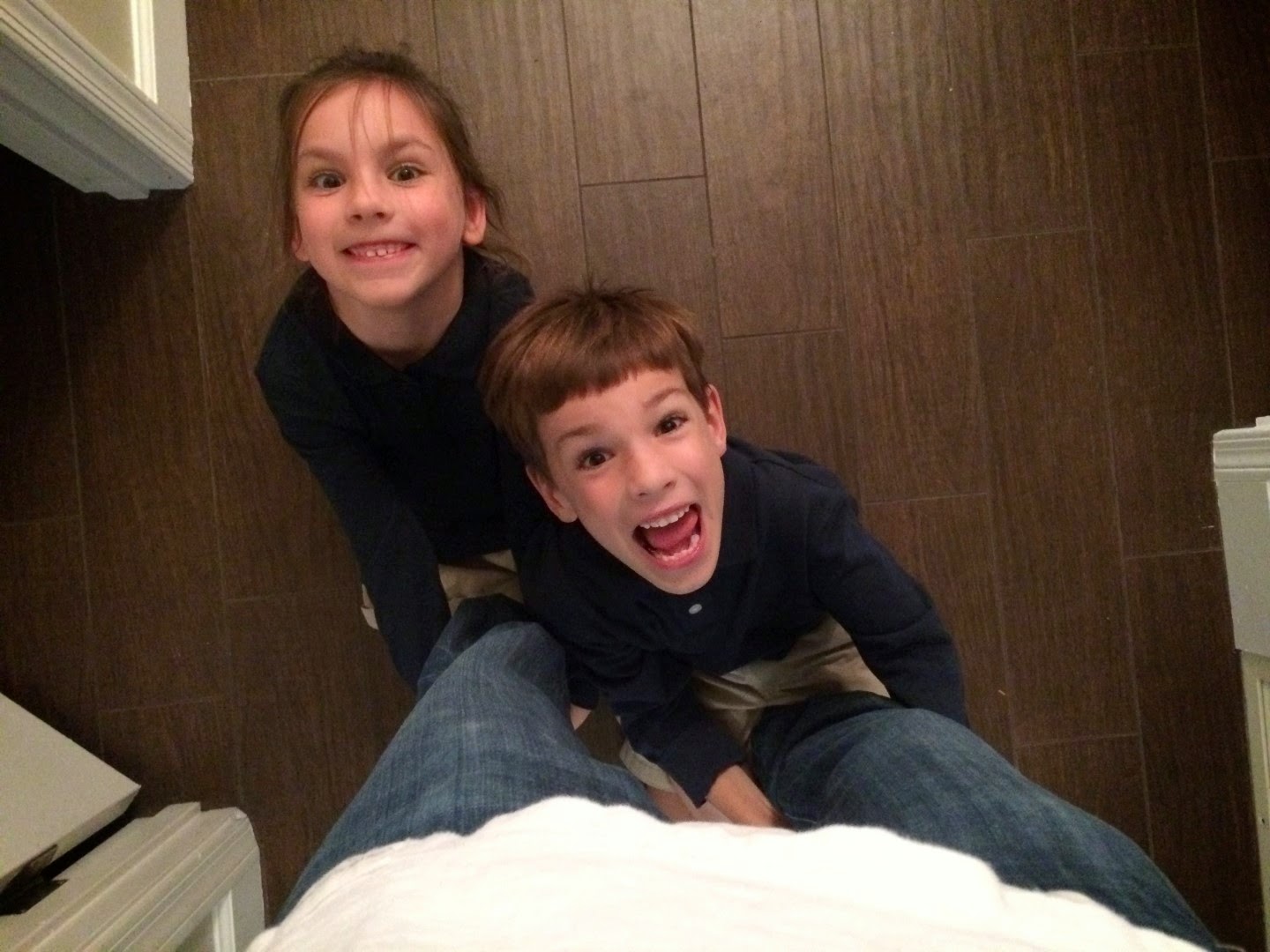 The other thing I haven't done much of lately is ride.  I am excited to ride every chance I get, but haven't had much chance in the past two weeks.  I went out for an easy solo ride just to get my heart, lungs, and legs pumping a little.  Being away from work, church, and my family for an hour or two is very therapeutic! 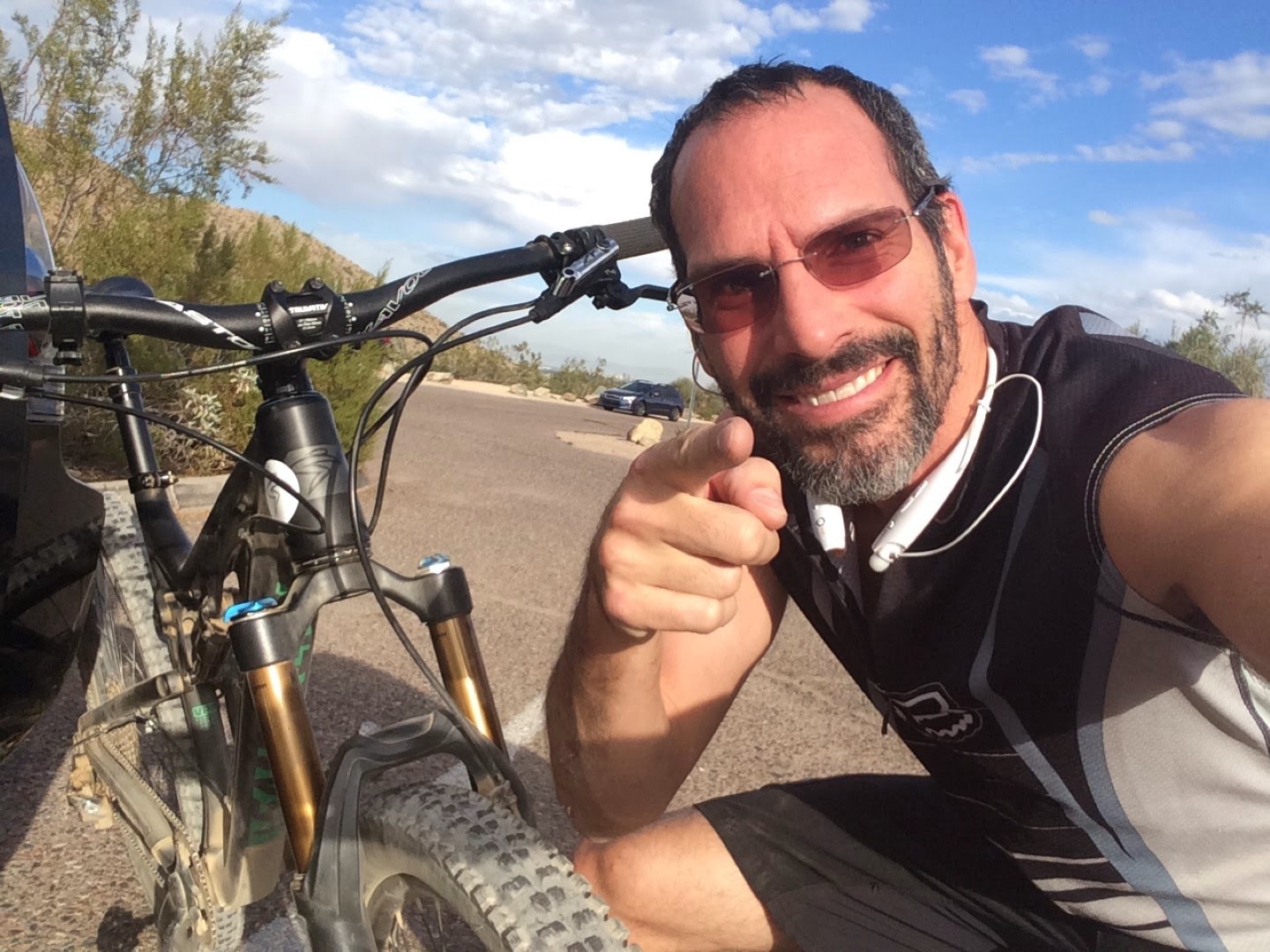 What a neat smile you have in the last picture! Glad you got some bike riding time in. Love ya gobs, MOM

Thanks, Mom! I originally sent that picture to Jeff and Rhonda to say I was praying for them while I rode. Getting out on the mountain bike is my most favorite hobby and I hope to get more of that as the years go by.