Hooray for the 4 Webbs!  Please join me in celebration as we bid farewell to the most intense busy season of 2014.  Here are some of the roles I've been actively involved in lately:

That last one consumed much more time than any other role during the past few weeks...  and now it's over for 2014.  Even though I'll still be active as we plan 2015, it will be much less demanding.  Thank God.  Kendra and I have been running on fumes while preparing for, coordinating, and leading the two-day event. I took two vacation days for preparation.   One of the fringe benefits of this serving opportunity is that we were able to spend many hours each day together.  Yes, we were rowing the boat and working our tails off, but there were dozens of moments where we were able to stop and give a long hug or stare into each other's eyes. 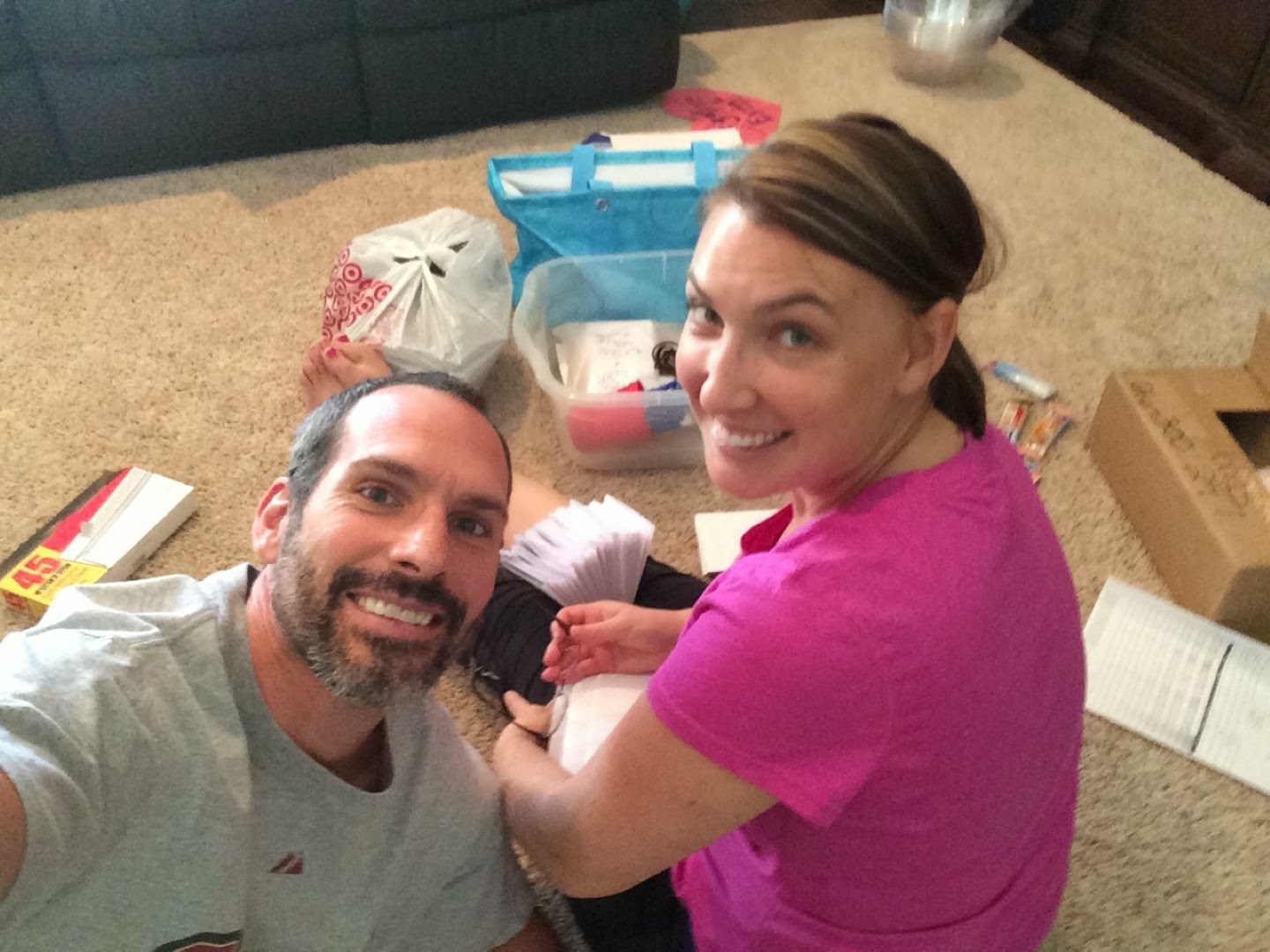 The event was an overwhelming success!  50 people showed up and we walked them through a discipleship process for how to work through past, present, and future relationships.  We are equipping people with the tools they need to be functional Christians.  This event is just an intense two-days of experiencing moments within the process.  Kendra's speaking sessions were amazing.  She's getting very comfortable in front of crowds. 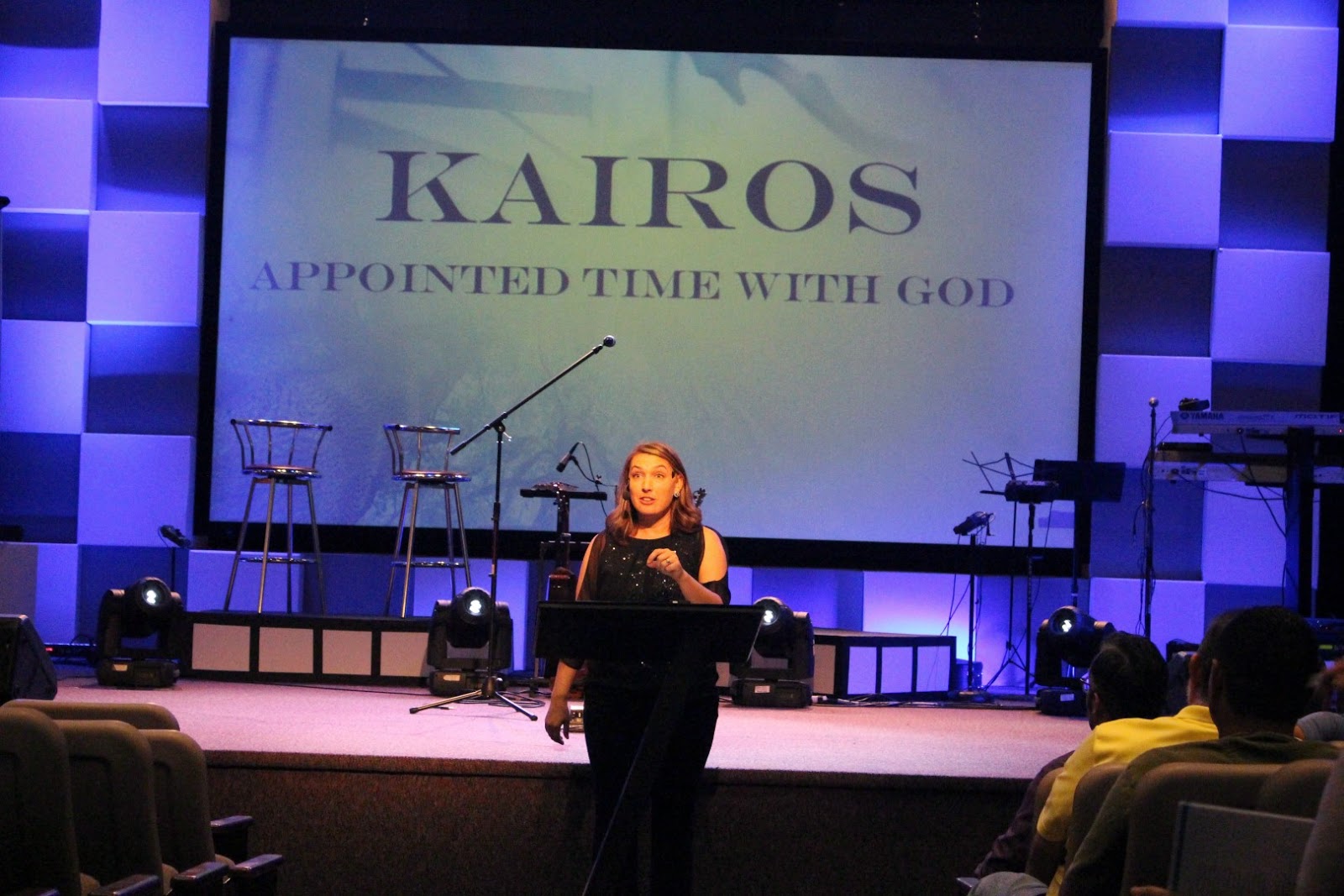 We had a few joint sessions where we teach together on stage.  People often say we are a "power couple" which means (i think) we work well together and reach the whole audience because of the different ways we deliver the message.  The other thing we have going for us is brutal, unfiltered vulnerability when we share about ourselves.  I am extremely pleased with how well the event flowed and the results.  I have 27 pages of overwhelmingly positive evaluation feedback to transcribe. 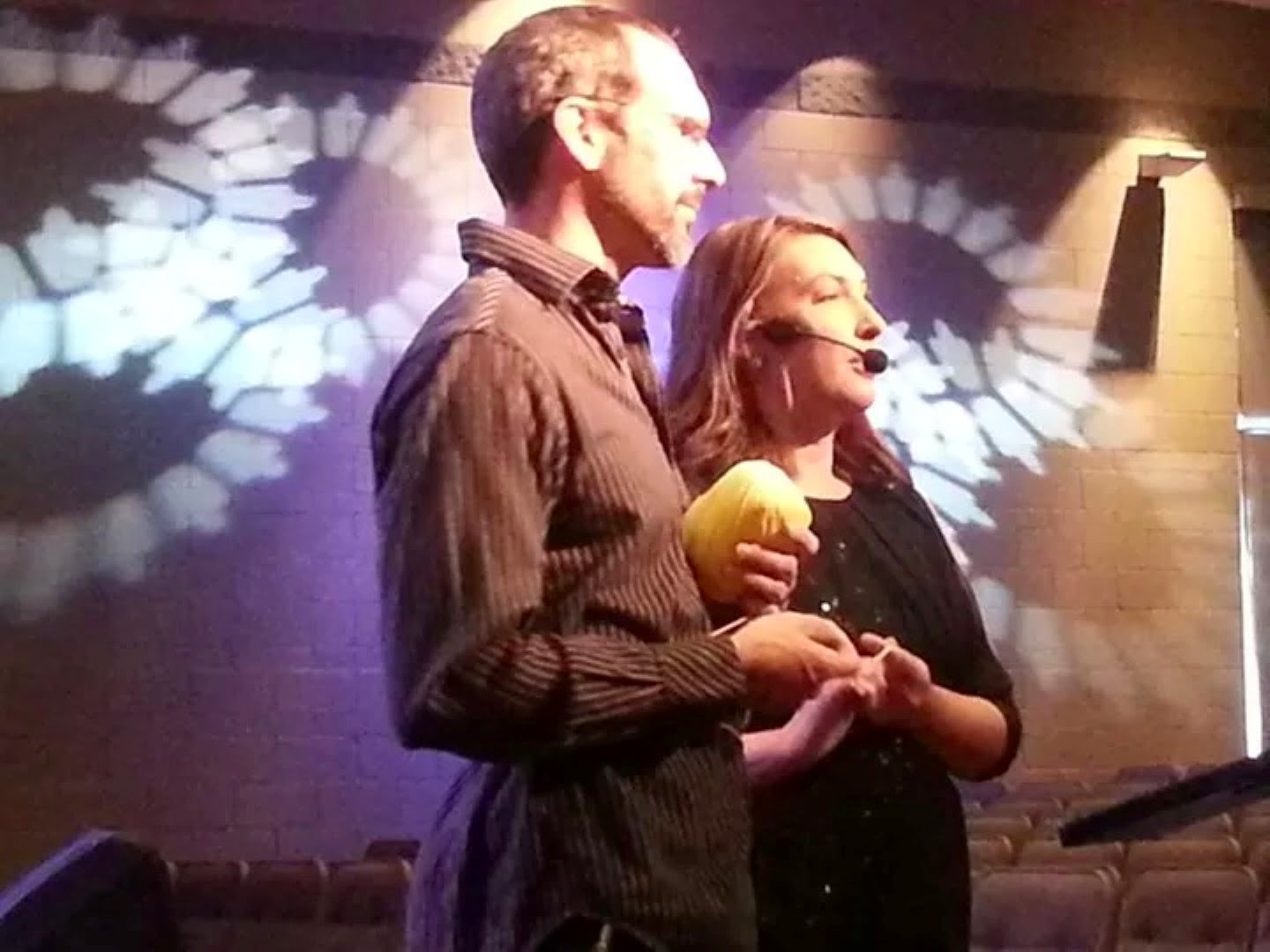 Ouma's presence and time with the twins freed us up to be intently focused for the past 6 days or so. Easton and Layla had the time of their lives.  The twins wore her out every day and enjoyed every minute.  The past 4 days we didn't see the twins for more than a few minutes each day.  We left early in the morning and arrived late at night.  Although we were wiped out and spent we were comforted to know Ouma had been with them.  There is a whole new level of peace knowing the twins were with her instead of a baby sitter or friends.

They went to an indoor amusement park one afternoon.  Layla found the most artistic, cuddly creature in the forest. 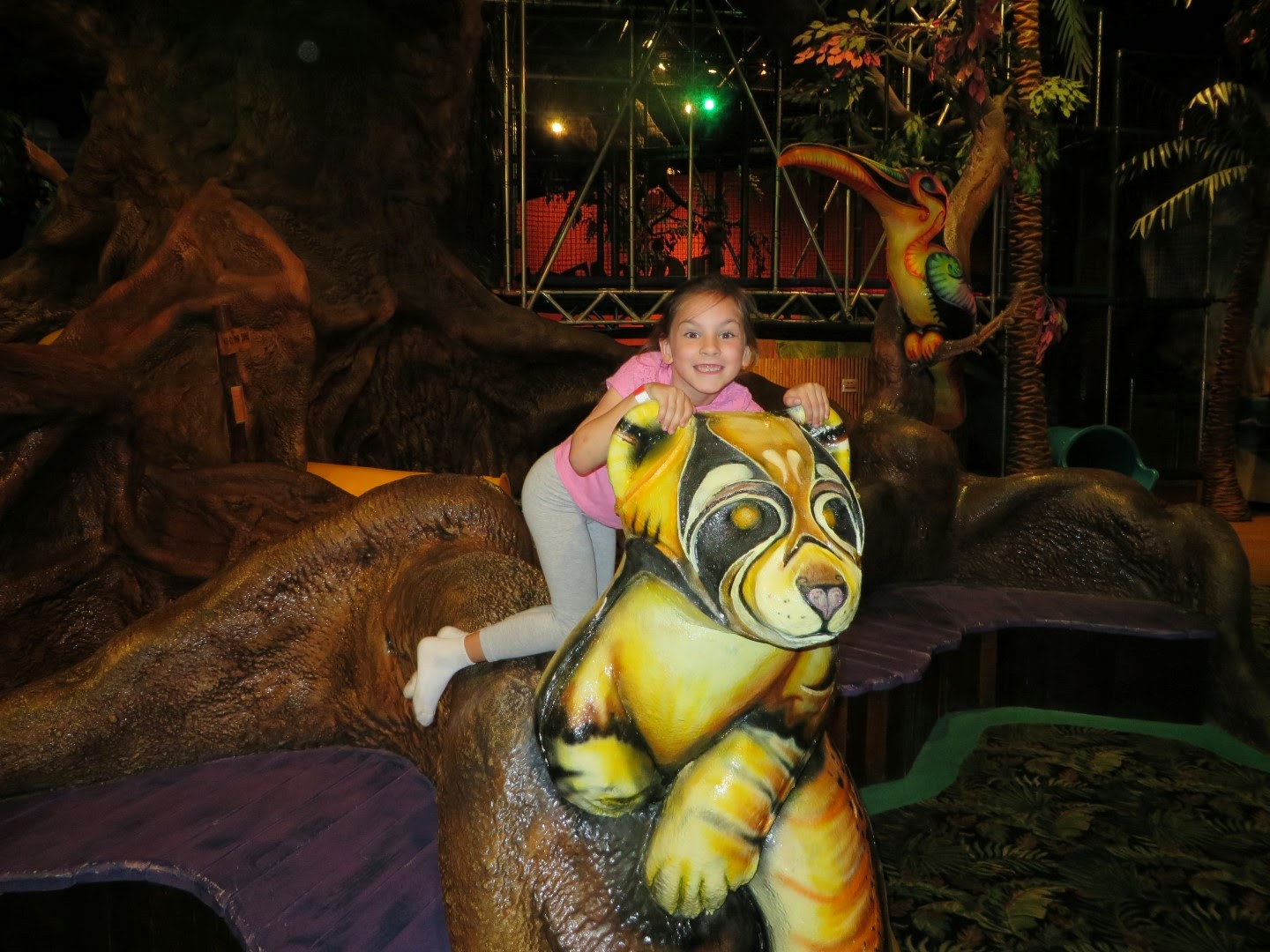 The place was filled with climbing structures to burn some of the never ending energy that fills every six-year-old. 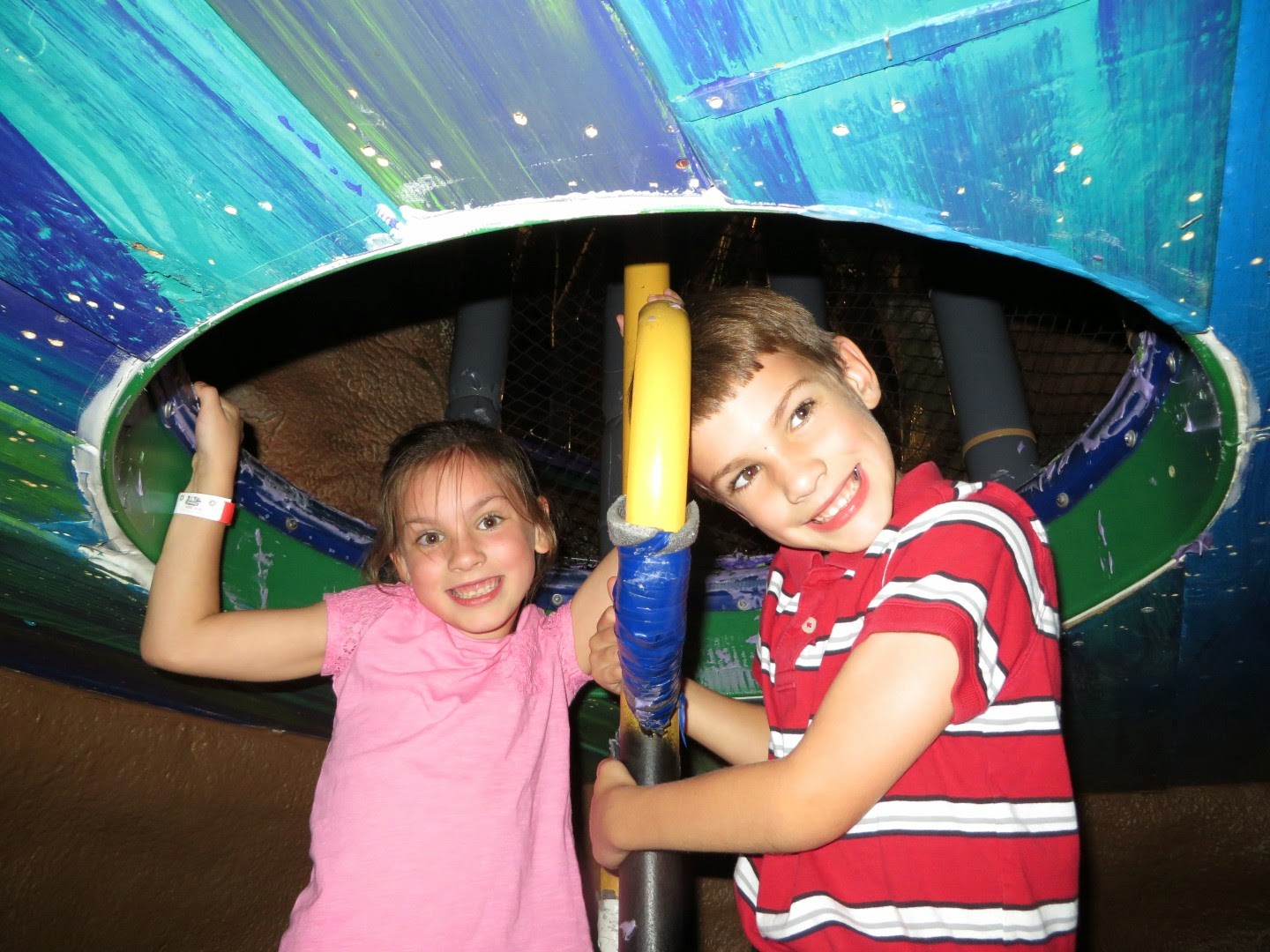 The twins begged Ouma to let them try the super jump trampoline.  didn't take long to convince her... imagine that!  This was the highlight of their experience. 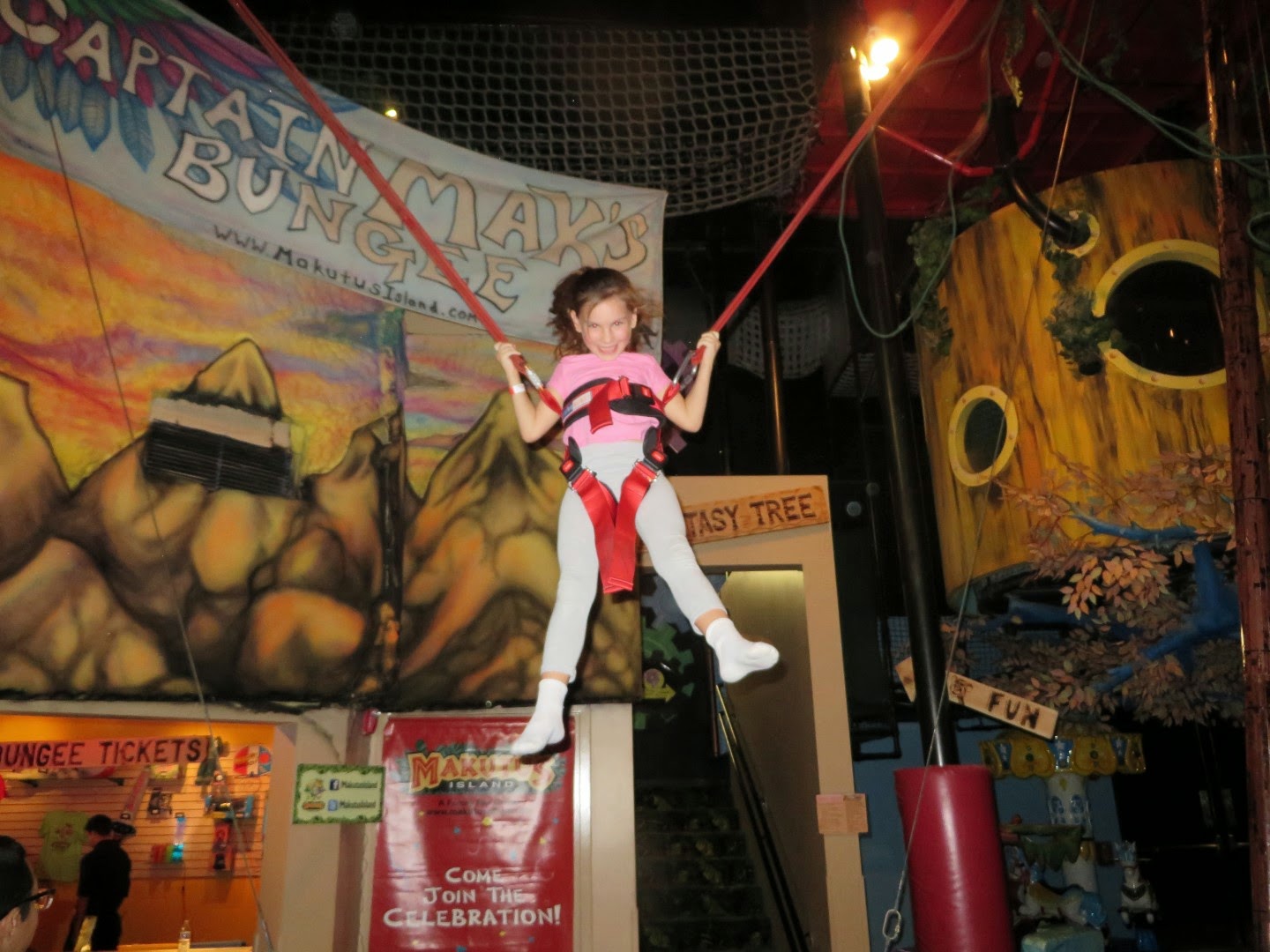 Easton took a little longer to get comfortable with the equipment and feeling, but after that he was bouncing off the ceiling. 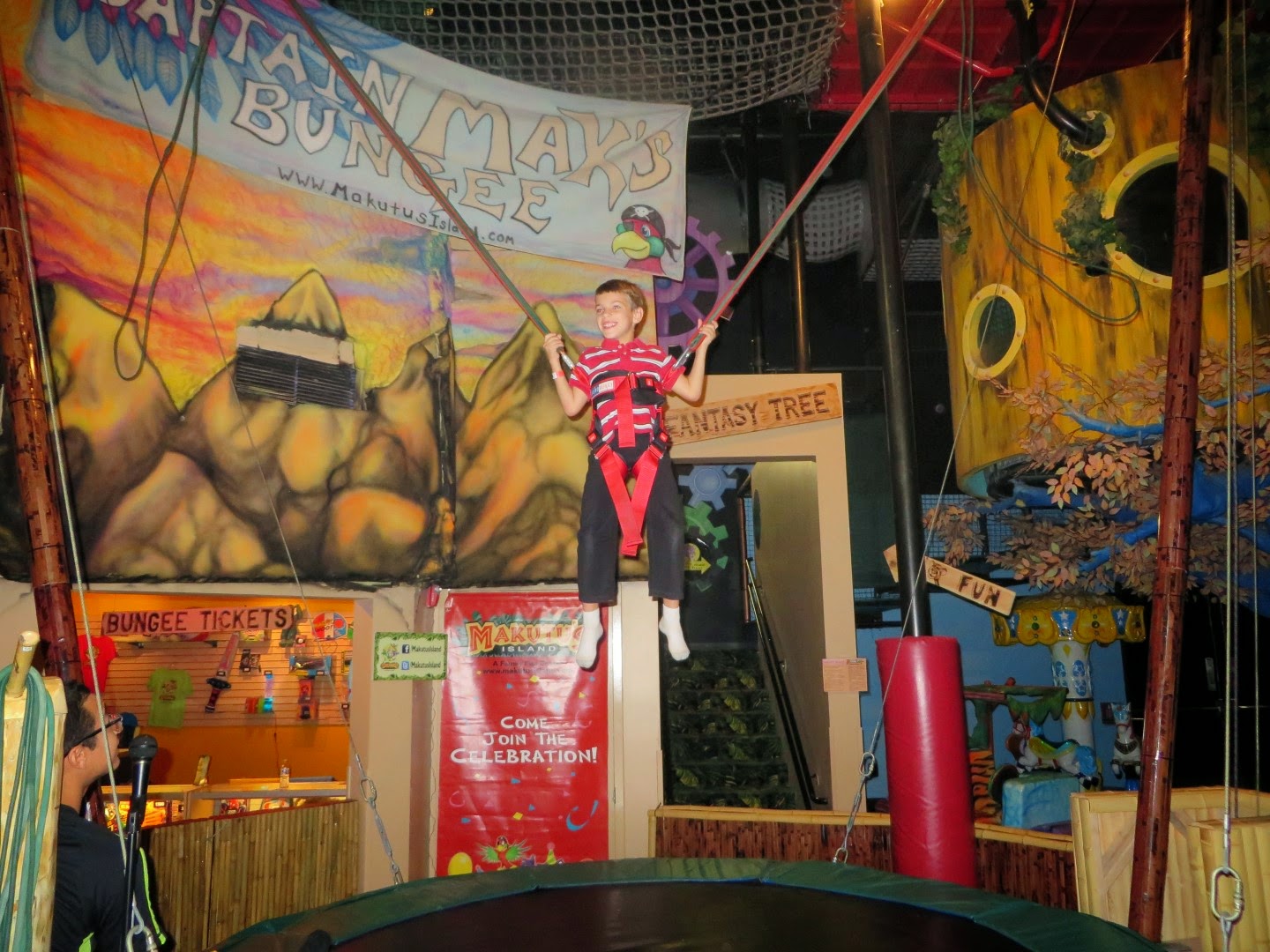 I've been on the stage at church each Sunday for the past month to give a short message during the offering.  This Sunday I showed this picture to church and explained our simple plan of how money is allocated around the Webb house.  It's so simple even a six-year-old can get it.  Give first, save second, spend what's left.  When the money is out, of the spend folder, stop spending.  Sounds simple, but about half of our country doesn't understand or live by this.  Luckily, I'm only responsible for these two and my own household. 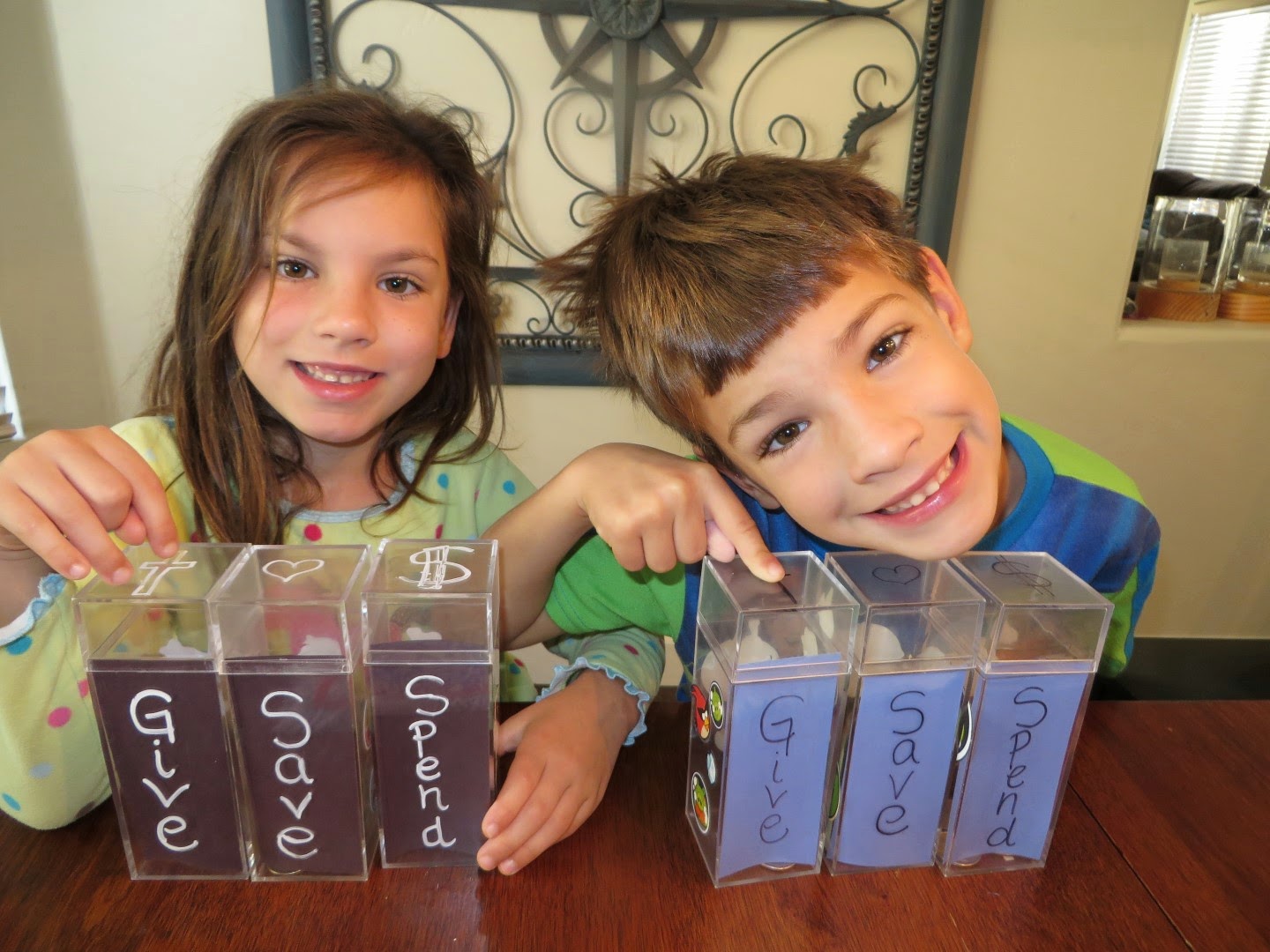 I've been looking for two Razor scooters for several months.  Researching, comparing prices, and surfing Craigslist for deals.  We went into Toys R Us to buy a birthday gift for their friend and there was the biggest sale on scooters.  I told them to carry their own scooter to the car.  I figure, if they are old enough to receive such a gift, then they are strong enough to carry it! 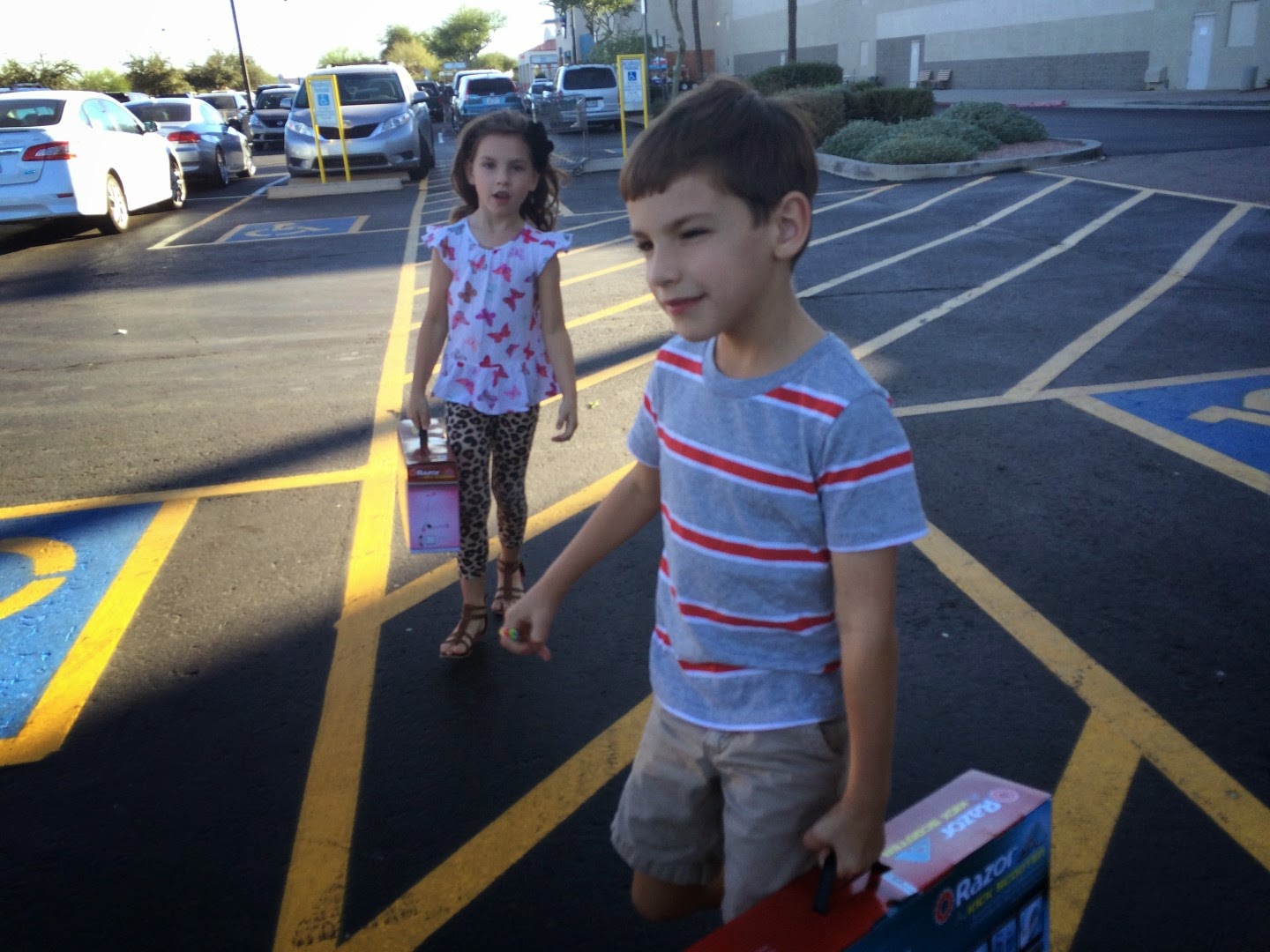 Layla had a little struggle, but she got it to the van! 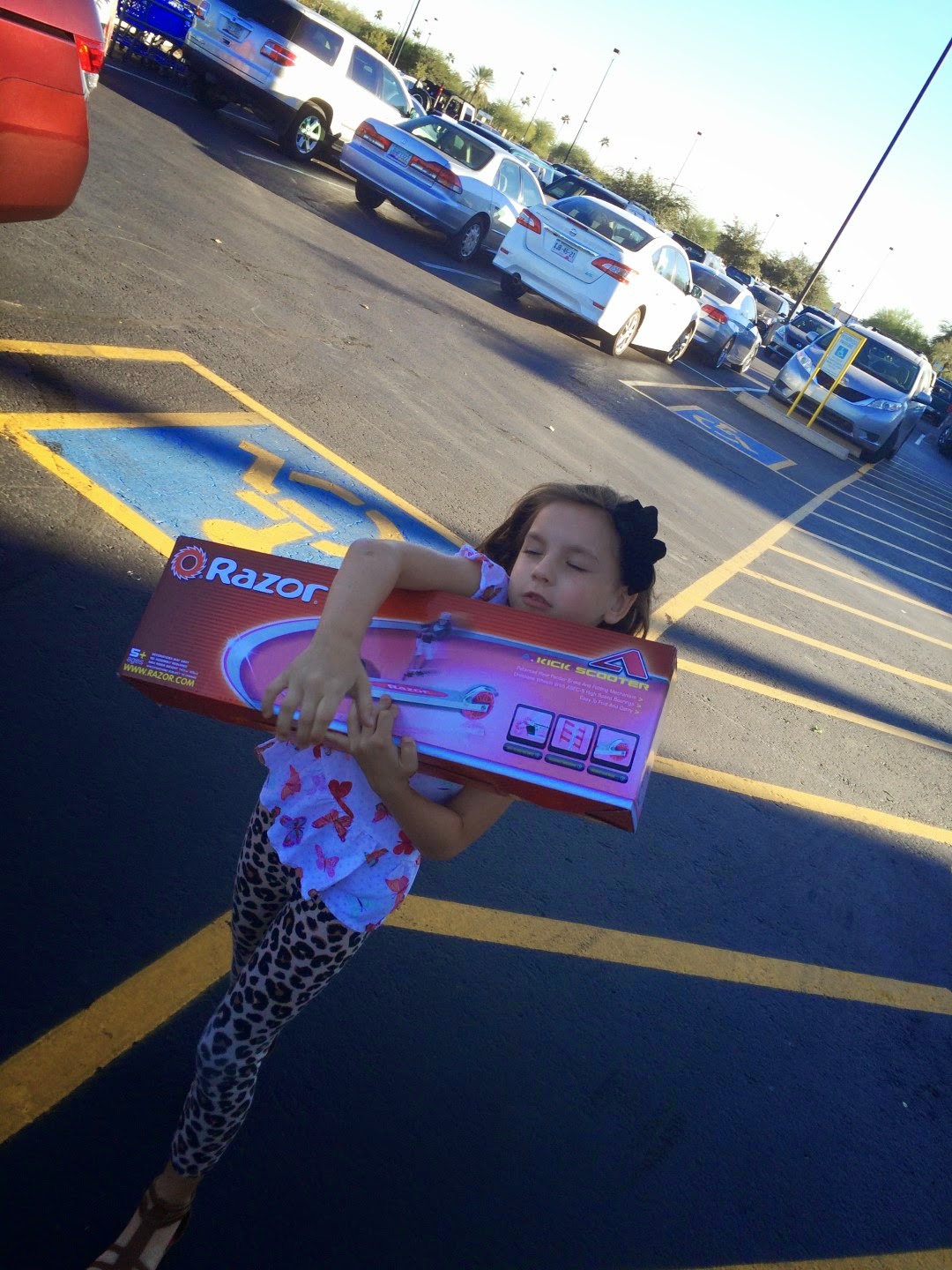 After they went to bed I unpacked and assembled them.  Then I took one for a test run around the house just to make sure they were safe.  Yeah... that's why... just to check their safety. 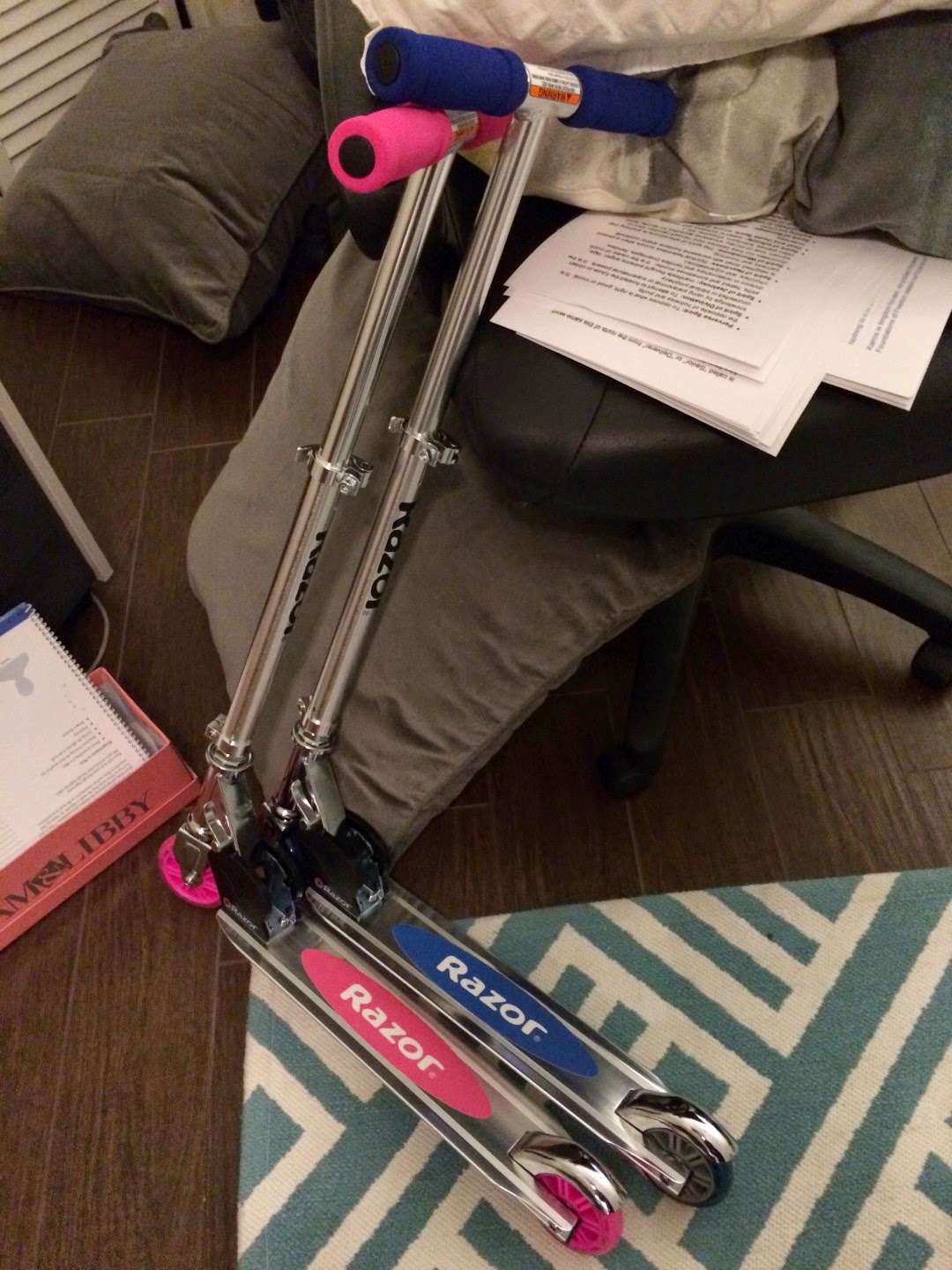 I was having a ball rolling around the house.  I offered for Ouma to join me and we raced around the halls like little kids.  I'll never get too old to enjoy the simple things in life like rolling down the hallway on a scooter.  I was impressed with Ouma's balance and willingness to hop on and ride like she stole it. I foresee many more trips around our neighborhood in the near future now that the weather is so perfectly awesome. 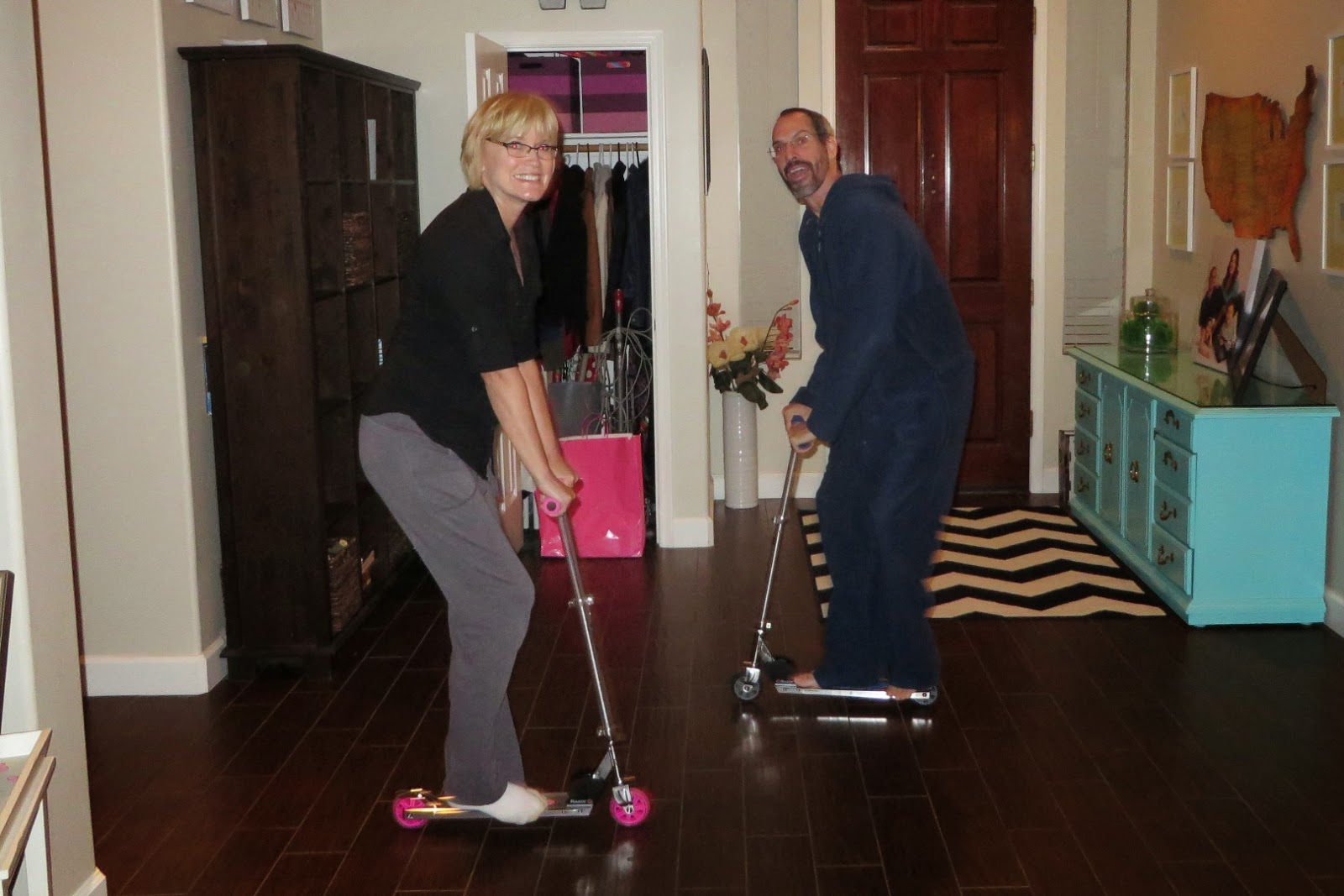 Sunday was Daddy day with my kids.  After church I had a solid 6 hours straight to live laugh eat and play.  part of that time was spent at a birthday party.  It was held at a local fitness club with an indoor pool.  outdoor pools are way to chilly this time of year even in Phoenix. 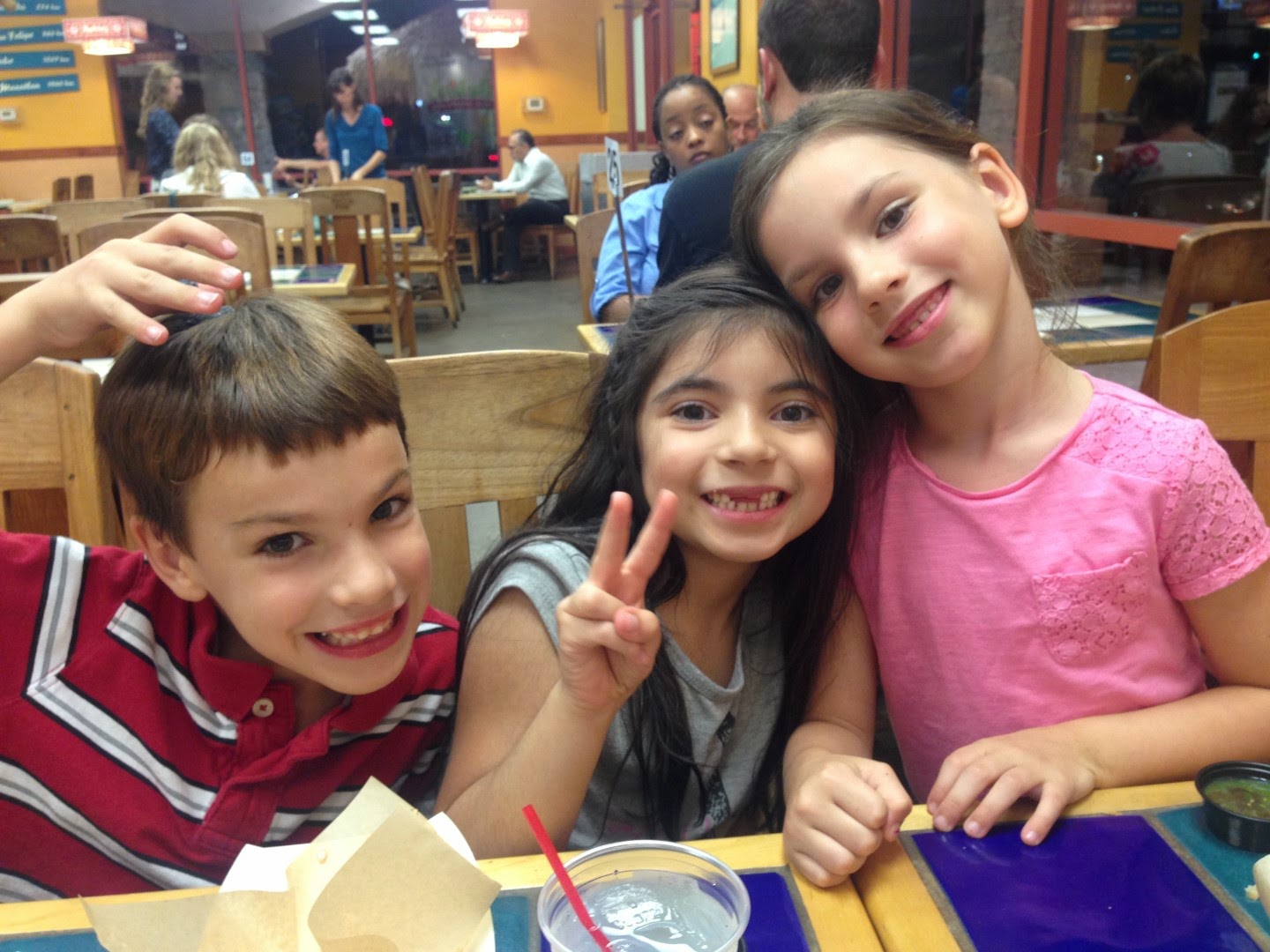 Notice the peace sign consistency between the dinner pic and the birthday party pic?  Layla had a blast swimming with all the girly friends. 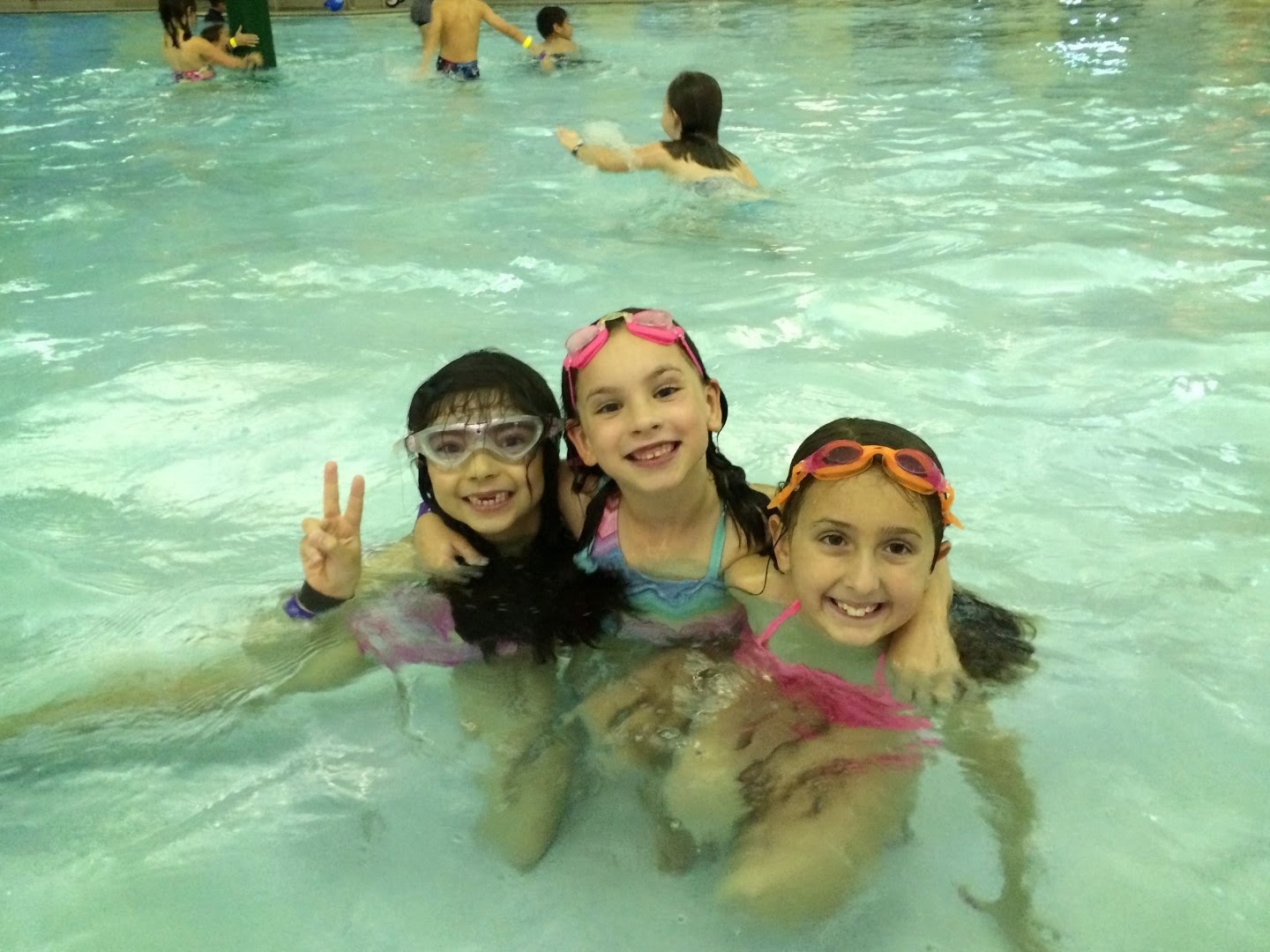 I was happy to see a few boys for Easton to splash and throw beach balls at.  Their interactions are so different than the girls playing mermaids and princesses.  That variety is what makes parenting boy-girl twins exceptionally interesting.  At least, that's how I see it. 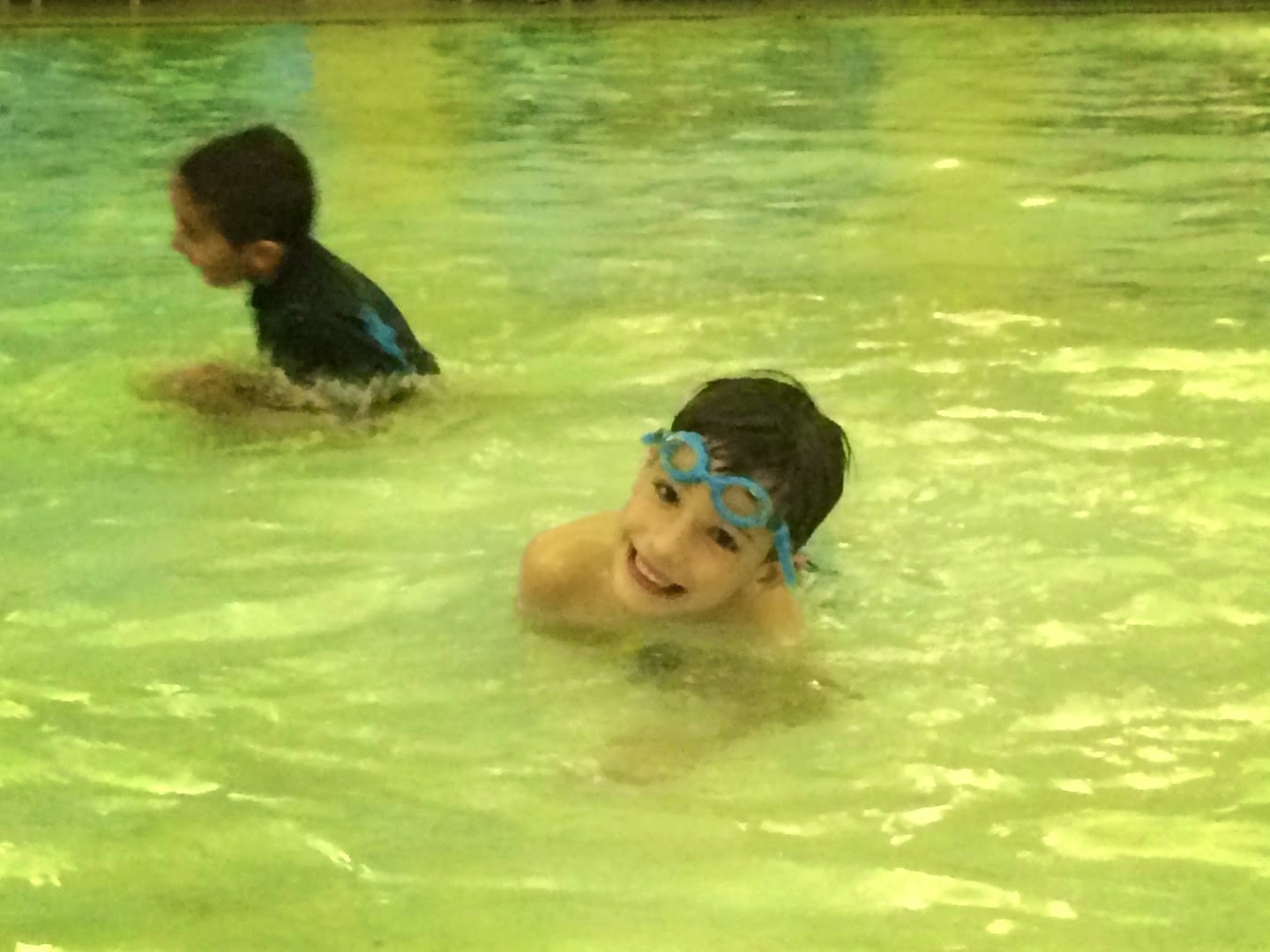 The rest of 2014 will be a cakewalk compared to the past few months.  In that list of roles at the beginning of the post I neglected some of them so I could focus on others for this short season.  Some roles, like brother, I did absolutely nothing, but hopefully the rest of the year will look different with my priorities getting straightened out.  I'm looking forward to taking time off work and away from church to spend more family time focused on Kendra and the twins.  Let the fun begin!