The 4 Webbs are road weary from self-induced crazy traveling this summer.  I wouldn't change a thing about our summer tour other than my back pain that is a distant memory.  All of us enjoyed every minute of family time with Ouma, Oupa, Nana, Papa, and Aunt Mary.  We decided a few weeks ago to take one last weekend trip up to Northern Arizona.  This time with friends.  I mentor a group of six men and those who were able to make it joined together for a trip to hang out and build friendships.  One of the men has a virtual compound with cabins, land, and an recreation center with a kitchen.  The three-day trip cost us $40 plus food and gas.  There's no way we could turn that down.
Easton and Layla were not excited about the weekend because they've never done this before.  However, as soon as we arrived and they realized we were in the woods it was a whole new ball game.  One of the most frequented areas in the compound was the swing.  The rope wrapped around the branch, which made the friction incredibly difficult to really swing, but they didn't care.  Here is a genuine smile of enjoyment from my one and only boy. 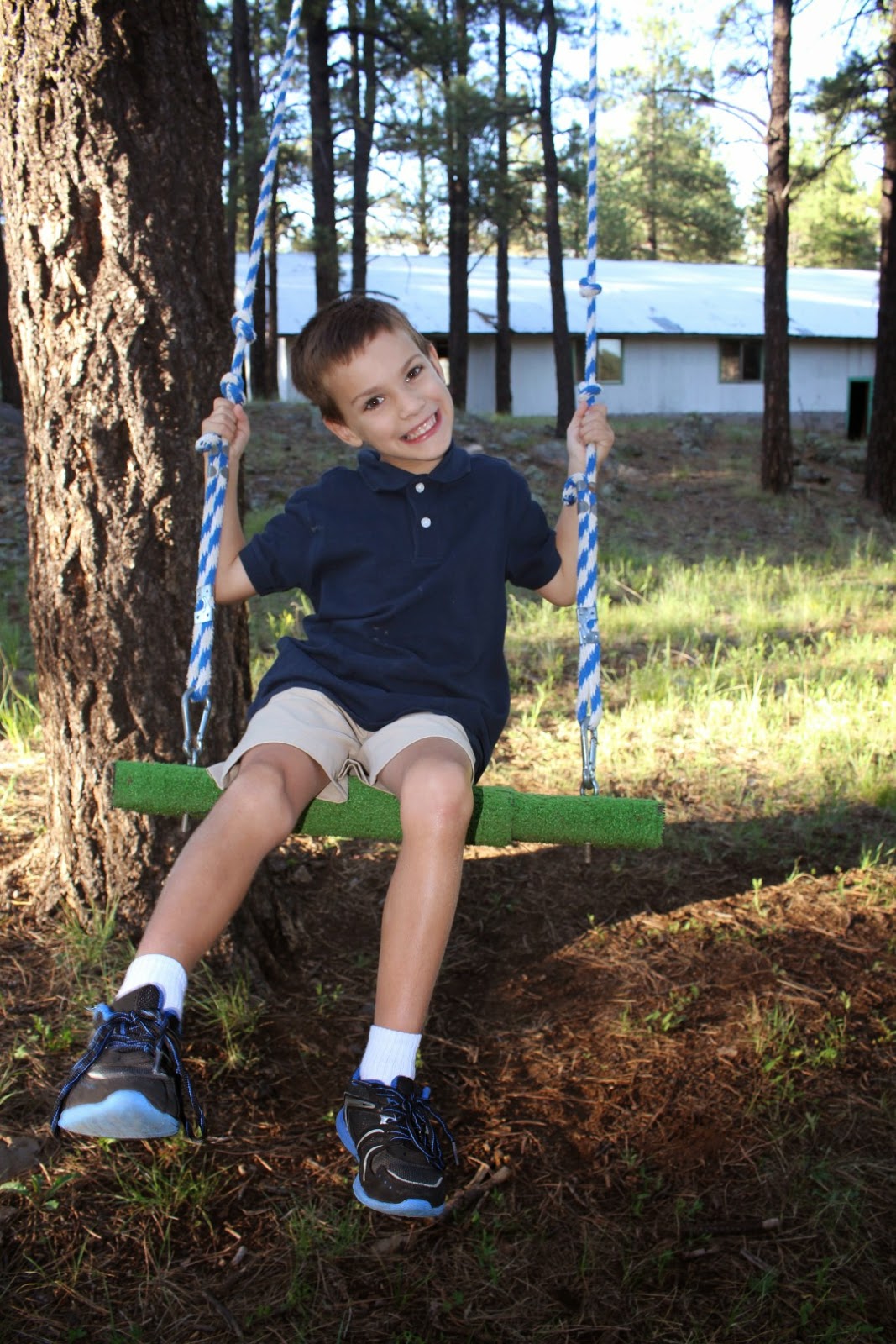 I wish this next picture turned out better of Layla, but it's kind of artsy in a way.  Her smile is almost as bright as the sunlight behind her. 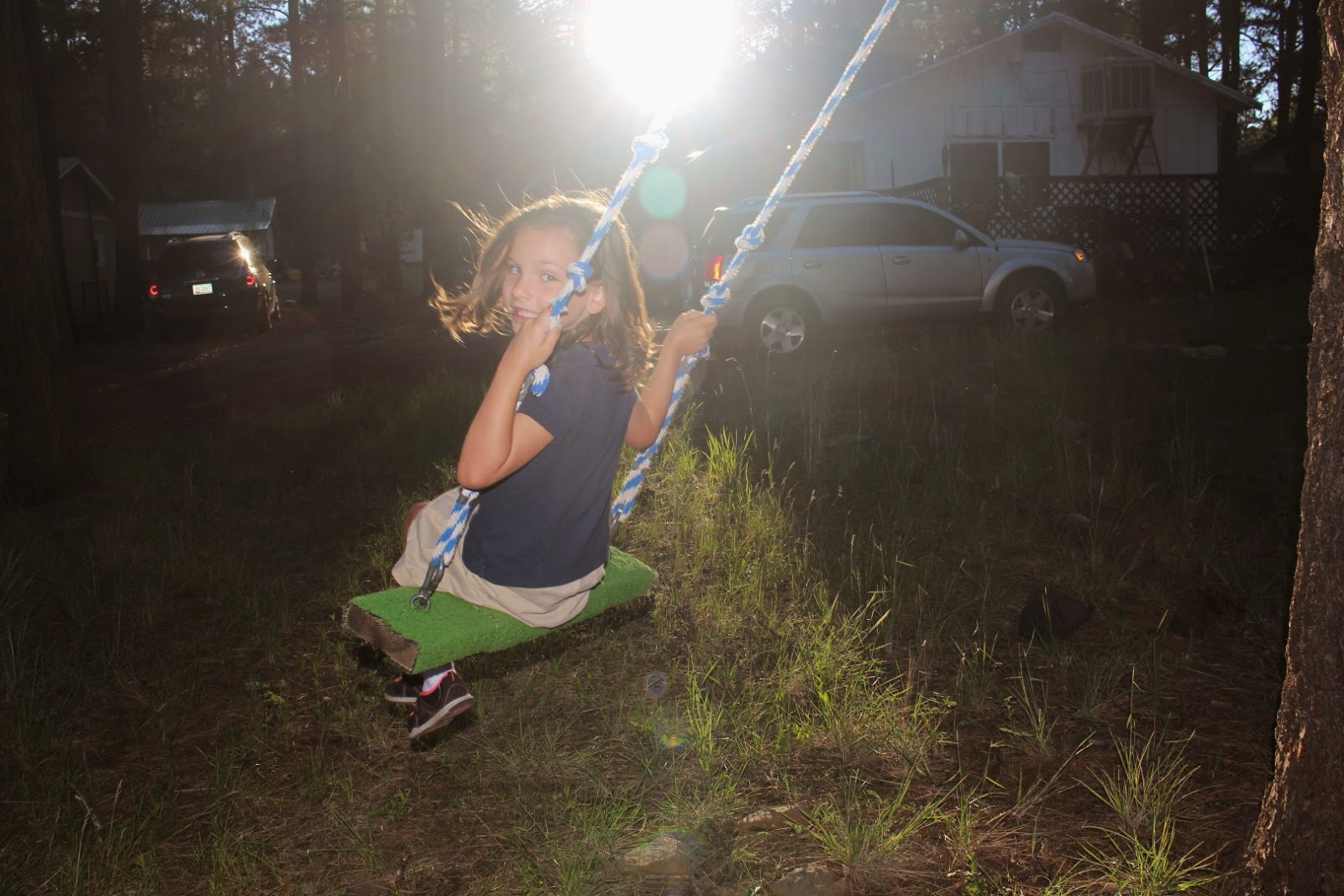 The ladies made some great meals through a group effort.  homemade refried beans from a true Hispanic family is delicious on a whole new scale. 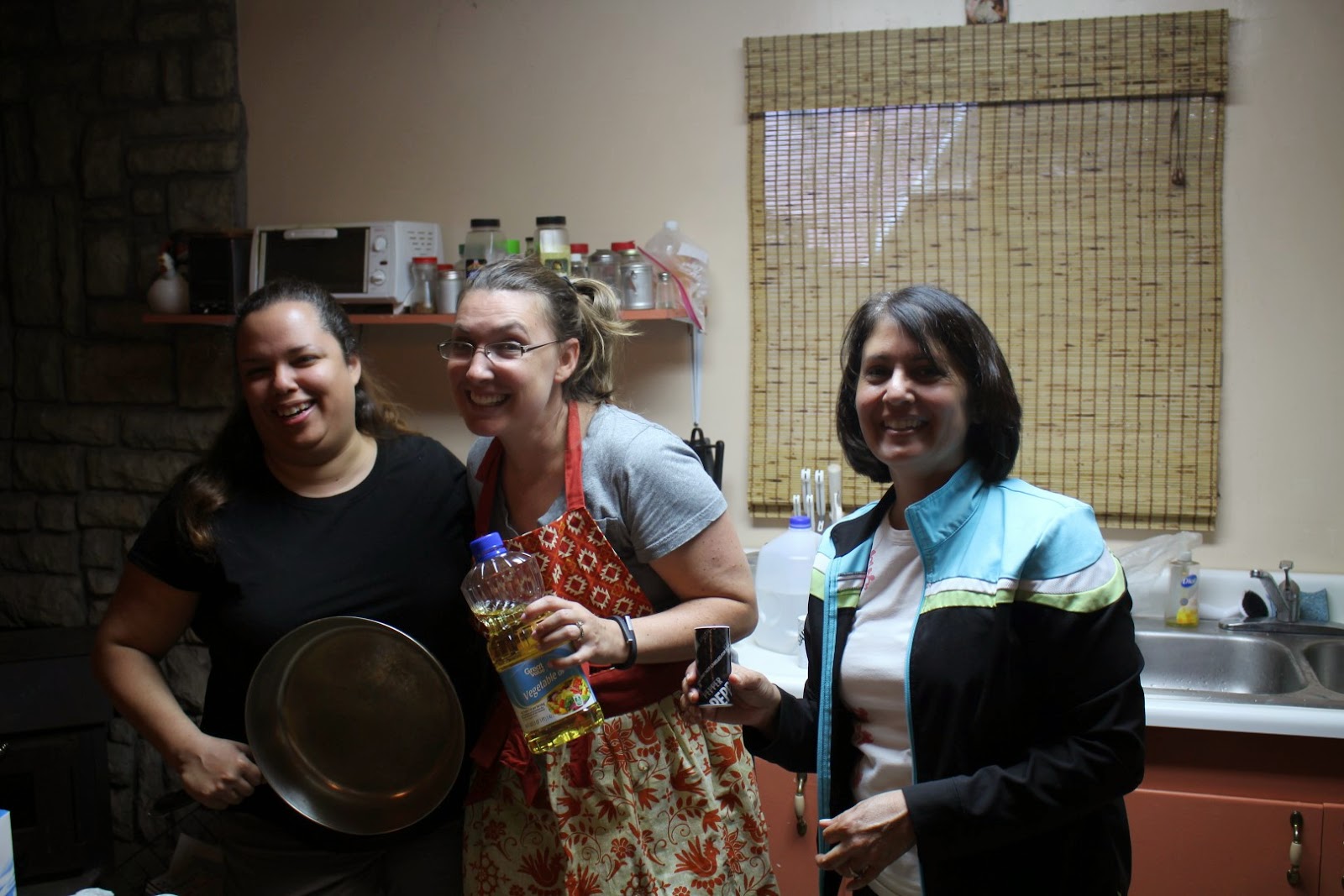 We spent the entire 3 days outside.  There was a huge dirt pile made of red, pulverized lava rock.  It was perfect for getting extremely dirty.  Layla is always willing to strike a pose for me though.  She recognizes beauty in such a refined manner.  She commented on the "amazing meadow" behind her where the deer wandered. 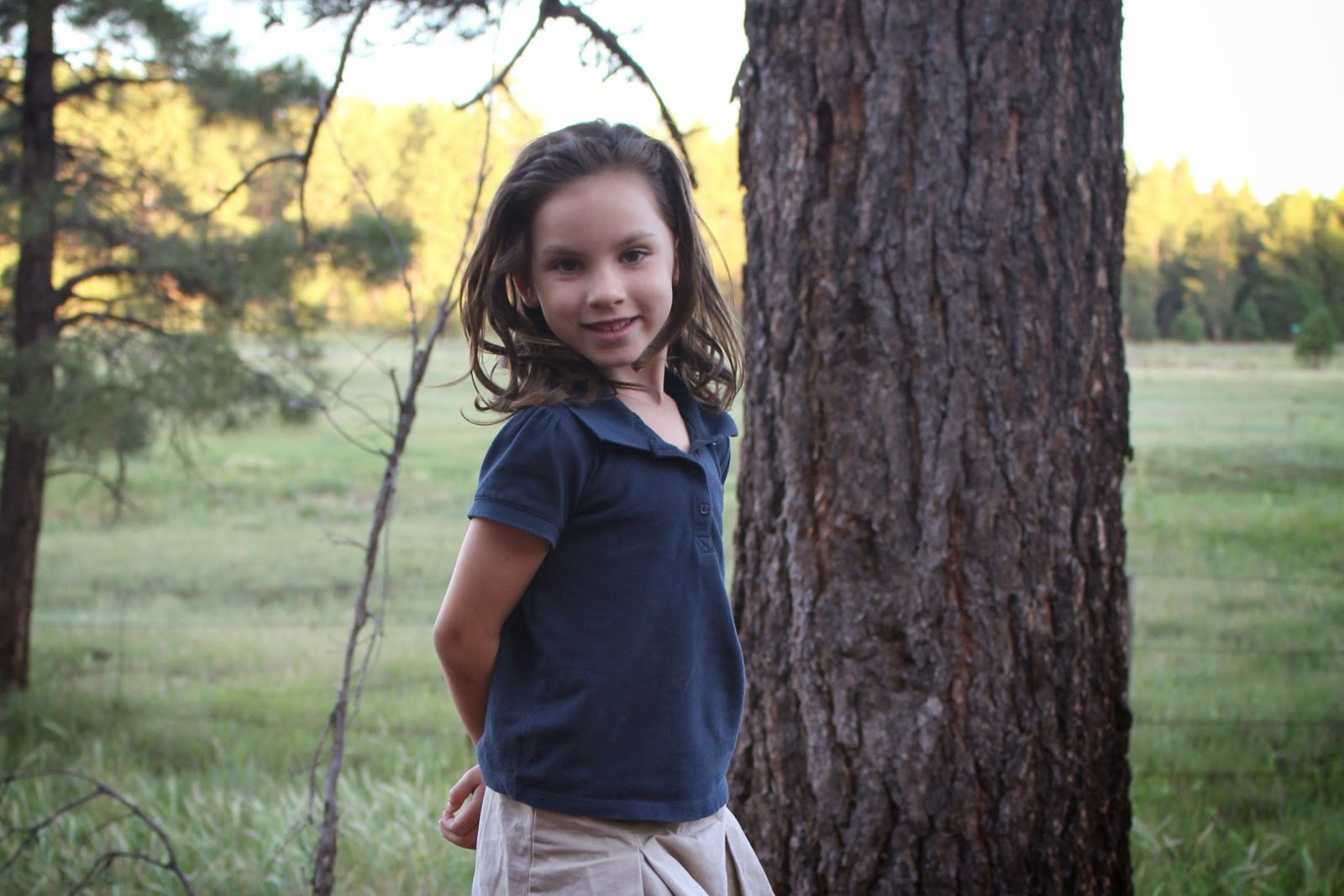 One of the men had a birthday during the trip.  And of course, any occasion to have cake is well worth the effort.  The only kids were Easton, Layla, and another set of twins who are 3 years old.  Easton and Layla experienced what it is like to play with kids younger than them.  I am thrilled they were put into that position and expected to play nicely with kids less capable than them. 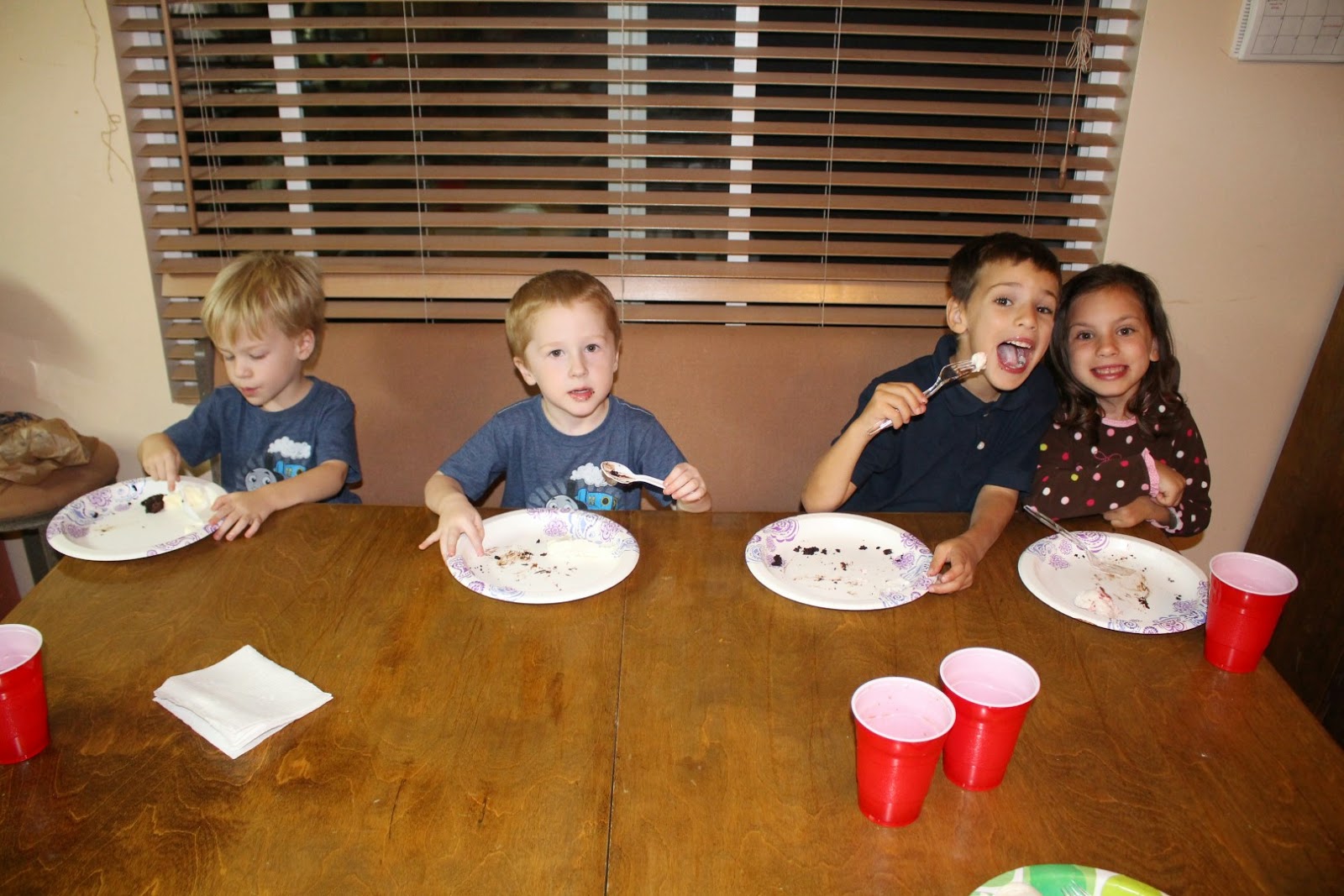 I took my twins and Scott took his twin boys up the mountain for a hike.  He brought a BB gun and gave Easton and Layla a lesson on shooting a rifle. 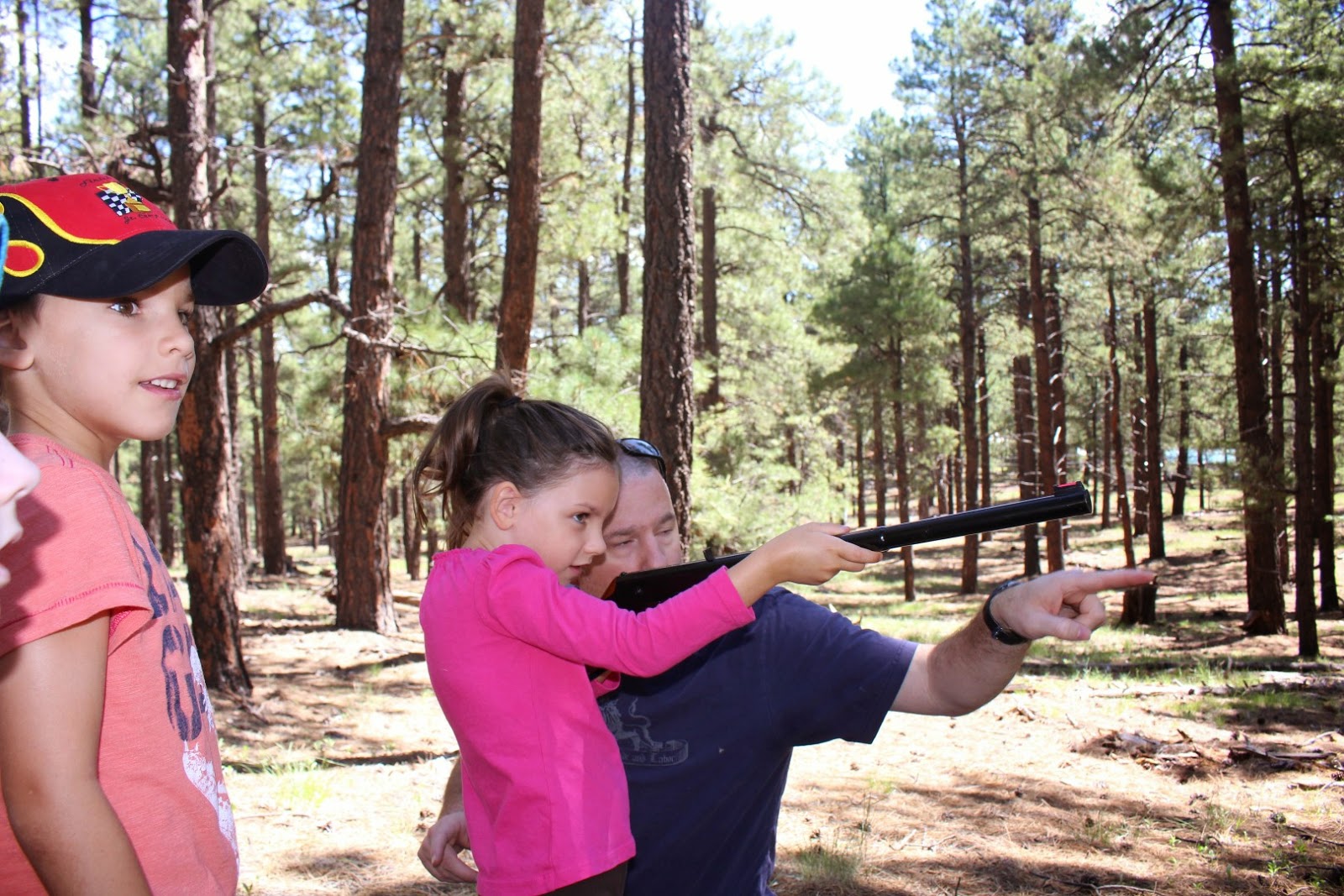 Layla is not afraid to hang out in nature.  She doesn't like spider, but dirt and leaves and trees are an invitation to play.  Even so, she is still 100% princess and her joyfulness is visible in almost every picture she takes. 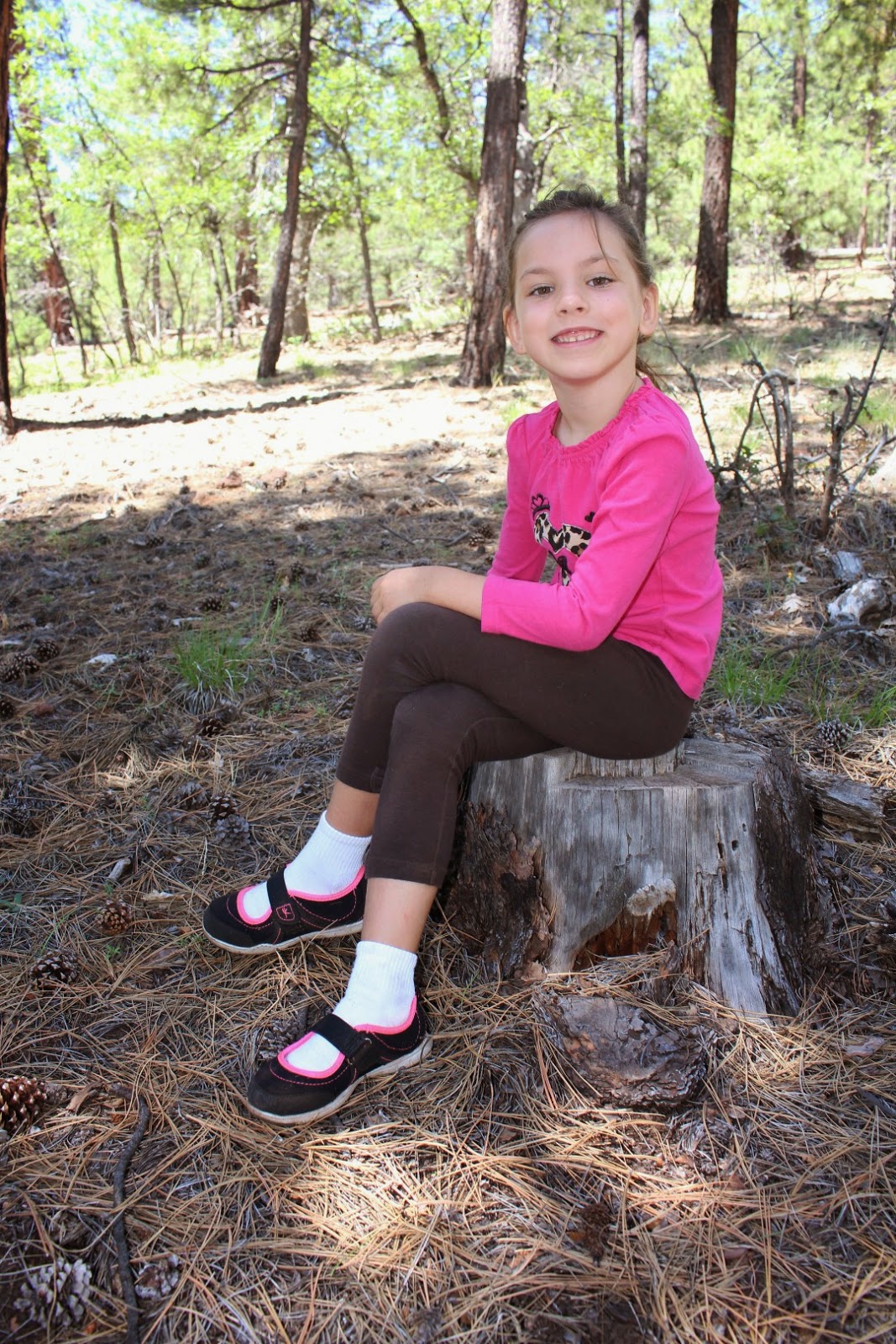 Easton is developing his personality rapidly.  it comes with a bit of sarcasm and occasional disrespect, but I'm happy he is learning what is appropriate and not.  It took him a while longer than Layla to attempt to express himself by testing boundaries of what is acceptable behavior, but that time has come.  He is learning well though.  We are carefully navigating these moments so we provide guidance without crushing his personality. 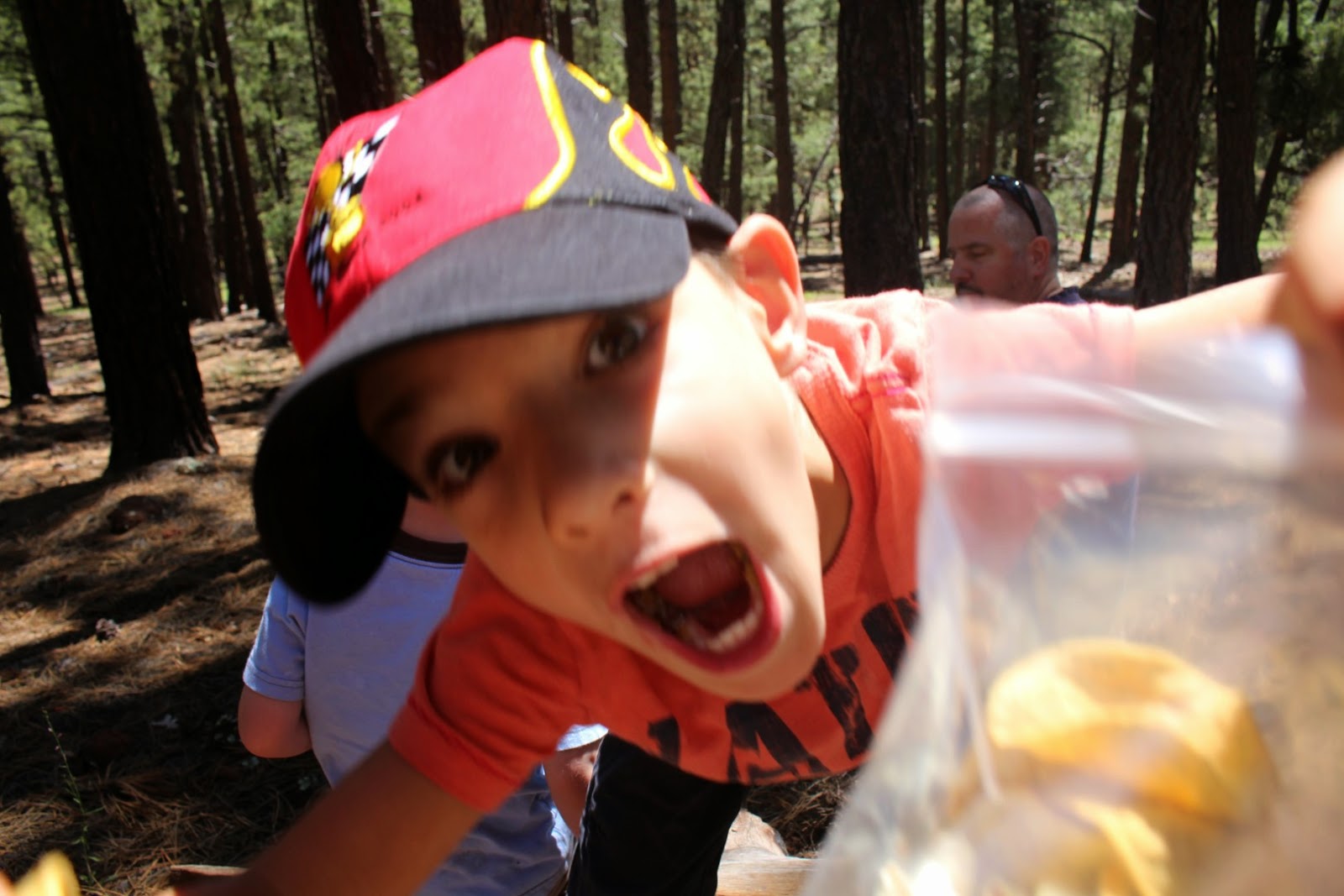 Easton took his turn to shoot the rifle at the plastic bottle.  He's got a steady hand and good shot! 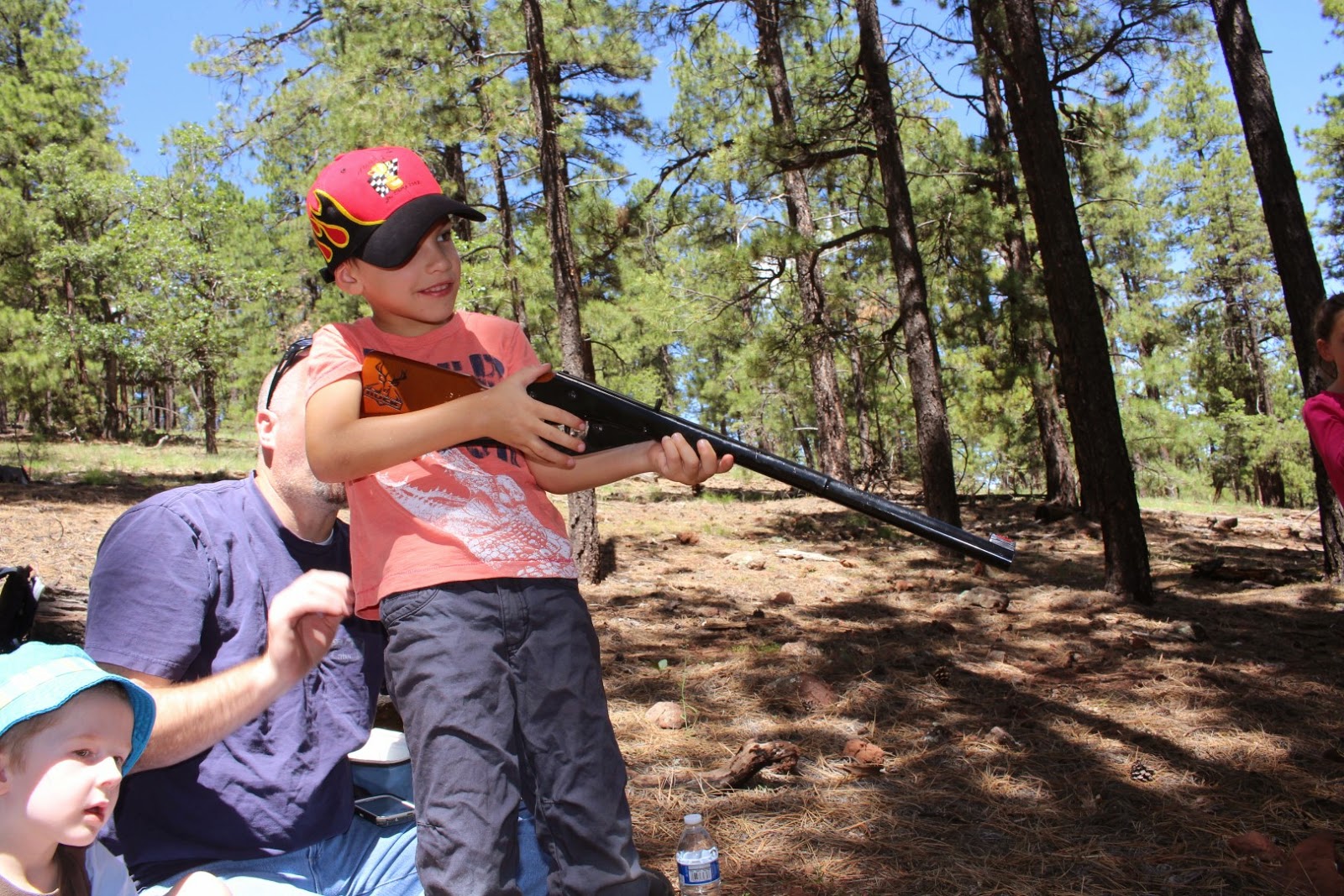 and I taught him how to properly carry a rifle so we got that going for us, which is nice. 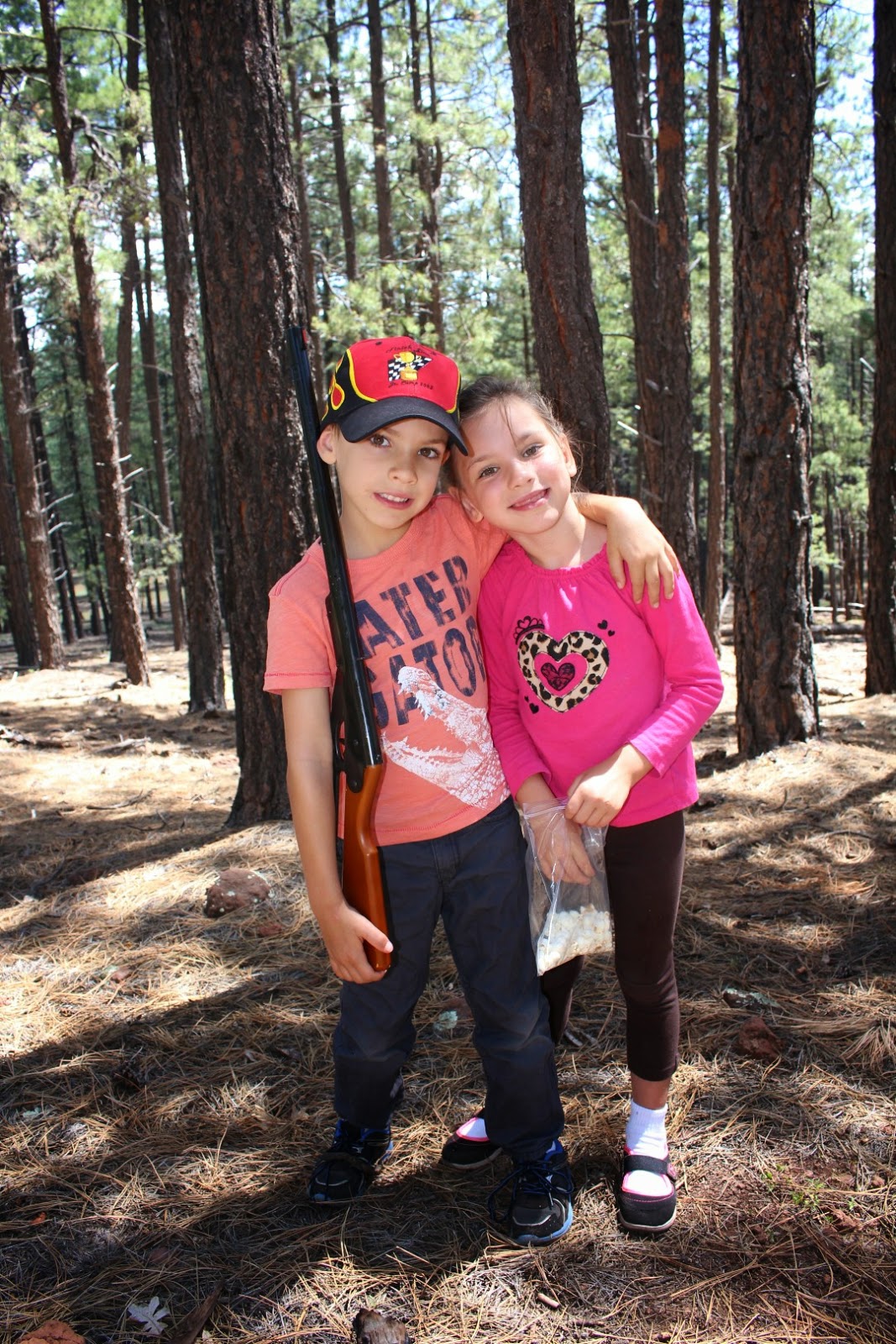 Scott and his boys headed down the mountain, but Easton and Layla asked if we go higher.  Why not?  We pointed our feet up the mountain and found some interesting trees to climb.  The twins discovered sap.  There may still be some stuck in their clothes or on their hands.  That stuff was sticky. 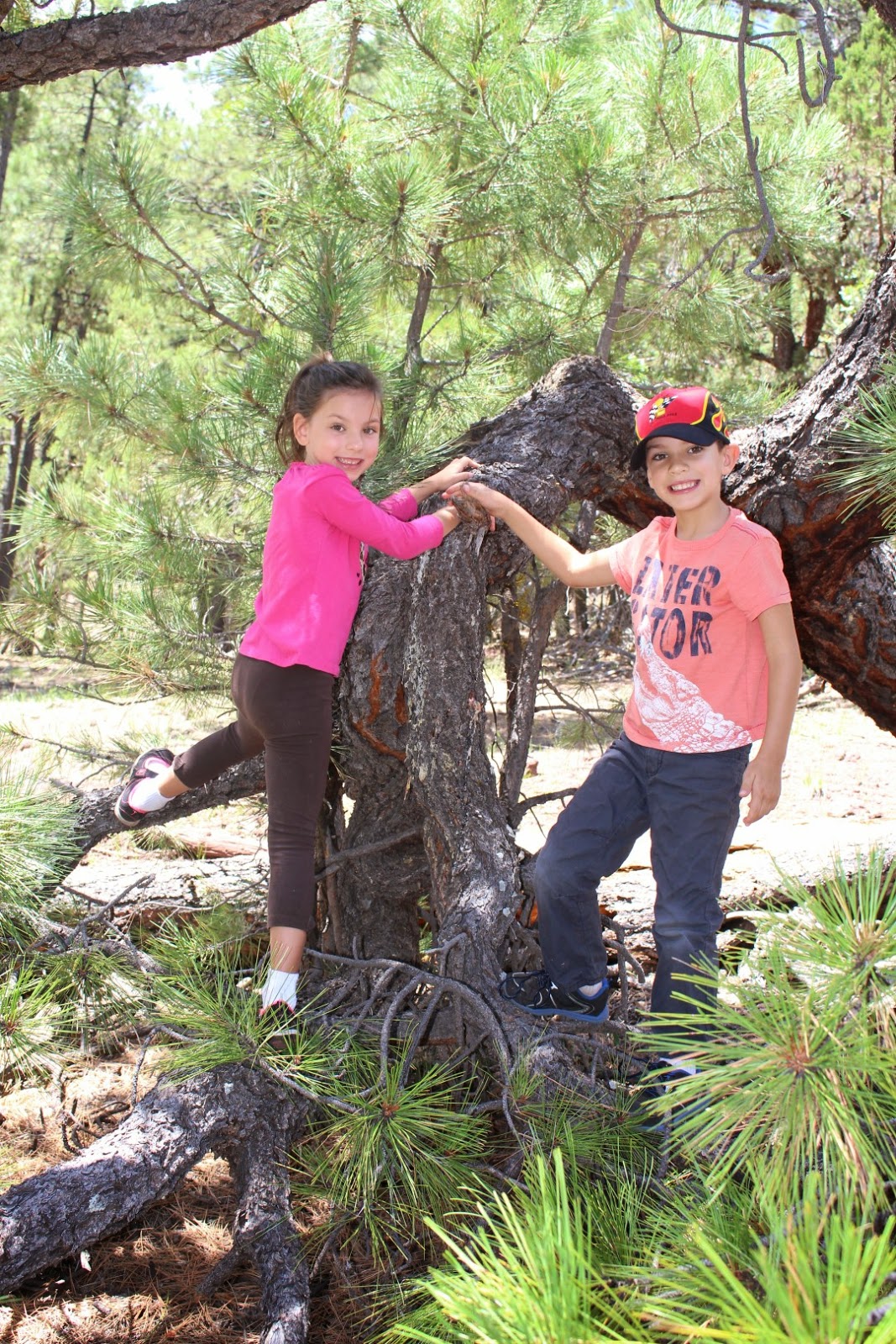 The three of us traversed the mountain and were temporarily lost.  I knew the cabin and road were somewhere around if we just kept walking down the mountain.  We ended up on some stranger's property.  I took this humorous picture of us tresspassing.  I didn't realize we were on private property until we passed the sign from the back side so it wasn't intentional. 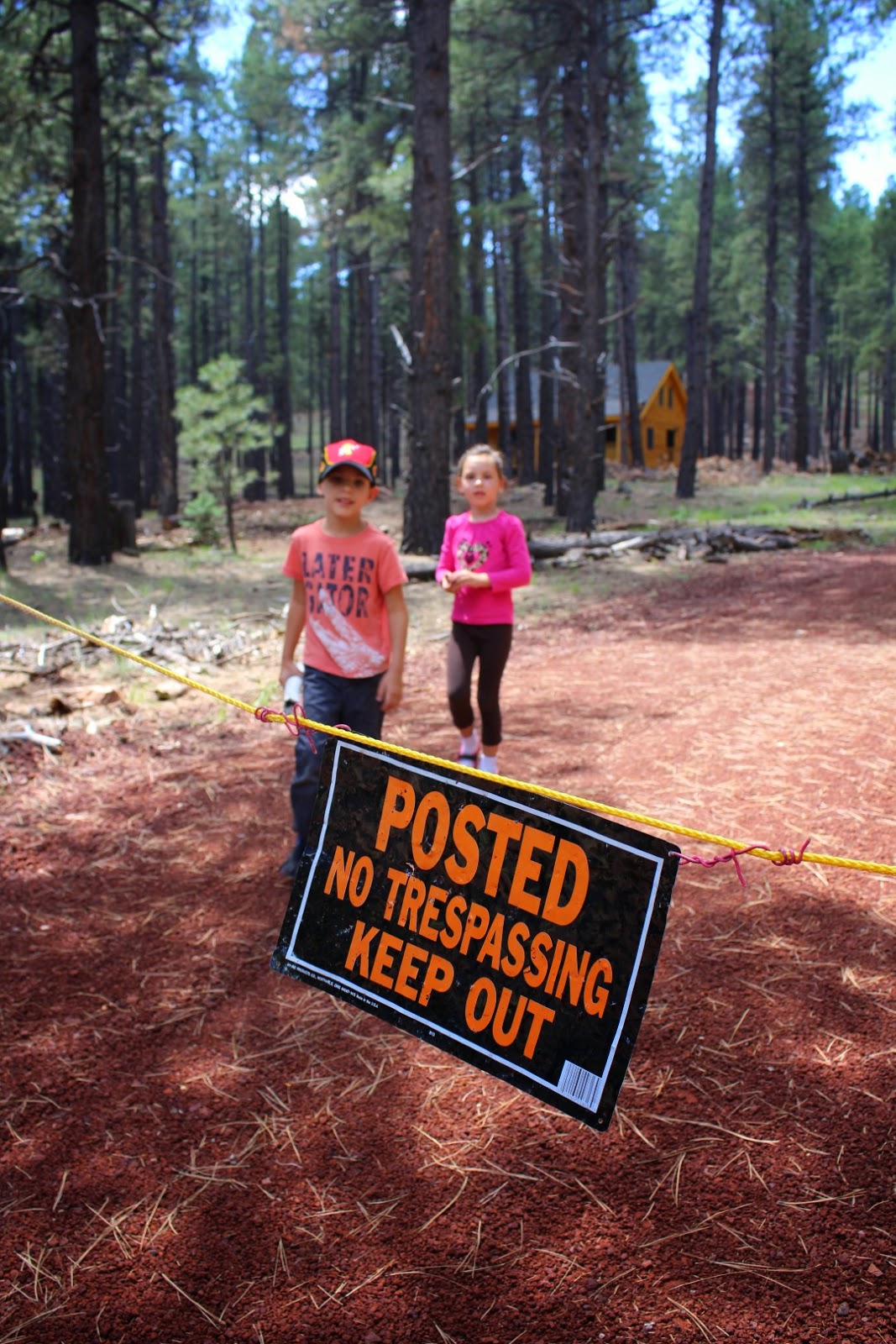 The days were extremely relaxed and unplanned.  Exactly what we needed.  The last 24 hours of the trip was the most eventful, but I haven't loaded those pictures to the blog yet.