I've been half-heartedly watching the ALS ice bucket challenges on Facebook feed for the past few weeks.  I don't personally know anyone with ALS and it is one of those out of sight, out of mind kind of things.  Then I saw a video of a young guy describing how his grandma had it, his mother has it, and he does too.  I watched the agony of taking care of someone with ALS and the fear in his emotions as he showed the effects of it on his hands and arms.  I didn't really plan to donate to the cause because so many others already were, but then I was challenged by my friend Doug and called me out. I did some research to know the basics such as, "what does ALS stand for?"  The answer is, amyotrophic lateral sclerosis.  It's a terrible way to die and about 30,000 people are doomed to that end.  I gladly took on the challenge and then called out my two dads: Oupa, Papa, as well as another friend of mine who i thought would come through.

I ended up with some funny clips of the twins, but because of the short 24 hour deadline given to me, I wasn't able to do real video producing justice.  Even so, we got the job done.


I captured a couple of fun pics of the twins participating too. 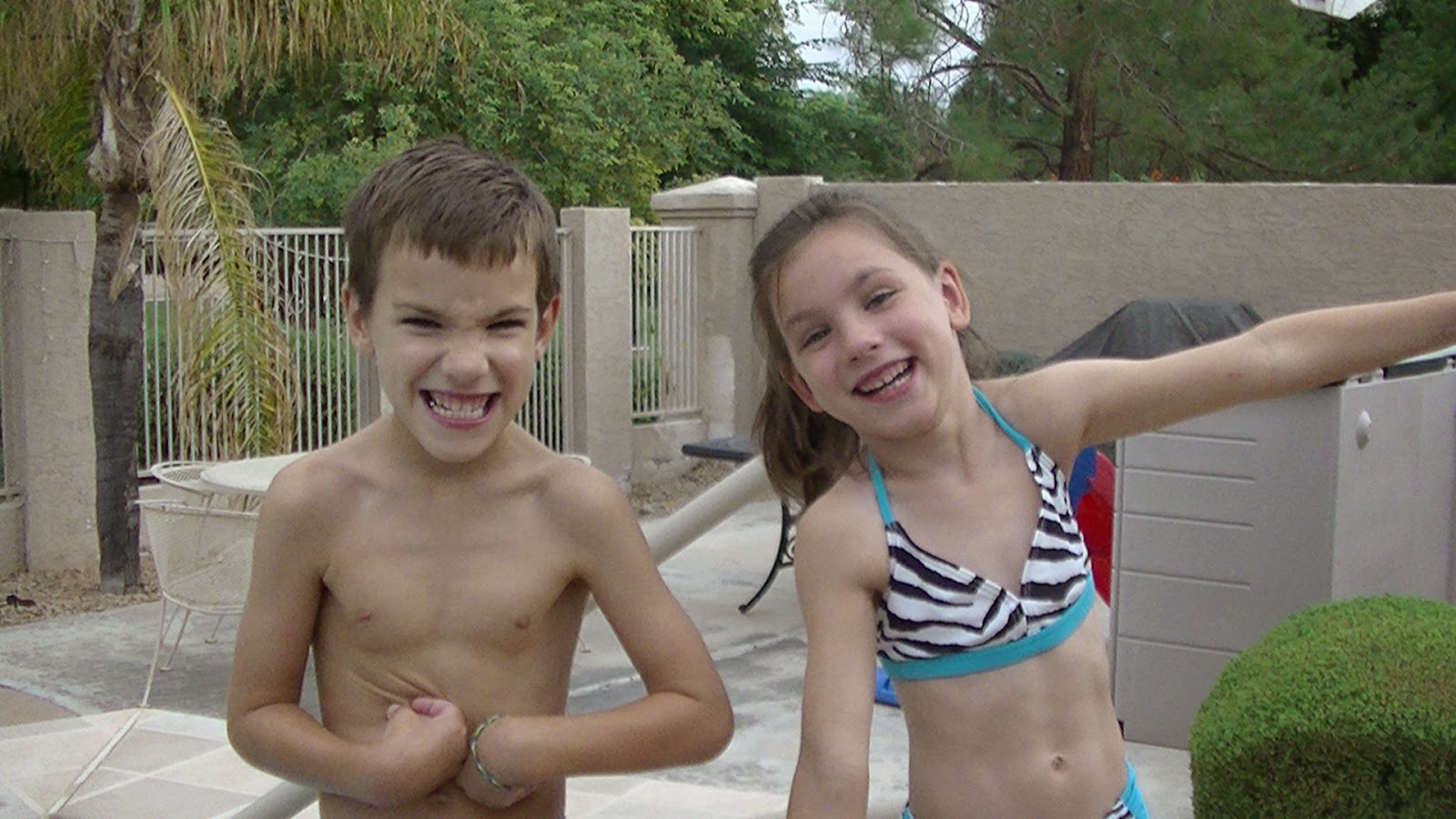 Look at those muscles!  The twins are eating plenty of spinach to get strong. 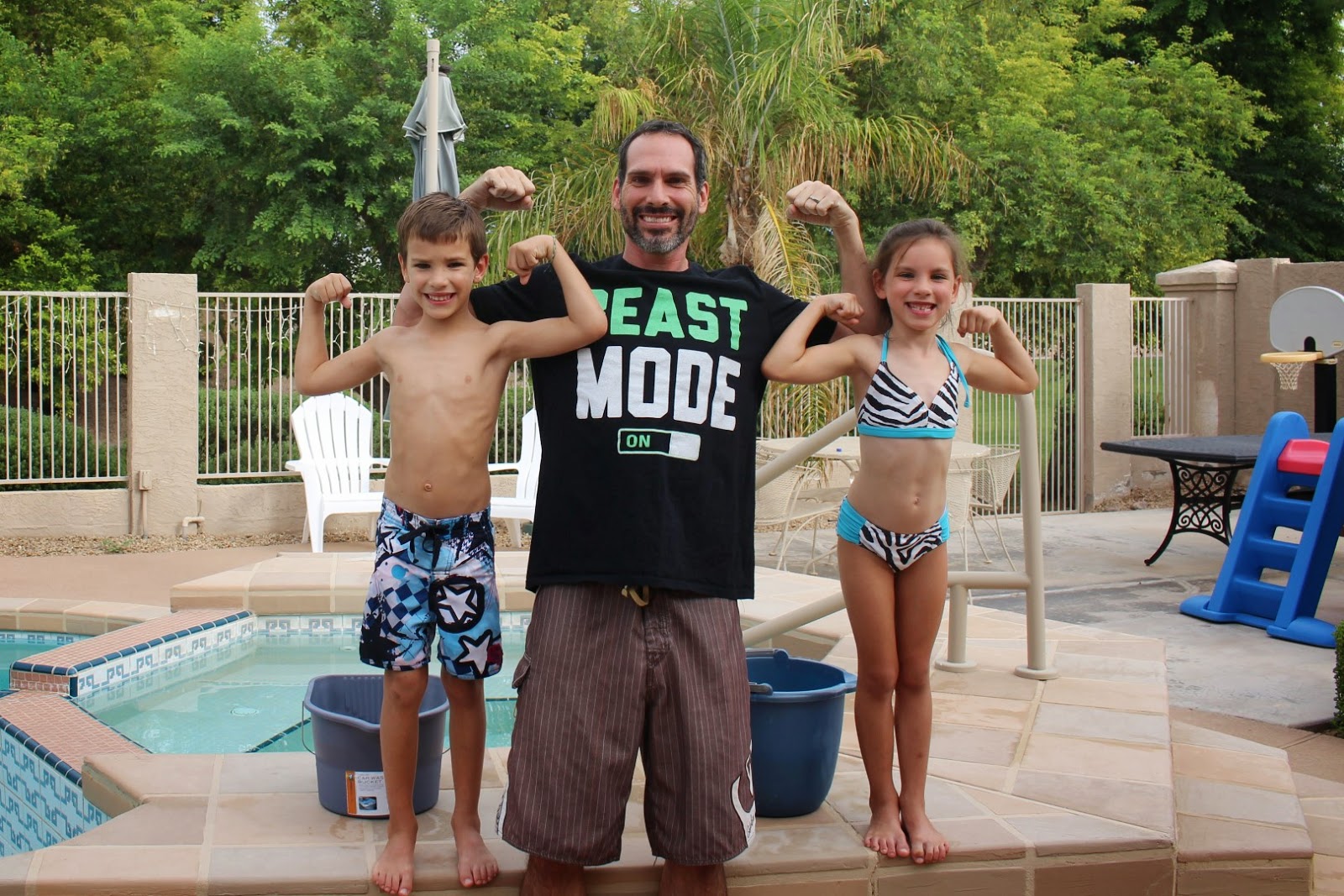 We invited a young mother from church to spend the afternoon at the Casa de Webb.  She brought her four year old son over to hang out with Easton and Layla.  Layla was kind enough to leave the boys alone.  They played Star Wars and legos and swam for a few hours while Kendra talked with the mother. 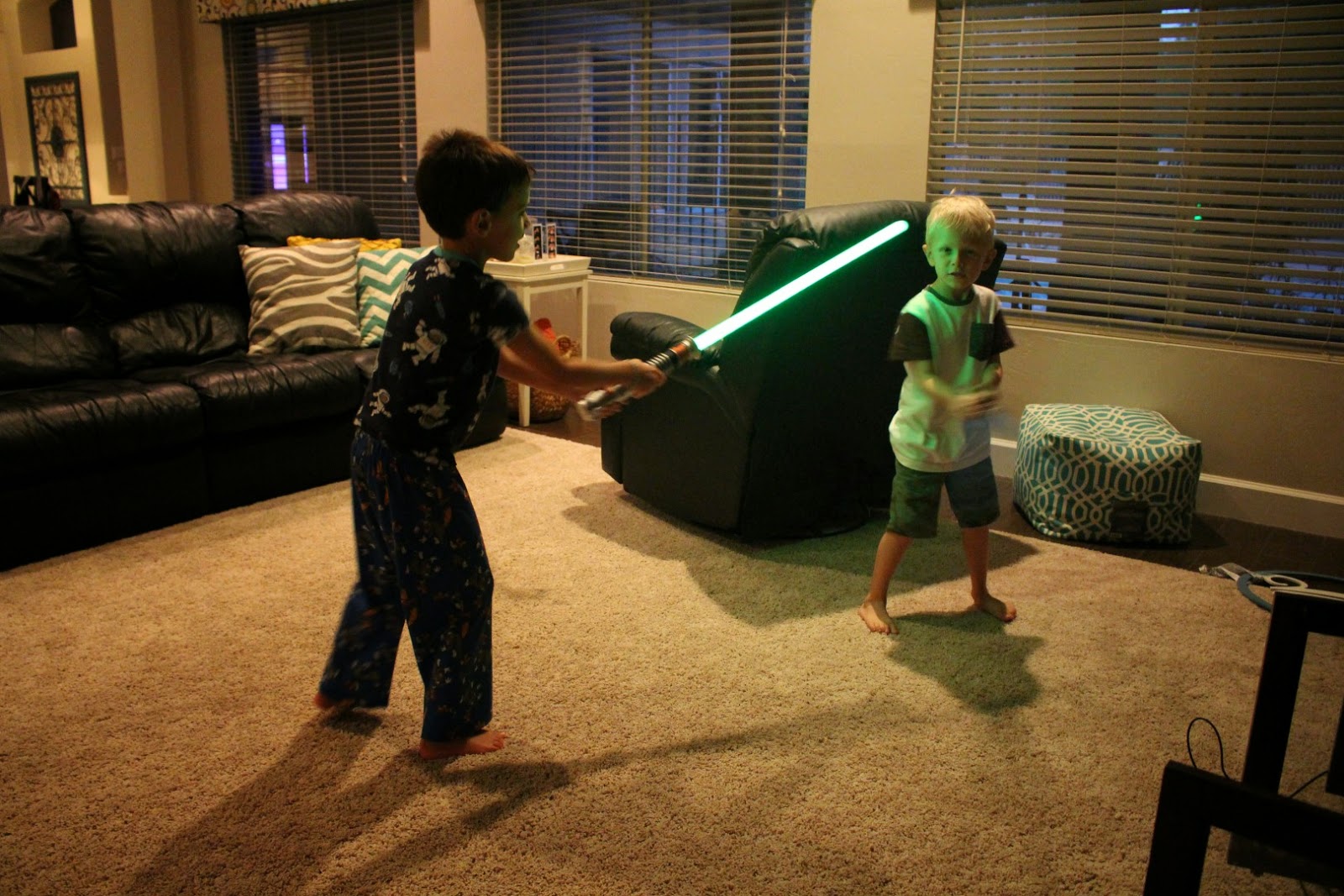 Because Easton was busy playing, I took Layla out for a little daddy time.  We ran some errands and sat at a coffee shop discussing school and friends and all the fun we had this past summer.  At the grocery store I saw a dozen roses on sale for $4.00.  They weren't in the best shape, but I grabbed a bundle to give to Kendra.  Layla asked if they were for her and I told her, "No, these are for Mommy because she is my wife and I love her very much.  I want to bring them home to surprise her as a way to show her I was thinking about her."  I could see her mind processing my comment and I waited patiently for her response.  She could have thought, "well, you must not love me because you didn't get any for me!" That might end with a temper tantrum right there in the store for some kids and parents.  Or she could have thought, "I'm glad you love Mommy like that and want to show her."

She responded with the latter comment, to which I bent down and gave her a big hug.  I said, "because you were kind and understanding I will get you a bouquet as well."  Not only that, I gave her the choice of any of the bouquets on display.  She said, "I'm glad you love Mommy and I know you love me too, Daddy.  The flowers are a good way to show it for both of us." 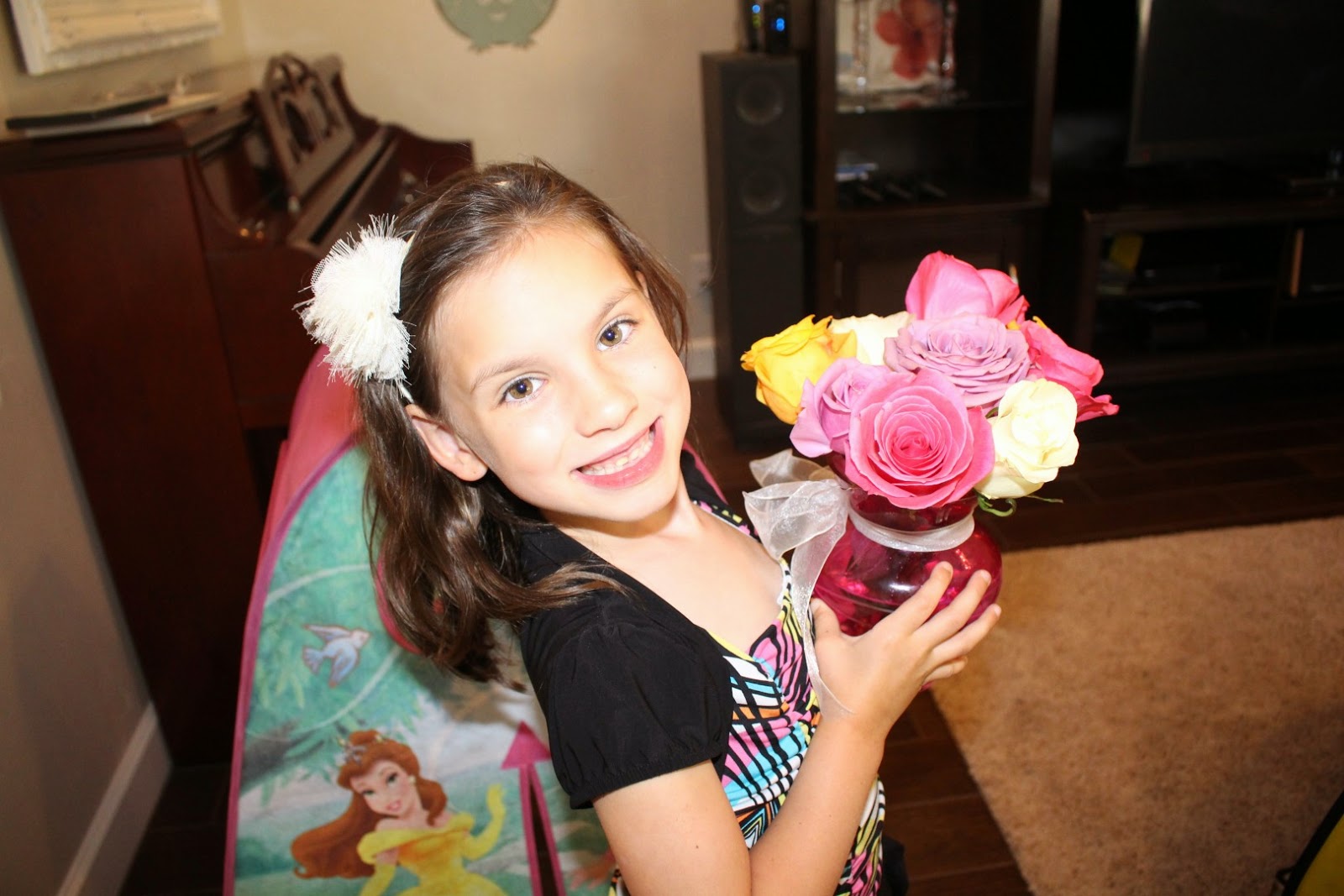 This is a random month-old photo, but I discovered it as I glanced back through our summer fun pics.  This is from Nana and Papa's backyard when they brought out the slip 'n slide.  She is very creative when it comes to posing and strong enough to do it while sliding down the slip 'n slide.  She always has a song in her heart and skip in her step.  I love watching her grow and still keep her happy go lucky personality along the way. 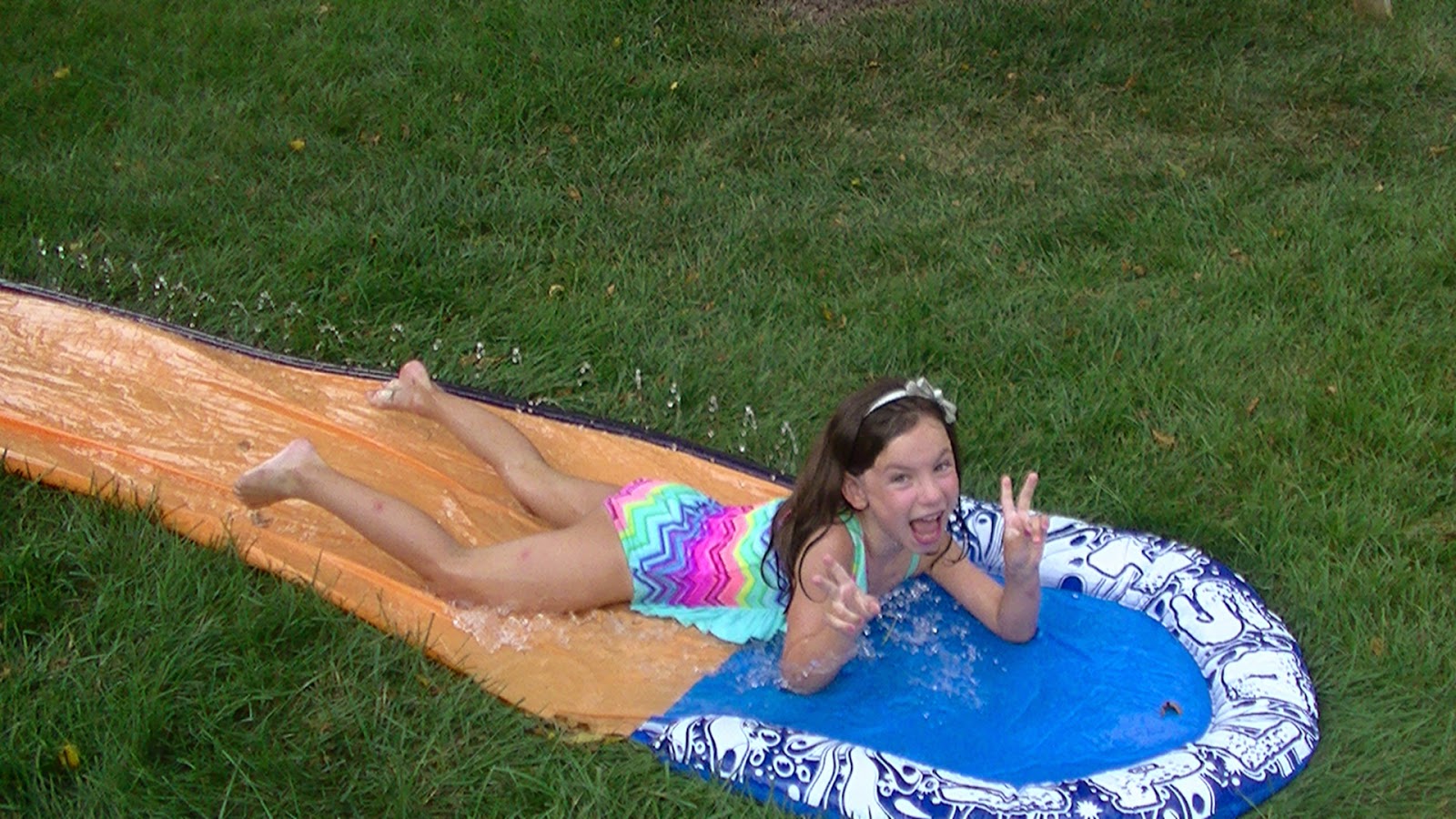 One evening I had the twins for the evening while Kendra did her own thing.  I took the twins out for a cheap dinner.  Layla asked if she could wear one of her princess dresses.  I agreed and she went all out with full Snow White attire.  At a stoplight (no i wasn't doing this while driving) I turned around to see Layla looking so grown up that I had to blink a few times to adjust my mind to what my eyes were seeing.  Somewhere along the way she became the little lady we've been declaring over her life since she was a baby. 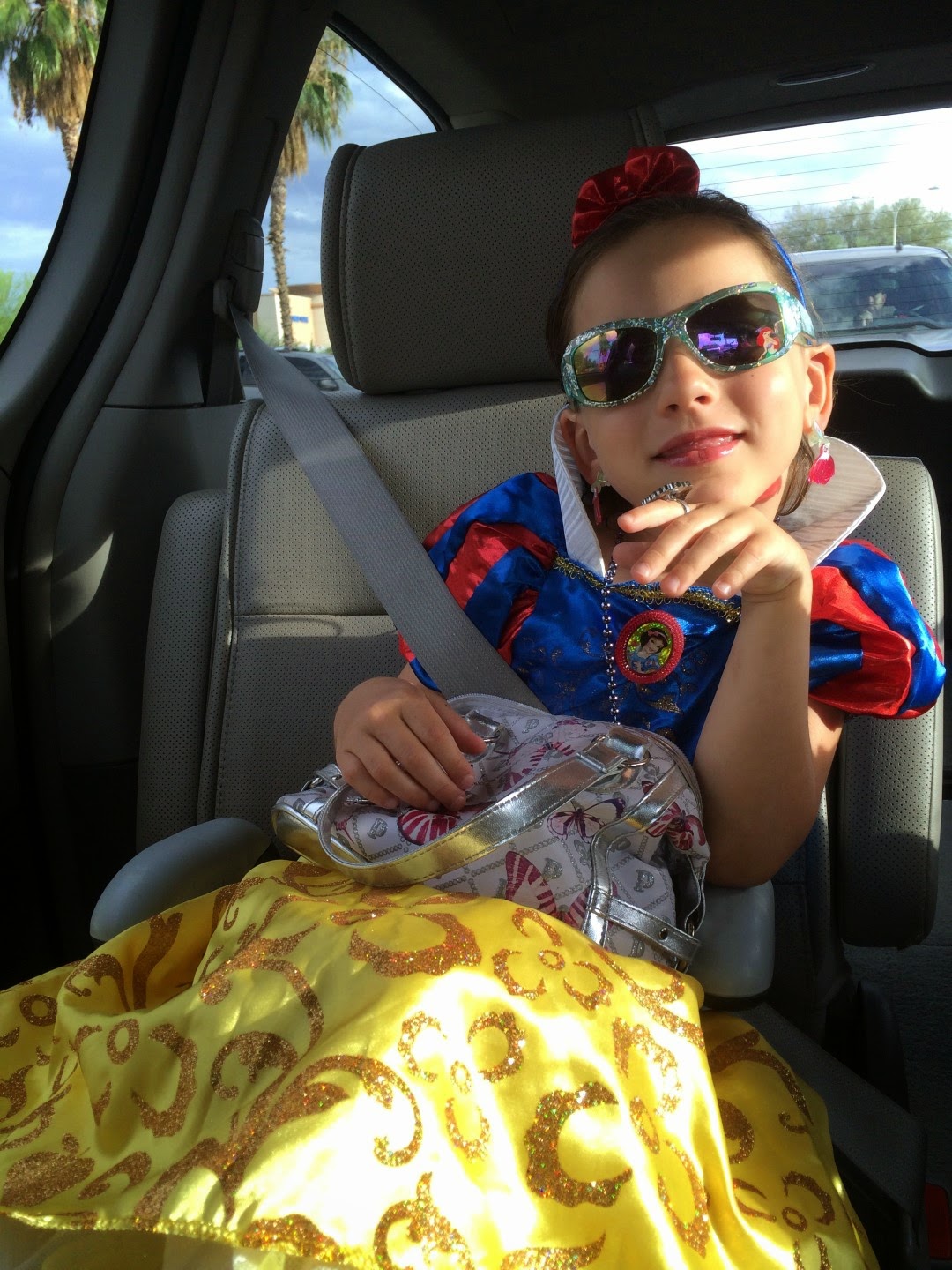 As we sat down at the restaurant, Layla kindly asked if I would sit with her.  I gladly agreed.  She snuggled up against my chest as we waited for our food.  I gave Easton the phone to take a picture of us and this is how it turned out. 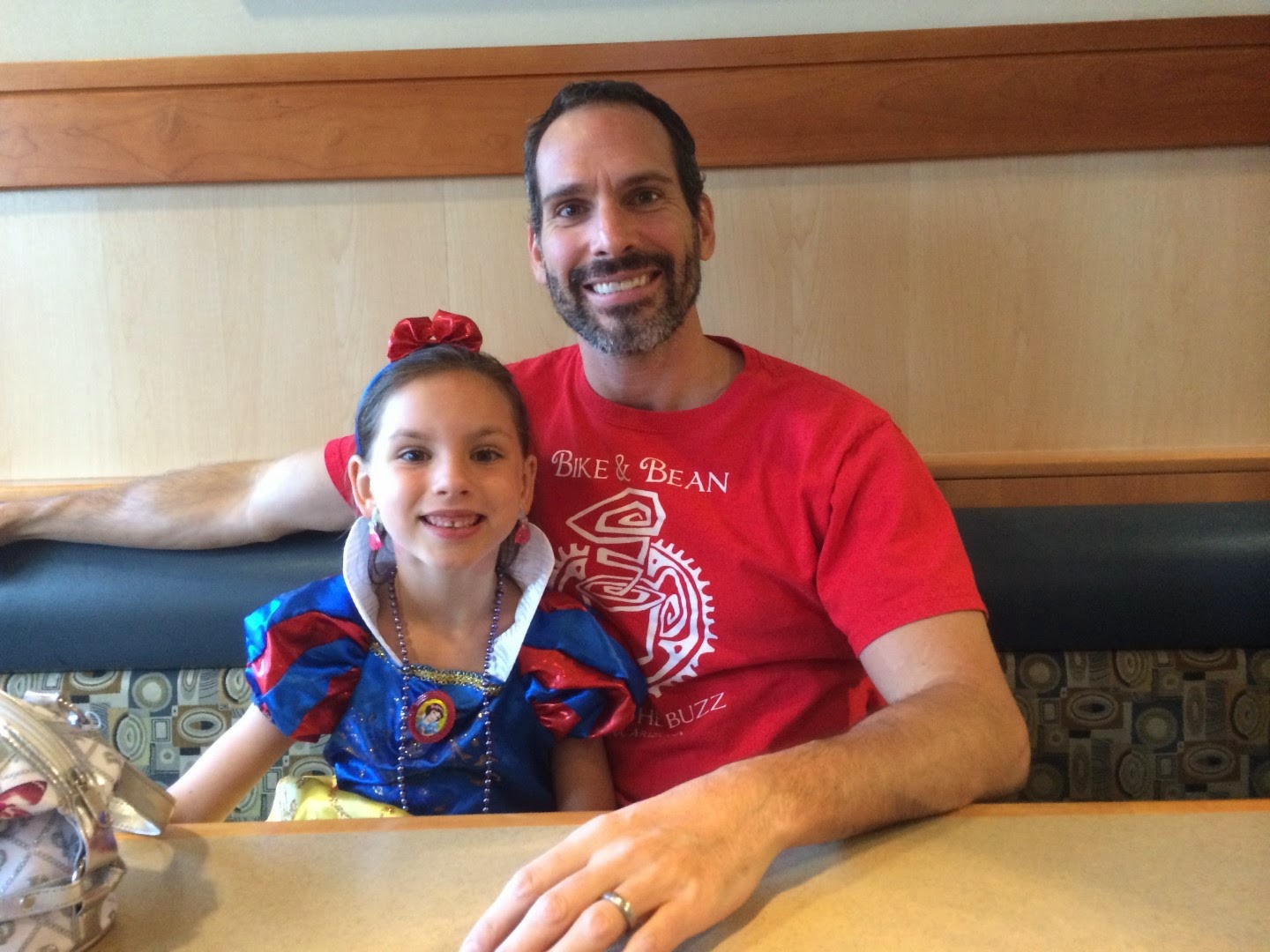 I'm happy the twins are at the age that they can take pictures too!  I've been the one behind the camera for six years now and it's about time they start carrying the mantle!

Kendra and I decided to go to the local water park for an evening of water slides and lazy river relaxation.  We invited several friends and ended up with ten of us adults willing to run around the park riding water slides like teenagers.  We were among the oldest park visitors, which we expected.  Hanging out with so many youth and young adults was tons of fun.  After the three hours of swimming, standing, running, and sliding we all went for a late night meal.  Staying out late eating greasy burgers was reminiscent of my younger years.  Not that we are trying to recapture our youth, but we are certainly never too old to have some good ole' fashioned, laugh-out-loud fun. 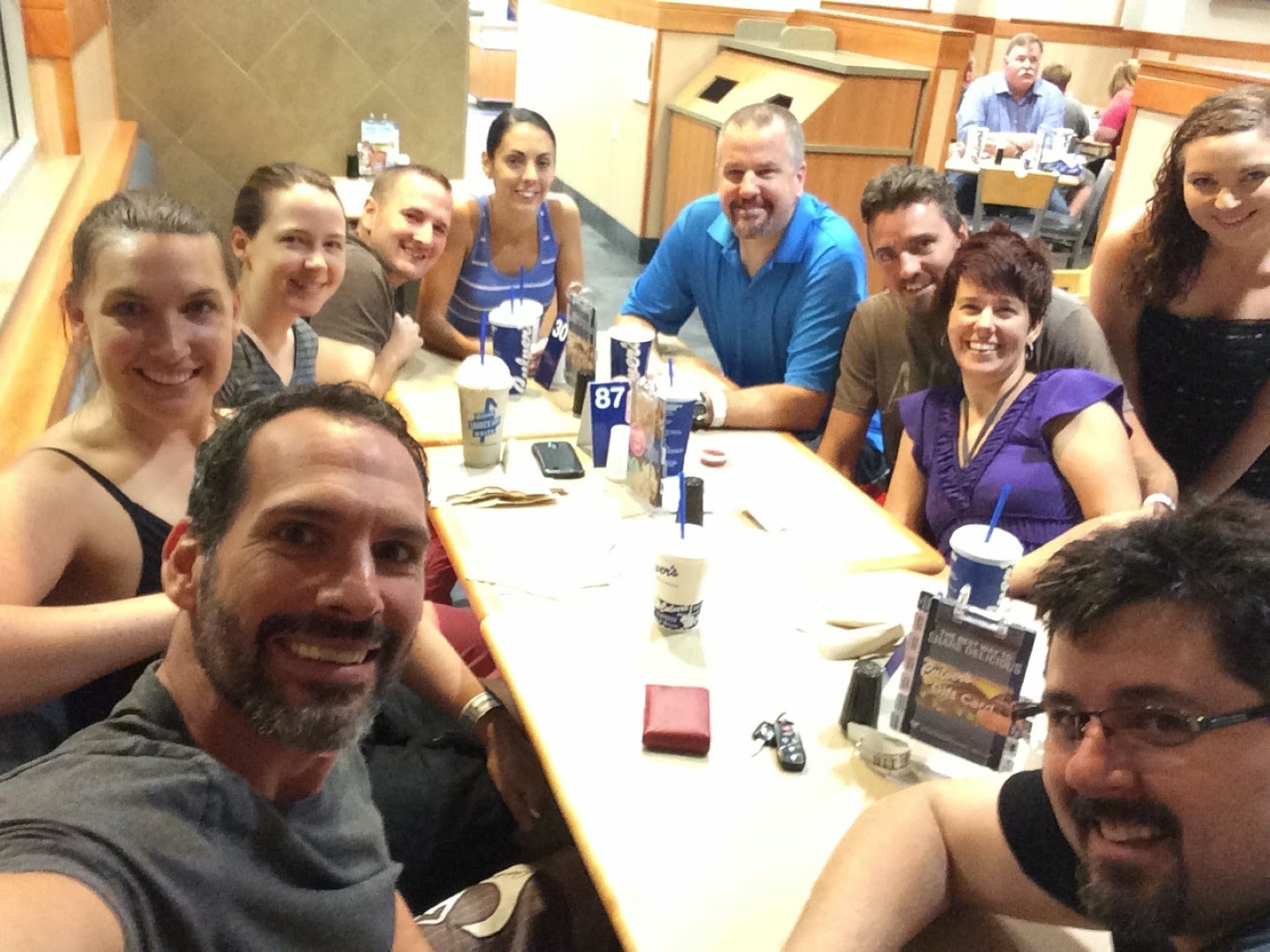 Kendra and I are two weeks into the eight-week class we lead at church.  We have over 40 people going through the class with us and 10 leaders helping us pull it off.  Here's what the class looks like. 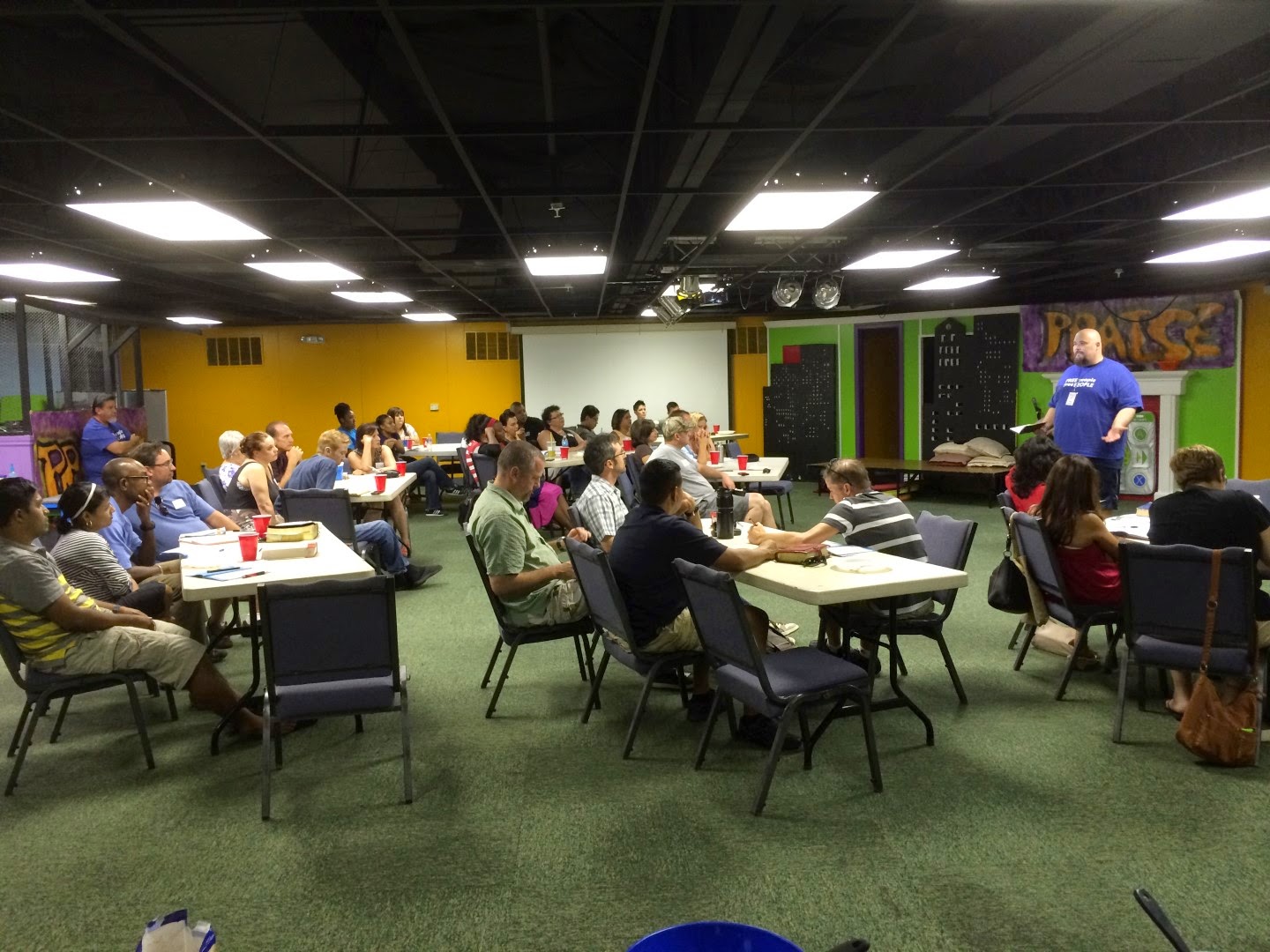 This is a big focus of our time right now.  One of the most rewarding things about it is how much of the class content Easton and Layla understand and accept as truth.  They are so open to learn and understand that it is sometimes easier to paint on a blank canvas as opposed to having to chip away some false teachings and misunderstandings.

Up next on the calendar is a week of work and school followed by a long 3-day weekend of family time.