half-years are a big deal for kids until some age.  Easton and Layla introduce themselves to strangers (when we are with them) and it goes something like this:

I chuckle inconspicuously with straight lips and snorting like a bull because they are so exuberant in their social interactions.

I just reread that last sentence to know if it makes sense.  I thought about rewriting it using smaller words, but didn't bother.  This is how the thoughts come through my head and you all are smarter than the average bears.

One morning this past week I heard Kendra getting the kids ready for school. She said something about school pictures I loaded up my DSLR to get some pics before they head off to school.  I never liked yearbook pictures because they rarely represent the student well.  As far as I'm concerned these are their official First Grade pictures regardless of what happened at school this day. 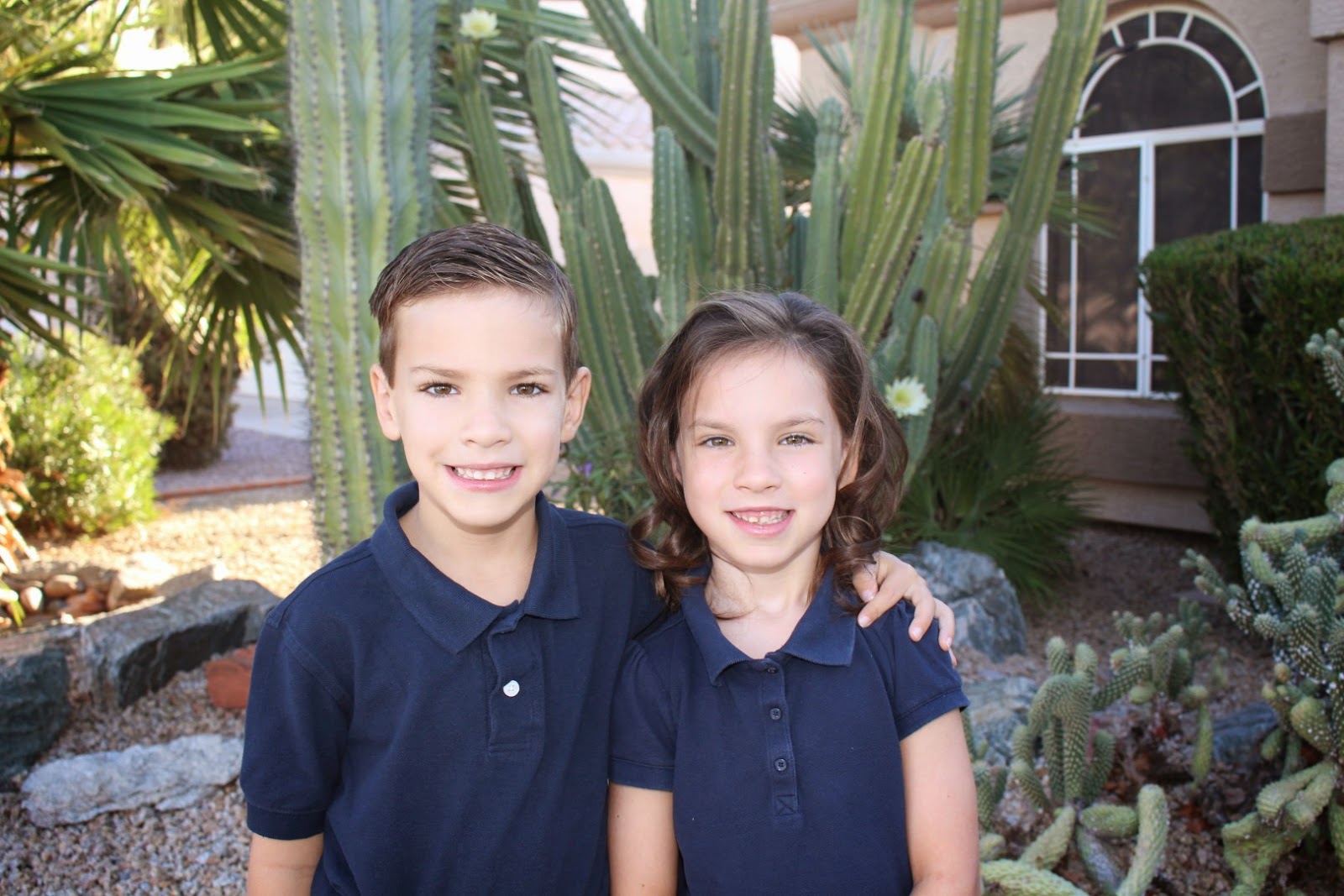 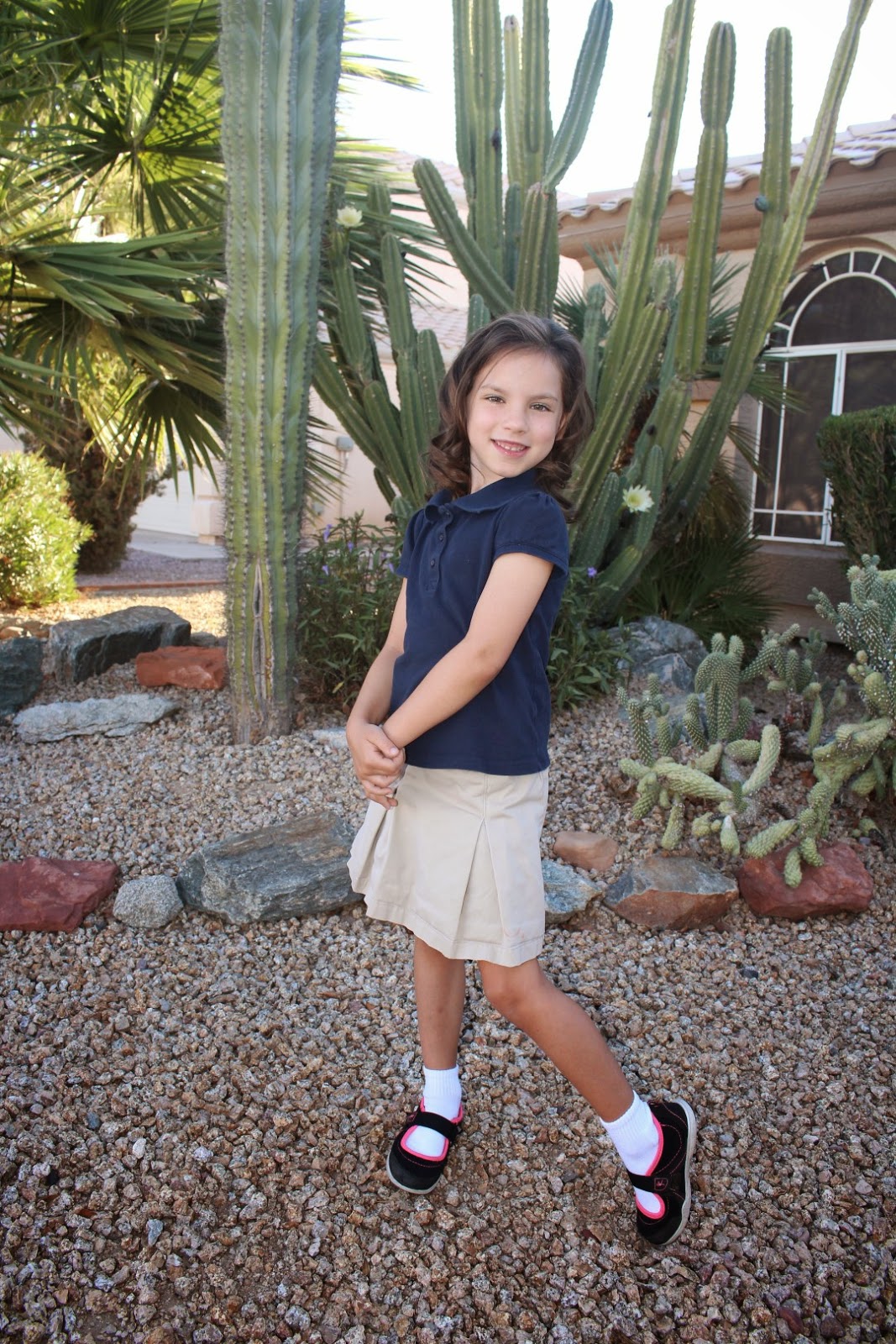 Easton will ask me someday why I let him go to school without a belt on.  It's just a rite of passage, i guess?  He's still a dashing young man even with the top-buttoned shirt and hiked up pants. 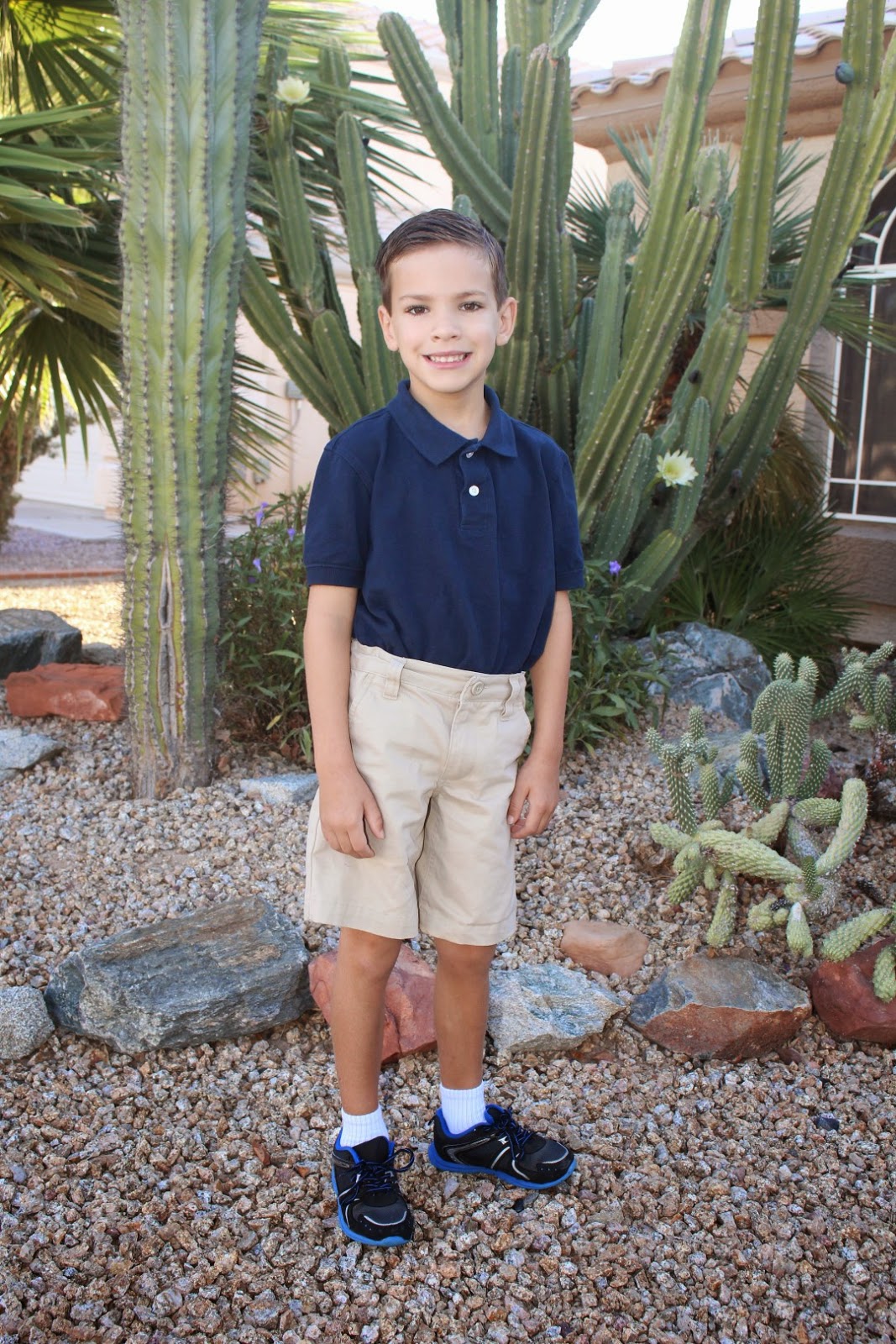 Easton asks me every. single. day. about a titantic toy.  I let him browse Amazon with me one day and he came up with this:

He said, "It looks like the real thing and it floats and has battery power."  Apparently those are his criteria.  He is getting a true understanding of what $25 is because every day we talk about it.  He asks if HE has $25 so we count the money in his "spend" container.  I say, "1, 2, 3 dollars.  Dude, you have 3  dolllars.  you need to get to $25."  Then he asks, "Do YOU have $25?"  I respond, "Yes, but I don't want to spend it on a titanic toy."  Then he pulls his best trick in the palybook, which is to say, "Why not?"  because I've taught him that since he was barely old enough to think.

I may end up buying it for him out of persistence.  It would be easy to say no if he was bratty or pestering me, but he's not.  He's just really focused on what he is passionate about and I want to encourage that as much as possible.

Speaking of passions, Layla is back on the ice.  Her ice skating rink finally reopened after the remodel.  She was bouncing in her chair like Tigger all the way there.  She practically ran out onto the ice after I laced up her skates.  Here she is with her new and old friends along with the instructors. 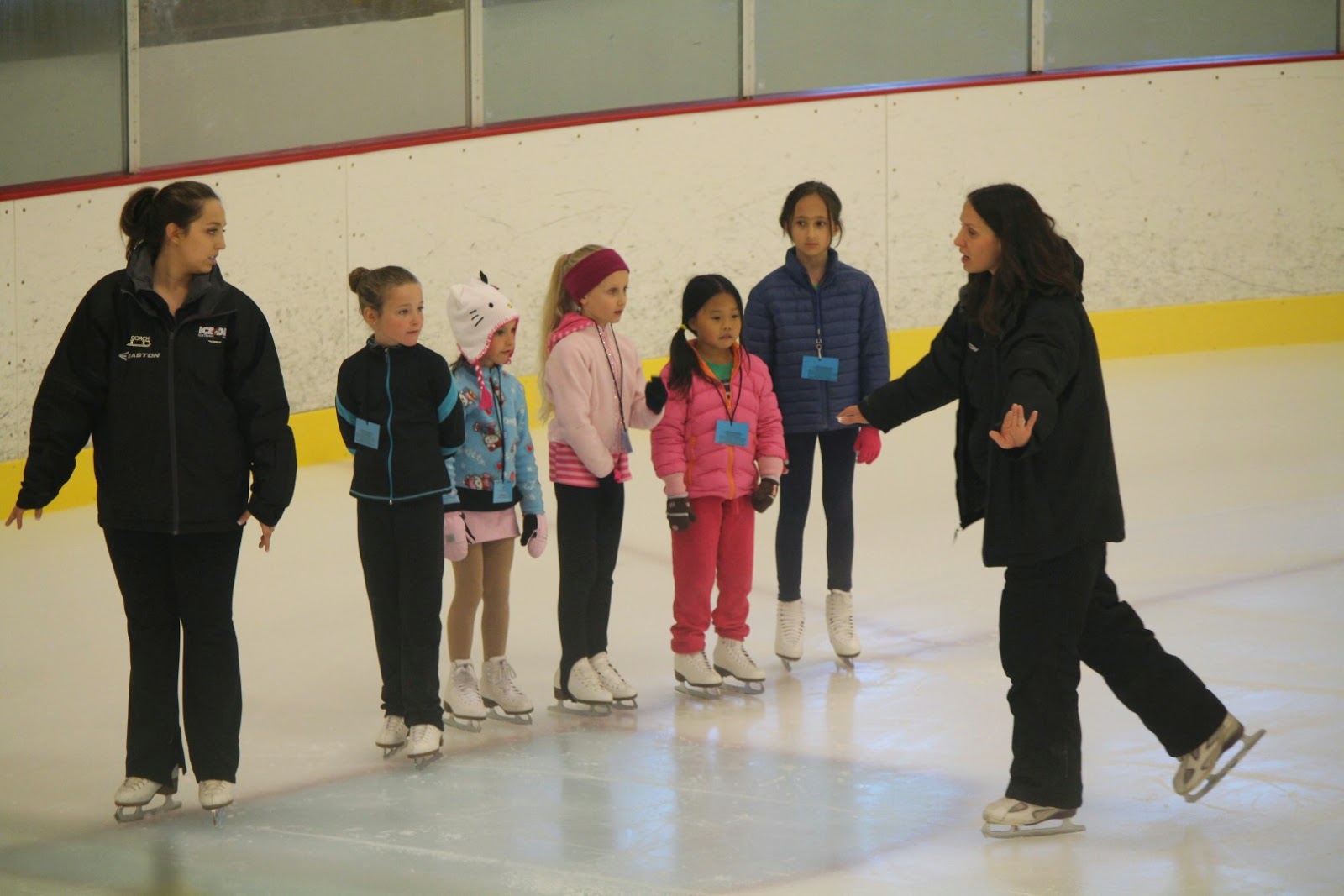 I'll give you one guess who was scrambling to be in the front of every drill and exercise. Of course it's Layla. What she lacks in talent (compared with some other girls) she makes up for in passion. 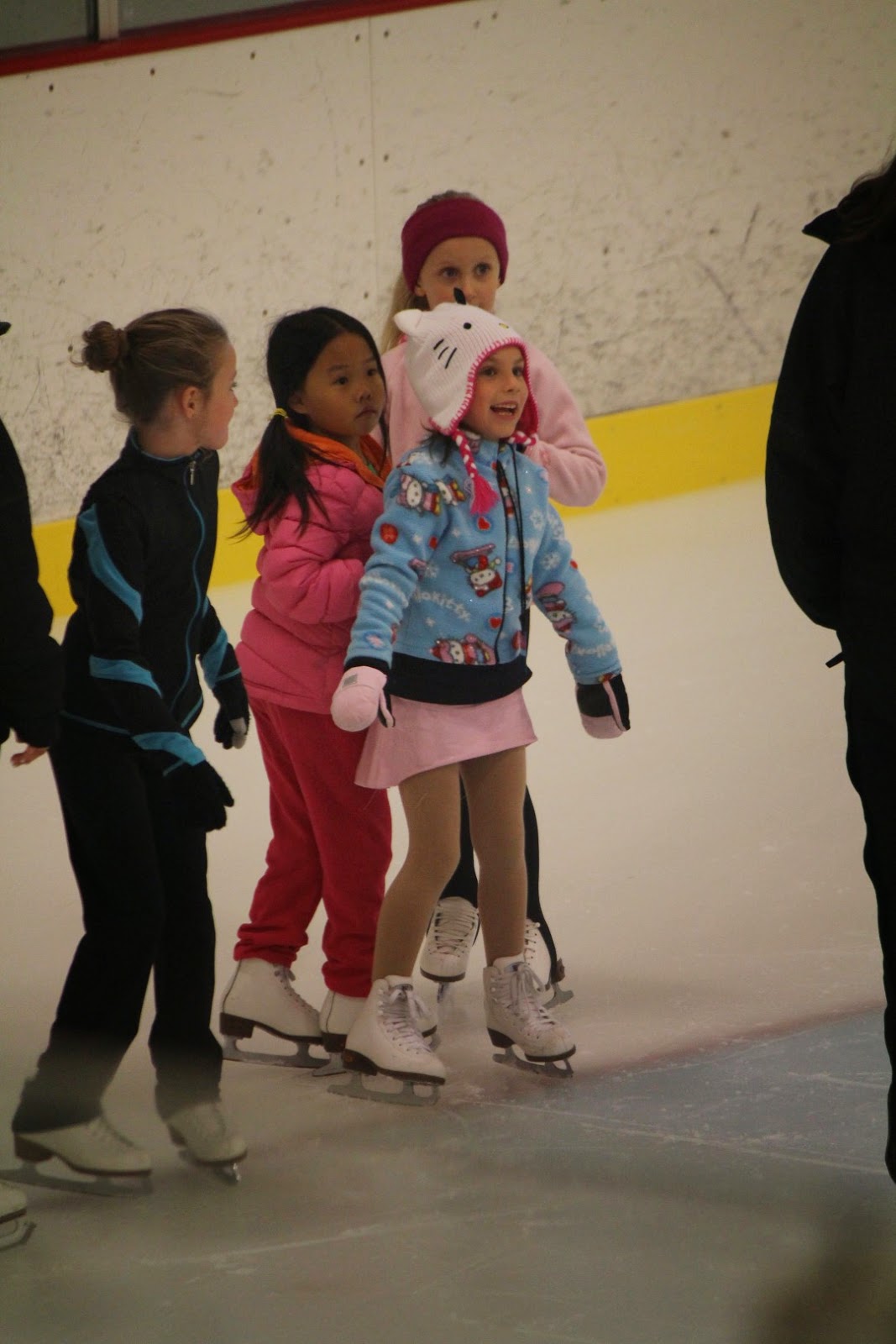 I took her to the lesson straight after work.  The time together just traveling there and getting ready was a reminder of how important it is to have one on one Daddy time with my girl.  She comes alive even brighter with the slightest smile, clap, and thumbs up as I watch her.  The amount of influence and responsibility I have to call her out as a wonderful young lady is overwhelming at times.  Much like the nervousness I felt on my wedding day with Kendra, it's not so much a matter of being scared.  I'm just intensely aware of the nature of those key moments in life.

Anyway, the tighter rules and increased costs under the new management are not comforting, but we'll let her go as far as she wants to as long as there are funds to make it happen.  She's still set on going to the Olympics, by the way.  The two things she needs now to get on that track are balance and flexibility so that's where we will be working off the ice to improve.

...and in other news, my job change at work is a whole new level of responsibility and leadership.  Unfortunately, my company doesn't increase salary to match the employee's role or position or title.  The employee must function in the new role and prove his worth and THEN be considered for an increase in pay.  I'm just happy to have my job and blessed to have the opportunity to increase my level of influence.

Labor weekend and the great achievement of doing absolutely nothing for a couple of days is on the horizon.  looking forward to some family downtime.

Hope we can have some of those school pictures to decorate our home with. Love ya gobs and miss you. Congrats on your new job position!
MOM