Hello friends and family,
This is a rare phone post where I load the pictures from my computer, then type the contents from my iPhone.  I'm laying in bed trying not to wake up Kendra.  The reason I can't type on my computer is because the 4 webbs are in the forest at a cabin with no wifi.  Lucky for me thee is a cell tower just down the road.
Charles Spurgeon is called the Prince of Preachers. He once said "There is hardship in everything except eating pancakes."  I completely agree. 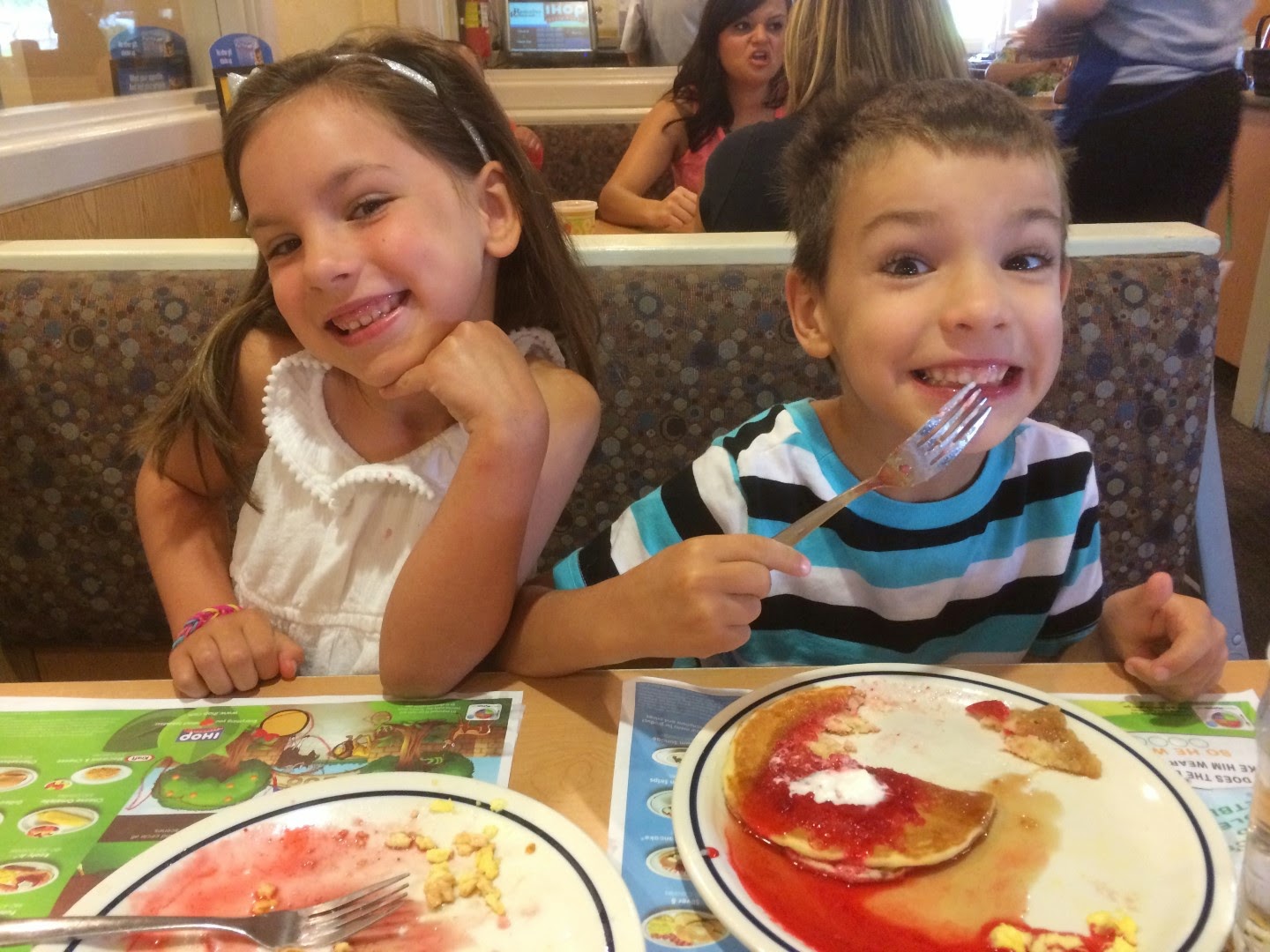 I took the twins out to breakfast for some daddy time.  The restaurant we had planned to visit went out of business.  The twins are really flexible so we headed to IHOP as a backup plan.  The one we went to was a common dinner spot for Uncle Dave and I back when they had a smoking section inside.  That seems like an eternity ago but it's only been 7 years since we were on our regular cadence of Tuesday tacos (or IHOP).
The twins and I had an excellent breakfast together. The thing I noticed most about their eating habits is how much more they eat at a sitting now that they are growing up.
I went to meet the teacher night with Layla. Easton ditched so he could have a sleep over with his friend Zander.  I took a picture of his desk so he would know what it looked like. 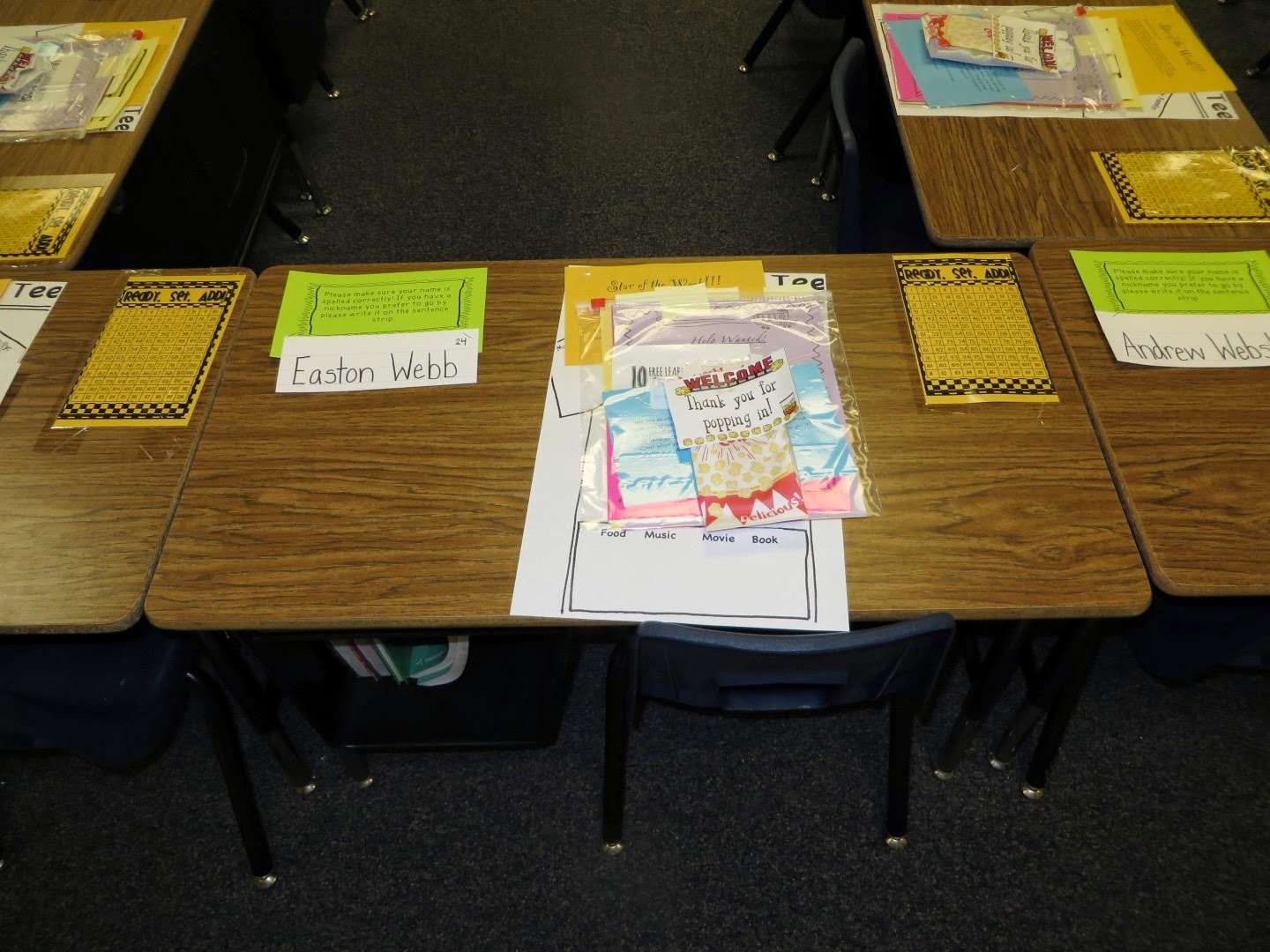 Layla won over her new teacher with her charming personality.  She saw which friends were going to be in her class and who would be in the other one with Easton. 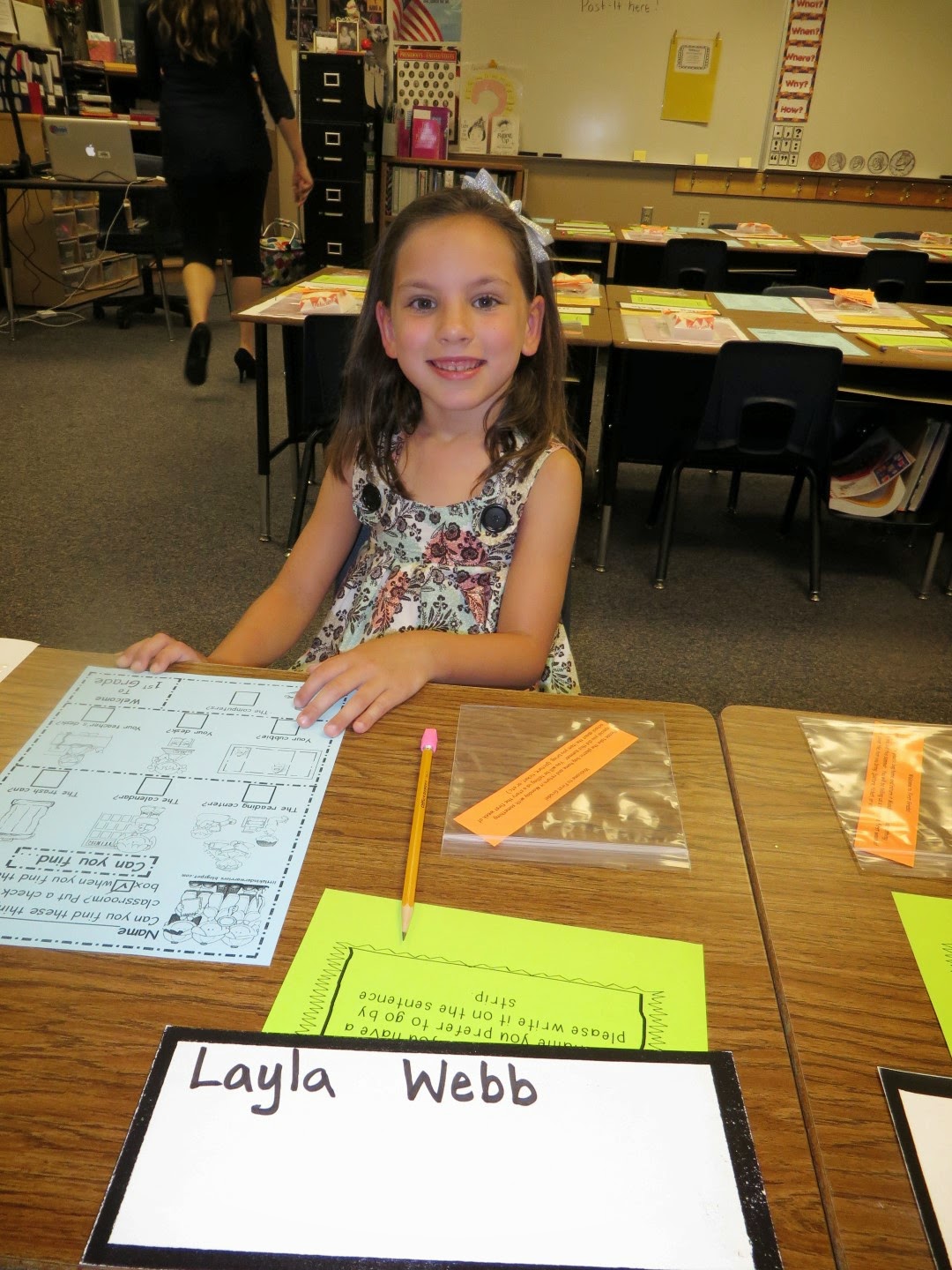 Kendra and I thought about putting them in the same class but the school separated them again.  We decided to go along with the idea and we are glad we did.  Their teachers fit their personalities well.
The first day of school came and they were completely amped and hyped to he going.  I tried to recreate the picture from last year.  They are so adorable. 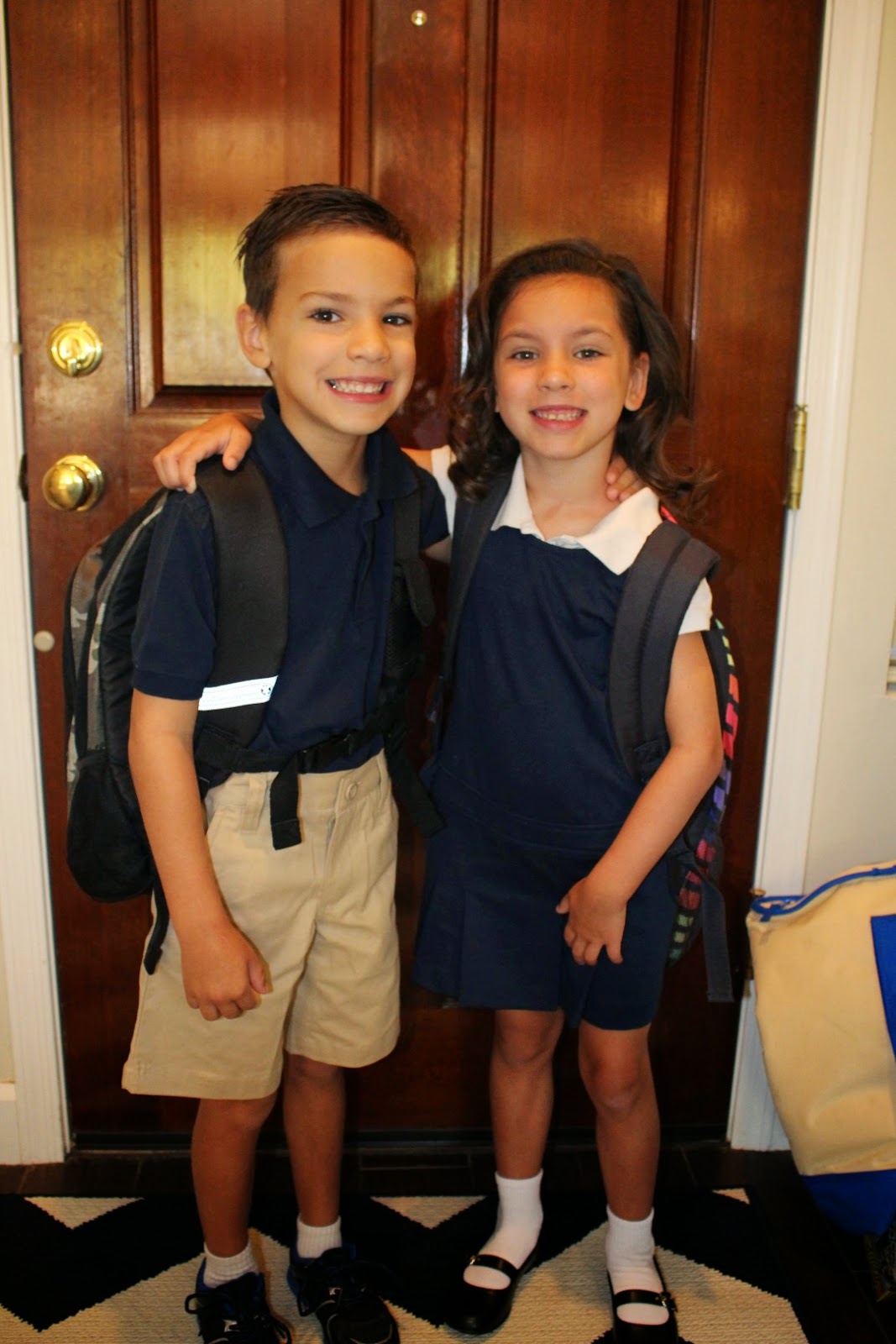 Easton and I went to the front yard to setup the outdoor shot. I took a quick picture of him to test the lighting and came away with a great picture of Big Time.  He is such a cool dude. 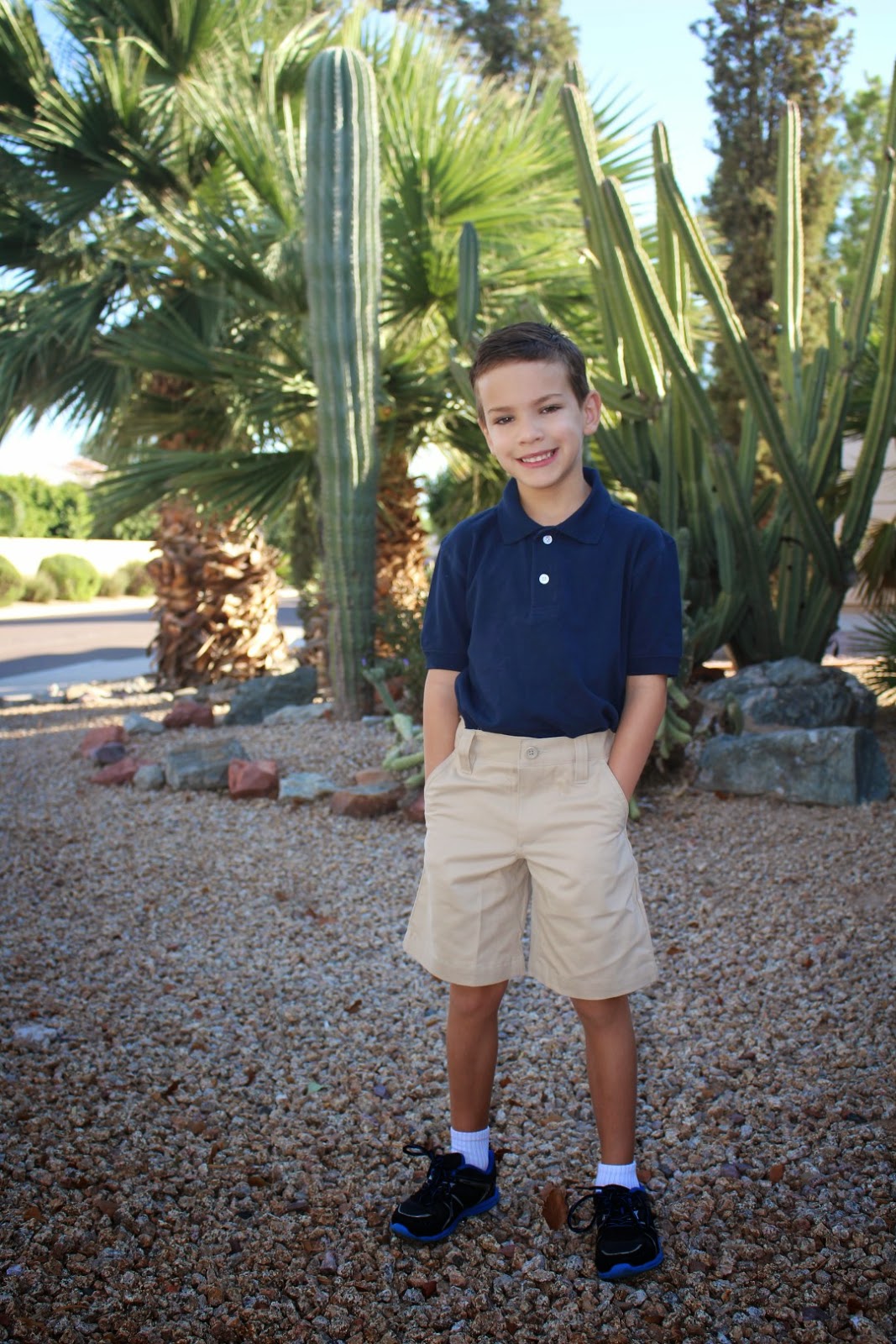 This is my favorite of the bunch because they look so amazingly old as big kids. 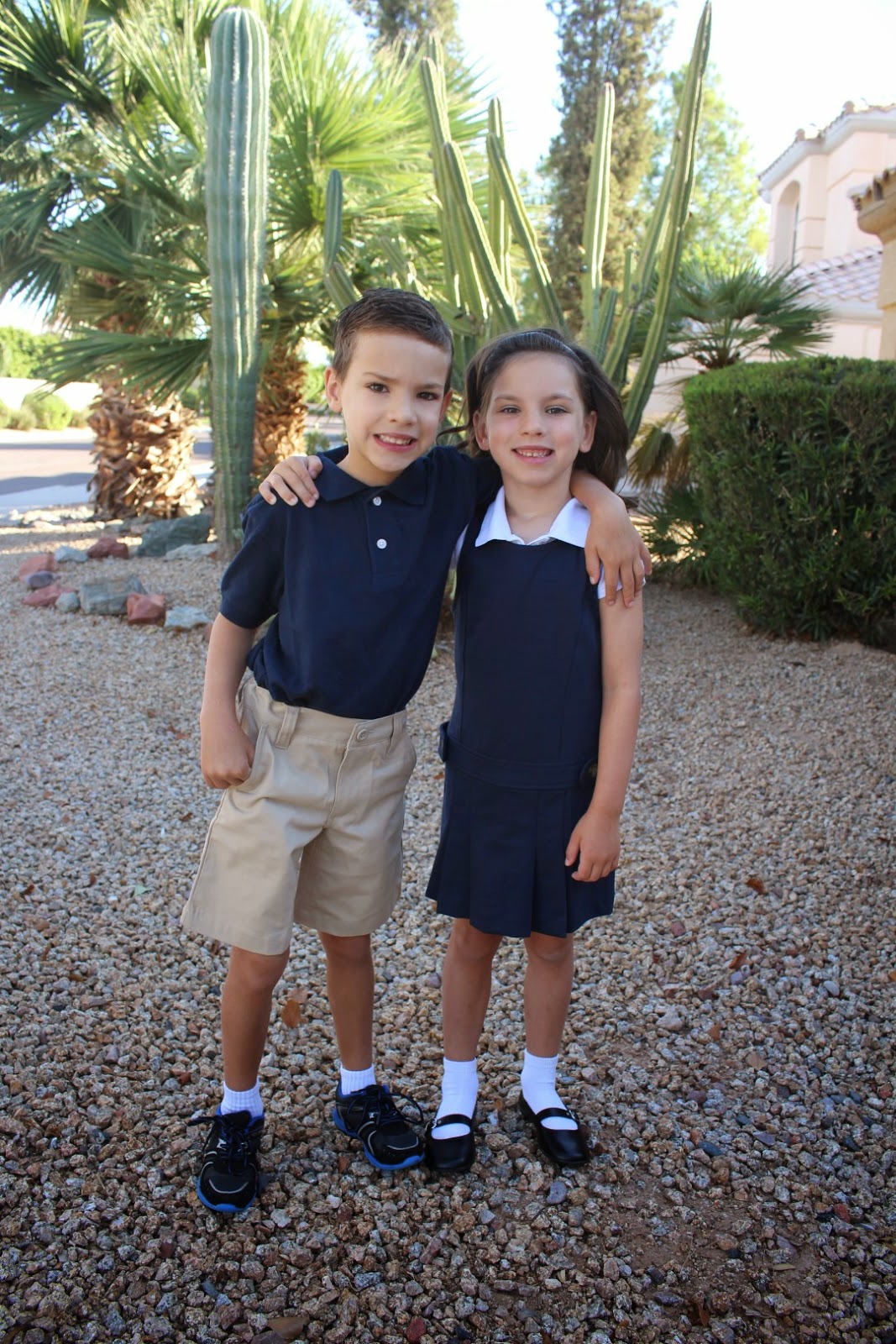 Here's a bit of irony. We received an email from Layla's teacher on the second day of school indicating Layla's classmate hit her and pushed her down!  The silver lining of the cloud was that Layla didn't react at all!  She was blameless and the offending girl is on her way out of that school as a result.  I was such a proud father to know Layla responded properly to the incident.  If you ask me if say it was a test to find out if Layla's heart had really changed.  Hooray for Layla!
Talk to you soon.