The second half of our 48 hour trip to Northern Arizona was on the other end of the adventure scale. The first 24 hours were spent relaxing and playing in the dirt. The wonderfully cool temperatures required light jackets in the mornings and evenings. We happily dug out our long sleeved shirts and winter gear before leaving.  We opened our windows and played outside almost the entire time. 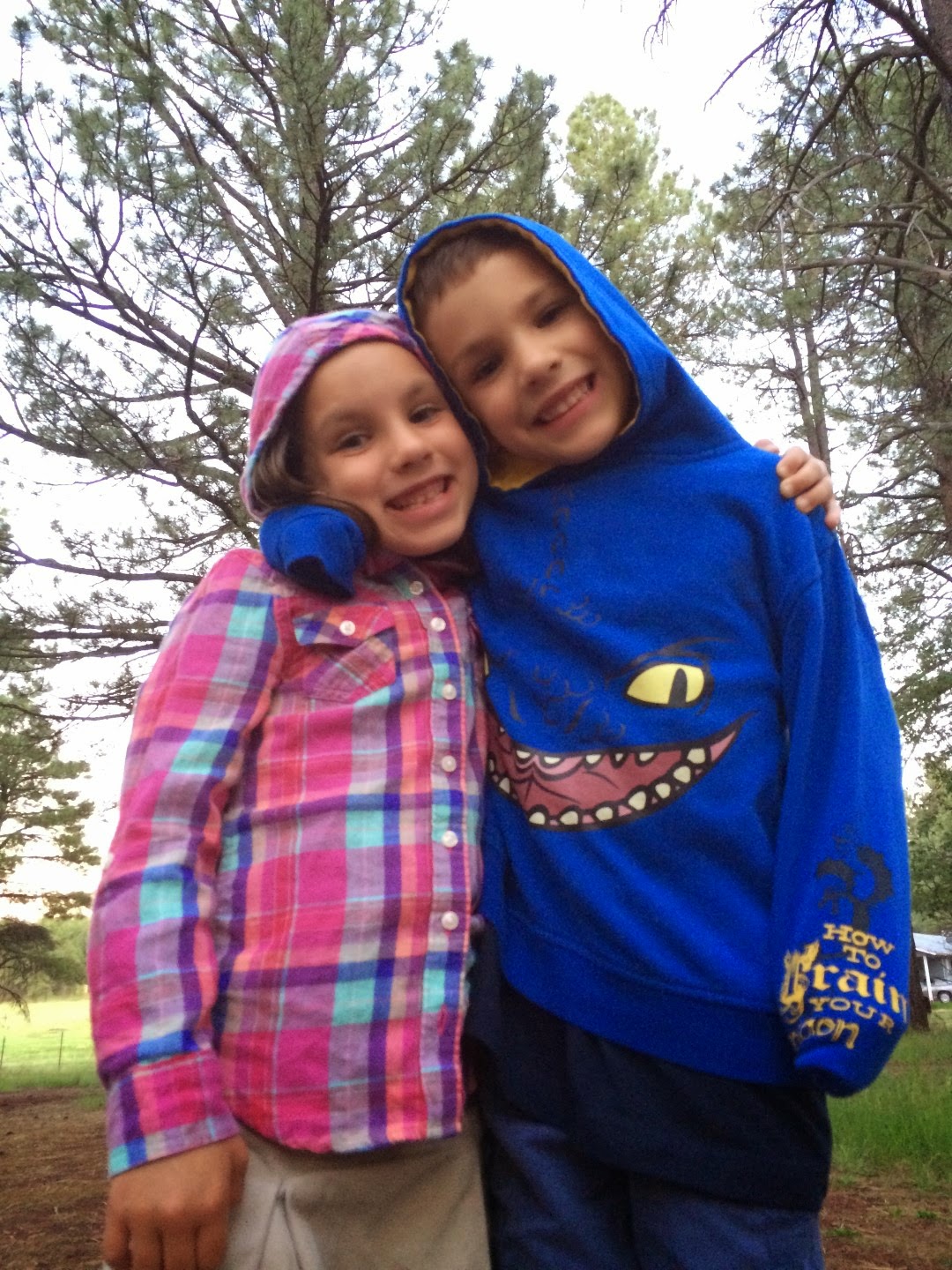 By the second day Layla was doing standing ballet moves on the swing and Easton joined in for double swing. 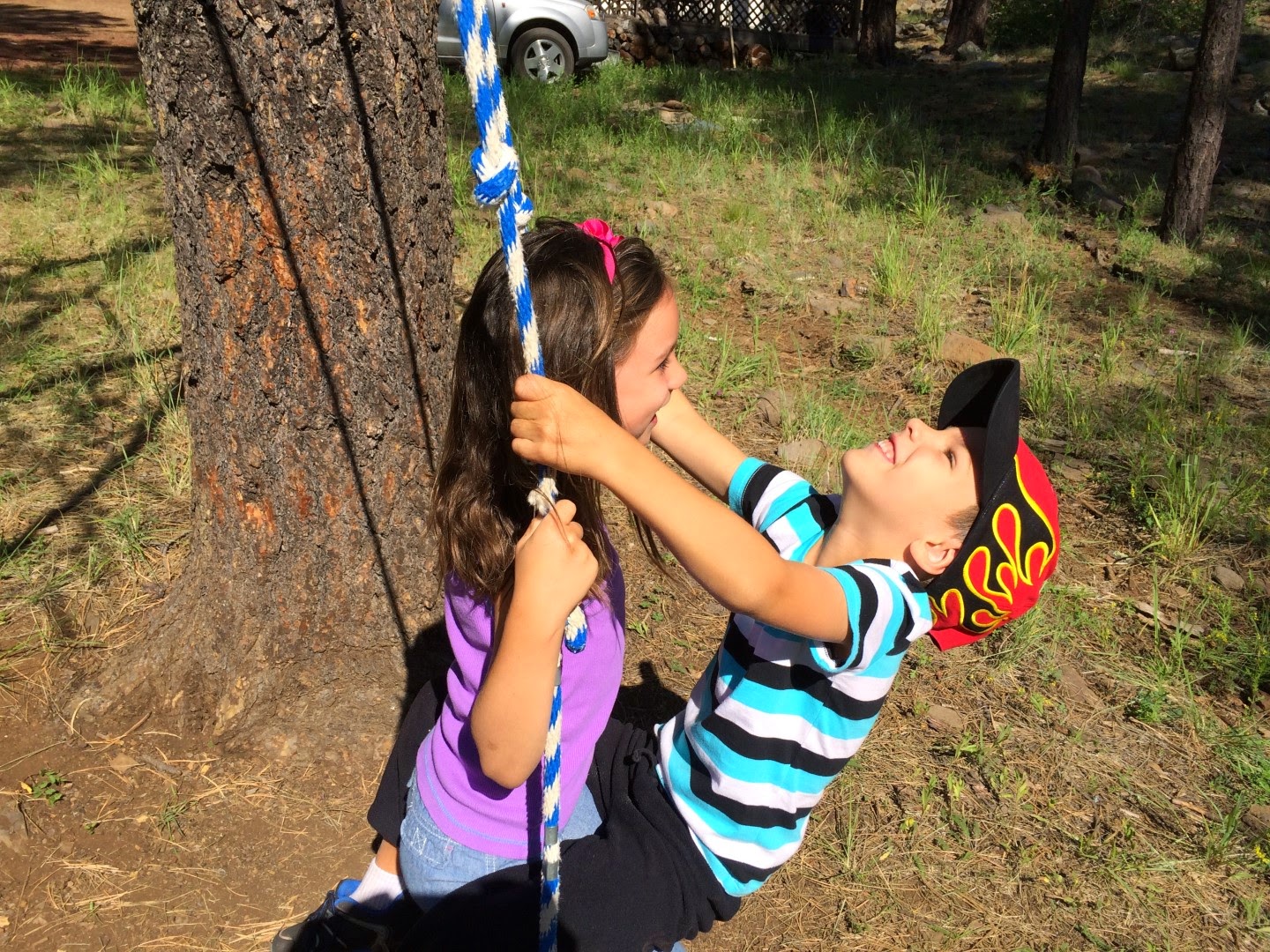 The second 24 were spent touring and spelunking.  The whole crew went downtown (one short street) Williams Arizona for a tour.  We ate delicious pizza at some local joint and then walked to the trains.  Both sets of twins were enthralled with the size and magnitude of the steam engine resting on the tracks. 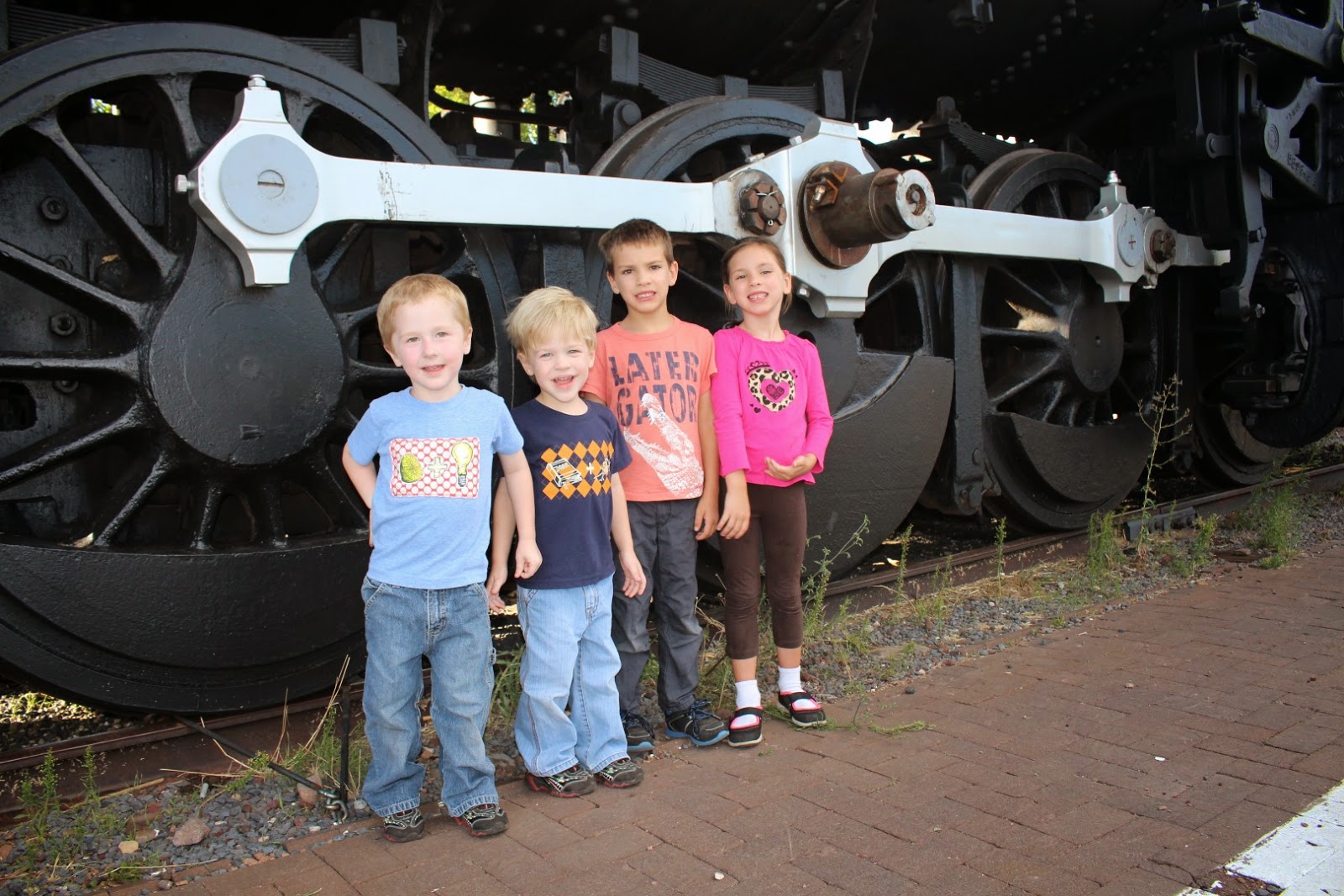 We posed for a shot together for a point of reference for how large the wheels and engine are. 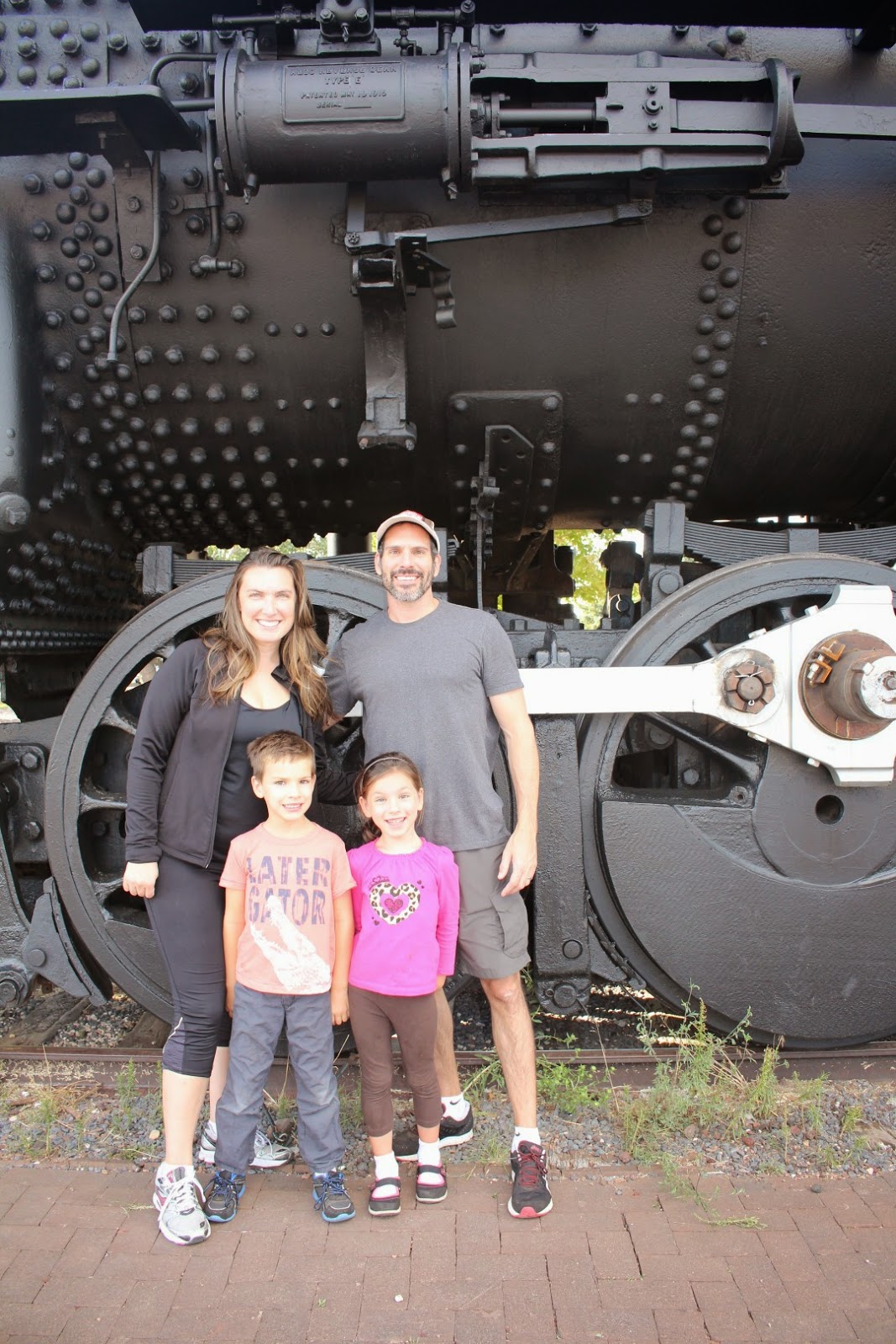 Easton and Layla are the perfect size for a picture with the railroad crossing sign.  All of the railroad sights were the real deal, not models or replicas. 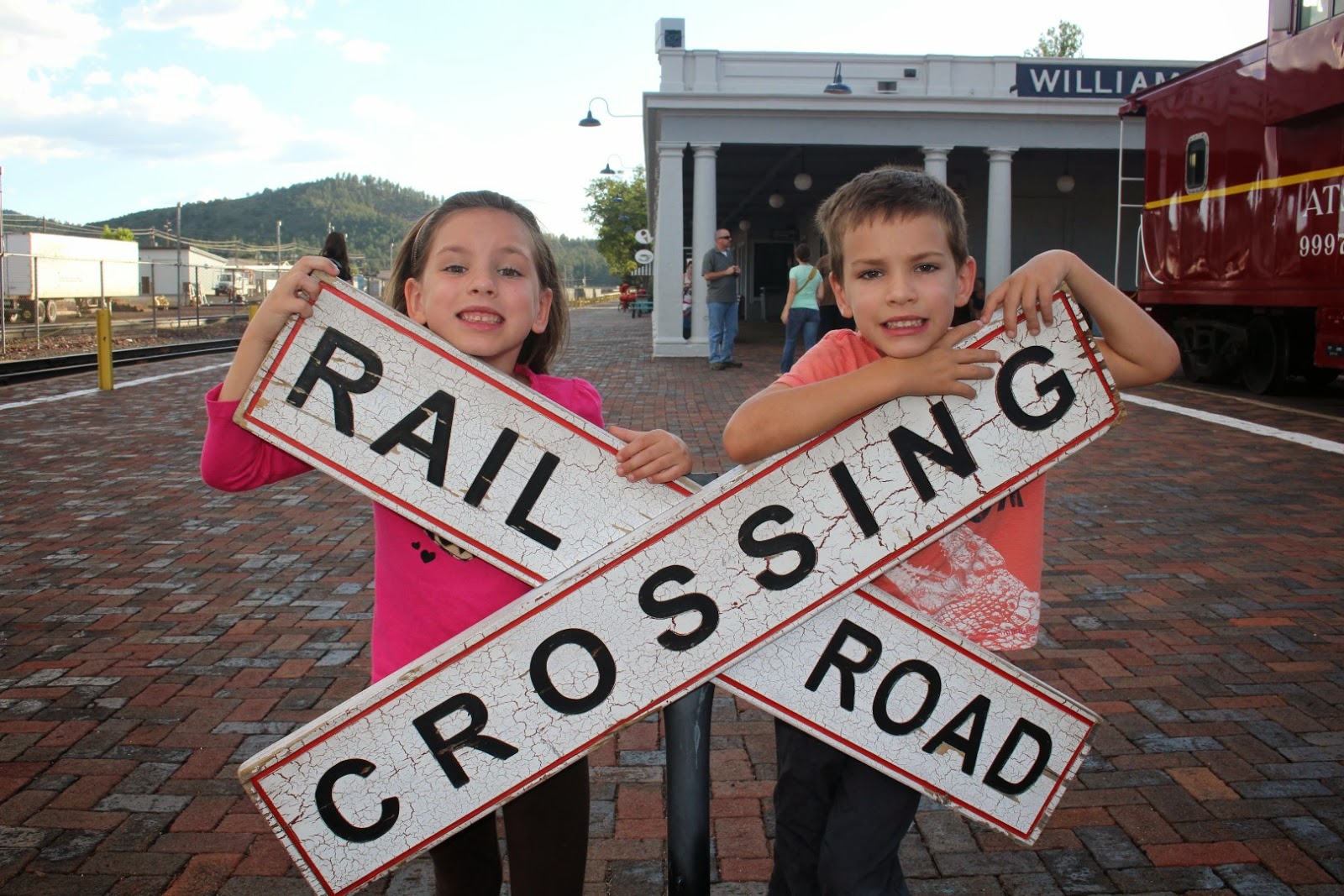 and here's the whole crew of people who joined together to make the weekend a success.  All of these guys are in my mentoring group.  There are two others who weren't able to make it, but we had a great time with who showed up.  I'm really happy we went and even happier to be back in my own comfy bed. 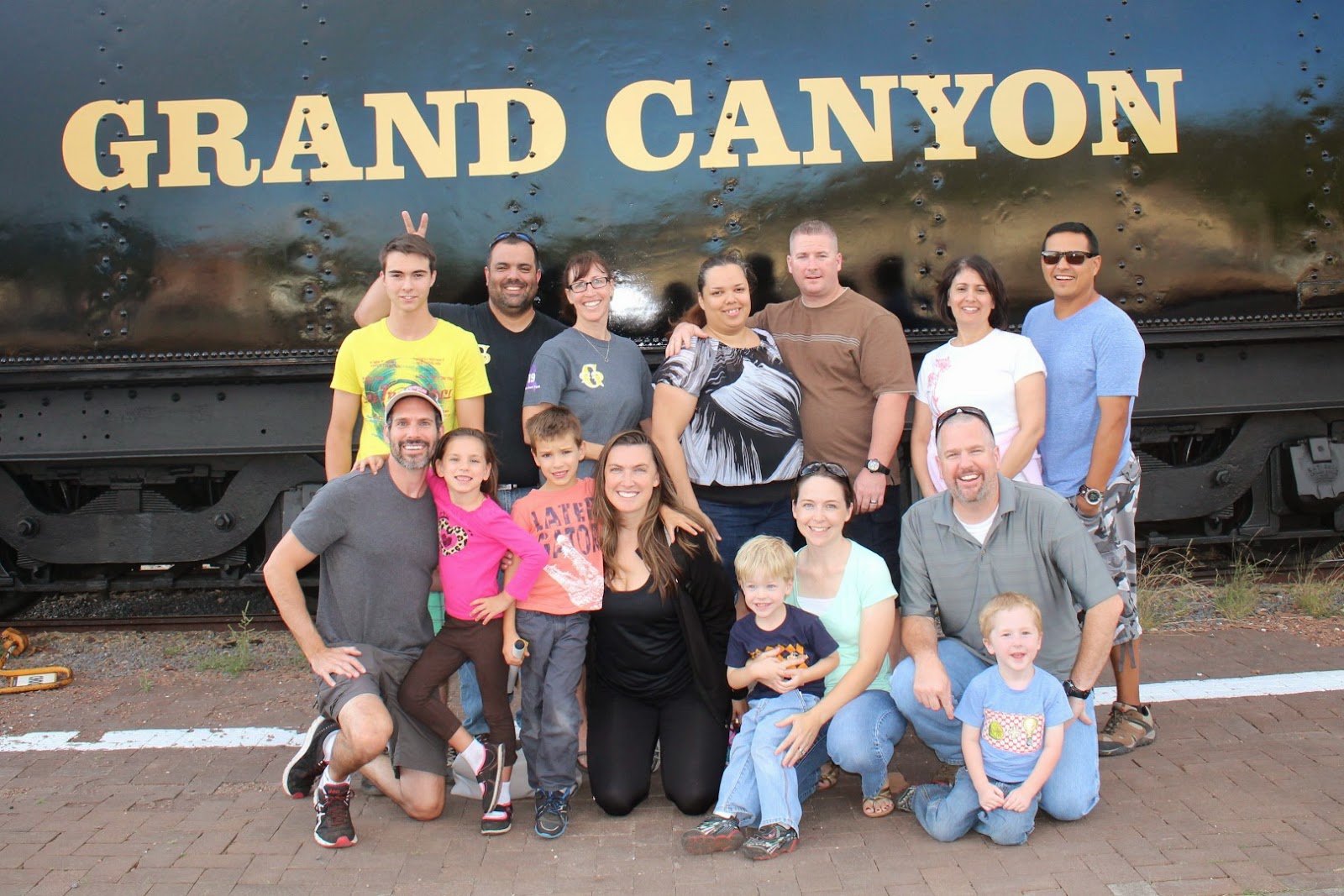 While waiting for pizza I took the twins for a walk down the street.  We stopped into a tourist trap.  I bought Layla a few pieces of salt water taffy.  Easton had his bag ready to buy, but then he saw a sucker with a scorpion in it. yes, it's real.  no, it doesn't have the stinger on the end.  yes he licked it down to the scorpion!  He spit out the little chunks of the despicable, mummified pest inside.  completely gross, but very brave.  Why not? 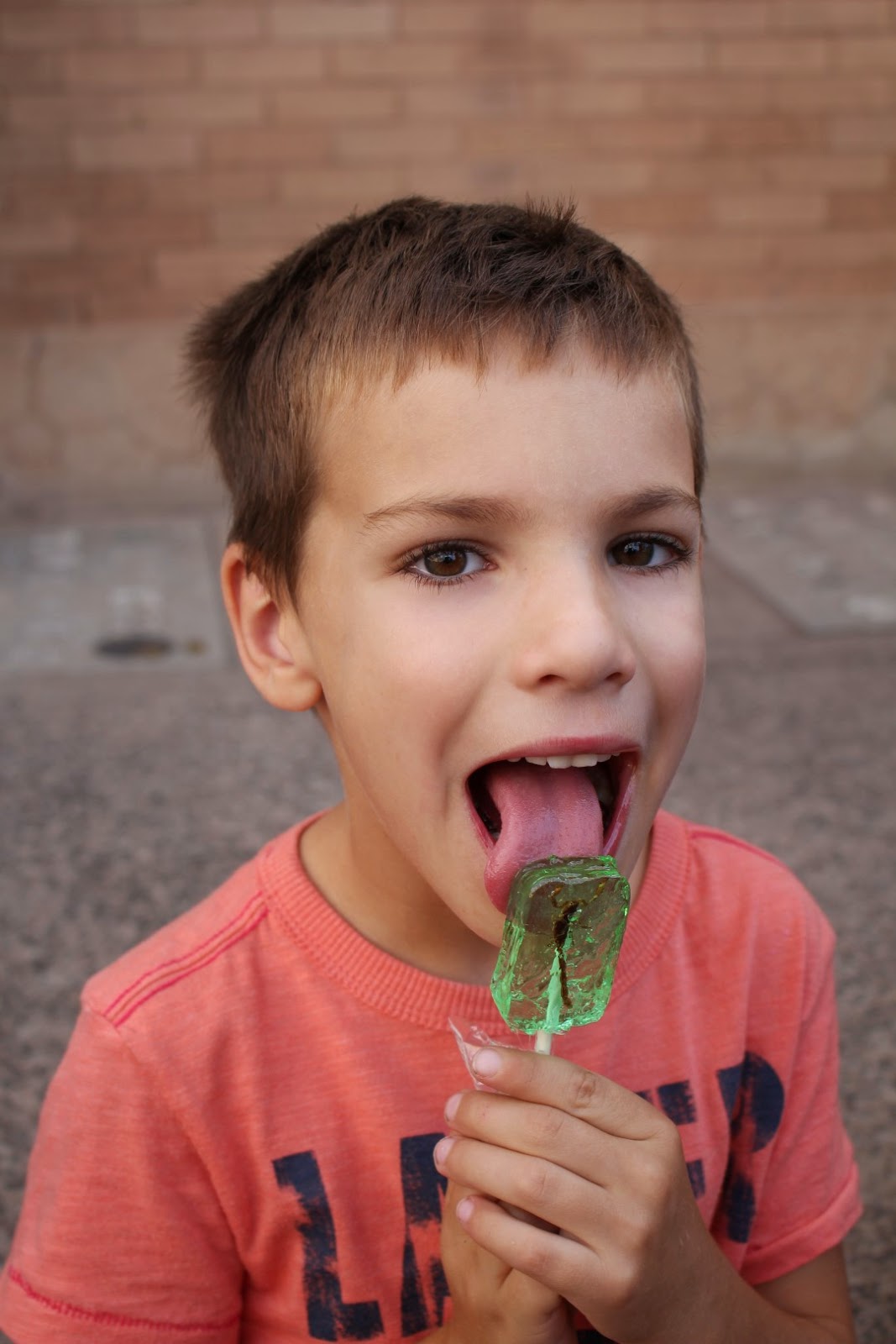 We arrived early and waited patiently at the designated spot for the shoot out. 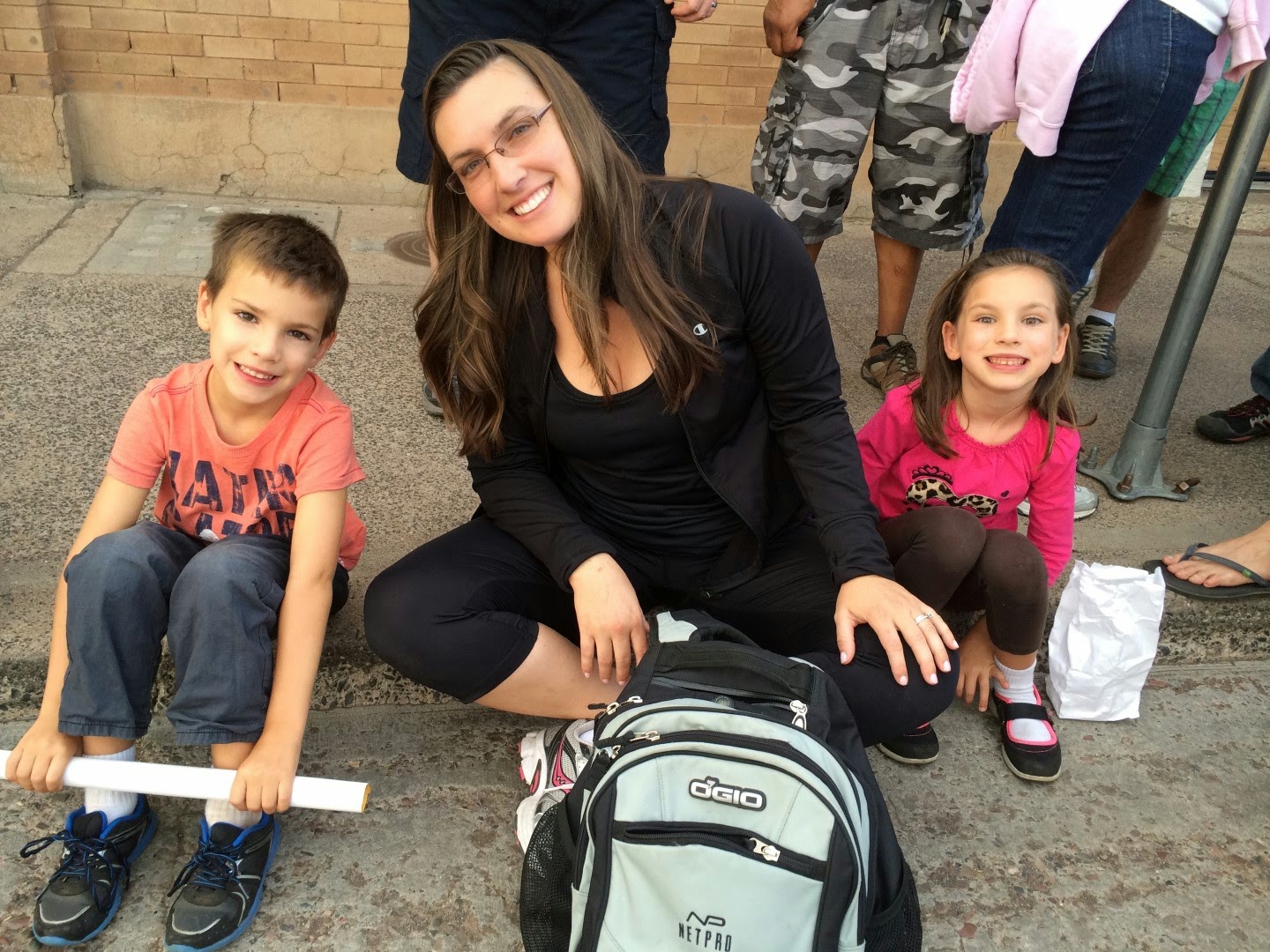 The cowboys started showing up and the show started. 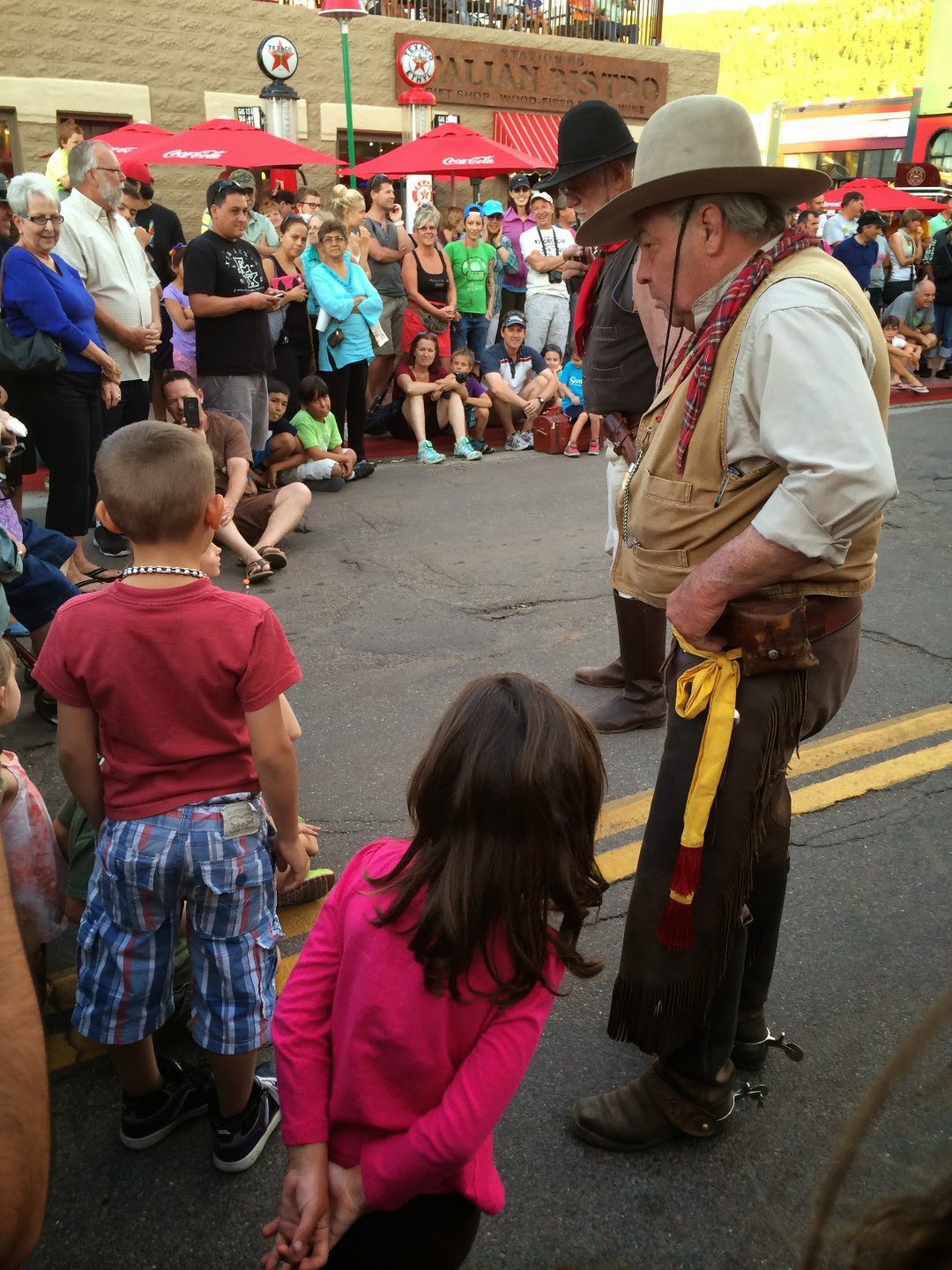 This next picture is hilarious to me because anyone who knows Layla can imagine her saying, "It's not real.  they are just pretending."  She was saying it to calm our concerns, but in reality she was confirming it to be true. 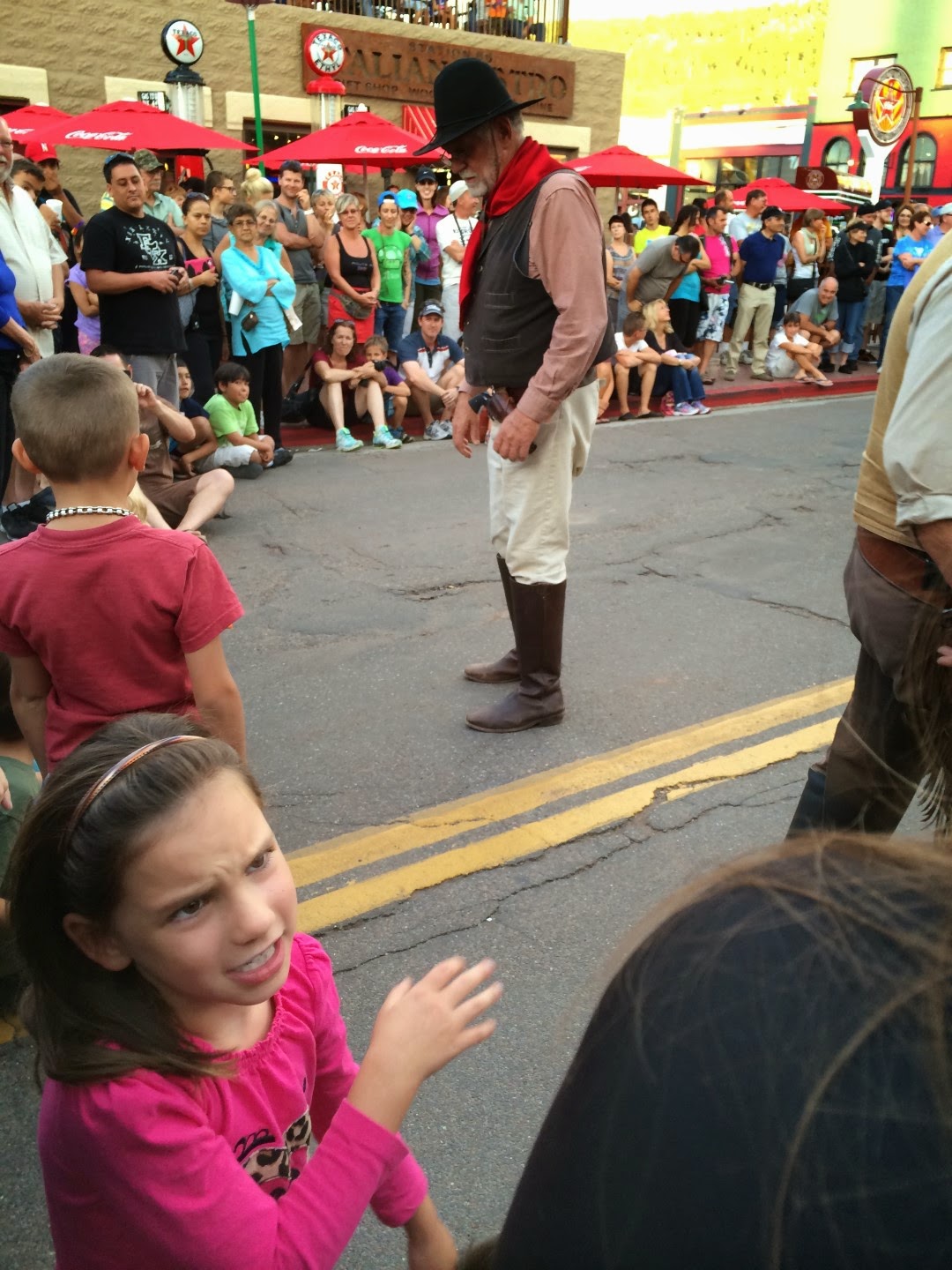 Afterwards the humorous cowboy was kind enough to pose with the twins for a memory. The town where portions of the Disney movie Cars is modeled after is called Peach Springs, which is just a few minutes away from where we were.  We saw some amazing rock formations along the drive, but this little town feels so much like the Cars movie I half expected Mater to come roaring around the corner. 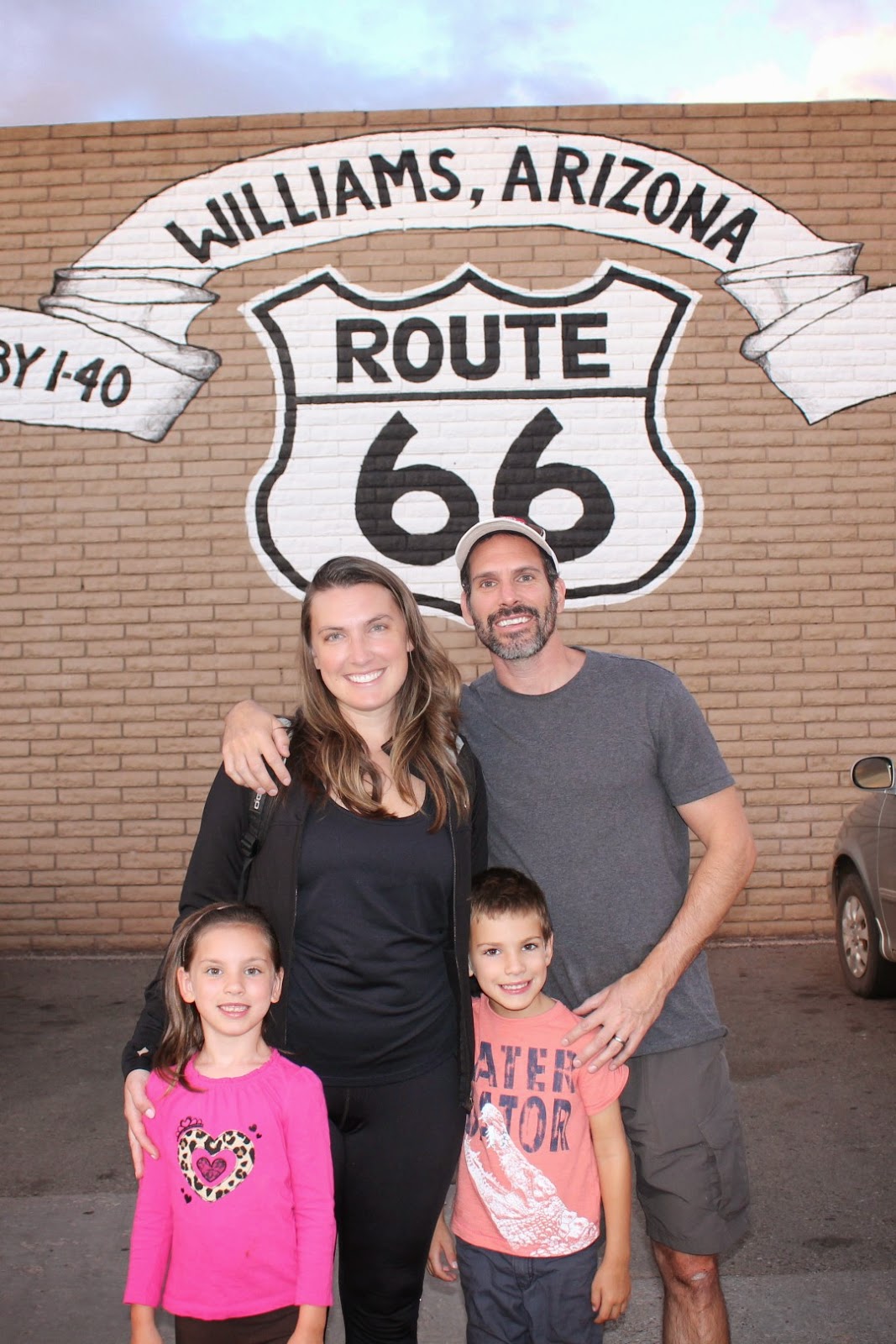 The next morning we packed up and headed home.  Along the way we took a 20 minute detour for an adventurous journey into a wild cave.  Easton and Layla experienced Marvel Caverns and Fantastic Caverns.  Those were awesome tours and i'm happy we started there to get them used to the idea of caving.  This time we went deep into a lava tube with no guide and no lighting except what's on our heads.  I captured the 4 Webbs in a selfie as proof we were all here together and to make sure we all four come out together. 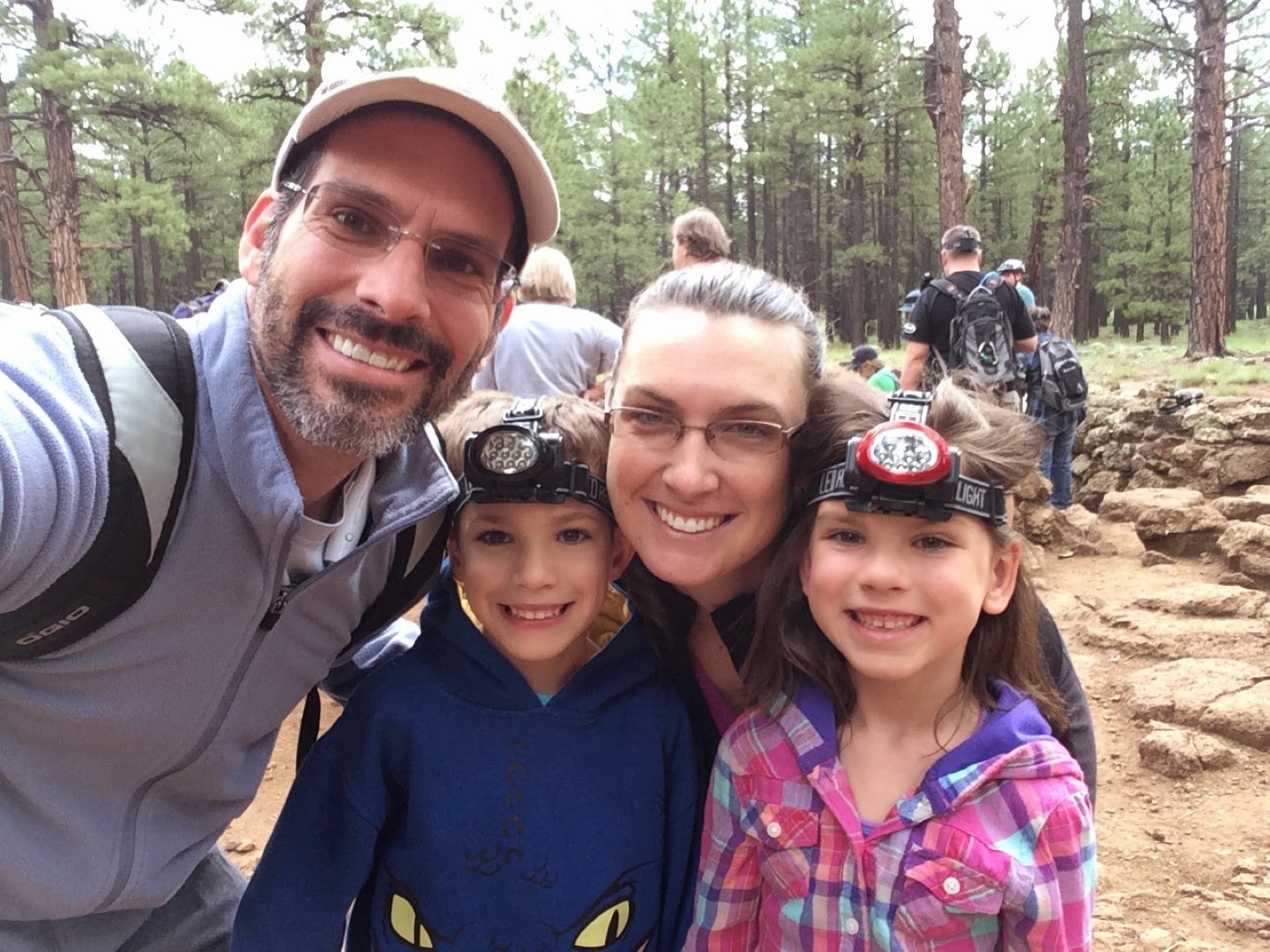 Easton enjoyed seeing the map to know what to expect.  We discussed the legend and all the little nuances along the journey. 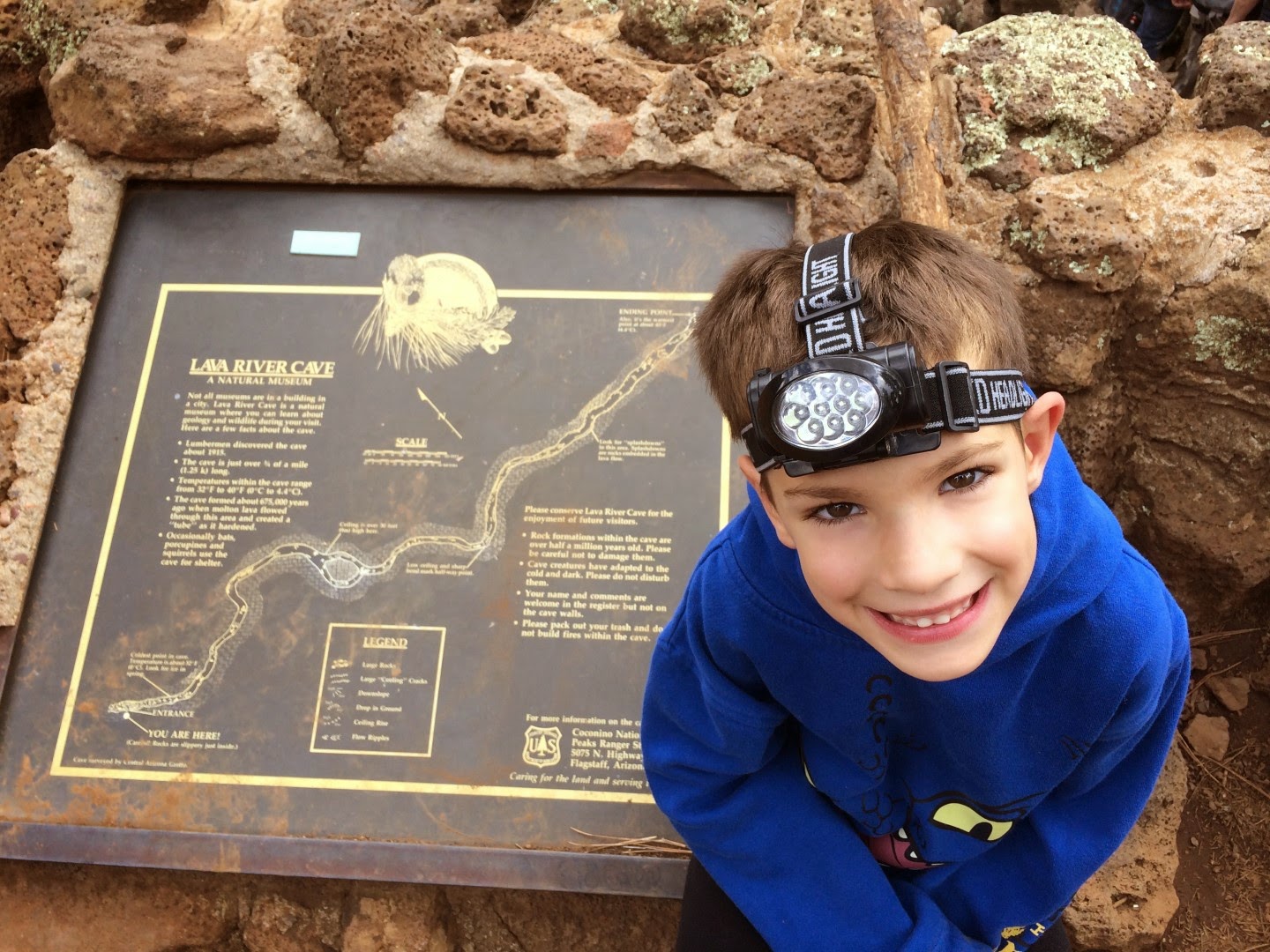 We showed up with three big flashlights, but as we approached the entrance a guy gave us two headlamps.  They weren't super high quality, but I'm really grateful because the twins had their own lights that allowed them have their hands free for scrambling up and down boulders inside.  Layla's hair didn't cooperate with the headlamp, but nobody cared including Layla. 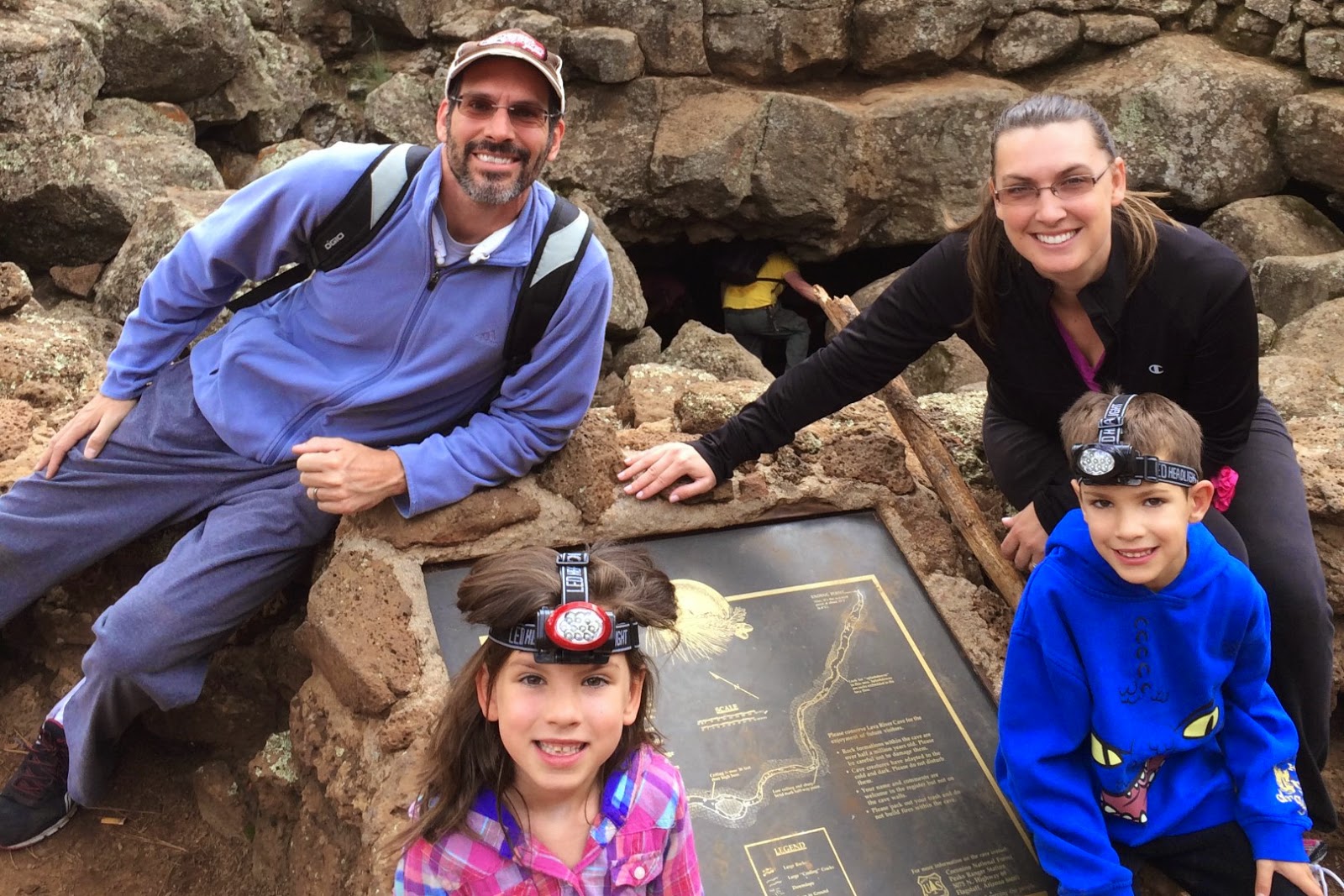 Easton was banzai crazy to lead the charge down into the dark hole in the ground.  As we waited for a couple of groups to go in and out he was begging me to let him go in. 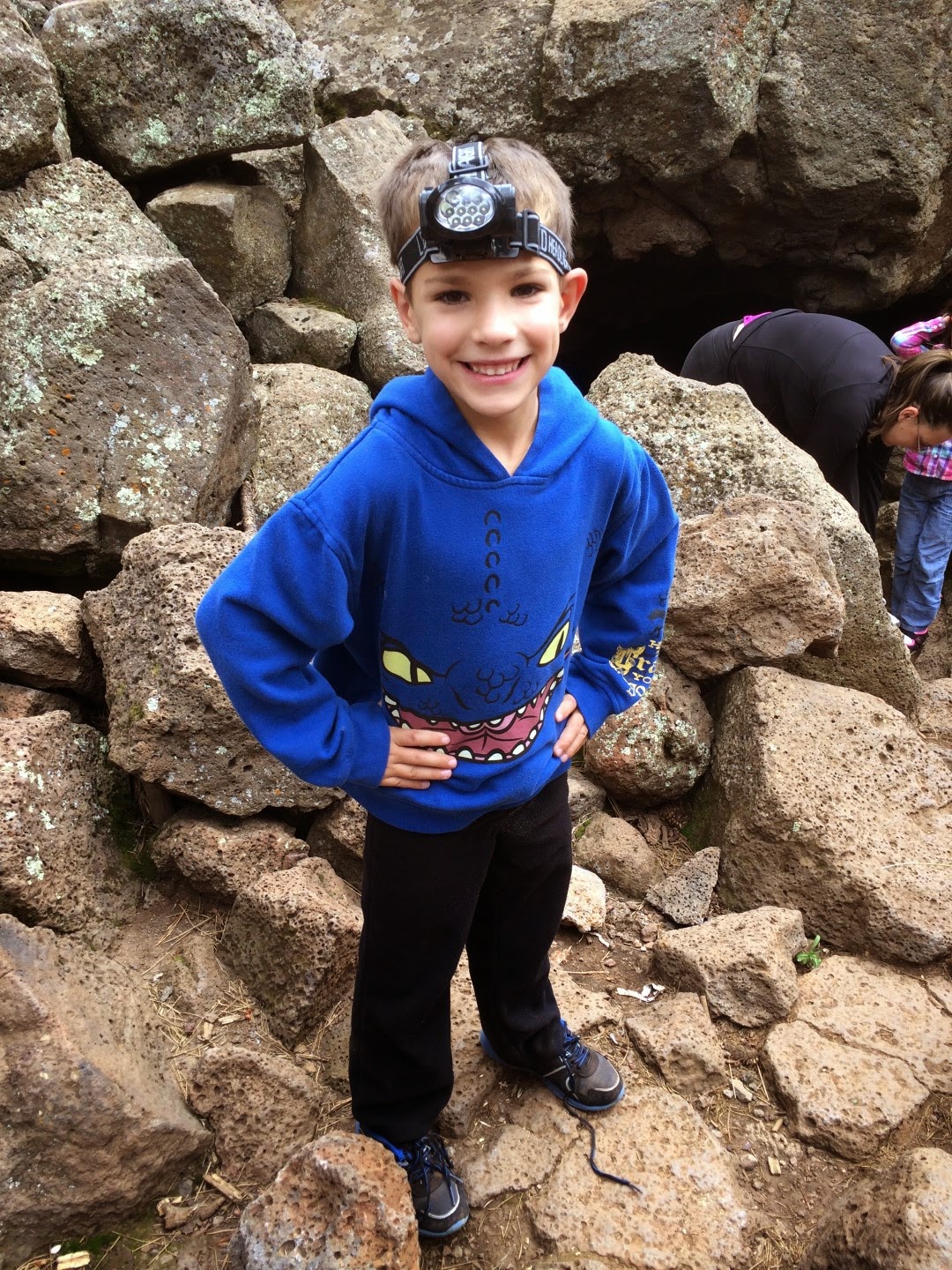 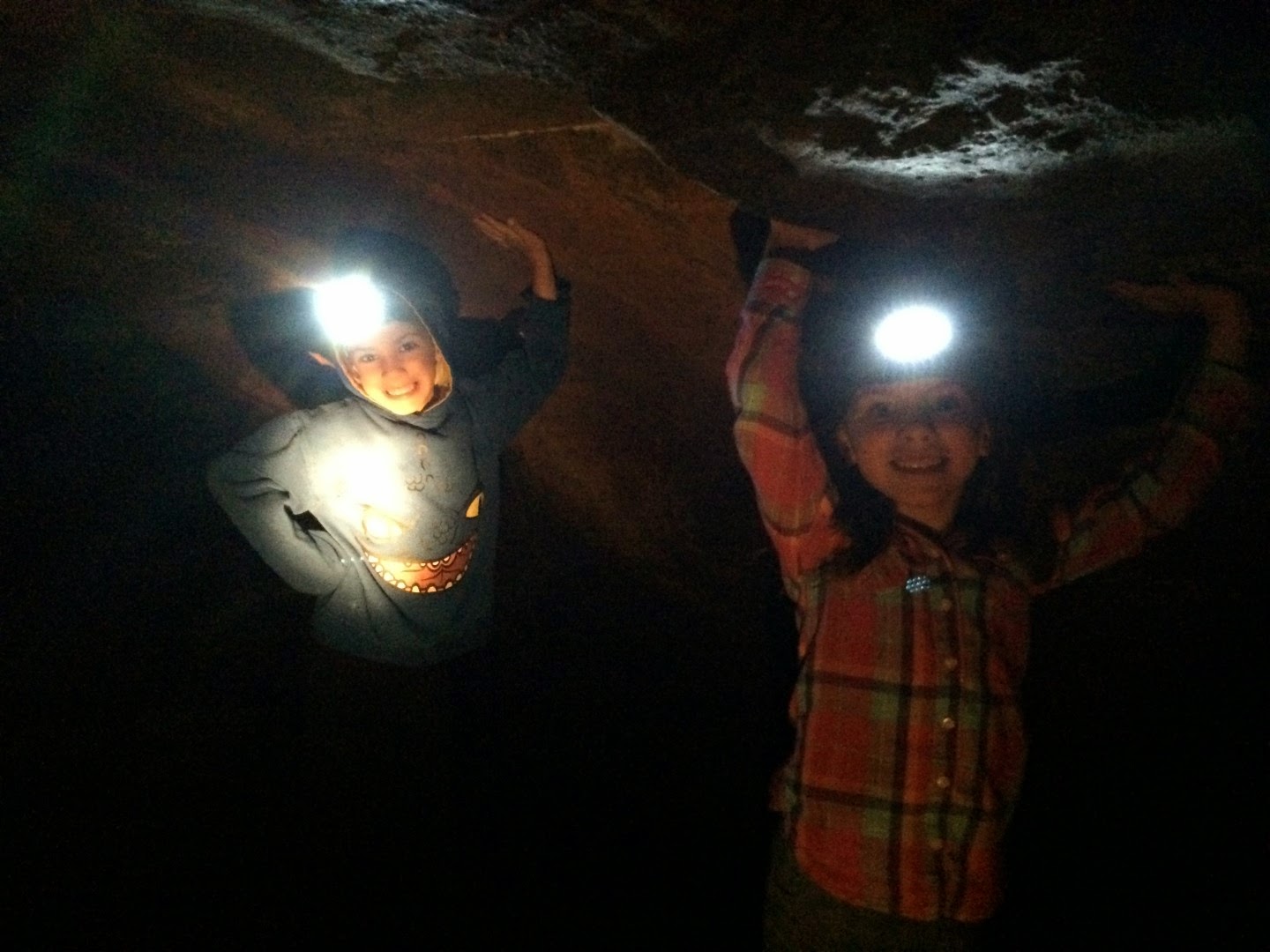 We spent about an hour in the cave from start to finish.  They asked to go deeper into the cave, but we spent plenty of time there to enjoy it and explore.  The battle wagon (our minivan) did great on the dirt road.  There were some rough spots, but we didn't leave any screws or car parts behind.

Our summer travels are finally over!  Next stop:  ministry, work, and school.