My Life on Hold

I've been really missing posting to the blog.  Our arrival back home in Phoenix turned into a bigger tidal wave of work to be done than I expected.  between work, church, ministry, and the twins starting school, it's been a bit frantic.

I'll dive right into story time...  We had a issue in the Webb house that needed immediate focus and much wisdom.  Another way to say "issue" is problem or opportunity or whatever politically correct phrase parents are supposed to use when a kid is misbehaving.  I say "had" a problem because it is resolved.  This is a post dedicated to how we resolved it.

The problem:  Layla was reacting physically with hitting, slapping, pushing, kicking, and poking.

Wait, what?  You mean this wonderful princess warrior was acting out with physical aggression? 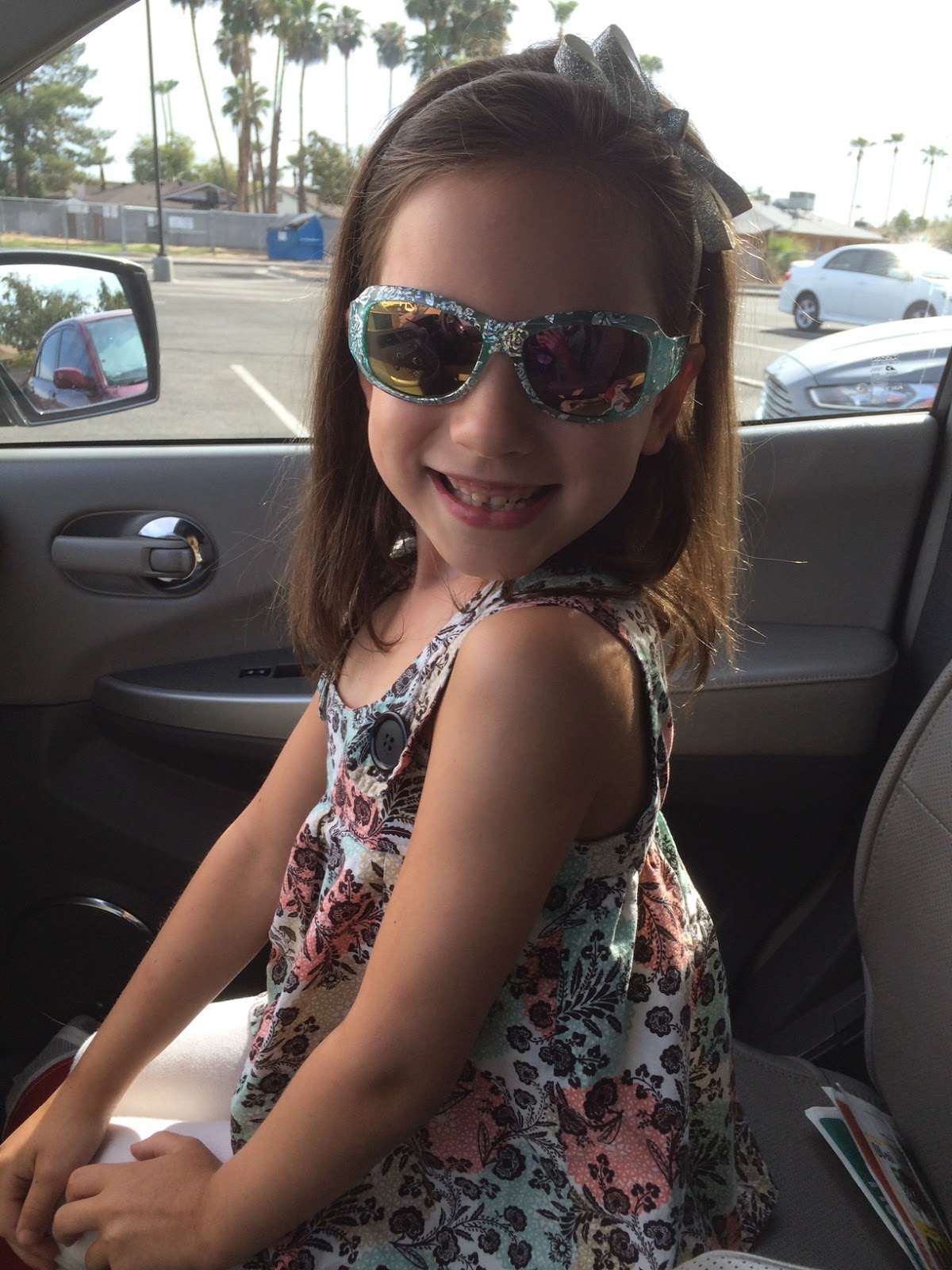 Yes.  The very same six year old girl who is normally the sweetest, kindest, most giving person changed into a reactionary mine field.  Guess who was the recipient of the abuse?  Easton.  The silver lining to this cloud is how well Easton responded.  He didn't retaliate or react even once towards Layla.  He did exactly what we told him to do, which is come tell us.  Our mantra is something like, "If someone is hurting you, then tell us.  If not, then figure it out and don't be a tattletale."

Anyway, We started doling out the bad consequences in an escalating manner until, at one point, Layla's room was virtually empty.  stuffed animals, toys, dresses, and all manner of her belonging were removed and piled in our master bedroom.

Figuring out the root of the bad behavior is important, but wasn't our first focus.  I wanted to understand what lies she believes more than I want to correct her behavior.  If I can get her to believe the truth about herself, then the behavior will line up with who she really is.  There was a fork in the road where we had to either choose to escalate the bad consequences (loss of stuff or privileges) or take the time to work through her beliefs.

I chose the latter and here is what that looked like.  I made up my mind that I would block off whatever time is necessary until Layla got her breakthrough.  That all sounds nice in theory, but dedication was not easy considering I had many other things planned and my own personal desires of stuff to do.  I cleared my calendar and went into battle with (not against) my princess warrior.

I left work at lunch on Friday to spend time with Layla, knowing that I only had until Tuesday morning when she starts school.  Luckily it only took about 24 hours to get her breakthrough.  We started out running errands and stopped by Jamba Juice.  We talked for a long time and at one point were just sitting silently enjoying the company.  we looked into each other's eyes and Layla said, "Your eyes are greenish brown, but mine are hazel".  I said, "well you are right about that, but our eyes are the same.  I took this picture and showed her how similar our eye color is. 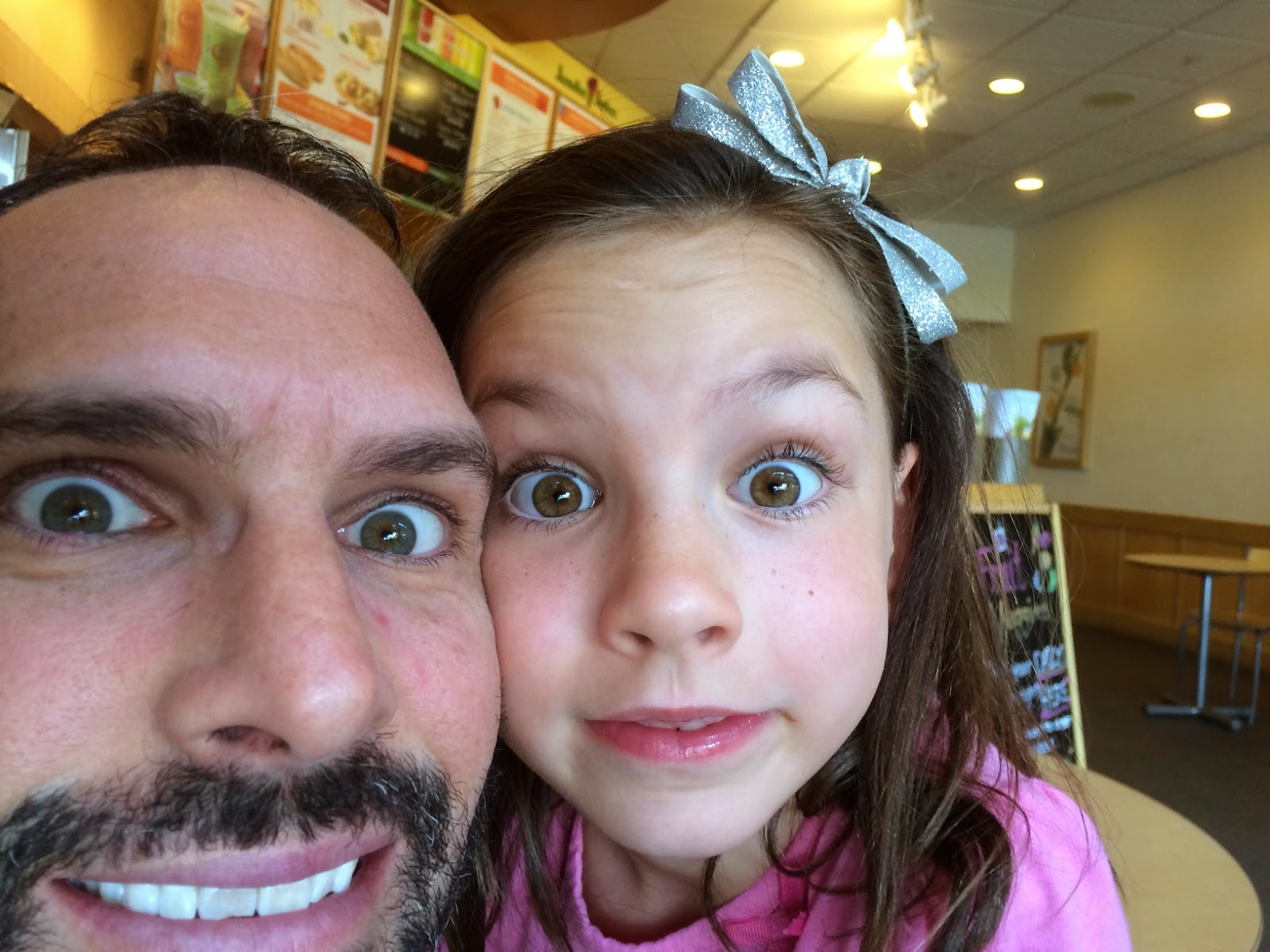 you don't get to that level of connection without some quality and quantity of time together.  I asked some questions to get the ball rolling, but most of my time was spent telling her who is is.  I encouraged her with the truth about who God made her to be.  I poured out compliments and backed them up with examples.  I would say "You are a very loving person.  Do you remember when you gave your friend a hug when she hurt her arm on the playground?"

again and again, without stopping i continued to speak those characteristics about who she really is.  We went to Lowe's and she grabbed this big roll of tubing.  She said, "I'm super strong.  and creative too!  Look how i made a picture frame." 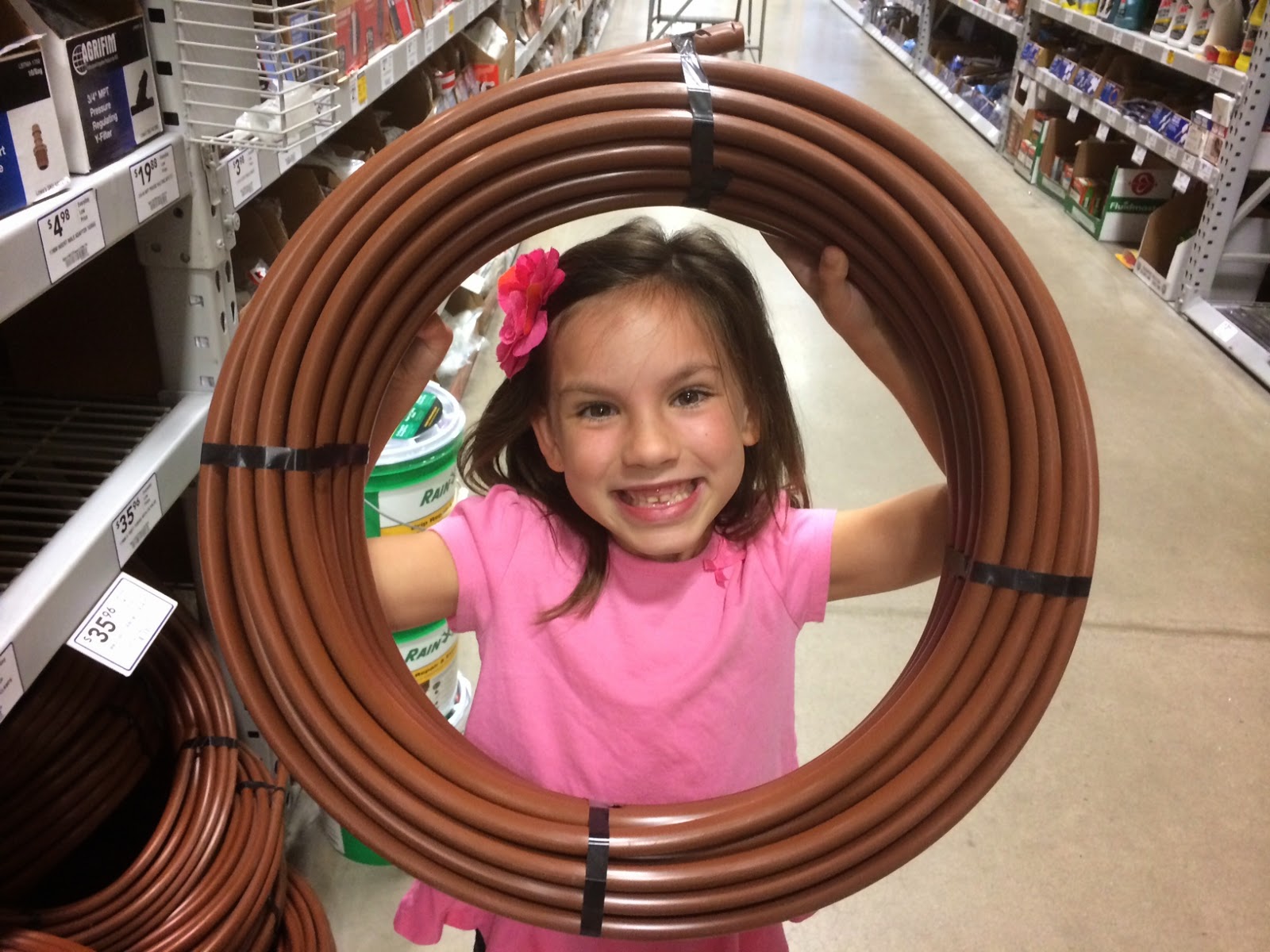 and i could tell when she made the shift in her mind because she started coming up with her own descriptions about herself that were Godly characteristics.  We went out for a full-blown Daddy date including dinner at a fancy restaurant.  thanks to Groupon it was relatively cheap.  During dinner I asked if we could take a picture together for Mommy. She agreed and gave me a good kiss without me even asking. 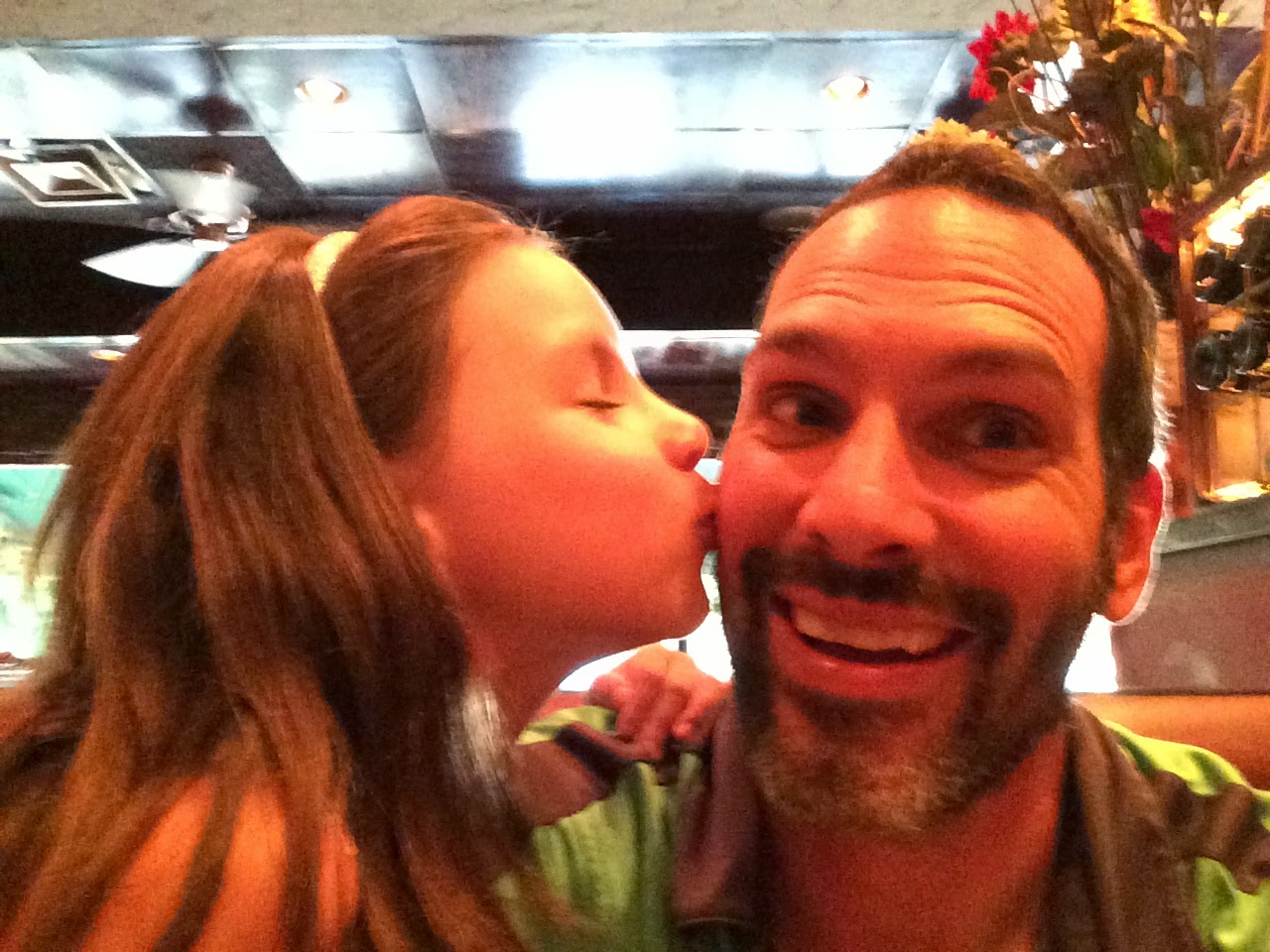 Afterwards we went for frozen yogurt.  It was her choice of anywhere she wanted to go.  We laughed so long and so loud that the table of teenagers next to us was laughing with us (or at us maybe).  but the best part was that she didn't care what anyone else thought. 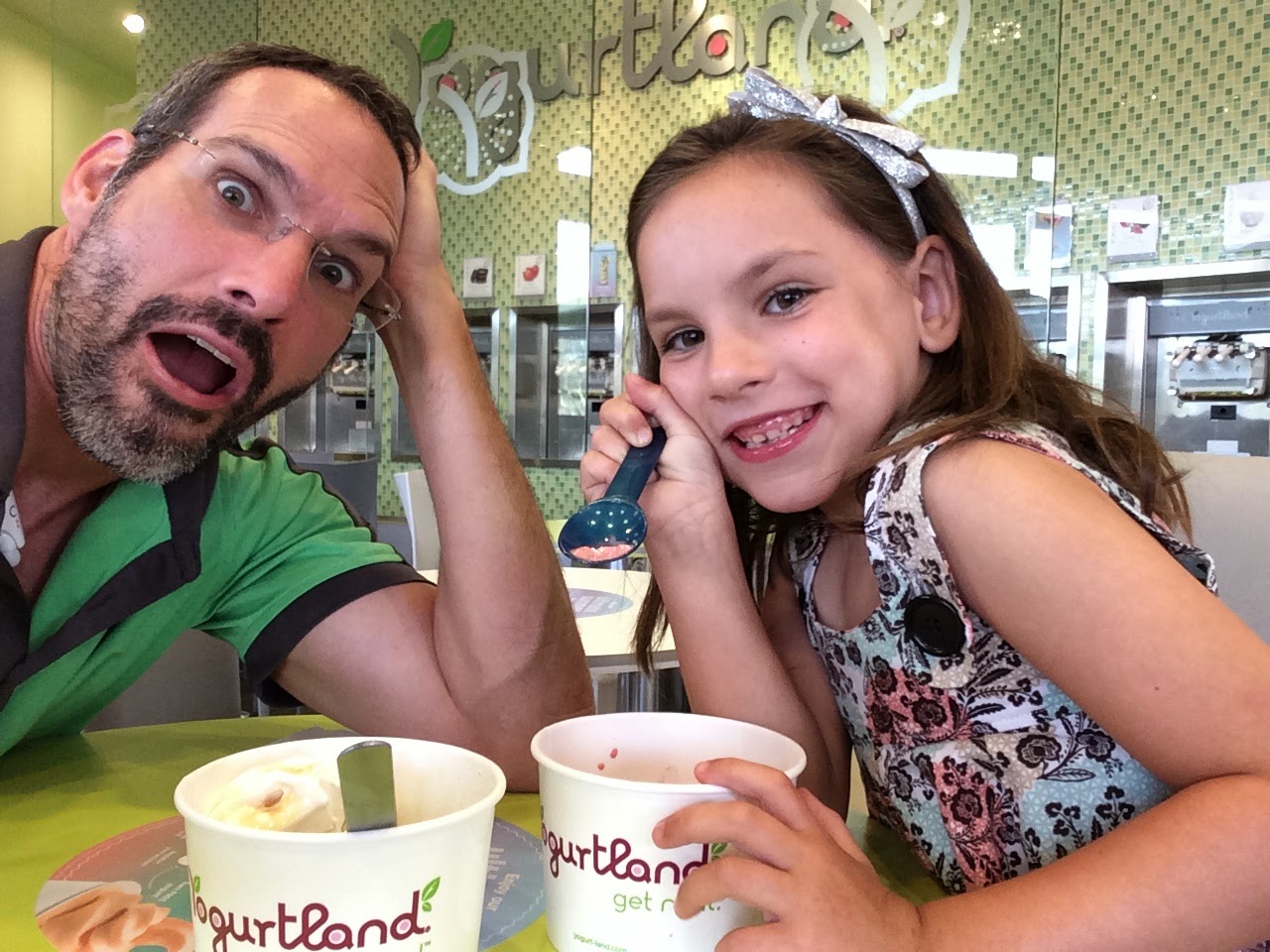 Friday night as she went to bed I spent even more time with her than I normally do.  Talking, singing, reading, cuddling.  She was soaking it all in, but I knew there was still work to be done.  Saturday I took her ice skating to get her back on skates again since she's been gone so long.  I watched proudly from the sidelines and cheered her on.  Here she was waiting for the Zamboni machine to finish it's work so she could get out there again. 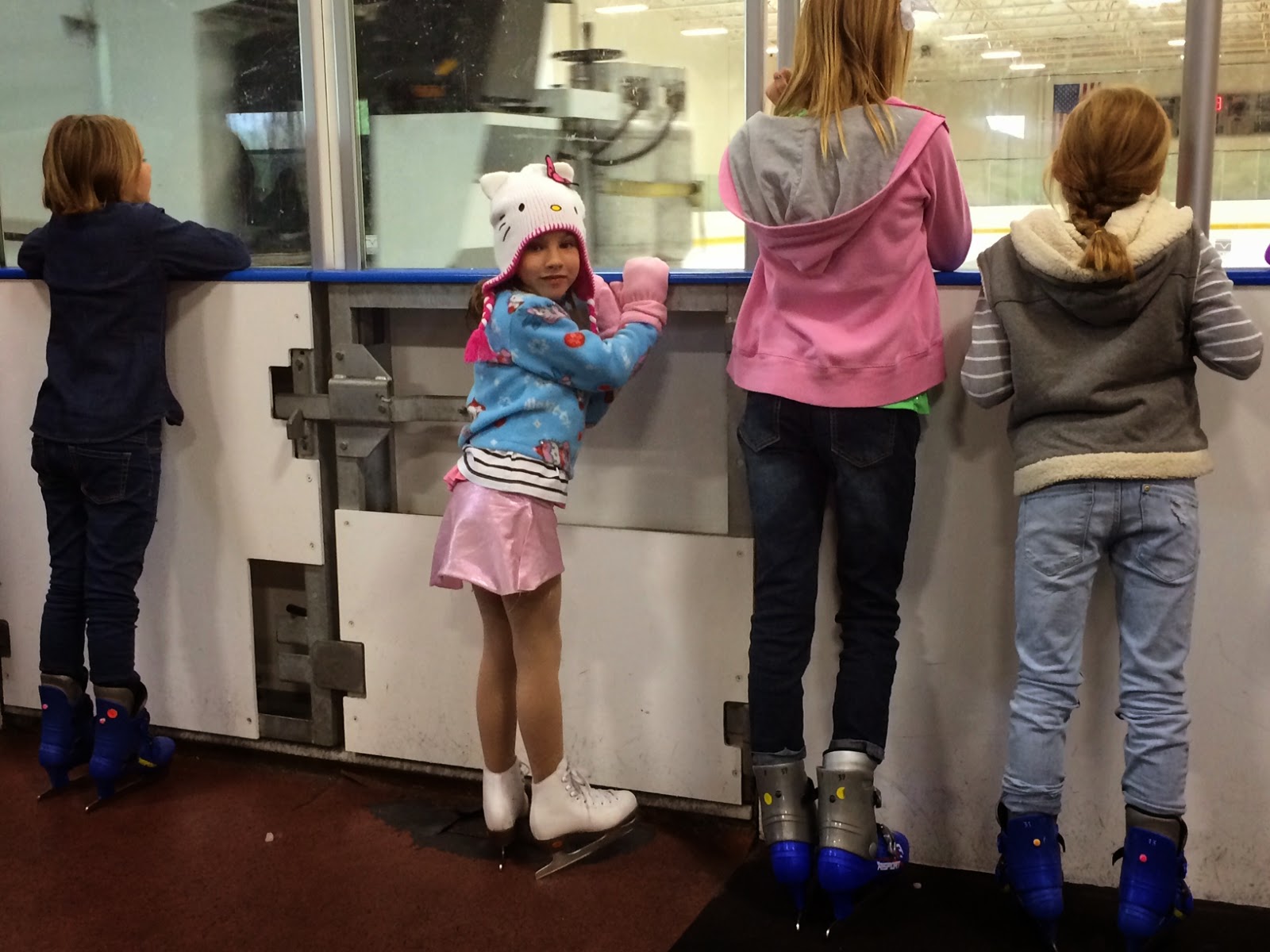 There were loads of people on the ice including some girls close to her age.  She spent most of the time making friends with everyone.  Because this was public skate there were experts in the center of the ice spinning around and many kids with no clue how to ice skate.  Layla taught a beginners class to a group of 5 or so girls who admired her skills.  They were probably 10 years old or so, but because Layla was so friendly and so advanced, they let her lead them through some drills. 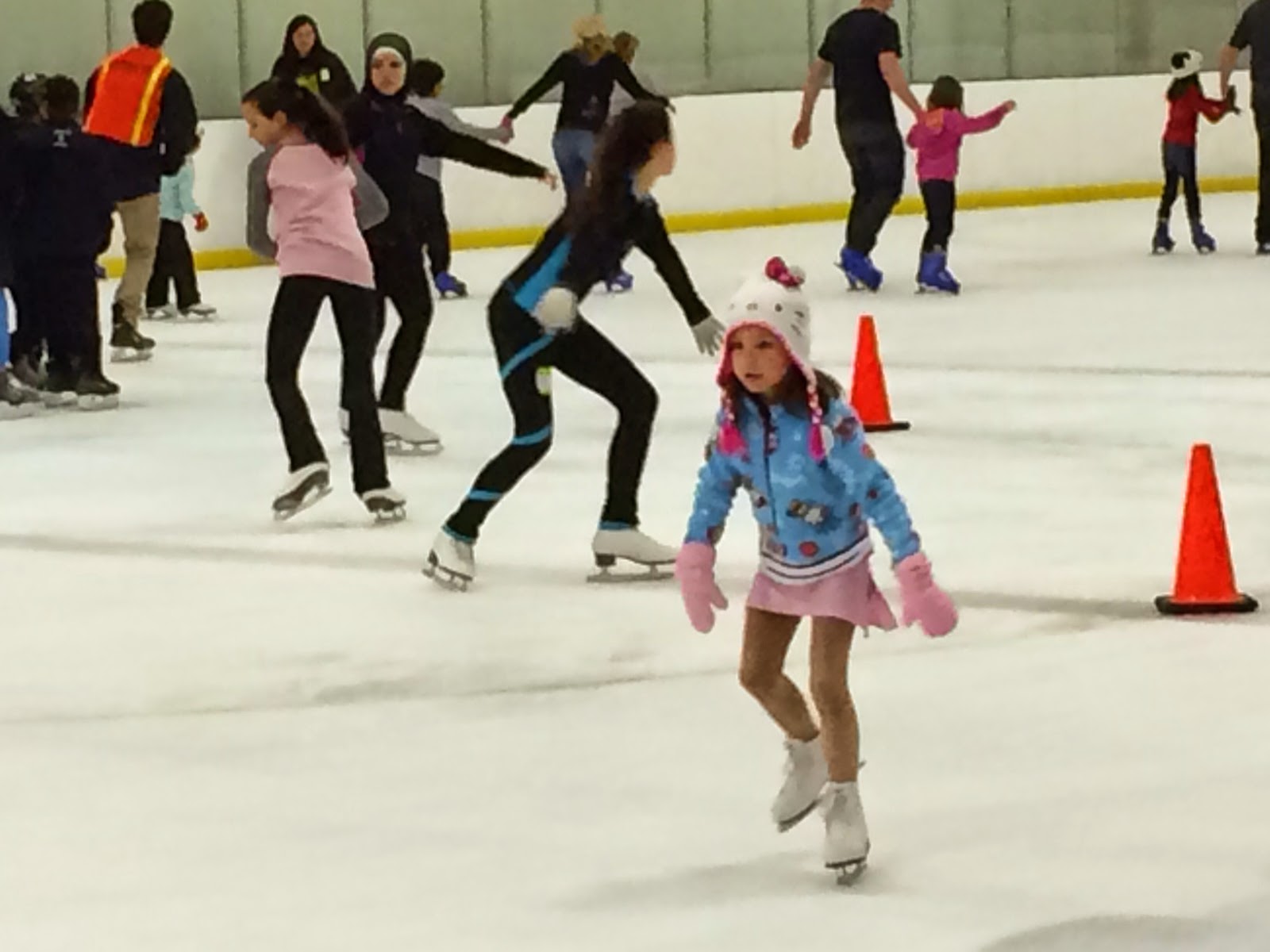 I still don't know exactly what caused her to become physical and mean, but I sure know what shifted her back to the lovely Layla we all know.  Just took quality and quantity time to remind her of who she really is and focus on what is right and true instead of her bad behavior.  That was on Saturday and we haven't had a problem with her since!  Perfect love casts out all fear.  I'm not perfect, but I do the best I can to show her love from a God who is perfect.

We are not against using everything in our arsenal of discipline to give her boundaries and enforce good and bad consequences for good and bad behavior.  However, the way to achieve real breakthrough is to get her to believe the truth about who she is.  Layla's heart is well worth clearing my calendar for 24 hours to spend time together and figure it out. 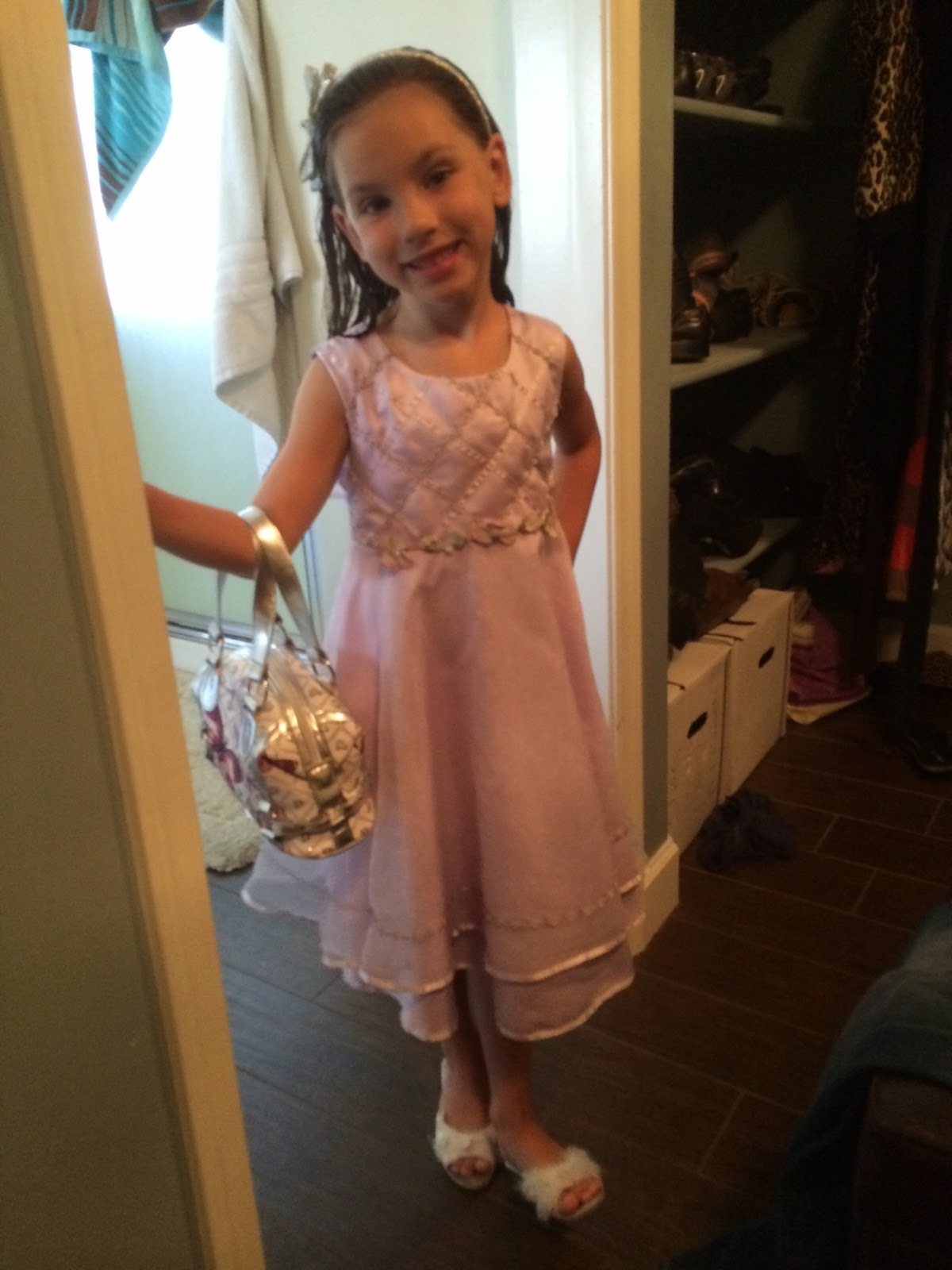