At first I was afraid.  I was petrified. Kept thinking I could never live without you by my side.  But then I spent so many nights thinking how you left me home and I grew strong!  And I learned how to get along.  Did you think I'd crumble?  Did you think I'd lay down and die? Oh no, not I. I will survive!  Oh as long as I know how to love I know I will stay alive.  I will survive (hey-hey)

That about sums up my experience so far as a single parent.  Survival isn't a great measure of success, but let's start there.  The kitchen and den are still war zones, but all other rooms are clean (slow clap).

I have some explaining to do to Kendra, but this is me taking full advantage of having my own bedroom from 7pm to midnight every night.  It's hard to describe how much I've done with this many hours of free time.  I bought a guitar... 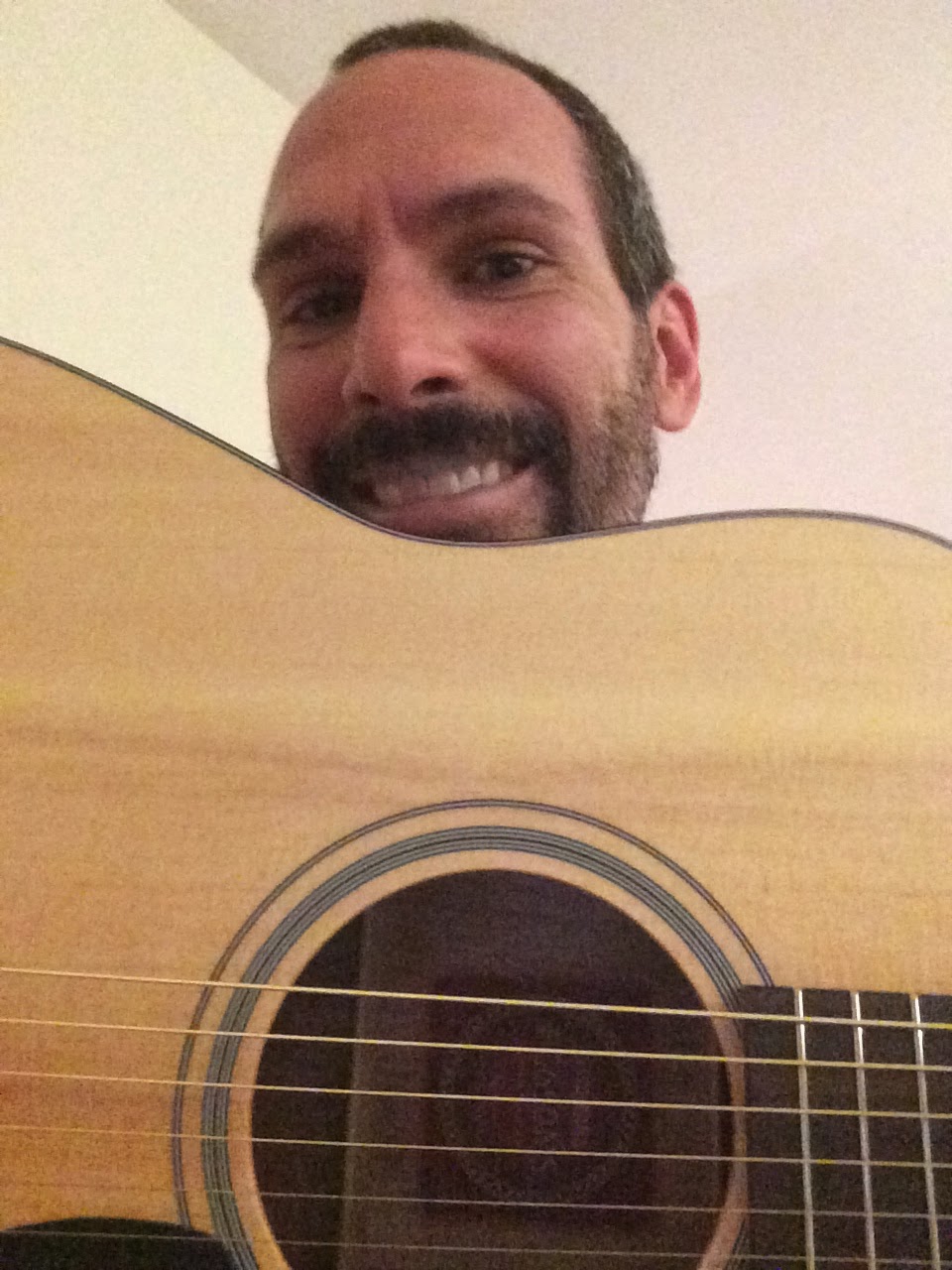 At work when someone recognizes me for extra effort they award me with $10 or $20 as a "thank you".  I've been saving up for the past year or so.  I used some of this well-earned play money to buy a guitar because I want to sing songs with Easton and Layla.  It's a Yamaha FG650MS and I picked it up for $100.  My fingers are raw, but I'm happy with how quickly the skills are coming back to me from a decade ago when I last played.

Today was Layla's last ice skating lesson for a while.  We jetted over from school to the rink.  Easton asked, "While Layla is skating can we talk about our day?"  I was already planning to do that, but I was shocked to hear him request that.  He didn't ask for the iPad or to go run around.  He wanted to talk with me. Layla did her "princess on ice" thing.  Easton sat in my lap with both of us facing the ice so we could talk and watch her skate.

I thought maybe something bad happened at school he wanted to discuss, but his only big topic was about... Mars.  He said, "Dad, there's water on Mars and I think I can find it."  His all time favorite movie is Rocketman, but I think he should give it a break because Layla asked, "What does 'He who smelt it, dealt it' mean?"  I could do without those conversations, but Easton loves slapstick humor.

Anyway, after ice skating they were starving so we stopped by Firehouse Subs for some dinner. 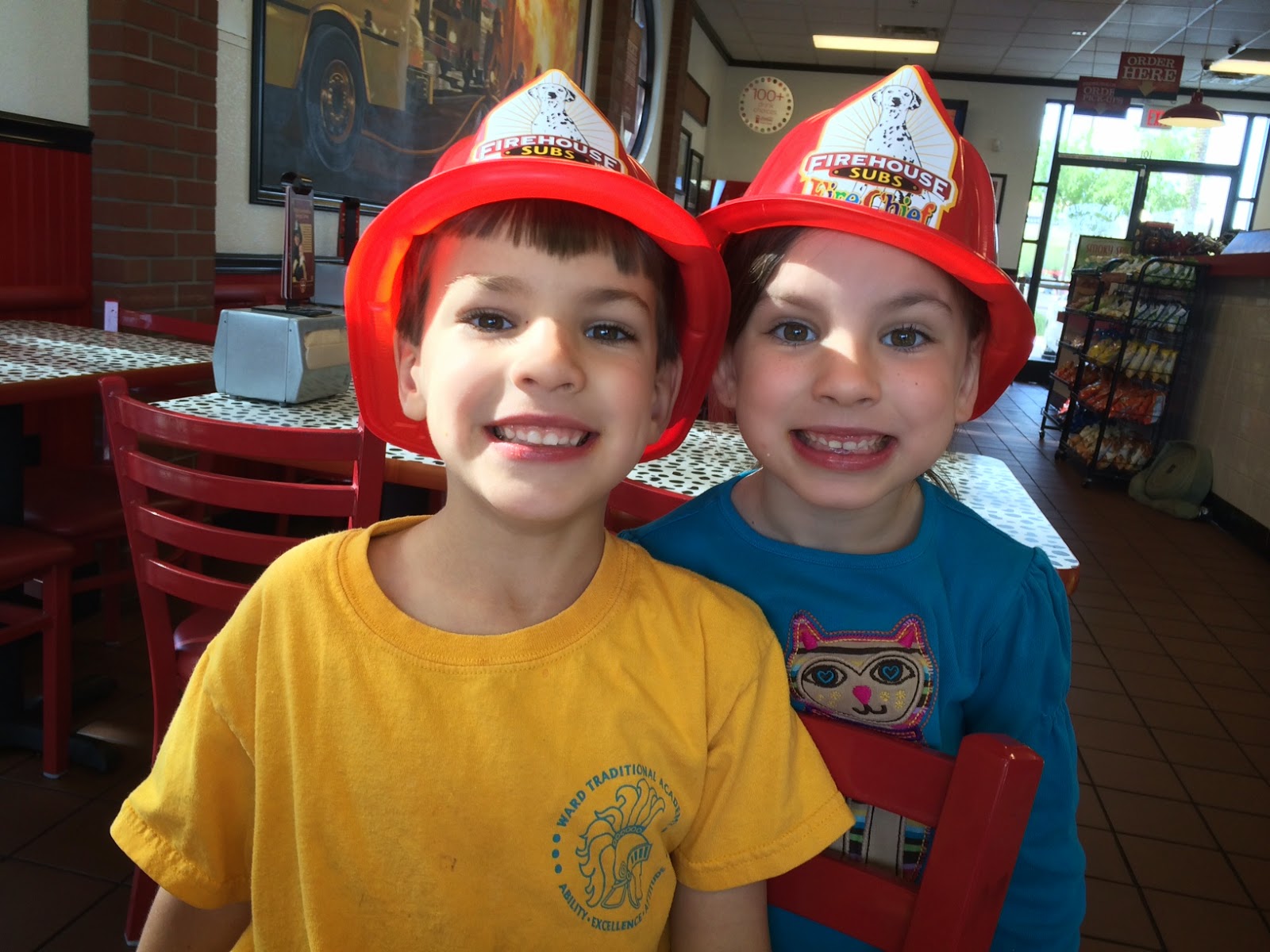 We walked out the door and crossed paths with the local firemen.  Their truck was parked just outside and they walked by us in their comfortable gear.  The twins waved and even gave a few high fives to the guys.  They were stunned that firemen actually eat at the Firehouse Subs shop.  It blew their minds!  One of my favorite memories of the week, for sure.

Homework this week was completed on time.  They are in such a great routine with Kendra that after the sand dumps from their shoes they know it is time to get homework done.  now the weekend is here and that means playtime and no homework! 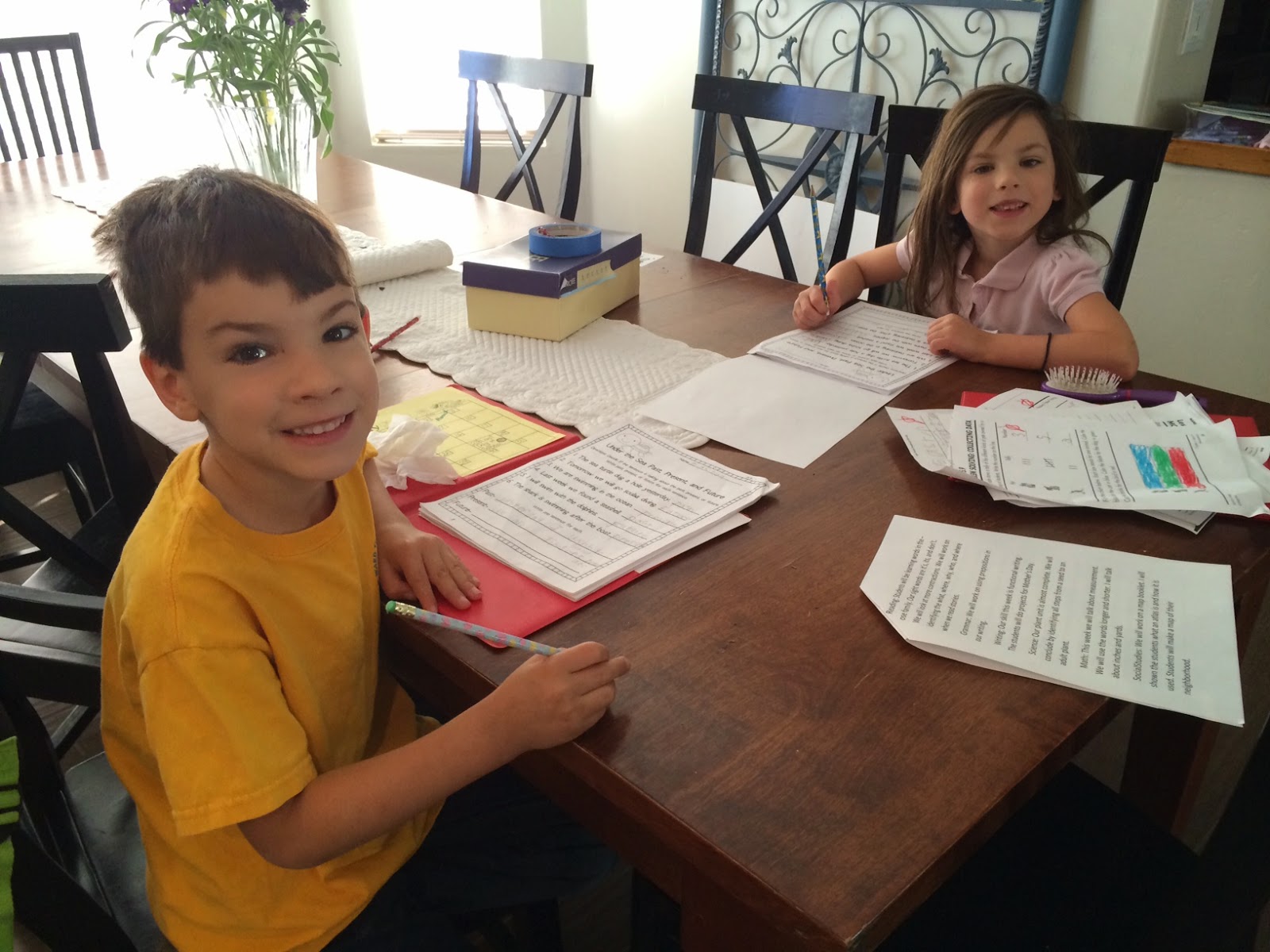 I had an idea come to mind of a picture I wanted to take.  It turned out like this. 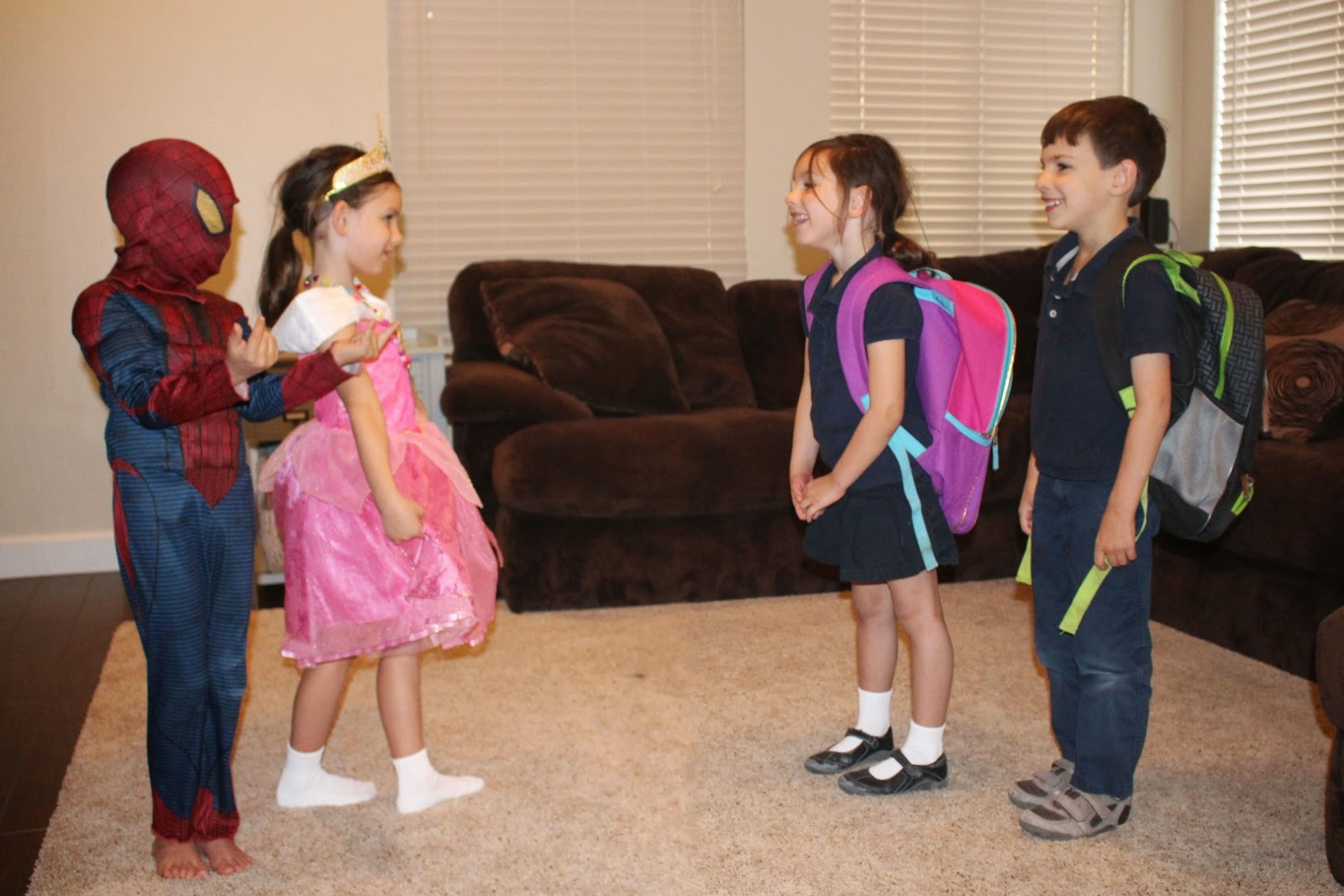 The quality of the camera and software is not the problem.  It's operator error.  I know it's not great, but it turned out OK enough to post on the blog.  Neither of the twins could imagine what I was trying to do so their patience and interest in taking pictures was near zero.  At least they got to wear costumes!  What I attempted to capture is the tug-of-war between school and play that goes on every day for them.  At this age they willingly do both school and play, but I'm sure they would rather just play all day if they were given a choice.  We go for balance in all things.

I've been up until past midnight every night since Kendra left.  My tiredness is completely my fault, but having my own "office" has been amazingly productive and enjoyable.  My office is in our master bedroom so when Kendra goes to bed it's a forced power-down of whatever I'm doing.  Not this week!  Pictures and movies and music are much more organized. I'm also reading my book, "The Present Future: Six Tough Questions for the Church".  Such an eye-opener for the direction the church is going.  I find it very fascinating...  and I'm learning to play guitar again.  hooray!