I'm taking a break from my work day to blog because this is the only break I have lately.  Through my own choices of accepting an extraordinary amount of challenging work I'm now officially in over my head.  When I add up the amount of time I take for Kendra, the twins, career, ministry, exercise, and food it leaves me with about 6 hours per day to do that other task called sleeping.

I've been expecting Q1 to be a write-off quarter as far as social fun and relaxation goes.  what that really means is that from January 1 to March 31 I set an expectation that I'll have almost zero time for myself.  That's OK.  it's only temporary.

I still have time for the twins even though no matter how many hours per day I spend they are still asking for more.  Even when I spent all day every day for two months with them during my sabbatical it was never enough to satisfy their desire to play and be with me.  I'm fine with that.  There will be a day not too many years ahead where it will be uncool to hang out with Dad.  For now, I gladly give my time and energy to be with them as much as possible.

After school we had a little sunlight left now that the winter equinox is past.  We played golf and croquette in the greenbelt. 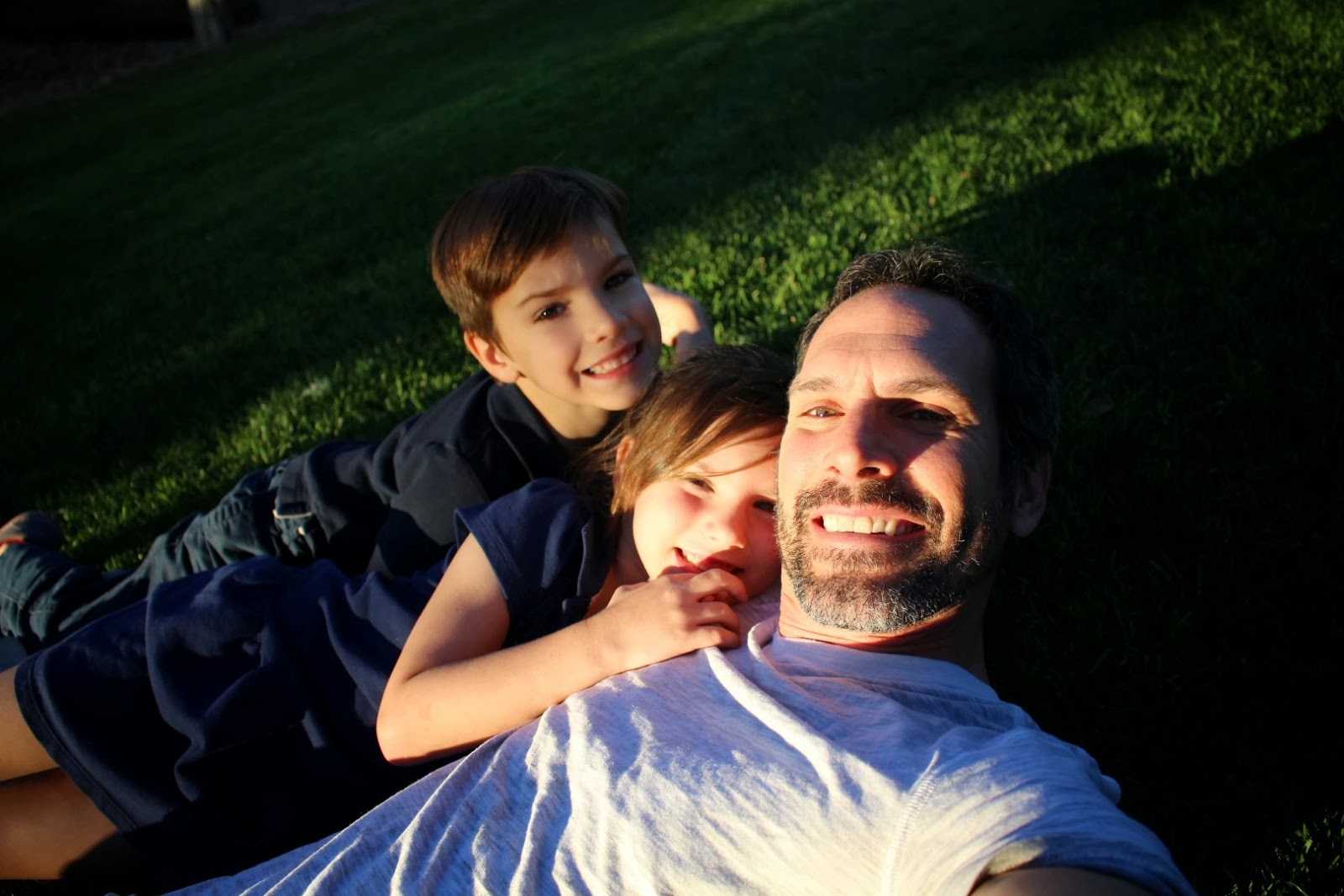 Instead of calling in golf practice I say, "who wants to hit Dad with the practice golf balls?"  They jump at the chance to hit me as I stand in front of them like a carnival game.  We lost Easton's chipper somewhere along the way so we'll be focusing on the driver until we find it again.  He is more than happy to share his club with Layla because it means getting to watch me get pelted with the practice balls while he laughs. 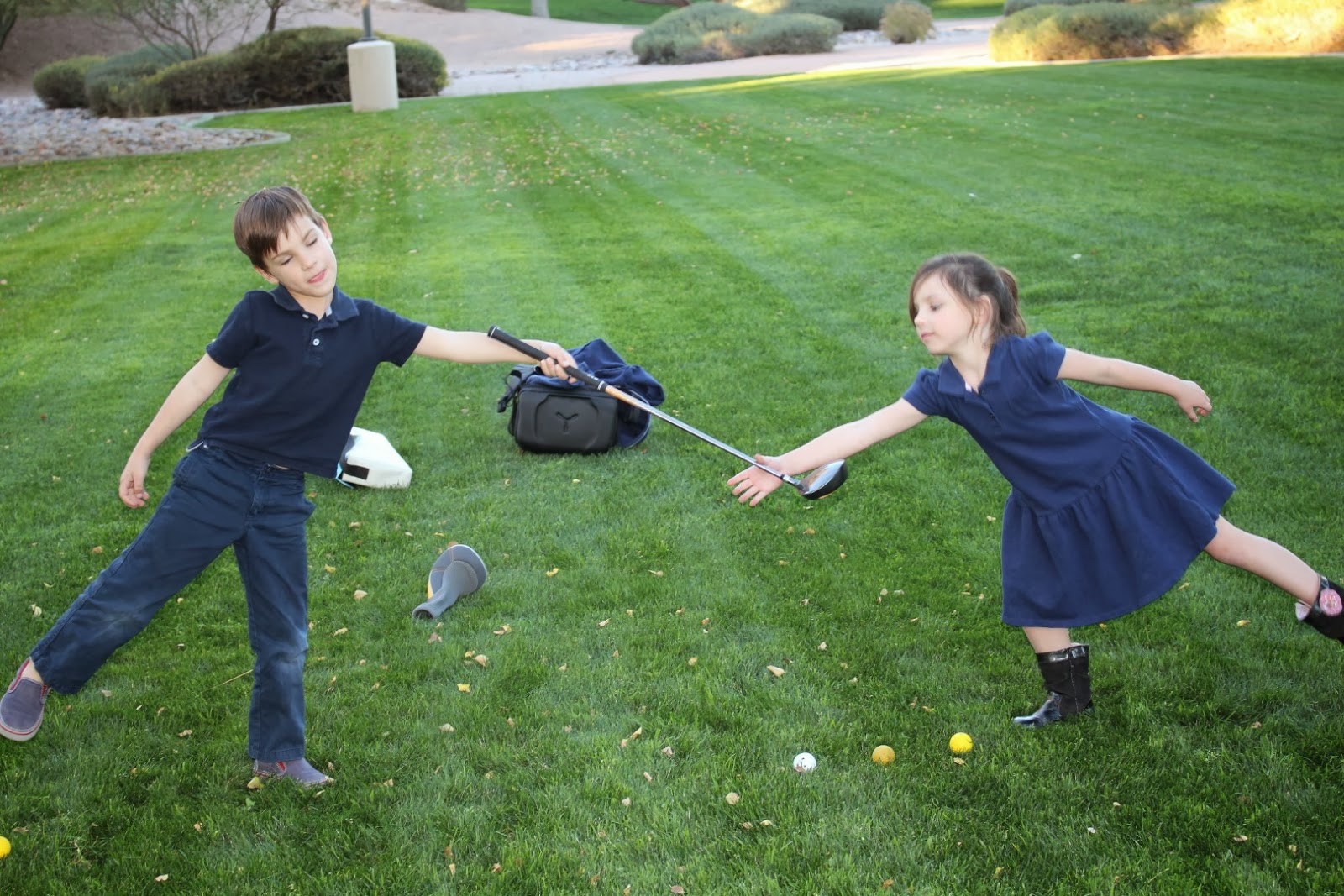 Layla is developing a pretty good swing as well.  Although when I attempt to take pictures she shifts her attention to posing and smiling instead of swinging and concentrating. 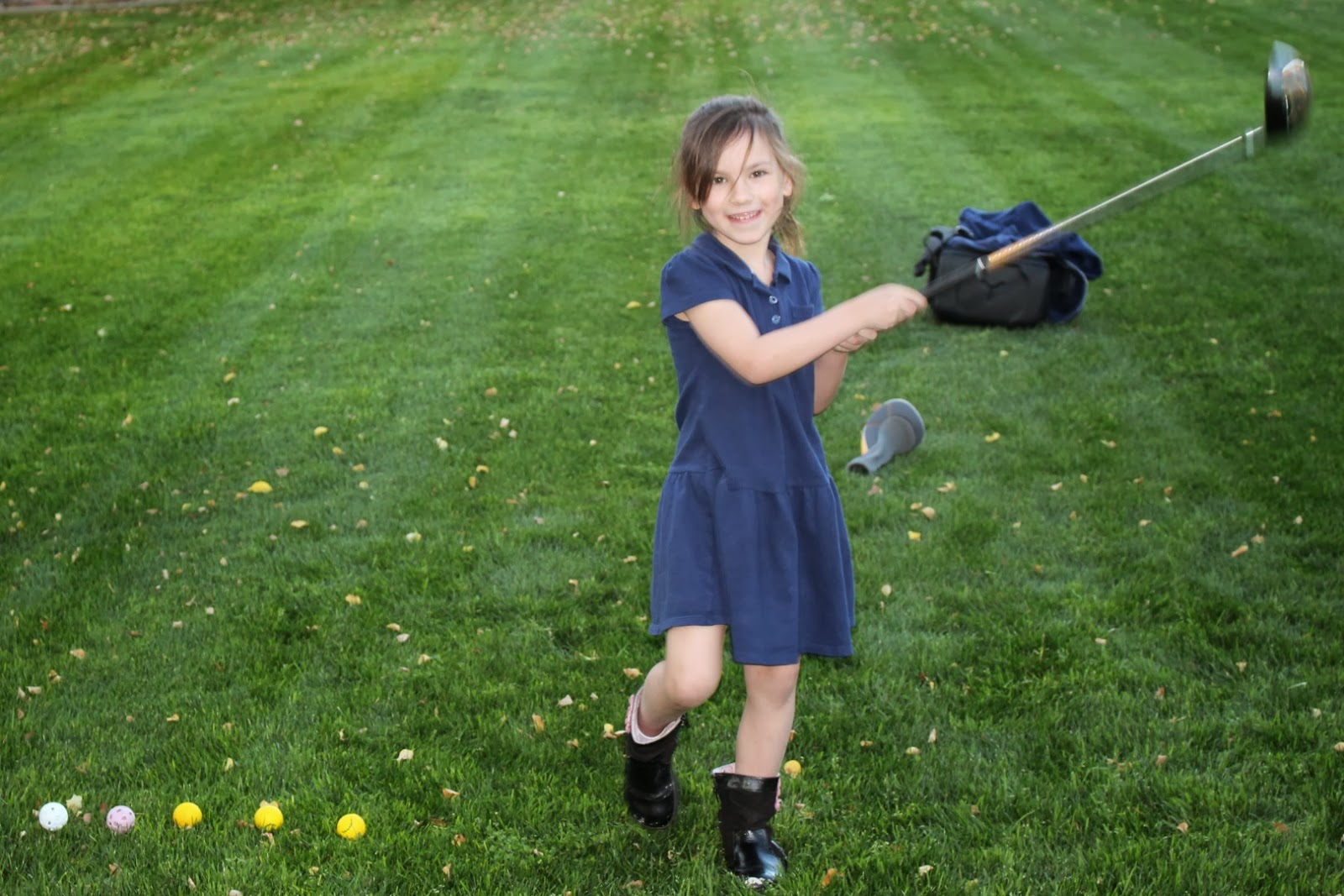 Easton connected with a couple of the practice balls and sent them over into the trees behind me.  I'm proud of him for connecting with the ball so well.  He's happy to be better than Layla at something. 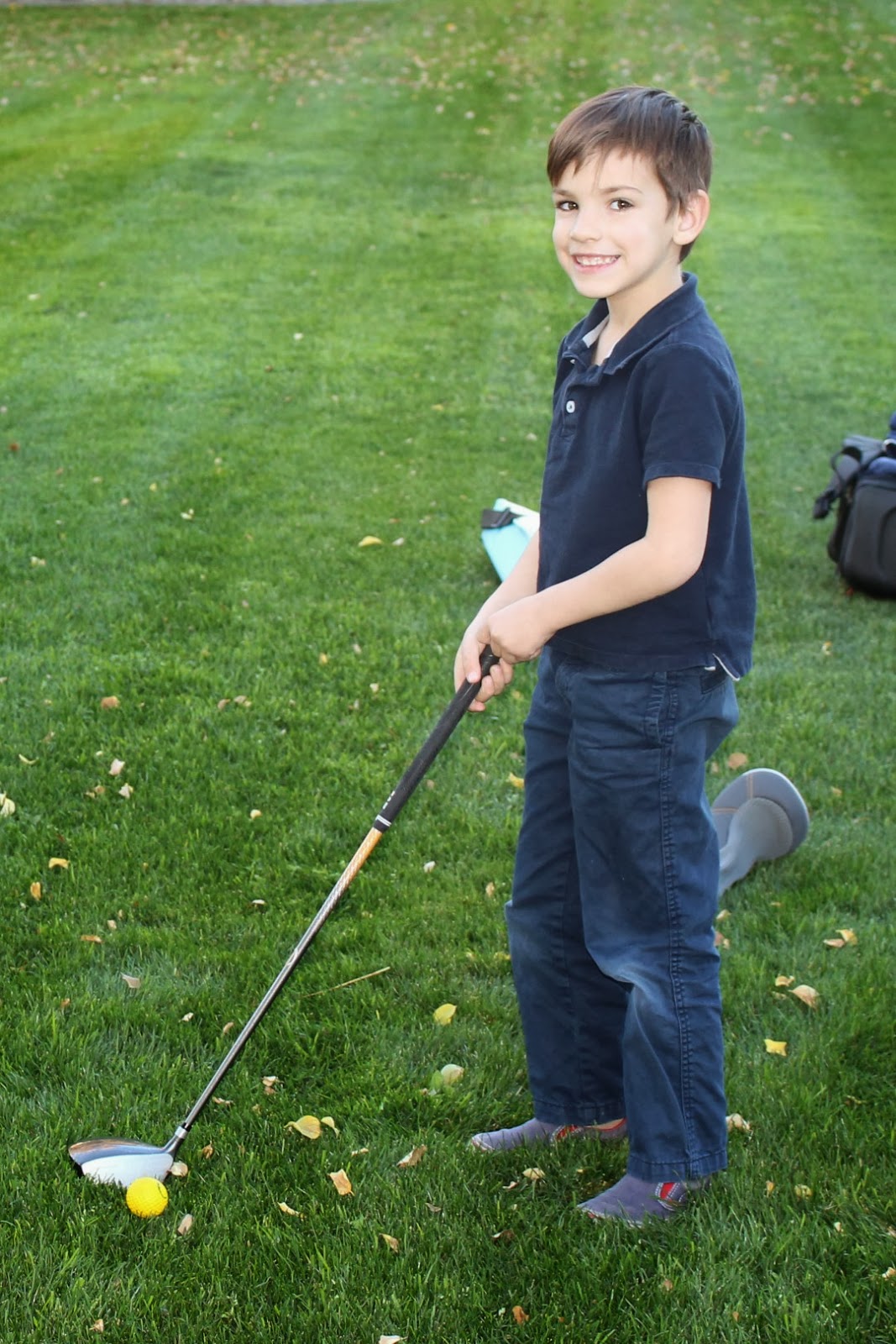 Layla skate-walked through her third ice skating lesson.  She is starry-eyed watching the wide age range of girls and ladies glide across the ice.  She is one determined girl who I know will get to that level.  She dislikes being anything other than number 1.  The great part is that she realizes it won't happen over night for this sport. 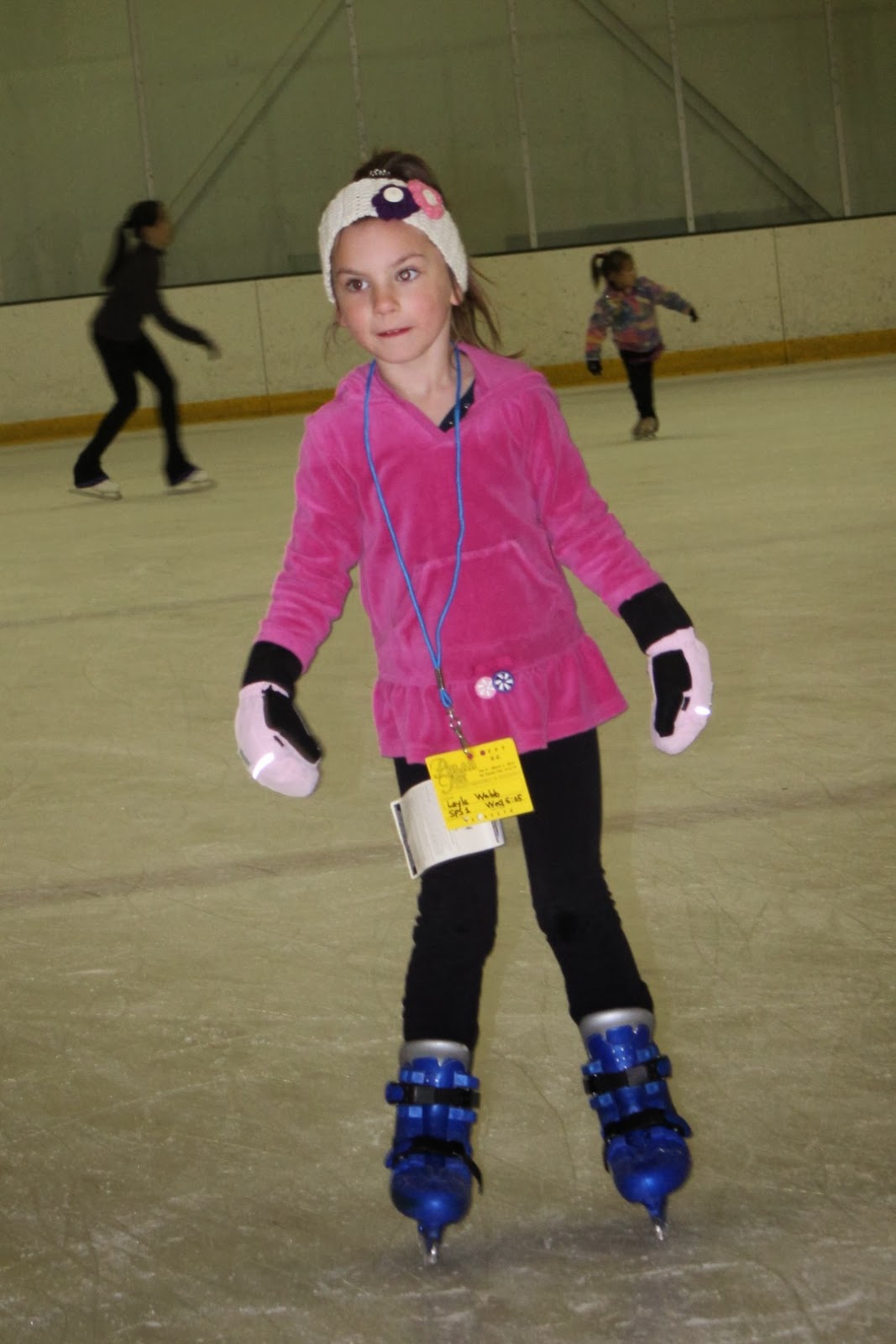 Layla can dance her boots off even if her boots have a blade on them.  This was her favorite part of the lesson.  imagine that?  In her just-woke-up haze this morning I told her "tomorrow is ice skating day!"  Her eyes popped open, a big smile appeared and she clapped her hands like a monkey with cymbals. 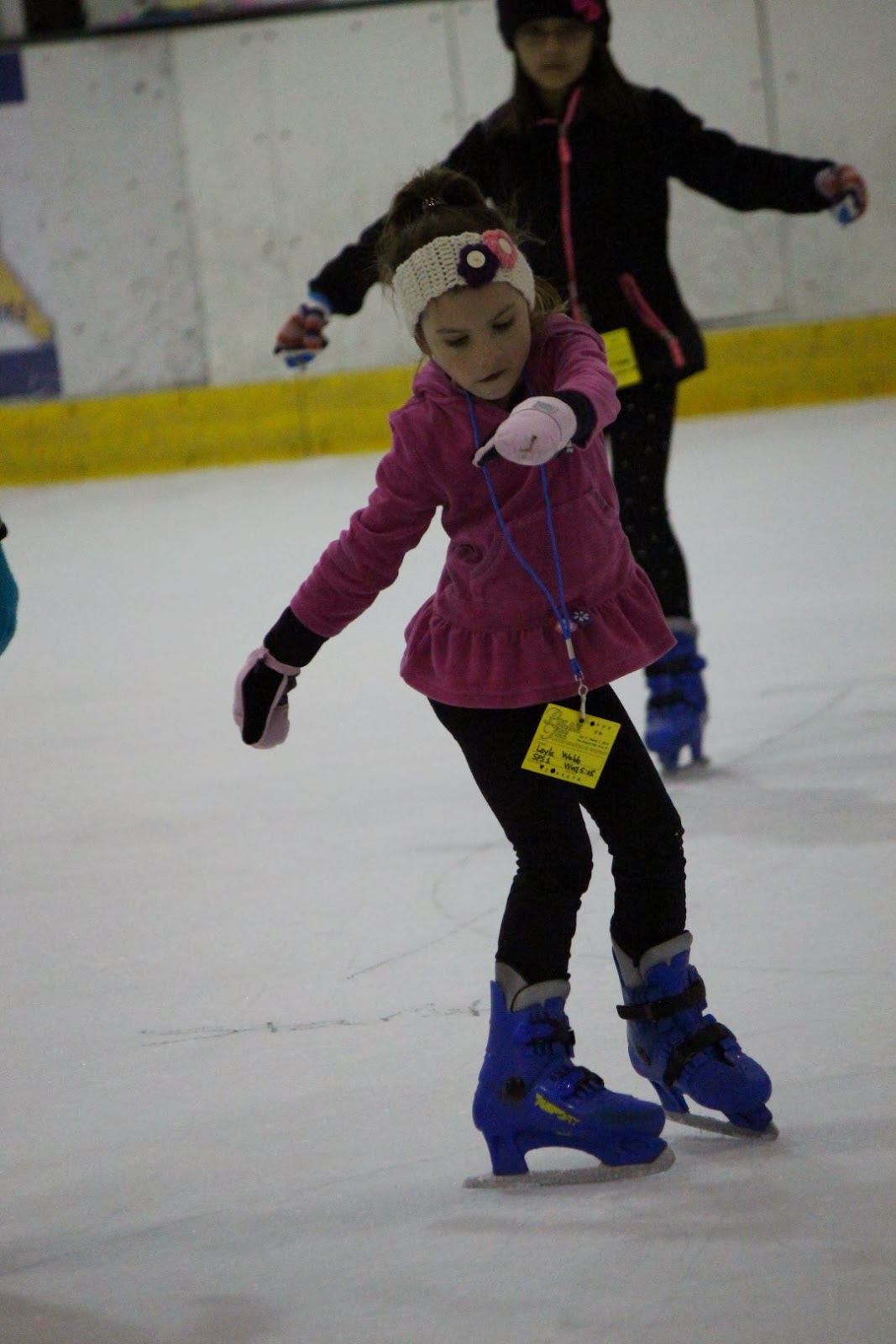 Last night I told Easton I found a web site that describes when the International Space Station is visible in the night sky.  I wasn't sure how well it could actually be seen, but told him, "if you don't go adventuring you can't have adventures!"  He agreed to wake up bright and early.  I walked down the hall at o' dark thirty this morning and he bounced out of bed with a loud whisper, "is it now, Dad?"  I'm not even sure he slept a wink last night...  Anyway, we went outside and stood on top of the hot tub gazing in the direction the website described.  Easton pointed and said, "there it is!"  I had no idea what to look for and thought he was just chasing ghosts, but there it was in all it's brightness glory.  The space station flew overhead at 20-something thousand miles per hour.  That gave us roughly 5 minutes of visible time as it arched across the night sky.  It could be mistaken for a really bright airplane if someone didn't know any better.

The night sky was so dark that i couldn't get Easton to stare at the bright flash on my camera as I took a picture. 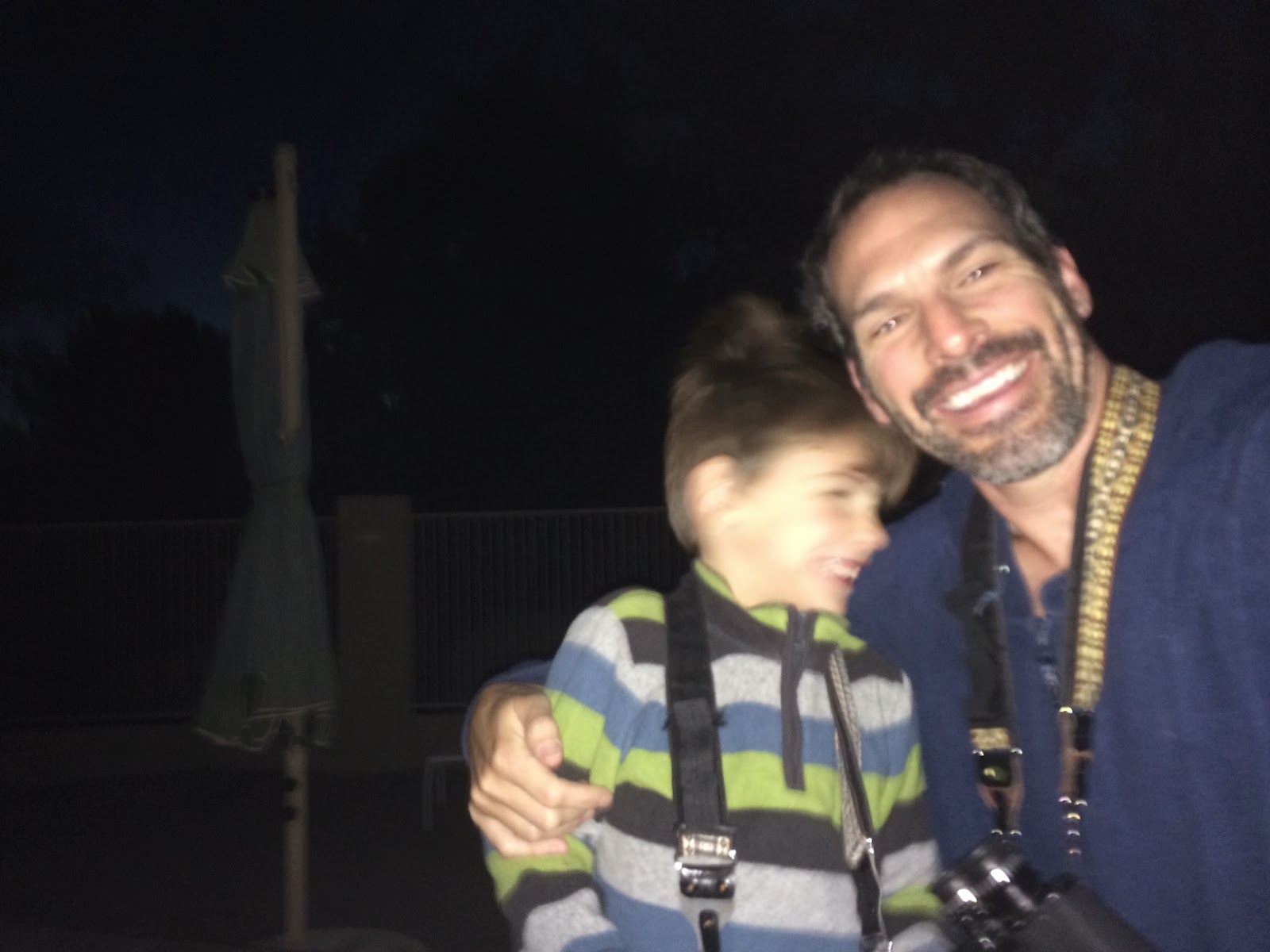 Easton was excitement times 20.  He relived the moment continuously for the next hour while they got ready for school.  I hope he doesn't get in trouble at school because he is probably still talking about it all through class today.  I didn't want to get up early, but if it's important and interesting to him, then it better be to me.  I keep this in the front of my mind at all times because if he shares these little moments with me now, then he'll want to share the big ones with me as he gets older.