After arriving home from the our 3-month-long vacation at 1:00 AM we woke up in time to go to church.  There was no sense of obligation or thought of "we need to go because we should".  All four Webbs just had a desire to go.  Kendra and I missed being a part of the teams who impact people's lives and all four of us missed our friends that much.  We GET to go to church, we don't HAVE to go to church.

Anyway, after church and lunch we were all kind of zombie-like from the long day of travel and too few hours sleeping.  My work offered a free day of admittance to the Arizona Science Center.   I couldn't pass up the opportunity no matter how tired we were.  Plus it gave Kendra a chance to clean the house and grocery shop to replenish our empty refrigerator.

The day was both hot and rainy so we couldn't do any outdoor activities.  However, they had an outdoor water exhibit.  Layla's favorite attraction was the wheel that scooped up the ball and then rolled down on rails like a roller coaster. 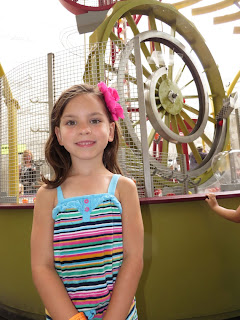 Easton's favorite was the tornado (surprise, surprise) where he threw balls into the top and they swirled down through the hole in the bottom along with the exiting water.  It was like a big toilet, but I didn't want to describe it like that or he would get some bad ideas. 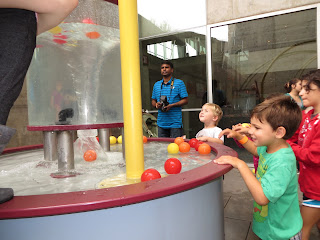 Another area they played in was the wheelchair race.  Each wheelchair had a screen in front of it with a start and finish line.  They were amazed by how difficult it was to push the chairs along the virtual track.  I'm glad they were able to experience the effort required for those in a wheelchair to get around. 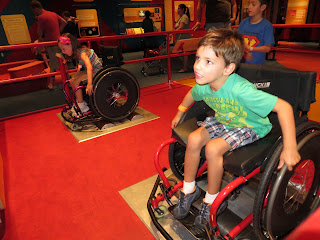 Another big hit was the dam building area where a small stream of water trickled into the long trough.  There was a bunch of sand and mud for kids to build a dam and see how the water reacted to the force of gravity and dams. 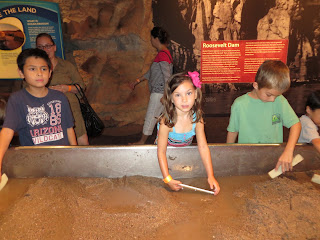 Easton was as interested in building as he was in tearing it down.  Watching them respond kindly to the other kids made me proud because some of them were not well mannered.  The contrast between which kids were taught and which were not becomes more intense as the twins get older. 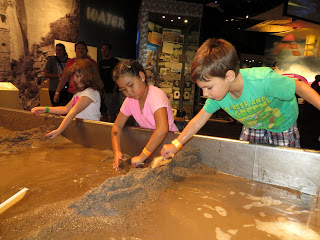 We were able to enjoy the planetarium and IMAX movies, but had to choose only one.  Layla is still scared from the "get ready to go into a black hole!" comment last year when we visited the planetarium.  Combine that bias with the title of the 3D IMAX movie, "Tornado Alley" and there was no contest.  Tornadoes it is! 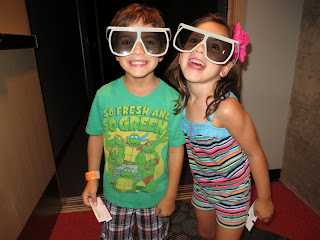 Our goofy glasses made for goofy pictures and we have no problem making silly faces to top it off.  The movie was not frightening or gruesome, but I fielded questions from both sides throughout the entire thing.  Easton wants to build his own tornado intercept tank vehicle and Layla wants to never visit Oklahoma again. 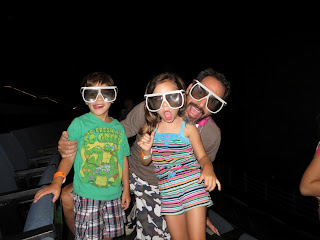 Layla is strong and she knows it.  Two girls were on the other side of this tug-of-war pendulum thing.  She won. 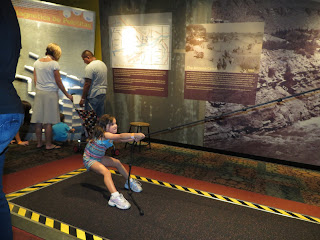 Easton wasn't the least bit interested in the strength training exercise.  He was enamored by the exhibit where you drop a ball down a chute, bounce it off an angled steel platform and send it flying through the movable steel hoops.  He was amazed by how he could turn the crank, adjust the angle, and send the ball cleanly through the hoops. 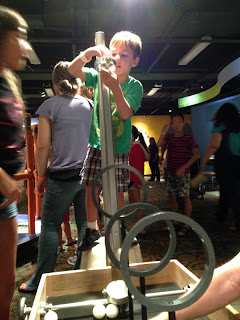 Outside I got one more selfie with the two of them and the science center in the background.  I hear they have a super expensive, week-long camp in the summer, but for now we'll gladly take the occasional free day of fun inside. 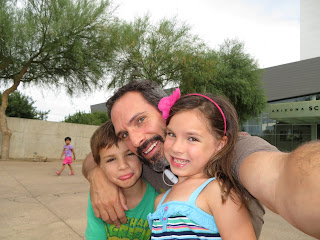 Speaking of super expensive.  I had no idea air conditioners were so expensive to fix and maintain.  We have two units and one of them was broke when we arrived home.  The AC repair man was shocked by how much cat hair was caked on the cold coils in the house.  He asked if we had a family of cats living in our AC unit.  I said, "no, but there was a cat here for over a decade!"  Thanks, Samantha, for clogging the AC.  I'm hoping the cost of repairing everything will lower our monthly AC bill, but the ROI for this expensive event will probably take 15 years to pay off.  The happy part of this painful experience was that we have an emergency fund set up for... emergencies.  Not having AC in Phoenix in the middle of summer is clearly an emergency.  Now we get to rebuild our emergency fund! 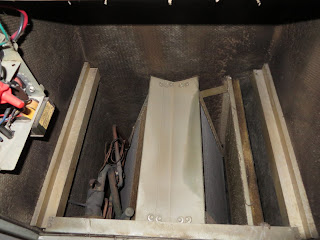 Kendra's friend, Susanna, is back in town again.  After being away for a year or two her kids are grown enough play with Easton and Layla.  Layla taught Harley some dance moves. 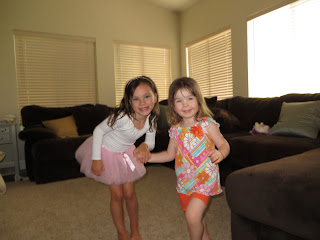 And Easton taught Colton how to rock the Xbox Kinect river rafting game. 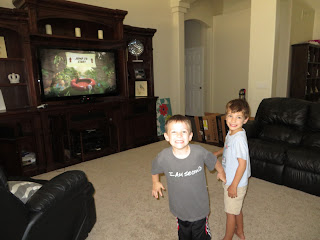 This time of year has a semi-regular routine of me going to work and then swimming with the twins in the evening.  We've been doing this for the last 4 years and it never gets old. 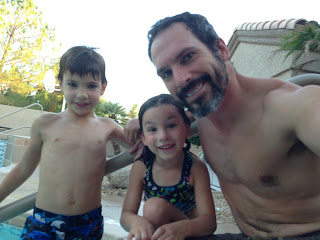 This is our last week at home with the kids before starting Kindergarten next week.  I feel like this is the end of an era even though they went to pre-k for two years.  All day school is a whole new ballgame.  I'm excited for them, but quietly mourning the dramatic shift for the 4 Webbs.  I wish they would stay this age (and I would stay this age) forever.  They still give me hugs and kisses, think I'm a muscle-man hero, and like for me to lay on their bed while singing them to sleep each night.  There's nothing that could ever replace the joy and fulfillment I get from being a Dad of five-year-olds, but I know the only consistent thing in this world is change.  Nobody needs to convince me to "cherish these days when they are young" because I do with all my heart.

Time is a treasure with a measure and the Bible says, "Wherever your treasure is, there the desires of your heart will also be."  I'm OK with that.  It's confirmation that the things I value in life and give my time to are well-chosen.