Adventures don't always turn out like you expect, but that's part of the fun.  If everything went as planned then it's just a rehearsed play, not an adventure.  Take, for example, our experience at Repticon.  My expectation was an enormous gathering of top-notch reptile lovers who look and act like the crocodile hunter, Steve Irwin. I expected exhibition areas where reptiles large and small display their wild behavior in a controlled area. I expected festivities and shows and a carnival atmosphere.  Repticon was not that.

Thank God I didn't share my expectations with everyone else in the car on the way to our adventure because there would have been much disappointment.  Was it worth the half-price tickets I bought on Groupon?  No.  But we all went in with happy hearts and the twins had an open mind about what they would encounter.

I'll go ahead and whine about the missed expectations by sharing how lame it was.  I need to get it off my chest so the rest of the post can focus on the valuable part of the outing.  Repticon had no signs of welcoming, no parking directions, no fanfare whatsoever.  It was a small building off to the side of the Phoenix Convention Center.

We walked inside and I quickly realized this was the weirdest place with the oddest, outcast people I've ever seen.  There was no Steve Irwin, but there were many kids in adult bodies.  I'm all for having a passion and chasing after it with all your heart for as long as the passion burns.  This was not the case for 95% of the people there.  Old men and women who never grew up and still play with bugs.

Repticon was  a gathering of reptile pet stores who brought their stuff to sell.  People were buying and selling scorpions, tarantulas, and snakes as though this were a flea market.  Nothing wrong with that.  It was just weird and not what I saw advertised for the event.  Everything was for sale and the only show or interaction was just sales pitches.  The animals were smashed into tiny containers with condensation on the lid making it difficult to see if anything was even alive inside.  My expectations would have been much more aligned if they would have called this "reptile sales emporium" or something more accurate.

Easton and Layla were amazed by the interesting creates we saw.  Many of them were recognizable based on TV shows they've seen.  For example, Pascal from Disney's movie Tangled was right there in living color for the twins to watch his eyes independently move. 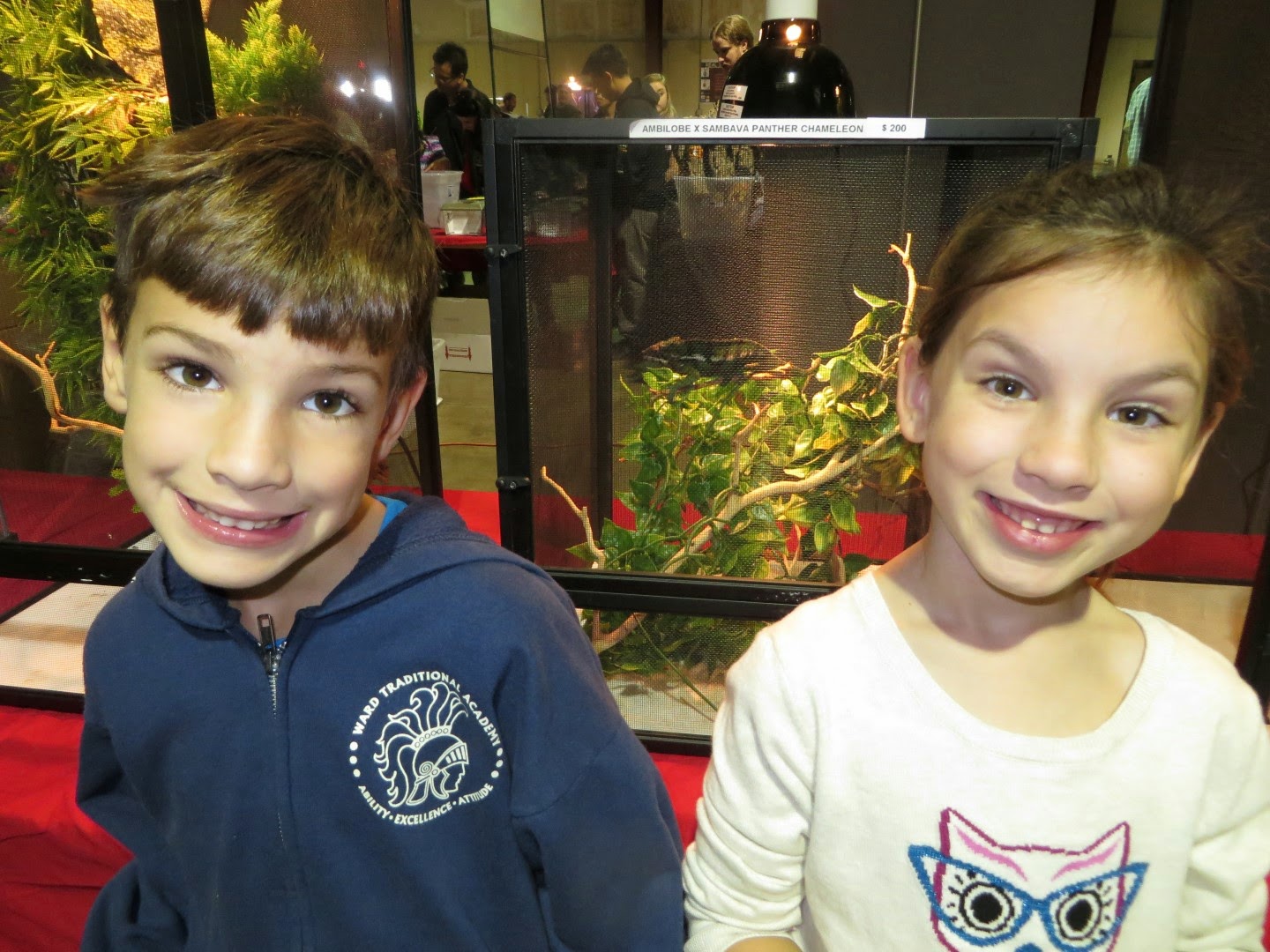 The snake from Robin Hood was much friendlier in person according to Layla.  This is some sort of boa constrictor.  Layla and Easton both had the chance to feel their bodies wriggle through their hands.  Getting to hold a snake was the highlight of the day.  You can't normally do that at the zoo or the pet store. 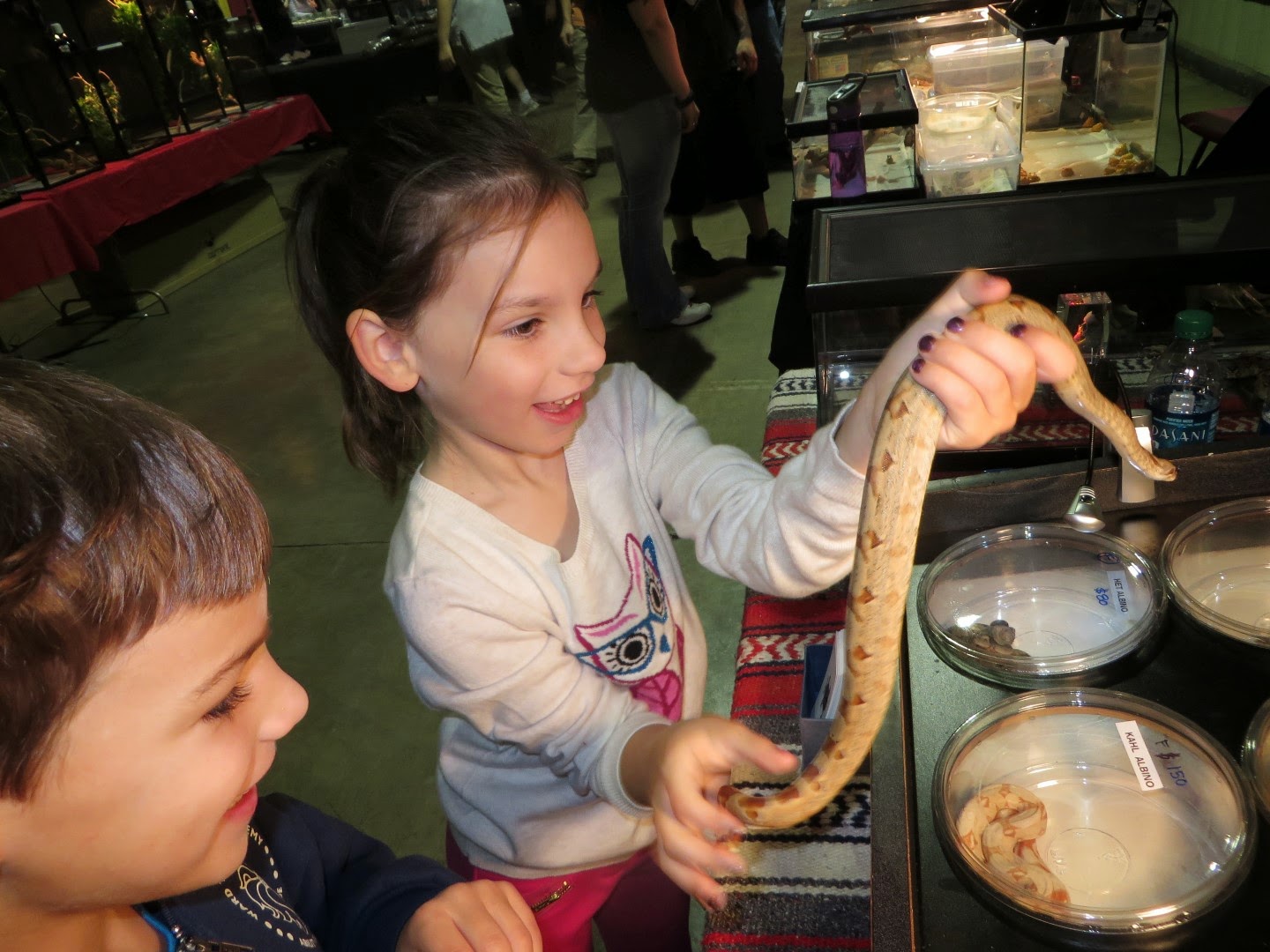 Holding a snake was fun and "not a big deal" because we made it that way.  The snake salesman was cool...  and more importantly Kendra was cool.  She held the snake and described the interesting features she noticed. 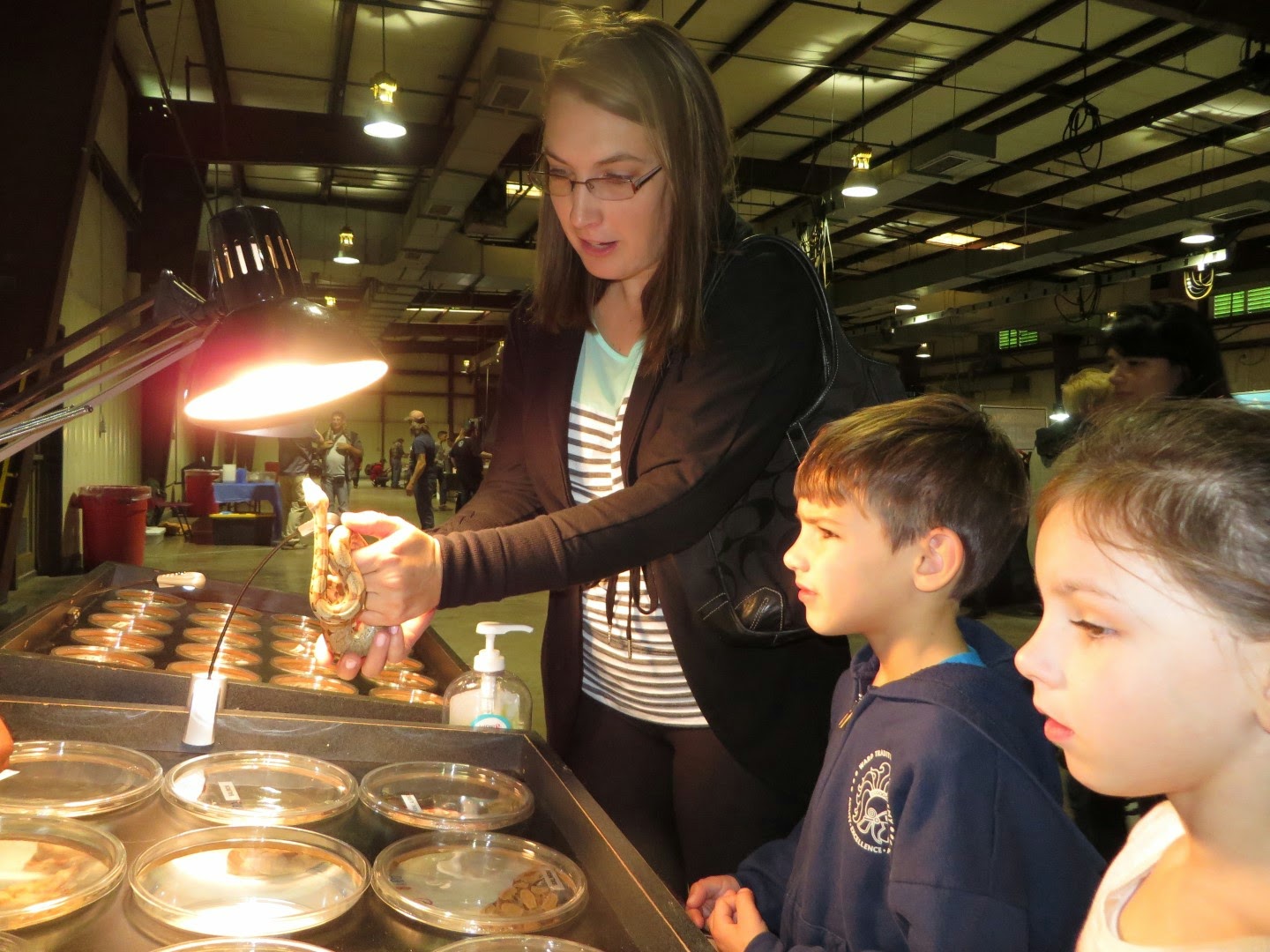 I think this huge lizard in the tub was an iguana.  I had to hold up the twins one at a time to let them reach in and pet the scaly beast. 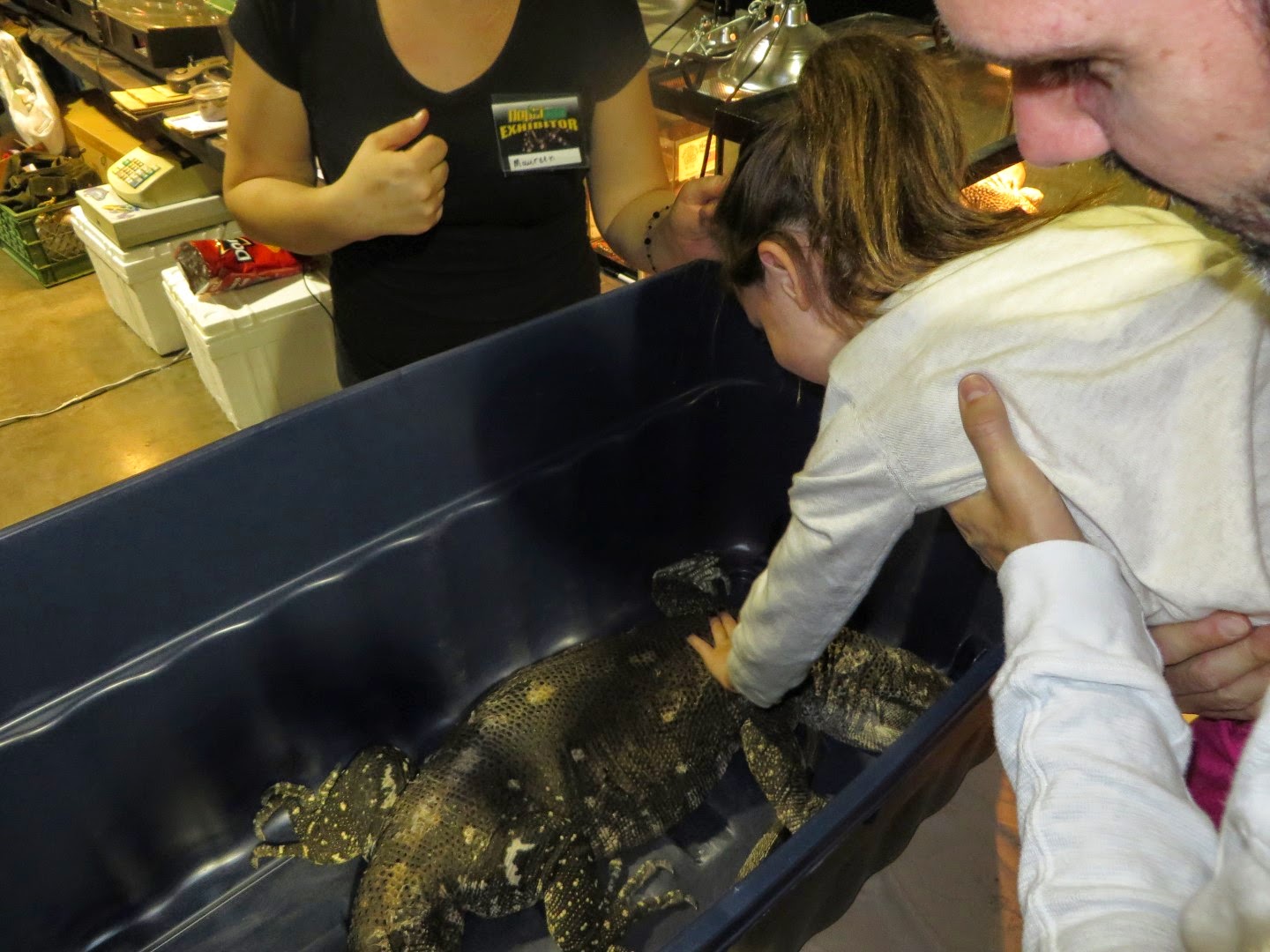 Repticon even had a bit of Christmas to share.  They were selling see-through Christmas bulbs with a real spider and livable environment inside!  Easton said, "please can we get one?"  Kendra said, "no" before he even said the whole sentence.  Just....  no.  Easton's interest in spiders is great as long as he doesn't bring one into our house. 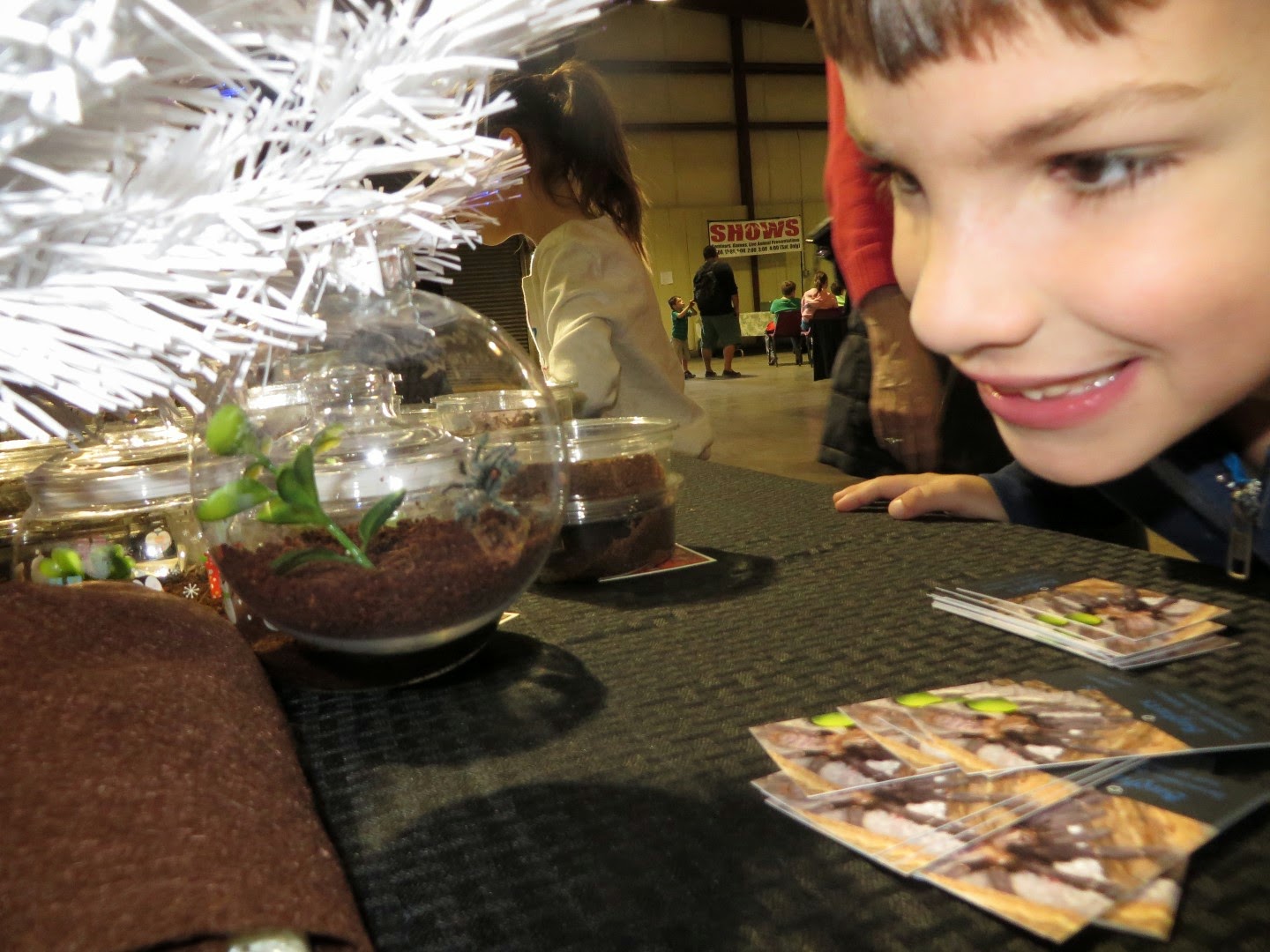 I'm glad we went to Repticon for Easton and Layla's enjoyment.  It was worth it for them to experience creatures we would never otherwise encounter.  All of their senses were engaged and they even learned some things that they'll never forget.  It was memorable for all of the right reasons.  It was the 4 Webbs briefly jumping into the deep end of a different culture and being perfectly comfortable.  We were kind and interested in the people and the creatures alike.  The thing I liked most was the lack of judgement.  Yes, it was weird, but Easton and Layla interacted with everyone and everything around them without a single critical word.  Not a negative word, not a scrunched nose, not a single eye roll.  Just curious questions and an open mind interested in the mysteries and wonders of the world.

I don't recommend anyone waste their time going to Repticon unless you have curious, open minded six year olds.  3 is too young and 10 is too old. That's a wrap!

Christmas is coming and presents are stacked under the tree.  That means we need to make room in their room.  Out with the old and in with the new! Kendra and Layla spread out her toys over the floor and negotiated what to keep and what to give away.  Their rooms are cleaned out and ready for the new! 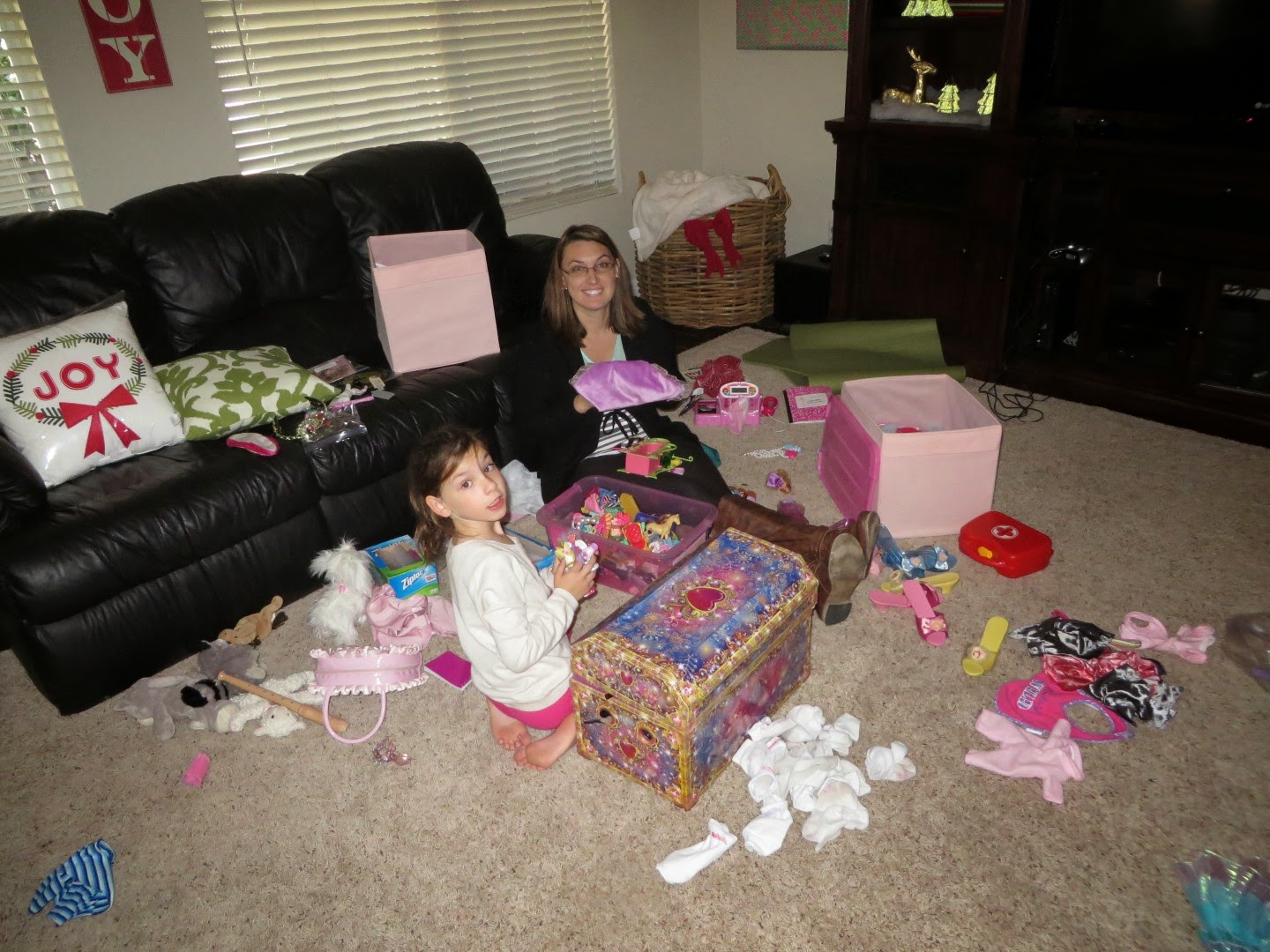 We were invited to join some new friends for a birthday party.  The location was Peter Piper Pizza.  I asked the twins if they want to go and I have yet to meet a six year old who said "no" to going to Peter Piper.  We burned through two small buckets of tokens before the cake came out.  Layla wanted the birthday girl to have the best birthday ever, which means Layla sat right next to her and sang the loudest for the birthday song. 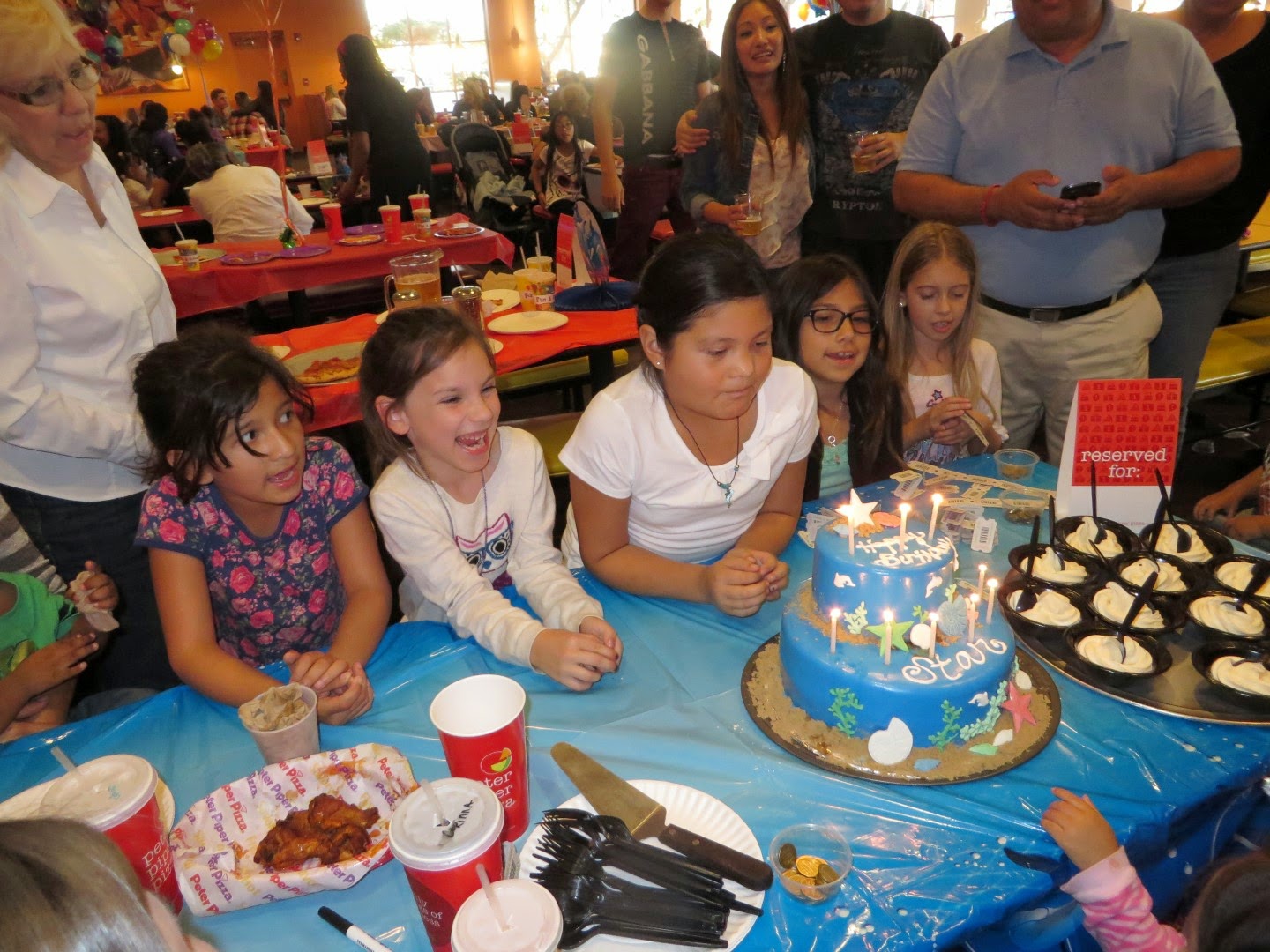 Then, as we were dumping our last few tokens into a useless ticket dispensing game someone gave me another bucket of tokens because they were leaving.  There is a ride where the seats move around as you watch a first person roller coaster ride video.  It's as close to virtual reality we have at this point in technology. 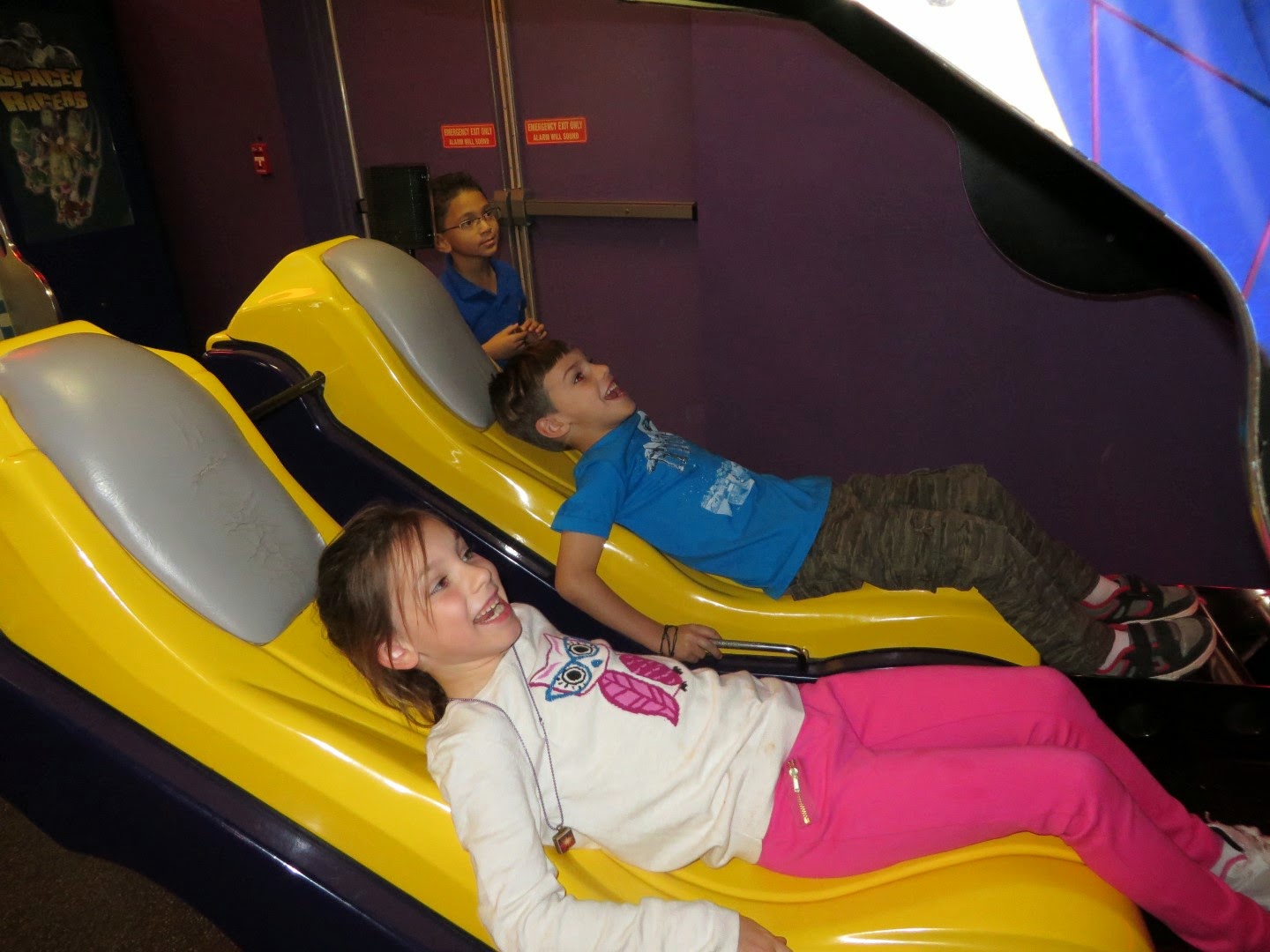 The year is wrapping up quickly so i'm speaking and writing the year as "2015" already.  Seems strange that it's already almost here.  In 2015 I'll turn 40 and the twins will be 7.  that's tough to get my mind around, but it'll happen whether i'm ready or not!

For now I get a loooooong vacation. the longest of the year for me.  We are happily staying at home this year for the Christmas season.  Time to sleep in and play all day!