I bought some new pants and decided to wear my stylish belt and Chuck Taylor shoes that I received from Logan as a groomsman in his wedding last year.  Turned out to be a winning combination.  I only know this because our stylish worship leader commented on my choice of attire. 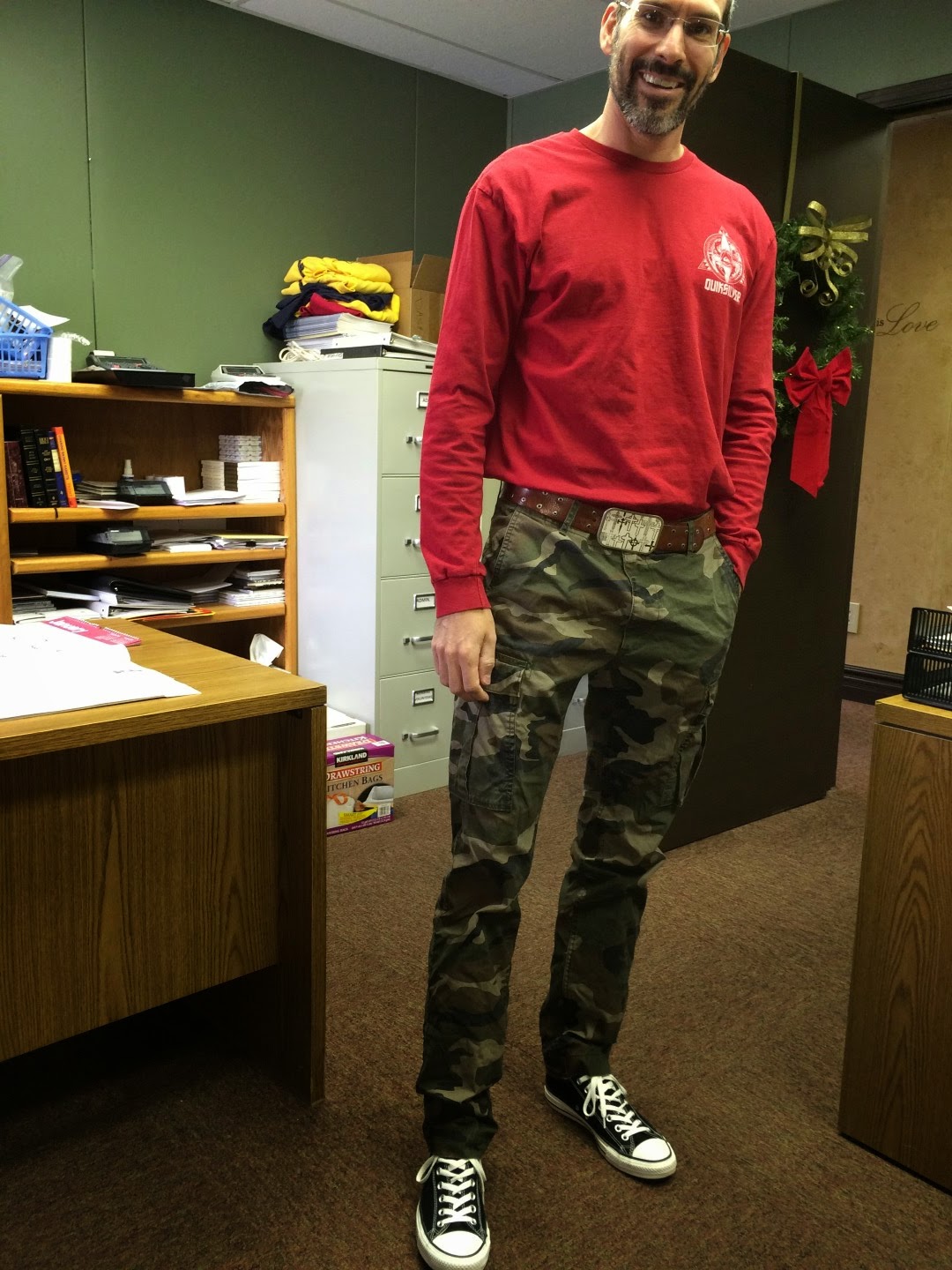 We did some serious clothes shopping over the past week for all 4 Webbs.  Easton picked up a pair of camo pants too and I just had to get a picture of the two of us.  This is as close to a mini-me as I could ever hope for. 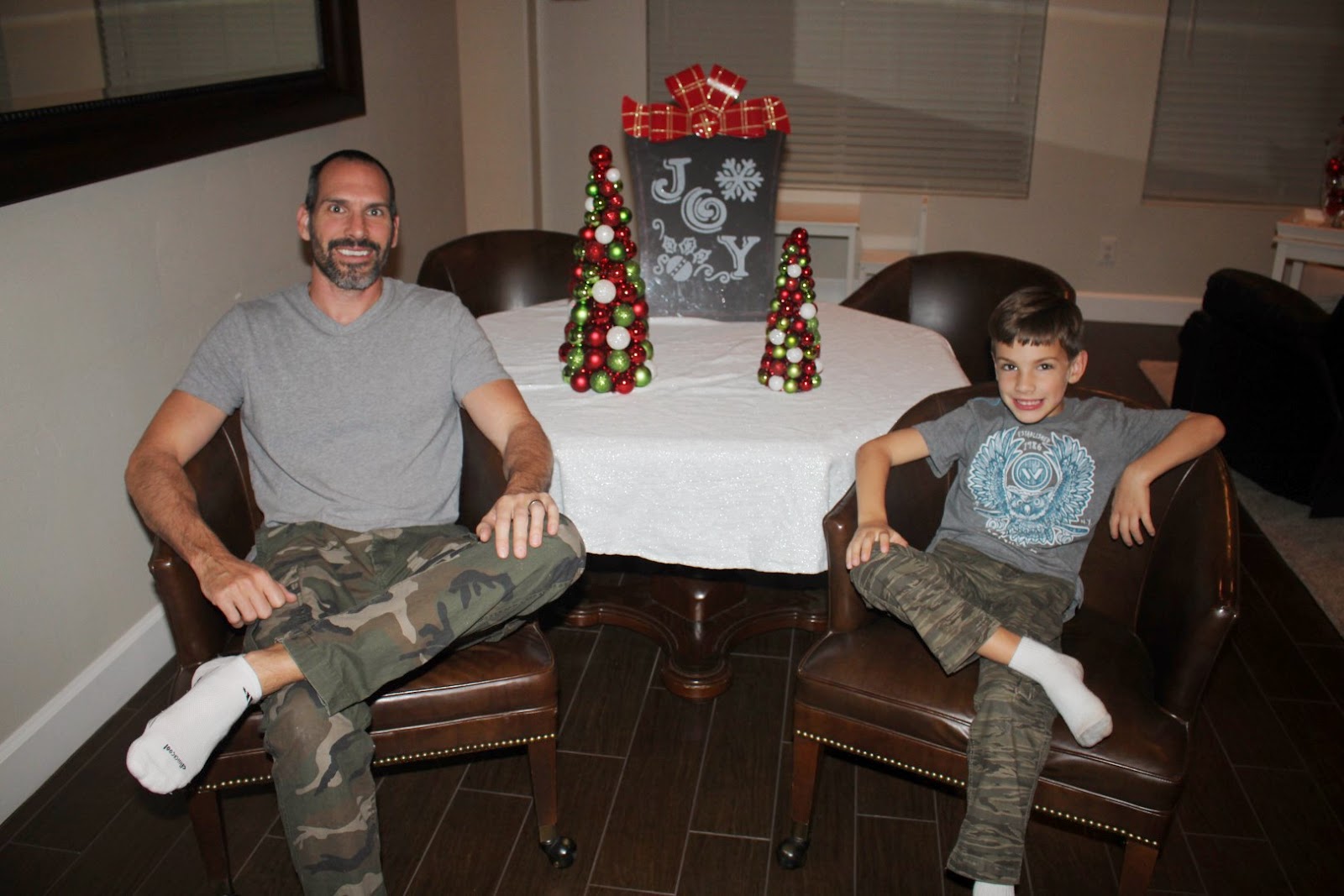 Friday night I showed Easton the shipping tracker for his Lego Titanic Christmas present.  I explained how it started in Florida and made it through some points along the way to New Mexico. Giving Easton the exciting shipping news was bad timing on my part.  Saturday morning before the sun came up I had Easton staring me in the face as I awoke.  He asked if the package was in another town closer to us.  I knew Kendra wanted to sleep in so I told Easton to go get his clothes on and the two of us would go out for breakfast so the girls could sleep in.

I went to Easton's room to hurry him along.  Layla's head poked out her door when she heard "breakfast" in discussion.  I asked why she woke up and she ratted out Easton saying, "He came in to see if i was still sleeping and I heard him open the door and it woke me up!"

So I took them both out for breakfast while Kendra slept in.  We ate at IHOP where the twins shared a large orange juice. 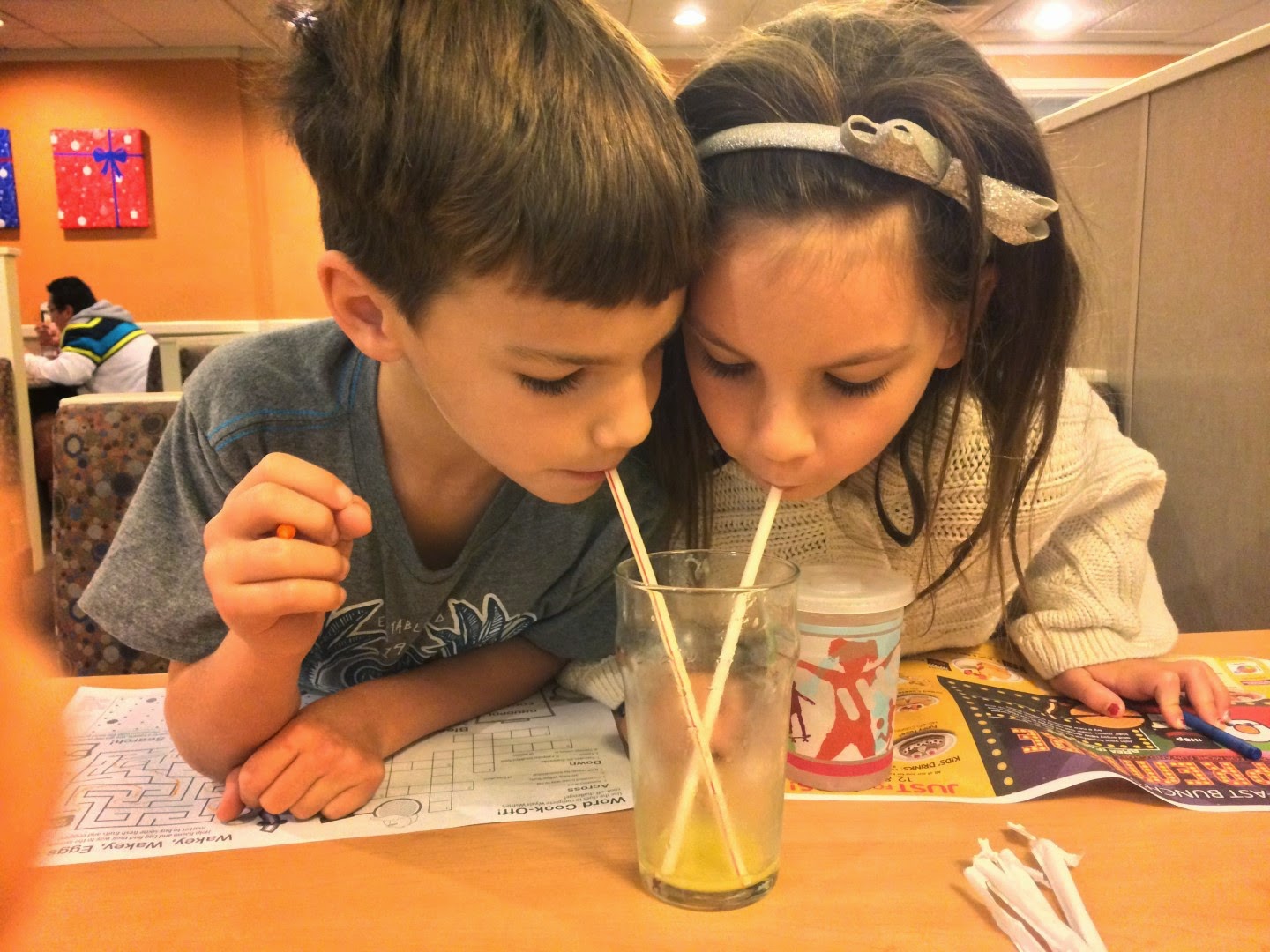 Then we went to JC Penny to do some shopping.  Easton sat in the baby seat part of the cart while Layla pushed him around.  We giggled through the aisles because of the silliness on display. 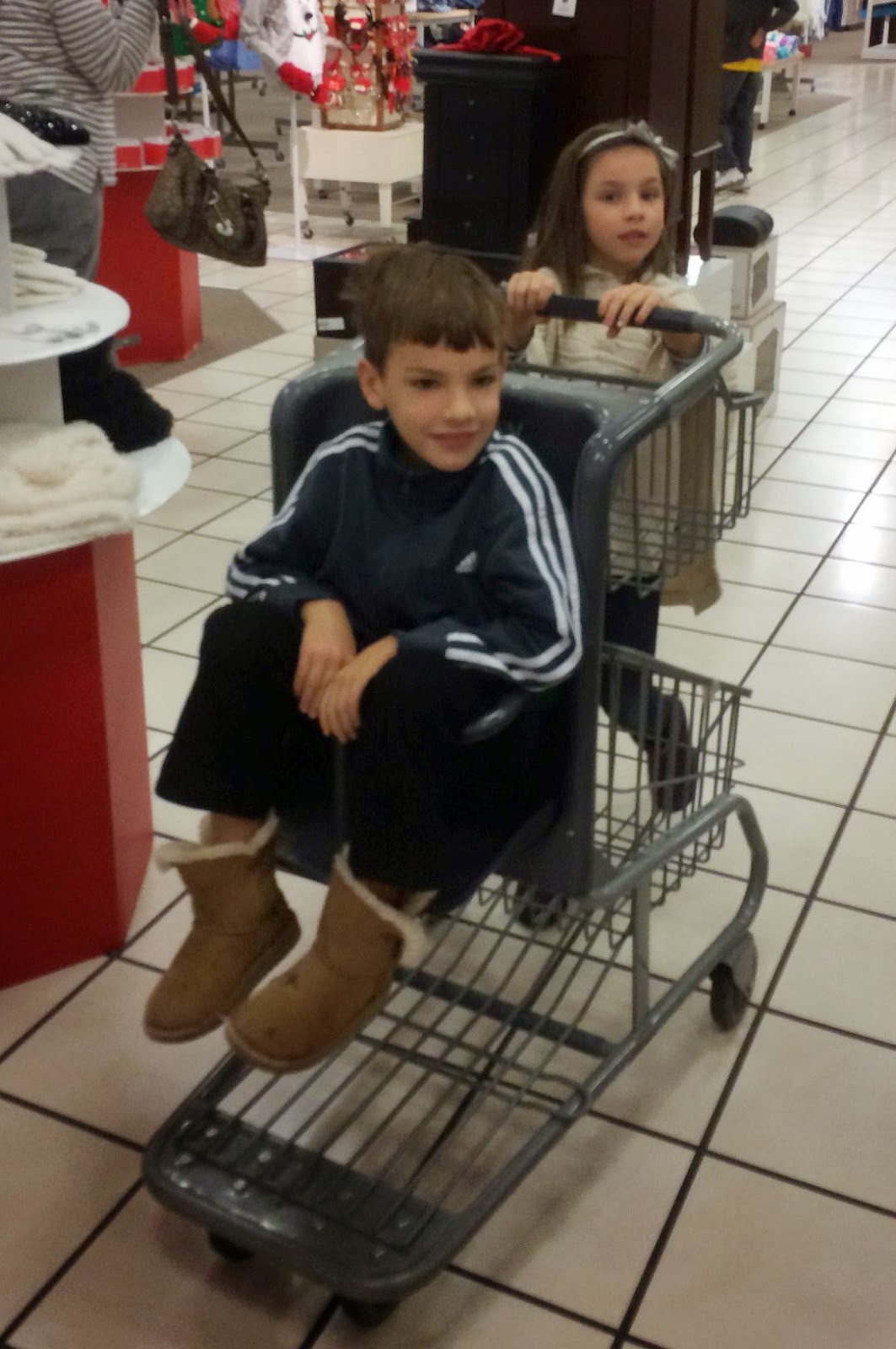 We went into a dressing room where I called Kendra on Facetime so she could give a quick yes-no.  This set of camo thermal underwear will work as pajamas.  Easton has a tough time finding pants that fit tight enough in the waist while being long enough.  These work great!  for a few months, anyway... 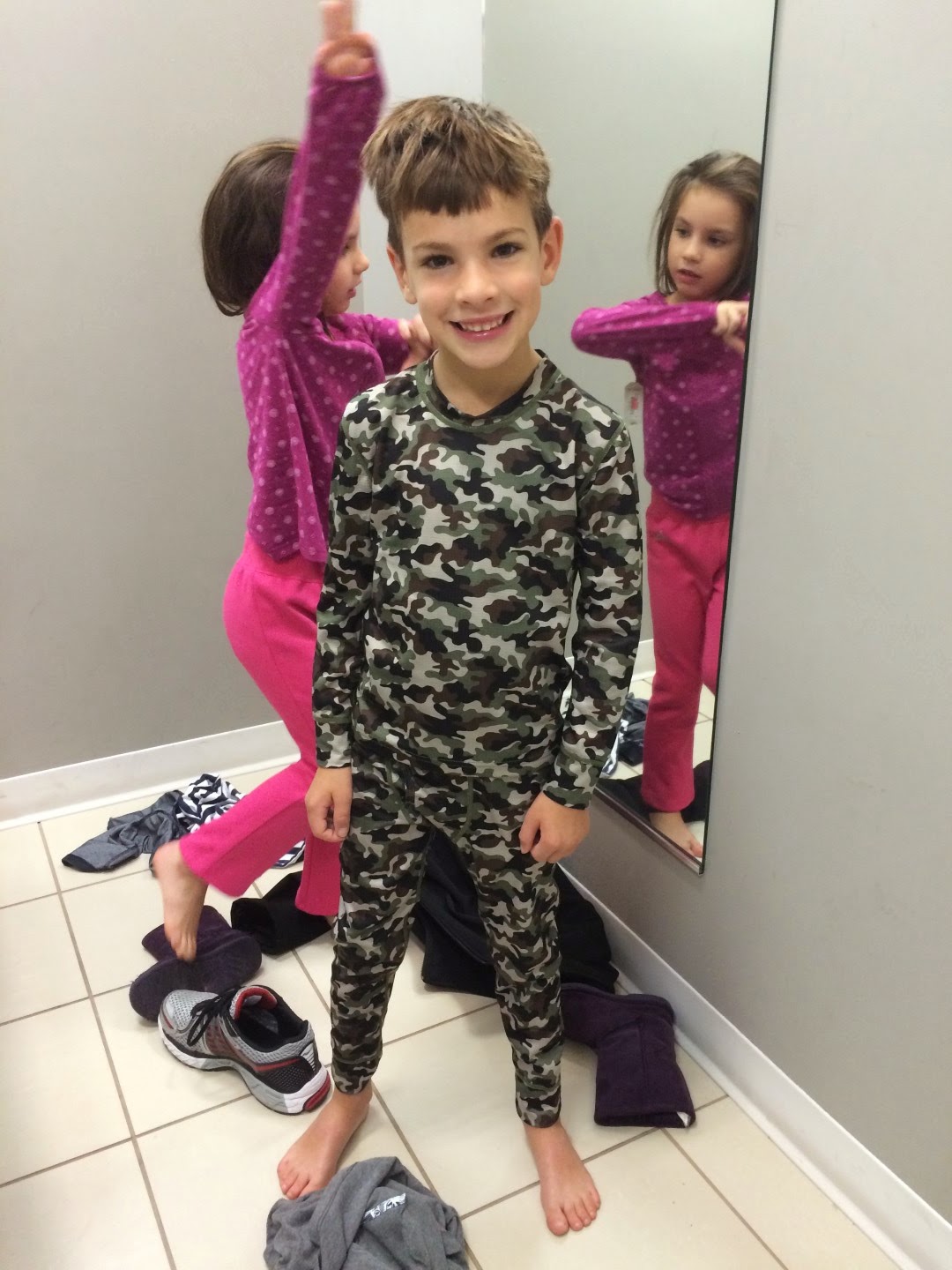 Their soccer league had a league-wide party at the soccer field to celebrate 20 years of existence.  The twins earned medals presented by their soccer coach, Matt.  There was no tournament or way to establish winners and losers in their age group, so these were relatively meaningless in the Olympic podium kind of way.  However, their persistence in going to practice and playing the games is worthy of a medal for perseverance. 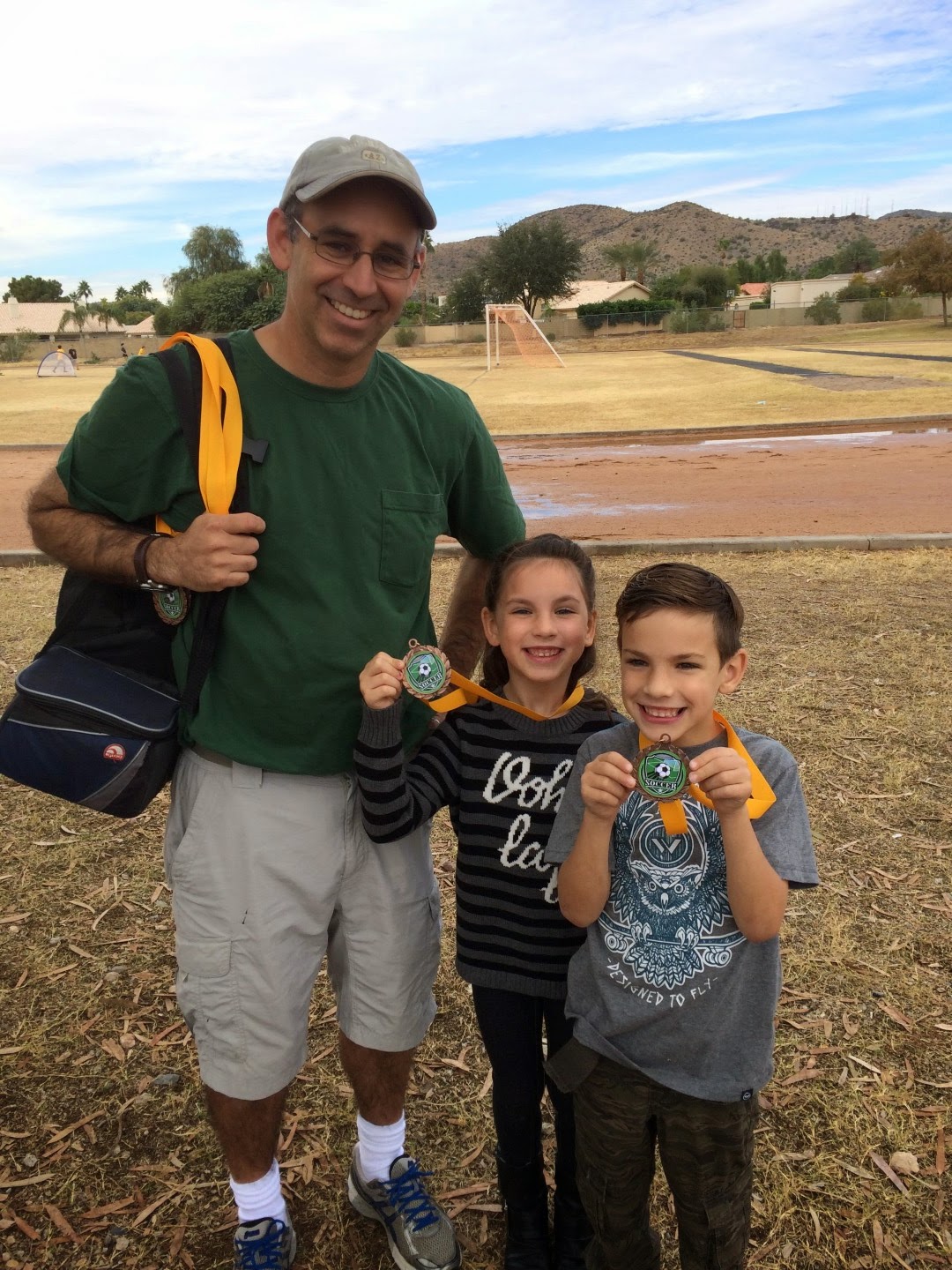 I doubt Easton will play soccer again because he doesn't have much passion for it.  However, his friends at school are big NFL fans so he has become a fan too.  He plays flag football during recess.  He asked Oupa to buy him a nerf football for Christmas  He also found this football carnival game at the soccer party where he threw the football for about 30 minutes trying to get it into the smallest hole. 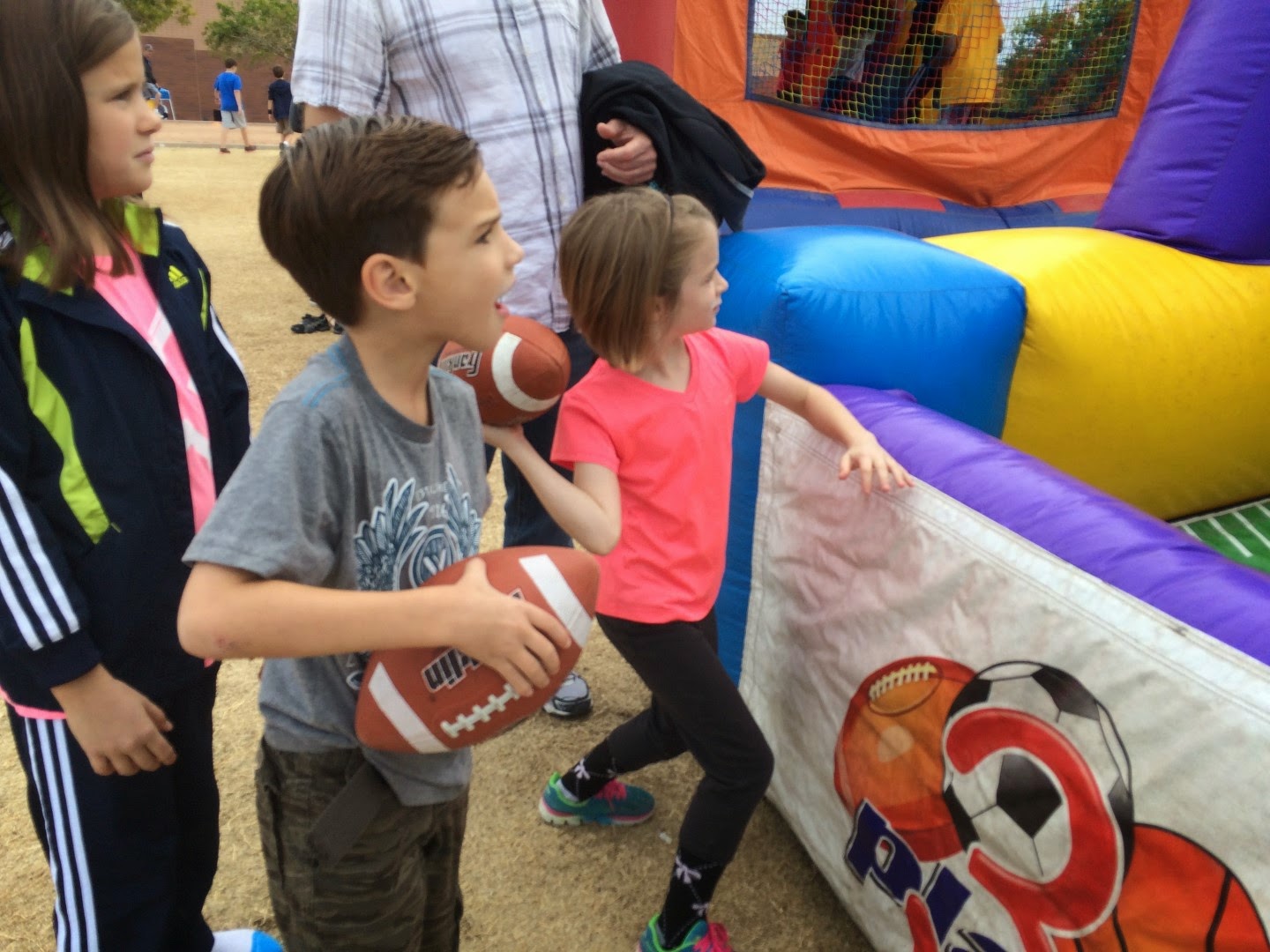 Another feature of the soccer party was free face painting and hot dogs. 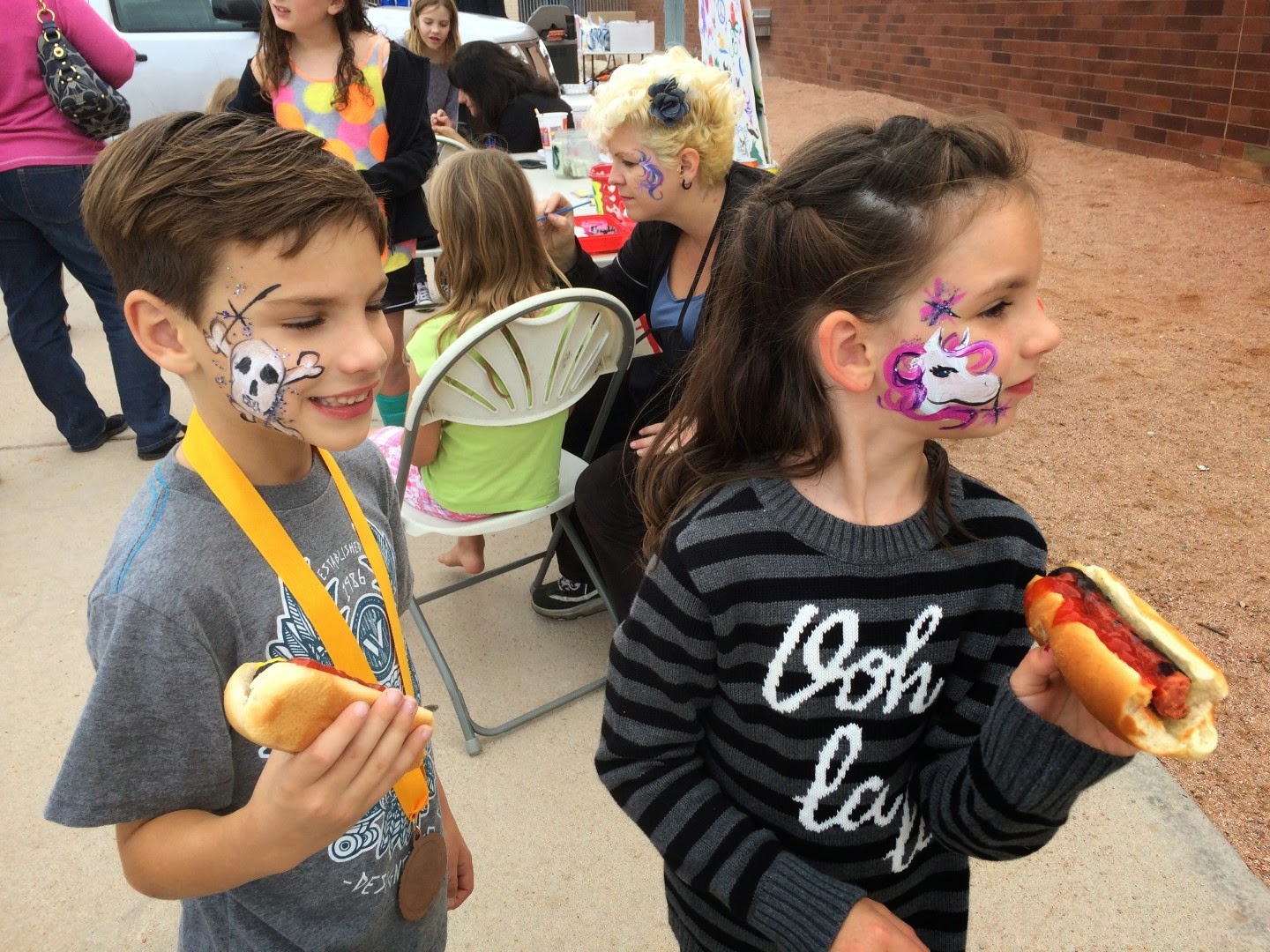 Easton got a pirate scar and the skull and crossbones symbol.  I have no idea why.  He probably saw some other boy with it or saw it in sample book. 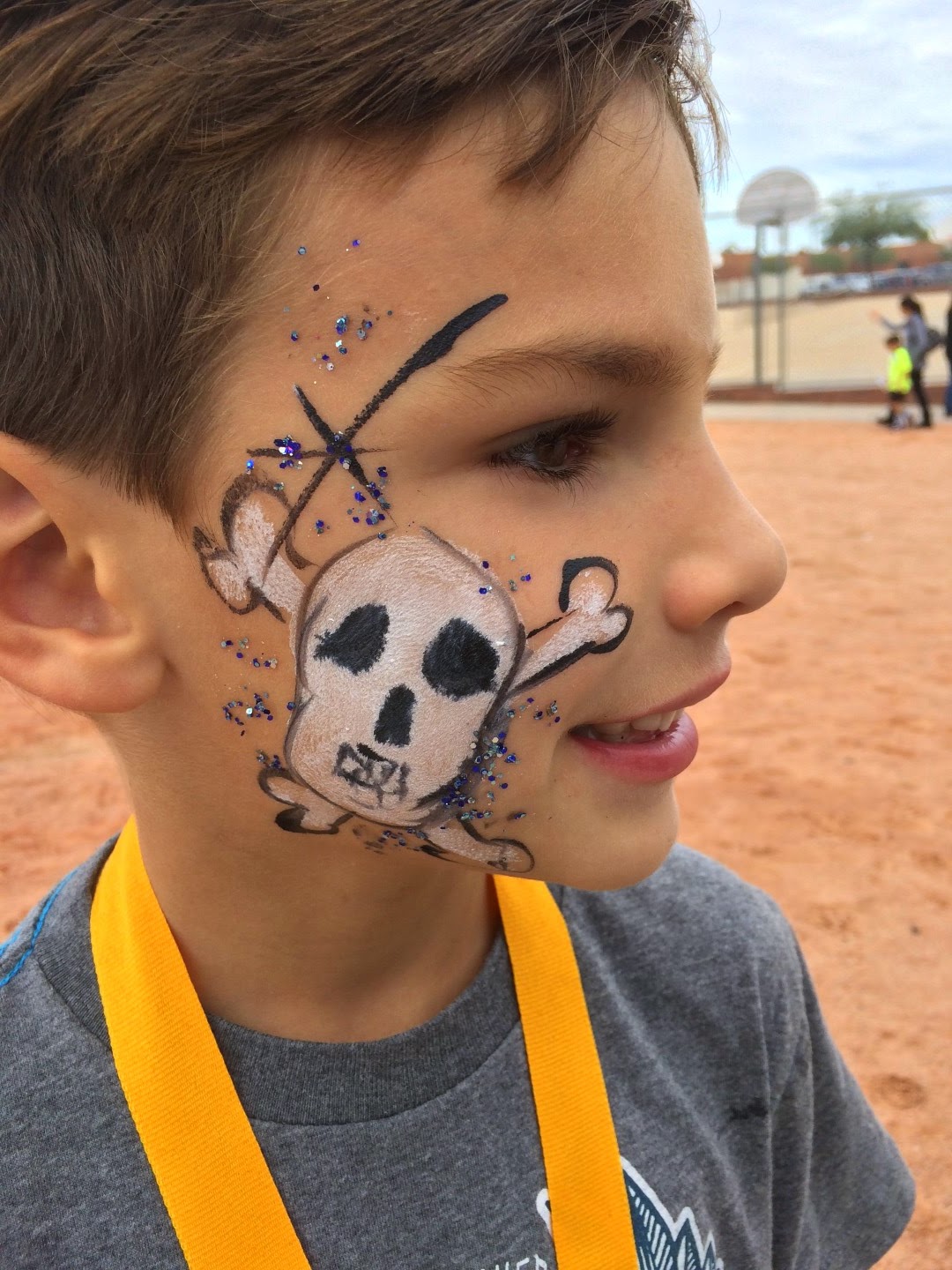 Layla got a unicorn and made a new friend in the process.  This is some random girl named Kennedy who is a year older than Layla.  She just met her at the event and the two of them played the whole time together.  I even met her Dad, Bryce, because the two girls wanted a play date.  I could tell he was as uncomfortable with the idea as I was.  We agreed to look for each other next season and do our best to get them on the same soccer team. 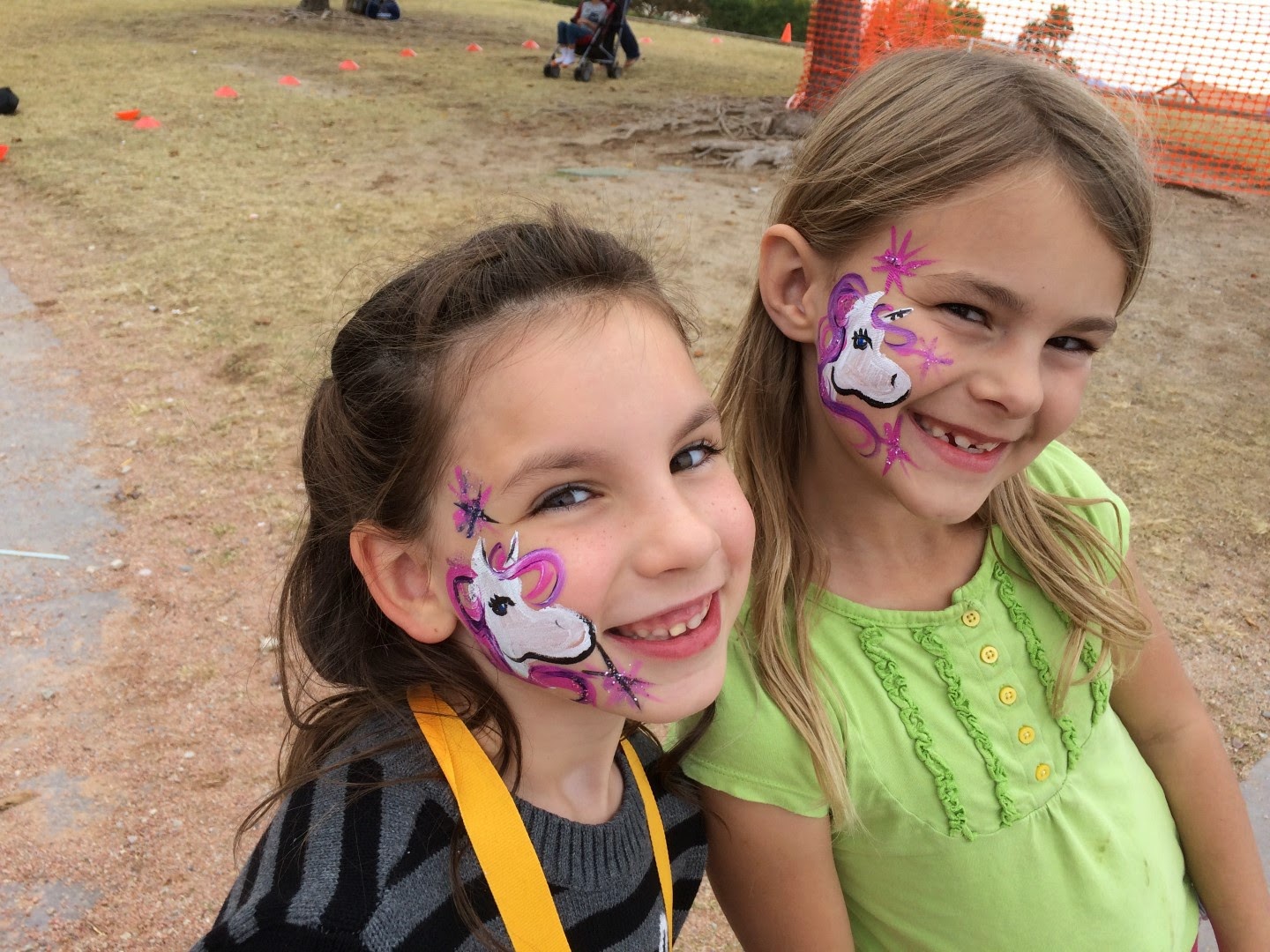 I had some daddy time with Easton later that afternoon.  While in his room I asked him where some lego part went.  He said, "i think it's under my trundle bed?"  I rolled it out and had him clean everything.  This is the contents of all the stuff that he pulled out from there. 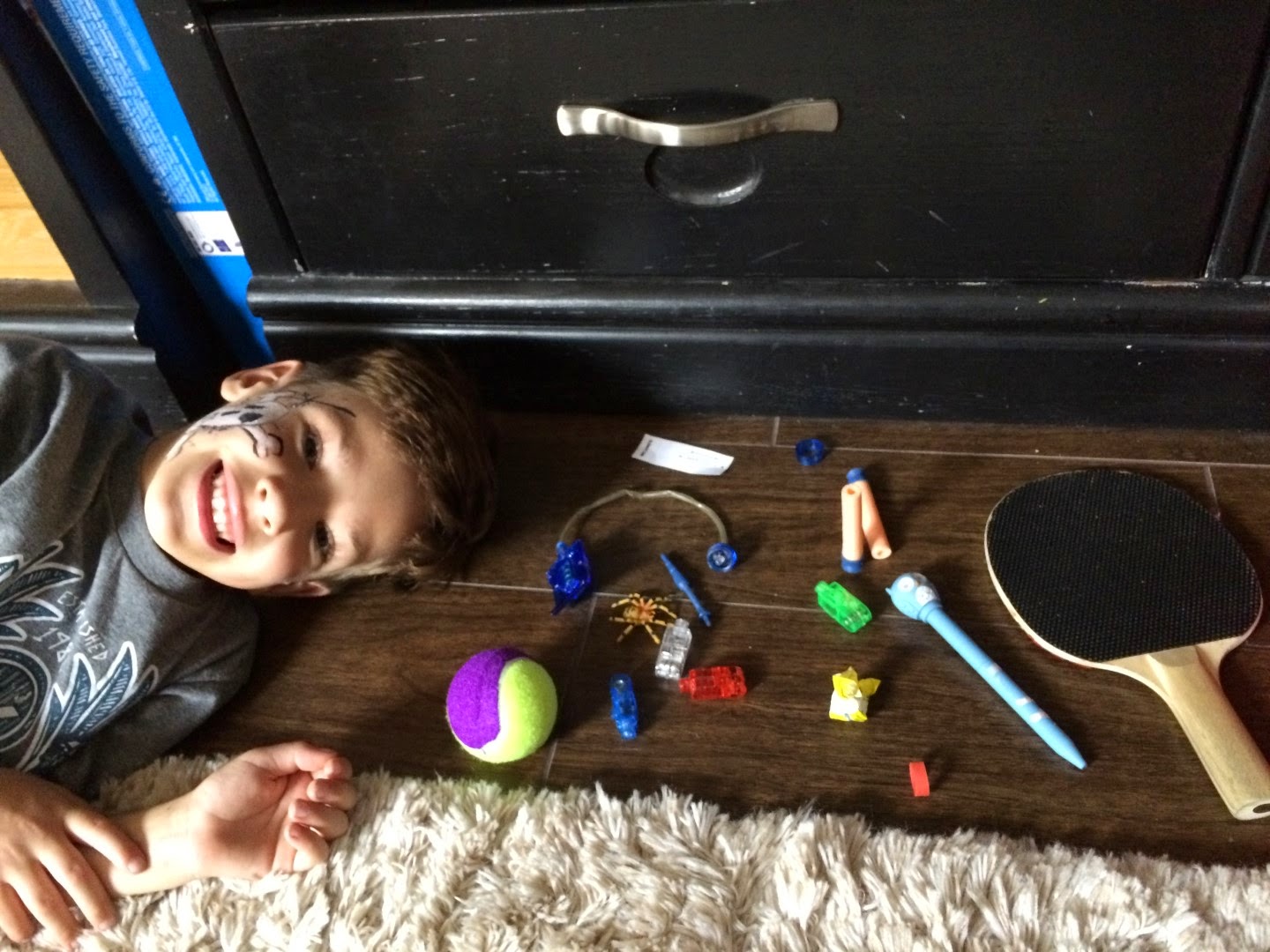 The church leaders held a Christmas party at Pastor's house and we were invited.  The daughter of one of the attendees was hired as a sitter for the twins so we could have some adult conversation and fun.  turned out to be a fun night and a chance to reflect on how excellent 2014 has been.  We are already partied out and the month has only just started!  It's ok because my two-week vacation is coming quickly! 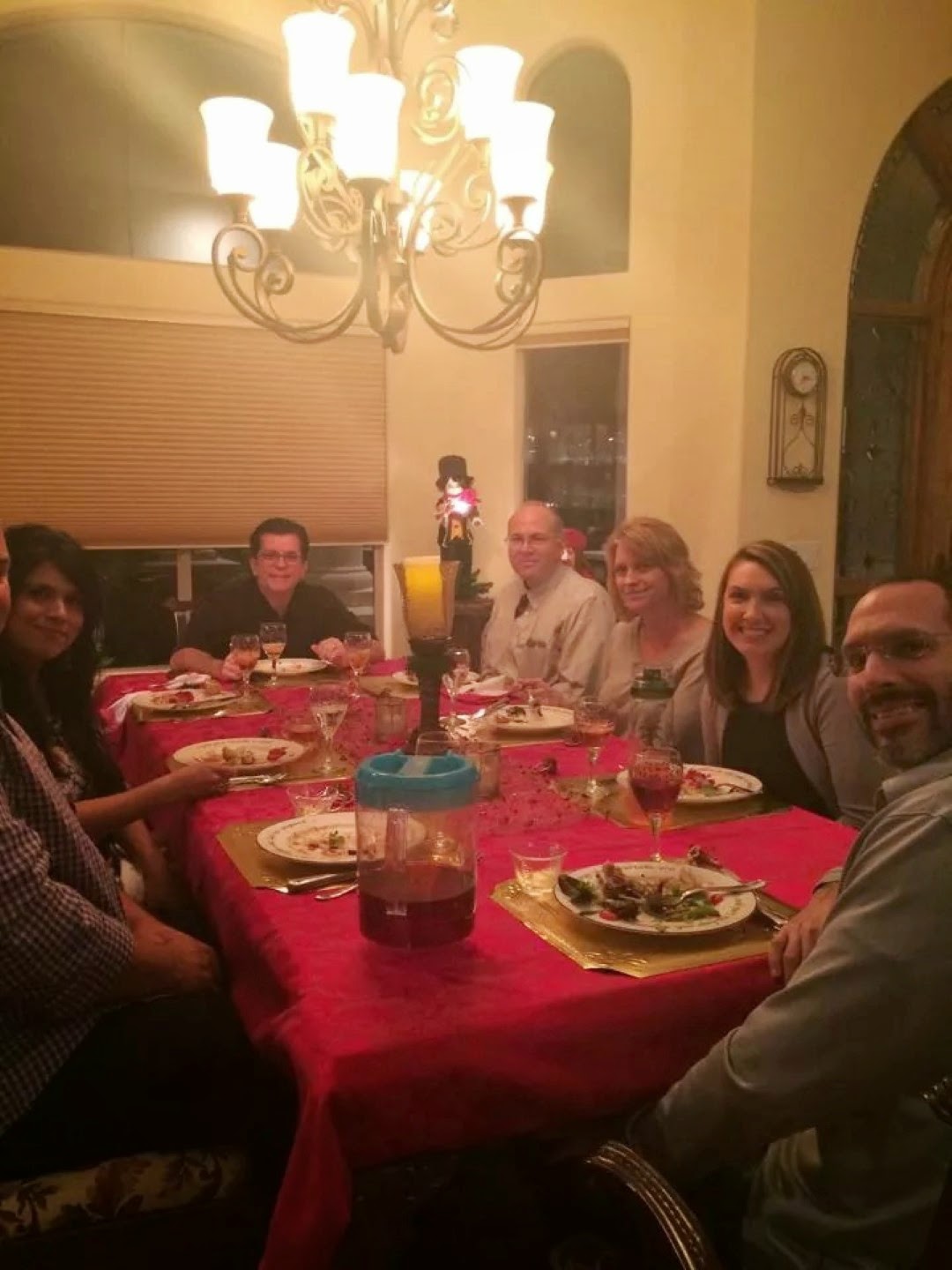