One of my favorite experiences as a father is watching what I call "first experiences".  As an (almost) 40 year old guy there aren't many experiences I get to have for the first time.  I might ride a new mountain bike for the first time, but that's just a variation of hundreds of previous mountain bike rides.  I might try a new new brand of hot apple cider, but it's just a variation of taste.  On the other hand, Easton and Layla get to have first time experiences with things completely outside of what they've ever known before.  These are the moments I enjoy most about being a father.  Experiences such as: walking into Disneyland for the first time, touring a cave, shooting a gun, and catching their first fish.  Those are the real gemstone moments.

As a self-proclaimed computer nerd I've been waiting for a long time for them to be old enough to learn computers.  I don't mean just playing games either.  Any three-year-old can do that.  I'm referring to working on computer hardware and software.  While building up my new machine I let Easton and Layla disassemble and build a few hardware parts.  I gave Layla the cordless drill and directed her with words as she installed the power supply.  There is great value in feeling the click of connecting a cable and the tightening of a screw. 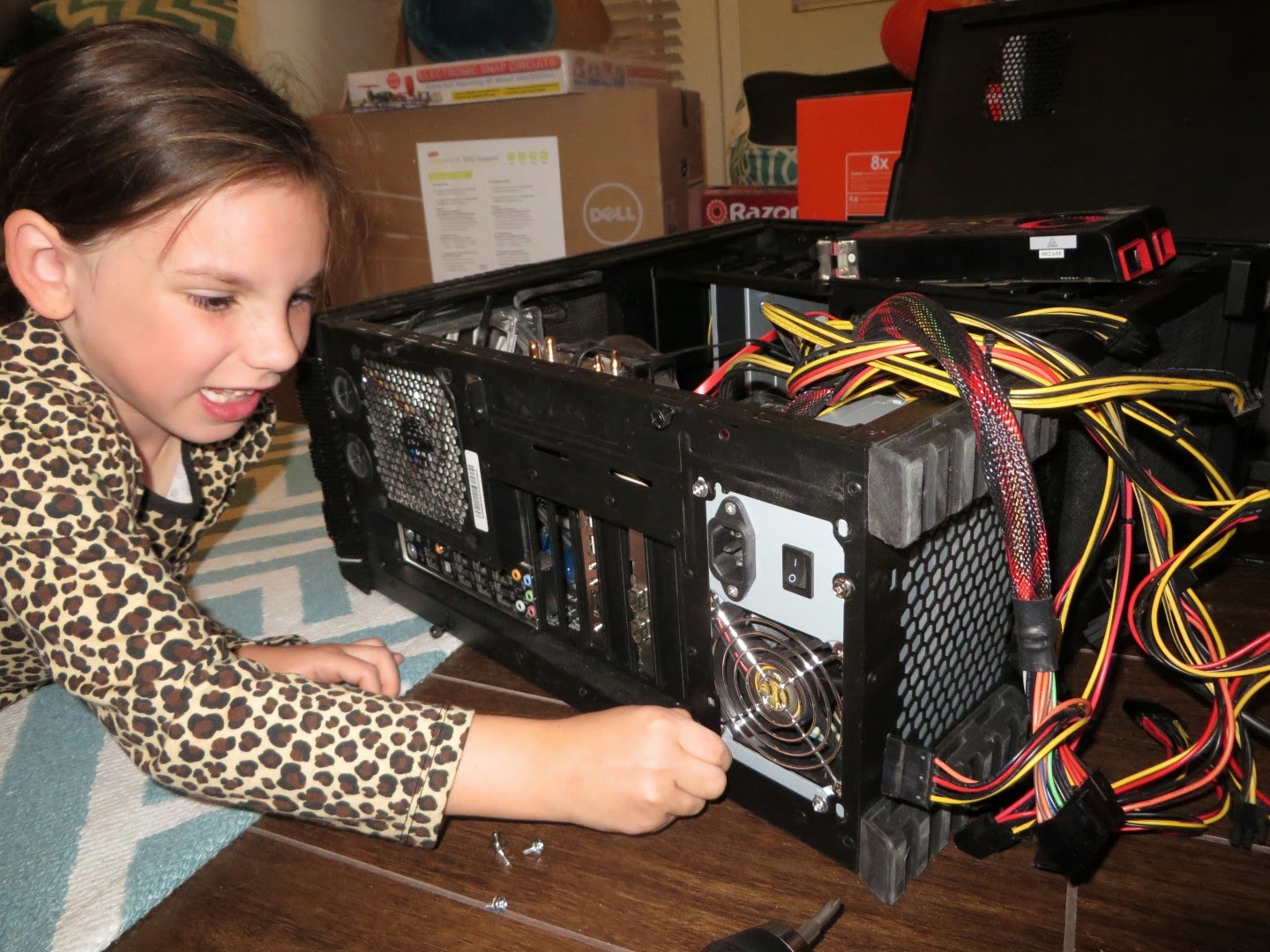 I chose to work with them one at a time so that they each had their own time with me to be curious, ask questions, and poke around inside.  Layla noticed all the pretty colors of the cables.  Easton noticed the shiny chips embedded in the motherboard.  He asked "what does this thing do?" about 20 times while touching different parts of the computer.  That natural curiosity is very healthy and it's my goal to encourage the twins to strengthen that muscle. 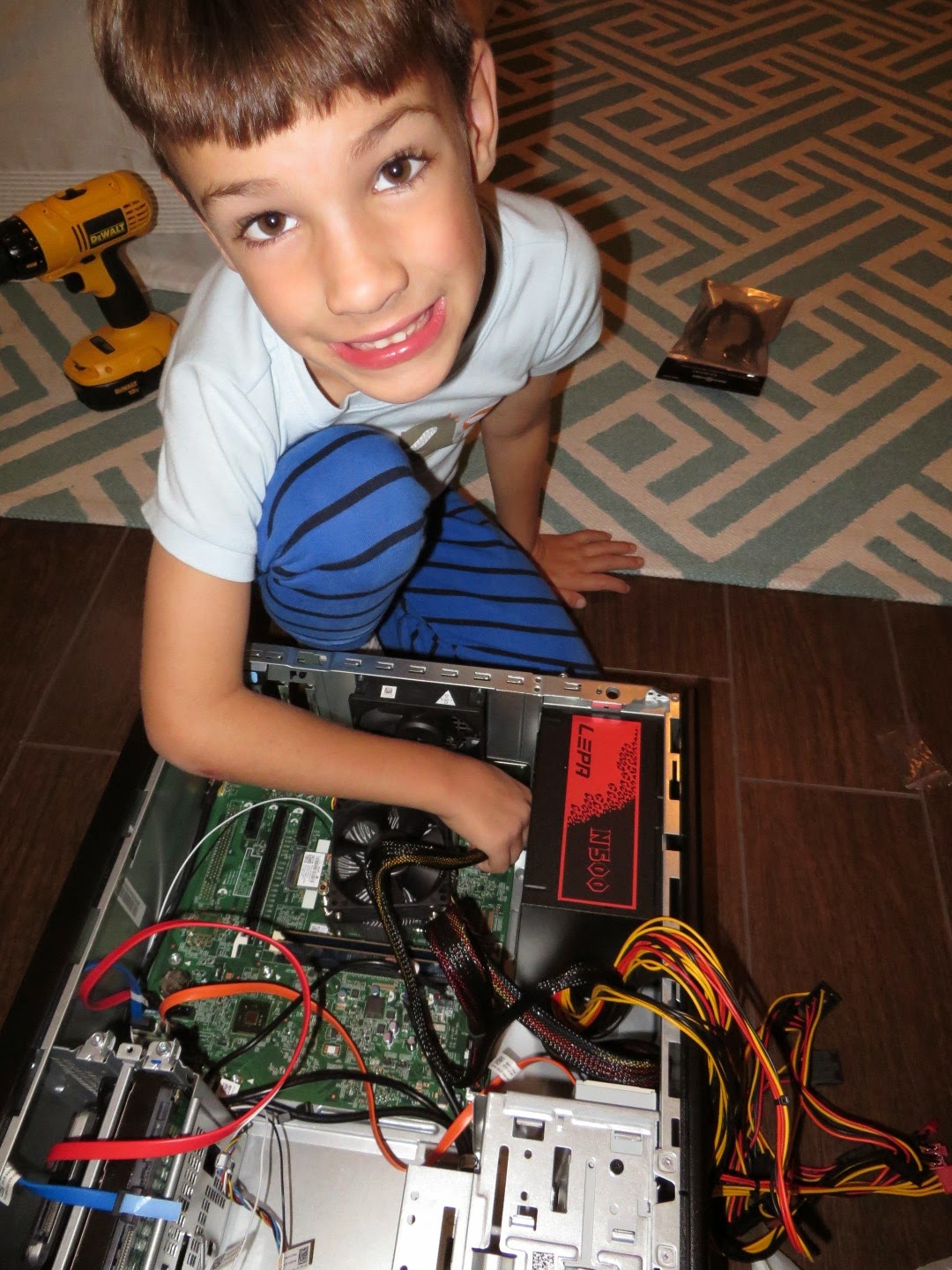 After church I took the twins down to the greenbelt for a quick photo shoot.  Their new clothes are attributed to the black Friday and Saturday shopping we did.  You can tell these are new clothes because they actually fit.  Most of the clothes in their drawers and closets are tight, short, and worn out.  Their growth is not a surprise where we said, "wow, i can't believe they grew?" but more of a slow progression where you don't notice how poorly their clothes fit until you put them in new ones that do. The shocking aspect of this picture is how old they look.  My brain was slow to process what I saw through the lens of my camera and on the display screen.  What happened to my babies and who are these big kids? 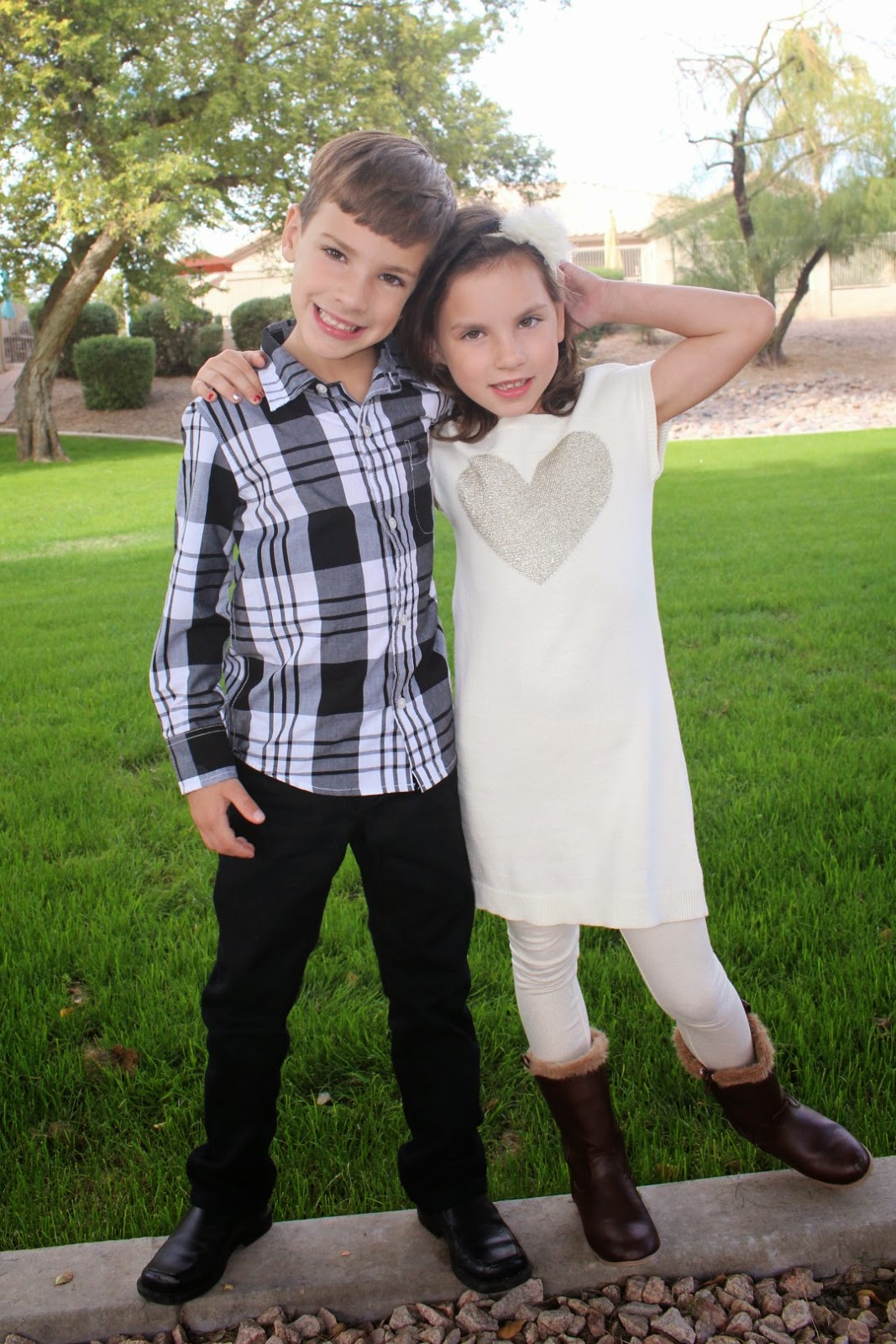 After a few pictures Easton and Layla chose their own poses.  This one was Layla's idea: 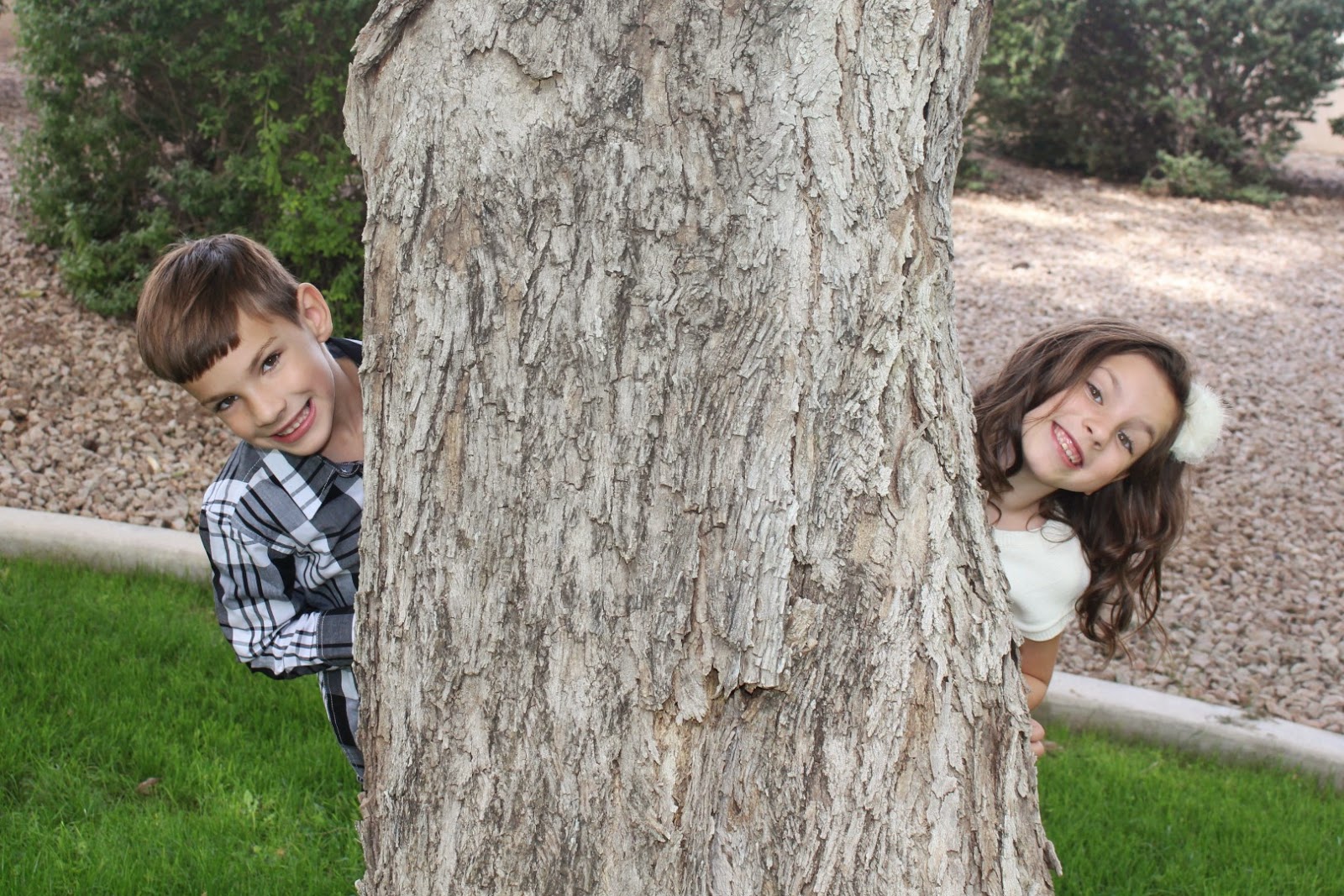 and this one was Easton's idea.  Their cool factor is gaining momentum almost daily. 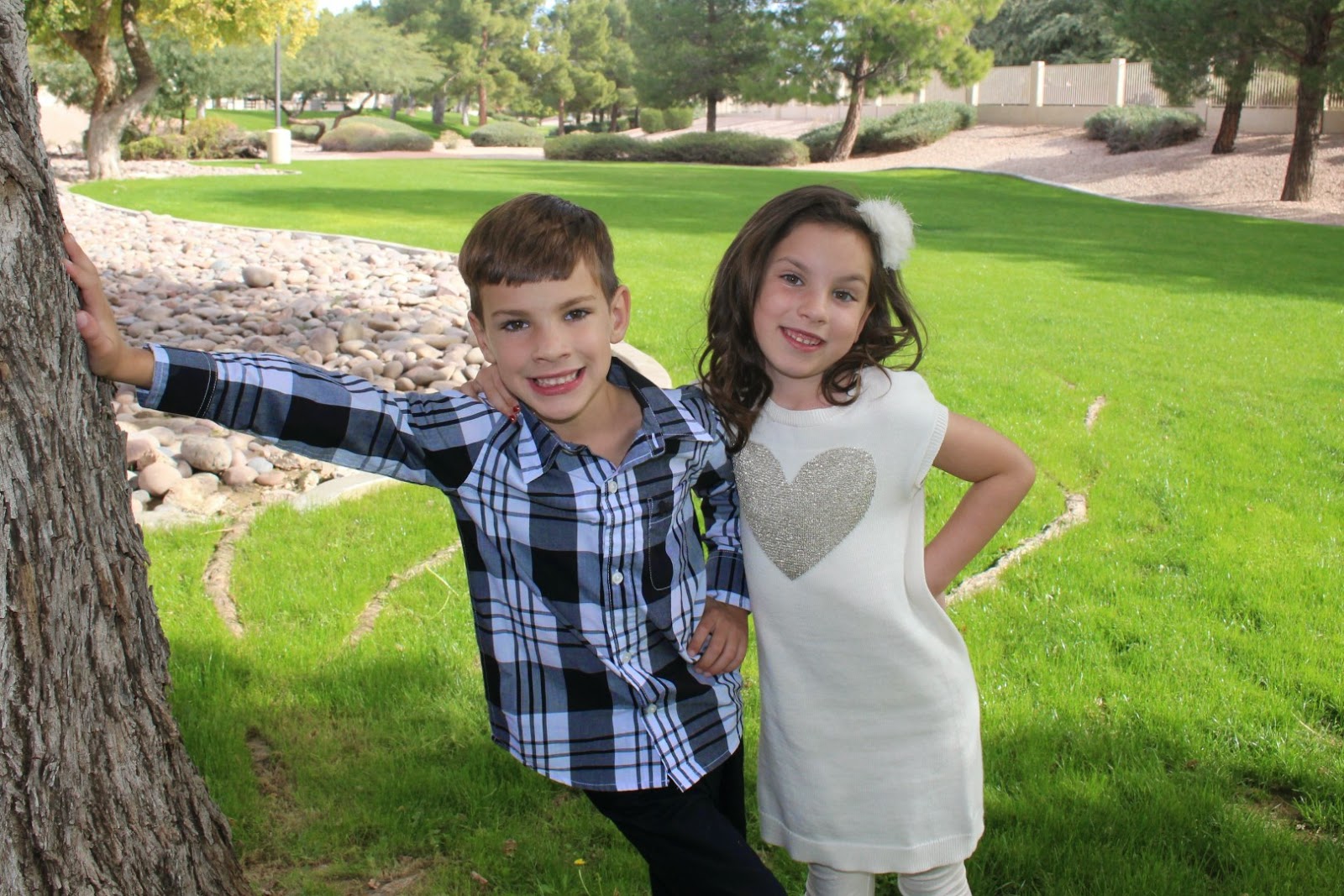 There are some aspects of their lives where I view them as far beyond their years and others where they are far behind.  Every parent has an expectation of what normal is for each age.  They still require training wheels to ride their own bikes.  Layla still wears pullups at night.  Easton still sucks his thumb at bedtime.  Those details are different than where I thought they would be at almost seven years old, but I'm not worried.  If everything was exactly what I expected then there would be no joy in the experience.  Treating them as individuals and valuing them for who they are has always been a big focus for me.  We are all learning as we go!

I am thoughly enjoying the blog and pictures! It gives me a sense of being there but not close to the same as being able to laugh and hug everyone. Love ya gobs, MOM