It's time to play some catch up on the blog posts.  Last weekend was Layla's first ice skating recital/program/routine or whatever it is called.  I've been watching her practice this for several weeks at the end of each weekly lesson she attended.  She was blessed with a whole crowd of supporters to cheer her on.  The 3 Webbs, Ouma and Oupa, Uncle Logan and Aunt Bree, and even Alan and Denise who are our friends came to watch.  The whole thing lasted about an hour long, but our Layla was out on the ice less than two minutes.  hey, you have to start somewhere, right?

Prior to the performance, Kendra helped her backstage with all the other ice princesses and moms. 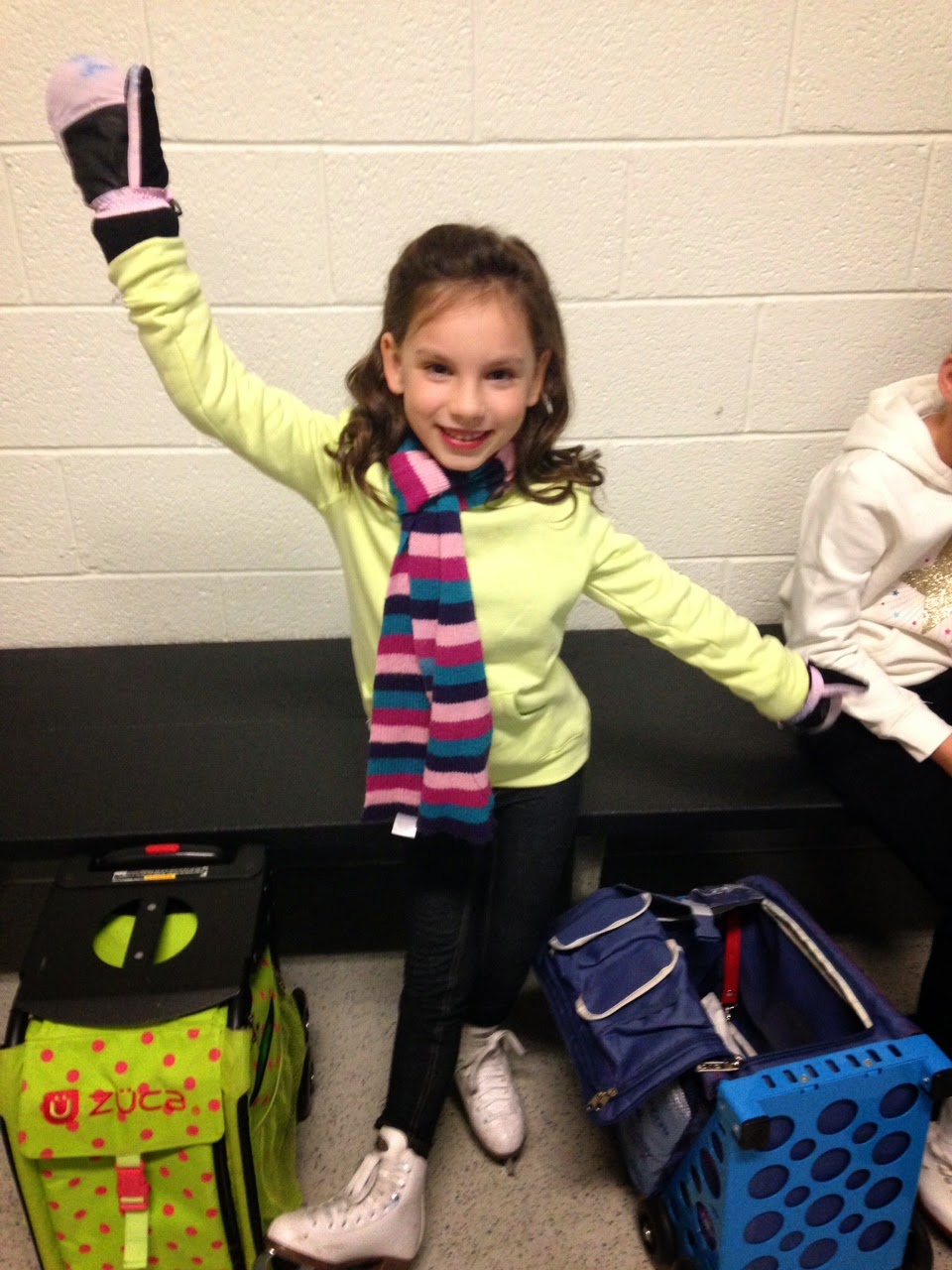 Easton and I followed the order of performers with him reading each name and song title.  He does well with a "you are here" map and an idea of where we're going.  Layla took the ice and shined like the star we all know and love.


After it was over we congratulated her as if she had just won an Olympic gold medal.  Alan and Denise were kind enough to bring flowers for her! 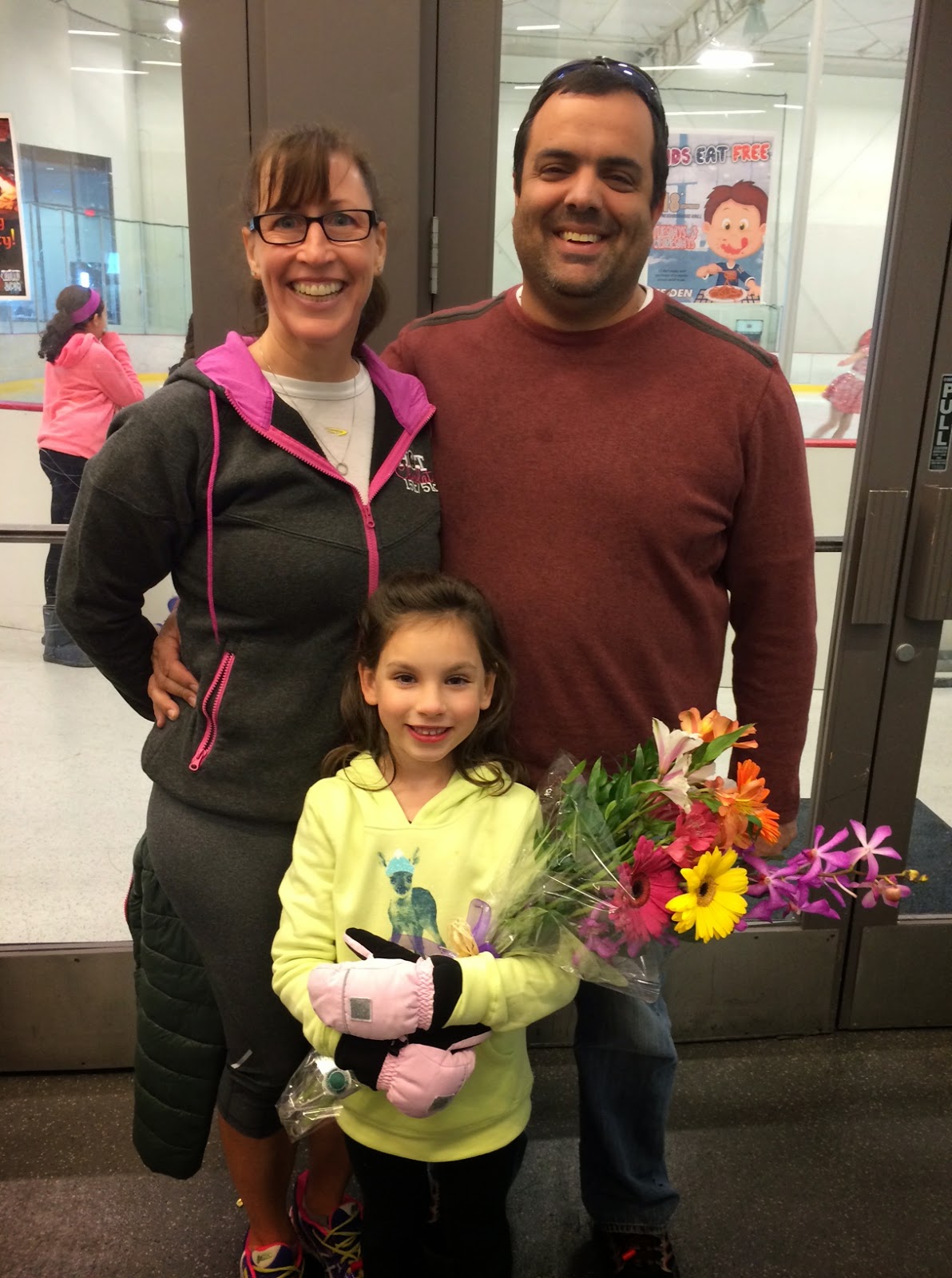 This being our first event like this we were not prepared so it worked out perfectly for them to bring flowers for her.  As we were leaving the building Layla was on cloud 9.  She said something like, "I never want to stop ice skating!  I want to do this forever!"  Her passion for it is incredible.  We are very grateful to Aunt Mary for providing the funds for Layla's lessons.  The only thing that would have made the experience better would have been for Mary and Joel to be here with us, but the timing didn't work out.  There will be a next time and we look forward to them coming to visit this winter.

Oupa was able to make it into town just in time to see Layla's performance.  At home we were well prepared for him to hang out with us for a few days.  Layla and I created a sign for their bedroom door to welcome him to the festivities. 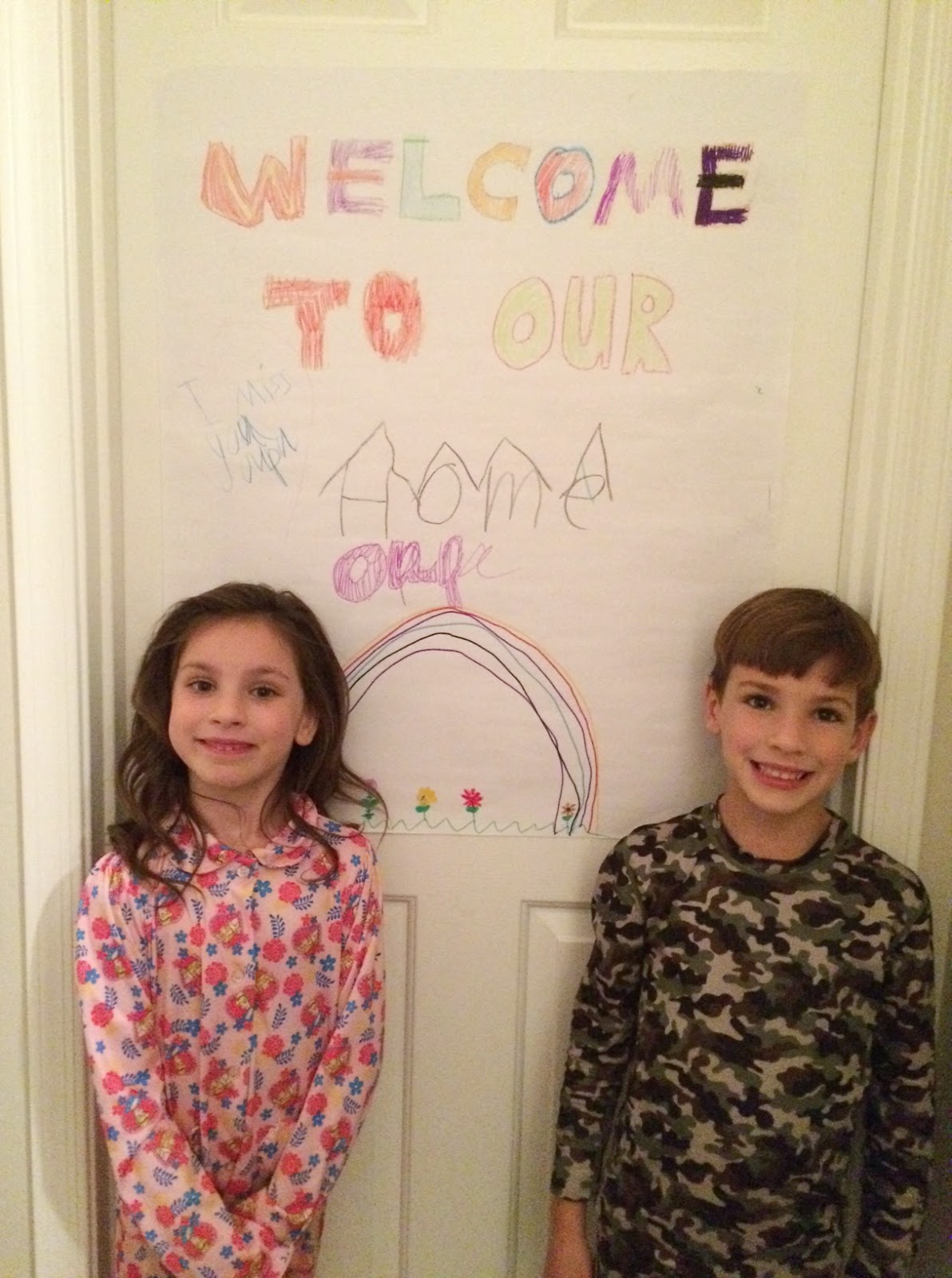 The day after the ice skating performance was Sunday.  Easton and Layla were on the main stage at church dancing and singing their hearts out.  I think the twins stole the show, but that is probably just the bias of a father.  Easton was a little too focused on the large TV at the back of the church that showed the camera view of the stage.  Basically he was looking at himself on screen.  Not in a narcissistic way, but a wonderment of technology kind of way.  I asked him afterwards and he said, "I could see myself right there following every move I made!"  Layla made use of all those XBOX 360 "just dance" games she's been playing for months.  Stars in the making...


I was completely unprepared with the proper camera so this video is all the footage I have of it.  there are a few good pics i have from Layla's ice skating and I'll post those tomorrow with my next catch up day!  only two more days this year so i'm determined to go into the new year with a clean blog slate.