Kendra and Ouma are gone for 48 hours with 60 women to a retreat up in the mountains.  I invited a few other dads with kids over to my house for a BBQ dinner.  Easton and Layla knew the kids, but hadn't hung out with them outside of church.  The friends came over and that's the last we saw of the twins.  They all headed straight to the hot tub and played for over an hour together.  It was as if they were best friends from birth. 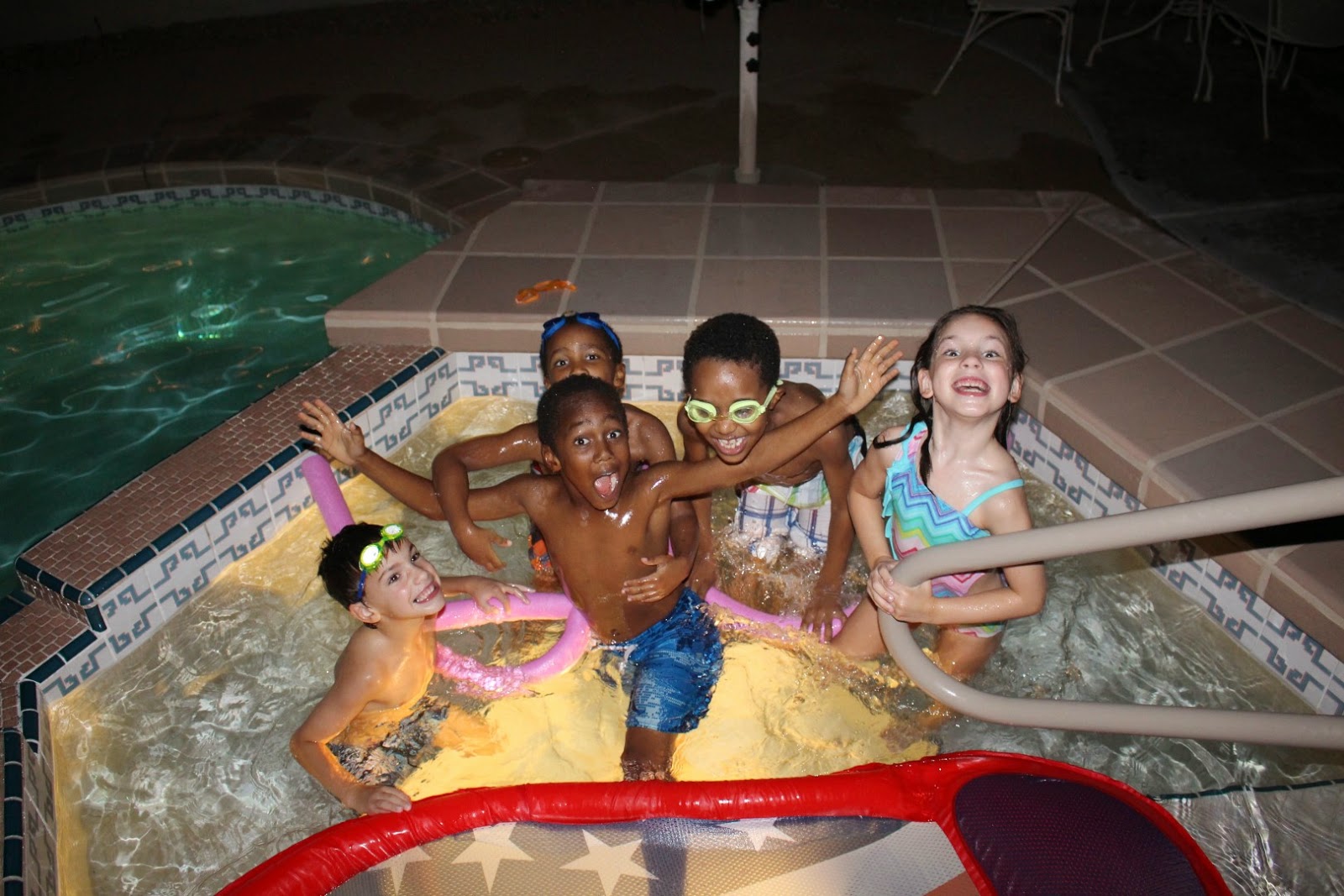 After we called them in for dinner they all dried off in the patio.  Easton shouted, "group hug!" and they all came together for a hug. 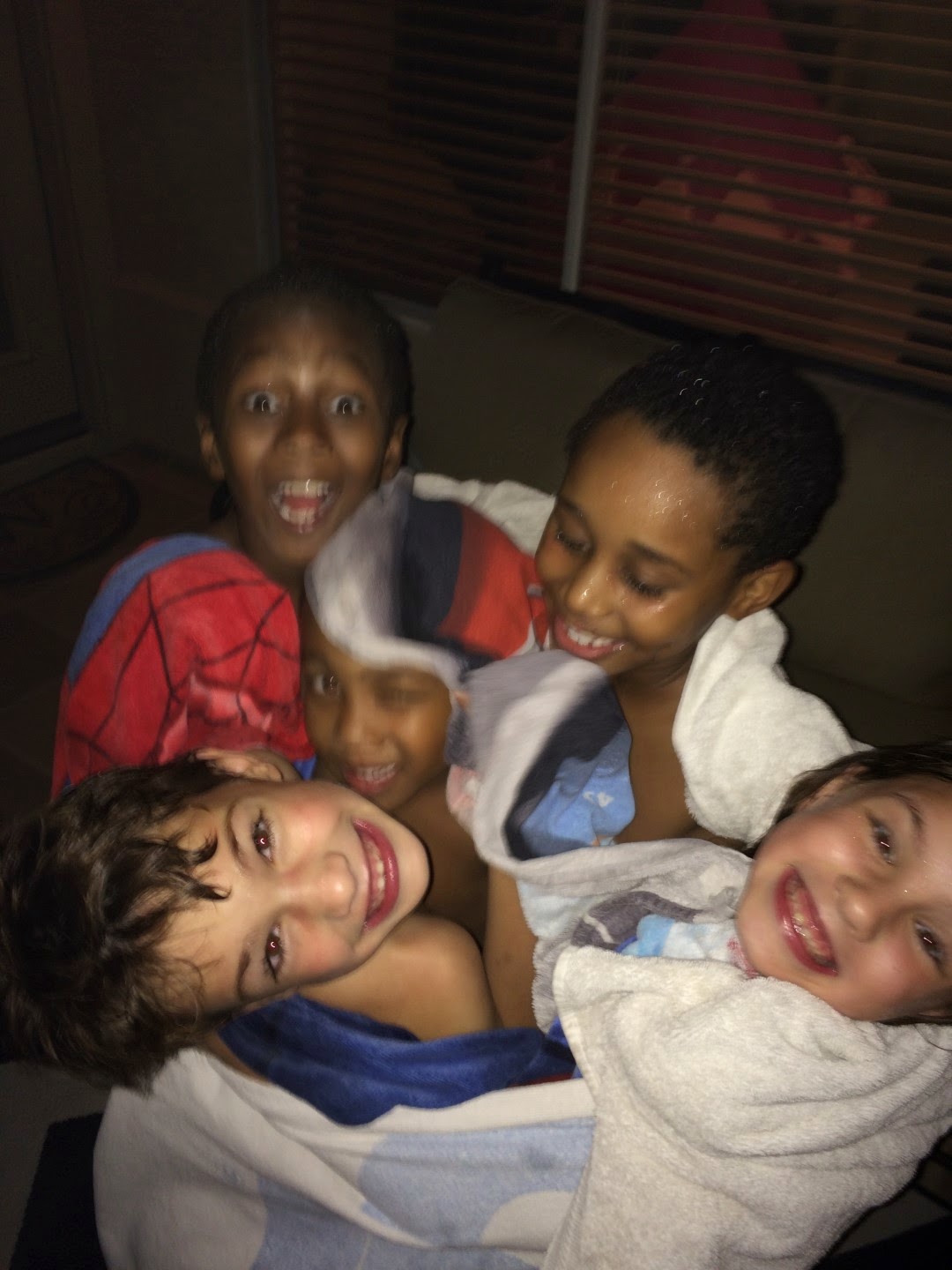 After dinner they sat on the couch to wind down for bed time.  This was a rowdy crew for sure.  All of them were hyped up and laughing and talking loud.  None of us dads did anything to reduce their excitement because they were just kids having fun together.  Our house is not a museum.  We let them roam freely and be as kid-like as they want.  when I think about fun memories of my childhood, not a single one of them is from a time when I sat still and quite (adult-like) with my group of friends.
My proudest moment of the night was watching them play completely colorblind.  They don't see these wonderful friends as "black".  They don't see them as anything other than just friends.  At school they learn along side asians, east indians, blacks, mexicans, and every other nationality you can think of.  I thought back to my own childhood as I proudly observed the colorblindness in action.  My town growing up was not culturally diverse and therefore neither were my church or school or social interactions.  There was no hateful speech about non-whites growing up, but there were also no discussions at all because there were no touch points with any other race or color.  I was able to form my own conclusions and appreciation for people of color once I moved away.  I have no prejudice and I'm extremely happy the twins don't either.  This is what colorblind looks like. 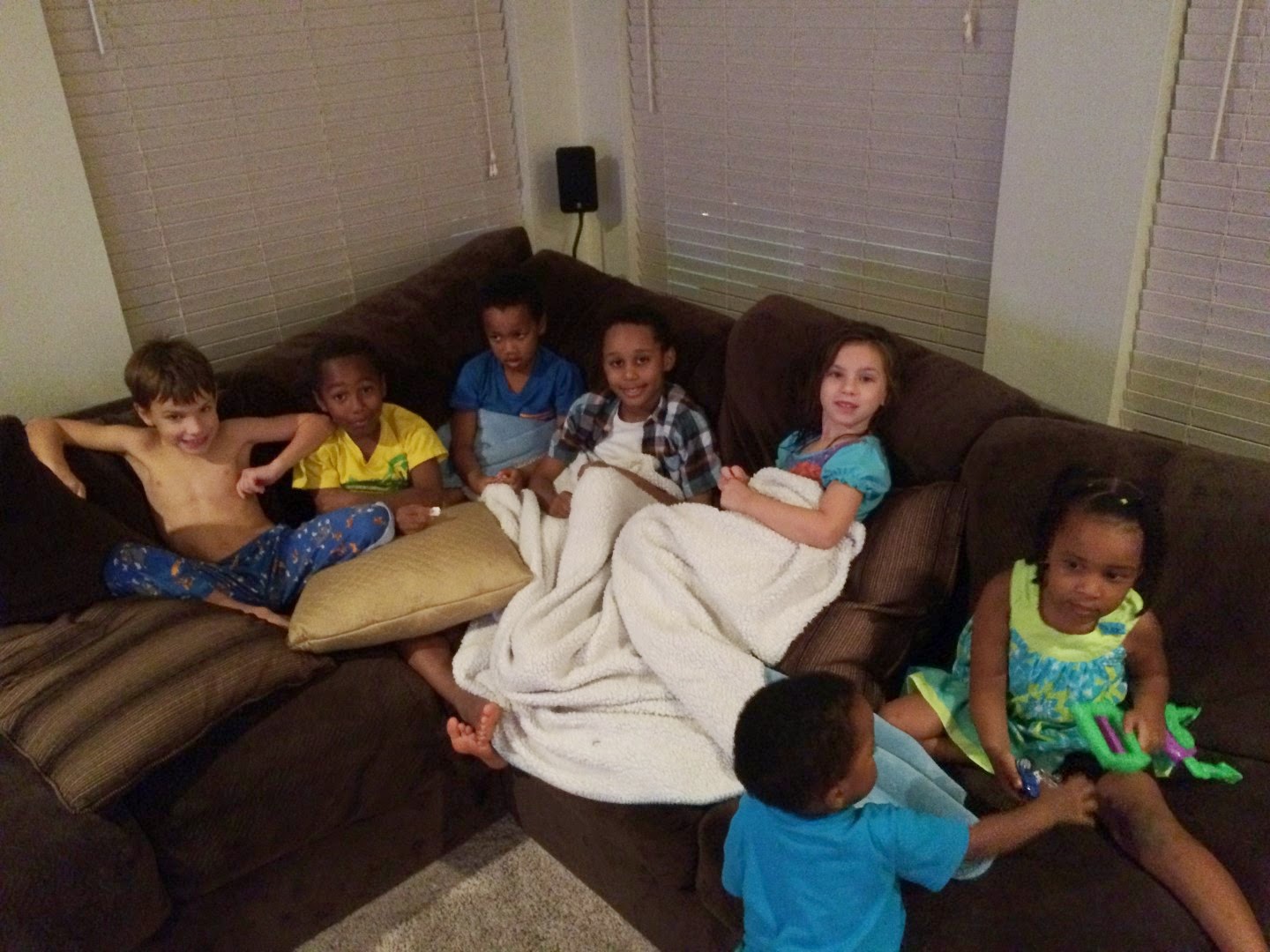 At Kendra's retreat she is responsible for 10 of the ladies in her cabin as the leader and she's speaking to the women at one of the sessions.  The topic she's going to address is marriage.  More specifically how she made it from almost divorcing me to being best friends, lovers, and ministry partners. What a story she has to share...  I'm excited for the breakthroughs for those ladies who are struggling in the same place Kendra was.

Anyway, Kendra and Ouma's trip out of town means Daddy is at the helm.  Easton had a tooth pulled and a square metal spacer inserted where the tooth was so his adult tooth will have room to grown in whenever that happens.  He missed Thursday, but went to school with Layla on Friday.  He's a real trooper when it comes to pain tolerance.  Kendra has some pics and vids of his trip to the dentist, but i haven't seen them yet.

Kendra cut her hair.  She's never had it short in the 14 years I've known her.  I had no idea she was going to cut it until she called me on facetime at work.  Apparently this look and saying "hmmmm..." was NOT the right response. 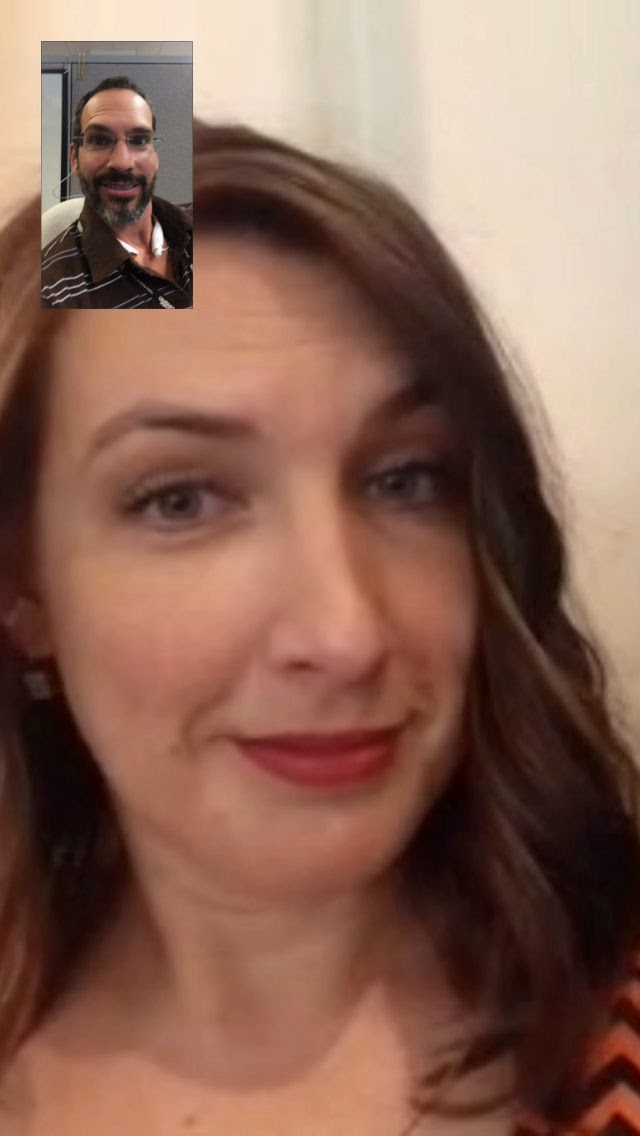 I really like it.  seriously.  The color is what I prefer and she looks great with shorter hair.  I'll have a better response next time she gets it cut, but for now I'm still digging out of the hole I created when she first showed me.