One of the days of family vacation in Missouri was spent in Branson at Silver Dollar City.  This place is affectionately known as "Steal Your Dollar Silly" because it's an amusement park with high priced everything.  I choose not to calculate the total cost of these outings because I'd do it all over again even if it were twice as expensive.  There are only a handful of pictures from the last 20 years with my brother, sister, and I all three together.   This is one of my favorites. 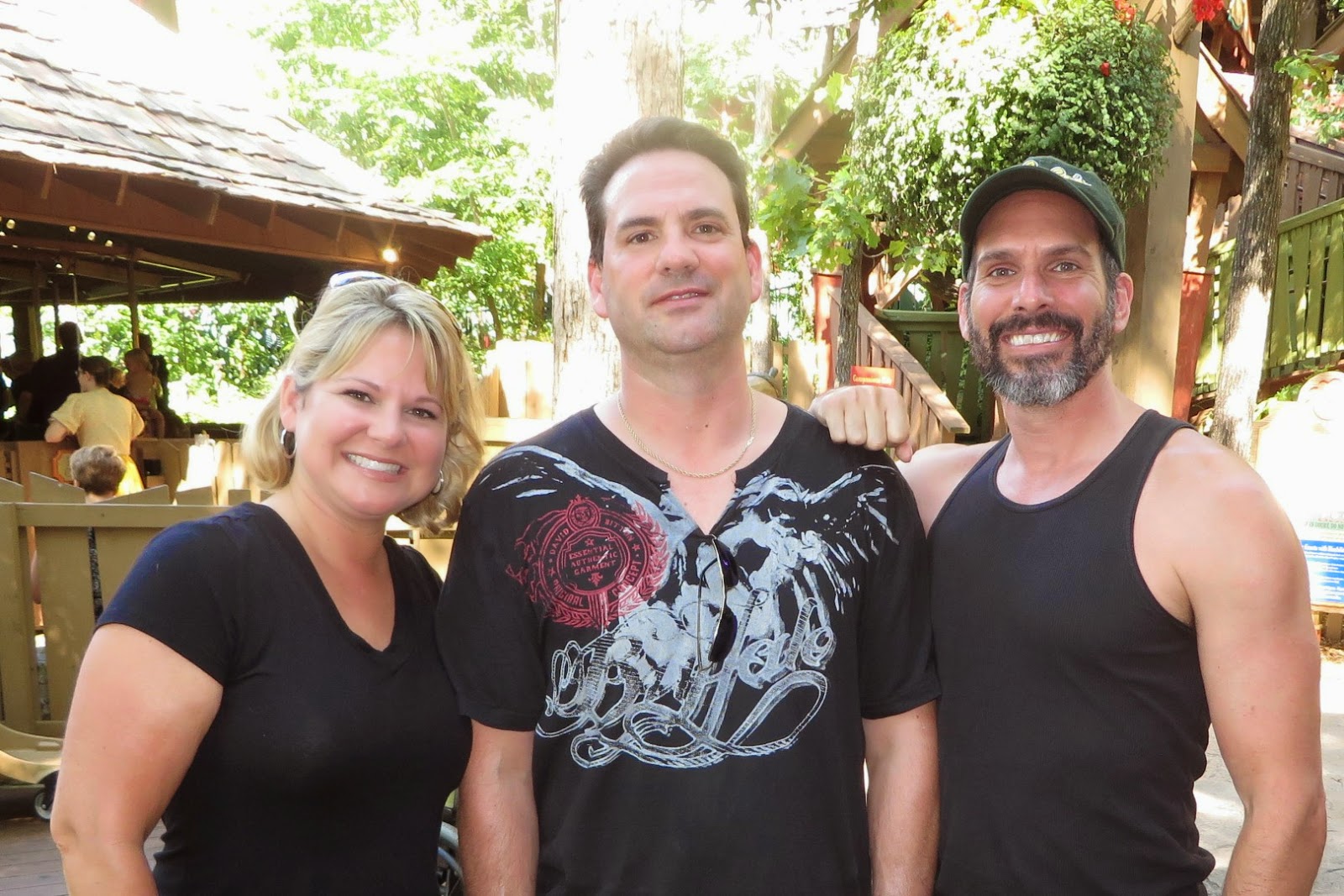 That rare moment of isolating the three of us will continue to be rare because we all have families and kids who are included in every other moment besides that one.  For example, the ride on the tram from our car to the park gates was an adventure on its own. 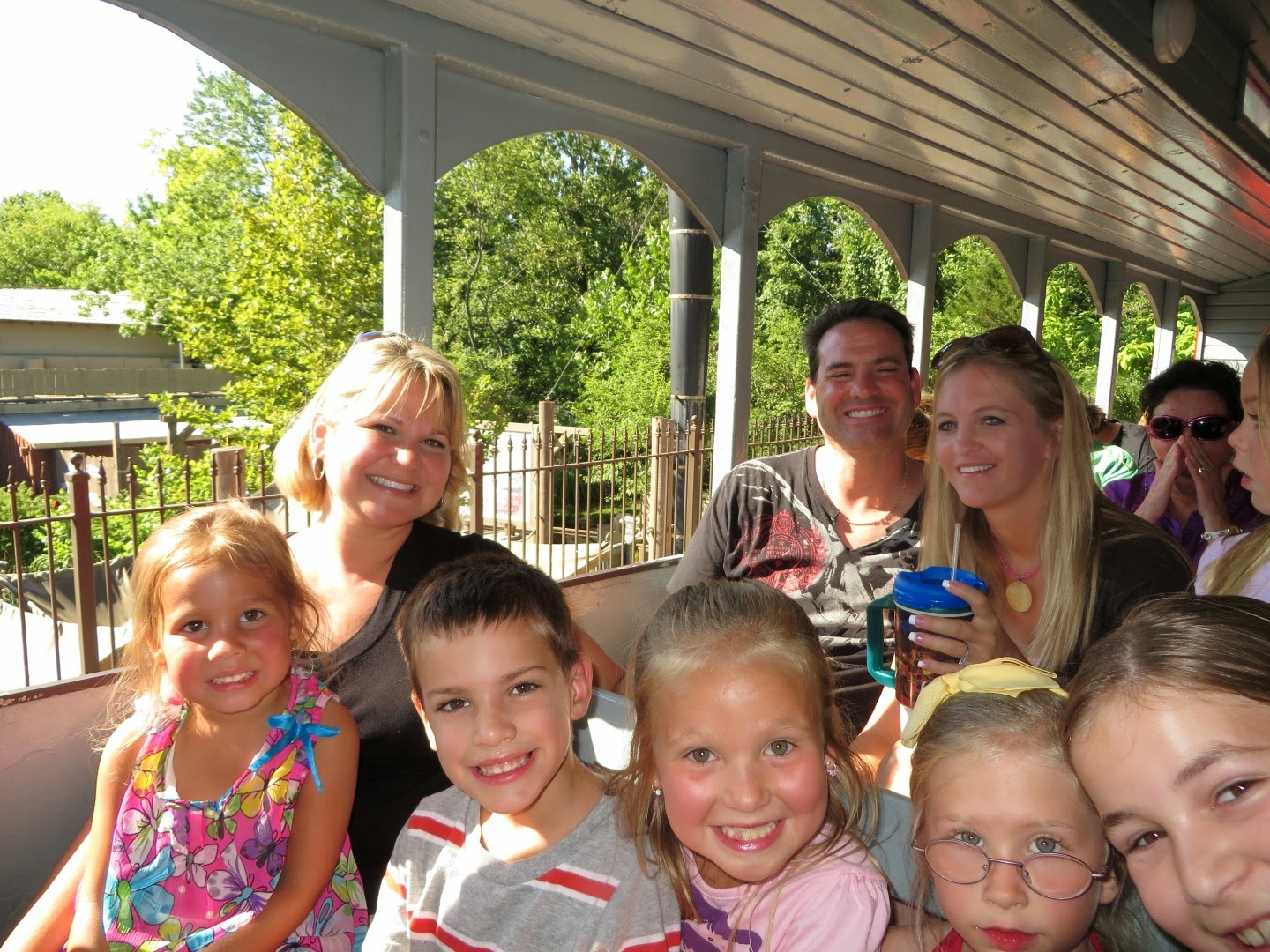 Layla sat right behind me next to Piersyn, her newly grafted cousin. 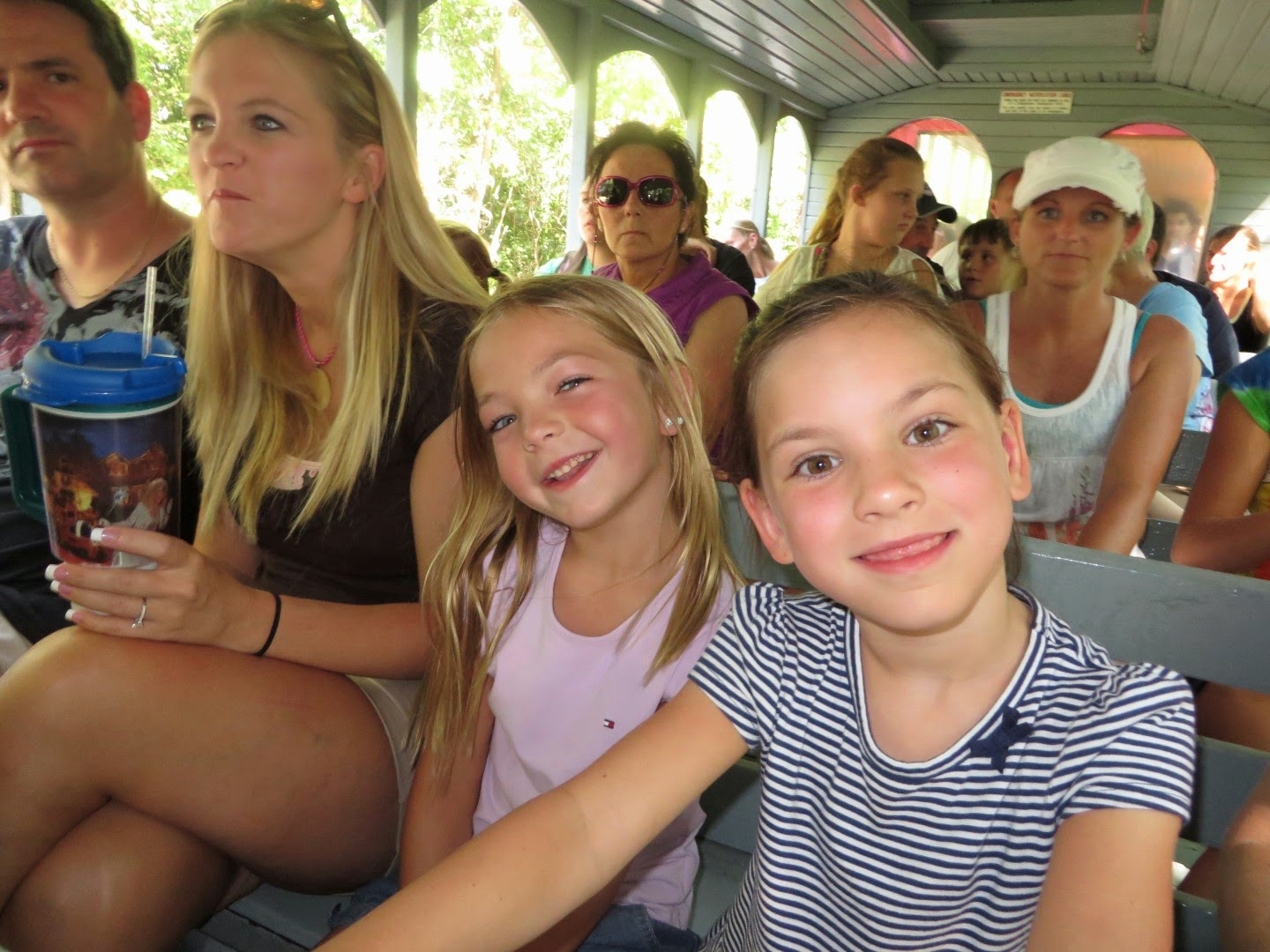 The hillbilly, last-century nature of the park provides some unique situations.  Easton and Layla are pretending to locked in the stocks.  The sign between them says, "troublemakers, malcontents, and lollygaggers!"  If I had to guess, I'd say the twins were both in the stocks for being lollygaggers. 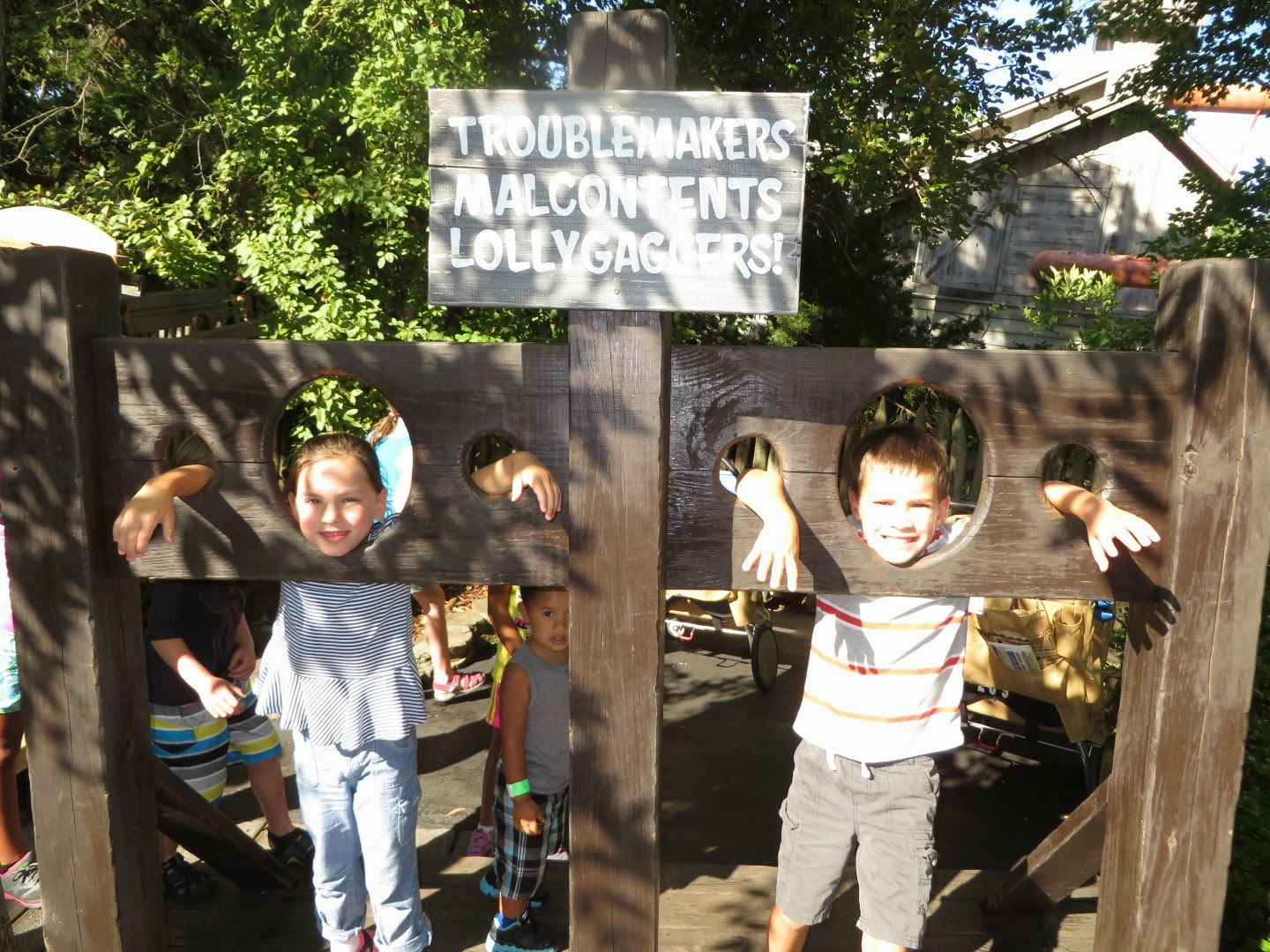 The day was hot enough to make the water rides enticing.  This ride has laser guns that shoot targets throughout the pretend jailhouse that activate animated objects.  The whole gang of us rode through laughing at all the funny sights. 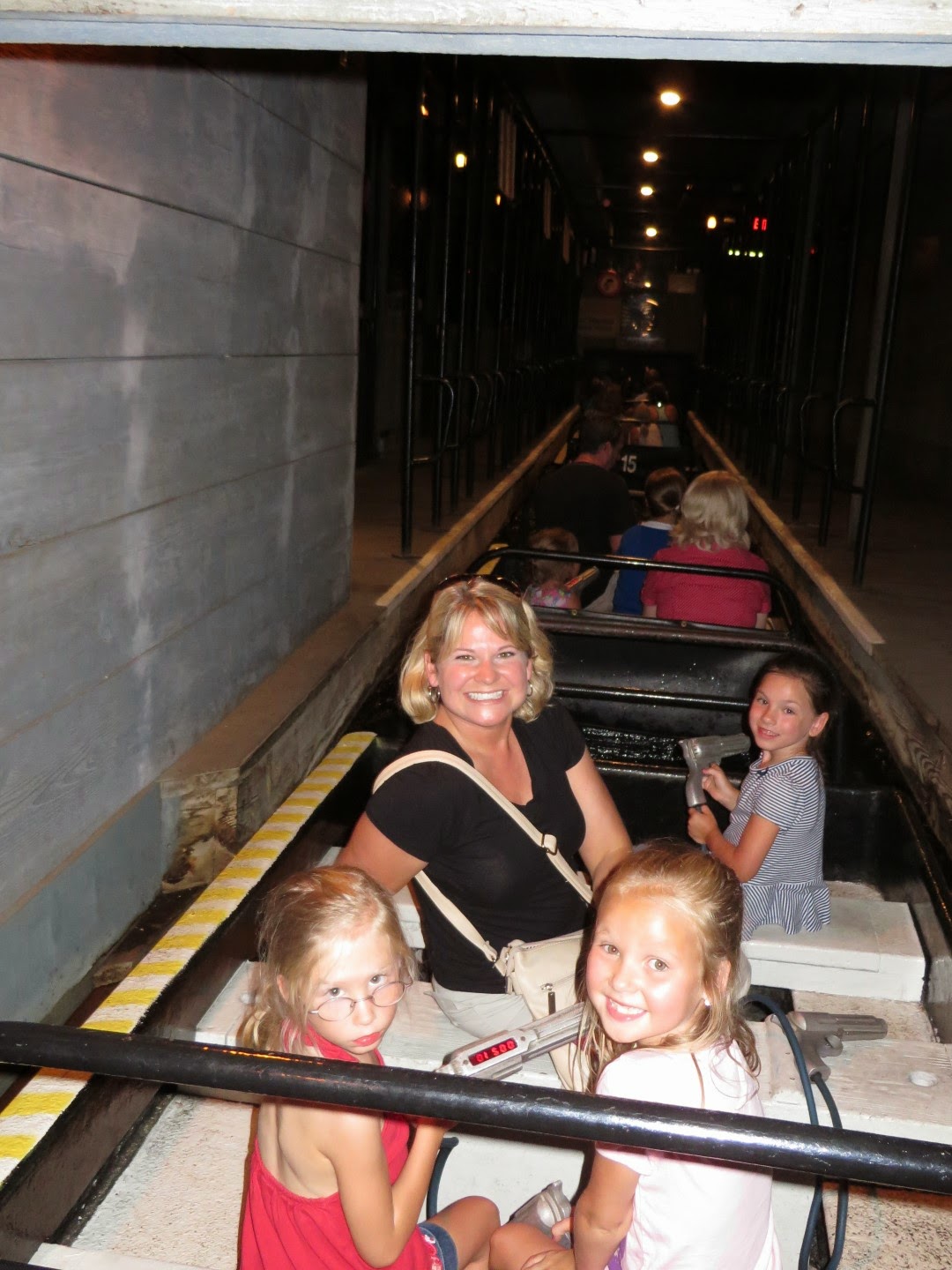 Layla's favorite ride was the swing.  It raises up high, then spins around in a big wobbly circle.  The gravitational force was intense for a kid ride. 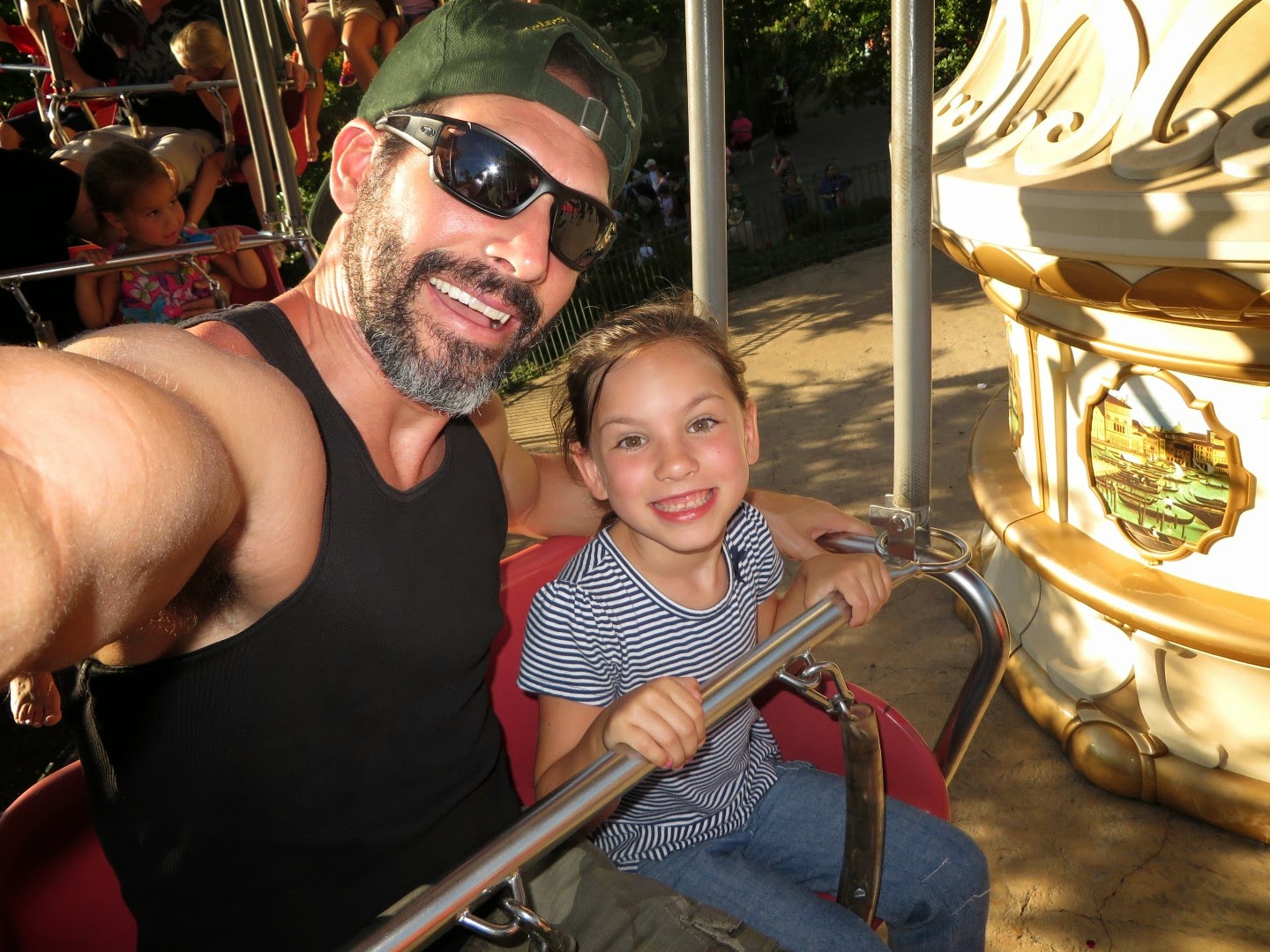 I misunderstood the minimum height required to ride alone, but luckily Kendra was just around the corner and jumped in to save the day.  Easton rode with her smiling the whole time.  As we talked on the way home he said this was like the scene in Rocketman where he was testing on the g-force simulator.  He said this was his astronaut training. 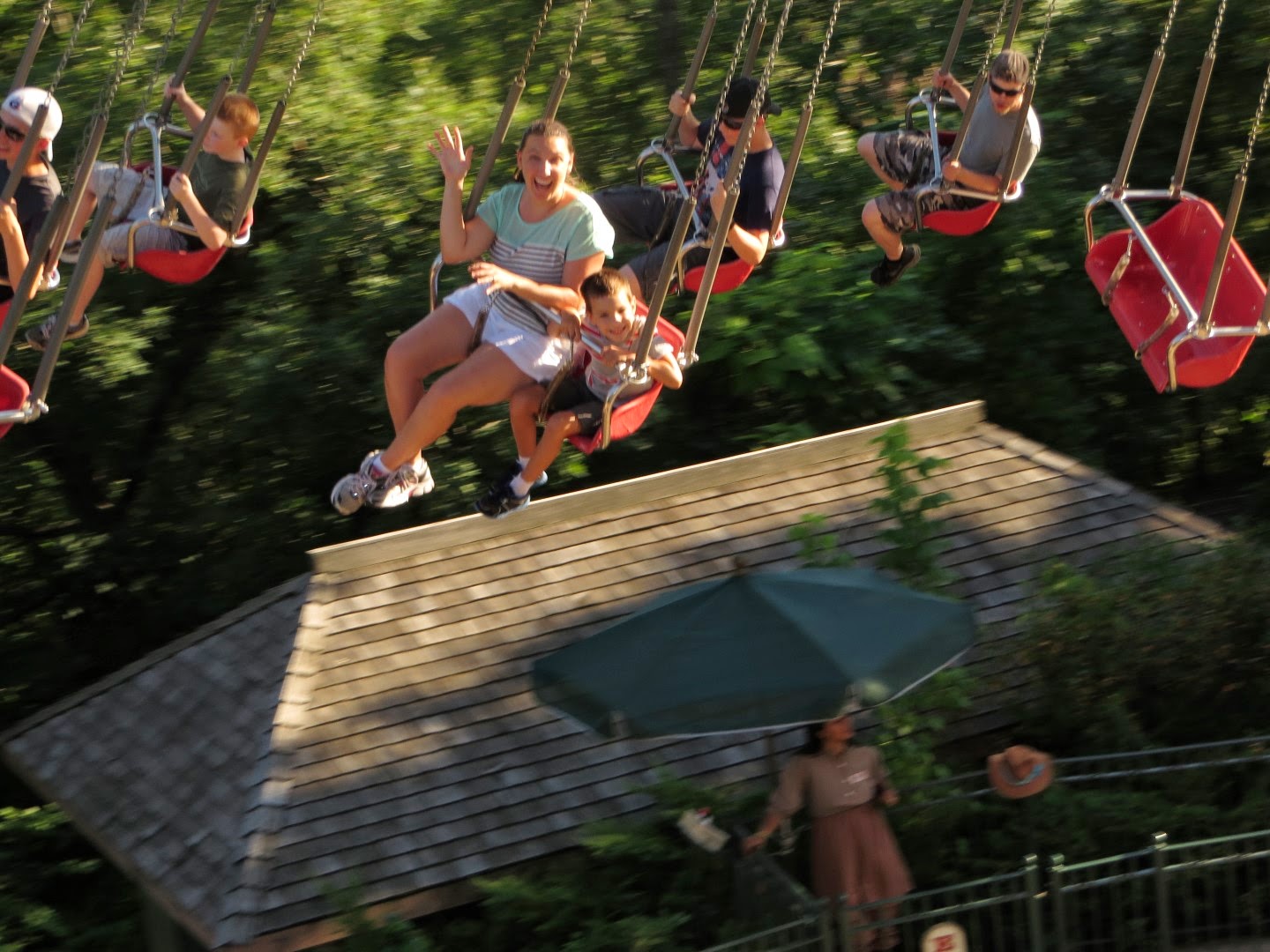 My favorite part of the experience was walking through Marvel Cave.  The wait wasn't too bad and the 60 degree temperature deep down in the ground was refreshing. 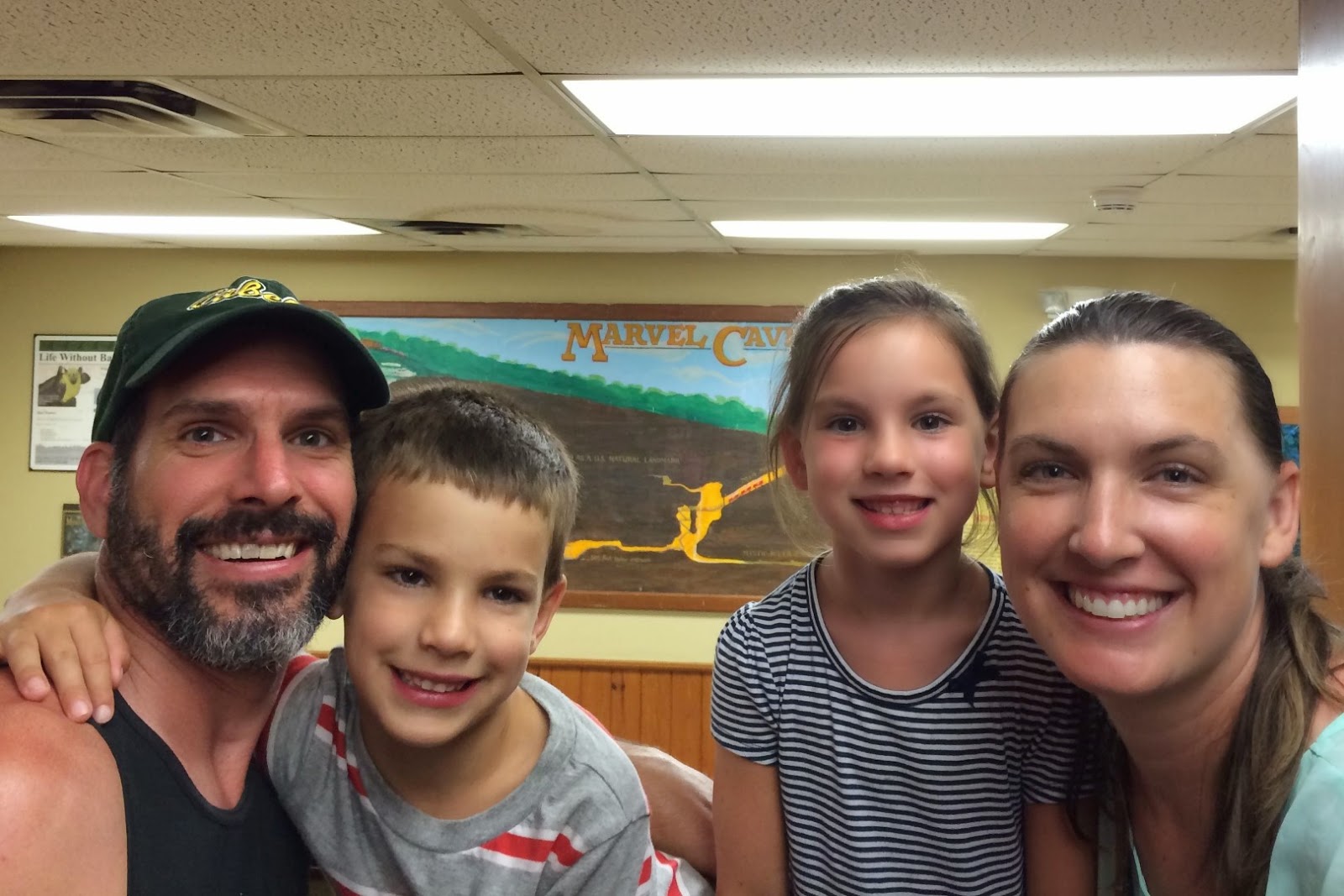 My back is healed enough and strong enough to walk down 500 steps and up 200 steps.  Thank God for health and healing!  The 4 Webbs were at the front of the line, right next to the cave guide, the entire time.  We asked all kinds of questions and learned so much. 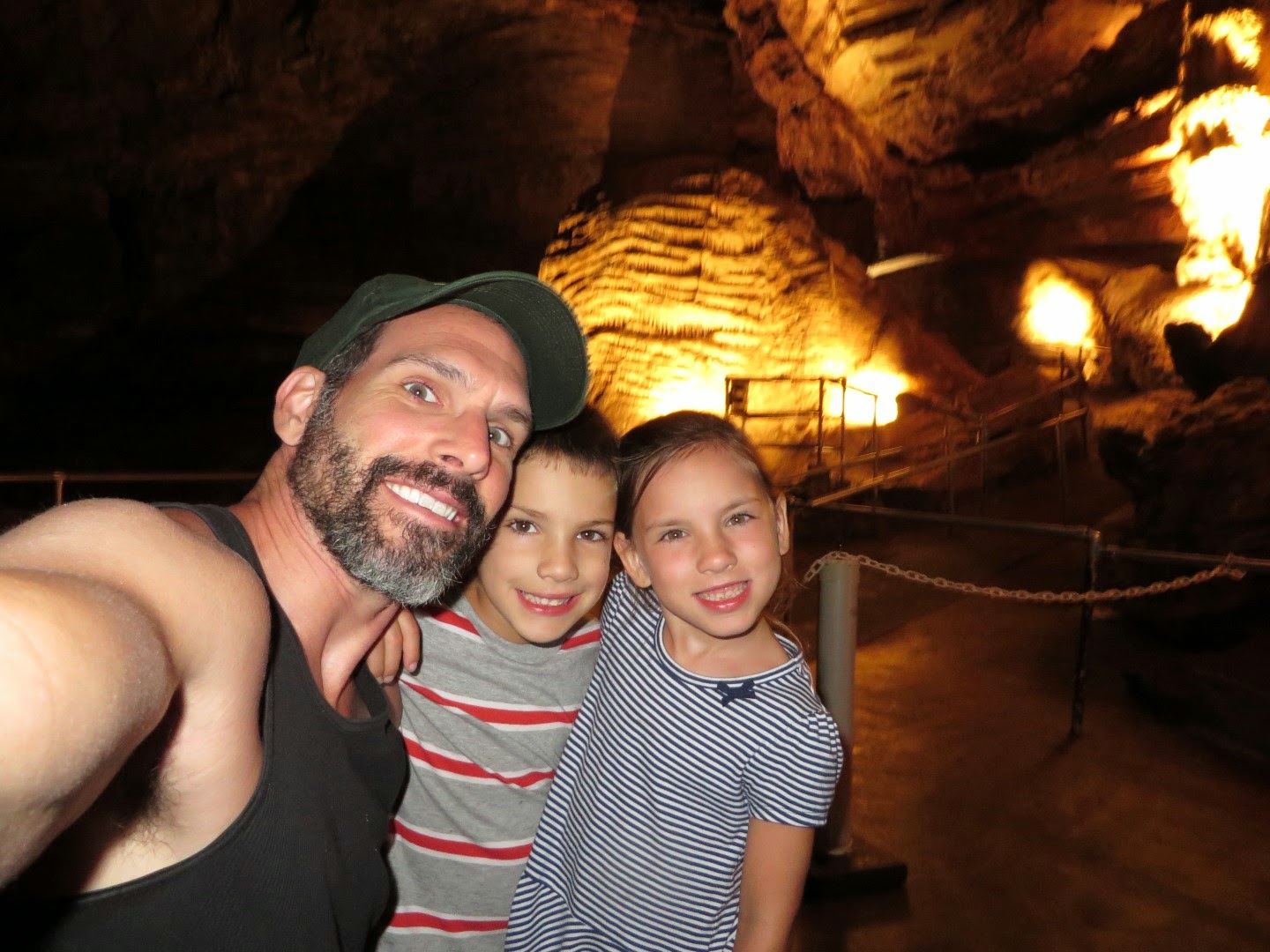 There is a waterfall deep in the cave.  It seemed like the most romantic place to take a picture so I grabbed my one and only for a picture of us. 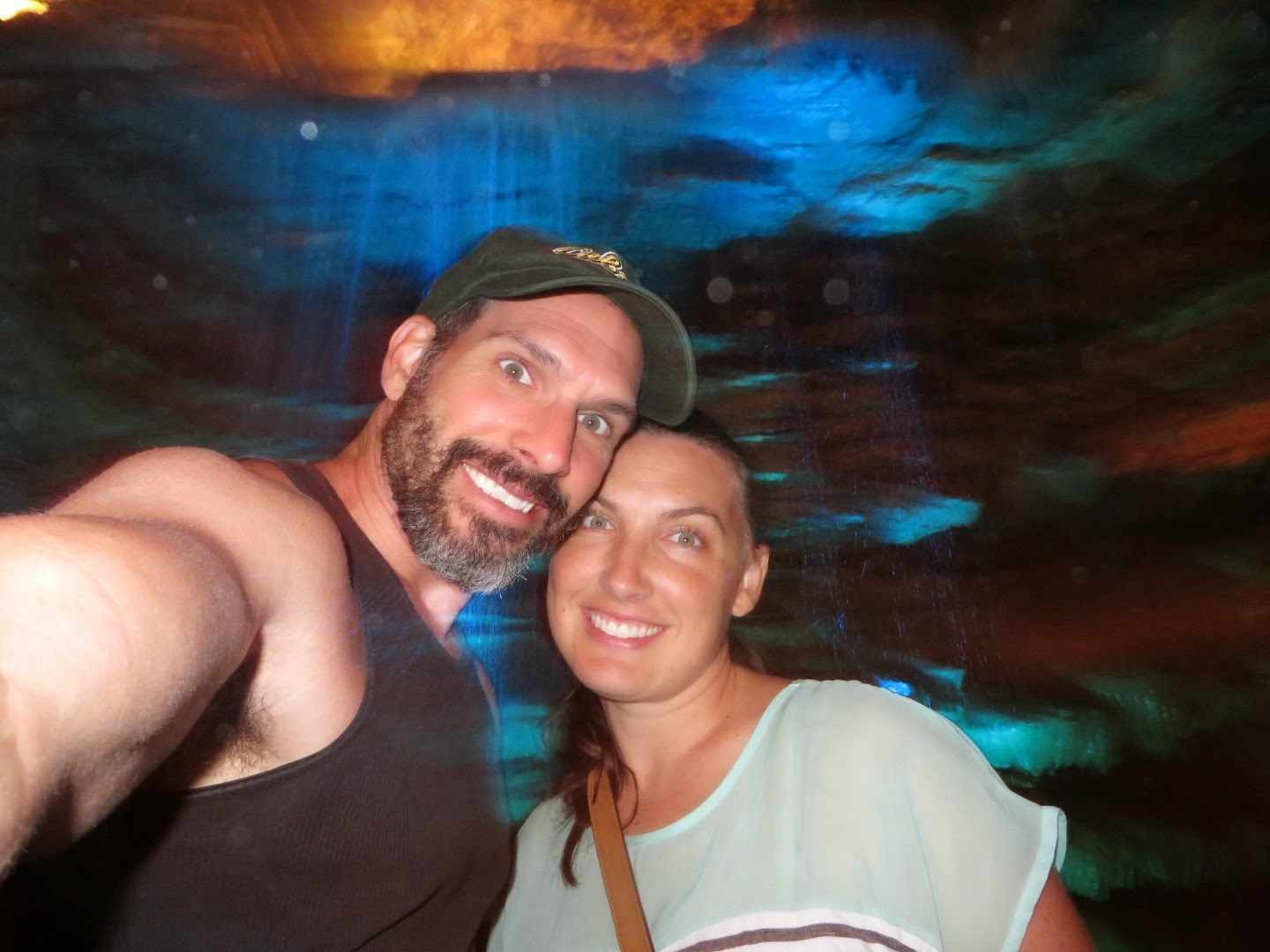 The formation behind the twins is called Blondie's Throne because a blonde haired boy got lost in the cave for several hours way back when.  They found him when the candlelight reflected off his blonde hair.  I told Easton and Layla to look scared as if they were stuck in the cave for hours. 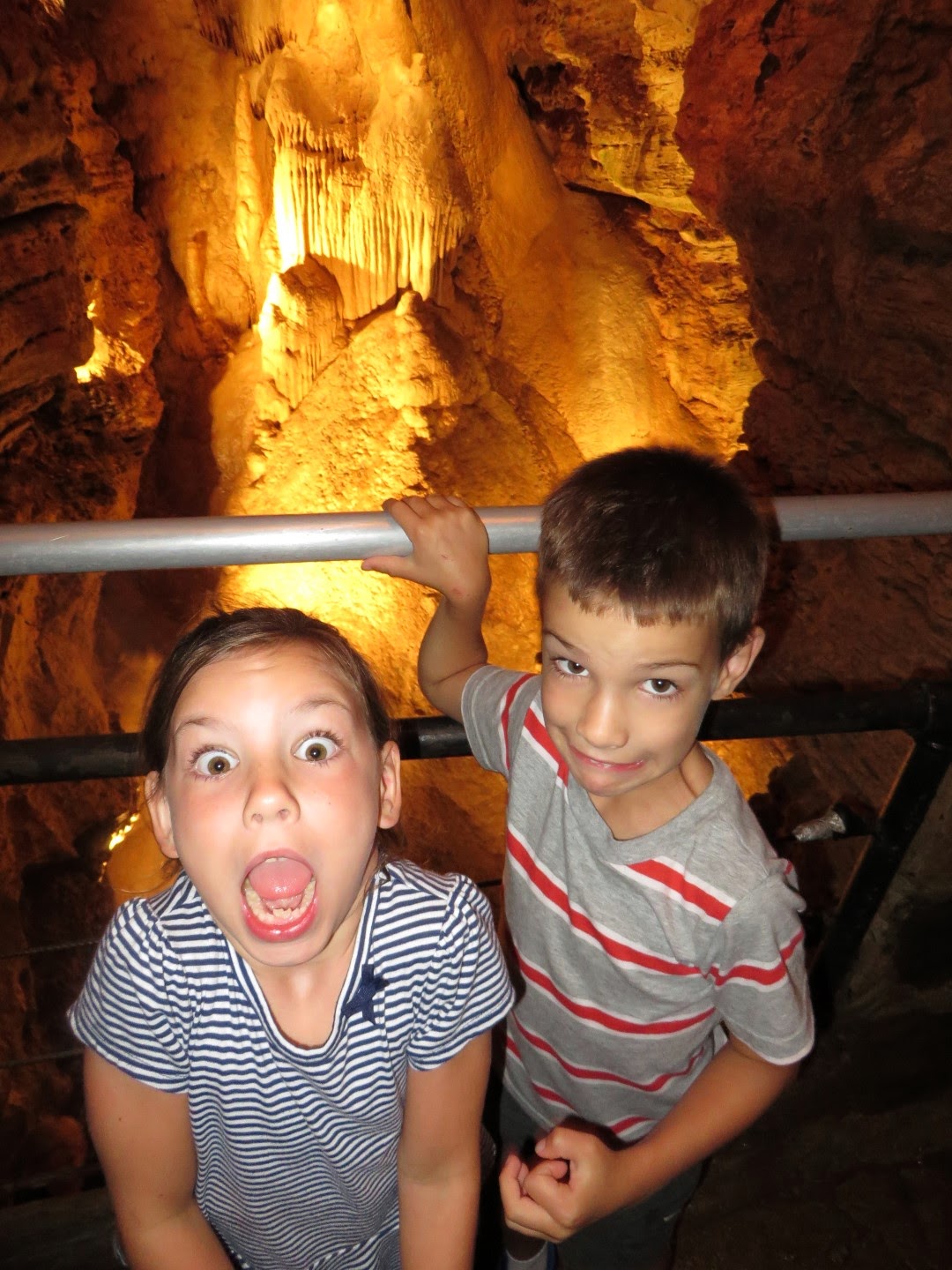 The cave has a train ride from inside the cave back to the top.  We survived! 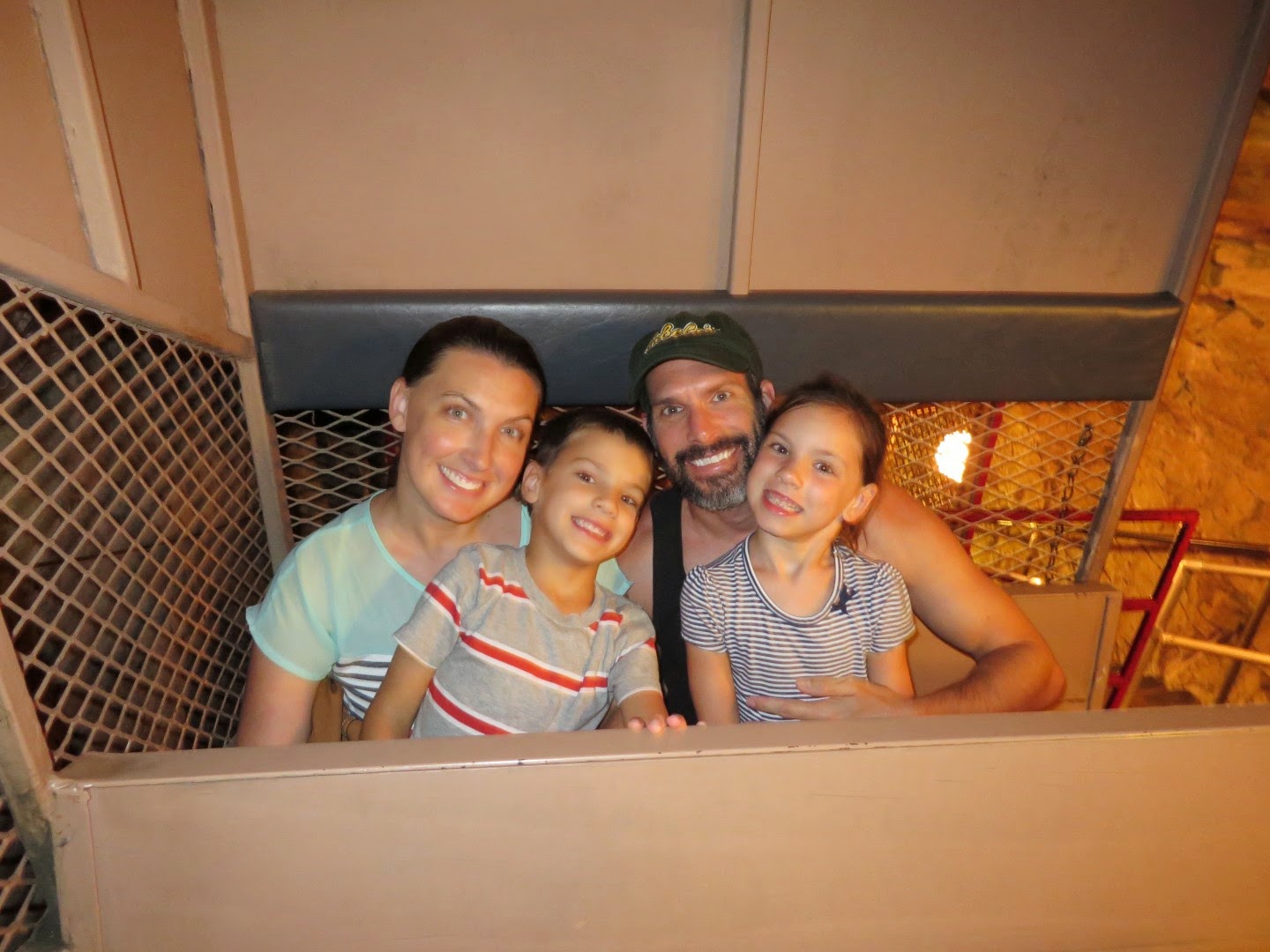 I didn't take nearly as many pictures as I planned, but I'm happy we were able to make memories that were just ours to talk about for years.

The full day at the amusement park was well utilized.  We rode the train, Kendra rode the big kid roller coasters, and we saw a huge fireworks display to cap the night.  The twins were asleep by the time we arrived home, which doesn't happen often.  The 4 Webbs would have had a great time by ourselves at Silver Dollar City, but I'm thankful Nana and my brother and sister's families were all there together.  I know Easton and Layla experienced memories this day that we'll talk about for the rest of their lives.

Next up...  the big 50th wedding anniversary celebration!