Have you ever passed out from pain?  I wish I could say no, but after the worst 5 days of my life I have to say, "yes, i have."  I was standing while Kendra dressed me and after a few brief seconds of light-headedness I collapsed into Kendra's arms.  I was only out a few seconds, but as I came to, Kendra was leaning over me asking if I'm OK.

I don't bring up that story to wallow in self-pity or complain.  It is a picture of love.  When I hear kids say they "went all the way" with their significant other I want to slap them across the face and say, "you want to know what it means to go all the way?  Let me tell you about how my wife wiped my butt and dressed me for 5 days and was there to catch me as I passed out from pain.  That's going all the way!"  These are the situations where, as hard as I try not to be complacent, I take Kendra for granted.  It's highlighted like the Aurora Borealis plastered across the sky and resets my perception of how much Kendra loves me.

And now, back to the story where I left off last post.   This is the last time I ever want to have the privilege of boarding an airplane early due to "disability".  Southwest was very helpful, by the way. 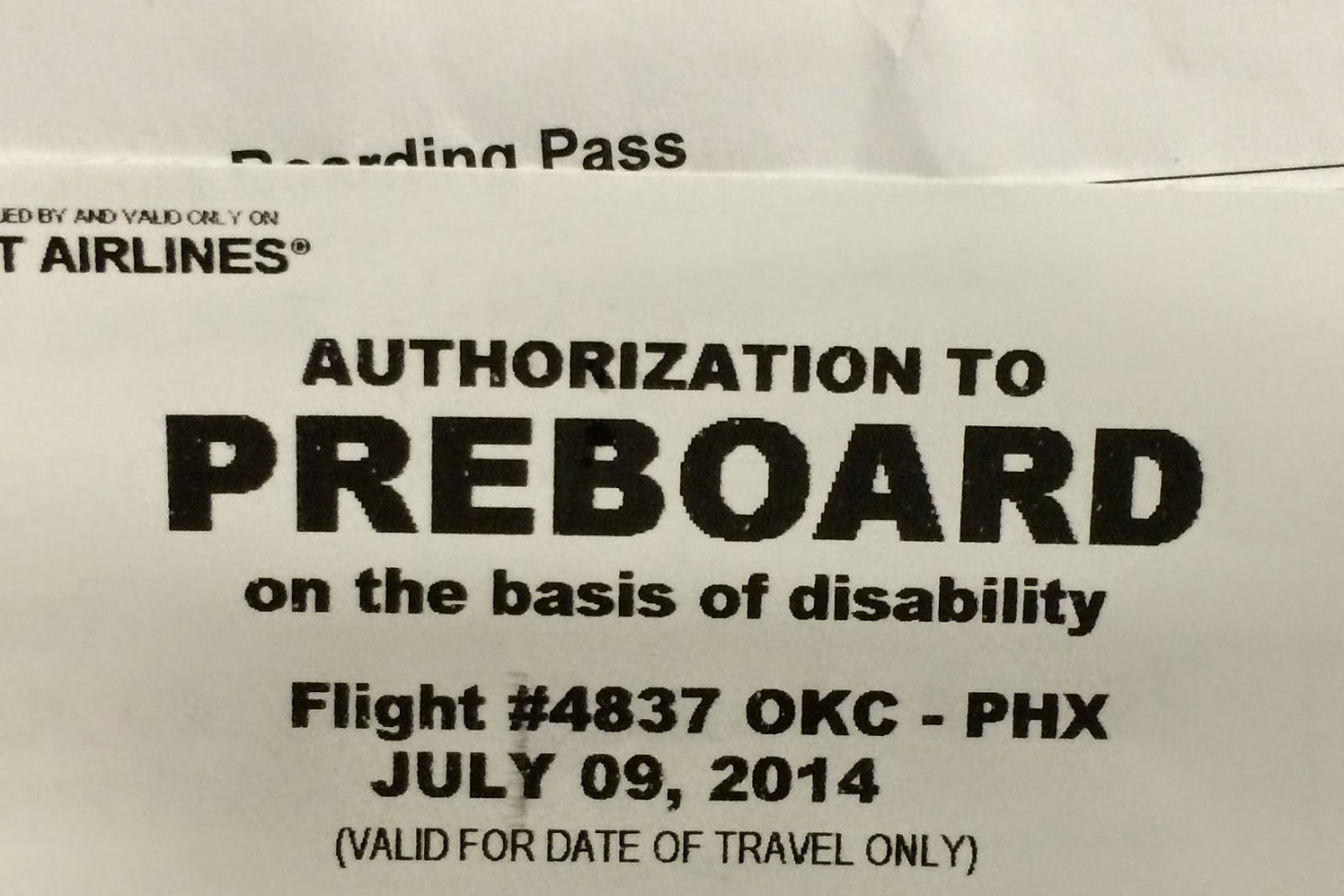 I rolled off the plane in a wheel chair.  Kendra took over pushing me because she didn't want to pay the airport guys $5 to do it for me.  She carried her purse, her carry on bag, and my heavy back pack while pushing me through the airport.  Our suitcase arrived promptly and we were met at the curb by Oupa.  He lifted me out the wheel chair and put me into the van.  After a couple of hours at home I went straight to my appointment with the chiropractor.

This is where the story turns decisively happy.  He crunched me around a couple of times and sent me on my way.  I sat up on my own.  Still in pain, but I was able to physically do it for the first time in five days.  Throughout that day and every day since then my back is getting better and better.  Lots of laying in bed with ice on my back.  Lots of effort by Kendra Ouma and Oupa to manage the house, the kids, and me.

The day after arriving home I went in for surgery.  Not on my back, but a pre-scheduled appointment with Dr. Ali Ghafouri of the Arizona Oculoplastic Specialists.  I had what is known as two Chalazions.   One on the inside of my upper eyelid and one on my lower eyelid. 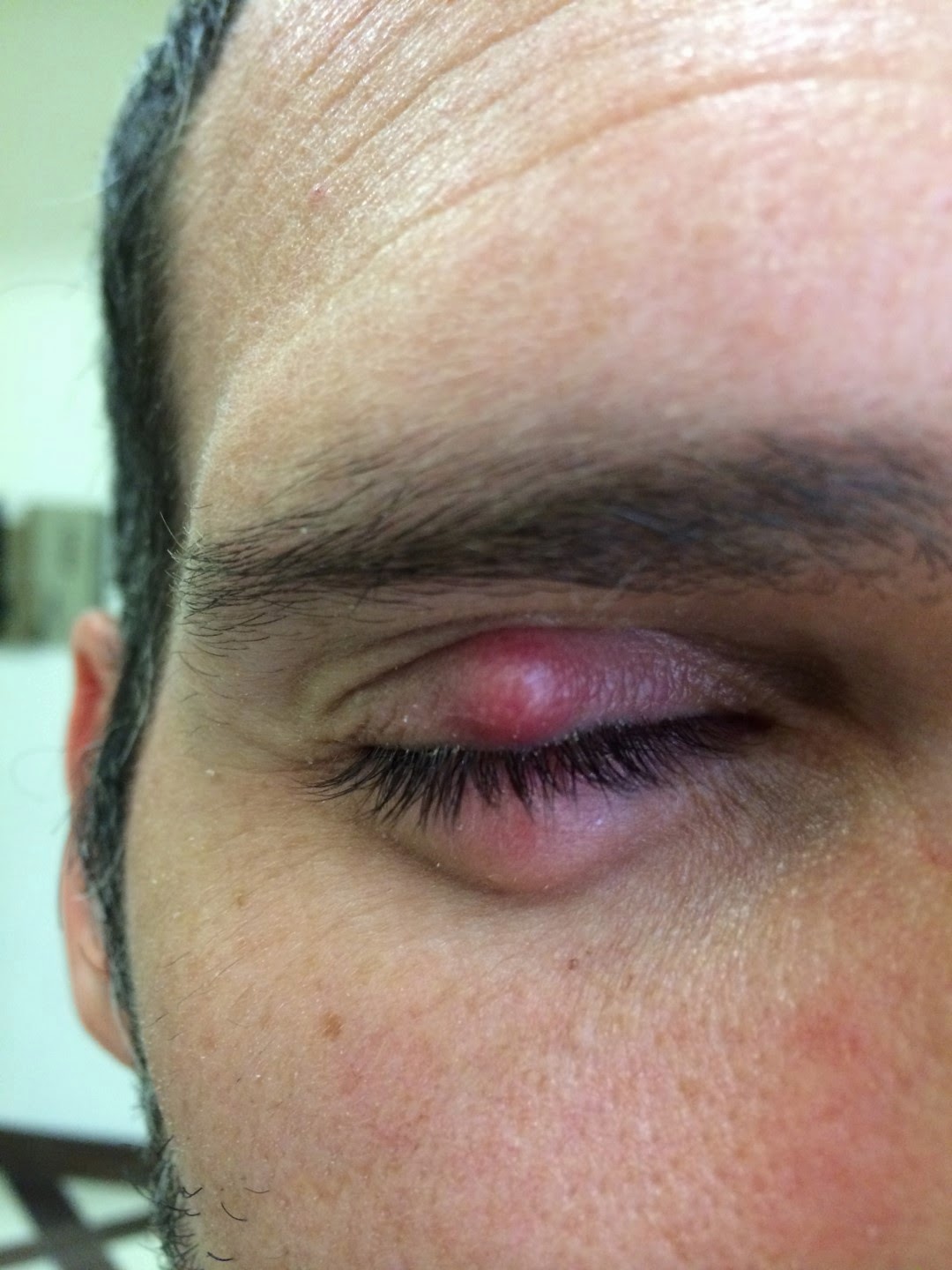 What does this have to do with the twins?  Not much other than they consistently pointed out how bad it looked every time I would give them a hug.  My eyelids got worse and worse over the past three months and I waited several weeks to get in for the surgery because we were in Sacramento.  Anyway, after SIX anesthetizing shots (three in each eyelid), the doctor did his magic and fixed my eyelids.  A little eye surgery was no big deal considering the state of my back.  Turned out well and I'm happy to have those unsightly things gone. 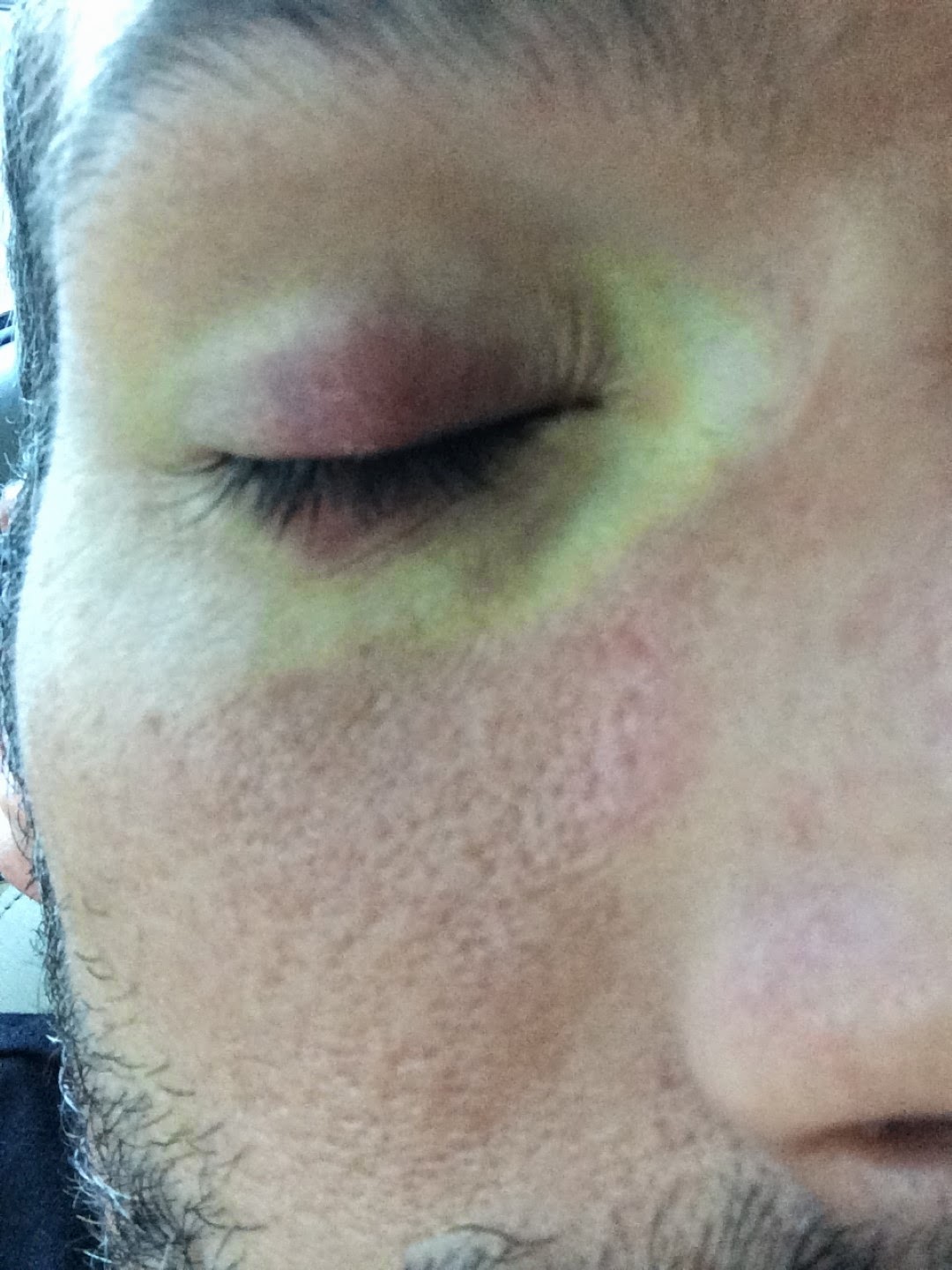 Since Ouma and Oupa took the time to drive the twins and our van back to Phoenix we made it worth their while with a week-long stay at the Casa de Webb that will end in a one-way flight back to Sacramento.  Oupa's birthday is a couple of weeks out, but we won't be with him then so we started his month-long birthday celebration.  The girls made Texas Sheet Cake and we sang a harmonious rendition of Happy Birthday to You. 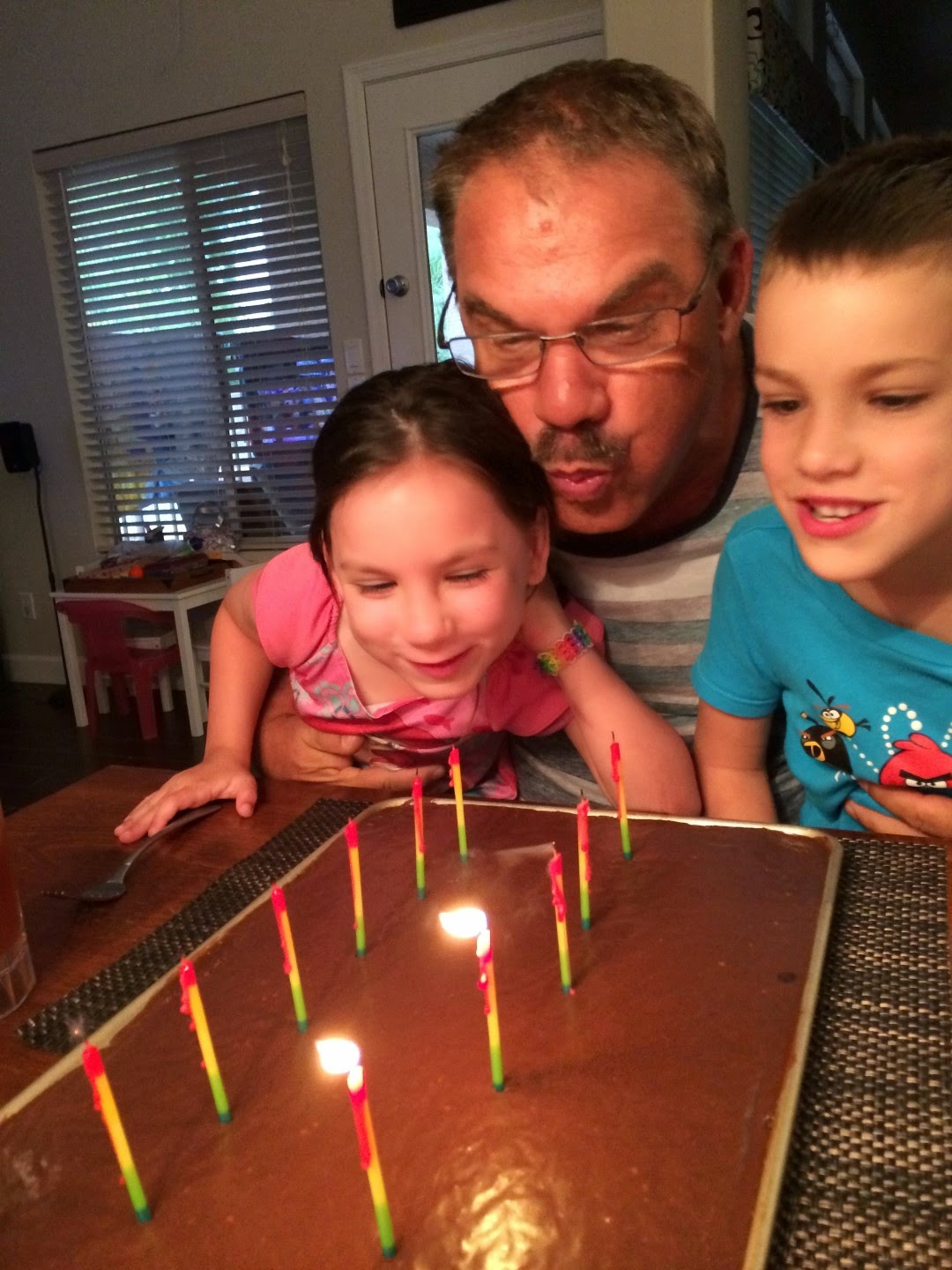 I noticed the sunset was particularly colorful and invited the twins outside to enjoy it. The camera doesn't pick up much of the spectacle,  but the main point of this picture is how Easton and Layla are home for only four short days.  They were happy to be in their own beds surrounded by their own toys. 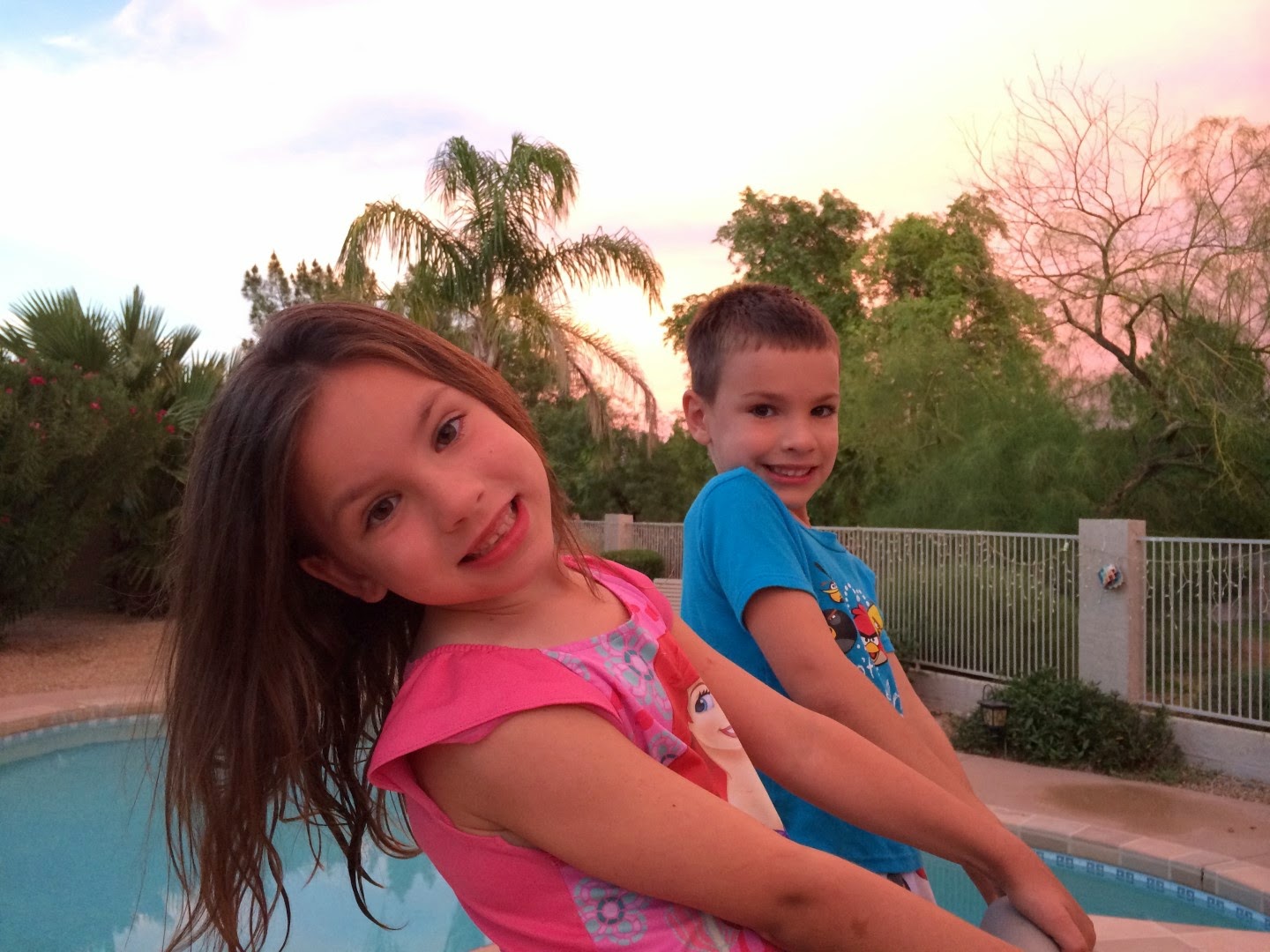 With the trip to OKC and my back injury I hadn't had a single daddy date with my princess in weeks.  I scheduled a last-minute outing with Layla to get some ice time with her instructor.  We had a little breakfast together and spent the morning together doing what she loves, ice skating.  Sitting upright in the van was still painful. Driving the van wasn't the best idea for a guy in my condition.  Even so, some things, like time with Layla, are worth more than the pain it caused. 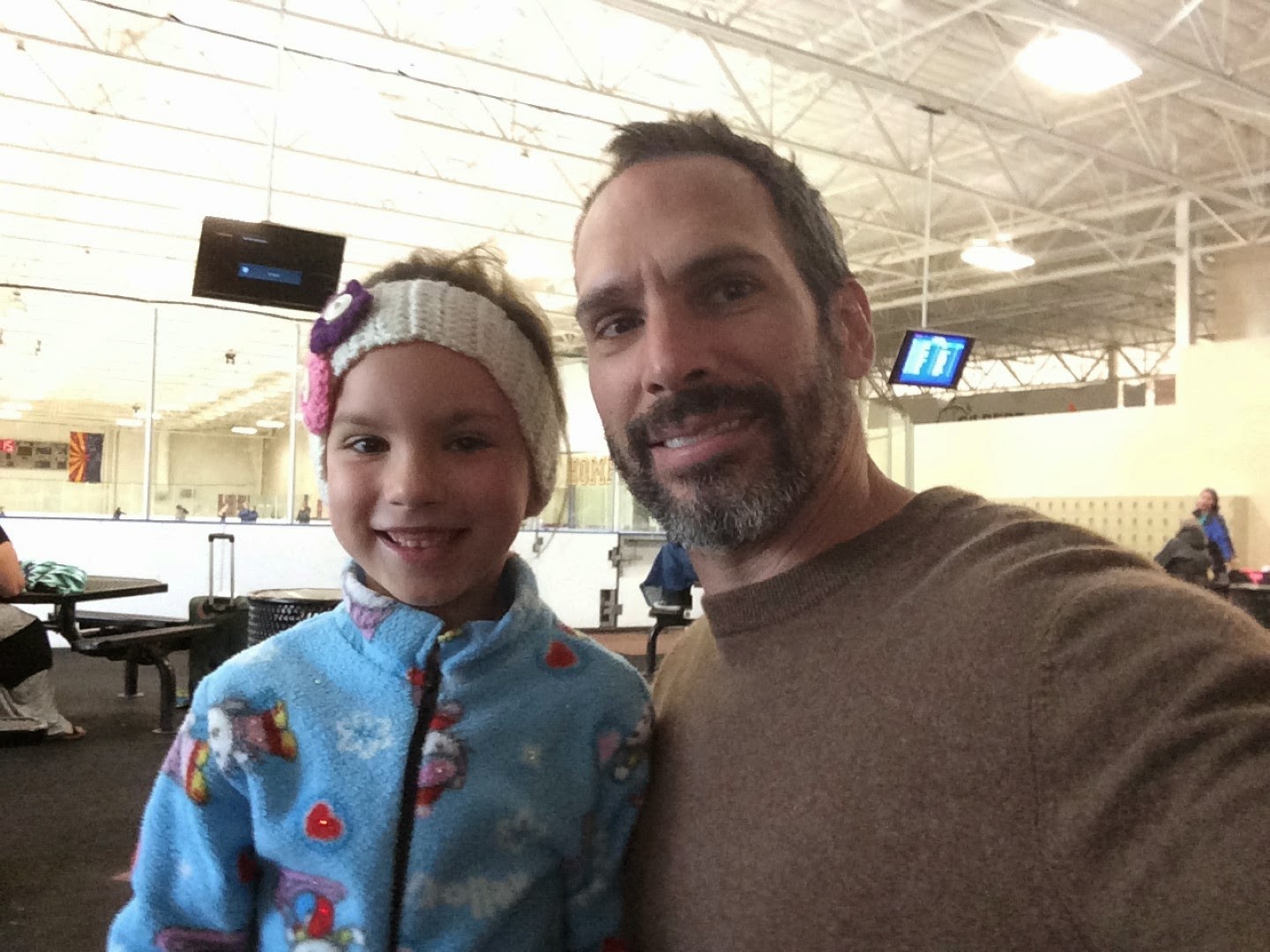 I knew the next morning Kendra, Easton, and Layla would leave for Missouri without me for a week.  Kendra flew with the twins alone for the first time.  She said the flight was smooth and uneventful, just like we like it. 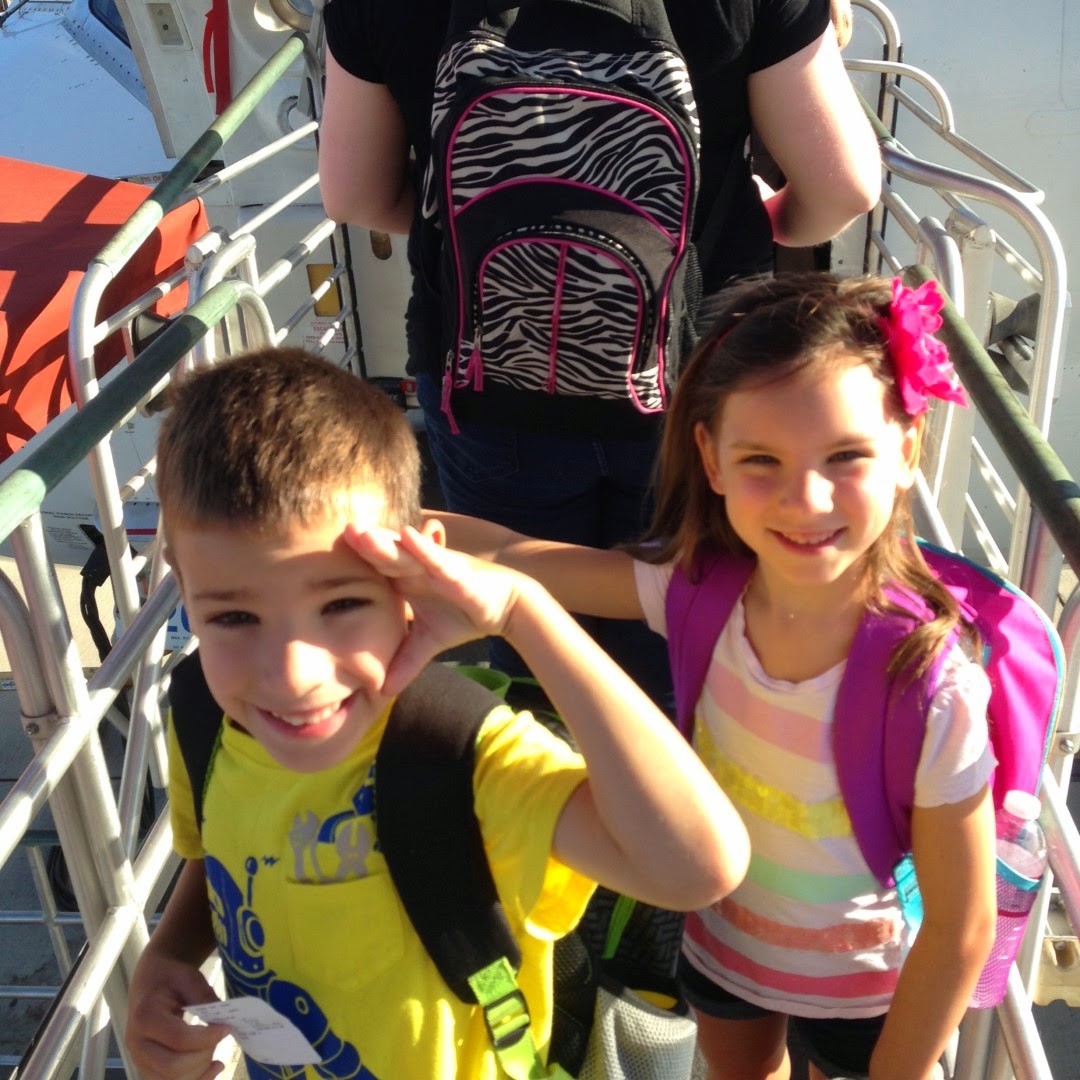 She packed stuffed animals, snacks, activity books, and the tablet full of movies.  Easton asked me to print off some coloring pages for the flight.  I agreed and we sat down at the computer to let Google give us some printable pages.  He asked for coloring pages of the Titanic.  He wanted a picture of the boat capsizing with half of it broken and sunk with the other half bobbing up and down in the frigid ocean.  He saw some CGI videos of what probably happened when the cruise ship hit the iceberg and sank. His fascination with natural (and man-made) disasters is almost concerning.  I asked him if he wants to go on a cruise sometime and his eyes lit up with a hearty, "yes! that would be awesome!"  No fear... 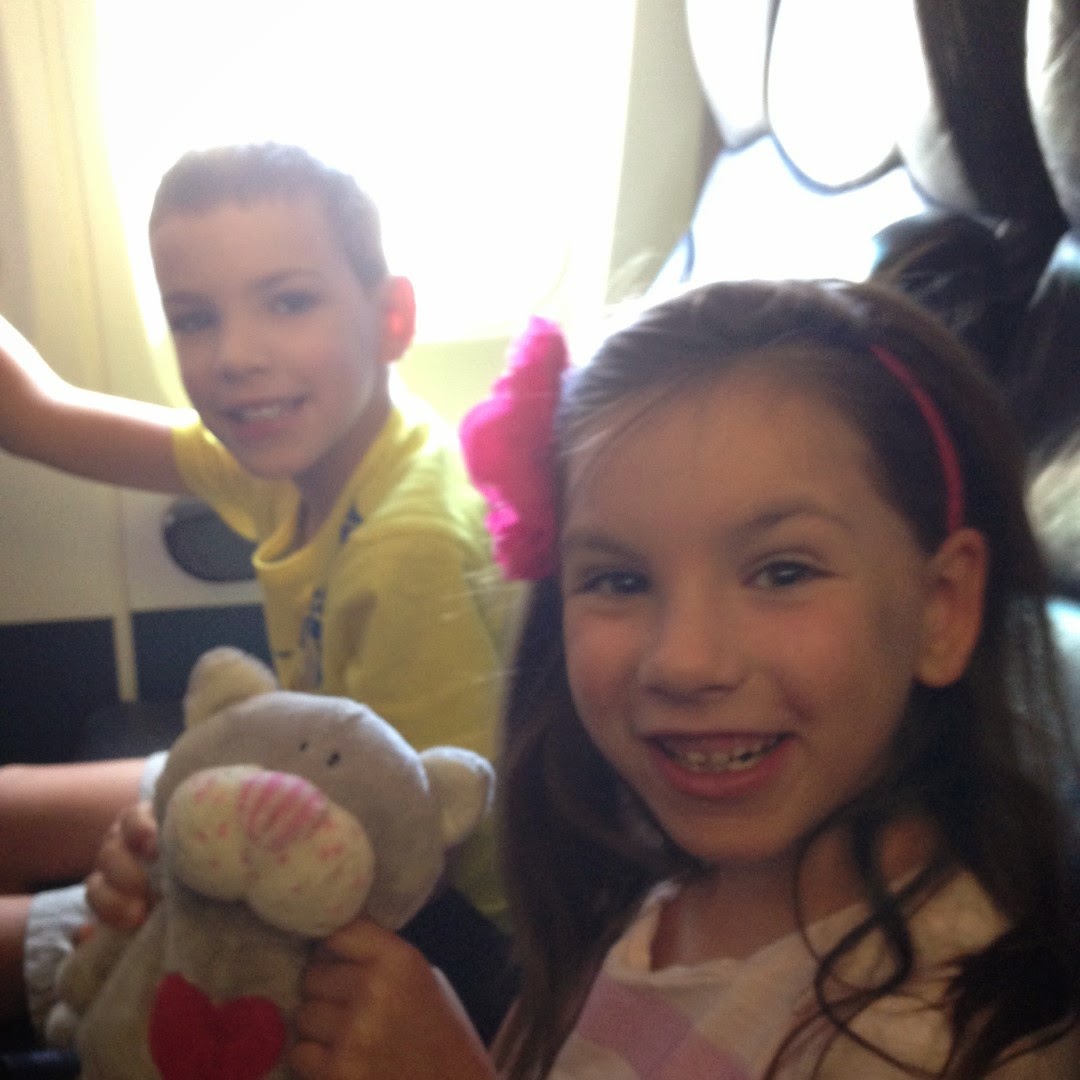 Now I get 3 days with Ouma and Oupa, then they leave for Sacramento.  Then I get 3 days of alone time at the house and work before I get to see the twins and Kendra again.