While I was away Kendra and Ouma and Oupa took good care of the twins as expected.  They had plenty of friend time as well as family time.  Kendra and Megan set up the sprinkler in the front yard to water the grass and water the kids. 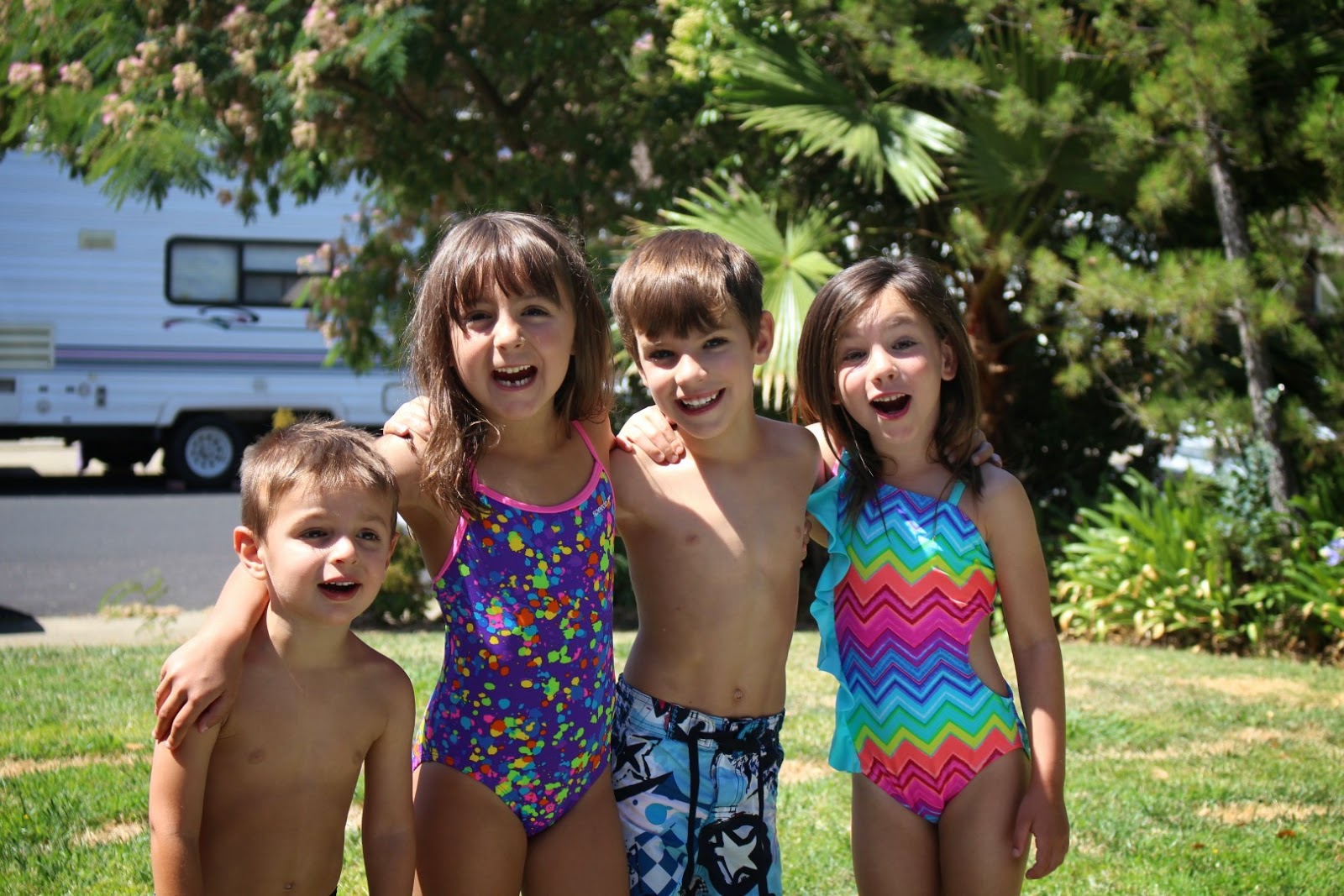 This pretty much sums up our summer vacation.  Thanks to our expressive bundle of joy and energy, Layla. 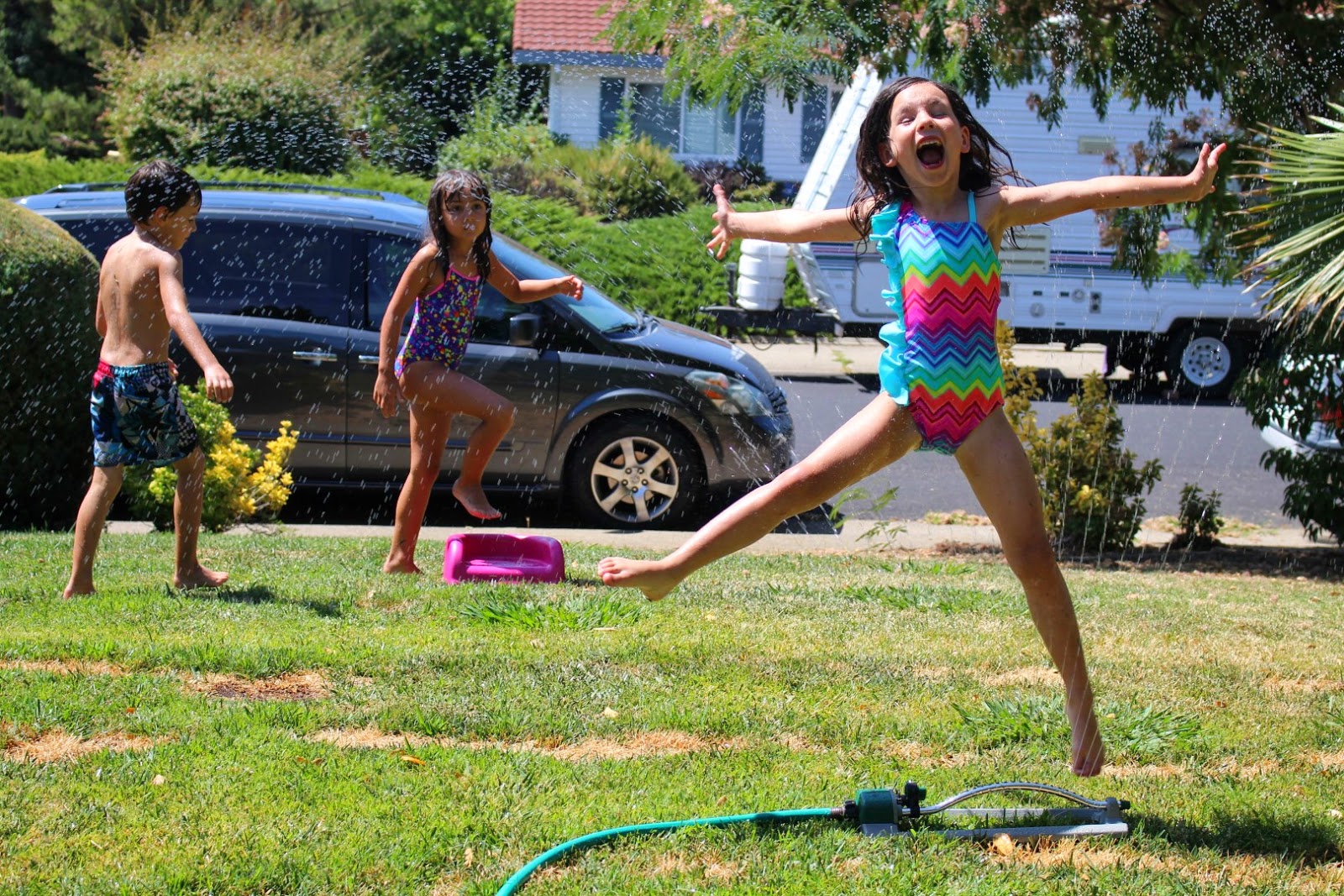 Easton has his own way of showing enjoyment.  I'm proud of him for being brave enough to jump through the sprinkler.  Things look different to a six-year-old who has never experienced something before.  After the first time through they made a day of it while staying cool. 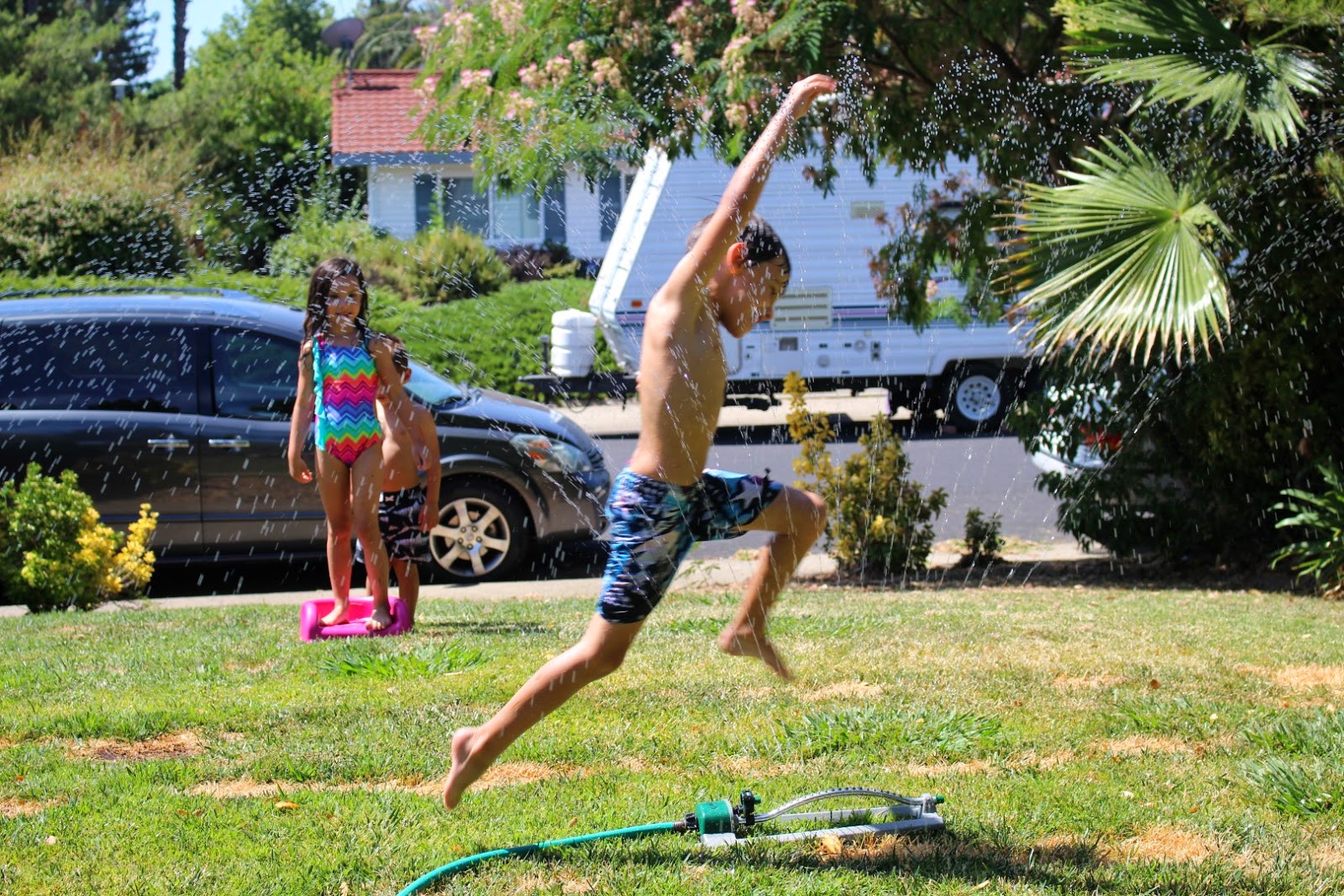 The 4 Webbs are reunited in Sacramento for more days of summer fun.  Shortly after I walked in the door from being away from them for 5 nights we went out for bike ride to have some Daddy time.  We rode up a few streets and I heard Easton's brakes lock up.  I turned around to see him standing over his bike motionless and focused.  His eyes lit up and he said, "Ice cream truck, Daddy!  I hear the ice cream truck!"  Layla and I listened hard and starred at each other with a doubtful look.  then the magical music tones faintly came through our ears.  He was right about the ice cream truck songs.  Layla asked, "can we chase it down?"  I didn't want to get his hopes up, but as with many other occasions I answered by saying, "why not?"

We raced up the street like a pack of pregnant turtles.  I stopped our slight progress every few hundred feet to retune our ears.  We adjusted our course a few times which took us through the school yard, across a park, and up over a few yards.  Then...  bingo!  the truck retraced it's path down from the dead end cul-de-sac where it was and drove right by us.  Easton and Layla were jumping around as if they were a couple of marooned cast-aways waving down a ship from their stranded island life.  The ice cream lady stopped and we loaded up on popsicles that we can't get in the stores. 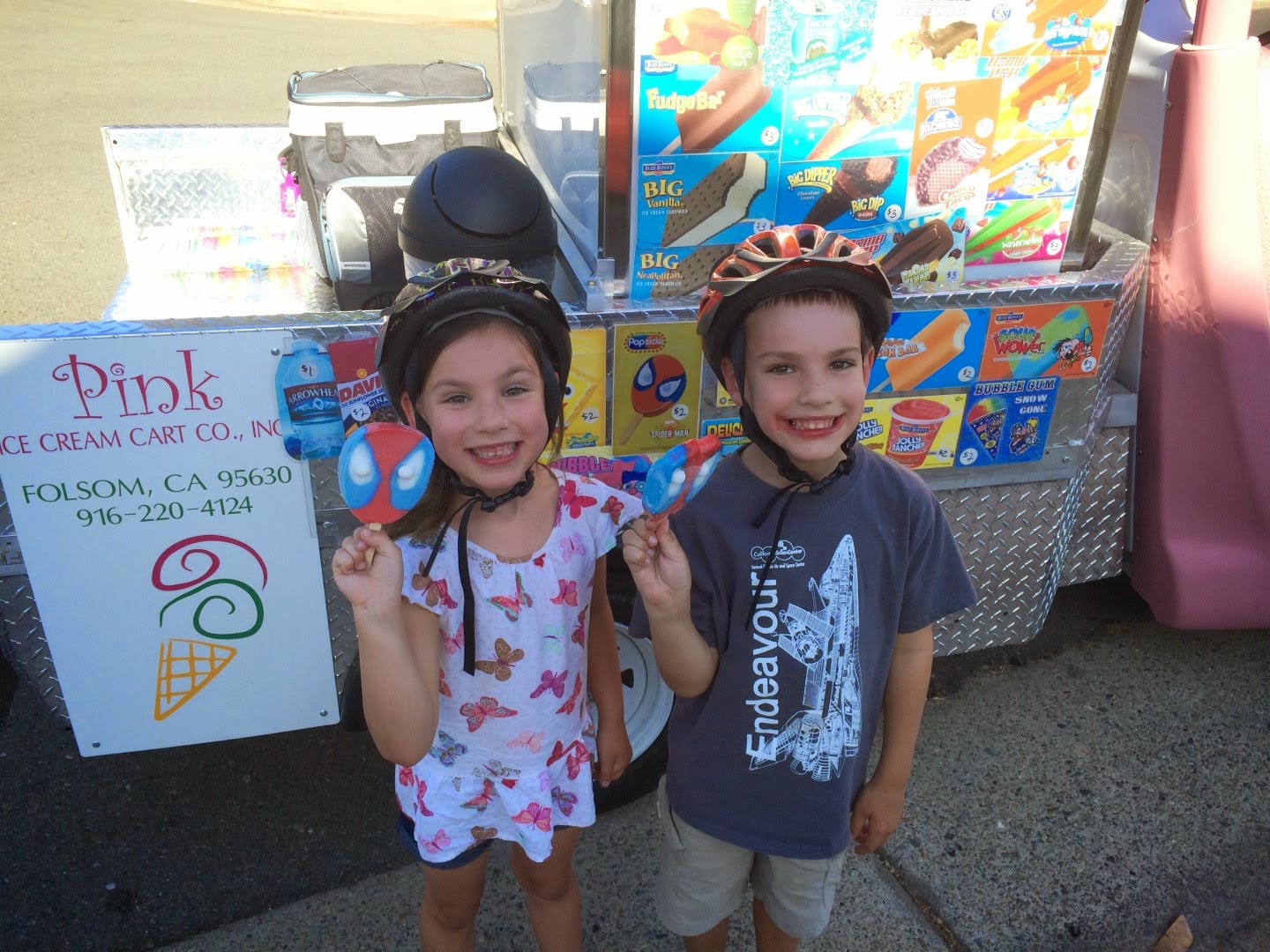 We sat down in the nearby park tree shade and made a big mess. 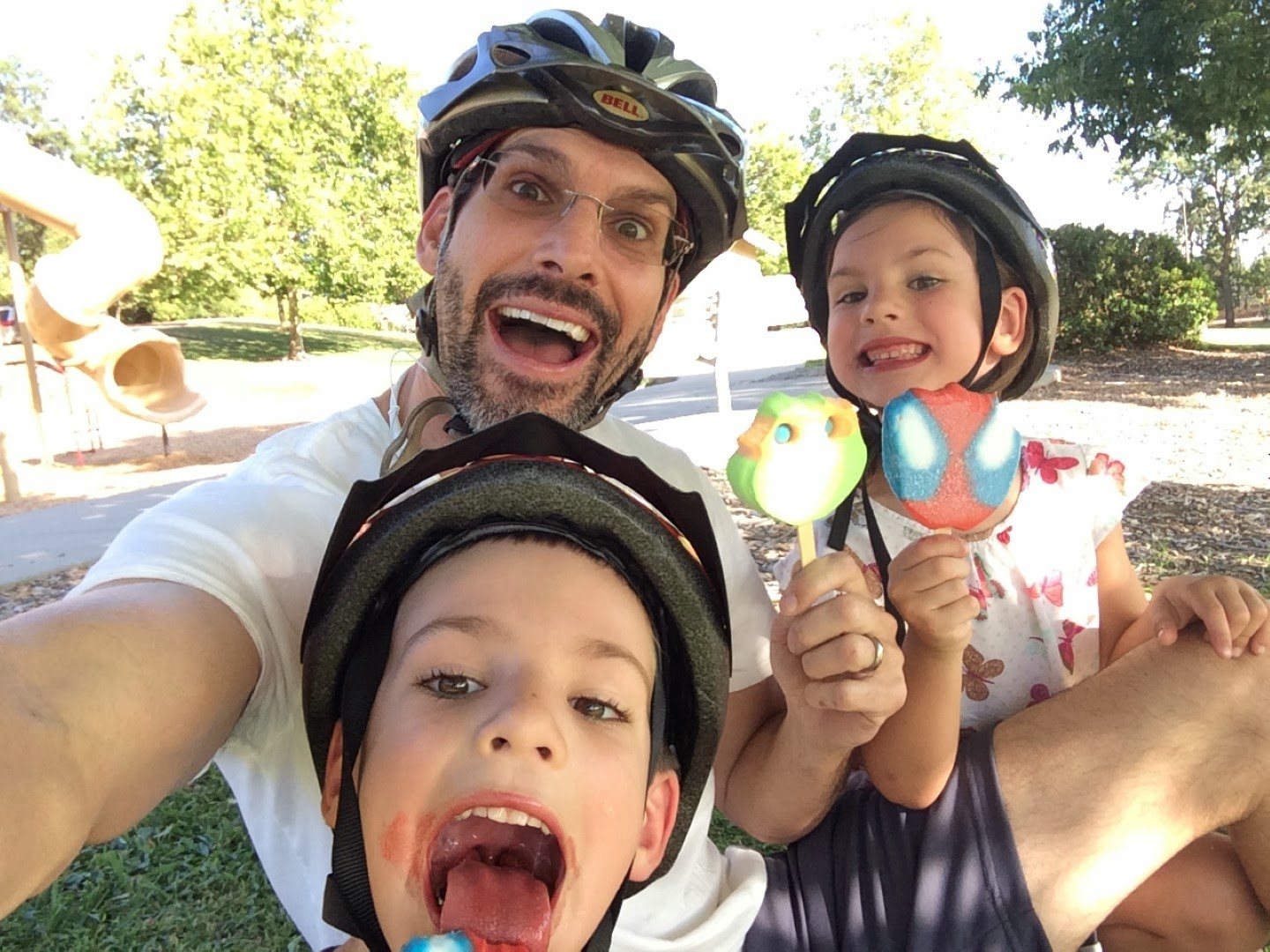 These are the spontaneous adventures that you can't have unless you go adventuring.  Sometimes these trips end with crying, whining, or bad consequences, but most often our adventures turn out well.  We are always happy we took time to be together no matter how it ends. 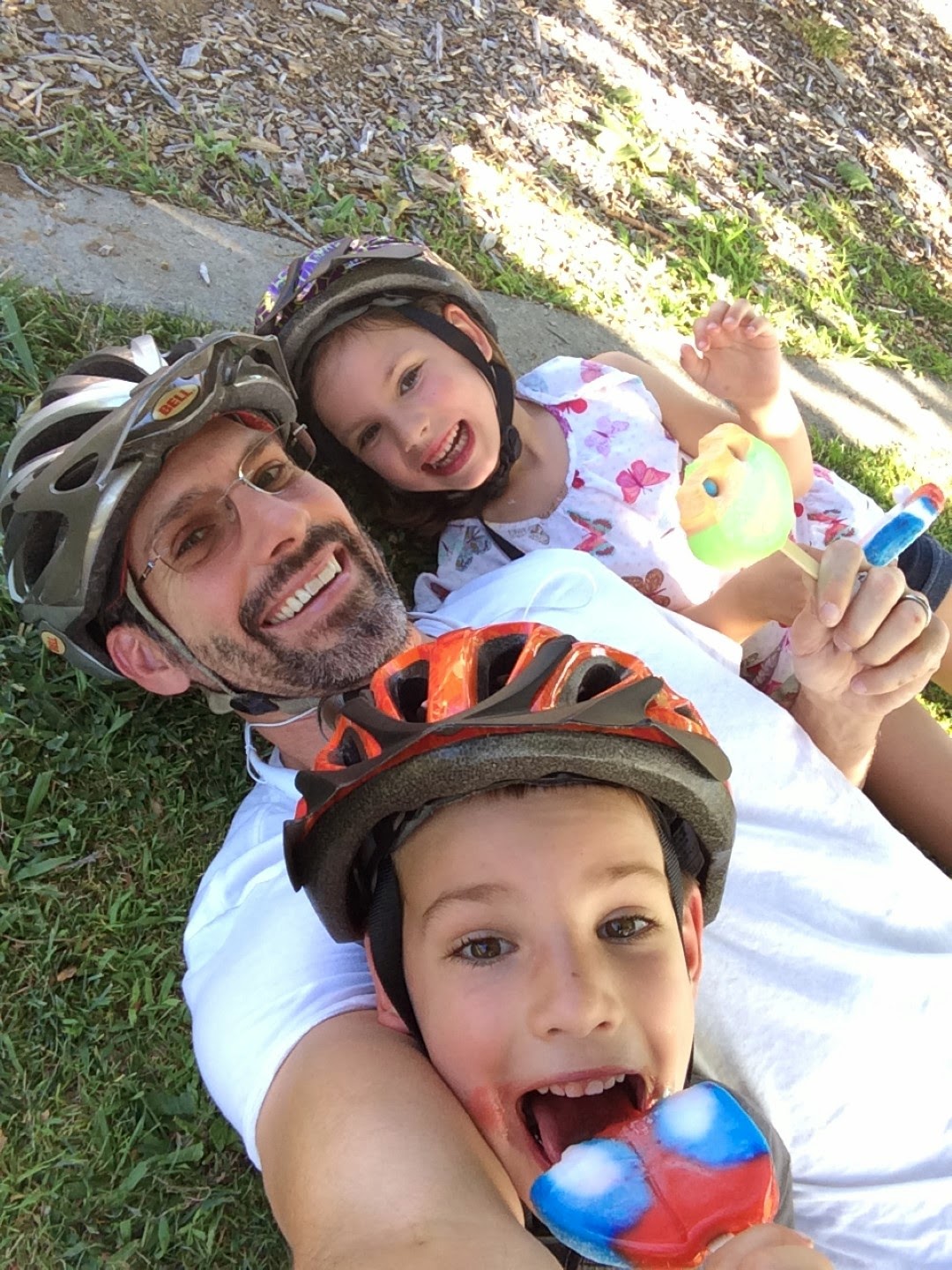 This evening I took the twins and their friends home to let Kendra and Megan have some shopping time together before dinner.   After we ran out of crab apples to throw over Oupa's fence I decided to take us for a walk on the bike path.  Easton remembered how we chewed on straw last time like farmers and asked if we could show Isa and Carlo.  "Of course!  Why not?" I said.  We passed by a neighbor's house who is growing a garden behind their back yard.  The prop just happened to be good timing for our four farmers. 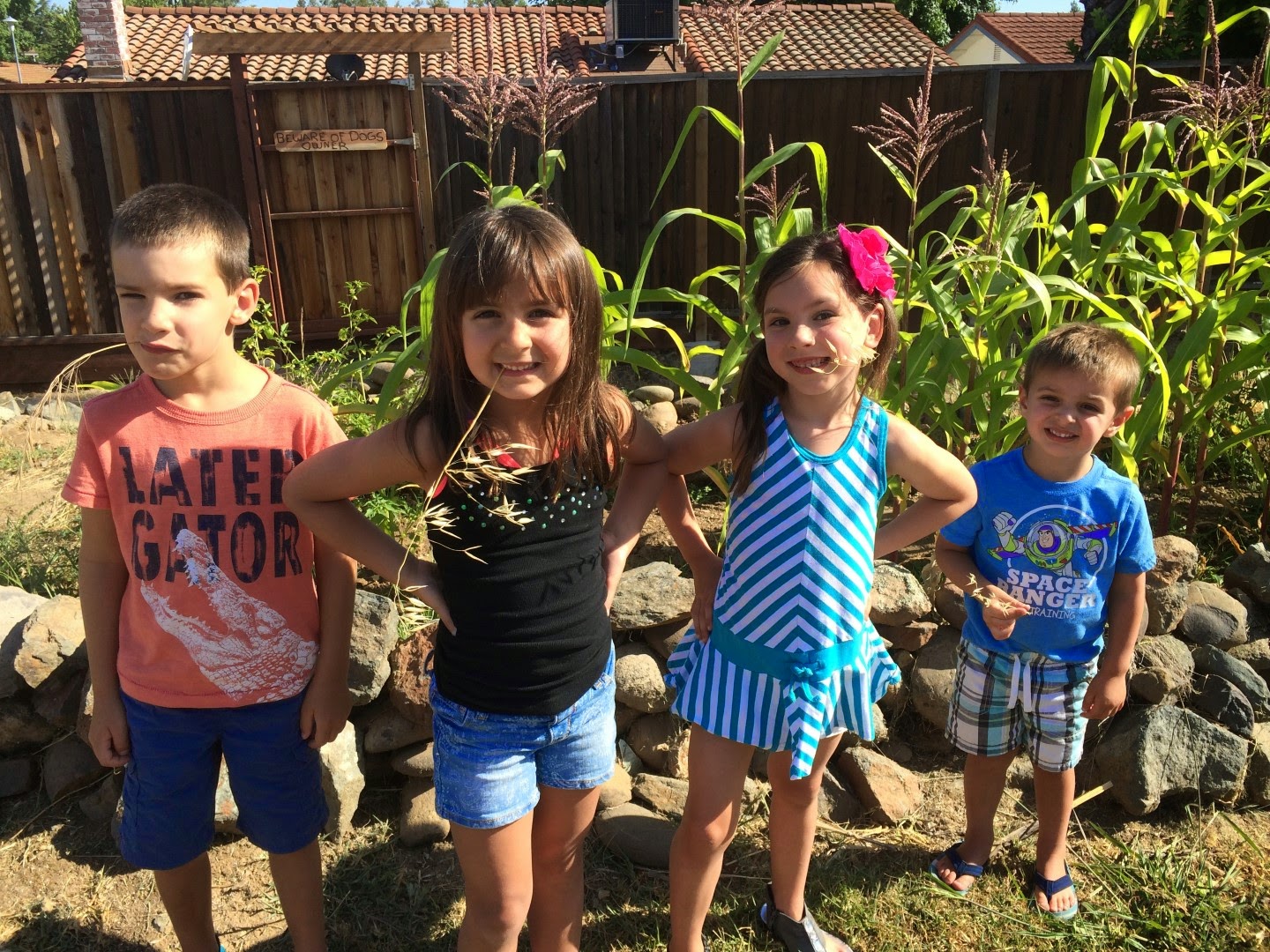 Easton asked if we could follow a side trail instead of staying on the bike path.  I said, "yes, if you lead."  So off he went.  here are the troopers behind me asking about snakes and spiders and poison oak. 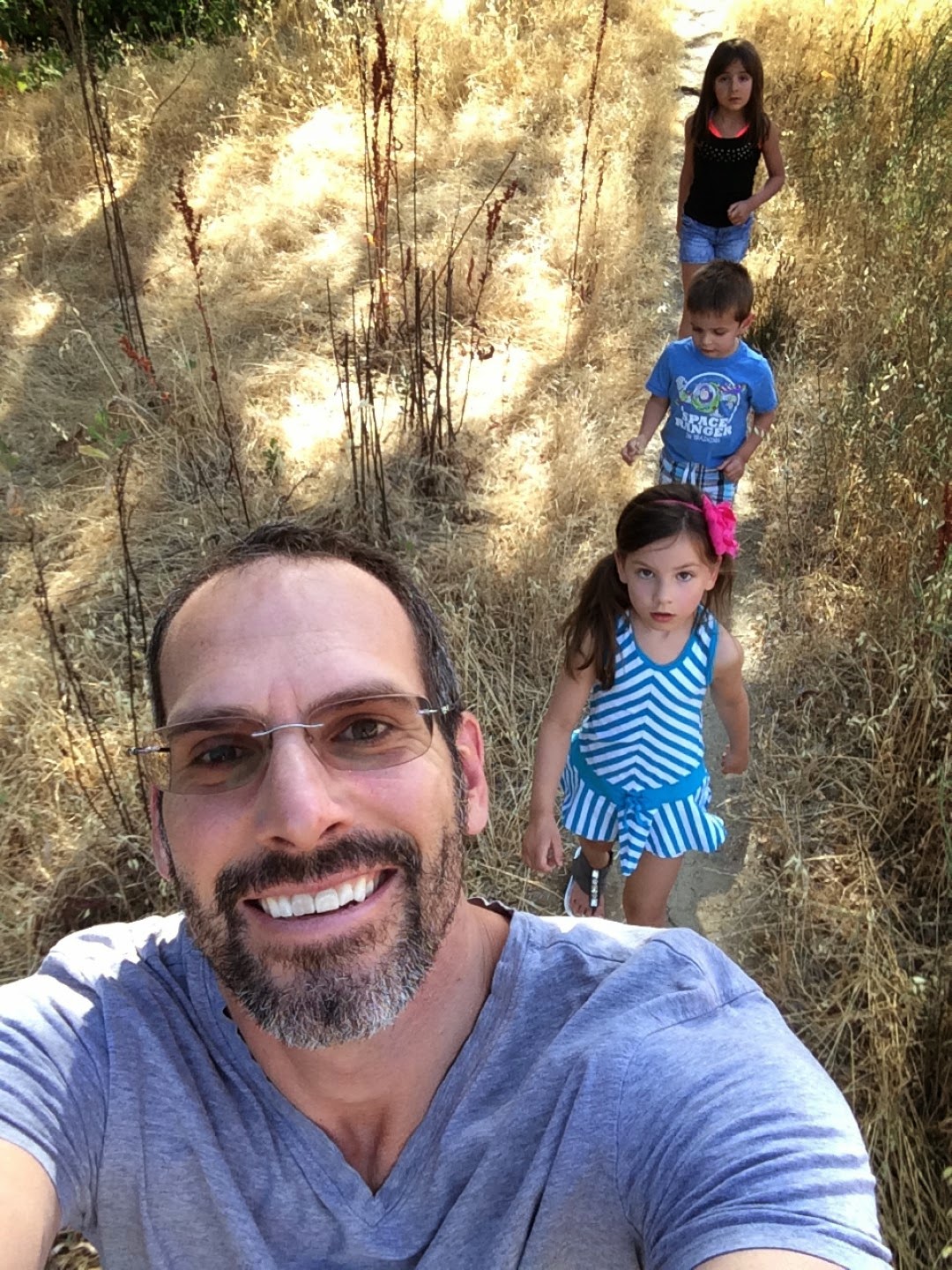 We were hot and sweaty, but not overheated.  Even after swimming and playing all day and the hike, they were still not worn out by bedtime.  We stayed up a few extra minutes playing Chutes and Ladders (Princess Edition) as a family.  Then I followed up the bedtime routine with extra long songs.  This evening was exactly what I needed as far as reconnecting with the twins was concerned.  The other part of coming home was getting Kendra back in my arms.  There is something rejuvenating about being away and then being reunited with my wife.  It's almost like a reset or a re-focus to appreciate the little things about her how wonderful she is.  Sleeping in my own, perfect bed at home alone was nice, but I'd sleep on the cold, hard ground and be content if she is by my side.