Our household is starting to run like a fine-tuned engine.  Just in time for Ouma and Oupa to leave in a couple of days.  With my work schedule, Ouma and Oupa running errands, the twins' activities, and Kendra's doctor visit schedule, our cars have been heavily utilized.  Every day is like an episode of Abbot and Costello's "who's on first" skit.  Figuring out the daily jigsaw puzzle of who is going where and when has been entertaining.  With the exception of Kendra's current condition, this has been one of the most enjoyable summers we've had in a while.  Mostly for the simplicity of staying in town in our own house in our own bed.

Having Ouma and Oupa around has added such a great dynamic for the twins too.  Ouma is teaching Layla how to sew!  and as a bonus, all of my pants  that piled up in my closet due to missing buttons all have buttons on them again. 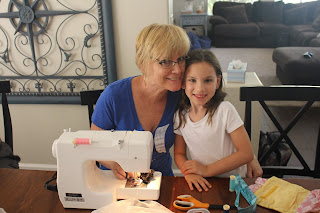 The flood of cards and gifts and money is overwhelming.  it seems that every other day Kendra gets a package or a card or a gift.  So many people have blessed us in creative and valuable ways.  One of my friends sent a package with a couple of toys for Easton and Layla.  They have been watching Kendra get all this fun stuff delivered via mail.  Their happy hearts were very grateful for the package and kindness.  Nobody can go wrong with Legos and princesses! 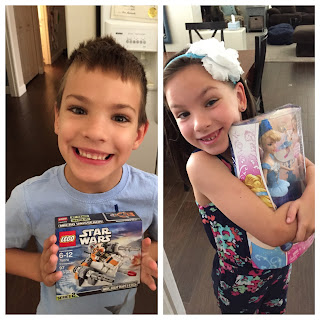 We went out to dinner with a huge group of friends one night.  Kendra was in the middle of the conversation and having a blast doing something normal like hanging out with a group of friends.  I paused for a moment when I noticed how magnetic her personality is.  She was bringing people into the conversation and asking thoughtful questions and adding her own sense of humor at just the right moments.  I sat and watched for a while just taking it all in.  These simple moments bring such joy to my heart now.  I love to see this. 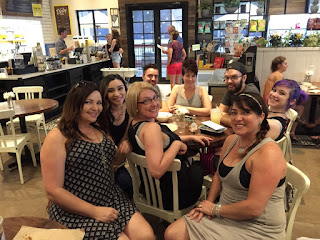 Kendra has a limited number of hours per day she can be active.  By active I mean not laying in bed resting.  Sometimes she meets with ladies from church where she encourages and prays with them.  She's had to dial way back on the ministry hours per week, but she is still very much functioning in the role of mentor and friend for so many people.

Another thing she does with her time is bake.  She doesn't like cooking, but baking is one of those odd things that looks like work, but is actually just pleasure for her.  She made a healthy desert for dinner one night.  Again these are some of those simple moments that I see in a whole new light since cancer showed up. 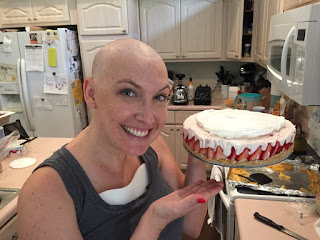 I shoot around 5,000 pictures per year.  I've been doing this for over 7 years now.  When i look back through them I've noticed patterns and trends.  here's one of them...  Because I had moments like this with Layla when she was two-years-old: 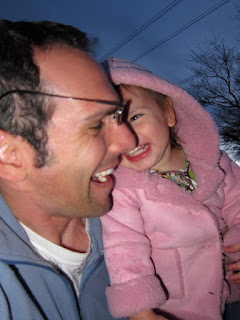 I get to have moments like this when she's seven-years-old. 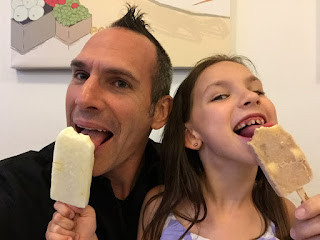 we've had a special bond since the day she was born.  For me it's just considered "being a good, consistent father" but from what I can tell this isn't as common as I thought.  She is growing up in measurable ways every time I blink my eyes.  One moment she's small enough for me to cradle with one arm and then a few moments later she's a young lady. 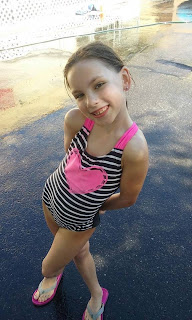 Layla picked out this Disney princess dress a few weeks ago.  i told her she could have it when she memorized five Bible verses.  It took her all these weeks to believe the truth about herself that she CAN memorize scriptures. 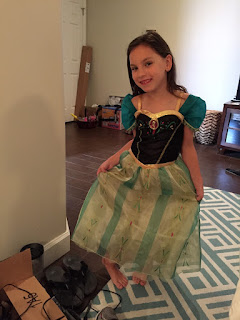 She wore it out for the first time on one of our daddy dates.  After ice skating together I took her to our favorite Groupon-approved Italian restaurants.  We ate and talked about all kinds of deep conversational topics including why we pray for her future husband so much, what makes a whoopee cushion work, and which side of the plate each piece of silverware belongs. 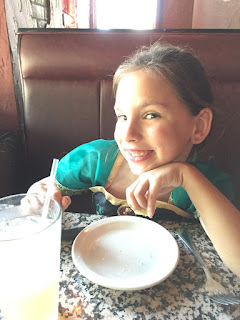 Before our dinner I joined her for a public skate session.  I was given free admission passes a while ago and kept them for just such an occasion.  she is in between classes so this opportunity worked out well for her to get in some practice time.  She spent part of the time teaching me some basics that were not so basic for this old guy.  I kept up with her as best I could and made her proud in front of her new-found ice skating friends.  This is my favorite picture of the year so far.  I have a lot to learn in the parenting world, but to me this is what it means to be a good dad for a daughter.  I enjoy doing things she loves with her.  It's one thing to show up and sit on the sidelines and watch her skate.  it's another to get on the ice and give her my full attention and efforts to be in the moment with her. 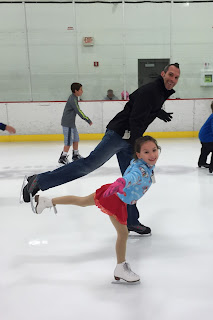 Besides, it was 112 degrees outside.  Bundling up in a coat and scarf felt absolutely amazing, but that was just icing on the cake for being with my sweet girl. 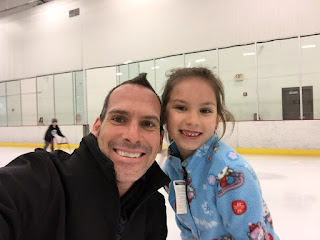 She completed Basic 8.  That means she's done with all of the basic classes and is moving into "Free skate".  What does that mean?  I have no idea, but this dad is about to get my Google on to figure it out.  What I know so far is that she can do some really cool skating tricks with grace and technique like I never knew a seven-year-old could do. 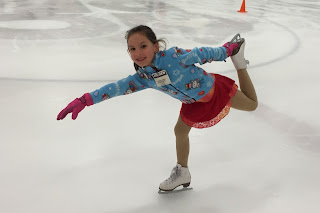 You may be wondering where Easton is in this post.  Stay tuned for the next one and i'll focus on my big boy next...