40 years old is a new reality for me and I'm working through that bit by bit.  Old is usually described as "15 years older than you are". Since I'm 40, add 15 and that makes 55.  reaching a possible retirement age definitely qualifies for old.  However, I'm starting to consider more seriously what that entails now that I've crested the big 4-0.  I knew I was going to get old, but I just didn't think it would happen so soon.

I was greeted this morning by two wonderful kids who are 100 times more excited for my birthday than I am.  I got hugs and the birthday song before I even brushed my teeth.  I even received some gifts. Easton gave me his collection of four owl coloring pages.  Even his beloved Great Horned Owl drawing.  He also gave me his Lego transformer car.  Layla gave me her red rabbit coloring page and her "Three Bears" book.  I smiled and thanked them with all the excitement as if they bought my dream car, a Toyota 4Runner.  I love and appreciate how they gave me what they had! 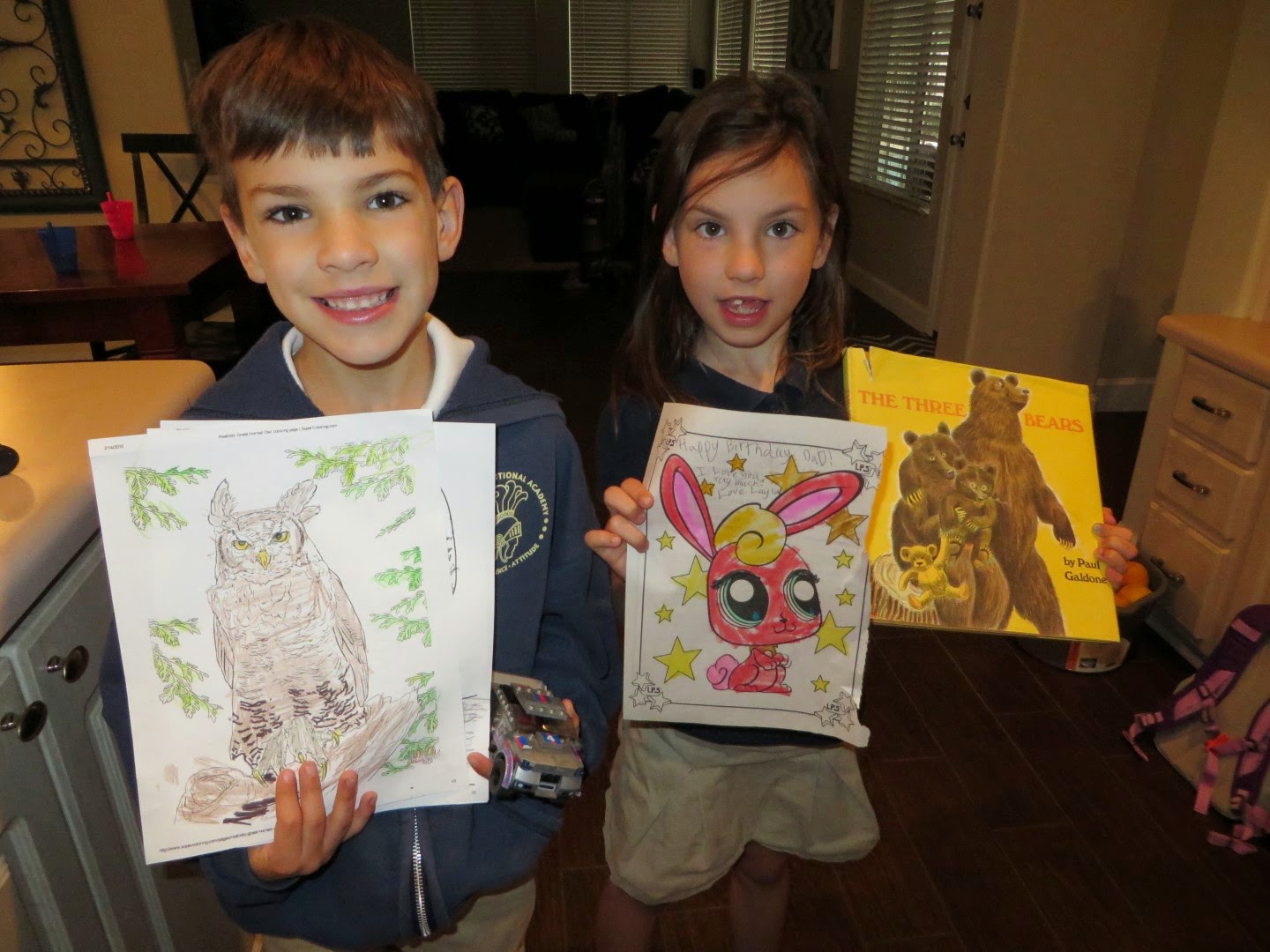 The rest of my birthday was spent with Kendra in peace and quiet.  We took a nap, talked, and just hung out being almost completely unproductive.  it was glorious...

Sunday was a 13 hour day filled with two services of church where i spoke a few minutes on stage during both of them.  Then we had the pastor's meet and greet where we welcomed new attendees with a lunch and lots of conversations.  Then I prepared to teach our class and organize the materials needed to do it.  One of the class attendees was a young lady who's tire went flat on her car.  Kendra drove her to the auto store and then gave her a ride to class.  Since it was too late after class to get her car she stayed with us in our spare bedroom.  This morning Kendra gave her a ride back to the shop.  Kendra asked if we could buy her new tire.  I was already thinking the same thing so that's what we agreed to do!  There are no limits to our generosity other than whatever God chooses to put in our hands.  It's all His and we treat it that way!

Stepping back one day to Saturday, I convinced the twins to go with me to run errands by allowing them to wear their Heely shoes and whatever they want to wear.  Layla chose a flowy princess dress and Easton chose his Endeavor space shuttle shirt.  They rolled around Lowes like they owned the place. 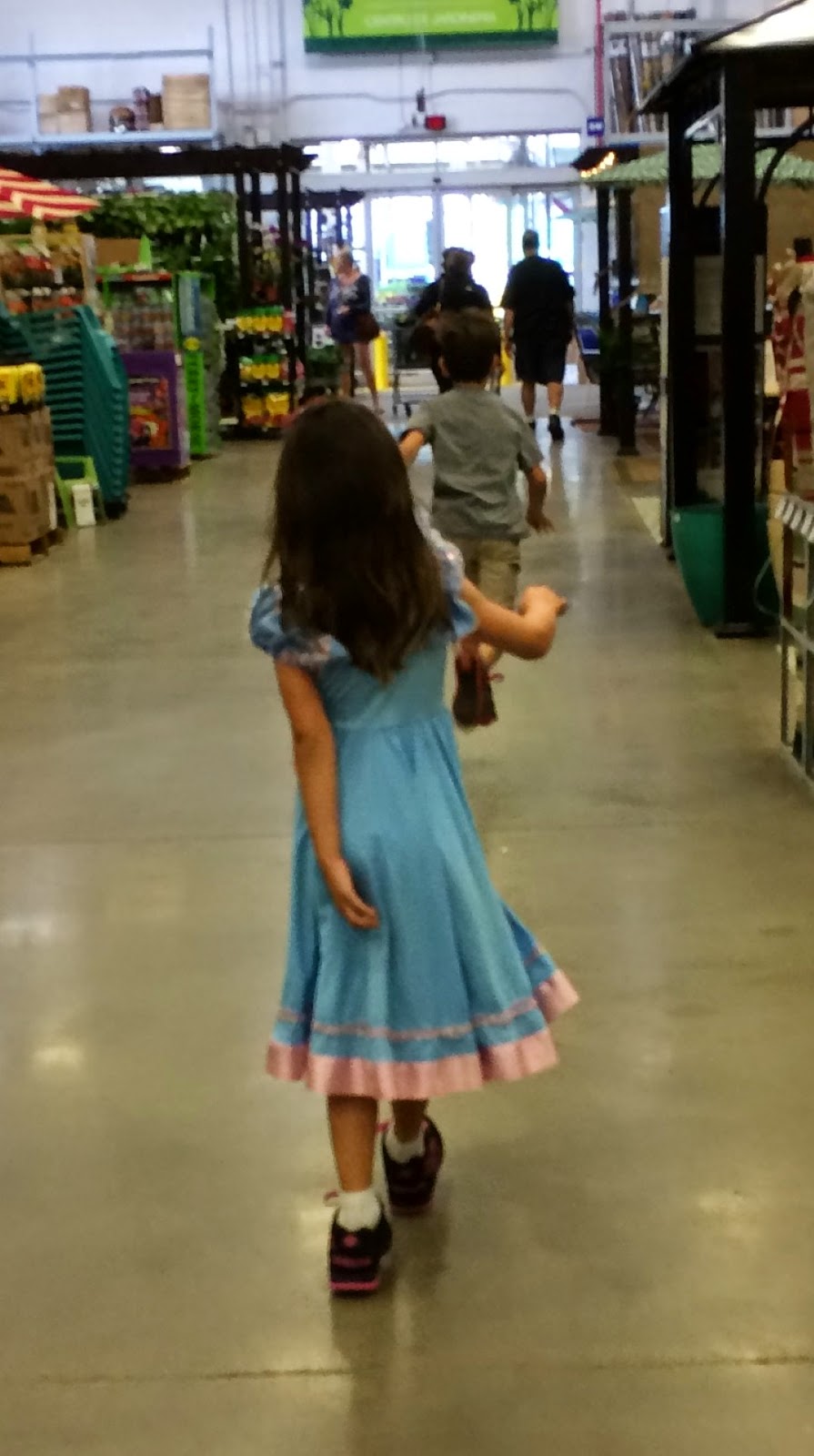 My birthday weekend was somewhat typical because I wanted it that way.  Kendra asked me several times what I want and I honestly didn't know even what to ask.  I think back to other birthday parties where a bunch of acquaintances and friends show up.  Eat something, hang around socializing, sing the birthday song and that's about it.  Most times I'm happy to be there for birthday parties, but I just don't value the big social parties and get togethers much anymore.

Why would I read this negative list?  It keeps my eyes focused on what matters most, that's why!  If you read that list you'll notice THREE out of the 25 are a variation of the same thing:  Time with kids.

13. Taught my kids to do stuff more.  Kids love their parents, but they love doing stuff with their parents even more.  And it doesn't have to be a vacation at the Four Seasons.  It could be raking leaves, learning how to throw a football, or cleaning up a play room together.  We learned all the little habits that we take for granted in our own behavior from mimicking our parents.  If we’re not making the time to do stuff with our kids, we’re robbing them of the chance to mimic us.

20. Spending more time with the kids.  I had an old mentor who used to tell me, “when it comes to parenting, it’s not quality of time that’s important, it’s quantity of time.”

25. Being a better father or mother. ...there’s often been many years that have passed in which we could have and probably should have been spending more time with them.  No situation is ever lost though.  There is always time to improve our relationships with our kids.  But, it can’t wait another day, especially if it’s a relationship that’s been neglected for years.

I will not get to the end of my life with any of these three regrets.  I don't spend time with my twins for the sole purpose of avoiding regrets or proving to them how much I was there.  However, my genuine enjoyment of being their Dad will result in the lack of regrets.  There's a difference.  Spending time with a kid (or a friend or anyone) out of guilt or just so you can say, "see, I spent time with you!" is a horrible, invalid reason for doing it.  The heart matters and Easton and Layla pick up on that even at seven years old.

I took the twins hiking and bouldering, which is kid-friendly rock climbing.  We started out on the trail with plenty of water and snacks in their Camelbak. 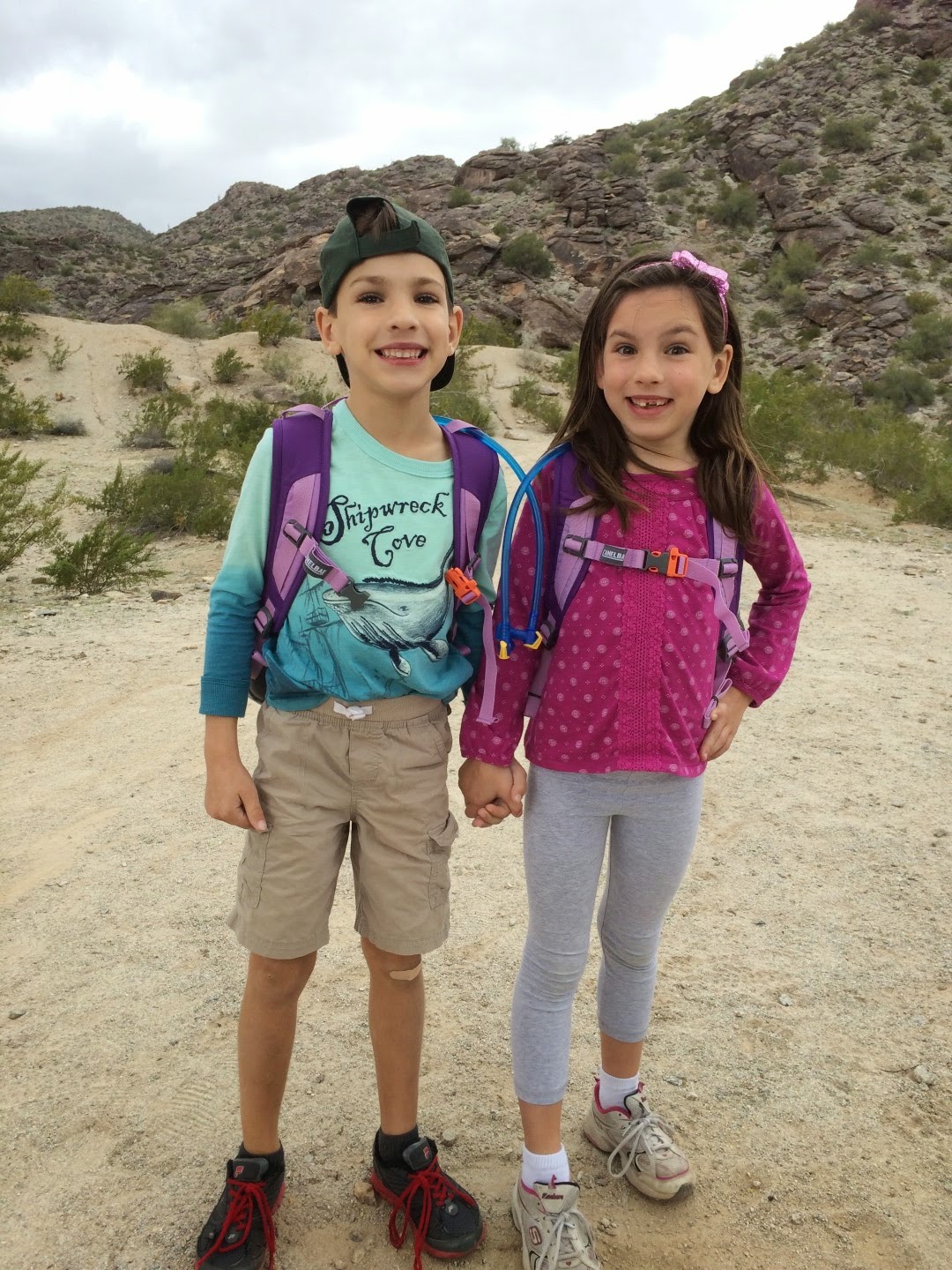 My fitbit said we climbed 37 flights of stairs, but i'm not sure that's entirely accurate.  Easton led part of the way and claimed to be king of the mountain!  He's looking stronger by the day. 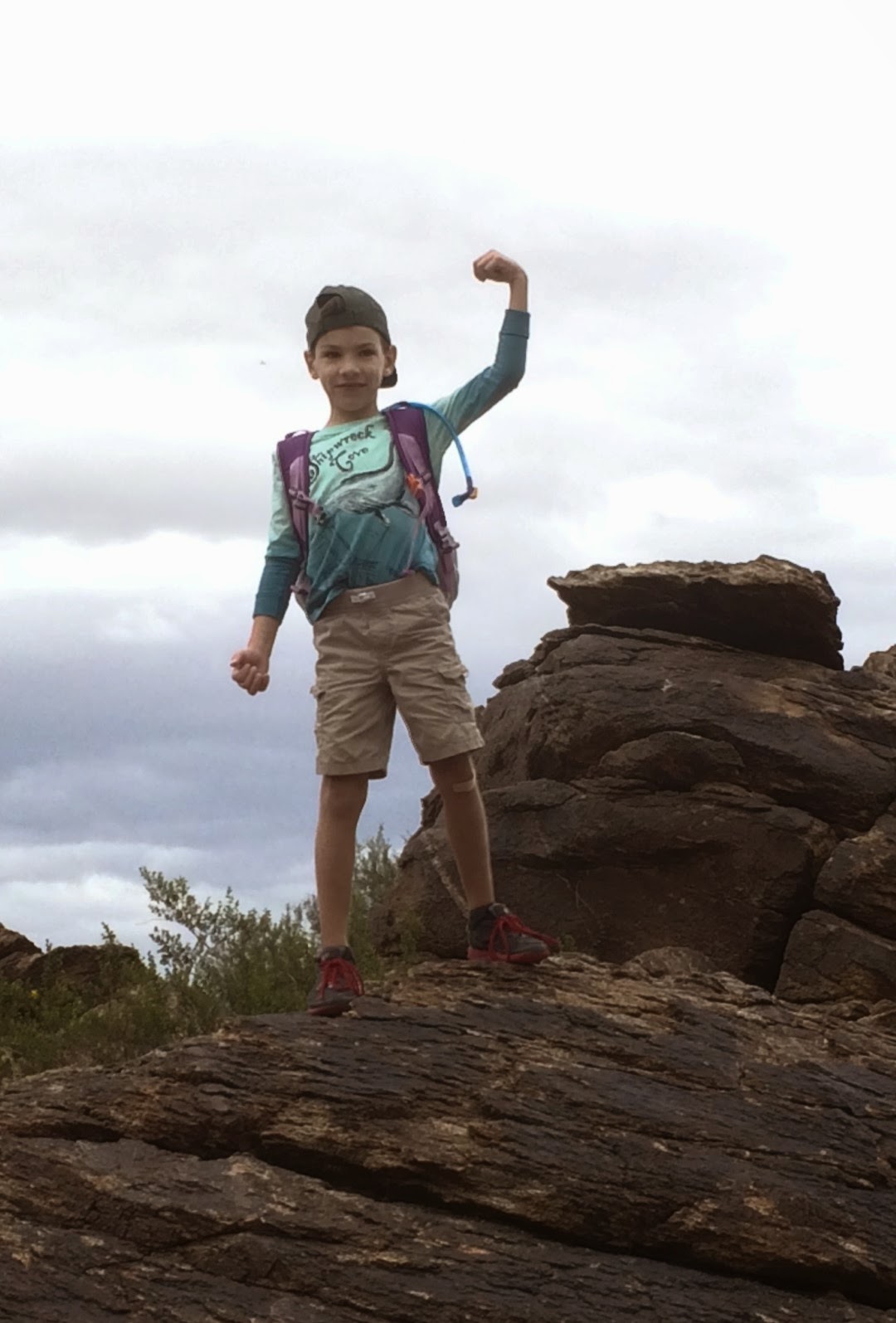 We headed straight up the side of the mountain to find a little nook or cave we discovered last time.  We were off course, but none of us cared.  we just went for a new adventure and kept on smiling. 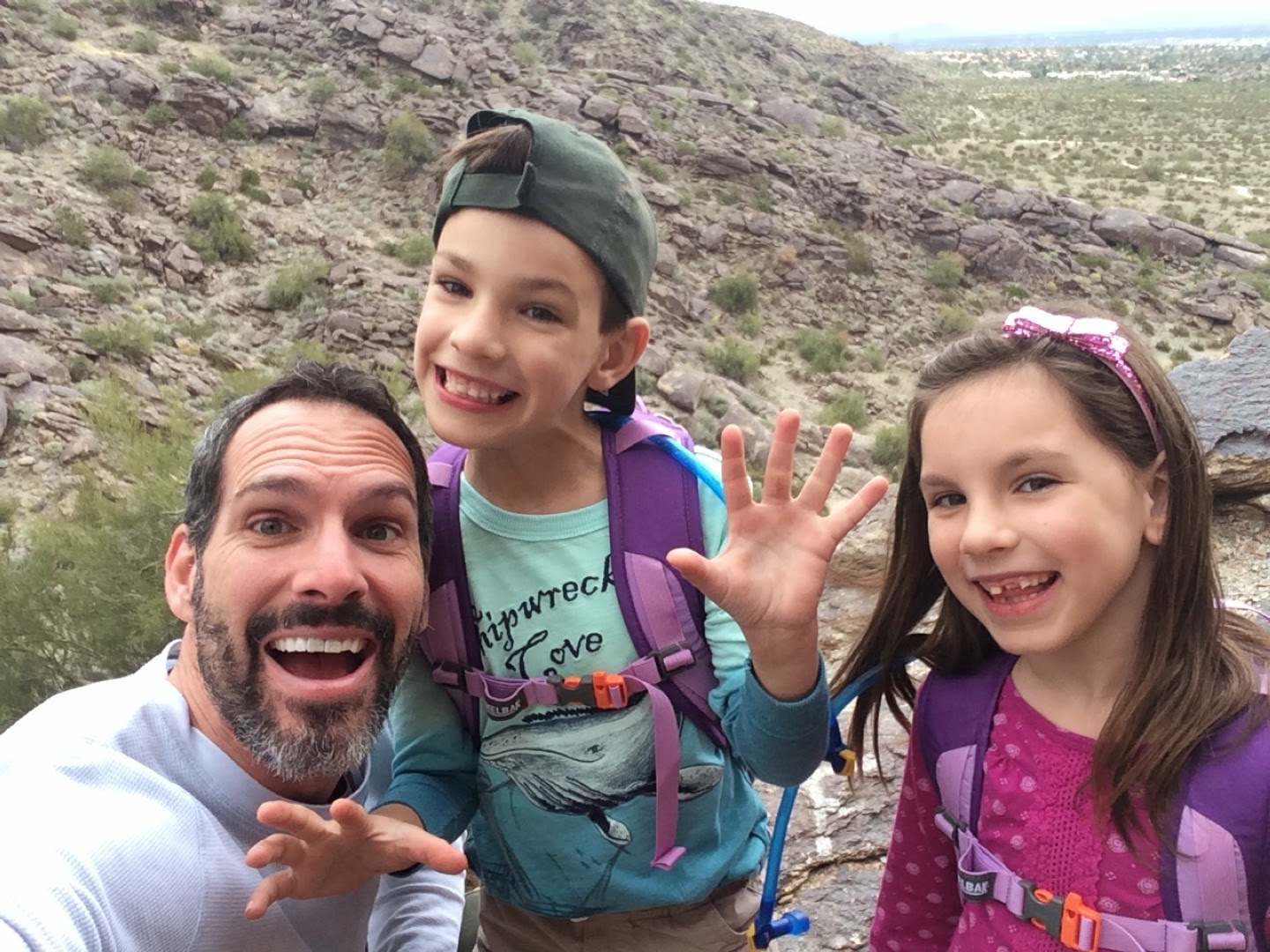 We crested one part of a hill and the twins screamed with delight as we found a cool little cave.  Here's a short video of our great find.


The rocks were a little more dangerous than I prefer, but they follow instructions well and know their limitations.  I was never worried, but I bet Kendra would have been if she was with us. 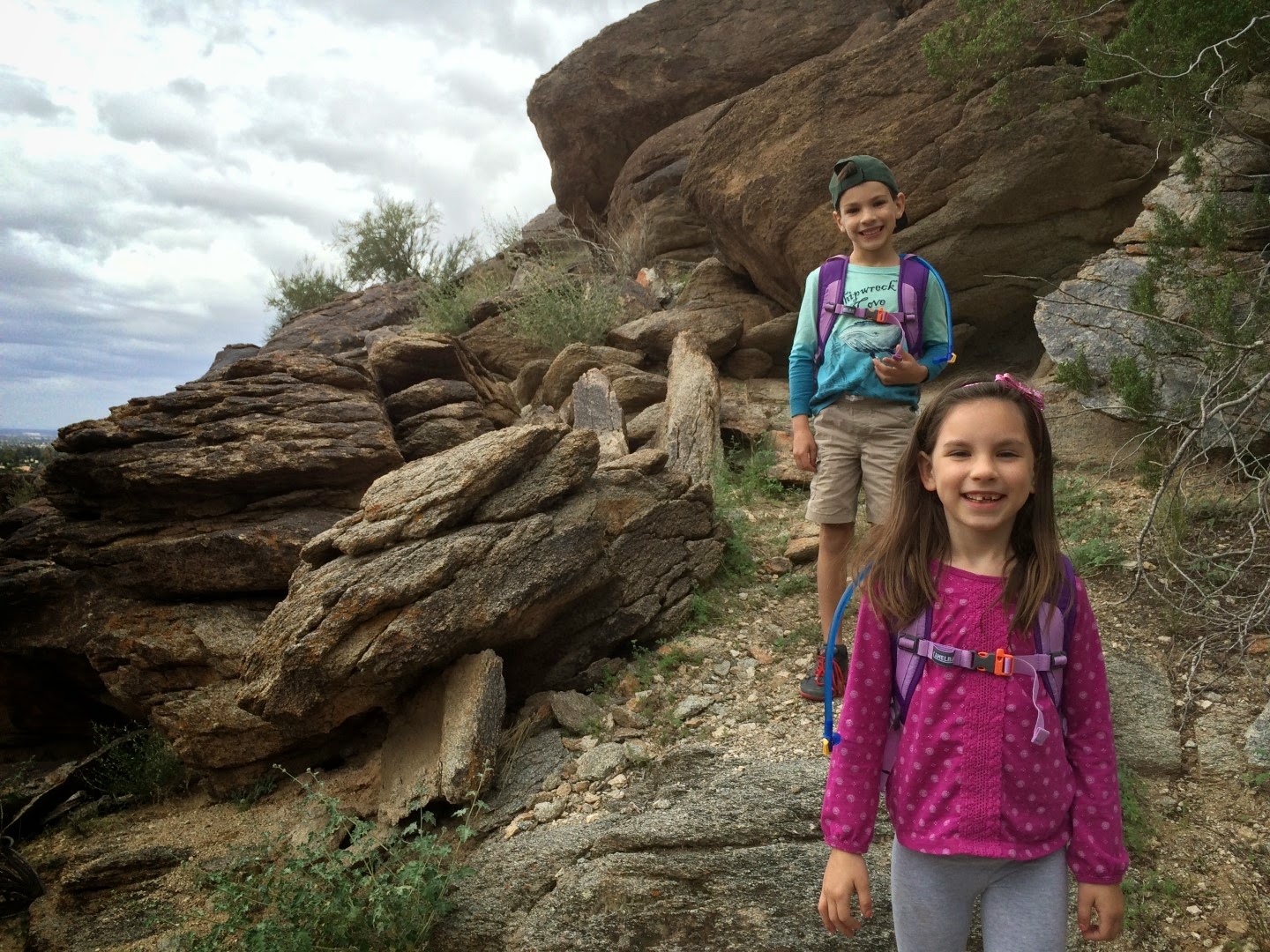 I couldn't ask for a more perfect day for a hike though.  somewhat cool, overcast, slight breeze, and an adventurous time with these two. 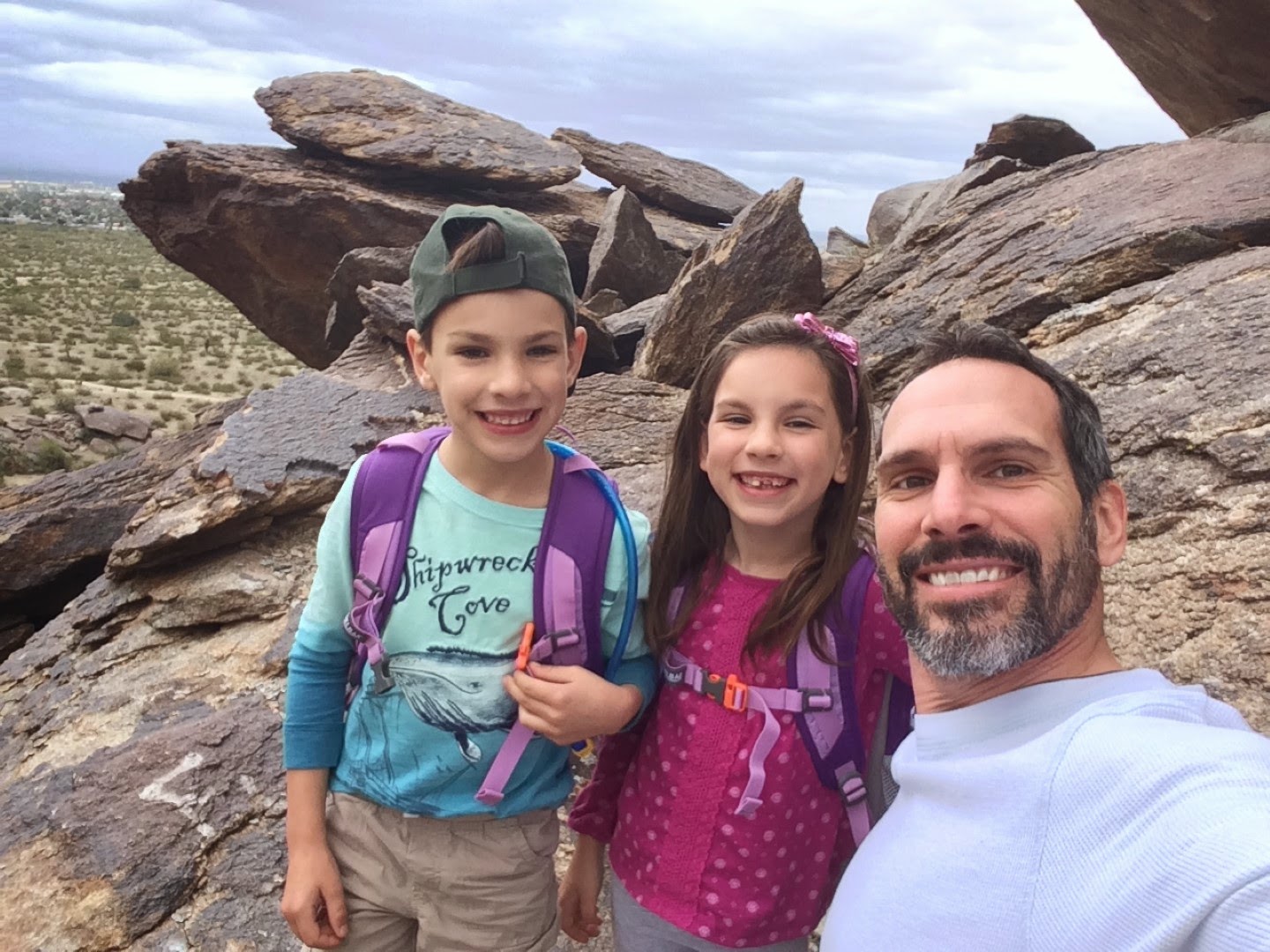 My birthday weekend was unremarkable, but at the same time very satisfying.  Now that the celebration is done, it's time to get back to the business of living!  I've got another 40 years worth of discovering more and more of who I am.  Always remain teachable...