Richer than Tiger and Kobe

I realized an amazing fact this week.  What do Tiger Woods, Kobe Bryant, and I have in common?  Two things...  We are 39 years old and our bodies are showing signs of wear.  However, we have some things that are very different.  For example, they have a few million more dollars than me, but my income doesn't depend on the physical activity required to keep up with 21 year olds.  Those two legends are, by most standards, very old guys in their career.  While I'm over here just getting into my prime with my career.  Would I like to retire at age 39?  well, yes.  Although I am certain that the last 20 years of Tiger and Kobe's lives have been completely consumed with their sport whereas my life has been relatively stress free and 100 times more balanced when it comes to taking time for my wife, kids, giving of my time in ministry, and having hobbies.  Retiring at 39 doesn't sound appealing if it meant missing out on the last decade with Kendra and the past 7 years with the twins.


I am richer than Tiger and Kobe in many ways beyond money.  Easton and Layla alone put me way ahead of those two guys.  I mean, how much is it worth to share a teeter-totter with these two on the other end?  There is no price tag I could put on being their superhero, hearing their giggles and laughs, and riding bikes to the park together. 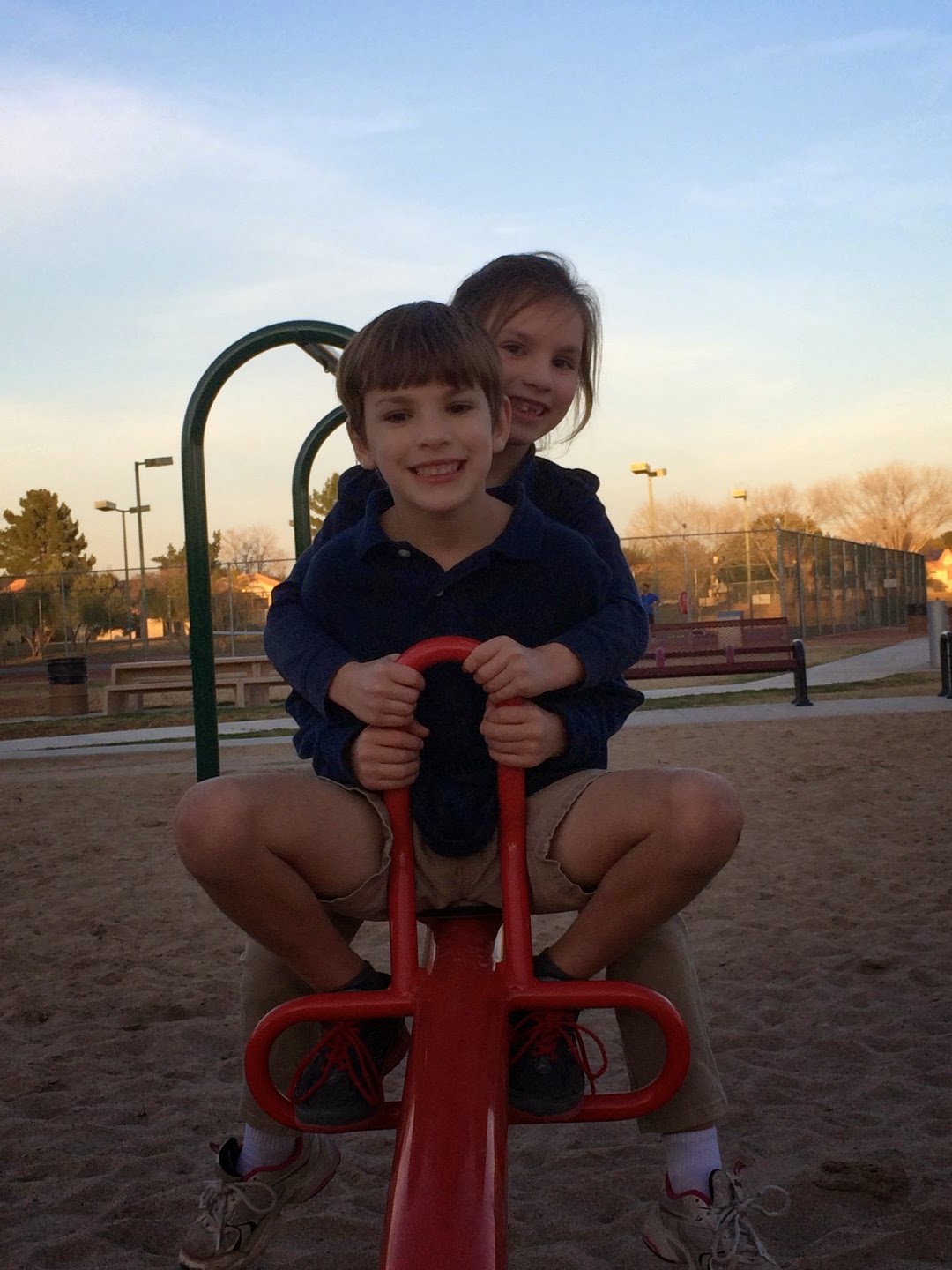 I picked the kids up from school because Kendra is still very sick (but resting).  We stopped by Jamba Juice on the way home and I noticed Easton's shirt was filthy dirty.  He proudly showed me his blood and mud and marker stained shirt. I said, "dude! what happened?"  he said, "you know... just school stuff."  He is 100% boy. 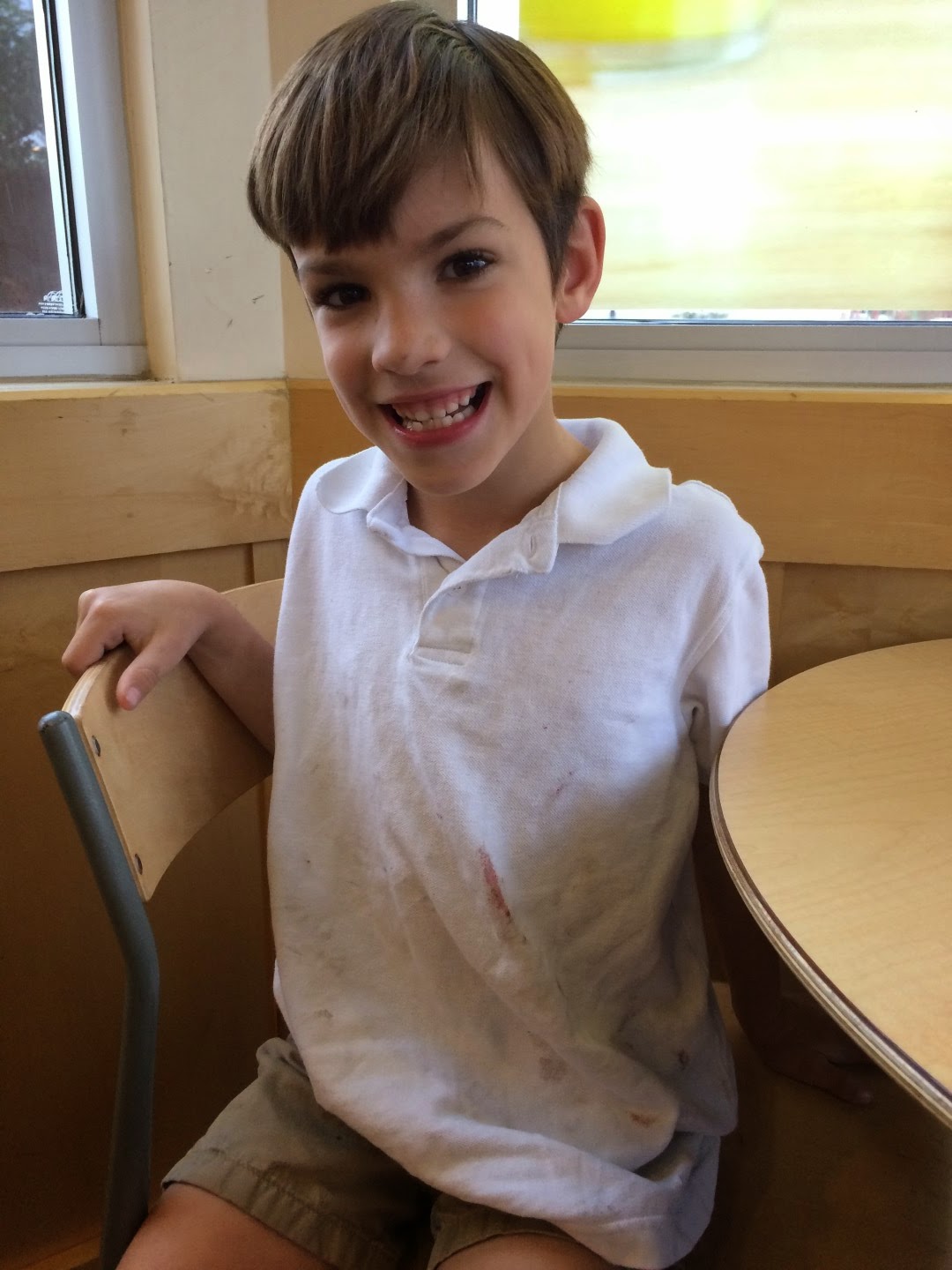 Layla has some victories and struggles to talk about.  The struggle is because she chose to hide her music and movie player in her room and then stayed up very late one night watching a movie.  I'm not sure what is going on with her when it comes to hiding things from us, but we're determined to get to the bottom of it.  The victories are in school work and self-confidence.  She scored well on her standardized testing and is getting more and more comfortable with math problems.  her new front tooth is on it's way down and the other one is starting to wiggle it's way out. 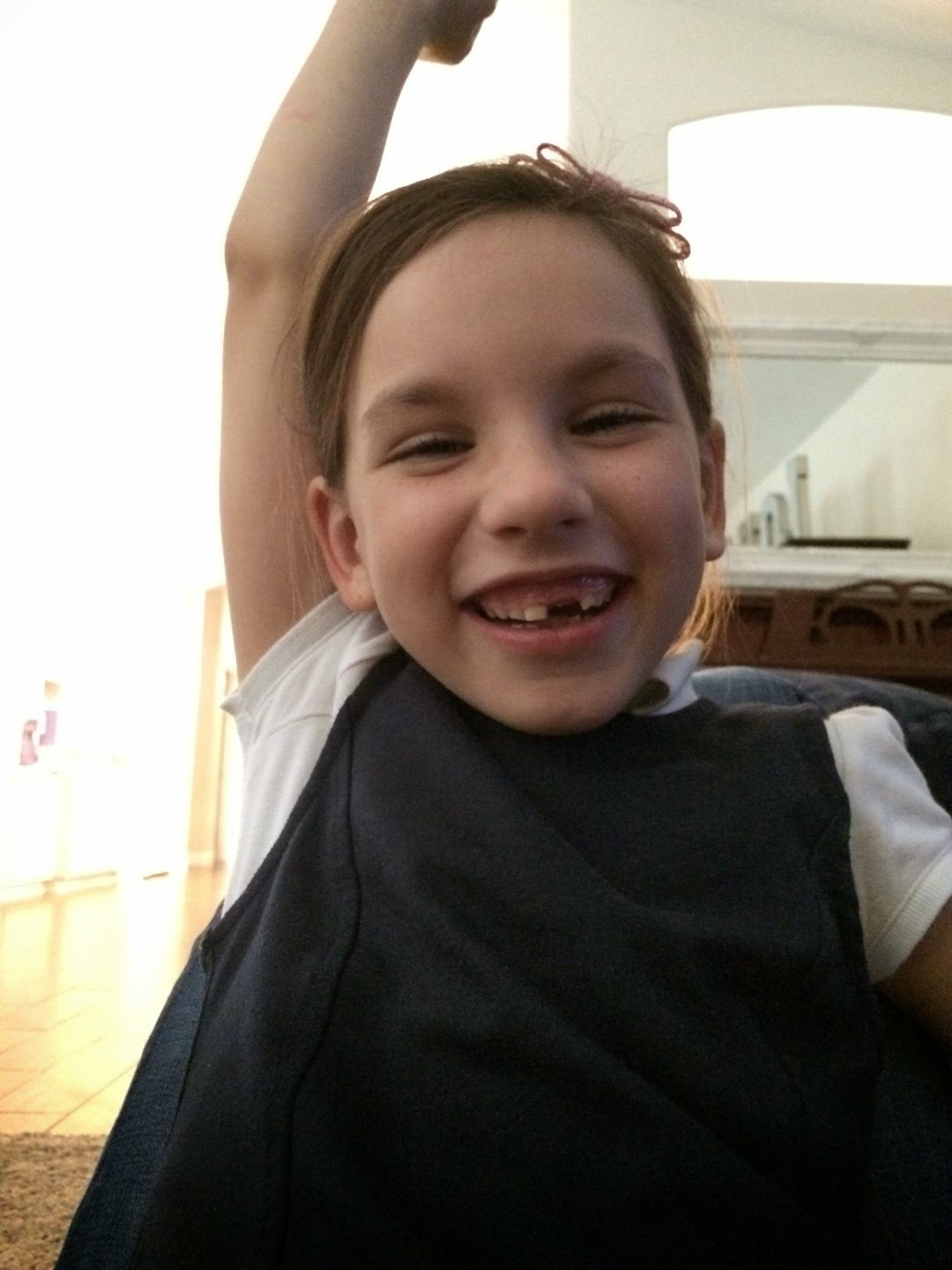 Our house is being used as a training ground for ministry.  This is what we envisioned three years ago when we moved in.  We are leading such a large group of leaders that this is the only place big enough to conduct training. Just being a part of the group brings a smile to my face. 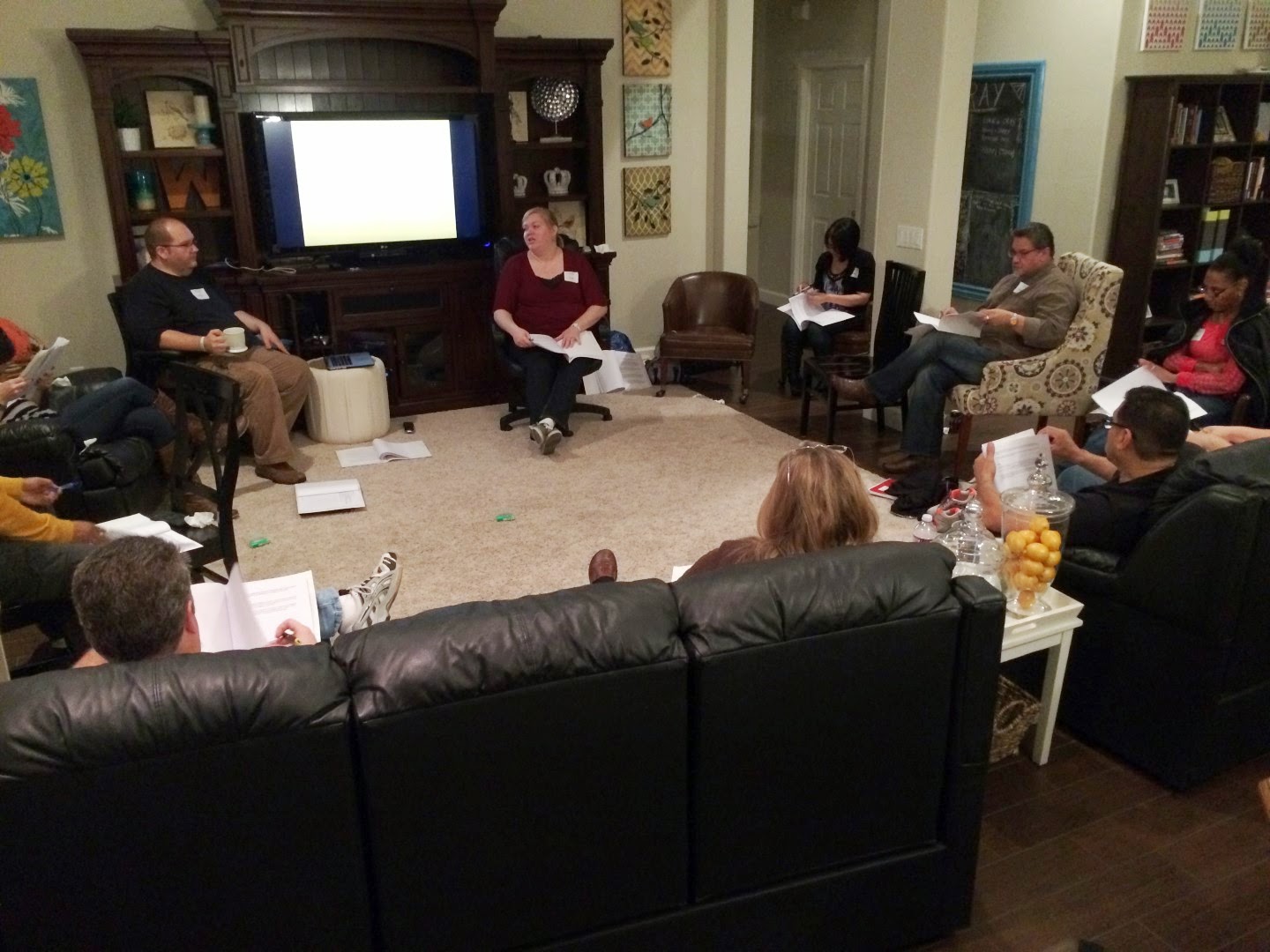 Speaking of our house...  I'm not a great handy man, but I fixed a problem that's bugged me since I first spent time in this house 16 years ago with Aunt Mary.  The laundry room out to the garage is always dark.  The light switch on the wall is constantly moving because I can never find the switch when i come in or go out.  I fixed this by swapping out the switch for a motion detector.  It works like a charm and will probably be the best $20 I've spent on the house in a long time.  I like to celebrate the little victories... 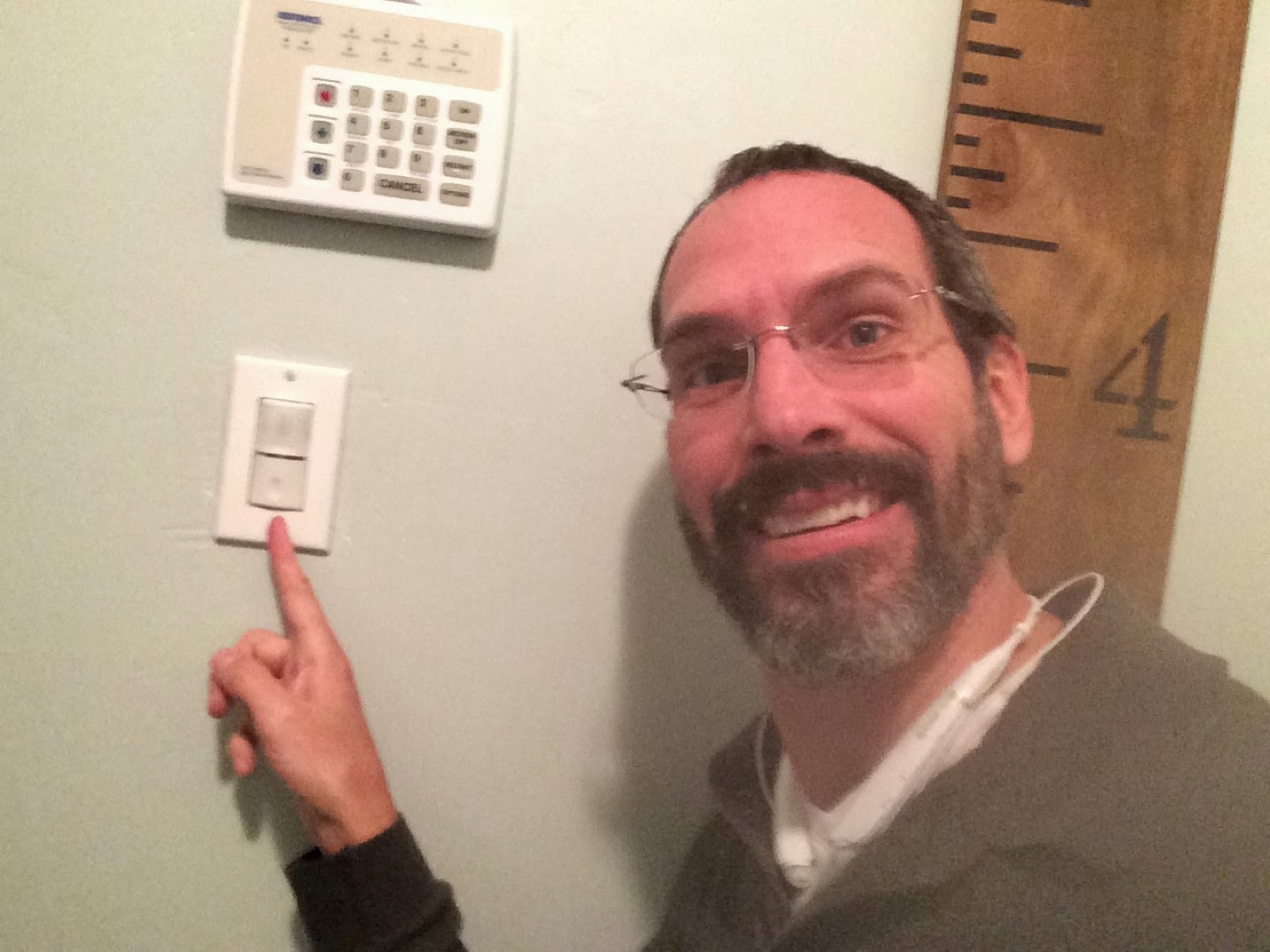 Easton and Layla are proficient enough in riding bikes that we can make it 1.3 miles to the wee-bump park.  We call it that because when they were two years old they would go down the slide and I'd say "weeeeeee, BUMP" as they fell off the end and hit their butt on the sand.  They installed lots of new playground equipment since last year so they are excited to go play.  The teeter-totter is a big reason they like it here. 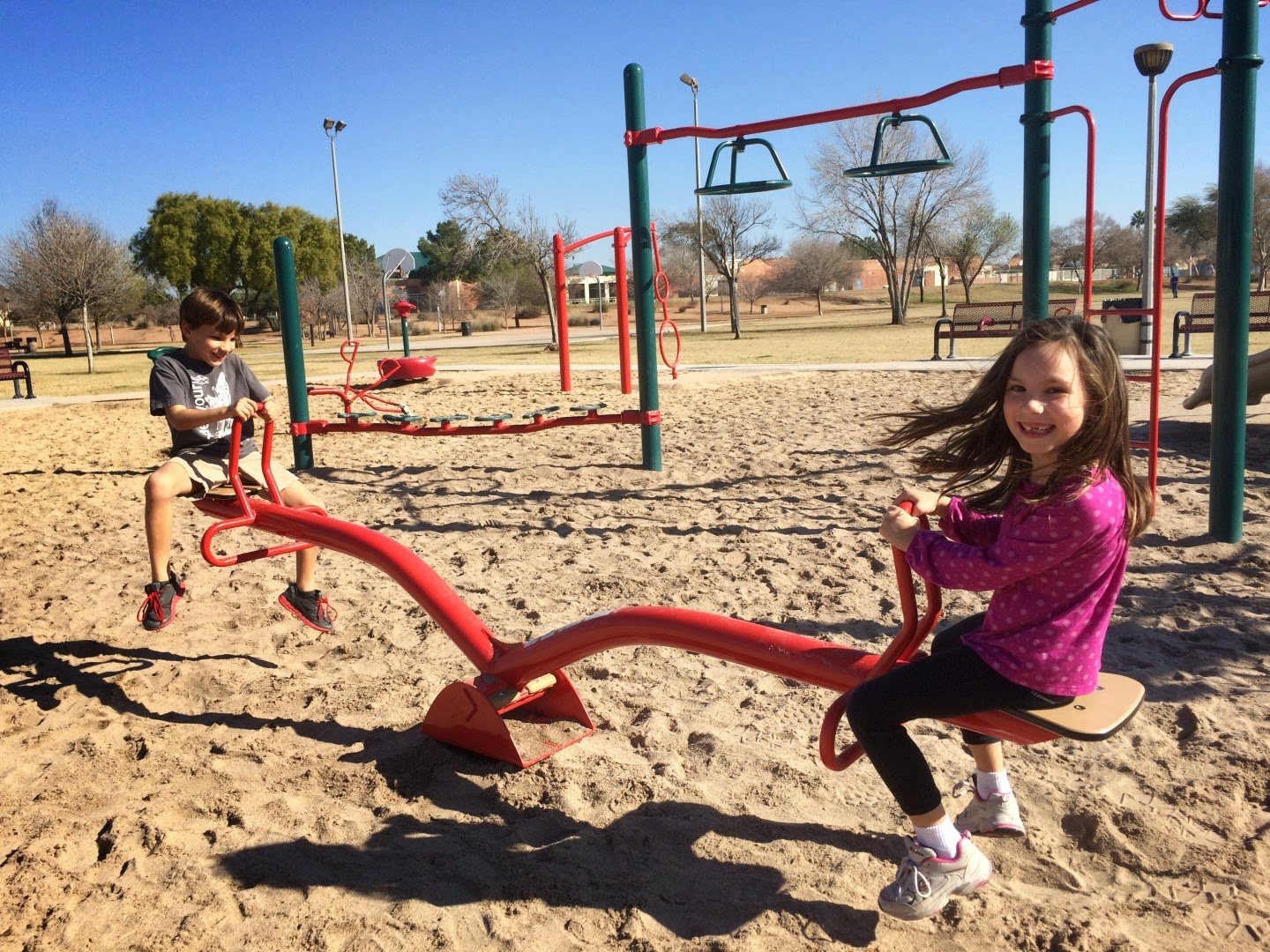 and here is the slide I mentioned.  They still get lots of enjoyment from sliding down and climbing up. 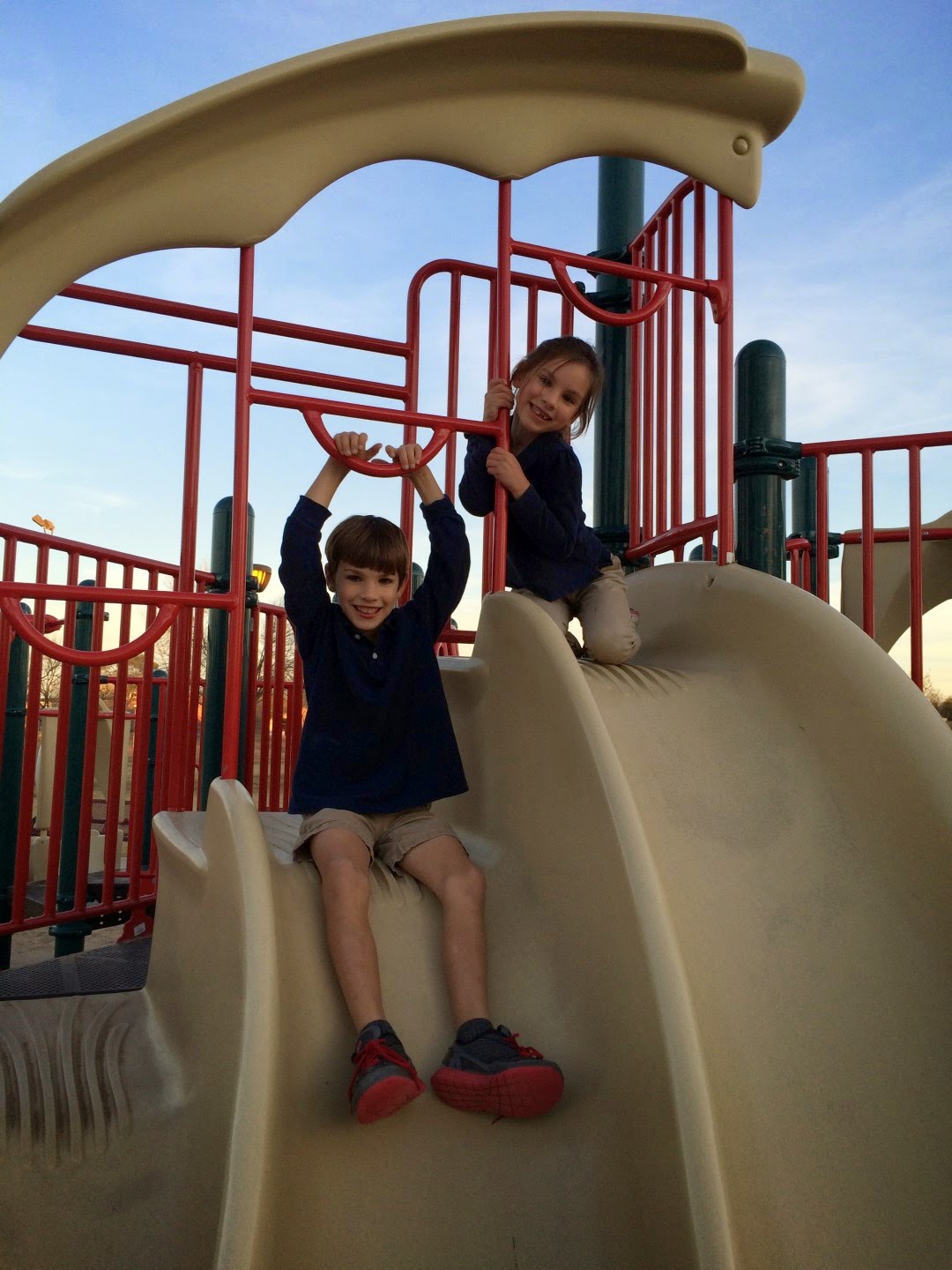 Superbowl was the finish line for our slightly stressful week.  We spoke at three services for church and managed the whole thing while the pastor is out of state.  It's one thing to be allowed into the pulpit, but it's a whole 'nother level of trust for the pastor to not even be in the same state for the weekend.  We made him proud, i think.  Kendra and I were both coming down with another round of flu-like symptoms in the days before our time on stage.  We held it together very well though.  After the Sunday morning services we went straight home and hosted and all-day Superbowl party for our friends.  In hind-sight we should have just said "too bad, we can't do it." but we opened our house and fed 20 or so people.  I'm glad we did because entertaining and friendship is a real source of enjoyment for me. 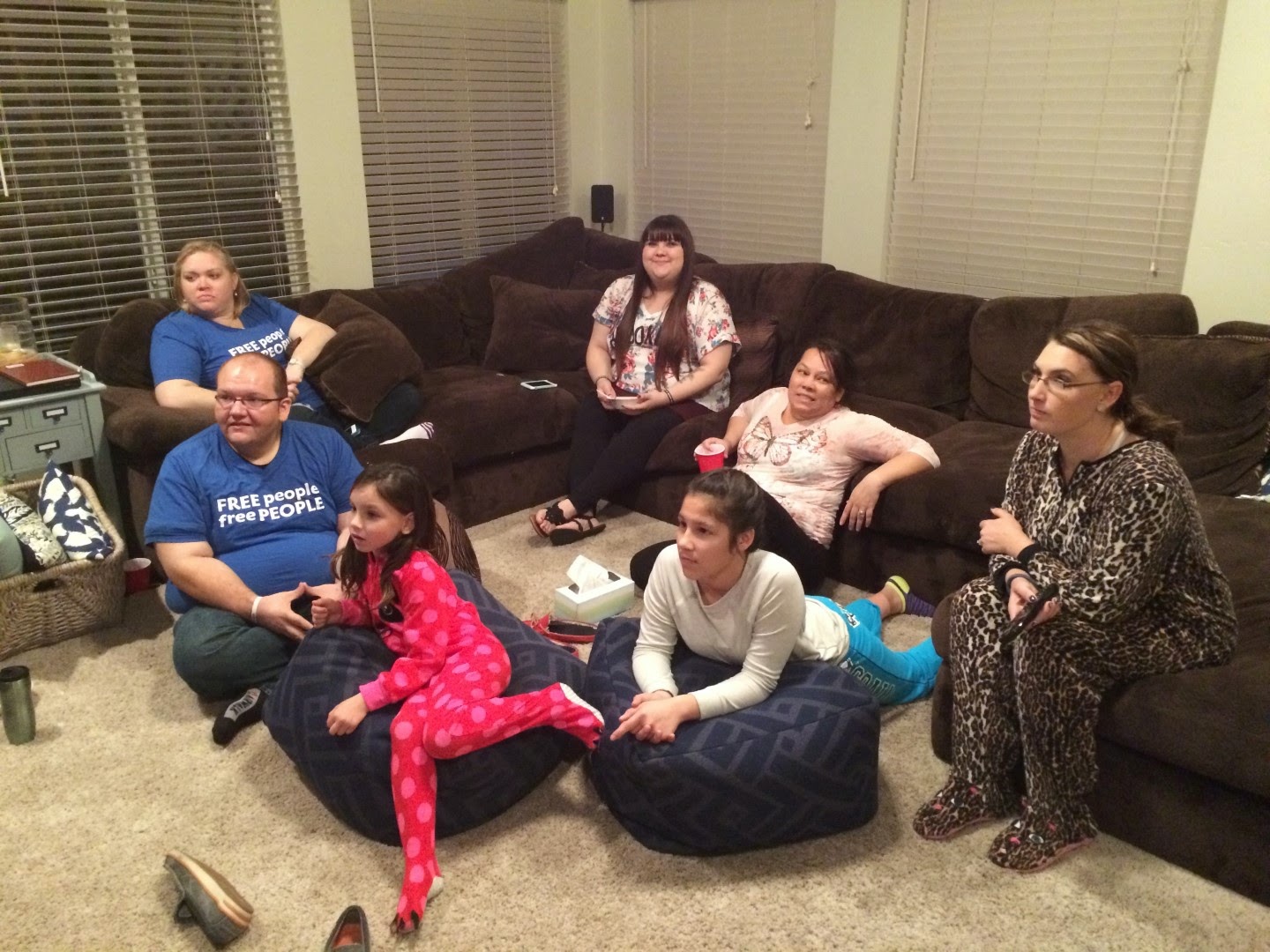 The video feed wasn't captured correctly so this is the only proof we actually did it.  We hoped the video was captured and would be made available, but that's not going to happen.  Oh well...  We made it through the most intense speaking engagement to date and reached about 600 people with the message of freedom! 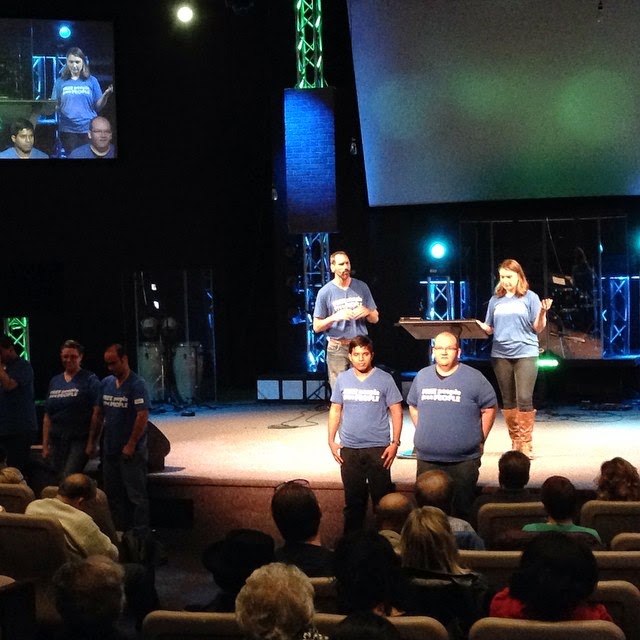 Both 8-week classes start next Sunday and Wednesday. we'll be gearing up our team to start helping people in need.  There are a lot of hurting people in the world.  We are highly focused on helping people find their identity in God and believe the truth about who they were created to be.  Life is good.