I feel a small sense of vindication for my nazi-like tenacity of keeping the twins on a sleep schedule.  The recommendations for age categories from newborns to older adults were published this week in the foundation's journal Sleep Health.  Here are their recommended sleep times:

Easton and Layla are six, turning seven on Saturday.  That means within the past year they moved from the 10-13 hour range to the 9-11 hour range.  For the past 4 years or so they've gone to bed around 7:00 and slept from about 7:30pm to 6:45am every night.  That's 11 hours regularly.  Even so, I still endure Layla's slow, crabby wake up every morning.  Easton pops up like a happy bouquet of fake flower out of a magician's wand, but then again he sleeps like a hibernating prairie dog.  I'm not judging other parent's sleep enforcement, but a six-year-old going to bed at midnight and waking up at 6:00am is completely insane and unhealthy.  Layla asked me, "Why do some parents let their little kids stay up so late?"  I said, "Because they don't know any better".  Not much else I can say to that.

Anyway, the big news around our house is that Daddy hence forth decrees the "lights out" bedtime for Easton and Layla will be moved from 7:00 to 7:30.  Basically I'm giving them 30 minutes of reading time in bed if they make good choices during the day.  We'll call this a test phase and see how it goes.

At some point in fatherhood, the focus of my caring shifted dramatically.  I used to care what other people thought about me. I devoted my money and time towards ensuring my outwardly visible life was cool or acceptable.  However, now I have no cares at all when it comes to that.  I am genuinely shameless now.  I used to even care about how things looked to others even when no "others" were around and I was alone.  The shift happened somewhere close to when Easton and Layla arrived on Earth seven years ago.  Now I go out in public in my zip-up UniLazy onesie and drink from My Little Pony cups.  Part of my personal journey of freedom is being free from other people's views and opinions of me. 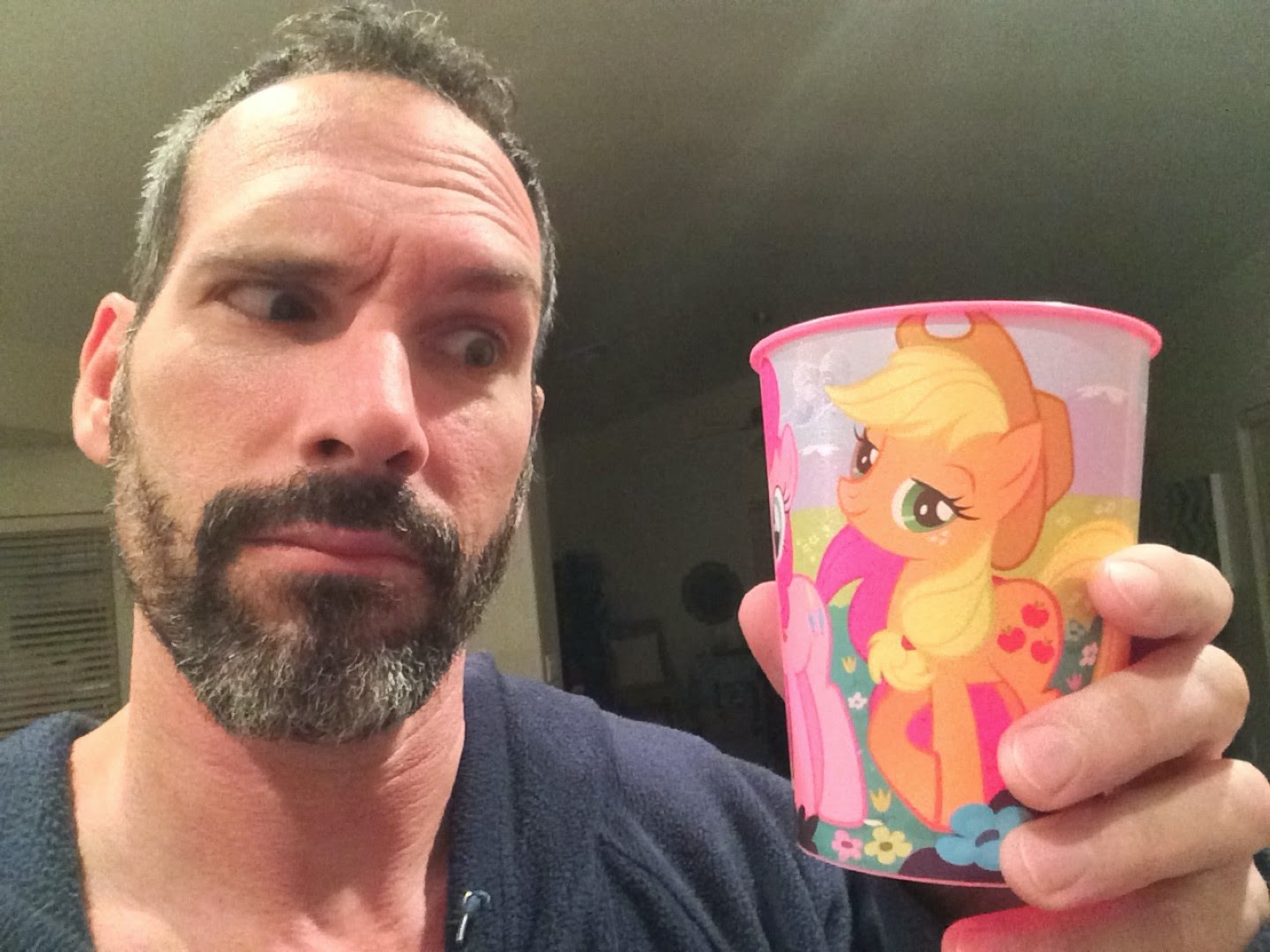 One of my proudest moments as a father happened the other day while Kendra and I drove the kids to school.  We were talking and I heard Layla's voice turn into story-telling tone.  I turned to see the two of them reading a book of Bible stories. They were both intensely interested and paused occasionally to discuss the details of a story.  It is possible to force kids to go to church, but it's not possible to force them to have a desire for the things of God.  We are blessed to have Easton and Layla voluntarily seeking God on their own.  Another fun conversation we had around the big bang theory ended when I said, "and what do those people say when you ask who made the stuff that exploded during the big bang?"  Silence...  Easton said, "I bet they don't have an answer for that."  He's right. 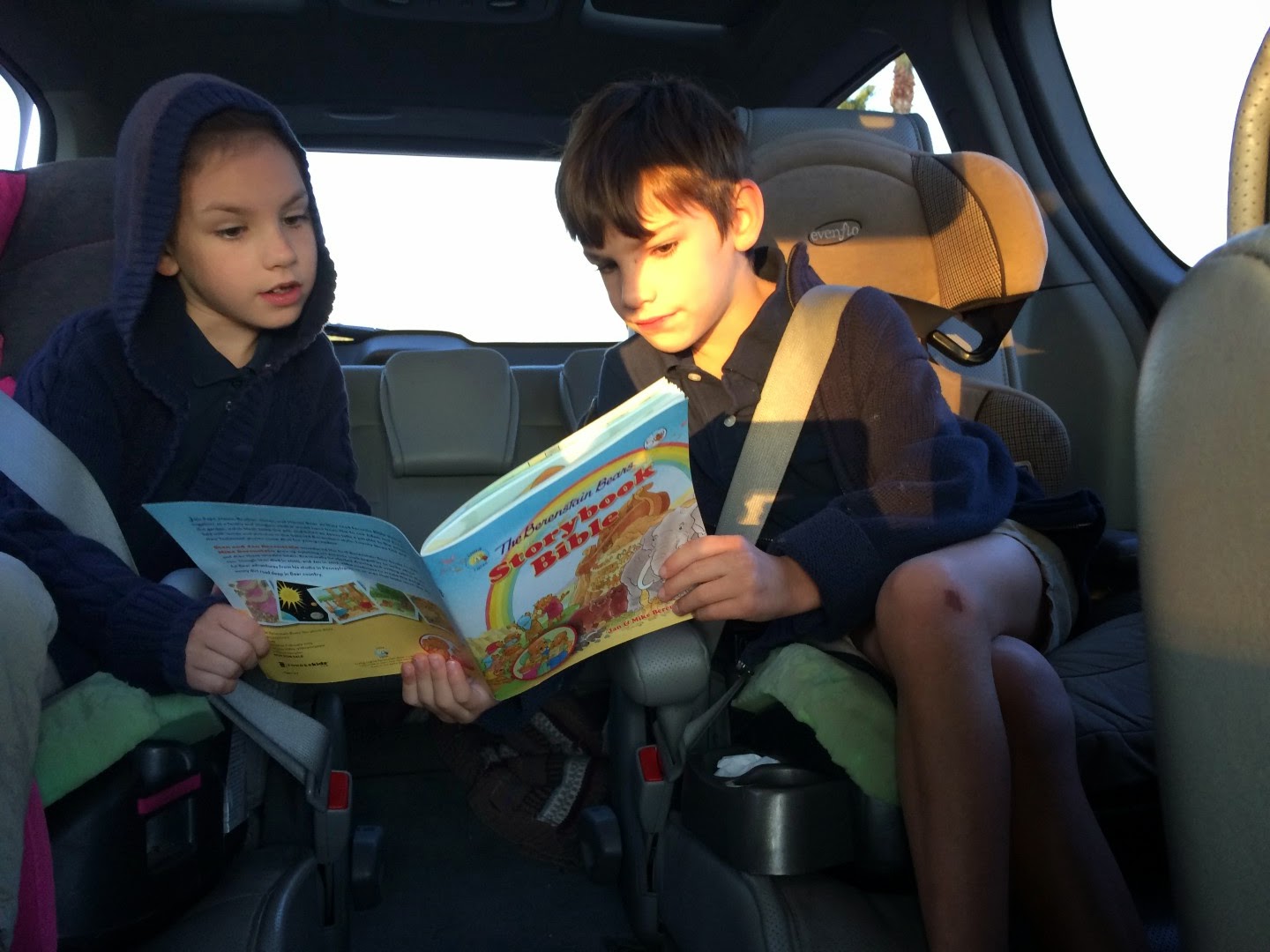 I am coming out of the longest lasting sickness I've ever had.  Almost 6 weeks of wheezing and sneezing.  The past few days gave me a little peek into what it feels like to be "well".  It's been so long that simply feeling normal and healthy is amazing.  A coworker asked me, "where do you want to go for lunch?"  I saw my calendar was open for the hour after lunch so I said, "I want to go to the trail and eat some dirt and fiber". (my bike frame is made of carbon fiber)  I went home, loaded up my gear and rode for over an hour straight.  Felt so good I was literally howling like a coyote going down the mountain. 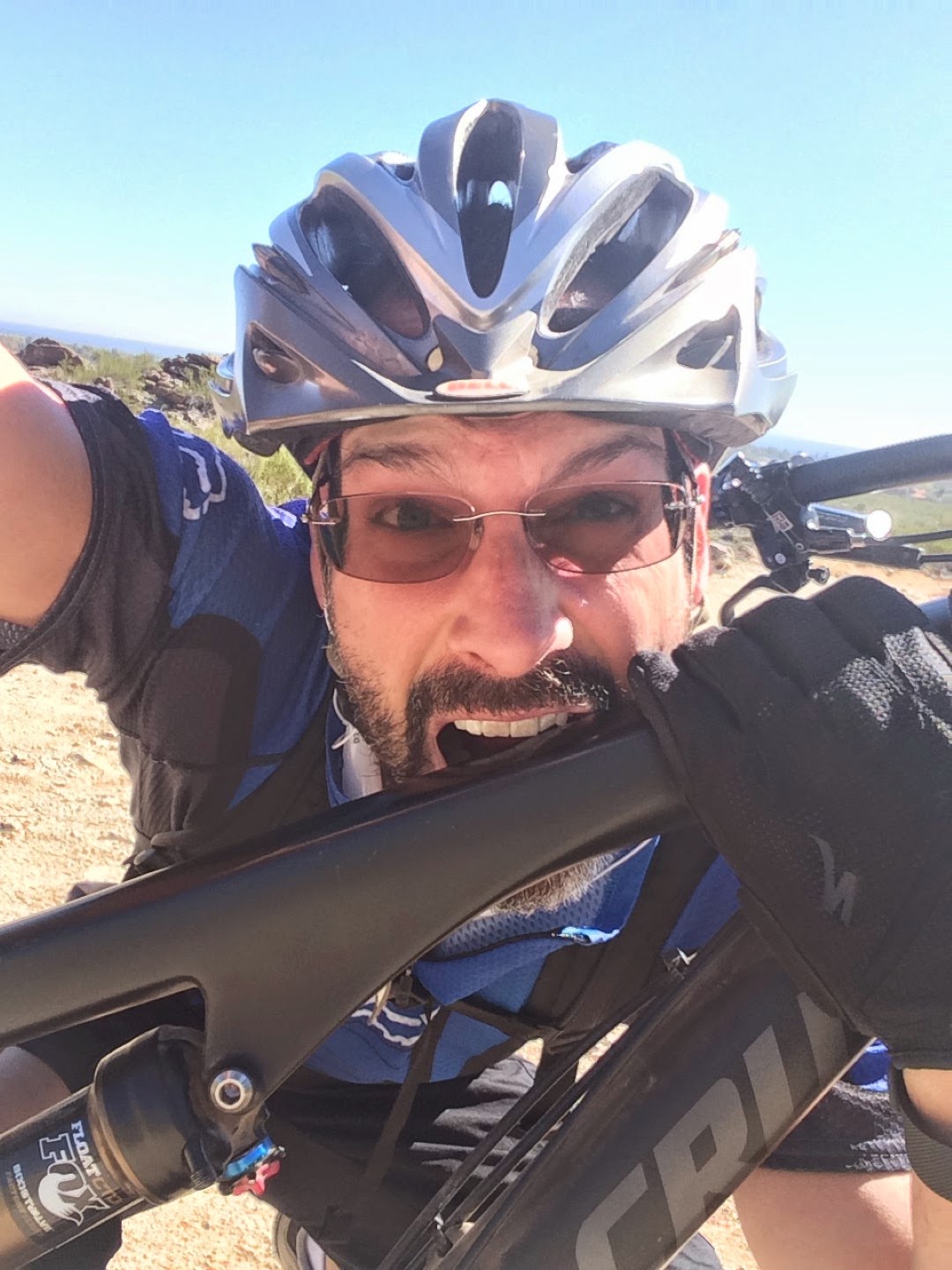 The past few weeks have been so insanely busy that I didn't even notice that a groupon was about to expire.  I've been waiting for the 4 Webbs to have an evening free to go rock climbing at the indoor gym.  That never happened and since Kendra is still sick and healing from back problems I knew she wouldn't make it out with us.

The twins and I showed up after school and climbed for over two hours.  They were overwhelmed by the size of the indoor facility and the number of rock walls to climb.  I relearned how to belay someone and then taught the twins how to tie their rope.  Layla is so strong she pulled herself up the walls using her arm strength.  not exactly the best technique, but it works and she's learning well. 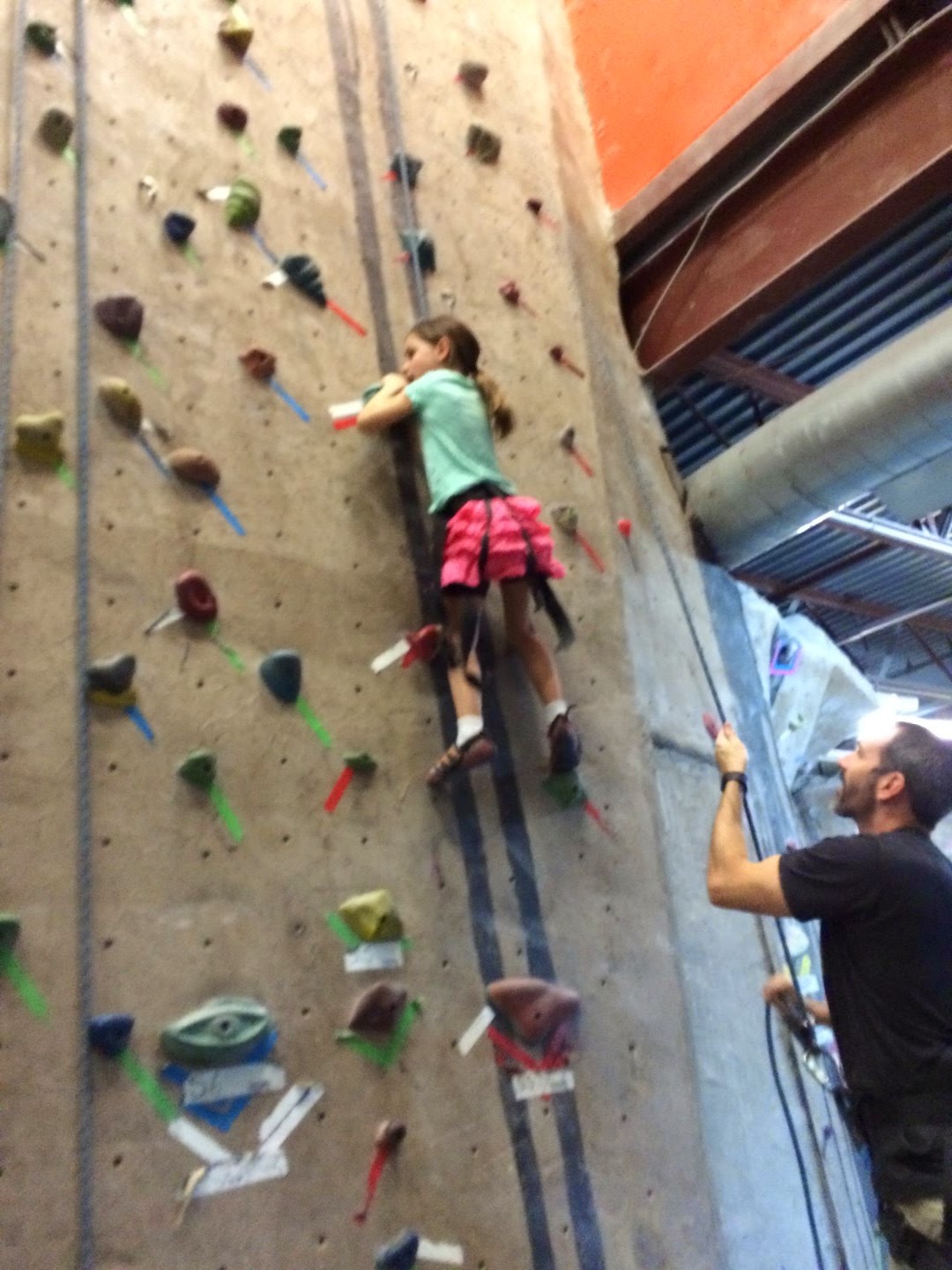 Easton was more interested in playing with the ropes than in climbing them, but he did really well.  He wasn't able to reach the top of the wall, but not for lack of strength.  His issues were related to beliefs and fears.  He trusted me and the rope and wall, but once he got to a certain height he would give up and enjoy the ride down. 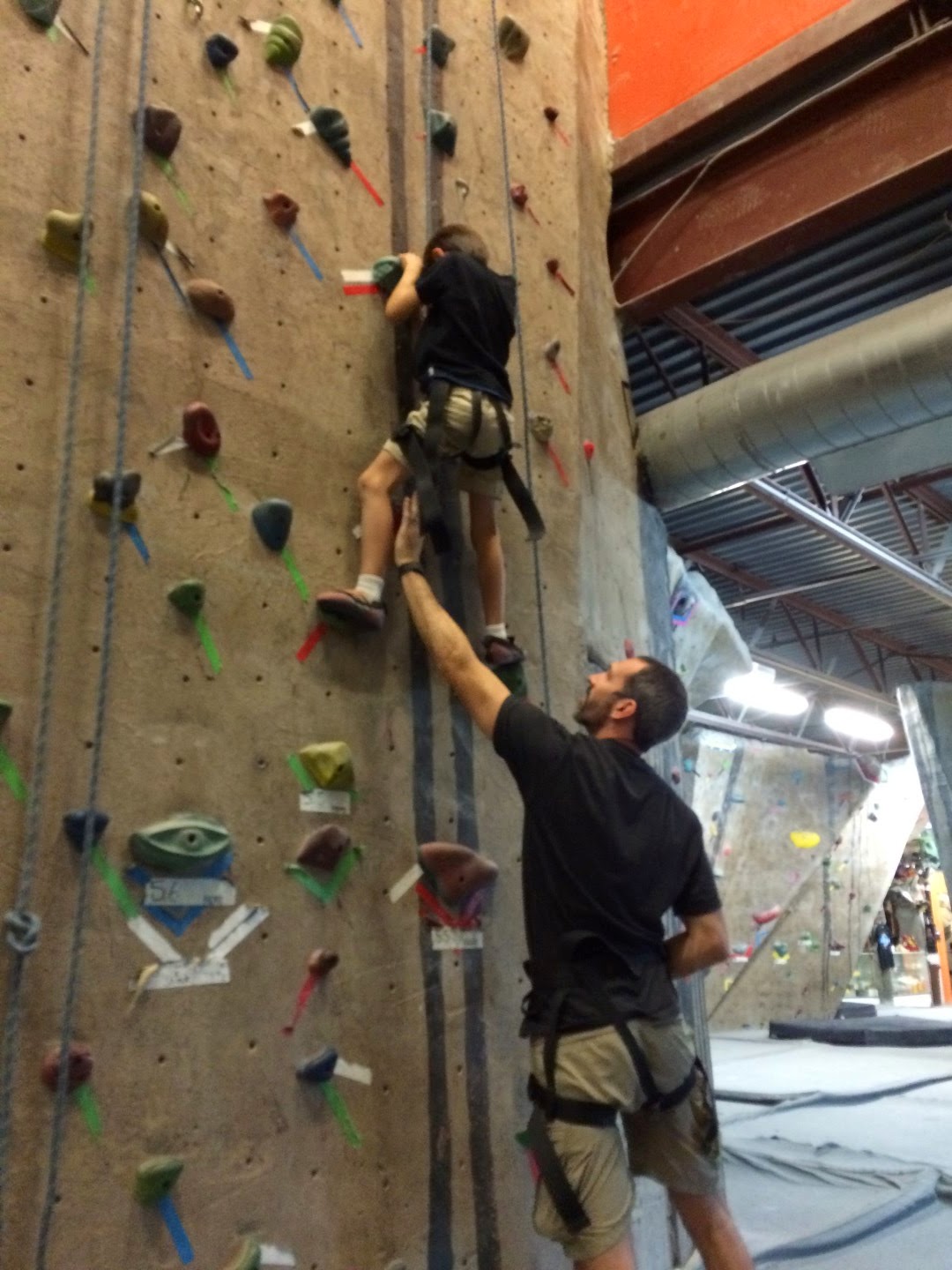 We wore our Star Wars shirts together.  The main point was to have some silly kid play fun with them.  We absolutely accomplished that here. 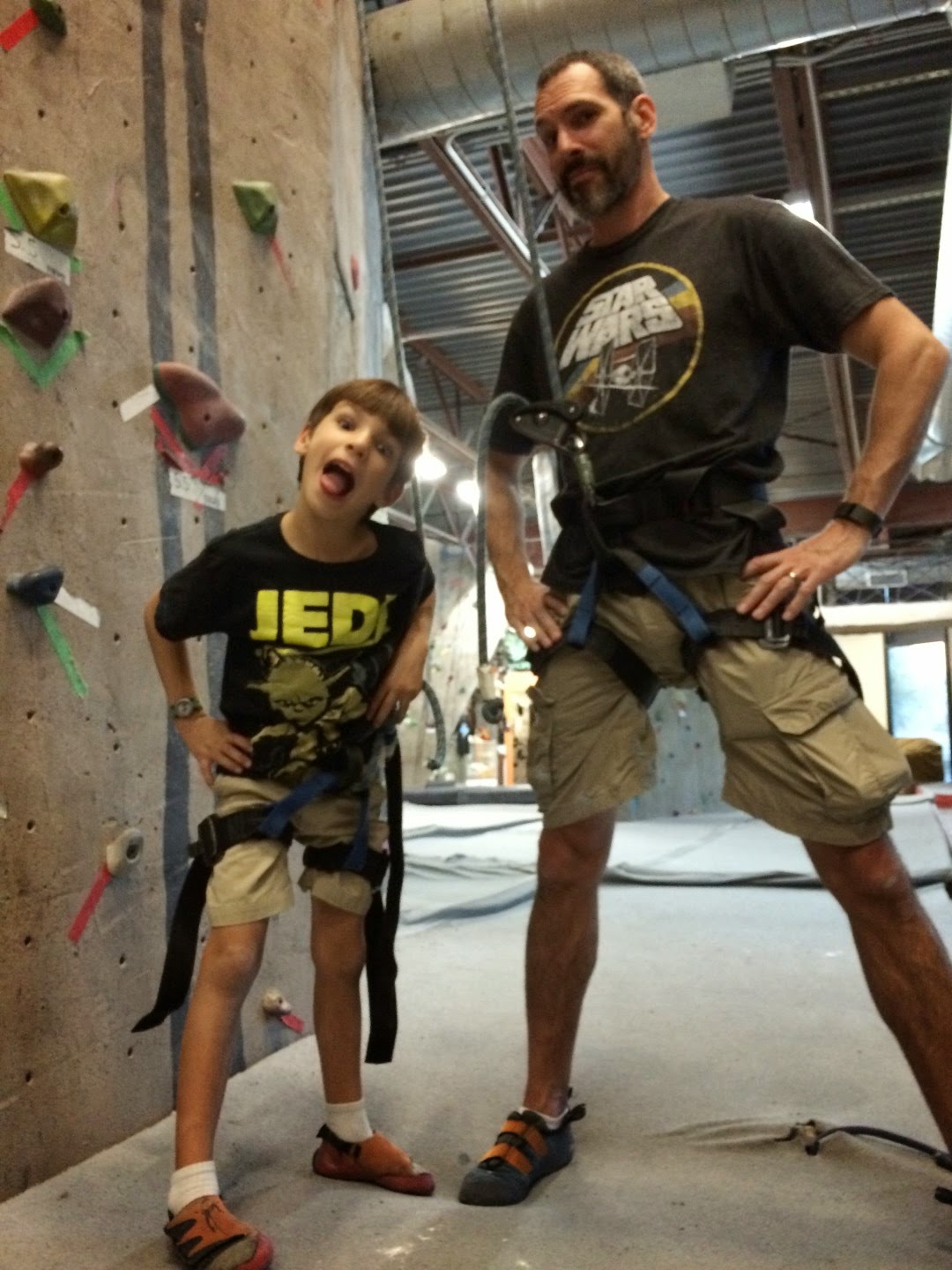 They asked when we can come back and begged me to stay longer this time.  I don't think we have time or money to add another sport into their weekly routines, but I foresee this being a once-a-month outing... especially if they have A/C in the summer. 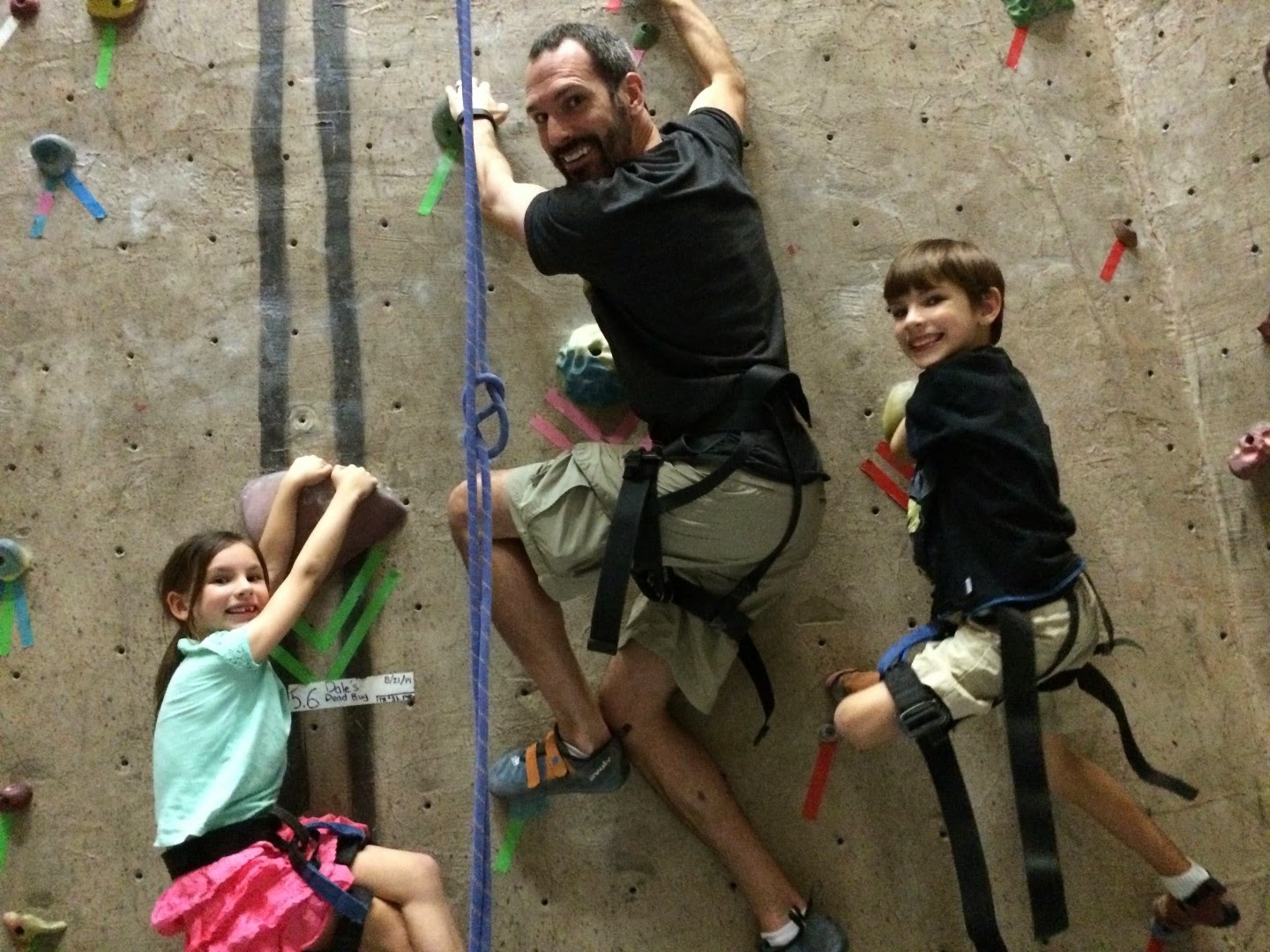 We are all excited for their birthday weekend, but will miss having family around.  This will be the first time I can remember where we have NO family visiting around their birthday.  There are plenty of circumstances and justifiable reasons why so don't think I'm giving any of you all a guilt trip.  We love to have family around and even more so when a birthday celebration is on tap.

Kendra and I decided not to do a big party this year.  We're kind of partied out from hosting events non-stop.  Our plans are to invite our friends and their two kids over for a birthday weekend.  The whole family is staying with us!  Easton and Layla want everyone to go ice skating and play games at home.  No problem!  We can certainly do that.