Thanks for the comment on my last past, Mamma.  I'm glad to know you are still enjoying the blog!  The 4 Webbs are passing around a strand of some virus that won't leave us alone.  Kendra and I have been coughing like a symphony of phlegm.  Easton and Layla are past their 10 day cycle of fever, coughing, and sluggishness.   Our house sounds like a Nyquil commercial.  We are all on the downhill side of this mountain of mucus so victory is in our sights!

Life goes on, even for sick parents.  Ouma and Oupa left us.  I'm still a little bitter about that, but i know they had to go home sometime.  Oupa had several rounds of rough-housing in the den.  They giggle, attack, laugh, squeal, and have a crazy fun time wrestling with Oupa the strong man. 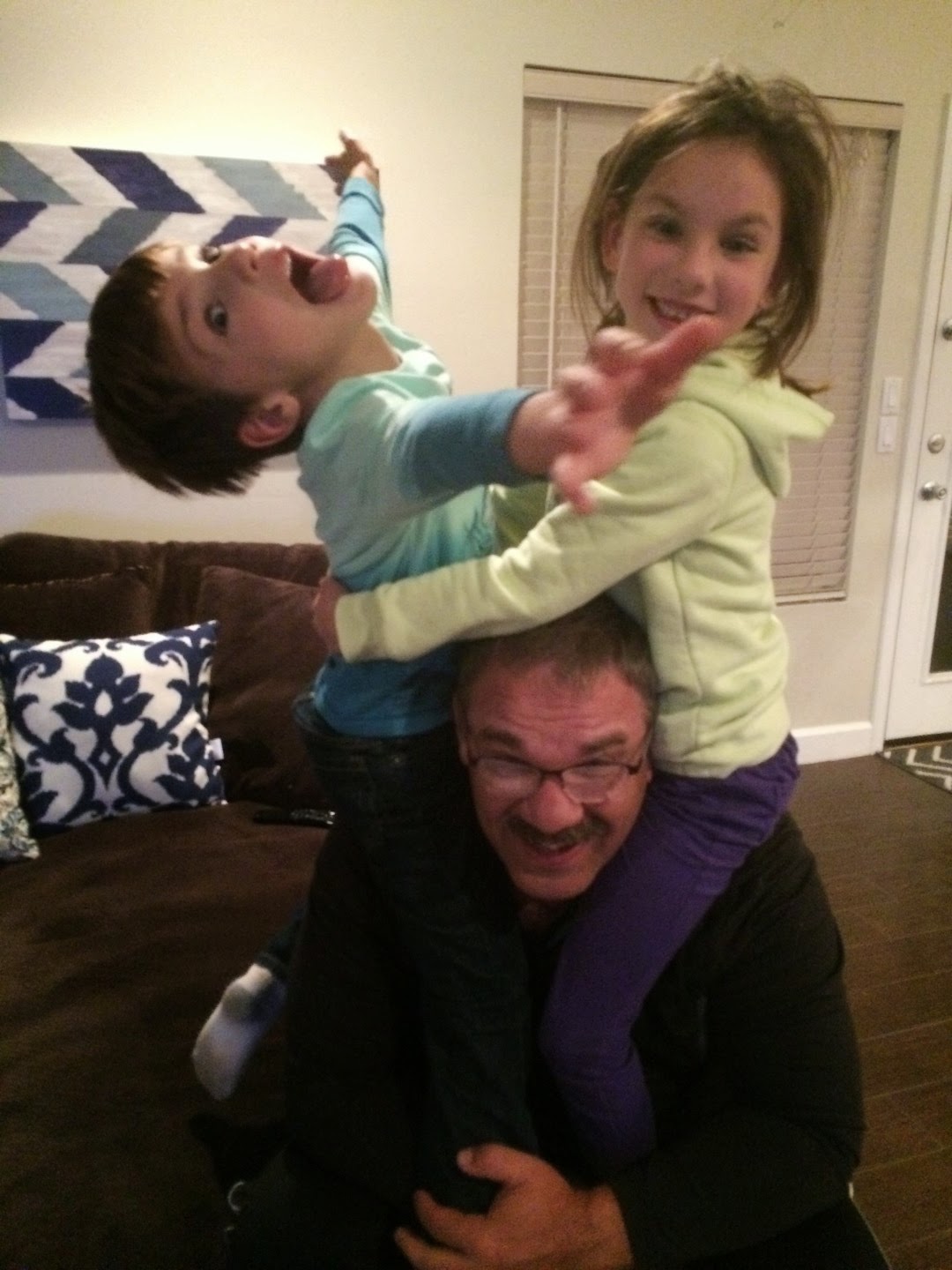 anyway, enough of crying over spilled milk.  Here is what the twins have been up to lately...

Ice skating for Layla is nothing new, but how about that boy, Easton?  Yep, he's out on the ice and learning how to fall properly.  I'm the best teacher at this, but once he learns how to fall and then how not to fall he will have reached the limits of my ice skating skills. 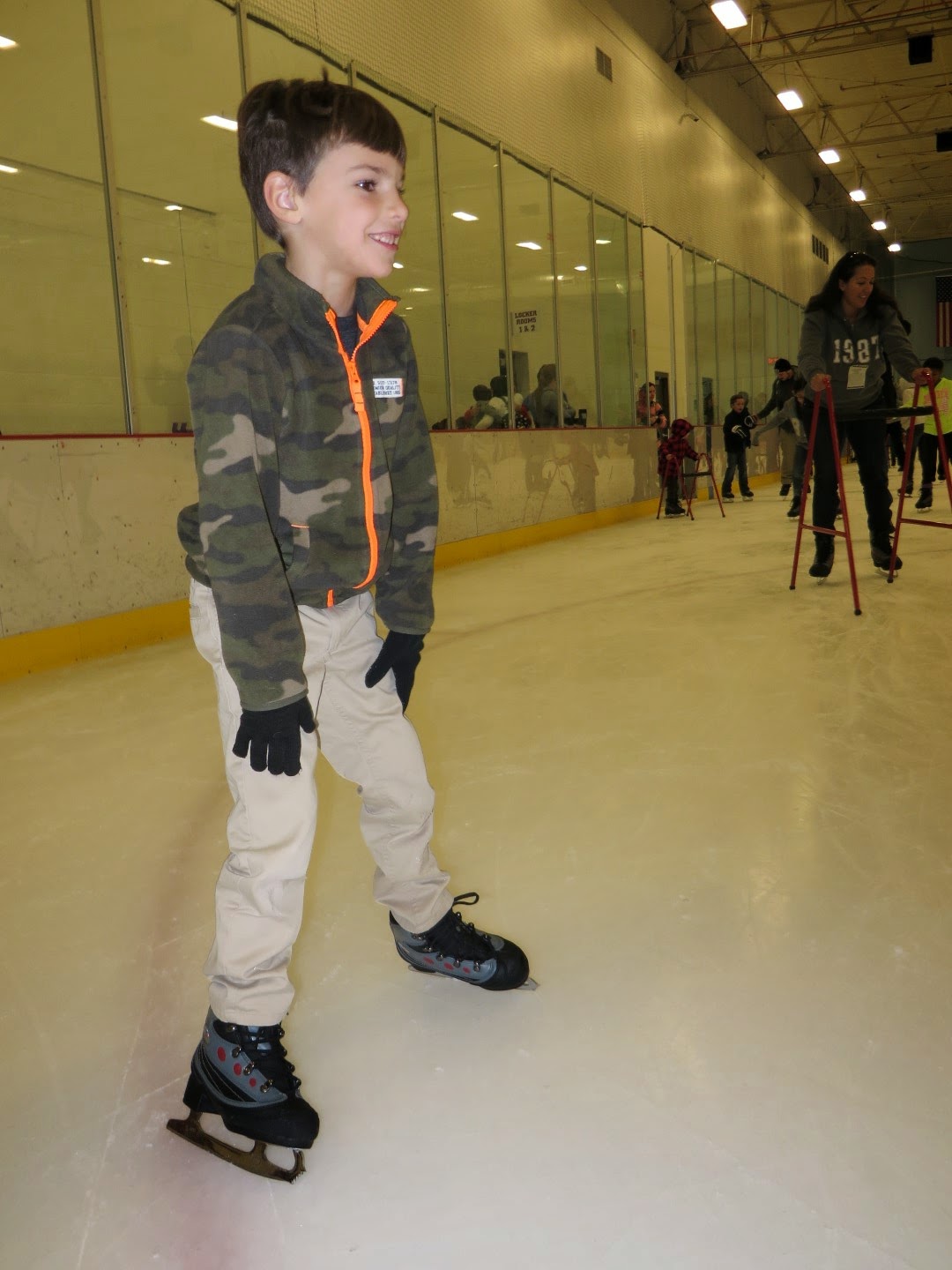 Luckily Layla is all about teaching her young student how to skate. 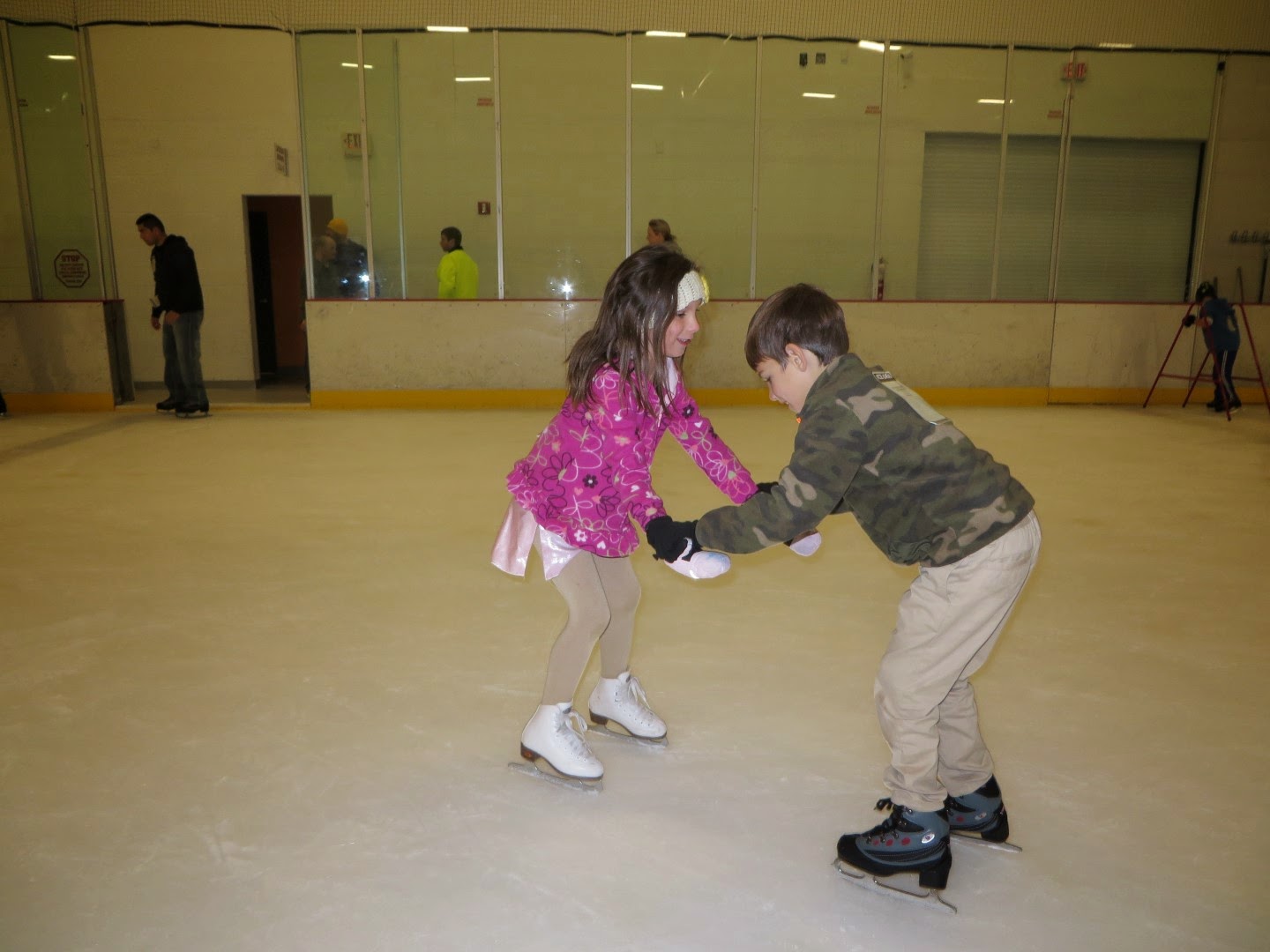 here's a cute video clip of how best friends help each other.  Layla shows Easton how to skate and Easton gives Layla a teachable person to instruct.  win-win!


I took the twins for a public skate session because I had two free passes.  Easton is scheduled to begin classes along with Layla's continuing class this week.  We didn't push him at all, but just being around the ice sparked his interest and he wants to try.  I'm not sure it will last, but who knows?  He is interested in hockey and football, which are the two least favorite choices for me to get him into sports.  Alas, it's not up to me to tell him what to be passionate about.  I'm just here to help him discover on his own (within reason) what his passions are.

Meanwhile in beautiful downtown Burbank, the twins are loving their wheels.  They have Y-bikes, roller skates, Razor scooters, and bicycles.  Layla is getting brave after seeing the guys at the skate park do tricks.  It's hard to see in the picture, but she is jumping her scooter in the air. 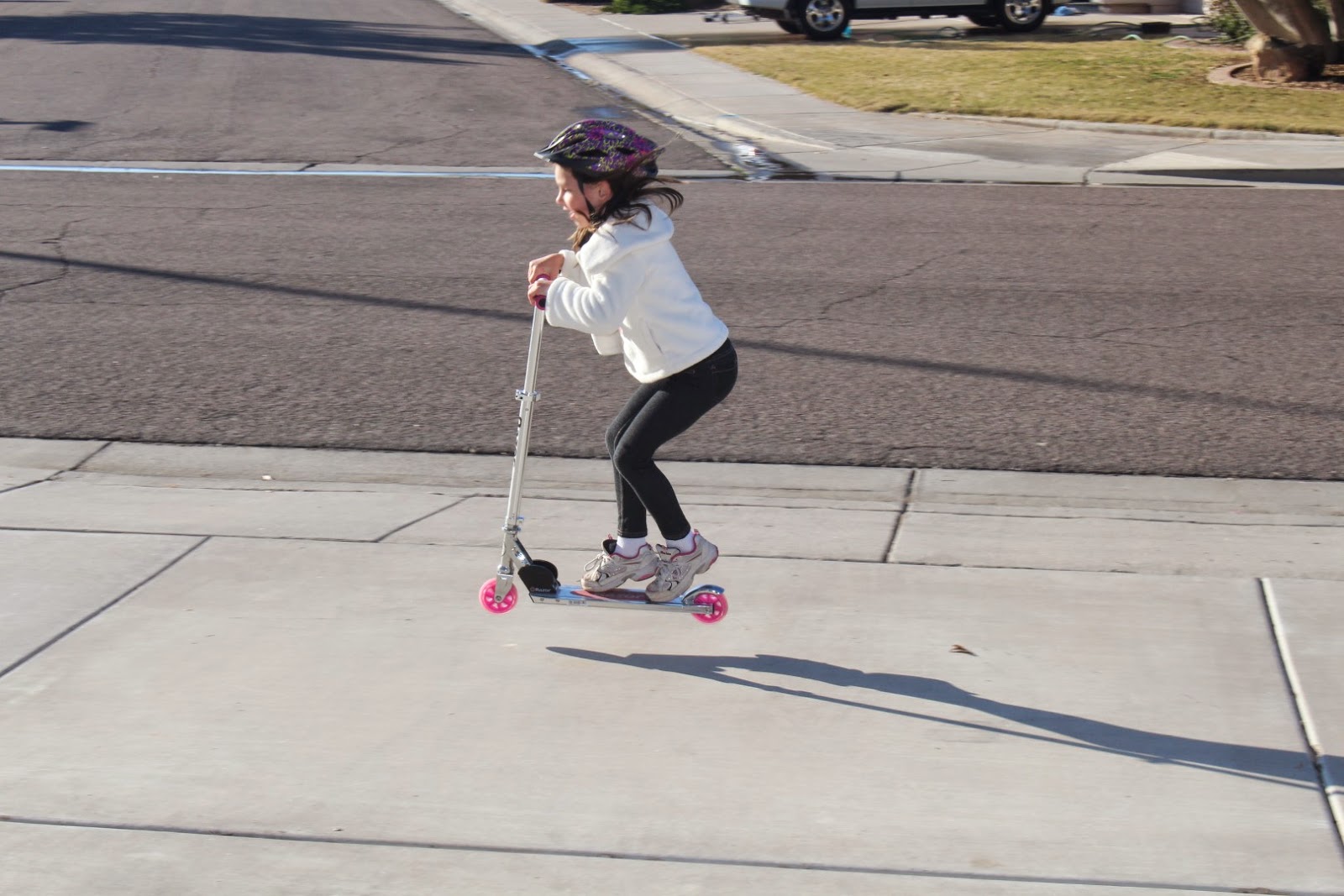 Easton is more of a risk taker than Layla, but she's a little stronger than him.  he is only able to get the front wheel off the ground and do a one second wheelie, but i'm proud of him for giving it all he's got! 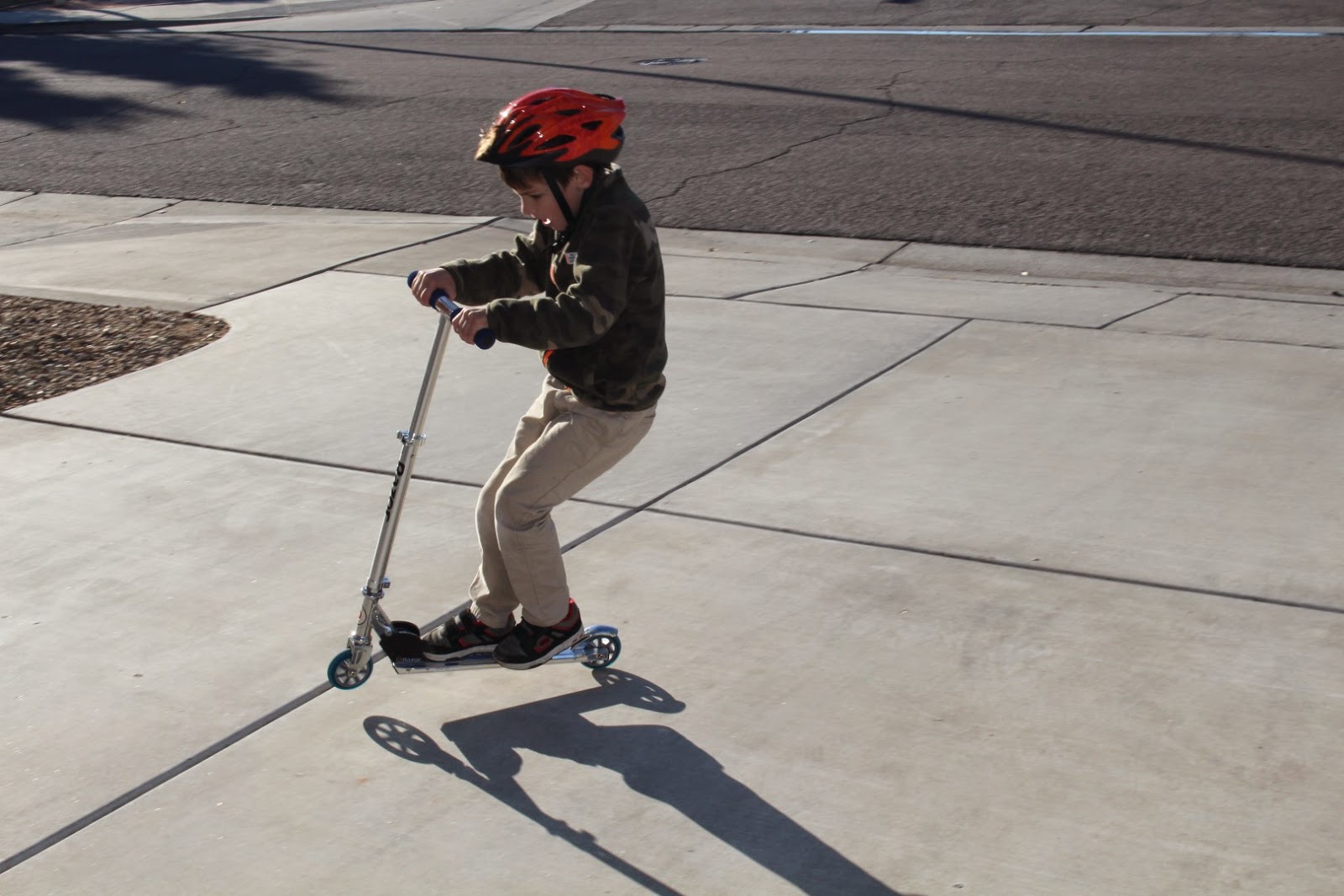 The story of Easton and Layla learning to ride a two wheel bike is amazing to me.  One day they are convinced they can't ride a bike without training wheels.  Then we took off the cranks and turned them into strider bikes, sometimes called balance bikes.  They scooted around and became proficient in no time.  when Layla got her big girl bike for Christmas I took off the training wheels because I wanted her to know it was a big girl bike and not just a bigger training wheel bike.  less than 48 hours after they were convinced they could not ride a two wheel bike, here they are riding their bikes with no training wheels. 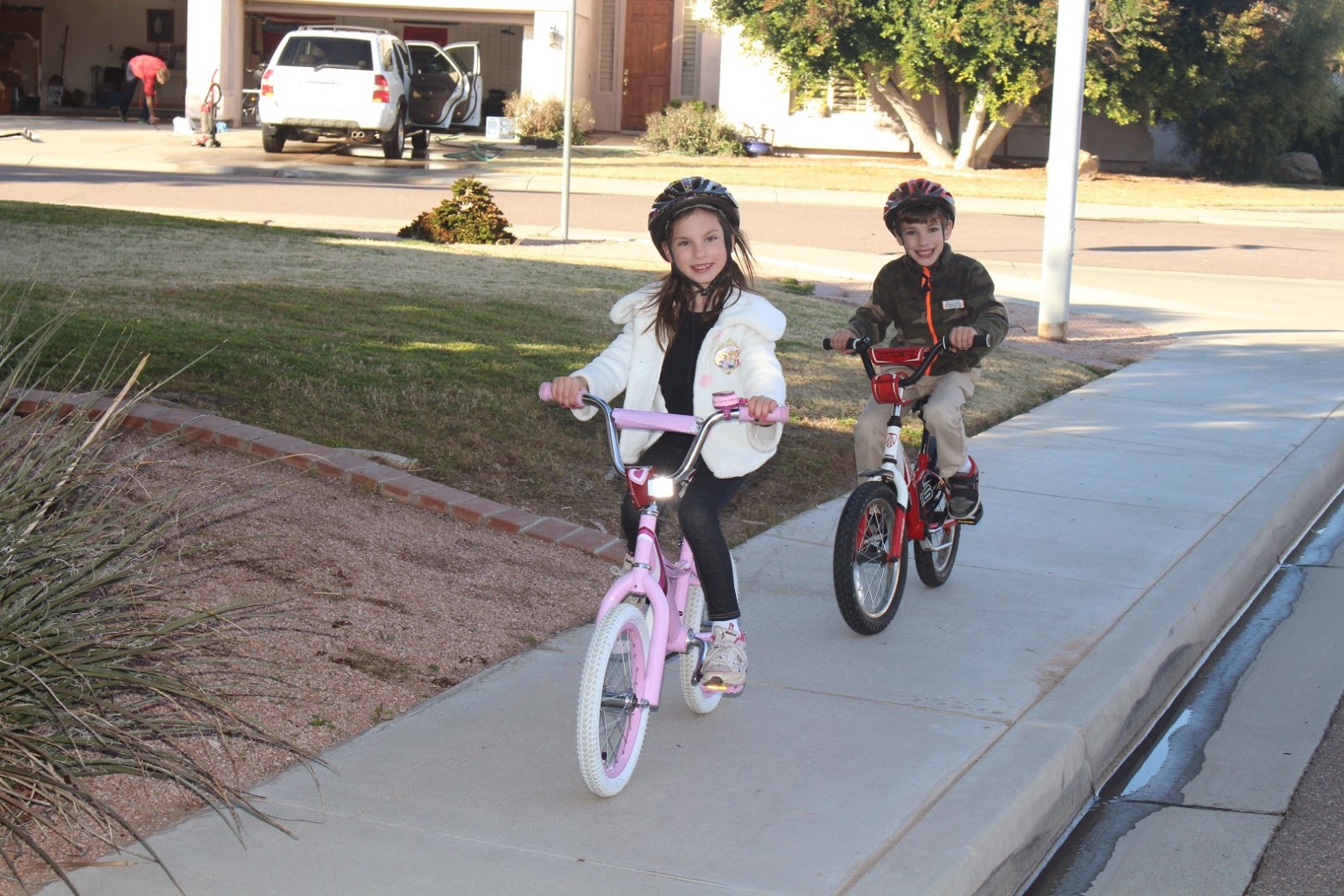 Within 10 minutes of other they learned to ride.  No classroom was needed.  no convincing or begging or demanding or shoving them down a hill being scared.  Just a simple adjustment to remove the cranks and they could then believe it was possible to ride a bike without two wheels.  Kendra and Oupa taught them the safety rules of the road.  and off they went down the street by themselves.  This was a great day for independence. 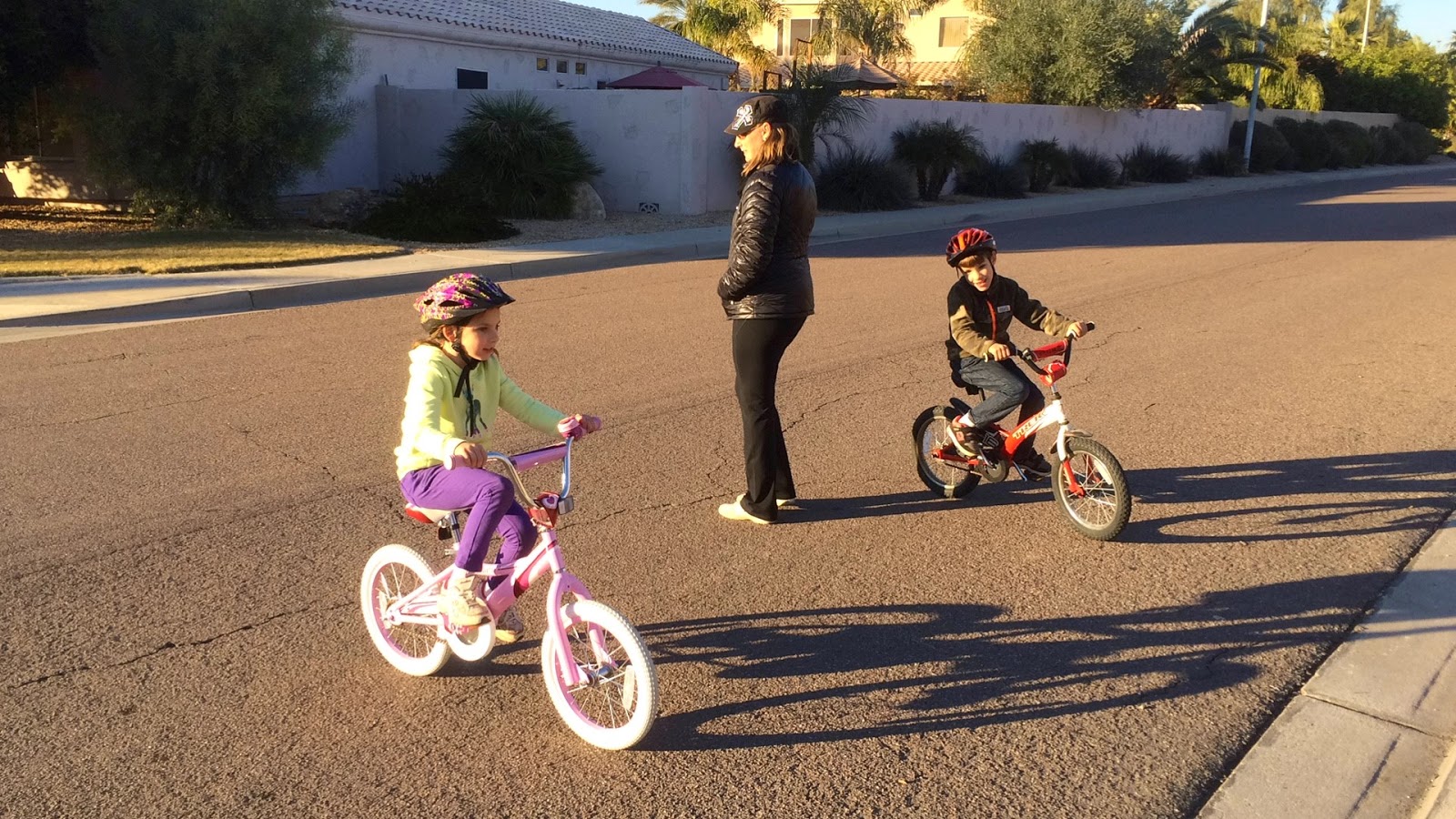 Once they realized how much easier it was to pedal using cranks they were convinced and ready to take on the world.  I rode with them down the street to get a Frosty from Wendy's.  that was plenty of incentive to ride.  I told them, "some day you'll be able to ride together all by yourselves."  They barked back at me saying, "No, Dad!  We want you to ride with us all the time."  I smiled and soaked in the moment because there will come a day when they think they are too cool to ride bikes with Dad.  Until then, I'm a hero. 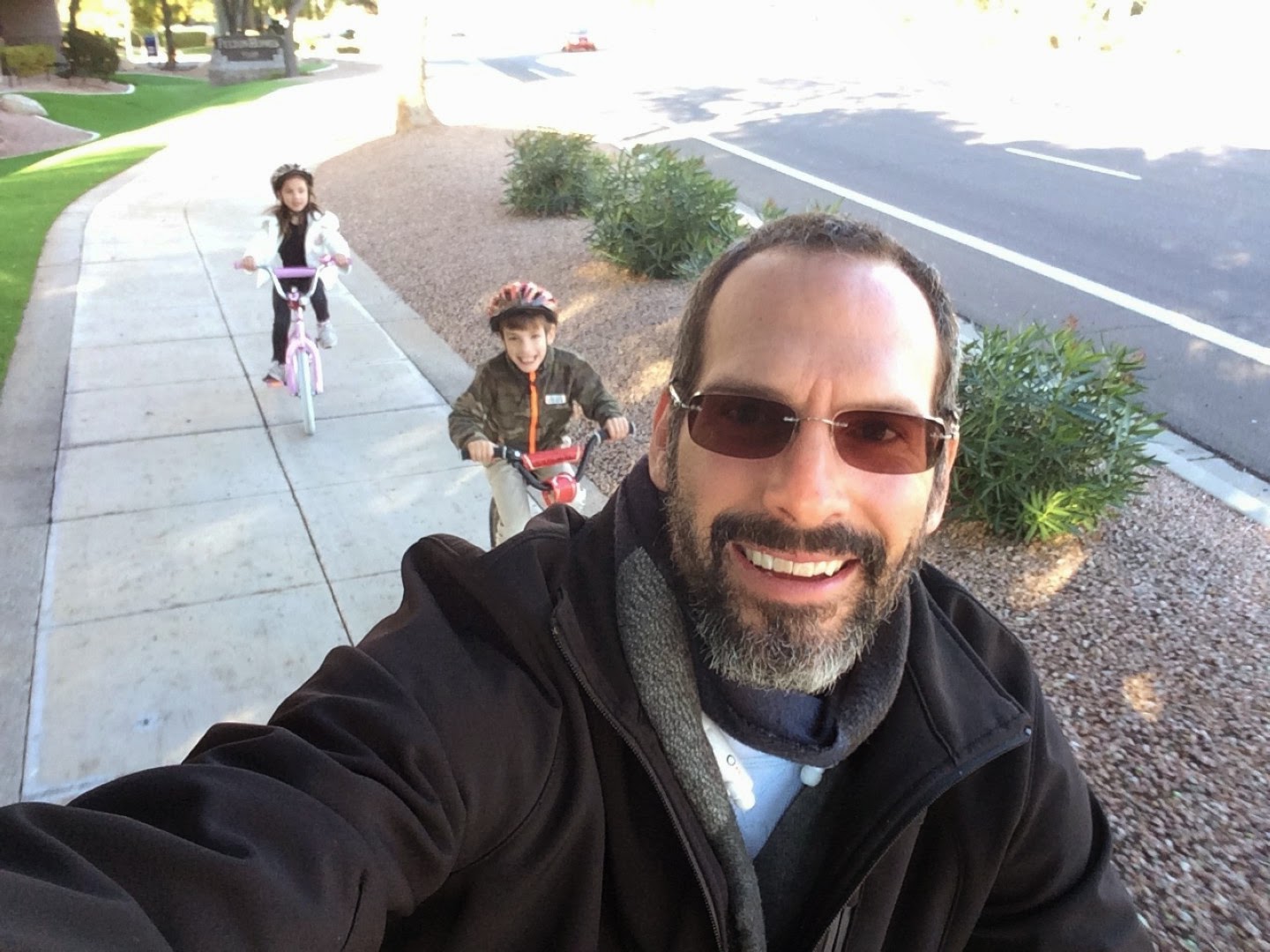