I'm still working on part two of the $5 wedding ring post, but in the mean time i'll focus back on our adventures.

Easton is continuing to request more mountain biking with me.  I keep happily agreeing to go.  We loaded up the gear and had a hearty sub sandwich while waiting for the sun to set.  I thought it was going to be chilly so we geared up with warm outfits, but it turned out to be a perfectly pleasant evening with just a long sleeved shirt on. I'm not saying Easton wasn't peddling as hard as me, but I had a sweaty back when we arrived back at the battle wagon.  Check out that sunset behind Easton!  My cheesy iPhone camera doesn't do it a bit of justice, but take my word for it.  we were riding towards a sky on fire. 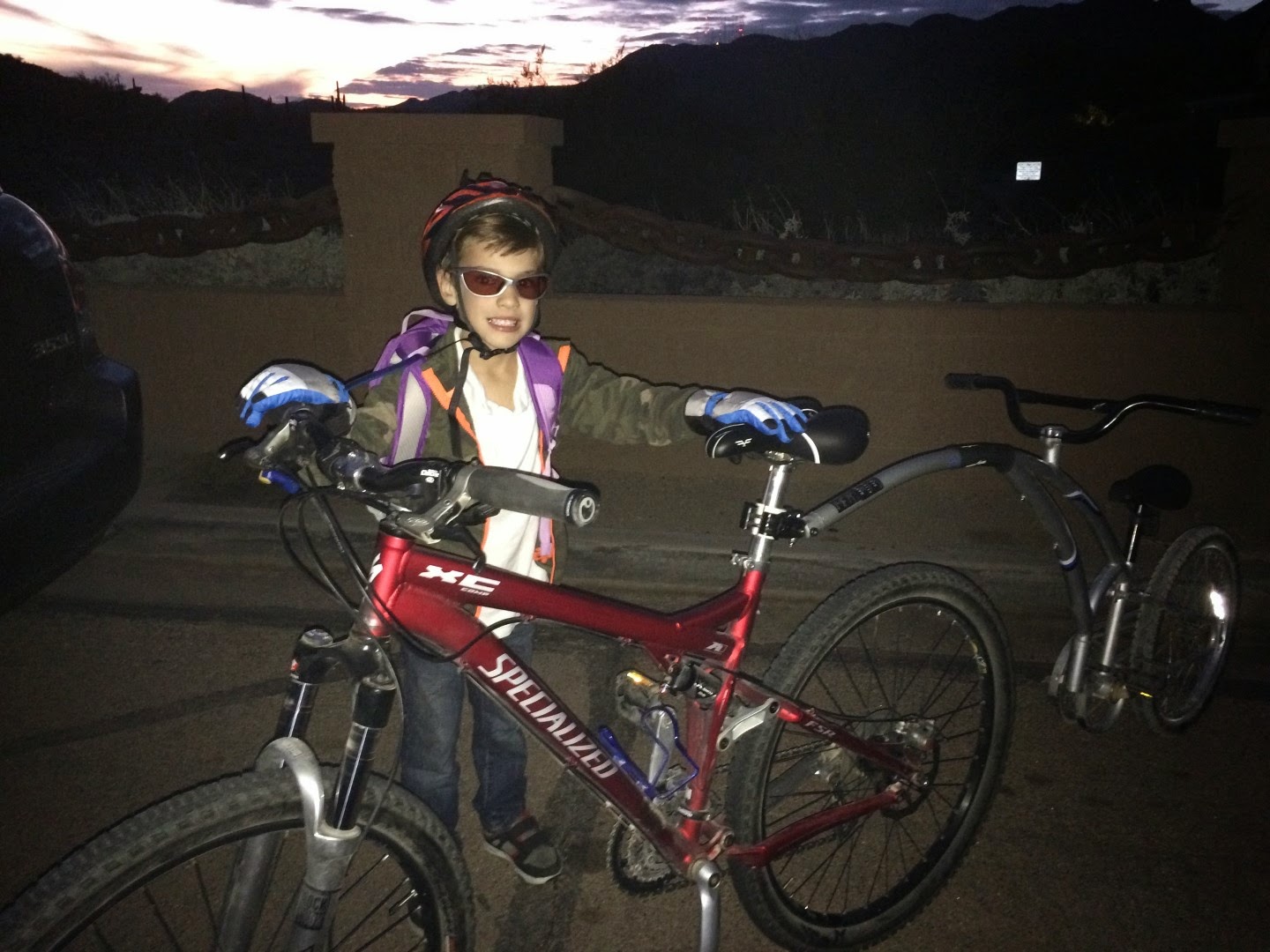 After the sun fully disappeared and night set in our lights were well used to light the path.  At the highest point of our ride we dismounted to take in the views.  The city horizon is at my helmet level, but i know it's hard to see in this picture.  Easton's light shined right in my eyes and he was laughing as I tried to dodge it. 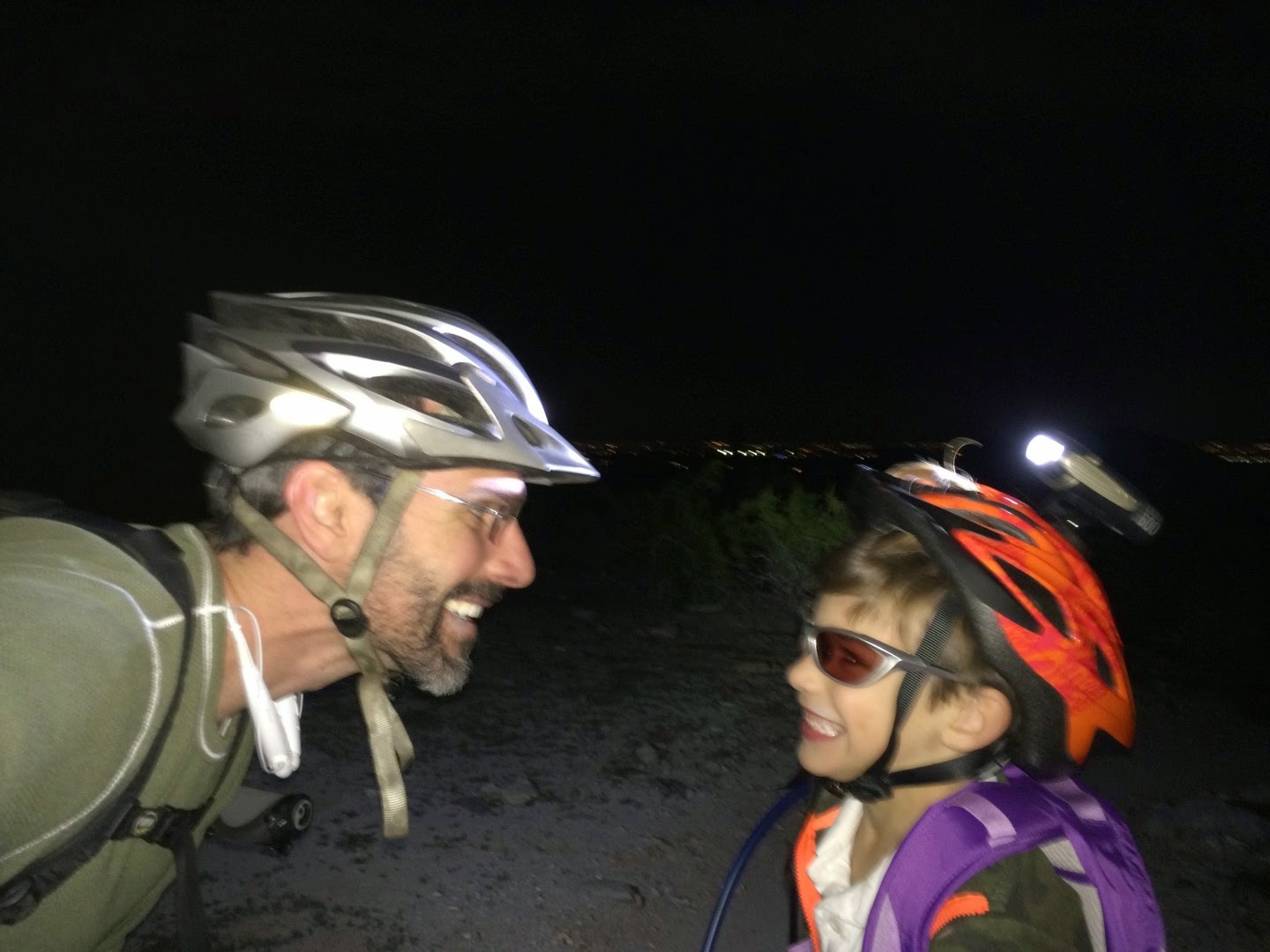 That selfie, er... usie?  not sure what you call a picture of two people taken by one of the two people.  Anyway, it captures our night pretty well.  His favorite part of the ride is when we get to use the Starlight app on my phone to find where the planets and constellations are located relative to our position.  We saw Mars and Venus.  That made his night.  My favorite part was the whole evening together having guy time.  This brings me to my latest understanding or revelation or whatever you want to call it.

and you can't have trust without first having shared experiences.  You only trust those people you know.  For me, this explanation captures my parenting philosophy really well.  Why do the 4 Webbs have so many adventures?  The shared experiences must be... well... experienced...  and shared.

It is possible to get the same effect over dinner with a friend or watching a football game with a coworker.  However, when you put two men in a foxhole with gunfire going over there heads, there is a different level of shared experiences and trust.  Somewhere between sitting around eating together and getting shot at is where I want to have relationship with Easton.  For example, I don't have any special memories of eating with my dad other than big holiday gatherings, but I do have memories of catching fish.

We also signed Easton up for weekly group golf lessons, which are surprisingly cheap.  Here's the first page of his first book showing the starting point of what could be an inspiring career in golf.  or maybe just a college scholarship?  or maybe just 8 weeks of him trying something new and then deciding he doesn't like it.  However it turns out, I'm glad he's interested in doing this and I'll do everything in my power to make sure he has an opportunity to find his passions in life. 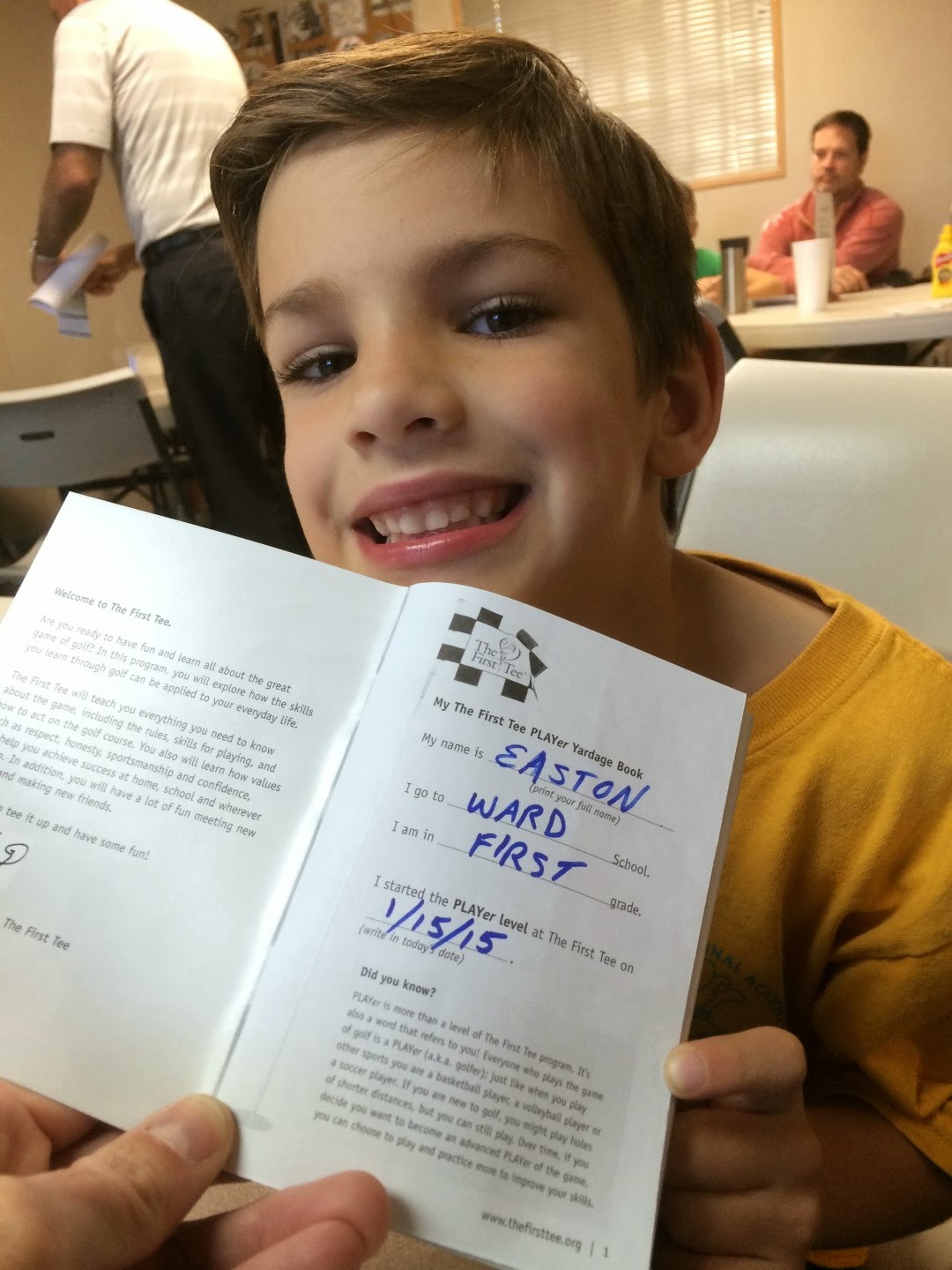 I don't have any pictures of him swinging clubs because while he was on the course learning to use his wedge I was inside with the rest of the parents listening to a boring guy talk about all the orientation stuff.  On the way home Easton said, "why are we driving in traffic?"  My response was, "because I'm giving up my time driving on highways instead of sitting around at home watching TV so you can have fun and this is the best place at the best time to do it."  He got it and was grateful.  mission accomplished.

Since I had a few outings with Easton I took time to spend an afternoon with Layla for our own special time together.  We went to the mall because that's what she wanted to do.  We went to sears where we sifted through the entire girls clothing section looking for bargains.  I love shopping for dresses with Layla.  I shamelessly admit it.  We have the best time together just looking for outfits.  I hold one up.  She says something like, "seriously, dad?  I don't like that collar."  or "that is so awesome!  Look at the sparkles!  and you know how much I like belts."

One of the reason's we went shopping is because Layla is the only one of the 4 Webbs without a full Onesie.  We found a red one with pink polka dots and a girly bear face on the front.  It's behind all those blankets. 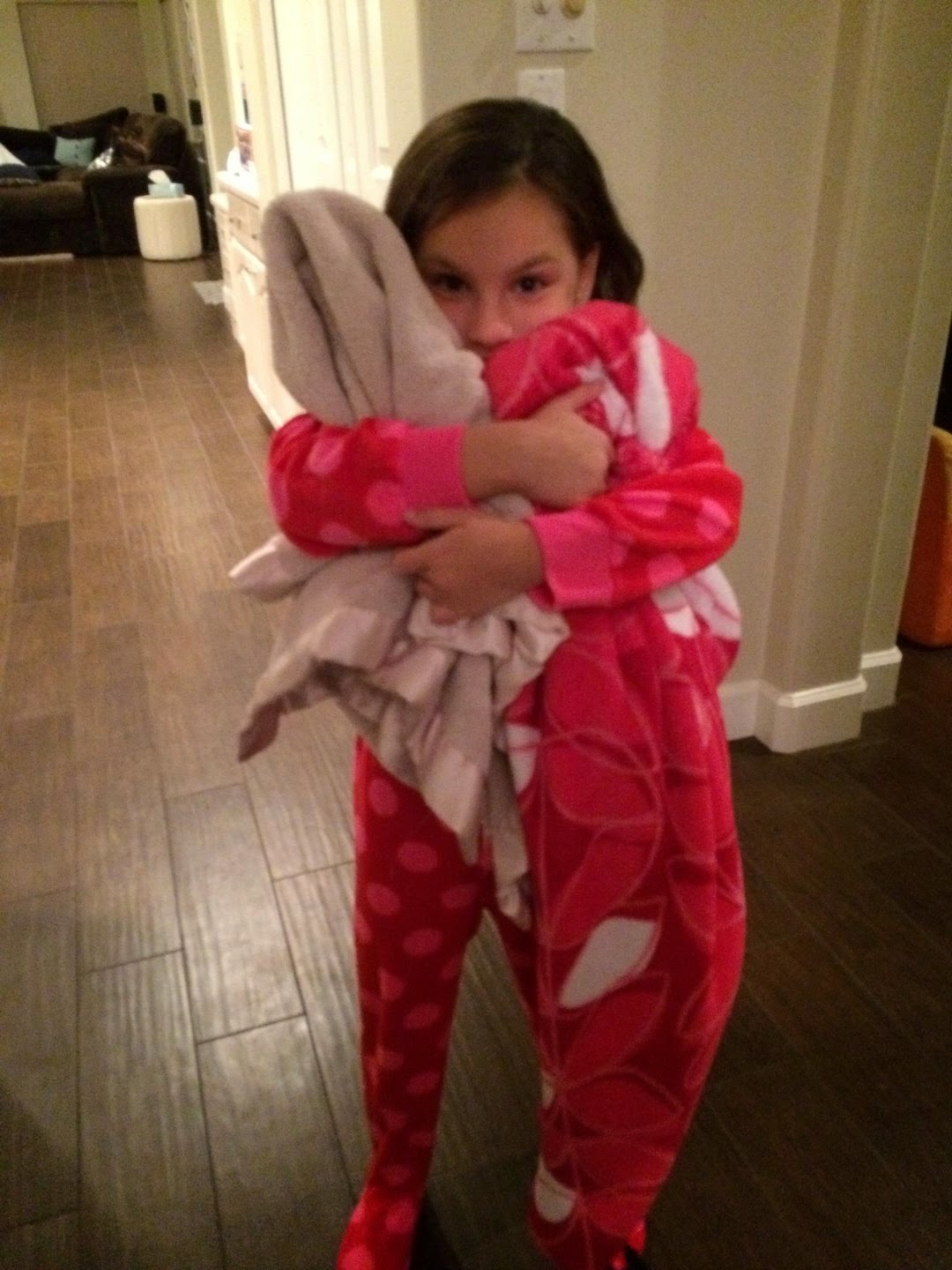 After shopping we shared a burrito.  During lunch Layla asked if we could eat a cupcake for desert.  I agreed and we went to the grocery store.  They have cupcakes and bread.  We eat the cupcake and the ducks eat the bread.  I found a massive cupcake with plastic Rapunzel rings on top.  Perfect! 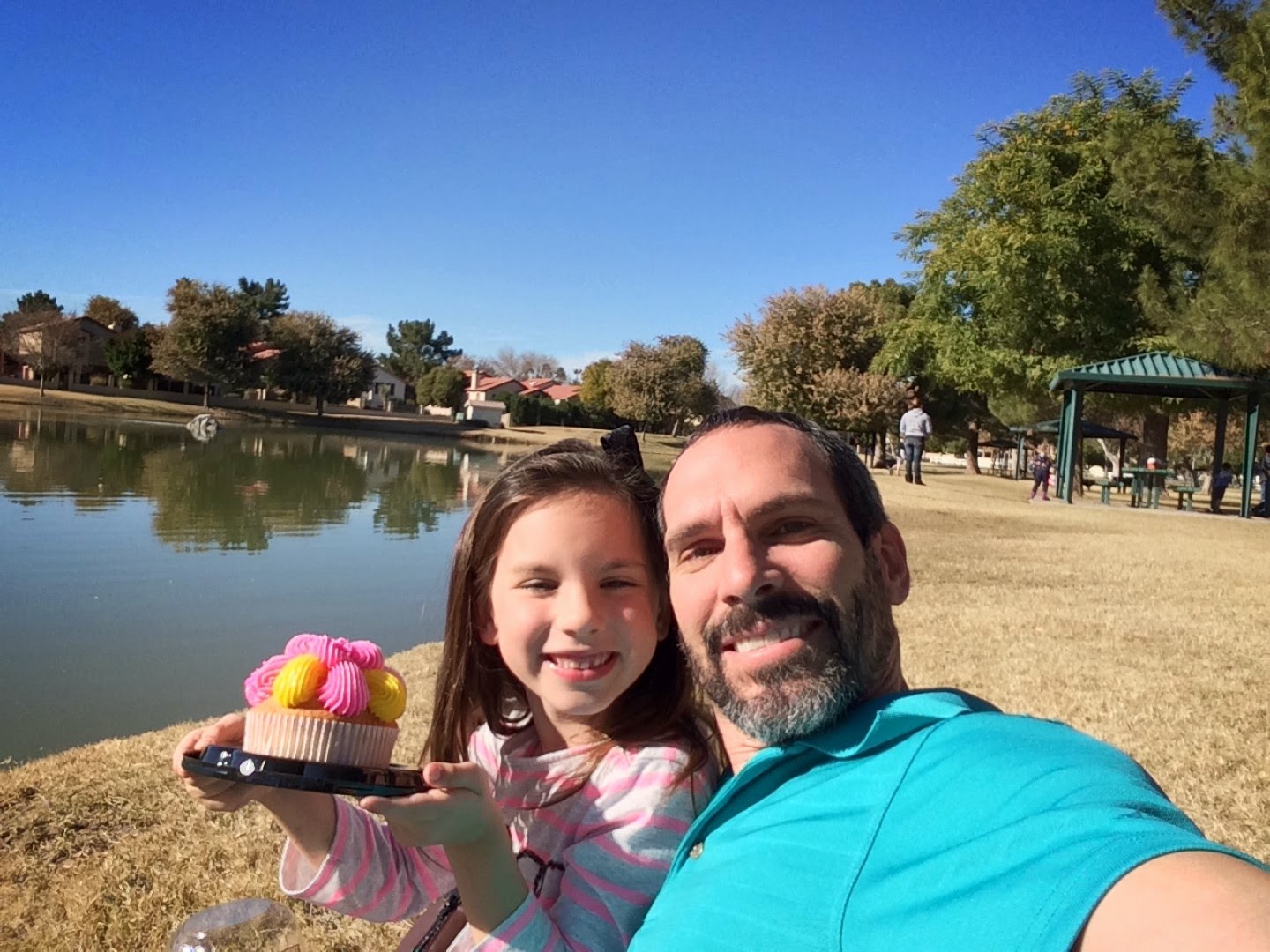 As we were eating the cupcake by the pond all the ducks had radar going off to indicates humans with duck food had arrived.  I forgot napkins so we broke the rolls in half and wiped our hands with it.  You gotta use what you have available!

Layla handed out bread like the generous girl she is.  The ducks came right up to her and surrounded her. They even took pieces from her hand. They were like domesticated animals almost. 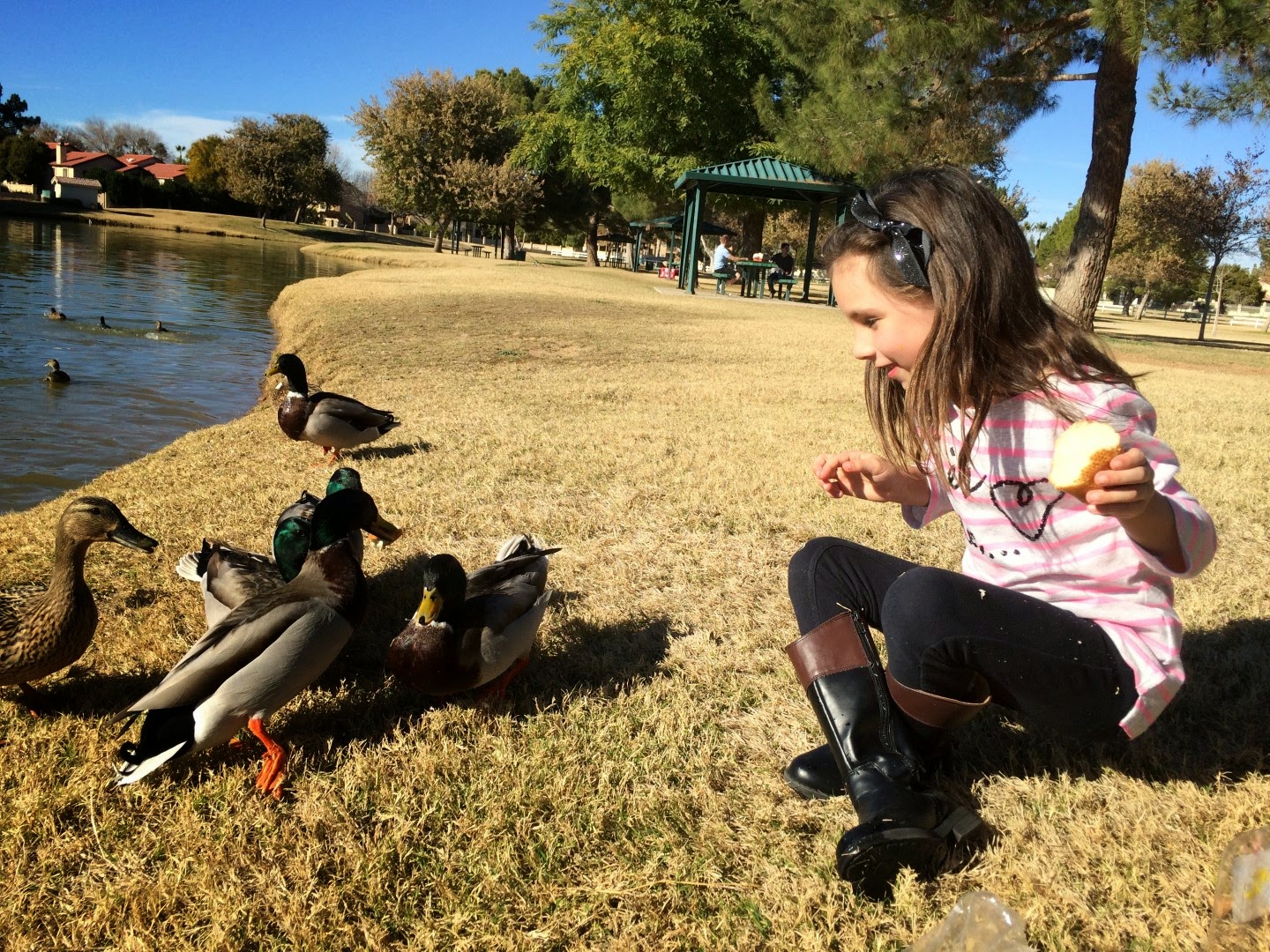 Our Saturday was completely unproductive, which is exactly what we needed.  We slept in, slowly ate breakfast without saying "hurry up" even one time.  We milled around the house for a few hours in our pajamas and let the twins do whatever they wanted to do.  Easton chose to build an igloo fort.  I supervised and he built 90% of it himself.  As soon as he is big enough to do something for himself, it's time for me to step out of the way and let him do it. 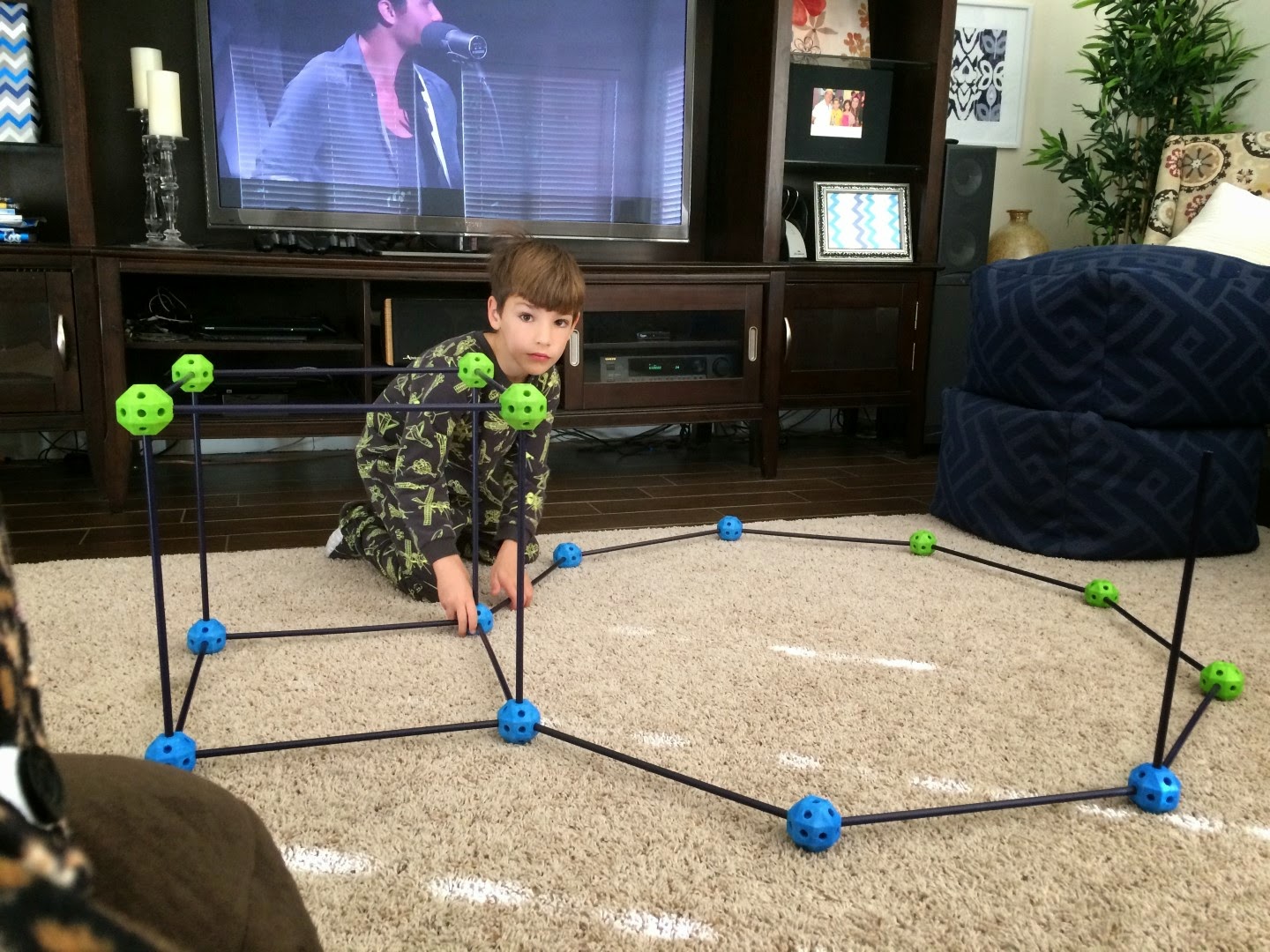 I needed a light switch at the local hardware store so I casually mentioned how it might be possible to ride bikes there.  The twins jumped on the idea and we enjoyed the long ride together.  We stopped for a lemonade and fries to refuel for the ride home.  Notice the gap in Layla's front teeth?  She can wiggle the one on the right with her tongue.  It didn't fall out in time for the ole' Christmas song about front teeth to be used, but I suspect it'll be coming out in the next couple of weeks. 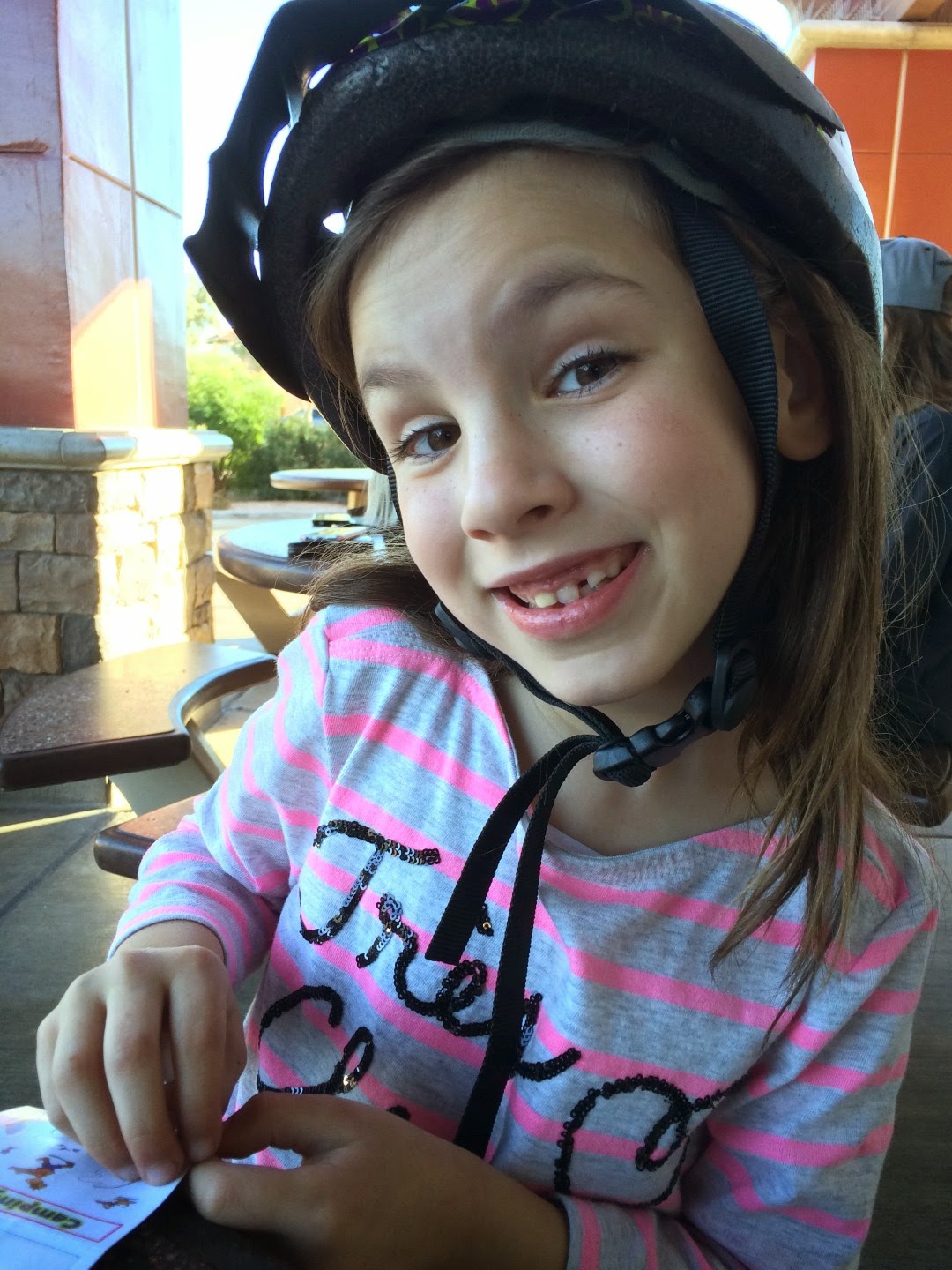 None of Easton's teeth are even slightly loose.  I'm waiting patiently for the model rocket launch to pull his next one out. 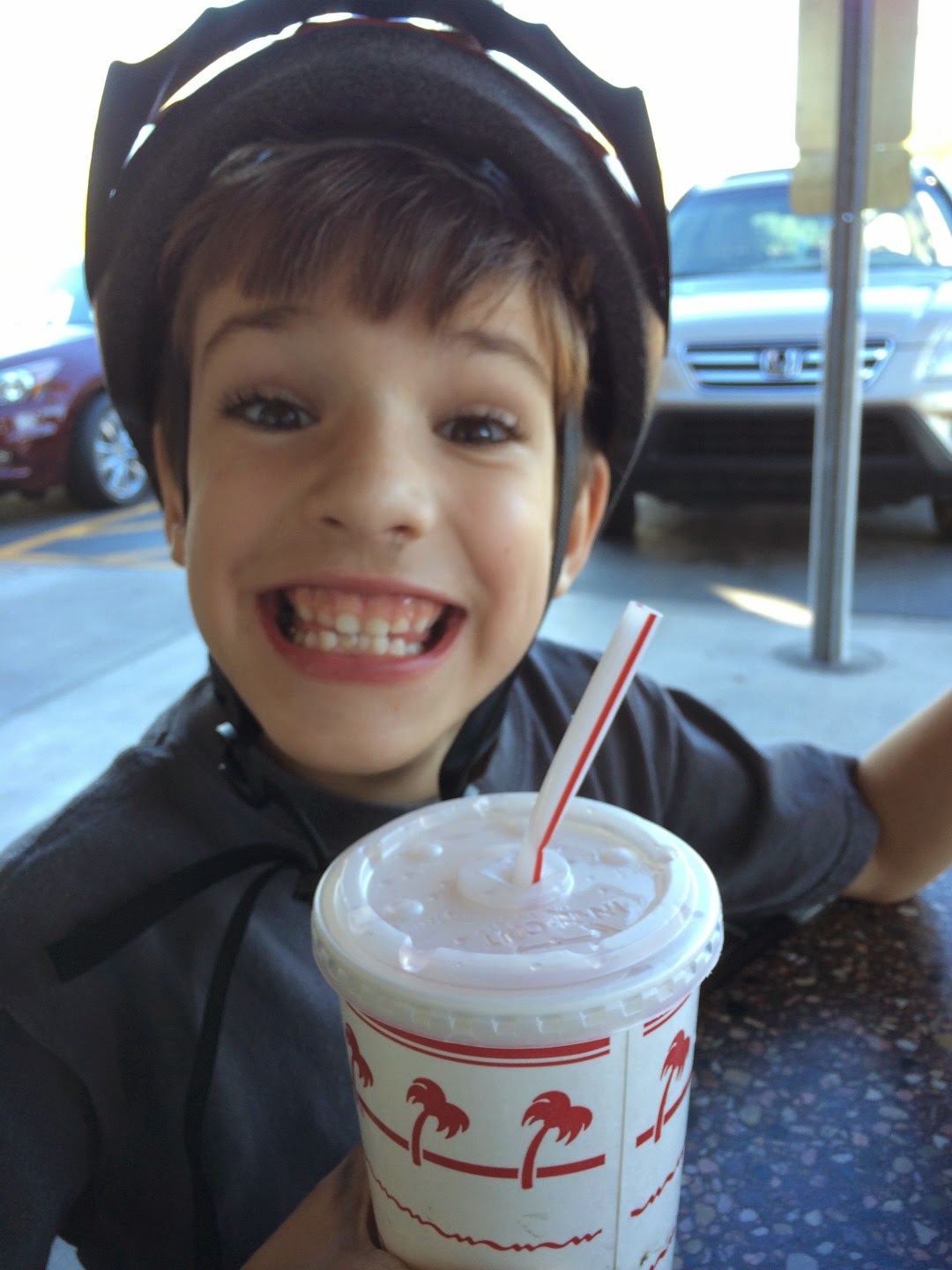 Kendra and I are two weeks away from taking the pulpit at church for the weekend message.  Pastor is giving us the entire sermon time to share our hearts in three services.  If you're still reading this blog post then you're probably involved in our lives enough to know what I'm talking about.  We appreciate your prayers as we hit the home stretch of finalizing our content and practicing our duel-speaker style of presenting.  I'm excited.  Kendra's a bit apprehensive.  Nobody is worried.  :)