We've been making the most of the last spring weather days before summer.  Our greenbelt is ripe for games of chase and the toss game.  Layla is working on coordination and timing.  Her approach includes a few practice swings back and forth before flinging in across to the other side. 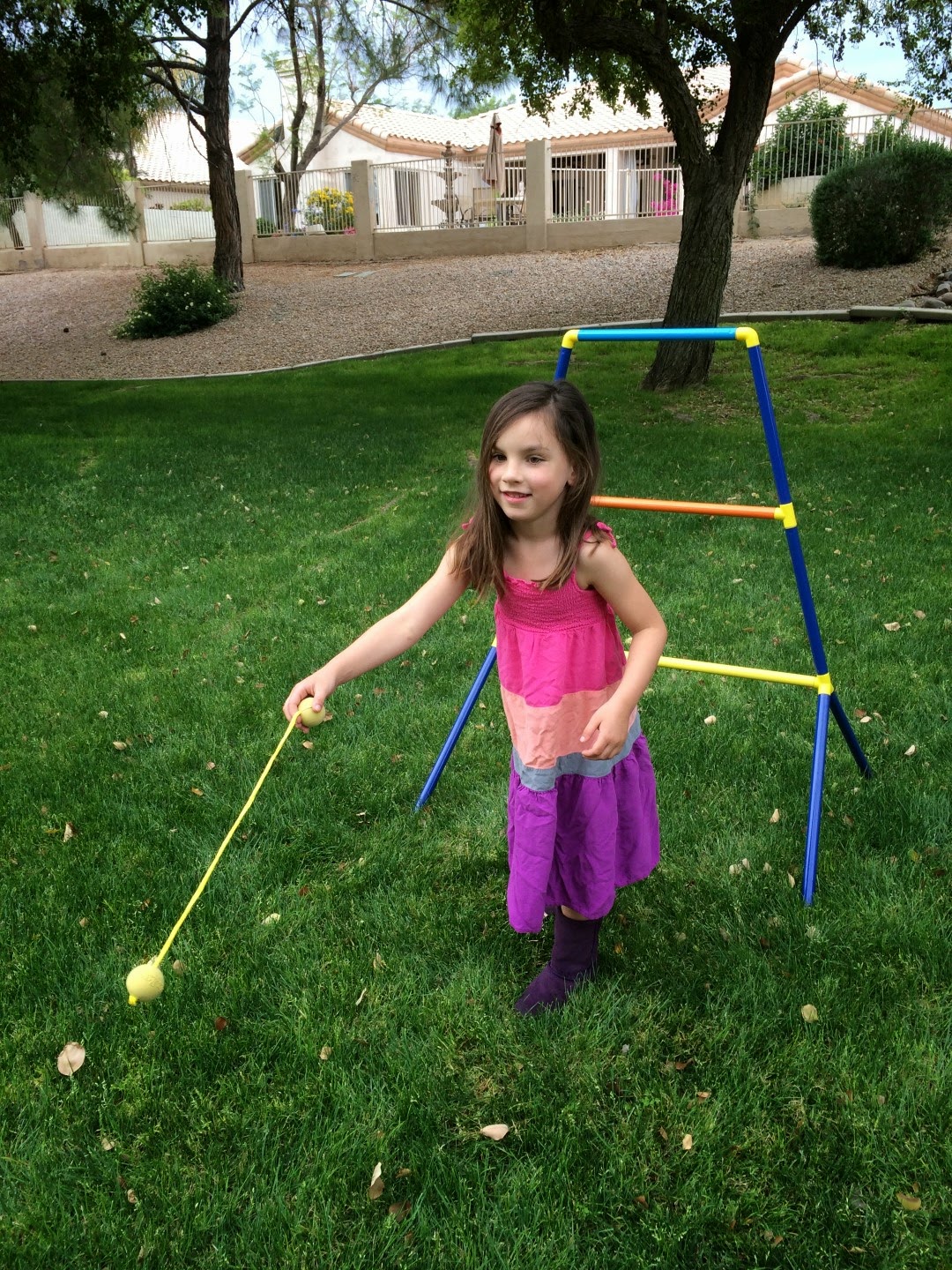 Easton's coordination is smooth, but he's working on controlling his strength to avoid overshooting the bars by several yards.  standing behind the structure is a sure-fire way to get smacked.  I said, "whoa, dude!  take some mustard off that hot dog."  Then, he repeated the phrase and followed it with copious amounts of laughter. 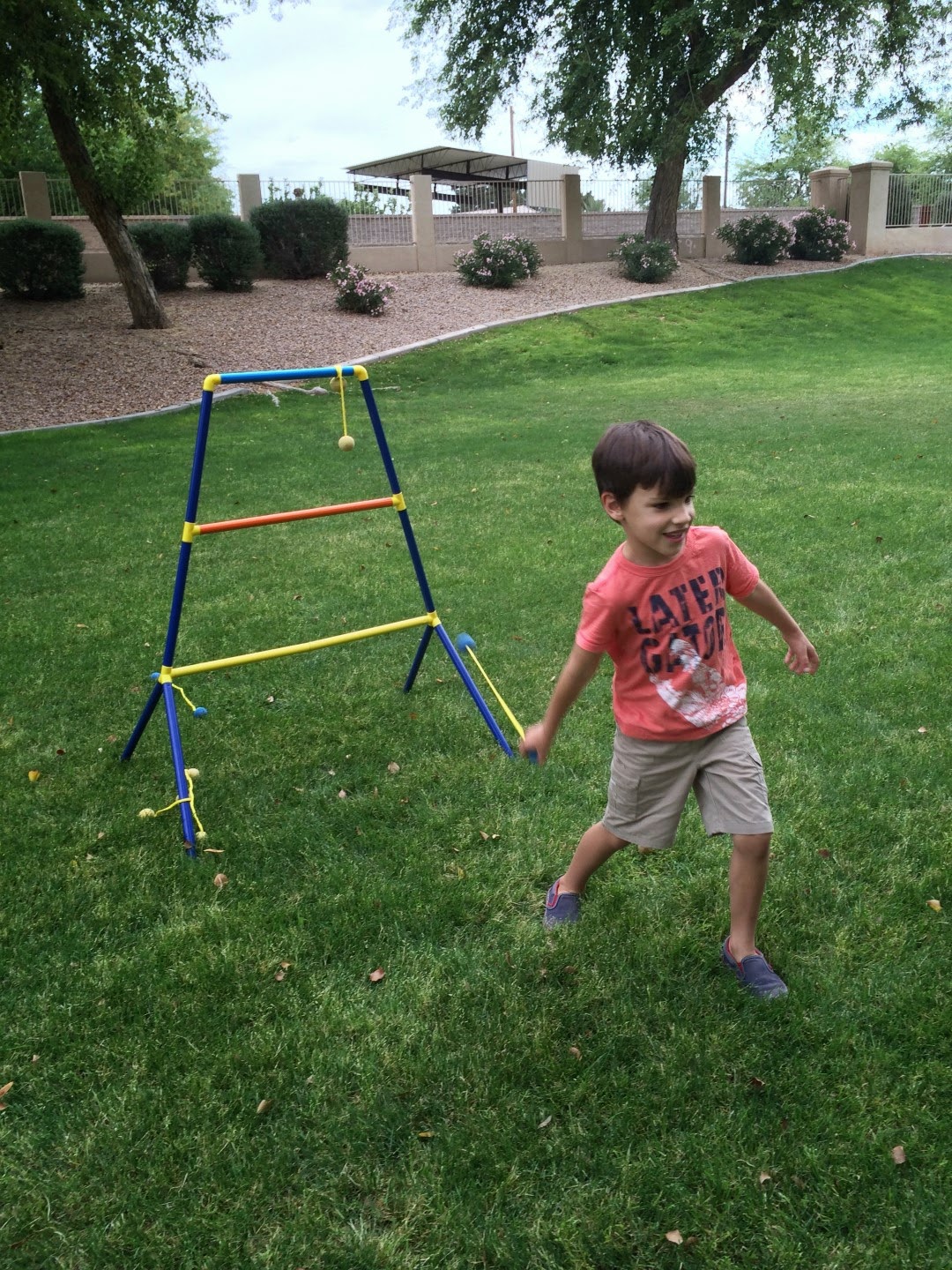 Guess who is a member of the  United States Golf Association?  Nope, not me.  Easton.  He's a card-carrying member thanks to a super cheap deal I found online.  The welcome package in the mail included this hat.  It's a little too big, but I know he'll grow into it. 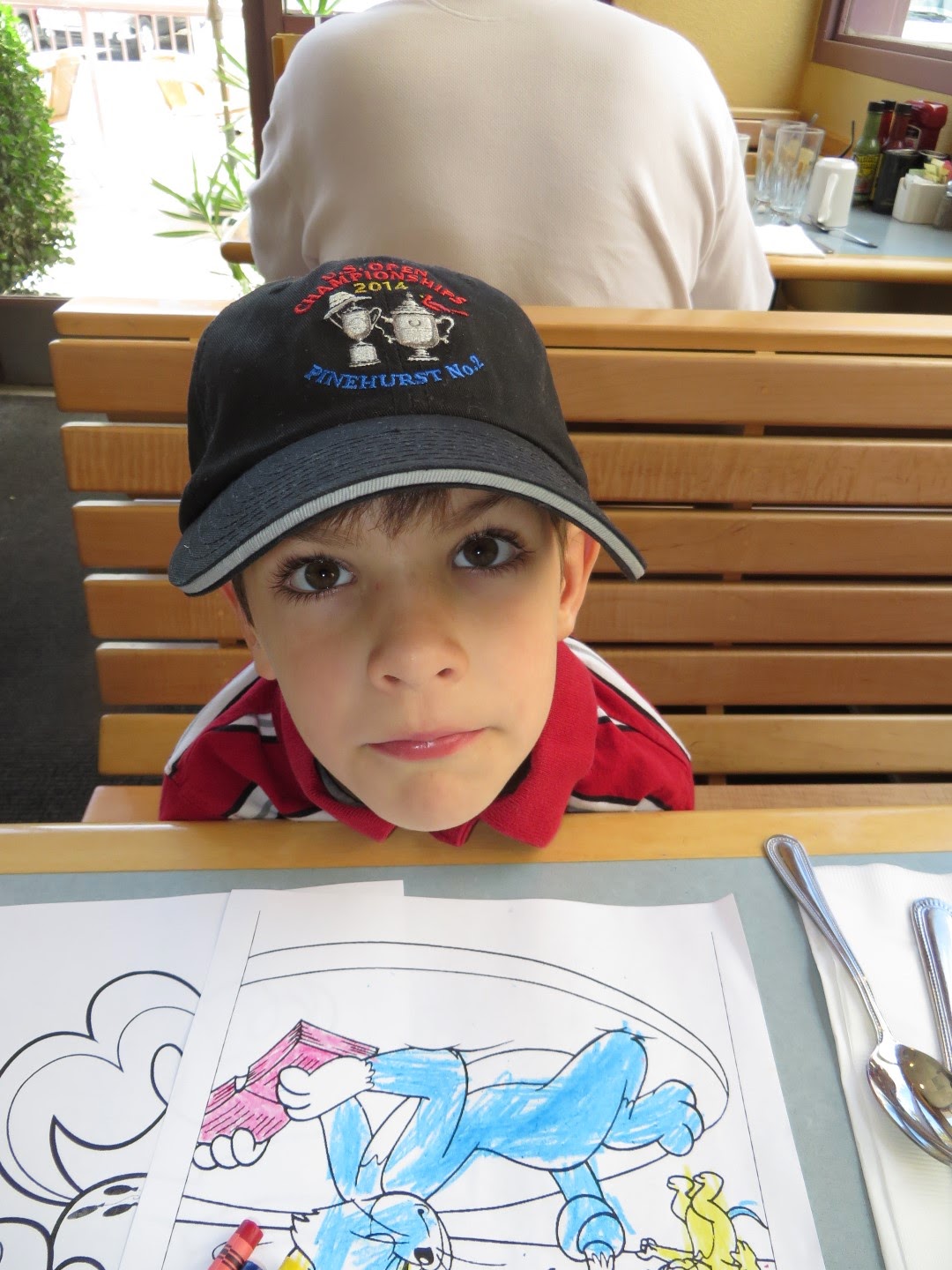 I took Uno and Dos out for a day of fun.  We went to the library where we checked out a new batch of books about the Mars rover and princess ballerinas.  Our waitress asked, "are you two twins?"  They still have that friendly attraction and similar size that leads to people asking.  Usually people ask me if they are twins, but at some point they started asking them directly and skipping the parents. 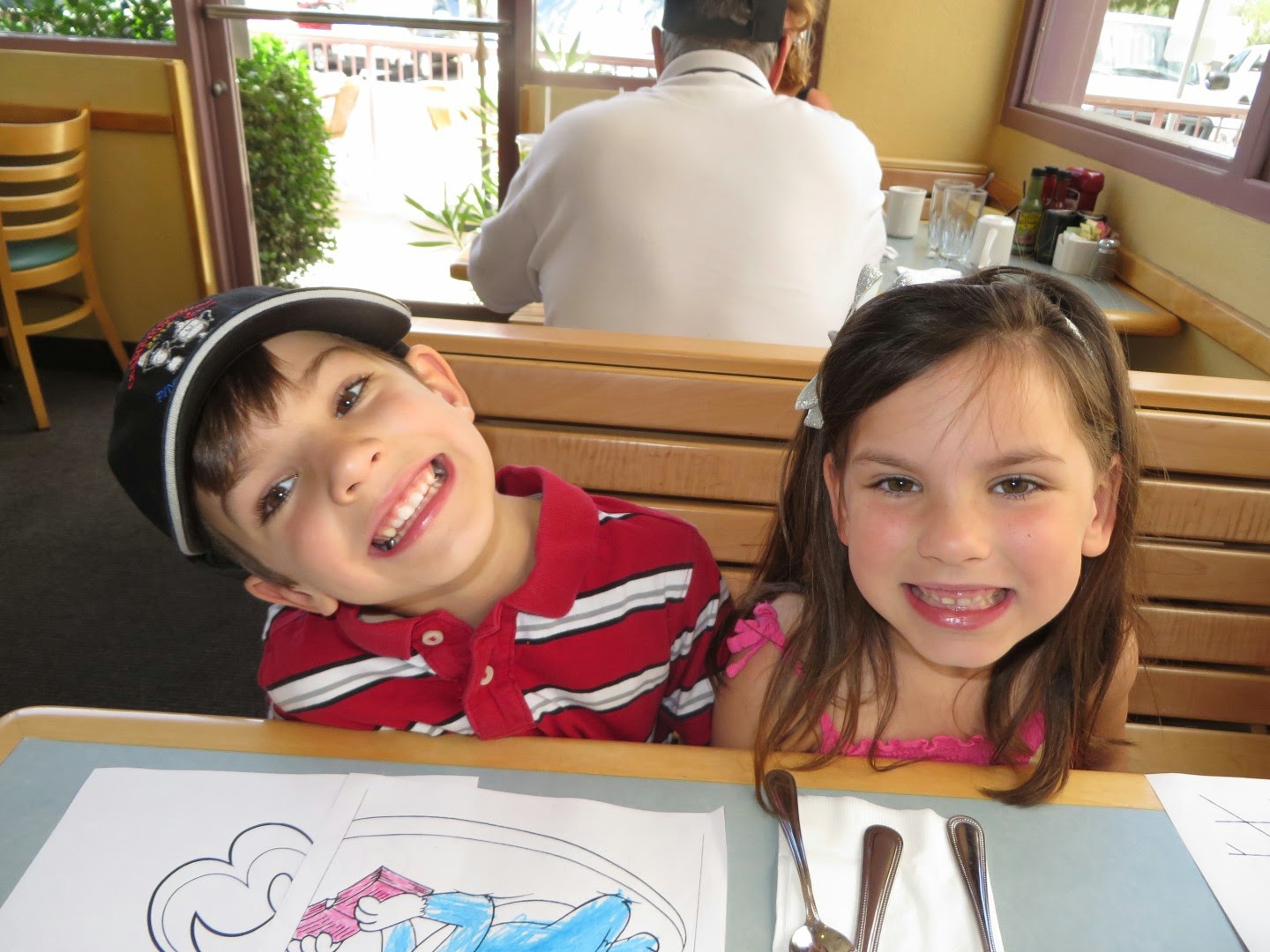 After lunch we went to the driving range.  This was Layla's first time.  On the way there Easton said, "I'll show you how to swing, Layla."  He is so confident in his own golf skills that he thinks he is a teacher.  Layla agreed to be open to instruction and correction.  I had to set those guidelines before we went to the range.  Otherwise she would get one good swing and then inform us that she is an expert who doesn't need anymore training.  The range was full of people.  Some of them became a visibly frustrated because when Layla had a good hit she would cheer.  loudly.  That's not a part of the golf culture, but Layla is learning and I had plenty of grace to teach her the fundamentals and etiquette. 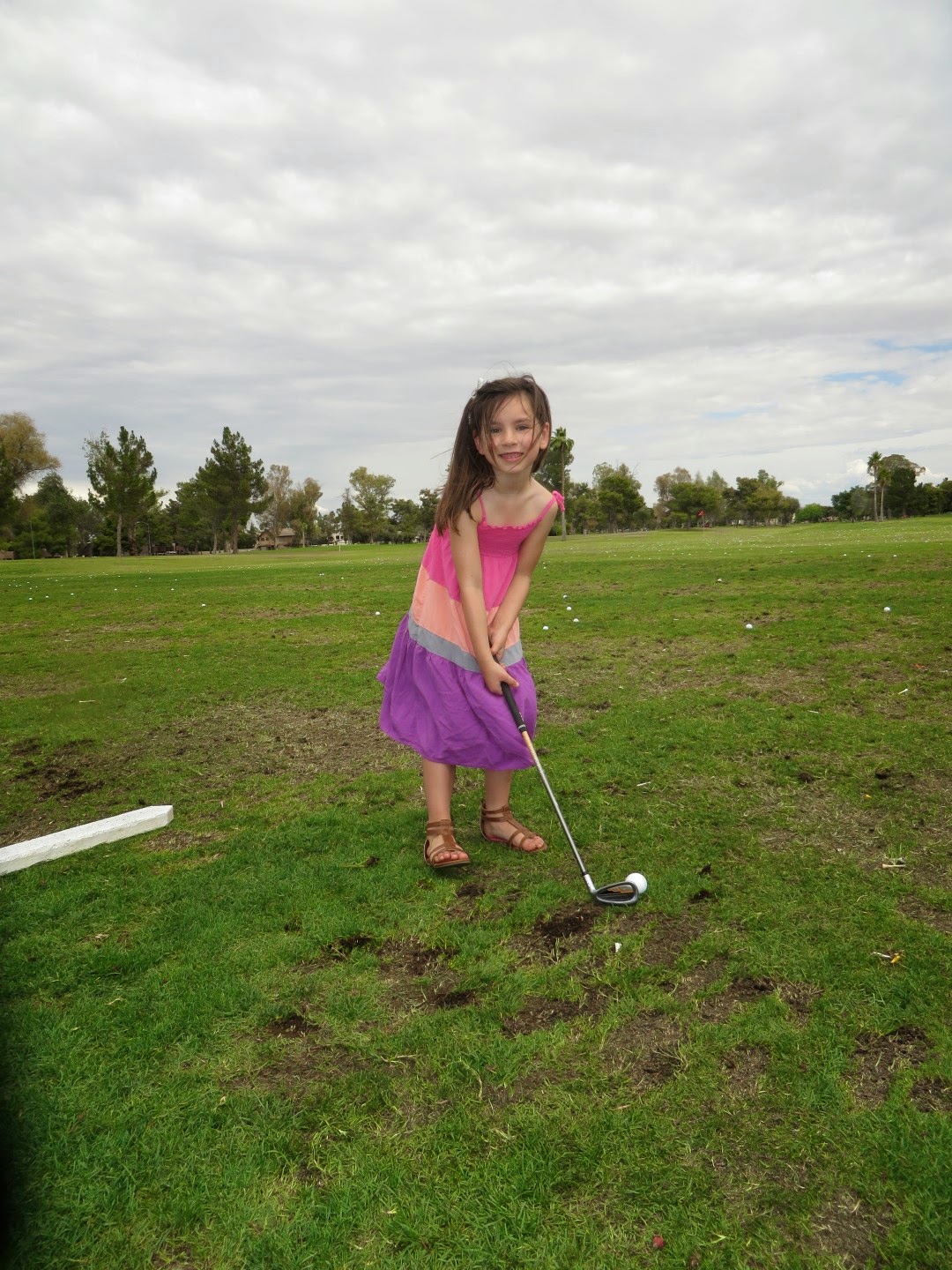 Easton smacked the snot out of the ball several times and caught the attention of our neighbors, not because of his exuberance, but for his technique and skill. 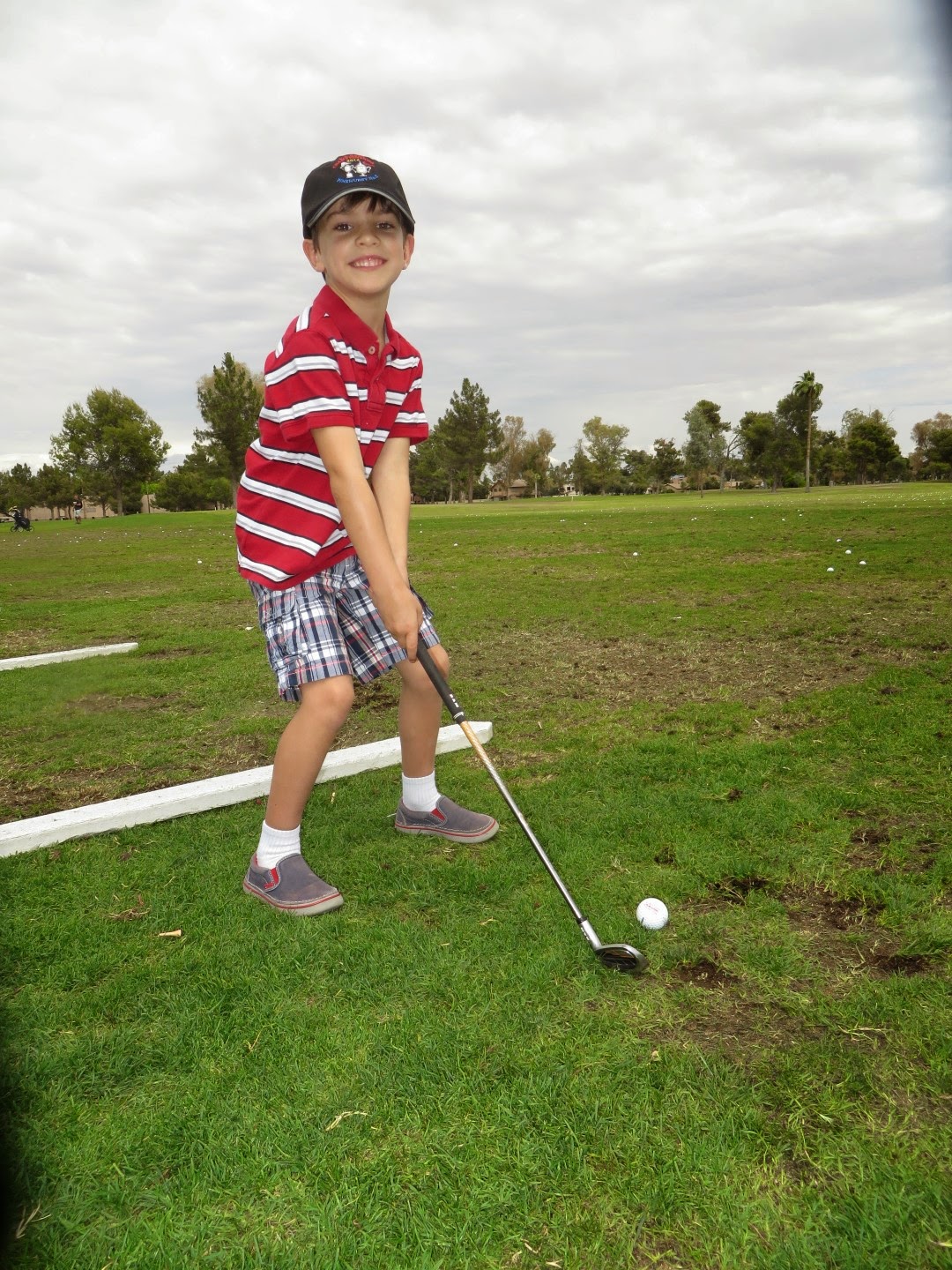 Then we spent 30 minutes on the green putting.  Layla's first time was comical because there are rules and etiquette that we take for granted.  She whacked the ball across the entire green.  Her ball cruised by 4 holes and 4 golfers.  That was embarrassing, but then she followed it up with a sprint across the green.  She stepped on a stranger's ball, a stranger's foot, and two stranger's line between them and the cup.  She picked up her ball and sprinted back through the gauntlet while smiling and waving at the audience of golfers with their hands on their hips.  This was one of the many occasions where a harsh word would have done more harm than good.  She simply didn't know any better!  who's fault is that?  certainly not hers.  If anything, it is my fault for not giving her a clear understanding of the expectations prior to going to the driving range.

They were having a great time playing closest to the pin.  I informed them it was time to go home and they were sad to leave.  Their melancholy mood displayed in this next picture is a result of telling them we had to leave.  Until next time, golf buddies. 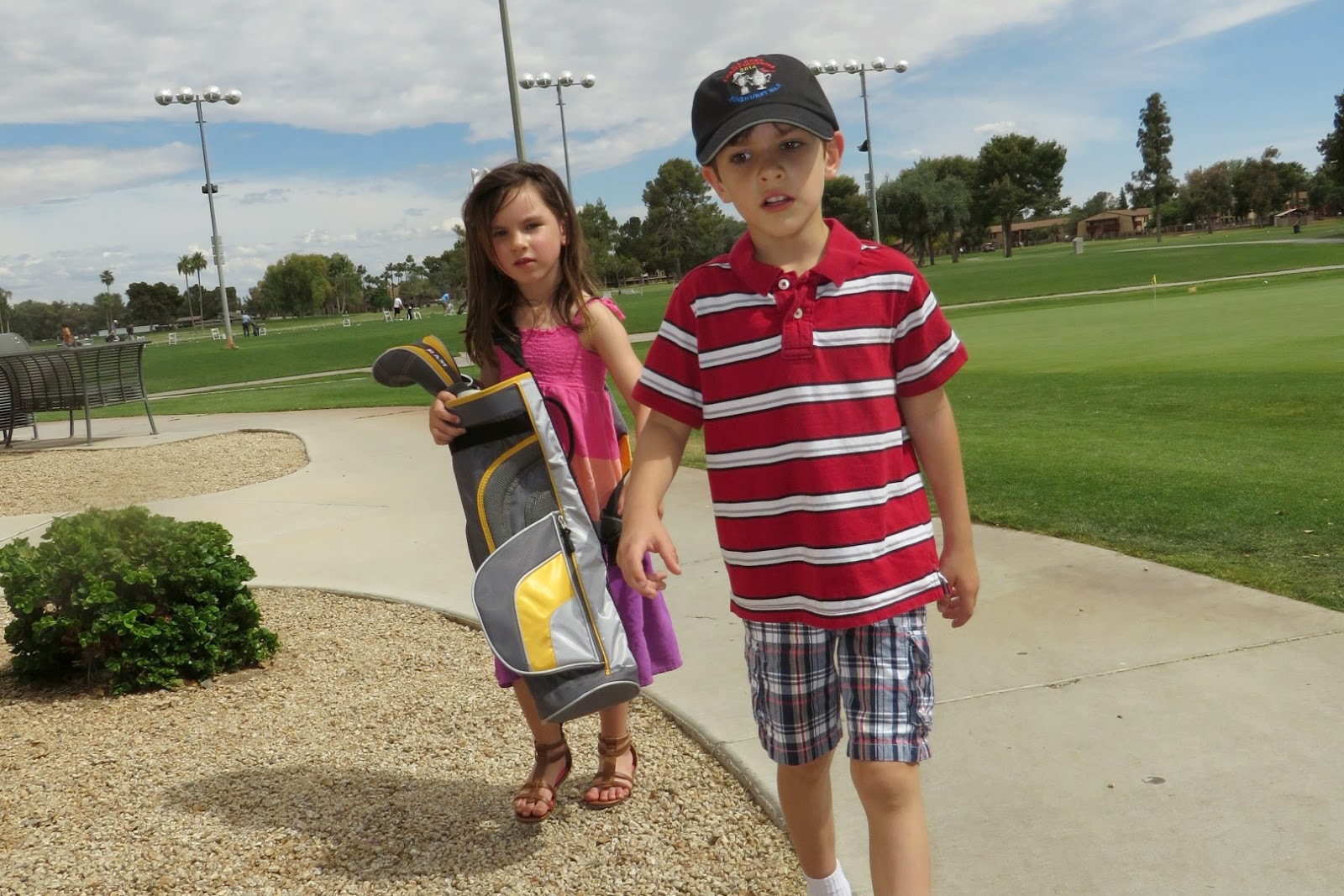 Layla's teacher asked her for a picture of her ice skating.  I looked back through the months of pictures and realized I don't have many that are light enough and clear enough to print.  I took my trusty camera this past week to Layla's lesson to fix that. 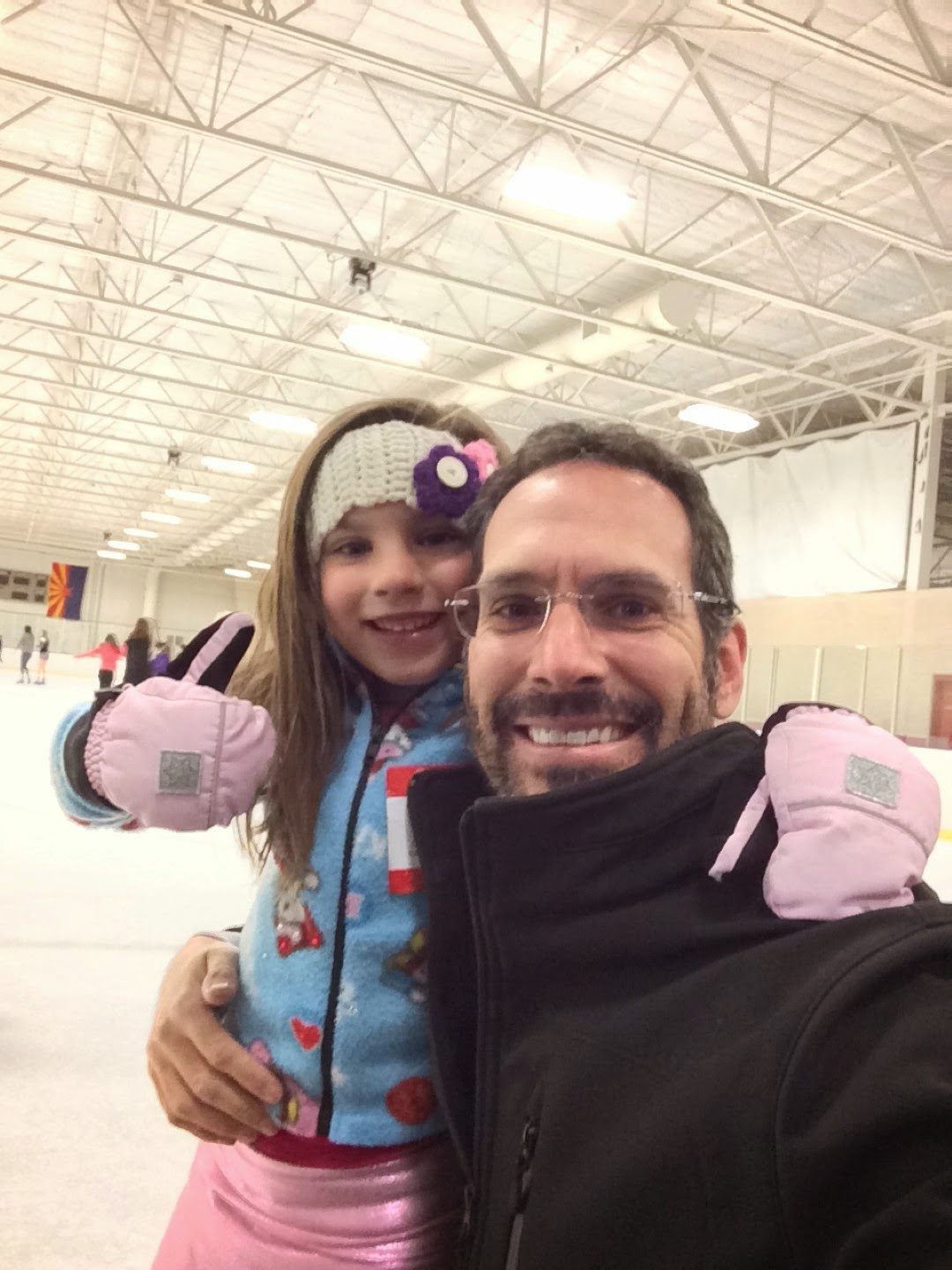 Layla's private lessons are quickly coming to a stop because they cost a small fortune.  Her teacher, Jaime, is well worth the price, but unless she were planning to be in the olympics I don't think we can justify it.  Group lessons were less pricey, but with the closure of the local facility there are no more group lessons available close to our house.

I drove her out to Gilbert where Jaime teaches during the remodel.  Layla has a blast learning from her. 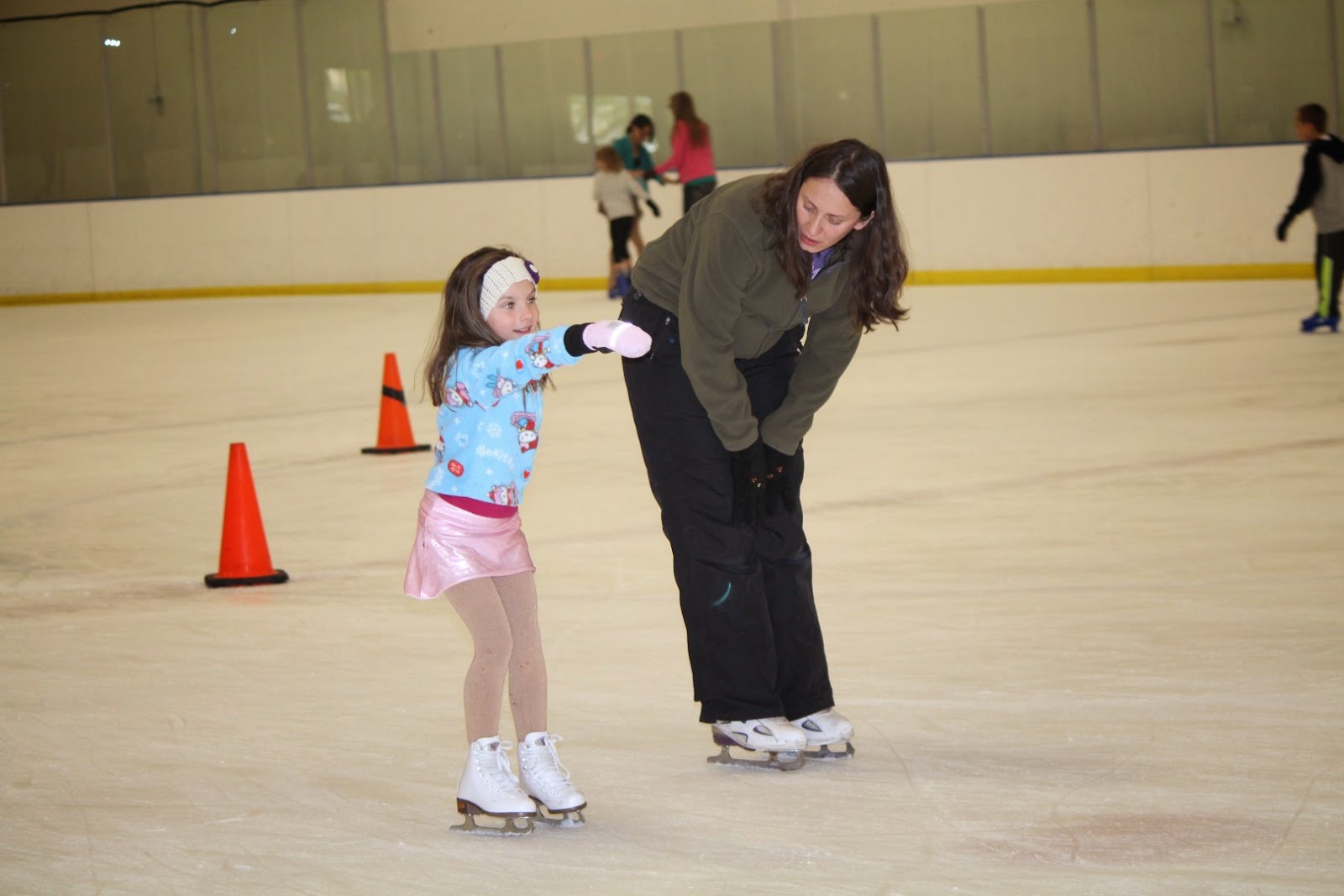 I caught their attention on one of their rounds and as you can see they are all smiles all the time. 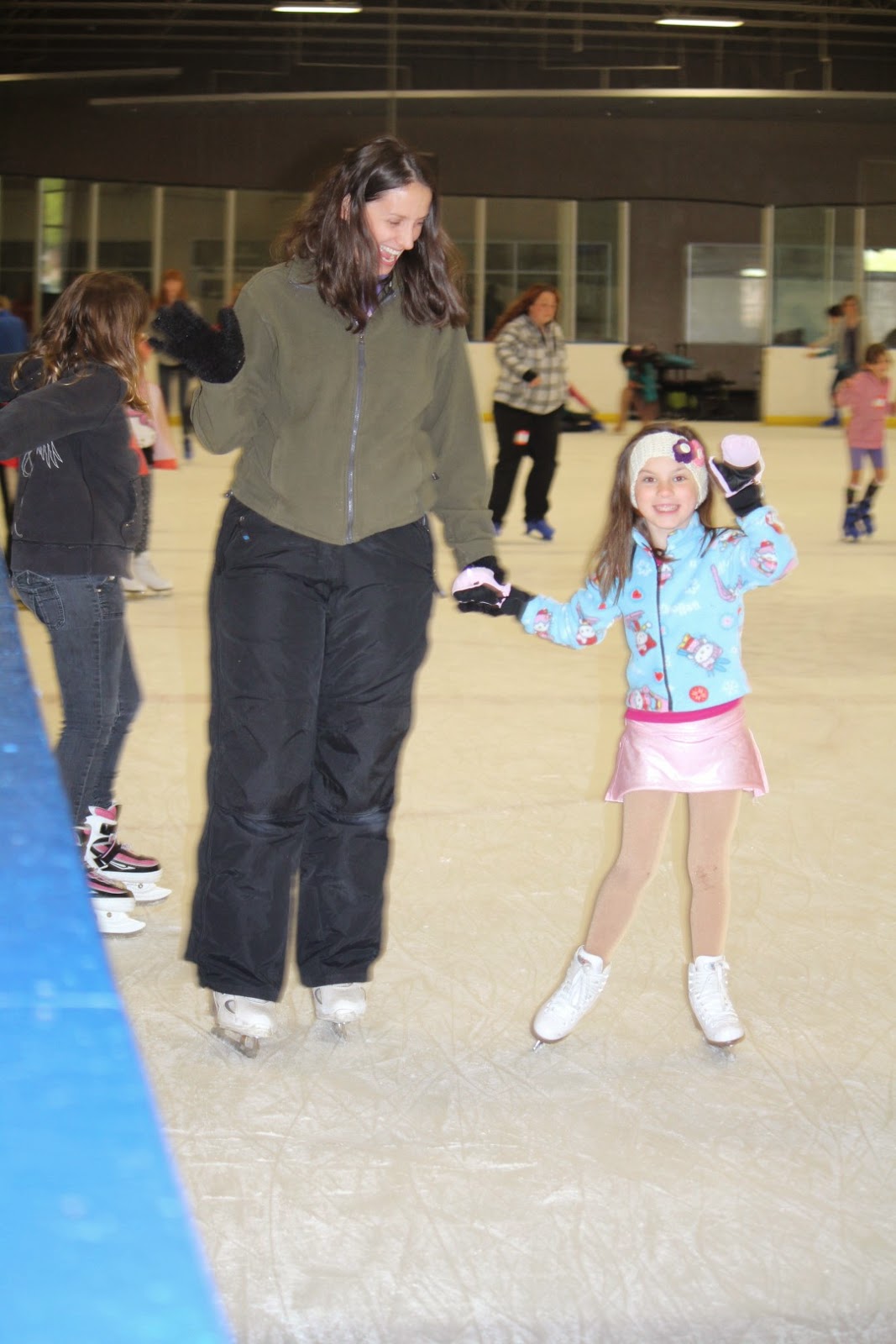 After her lesson was over I stayed around for another hour while Layla skated around on her own.  Well, she was sort of on her own.  She's so friendly that she met a new skating friend named Annie. 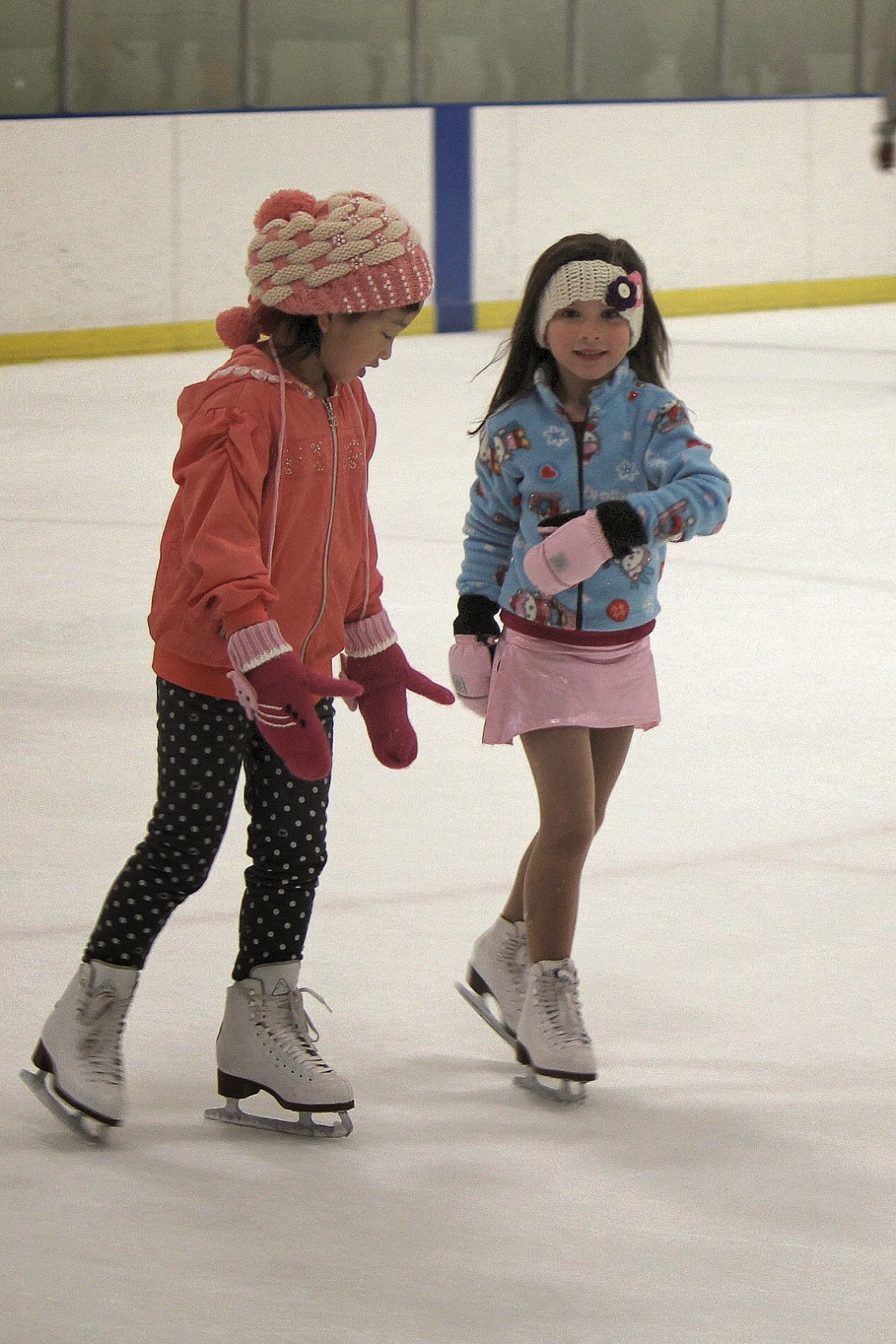 Within a couple of minutes they were skating hand-in-hand and talking up a storm. 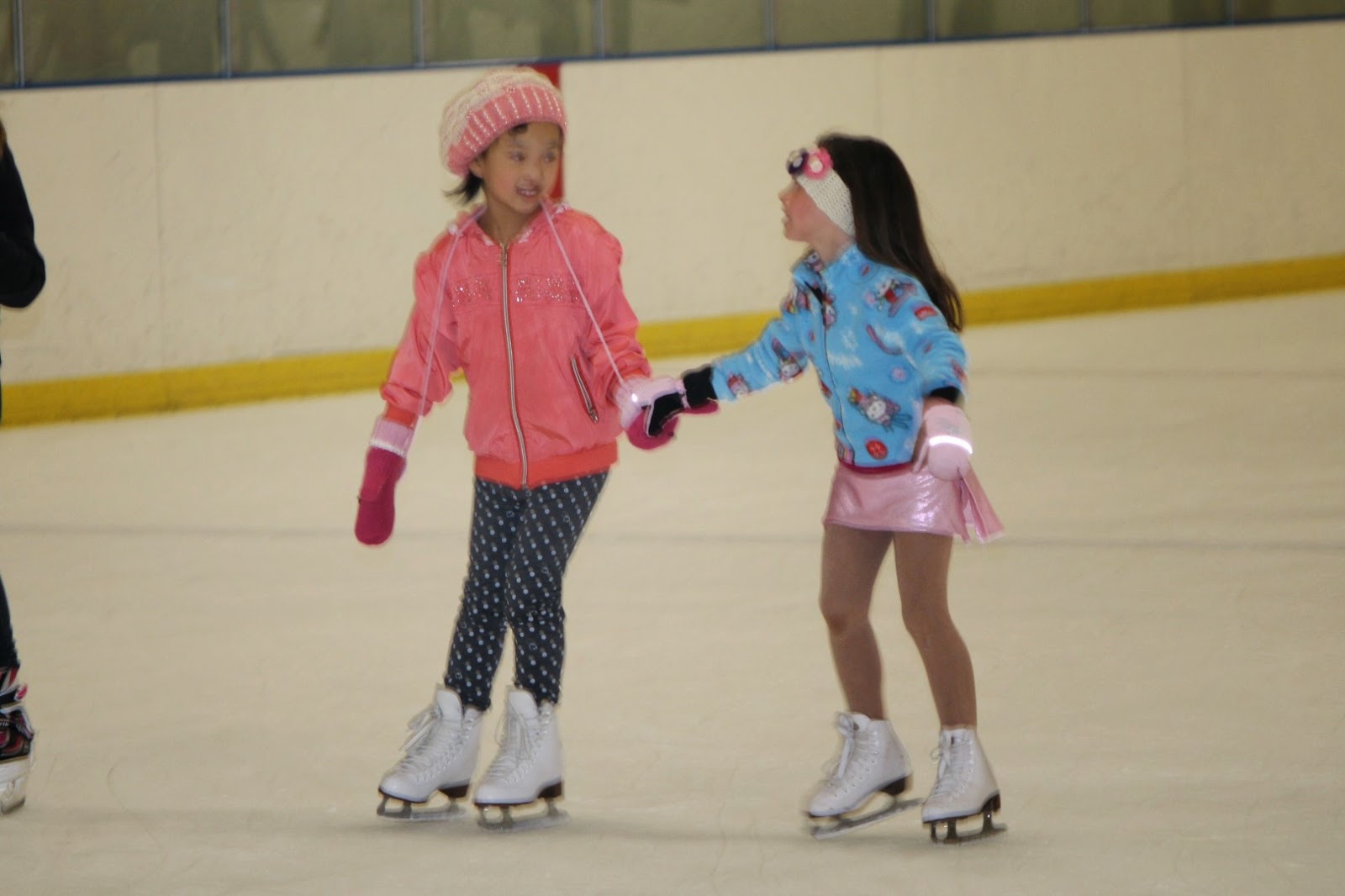 Even after Annie was off the ice and Layla completed 90 minutes of ice time she was still beaming with smiles while practicing her moves.  It's hard to say no to her request to skate after witnessing this much joy coming from her. 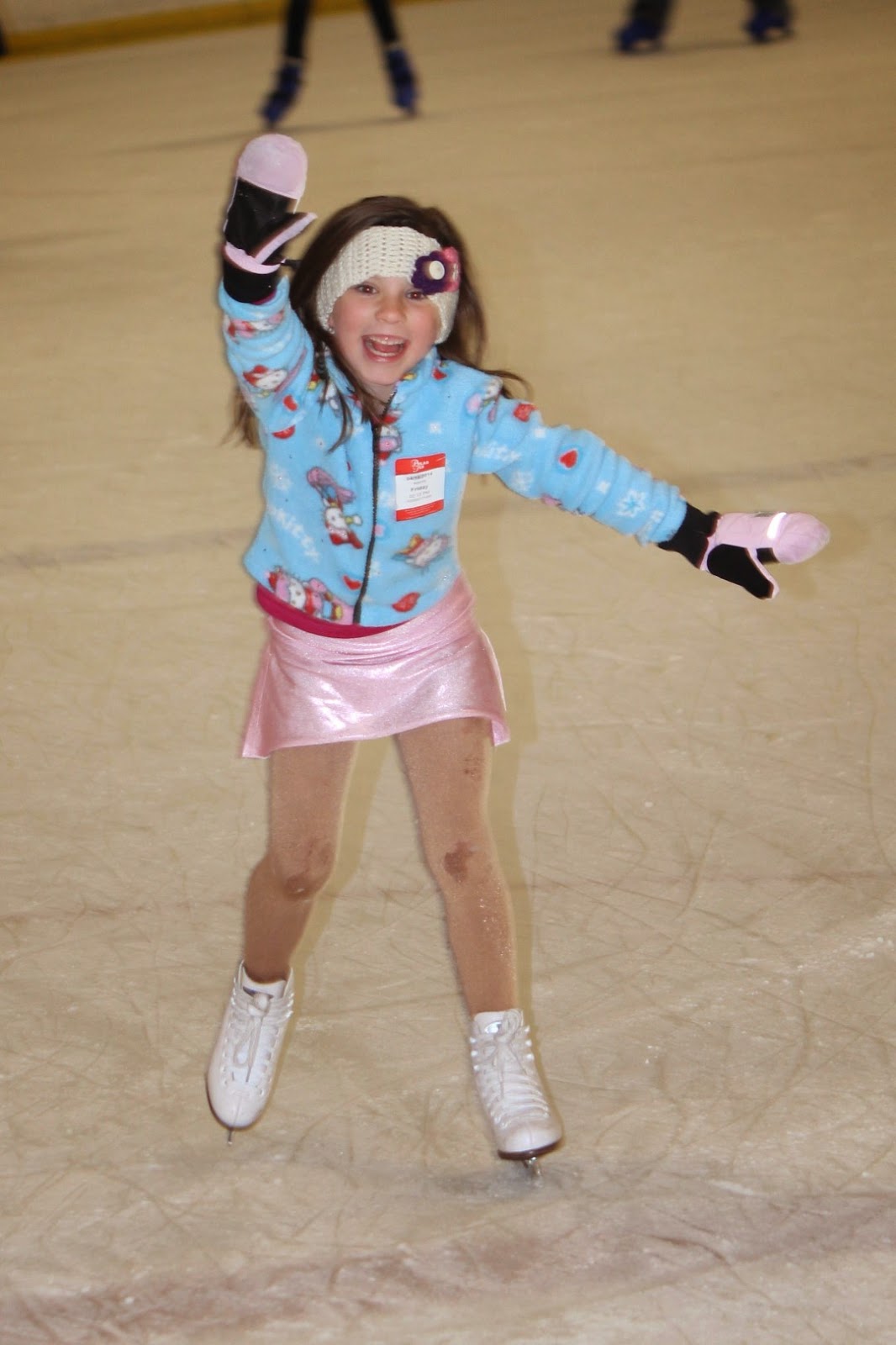 We had a happy Easter.  Unfortunately I haven't downloaded the pictures yet except for this one I took by our front door after church.  It's my new favorite picture of the 4 Webbs because Kendra looks hot like always and the twins look 3 years older than I think they should.  I am proud of us as we soak in the last bits of their kindergarten age. 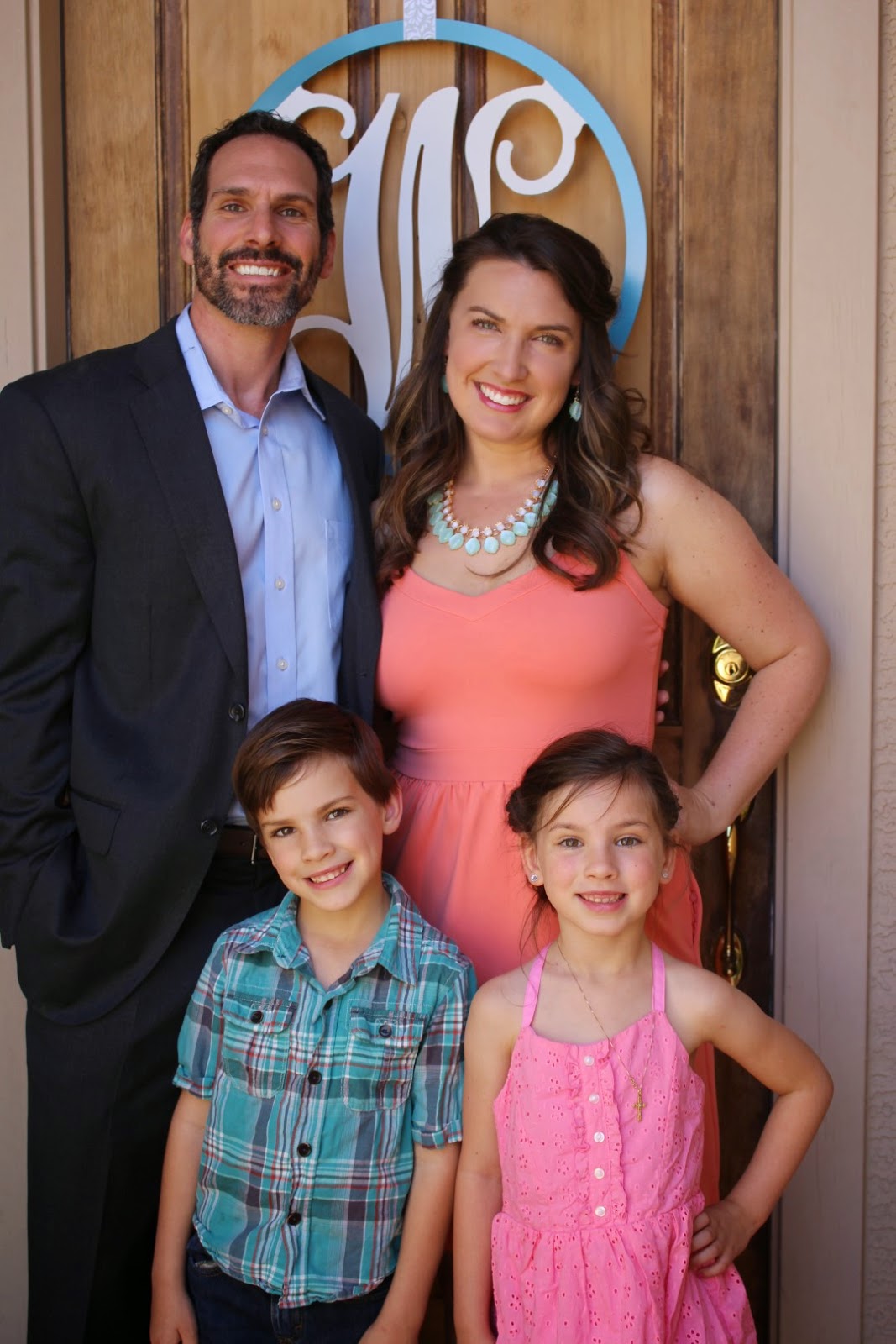