There is no such thing as "making time".  Humans don't have the ability to do that.  All we can do is "take time" by applying what we are given to whatever we prioritize as most important.  In the midst of the busiest month of our the past decade I'm still taking time to be a Daddy.  The only thing that is suffering as a result of this season is the connection between Kendra and I.  I miss our time together with the two of us just doing nothing together.  Hang on, wife...  only one more week until the conference is over and we can get our priorities back to normal.

There are so many exciting things happening at the Webb house I barely know where to start.  Ouma arrives tomorrow!  I begged her to change the flight to an earlier day and it worked.  The twins have no idea she is arriving early.  They will be surprised to see who picks them up from school.  Layla colored this picture of Jasmine and wrote "I love Oma.  I love you so much." 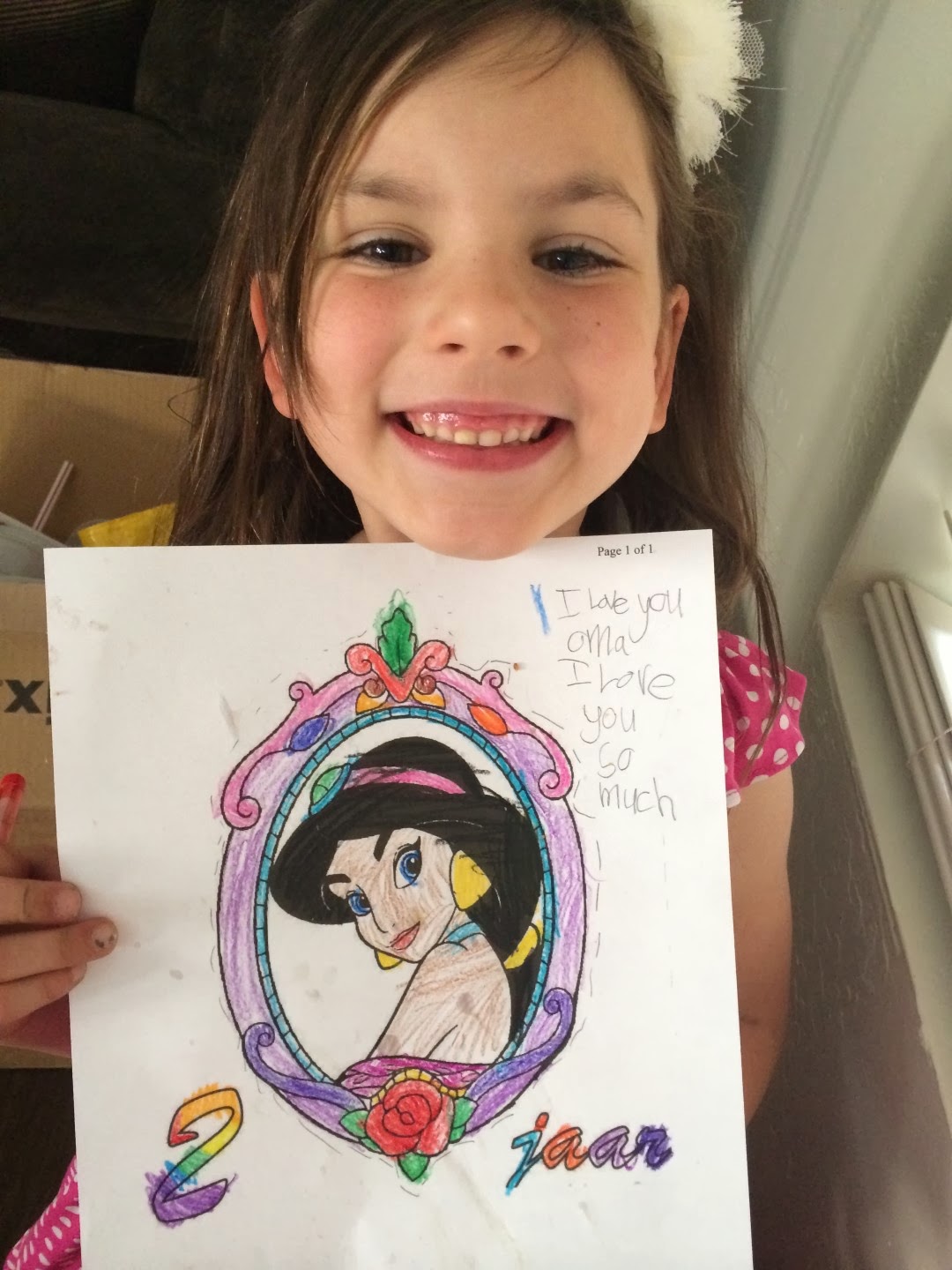 Easton requested to ice skate with Layla before her group lesson.  It is free for he and I to skate so of course I said "why not?"  It took 30 minutes for him and me to skate around the rink twice.  He scooted along and did well considering I'm not ice skating teacher and this was only his second time on ice skates.  Layla whizzed by several times while playing follow the leader with her friends.  She paused briefly for pictures. 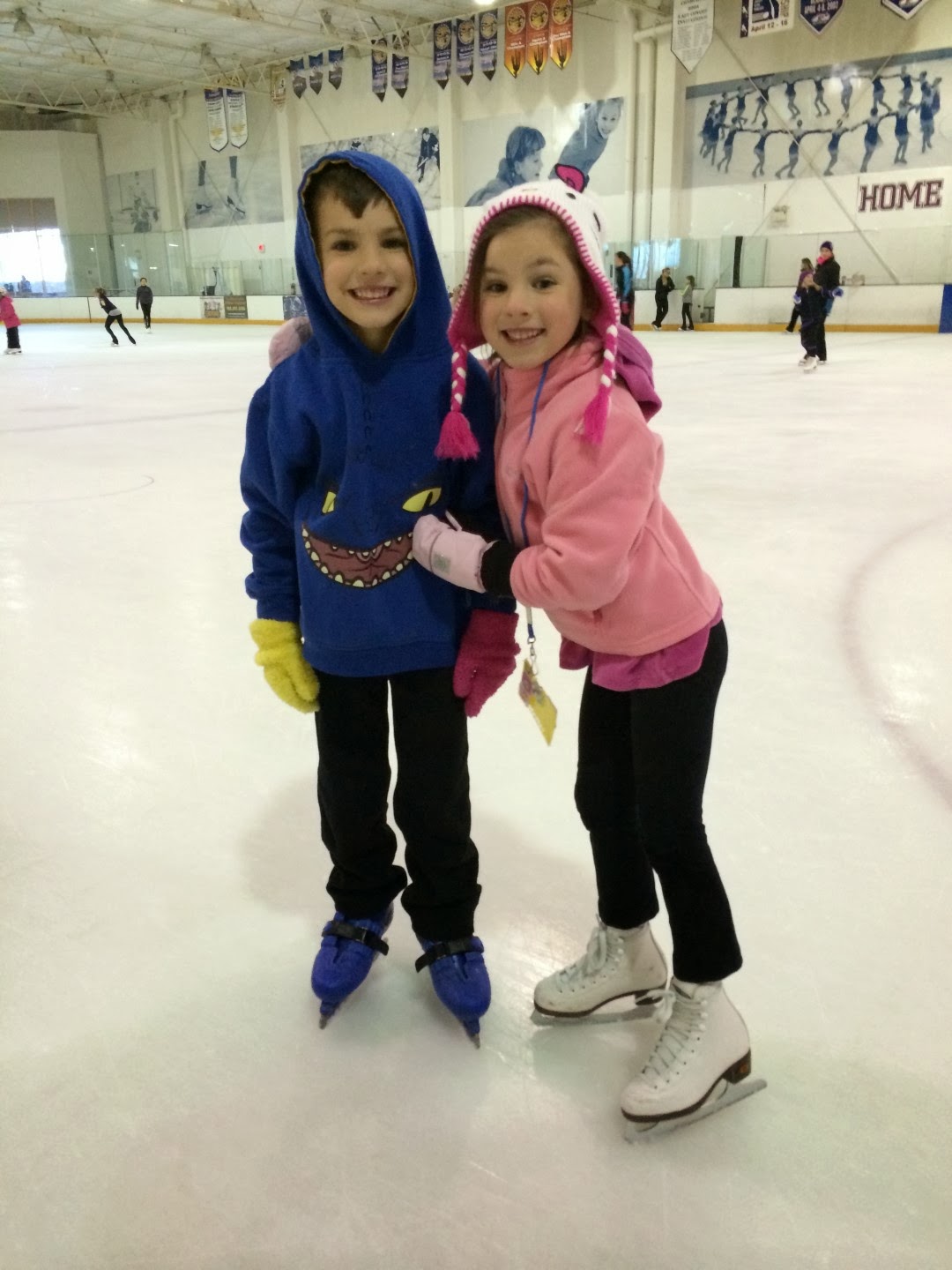 Easton's yellow and pink gloves are ones we found in the bottom of the lost and found hat and glove box at the rink.  Hey, we live in Arizona!  It's not like he needs a pair of gloves for any other reason. 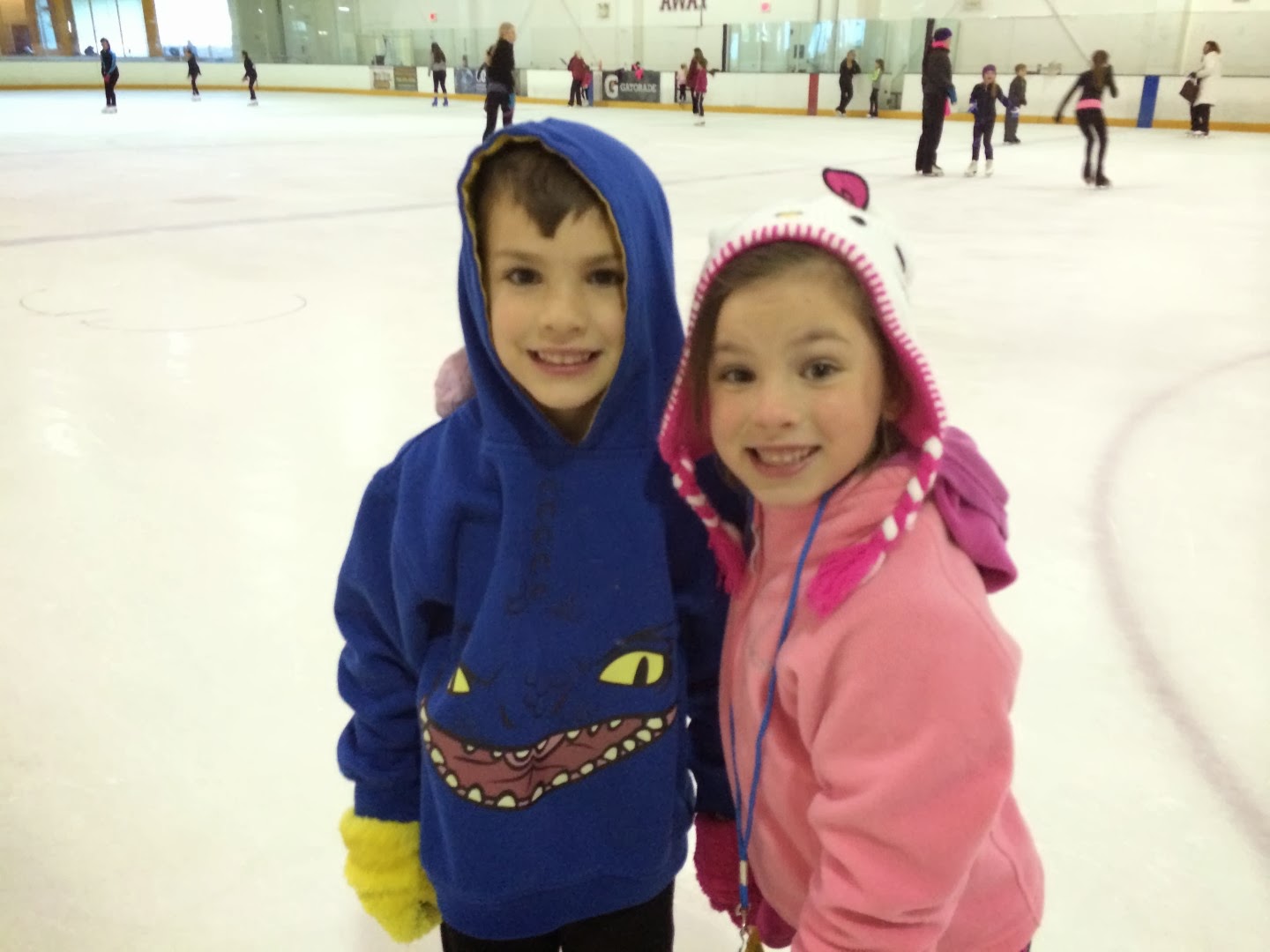 I bet we'll see Easton on the ice again soon too because he had a great time.  He met a new friend who skated with us for one of the laps.  He is 8 and has been skating for 3 years.  Watching our new friend skate was inspiring for Easton because he saw that it is possible to be a boy and skate well.

After the lesson Layla occasionally gets a sucker from the teacher.  She is so considerate that she asked for a second one for her brother.  One pink and one blue, of course. 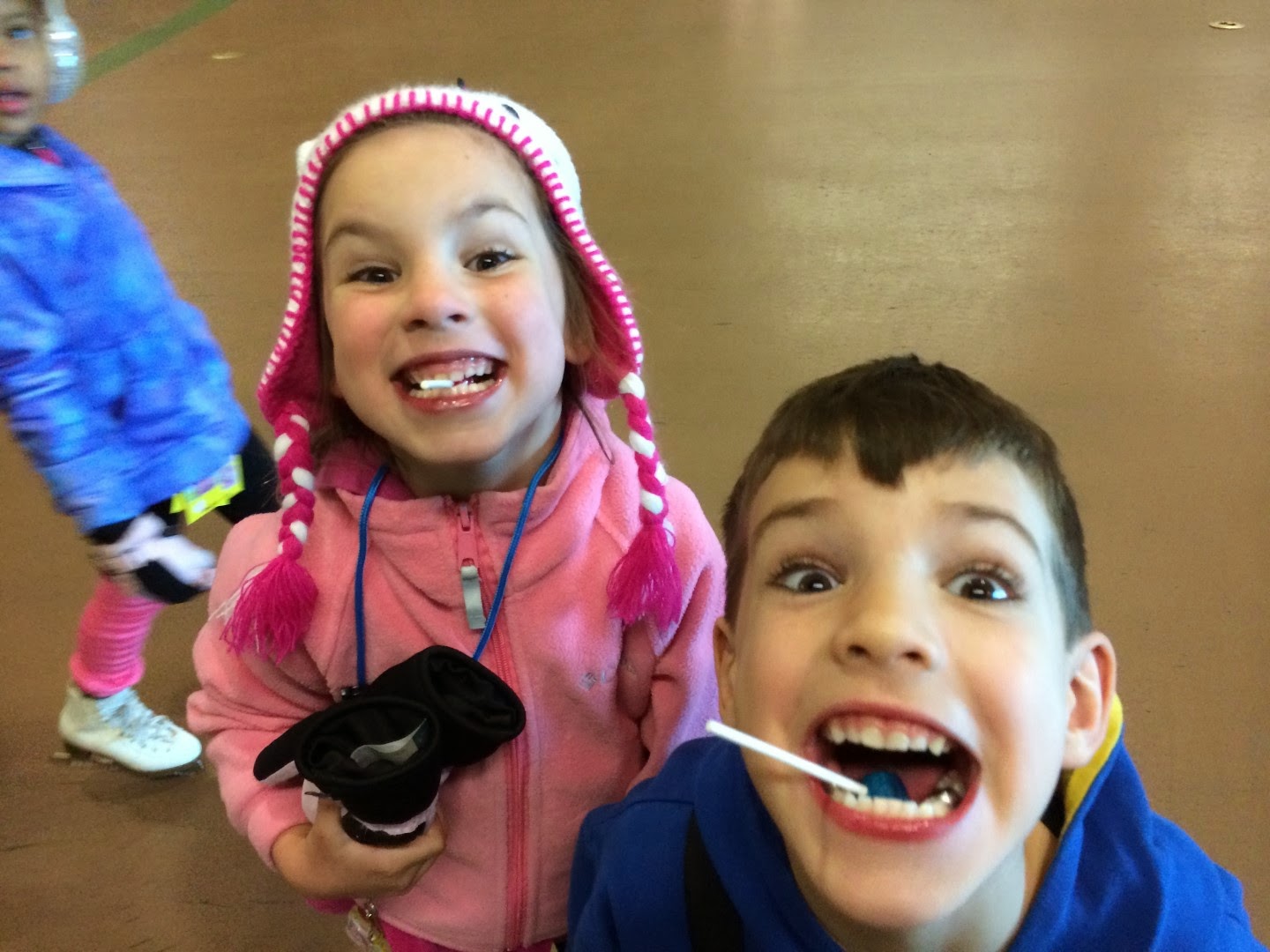 Easton and I have been slowly, but surely building his Space Shuttle.  It measures 29" long and 20" wide at the wings.  It's huge! 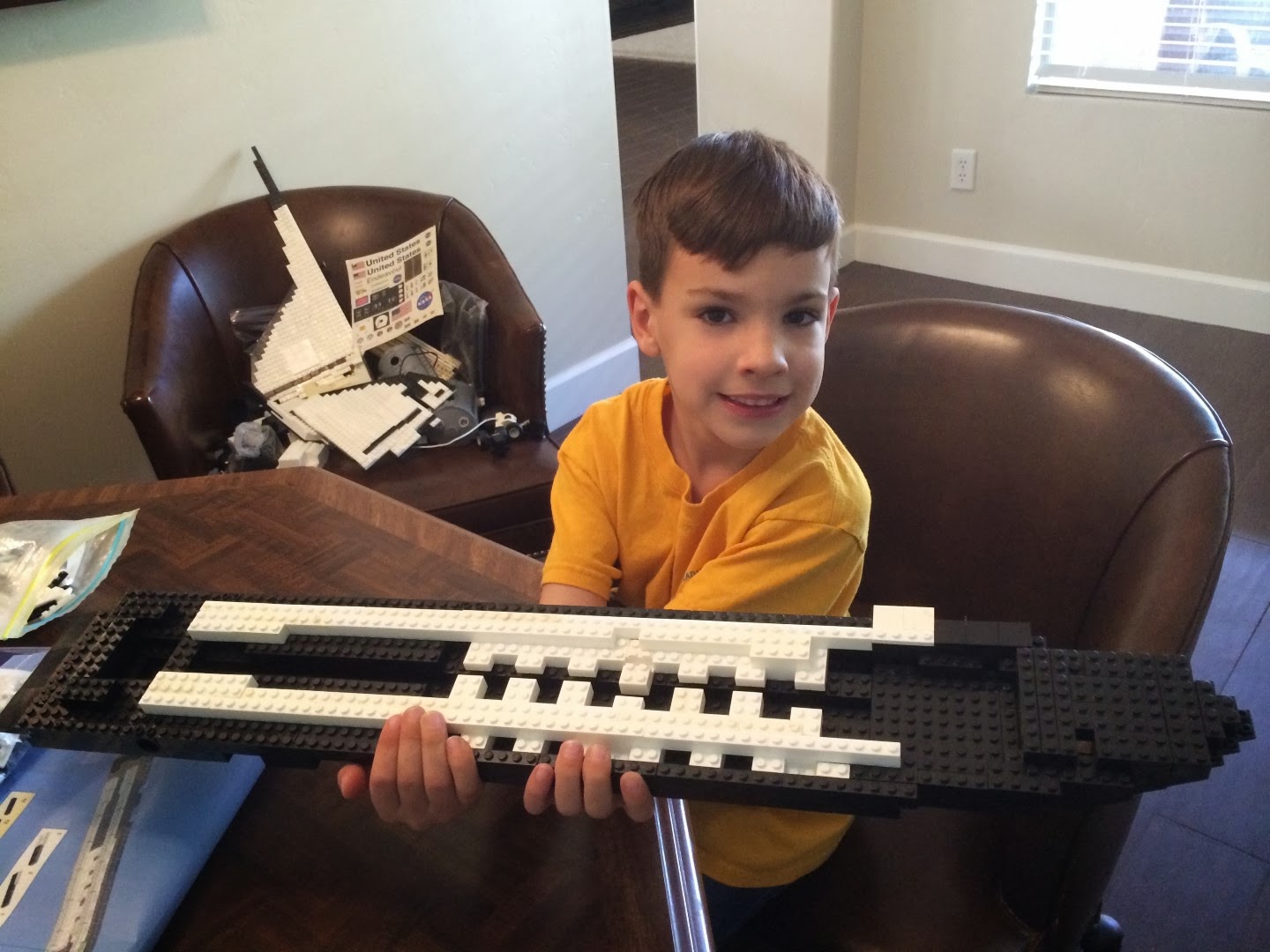 I am the most blessed person alive.  After realizing our 2000 piece Mega Bloks Space Shuttle was several pieces short I searched the internet for parts.  Have you ever tried to find parts for a set from the year 2002?  Don't.  It's impossible.  However, I found a Good Will store in Wisconsin who was auctioning off a full set of the exact model we need.  The auction had 3 hours left when I found it.  Talk about good timing...  I won the auction for $7.99.  That's a hard-to-find, out-of-stock $260 set for 8 bucks.

The package arrived as expected with something extra: packing peanuts. They took a few out and tossed a couple in the air.  They grabbed a handful, looked at me for approval, and with one nod of my head we made a huge mess of the great room. 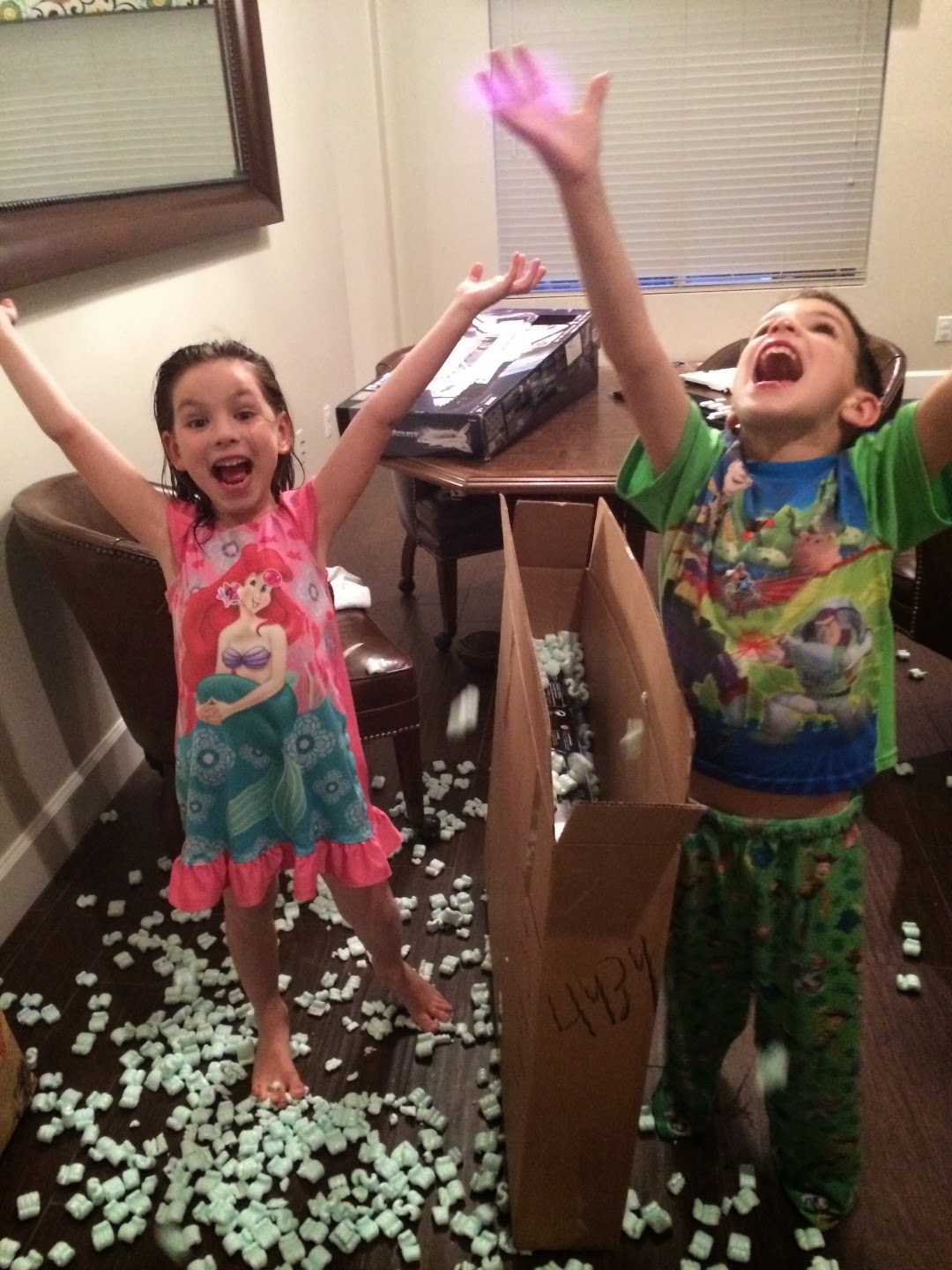 They are such great kids.  If I said "no" they would have humbly obeyed, but when I said "yes" we had a fun moment of throwing them in the air and smashing them with our feet.  Nothing a quick run with the vacuum didn't fix.

Layla wanted to play Go Fish when I gave her the choice of doing whatever she wanted to do with her Daddy time.  We sat at the patio table enjoying the perfect weather, great conversation, and a game of cards.  She is just like Kendra when it comes to being competitive.  I love her for who God made her to be, including her competitive nature. 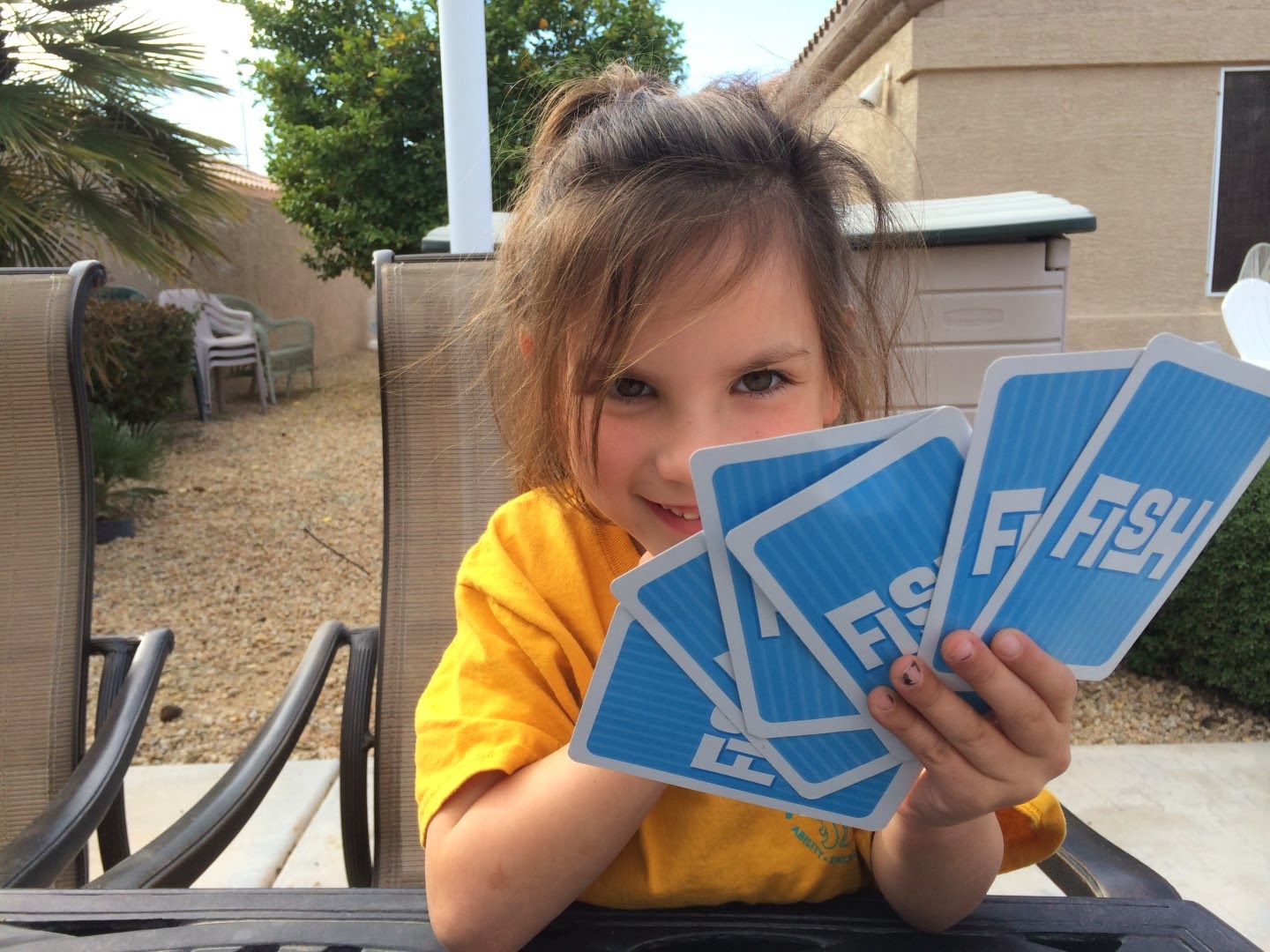 Easton had a fever for the past two days so Sunday morning I took Layla with me to church while Kendra stayed home with Easton.  We stopped by Dunkin Doughnuts for breakfast sandwiches and a doughnut.  We shared one, which she picked out.  a pink heart shaped, boston cream-filled doughnut with sprinkles.  When I cut it in half, Layla said, "hey look!  our hearts go together because you're my Daddy."  Can't argue with that. 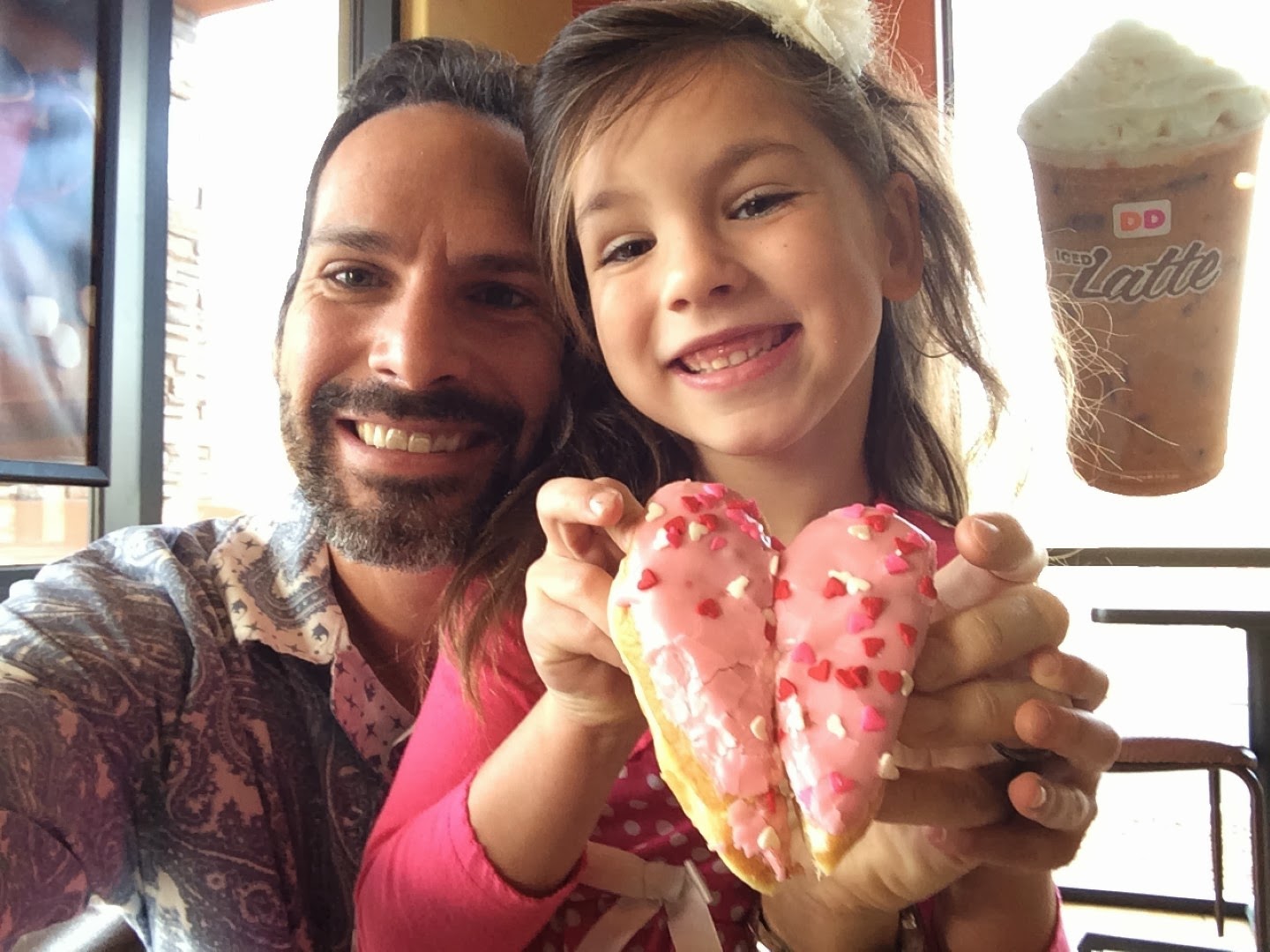 Be sure to show the finished lego rocket you guys build! Who vacuumed up the "peanuts"? Also let us know how your conference goes. I'm anxious to hear the news! Love ya gobs, MOM