The birthday celebration is mostly over except for a few decorations strung in the kitchen and a piece of left over cake.  The twins had many serenades from grandparents and friends who sang Happy Birthday to them.  I only captured one on video since Ouma and Oupa are the only ones who Skype with us. 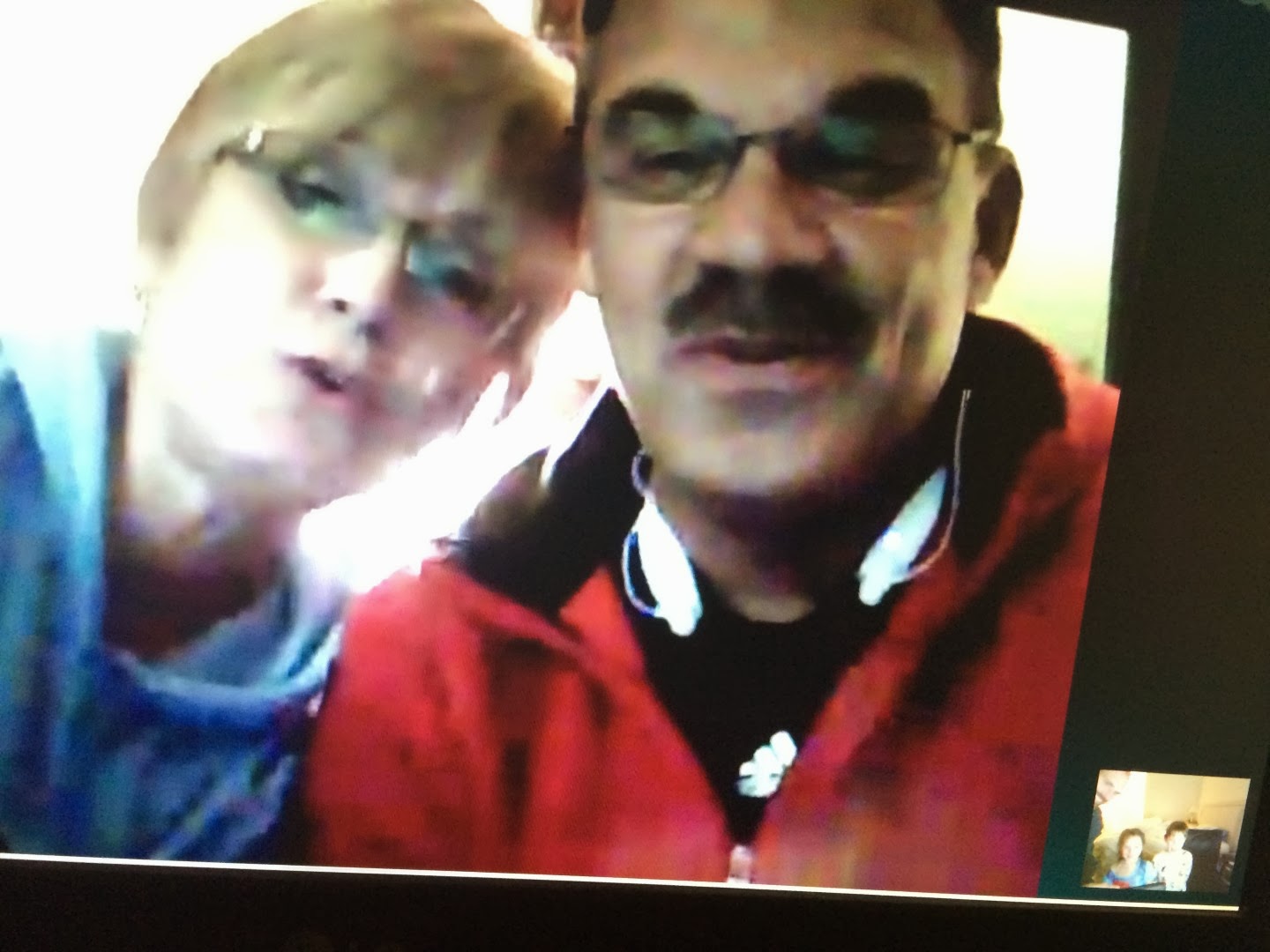 Easton and Layla smiled proudly each time someone called and sang.  Their birthday gifts were plentiful and perfectly tailored.  Thank you to everyone who sent a card or gift!  I bought Layla's ice skates as her main gift from me.  For Easton I found the Mega Bloks Probuilder Space Shuttle (like Legos) on Craigslist. I am a Craigslist fiend lately because I like nice things, but dislike paying retail.  This set was $200 new.  I got it for $10 and some pieces are already pre-assembled (hooray).  We started building it last night, but with 2000 pieces in the box I expect this will be a long project much like the International Space Station model. 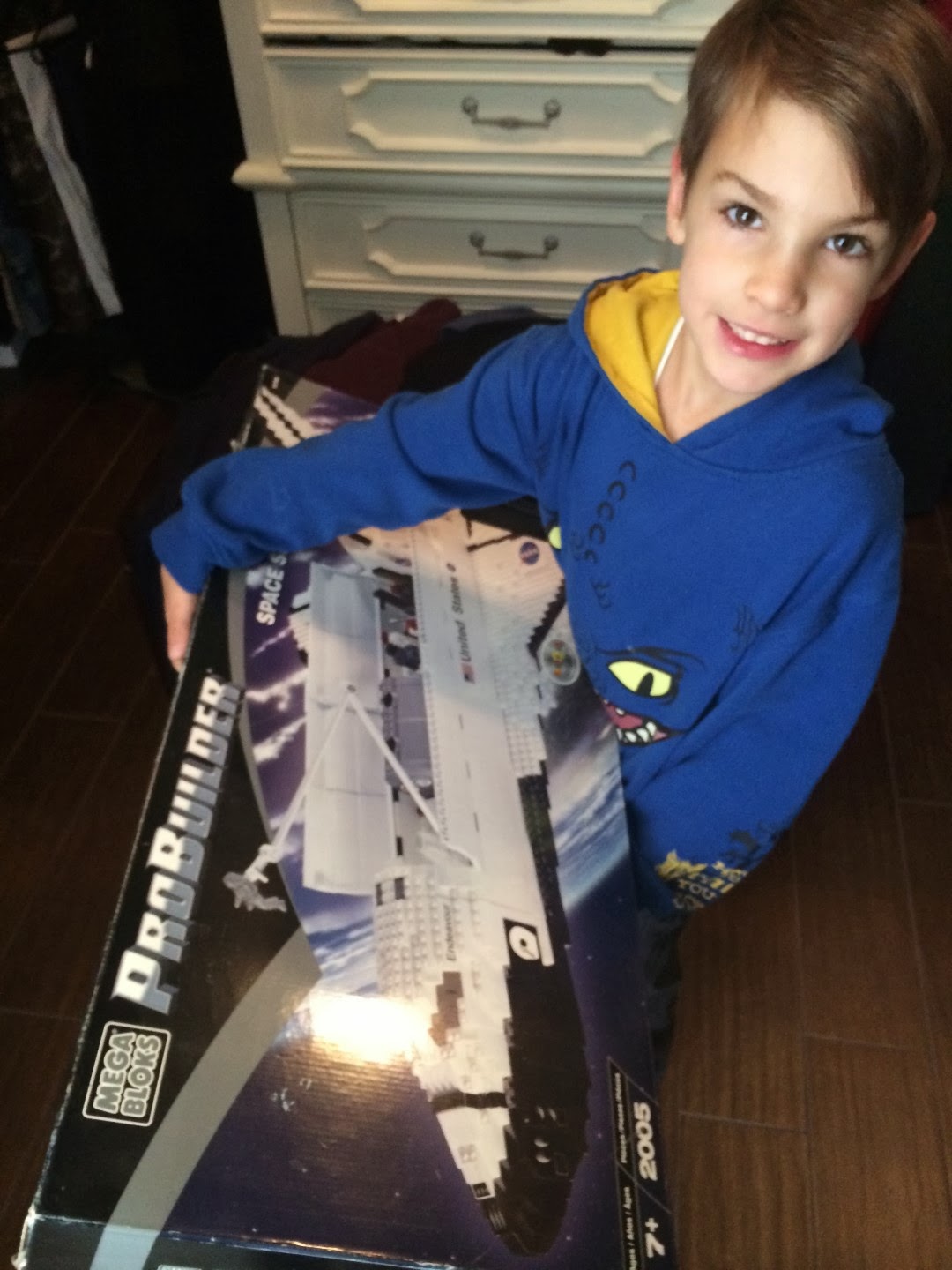 The 4 Webbs drove across town to meet with some friends.  On the drive there Easton browsed his library book about Mars.  He's starting to read really well so these adult books are becoming even more interesting than before. 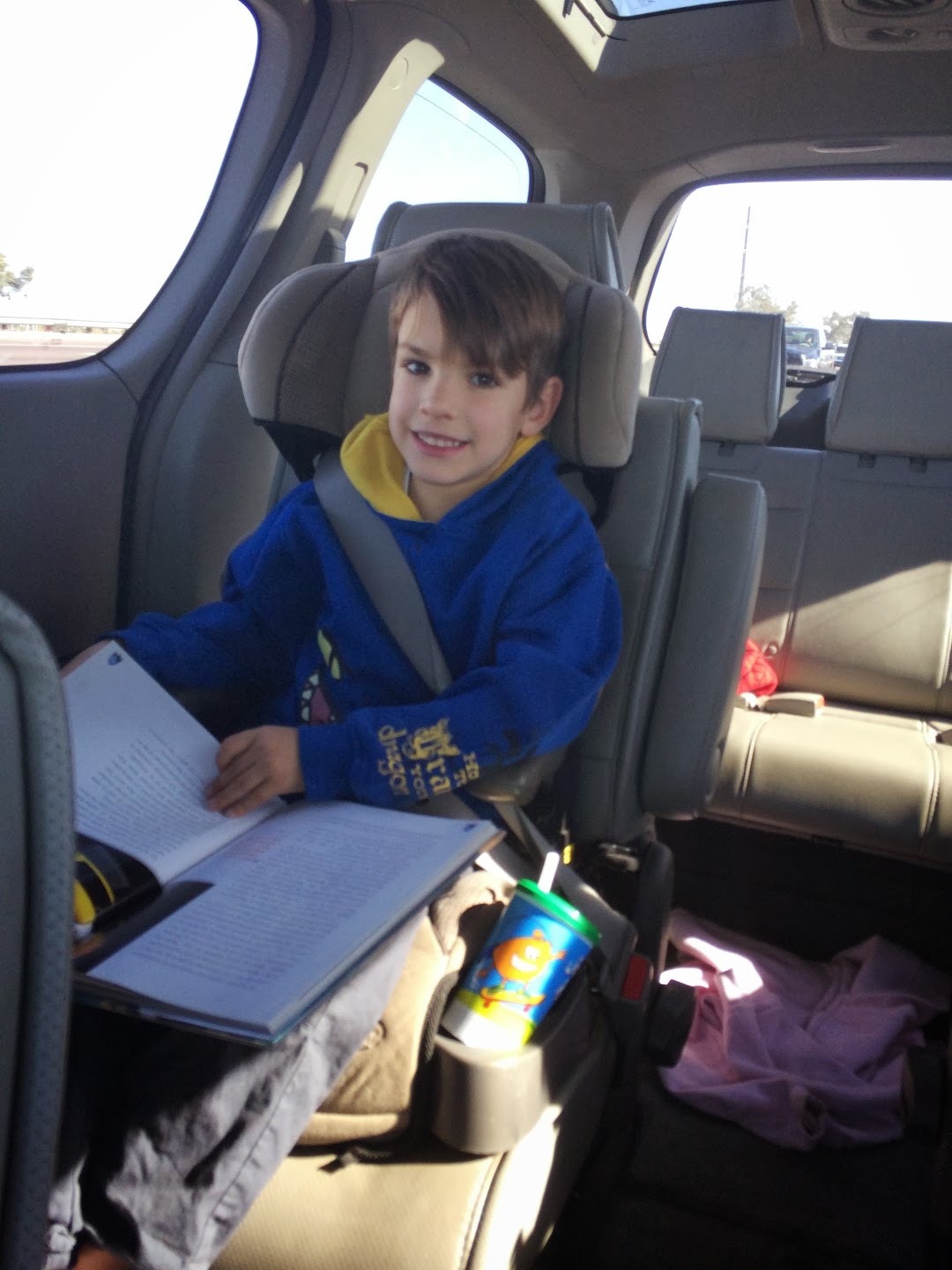 Layla played on the iPad.  Her favorite game is a pet shop owner game.  I'm all for whatever meets her pet needs virtually.  we are not ready for the real deal yet in the Webb house. 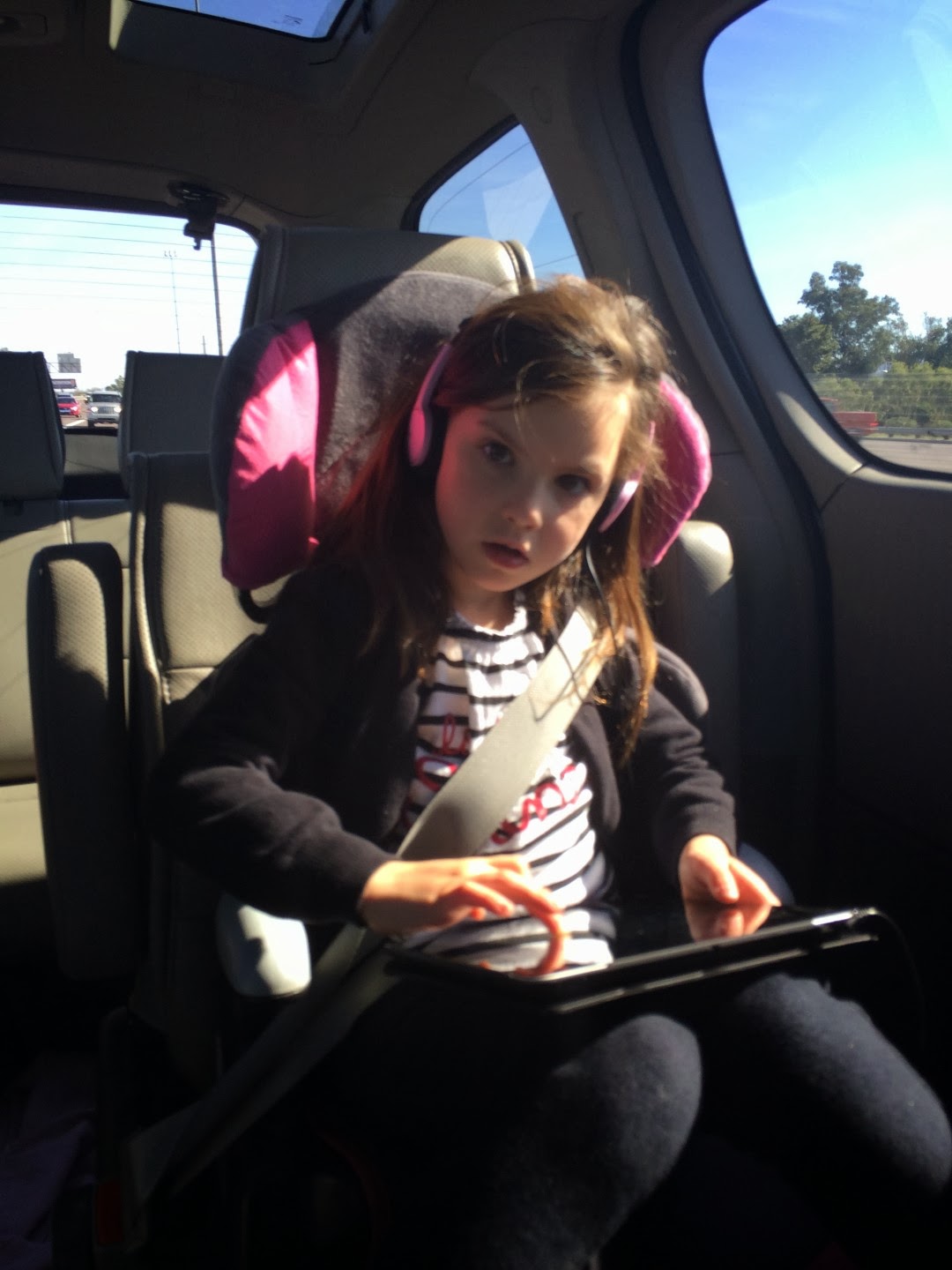 While at our friend's house we spent much of the time in their front yard soaking in the sun.  Layla picked some flowers from their plants and gave them to me.  These two are much more thoughtful than I remember being at age 6. 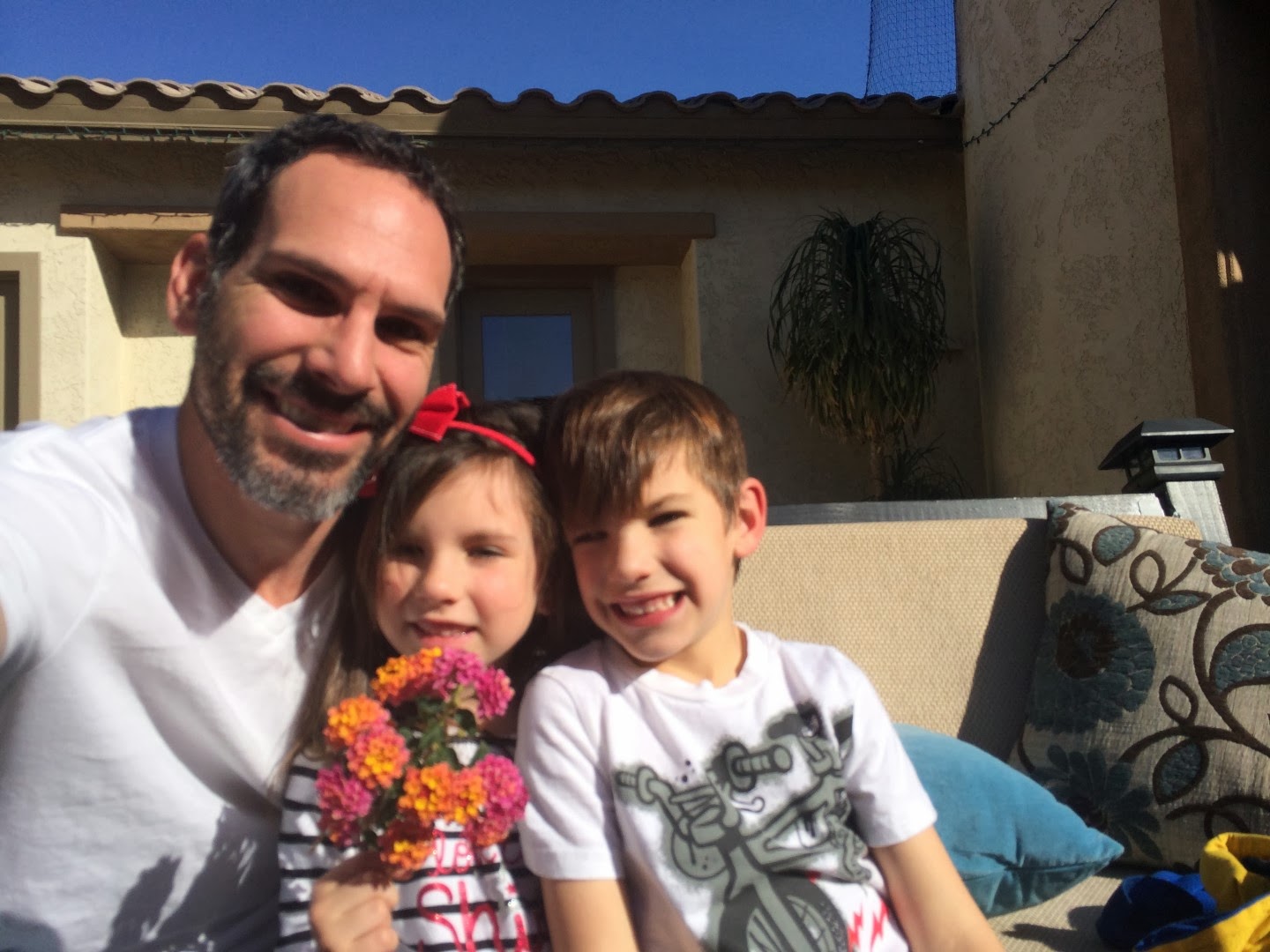 Easton is not much of an outside kind of kid, but he does enjoy swinging the golf clubs.  He's much rather spend time with me playing in legos and star wars in his room.  I bribe him outside by offering to hit golf balls in the green belt. 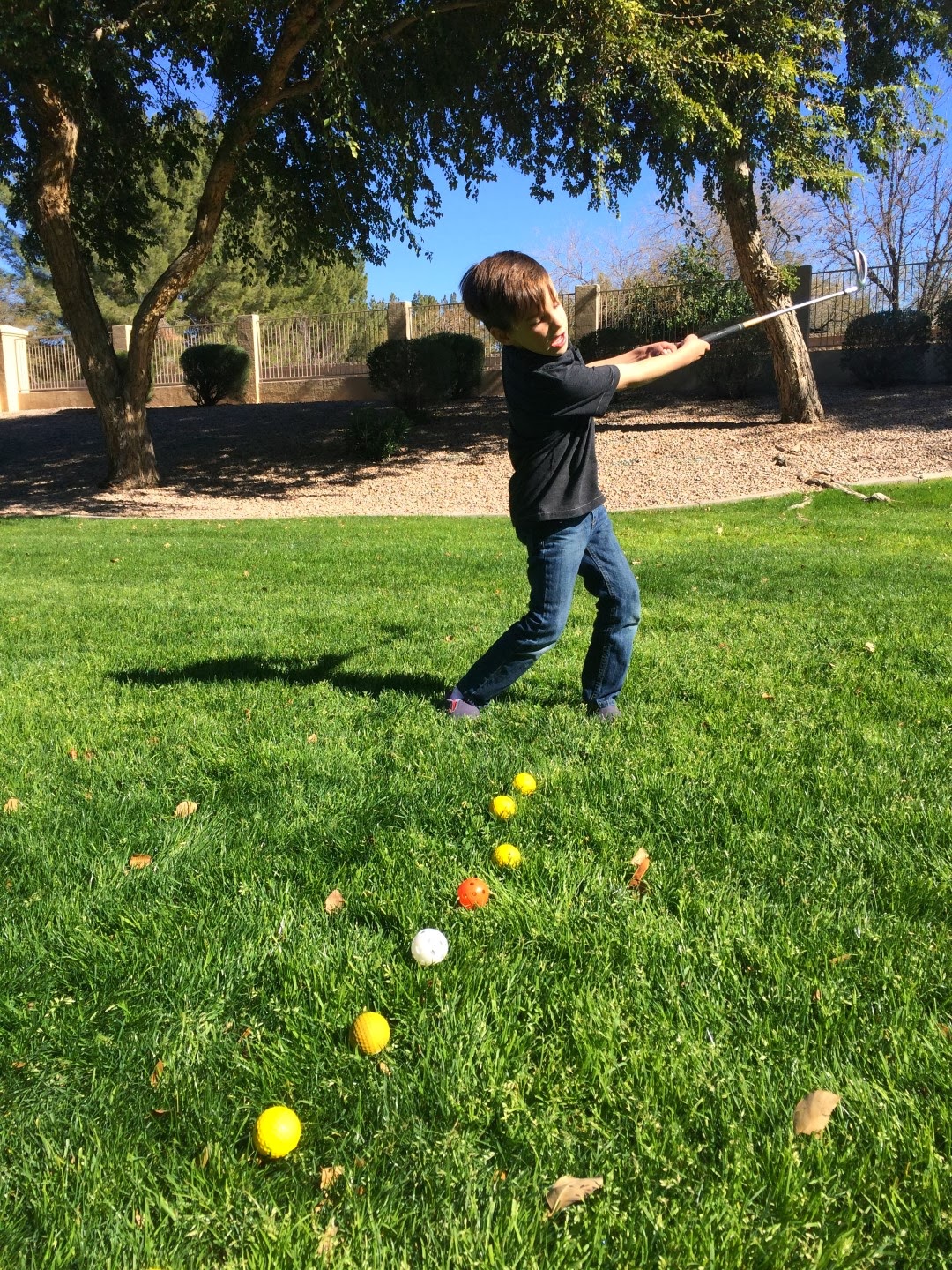 His swing is coming along nicely.  He is working on keeping both feet on the ground instead of coming out his shoes as he rotates around.  I'm thinking baseball might be a good fit too, but it's not good to get golf and baseball swings confused.

All 4 Webbs are in some state of "sick" now. Some are recovering and some are still snot-nosed and lethargic.  This is a rare situation for all of us to be caught with a bug at the same time.  I hear this is a standard part of acclimating to kindergarten...  times 2.  As with all things, this too shall pass.  Looking forward to health and energy very soon.