For my birthday I got Layla a stuffed animal and Easton a Nerf gun.  That's what happens when you get older.  instead of getting gifts, it's more about ignorning the facts of getting old and continuing to be a provider for the family.  I gladly received a few gifts and cards, but as far as birthday celebrations go, this one was about as average as I've experienced during the past decade or so.  I'm just happy to have a healthy Kendra and growing twins.  They are the best gifts I could ever ask for.  The real celebration was for Kendra's bone scan results that showed no signs of cancer.  She was concerned because she's been dealing with pain in her hip and back for several months.  Whatever it is, we can work through it together. 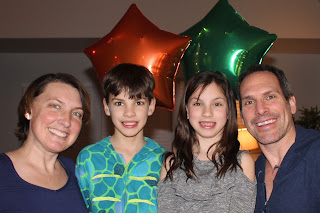 My birthday celebration was pushed out from my actual day because I was busy interviewing a potential candidate for position on my team.  Then, I spent the weekend at cub scout winter camp with Easton.  We drove out East up to the mountains where about 200 cub scouts and fathers had a great time together.  We had no cell phone reception or wifi from our cabin.  that was one of the highlights for me.  The views were like something out of a post card with the snow covered trees and rock cliffs. 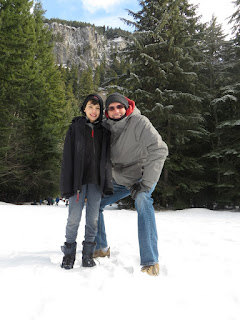 The cabins were dirty and rudamentary at best.  24 bunks with seriously old pads to sleep on and flickering lights.  It was better than sleeping in a tent on the cold snow, but just barely!  The first night there we were the only ones in the entire cabin.  We went a few weeks after Easton's pack because that week sold out before we joined the organization.  The pack that reserved two cabins filled the other one up first and left ours for the "saturday night only" crowd that filed in during the next moring after we had the whole place to our selves. 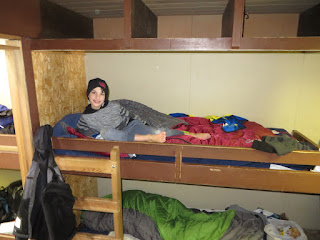 Easton's favorite memory of the cabin was waking up at 3:00am, walking out to the back patio, and peeing off the deck into the white snow.  There are some experiences you just can have in Phoenix and that's one of them.  He also had a great time sledding and tubing.  There was a hill just behind the campground where a continual stream of kids raced down the slope. 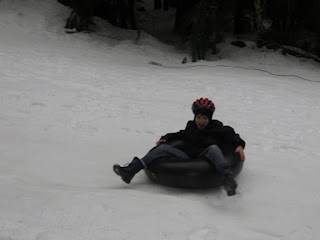 One of the crafts was a wooden cross bow that shoots straws with a rubber band.  It was the best $3.50 I've spent in a long time.  The great part of the weekend was how involved the dads were with the boys.  I thought it might be more hands off where the dads are sitting around reading books in the cabins while the boys have their adventures, but it wasn't like that at all.  every single class and gathering was full participation with the dads. 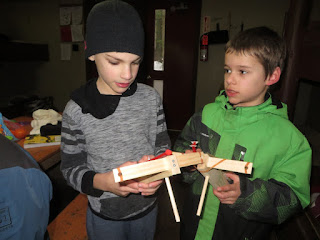 I took a few pictures of our time together and I call this one "frozen webs" because we were both way under-prepared for the two feet of snow and freezing temperatures. 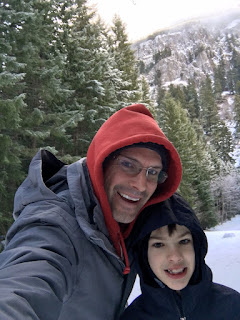 One of the classes was for search and rescue. Easton didn't really know what that was until we got into the lesson.  he was very into it when they strapped the guy to the board and learned how to pack him on there. 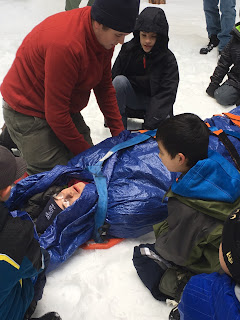 and the BB gun shooting was a big confidence booster for him since he's already shot .22 rifles and pistols.  He nailed the tiny target with every BB and felt like the king of the camp. 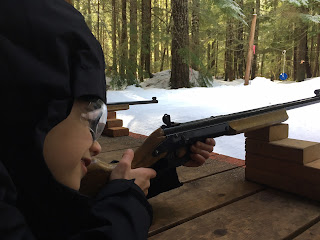 The two of us went exploring up in the mountain alone during one of the free time slots.  We jumped in snow banks and scrambled up mossy rock ledges to get a breath-taking view of the mountain across the way from us.  I let him lead the way since that is part of what we go to camp for:  to help him learn to lead. 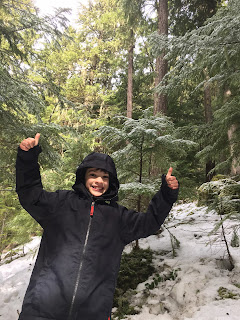 Easton earned his "whittling chip", which is a business card with his signature and the scout leader's signature.  It indicates he is authorized to carry a pocket knife.  I'm really glad we went through the safety class and explanation of how to handle a knife.  He is on his way to being a real outdoorsman. 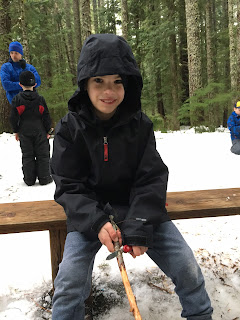 Probably one of the most enjoyable weekends for he and I that we've ever had.  we'll definitely plan more frequent trips alone.  I only have a few more years before he heads off to college, but we're just getting started with the kind of adventures I've been dreaming about since the day he was born. 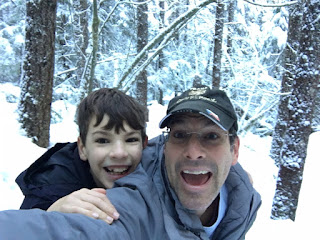