This is an older picture from a few weeks ago, but it's notable because I get to explain why many pictures of kids including eating.  If they are eating, then they are still enough to take a picture.  If not, then they are climbing trees and jumping off hay bales.  Two minutes prior to this picture and two minutes after this moment involved trees and hay bales, which would result in blurry, distant pictures.  This explains why we have many pictures of the twins eating.  I am pleasantly surprised by the relationships we are maintaining and growing since leaving our church.  This is "newness of life" because the relationships are more intentional and we are finding out quickly who really wants to be a part of the 4 Webbs and who doesn't. 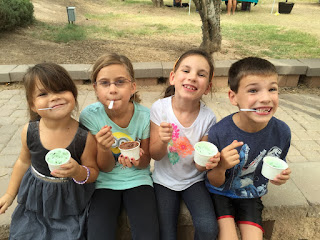 And the same can be said for Kendra and I, in general.  The two of us dropped off the kids at school and then went out for breakfast as a date.  We sat next to each other and had a value time of conversation and nothingness.  Nobody spilled anything.  Nobody was told to keep their "tummy to table".  Nobody complained about the inequality of egg portions.  It was wonderful.  Having twins is one of the best things to ever happen to me, but I get great joy from being alone with Kendra even for just a one-hour mundane breakfast.  This is "newness of life" because we are finding out our true identity now that we are not leaders or pastors at church.  It's not a sense of "who am i without the title and influence?" Instead, we have an overwhelming peace and excitement about the future.  As of now we are just husband and wife and parents and friends. 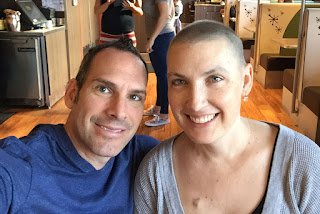 Every day I can see Kendra's hair growing back little by little.  Her eyelashes, eyebrows, and hair on her head is really coming back in well.  As I sat next to her for breakfast I noticed her eyelashes are long enough to be useful again. 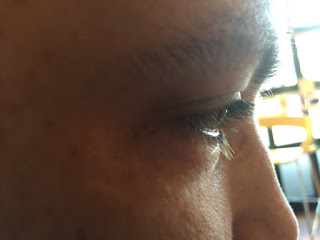 We celebrate every little thing; even the hair in places like her armpits that she doesn't particularly care for.  I took a picture of this because it's the first time Kendra has needed a razor in the shower in eight months.  If I were to write a book about this segment of our journey I would use this picture and title it, "Life after Chemotherapy".  This is "newness of life" for obvious reasons... 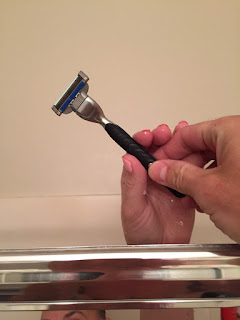 The greatest moment of the week was realizing that the six-month temporary handicap pass expired at the end of the October, exactly when her back was well enough to not need it any longer.  Her desire to drive and be independent was a strong motivator early on when her vertebrae was just starting to heal as the tumor shrank from radiation.  I'm the happiest person to ever have a tag expire because that means Kendra's healing is really tangible.  The "newness of life" is not about getting back to the way things were, but about discovering who we are right now in this moment.  Kendra's surgery proved to be successful because she is mobile and pain free in her bone. 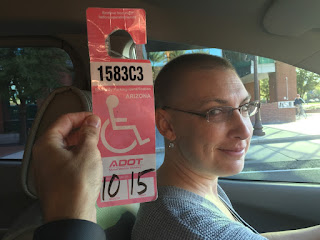 Layla's wiggly tooth is going through the stage of dangling and hanging on by a thread, or a nerve.  She's too scared to let us pull it out, but dislikes having eat tenderly to avoid pressing the tooth against her gums.  She thinks it's funny and we encourage her by laughing along as she grossly wiggles it around.  The "Newness of life" is that the tooth has to come out in order for the new one to come in.  It's the cycle of life in a one centimeter square. 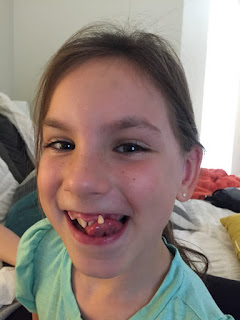 Easton came to us late one evening complaining about his ear hurting.  He had an ear infection once before and his description matched that unhappy situation very well.  I loaded him up in the van and we headed to the emergency room because he would have not been able to sleep due to the pain.  While the two of us were waiting for the doctor I grabbed a glove and blew it up.  I tied it up and we played balloon toss with it to pass the time.  Easton said it looks like a blue chicken.  He has a creative imagination that brings mine back to life a little more all the time.  I hope he never loses his imagination. 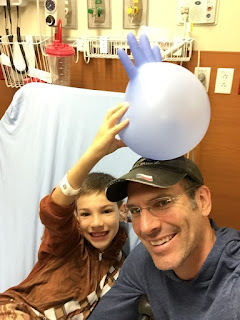 Layla requested a daddy date so we planned out our time together.  She wanted to go mountain bike riding on the trail-a-bike.  Her bike is connected to mine in such a way that she just pedals and enjoys the scenery while I do all the turning and braking.  Even though she has her own mountain bike now, she is not yet confident enough to hit the dirt trails and zip through the twisty canyons like we do when I'm pulling her along. 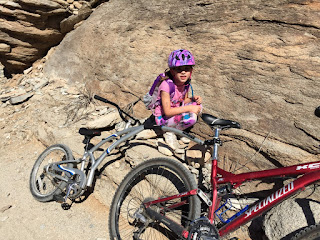 We stopped to admire the view of the city below.  Layla's hug and comment about how much she loves me made my day.  We had moments of silence to listen and see and sense the  surroundings.  I hugged her back and enjoyed the long embrace.  A few years ago I set the expectation inside my own mind that I would never let go first when I hug people.  It's been surprising the number of times when the length of a hug is longer than I would expect, but will continue to let them be the ones to let go first.  This is important because it's the same in life.  The older they get, the more I will have to let them go, but only on their timing and maturity, not my desires. Sometimes the calm moments are the most memorable.  The "Newness of life" here is that Layla can ride her own mountain bike, but she is choosing to let me lead and to be close to me.  I'm going to take full advantage of this stage as long as it lasts because there will come a day, sadly, when Layla will prefer to hang out with her friends than to go ride with dad.  I'm excited that she is old enough to have the choice! 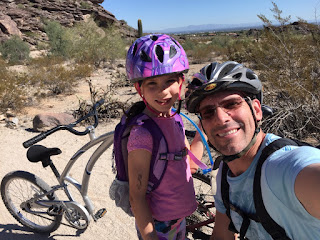