How About Head Lice?

My role as husband changed dramatically six weeks ago.  I went from being a common "take care of myself and keep my underwear off the floor" kind of husband to being a full time care giver to a wife with ovarian cancer, bone cancer, liver cancer, and a broken back and head lice.   I'll get to the lice story later, but on March 5th there was a dramatic shift...

Even with all the incredible help from friends and family I feel the responsibility of  making sure Kendra is taken care of whereas before I just made sure she was able to have an atmosphere to just be herself and blossom.

In the middle of this re-prioritization I'm still doing relatively well in my second role as father.  The normal bedtime routine from 6:30-7:30 is now followed by another hour of bedtime routine for Kendra.  I don't see helping Kendra as any more of a chore than helping the kids, but i'd much rather spend my time with Kendra just resting and enjoying each other's company than running errands, giving shots, and finding pills.  I know this is just a season or short-term situation so the day-after-day allocation of my time doesn't get me down.  I'm hopeful for the day when Kendra will be self-sufficient again and we can get back to the business of life.

I was happy to get out for a mountain bike ride with the twins.  This was Layla's first time on her own on a mountain bike.  After Easton rode a while on his bike i had the twins switch and she reluctantly rode his bike.  She cried and whined about it not being pink and the handle bars were too far away and the tires weren't aired up and on and on.  She sat on the side of the trail having a tantrum of epic proportions.  Then another dad rode by with his daughter.  She was four years old riding a blue two wheel bike with the biggest smile on her face.  Layla got a dose of reality.  She got back on the bike and pedaled her way up a few more hills before getting back on the trail-a-bike.  We had an amazing short ride together and it was worth every moment. 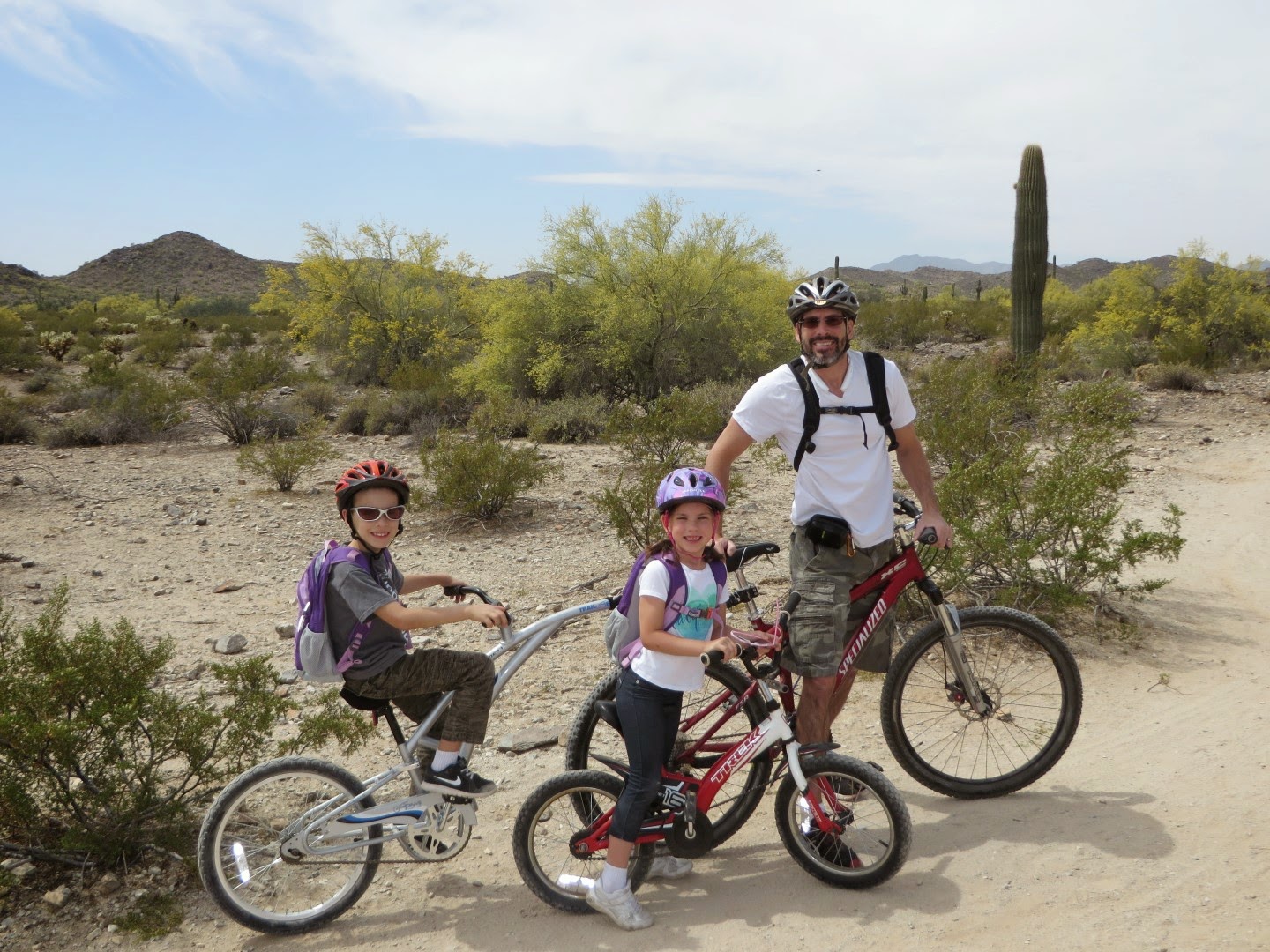 They brought snacks in their backpacks for us to eat as we sit as high up as we can get on the rock formation overlooking the trail system. 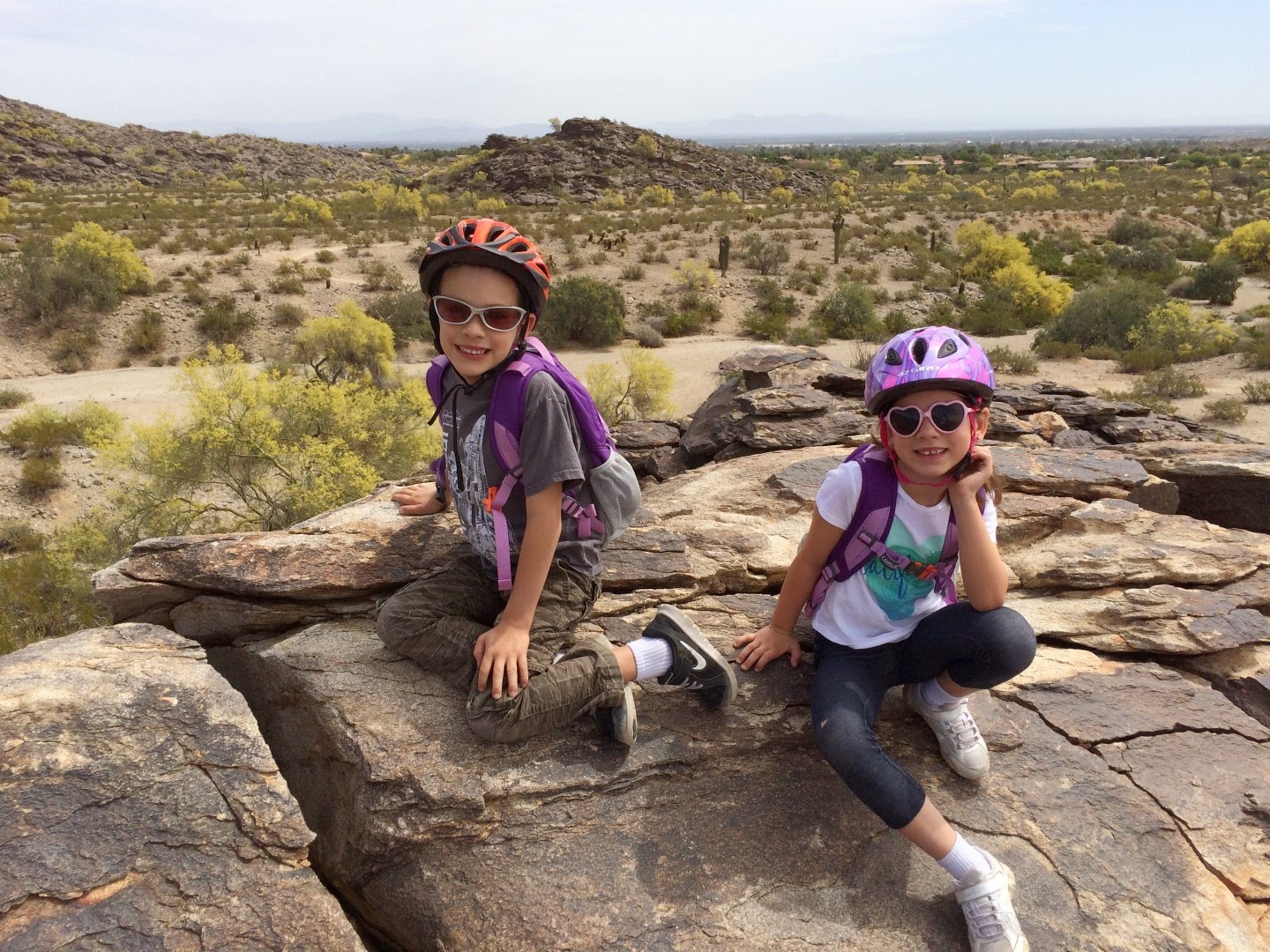 I tried to explain to Layla that I want her to try out mountain biking to see if she likes it before i bother buying her a mountain bike for her next size up.  She didn't get my reasoning and I may have shot any hopes of her finding a passion for mountain bike riding.  Although once i put her back on the trail-a-bike with me she smiled and laughed and cheered as we rode downhill towards the van.  only time will tell.

There have been many people offer to help out and we are so grateful for their generosity.  There are two of Kendra's friends who've spent hours with her.  Stephanie and Betty have been friends who are worth their weight in gold.  I don't know how we would have made it through the past few weeks without them. 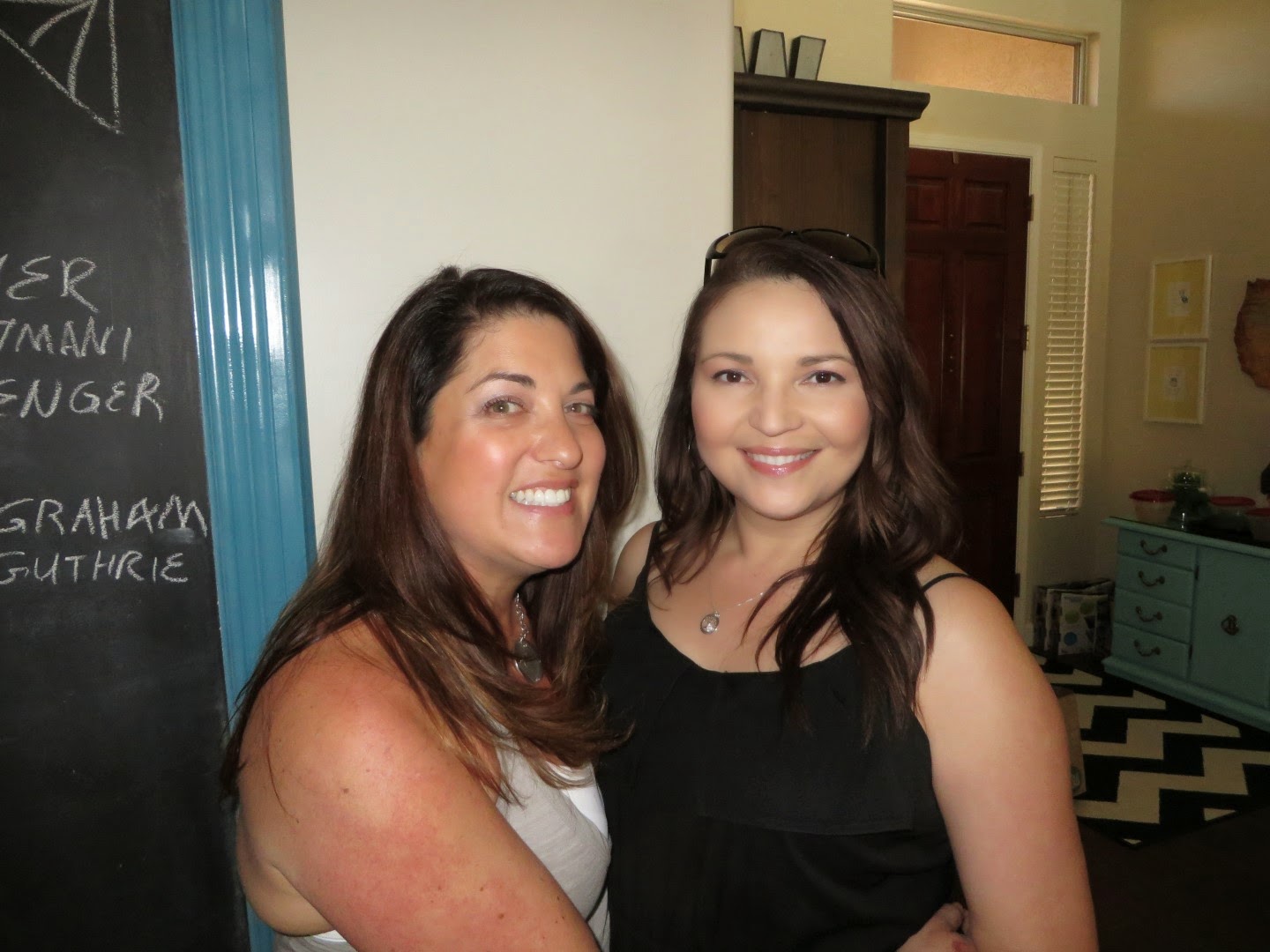 We are continuing to lead our ministry together in preparation for the big two-day conference.  We brought the whole team of 15 leaders together as a planning and strategy session. Kendra felt good enough to sit through the entire dinner and night of hostessing.  I'm amazed by her strength and passion.  The team is stepping up so well and taking on a huge role of getting us prepared.  The atmosphere of our house is still peace and hope and love even in the middle of what Kendra's body is going through. 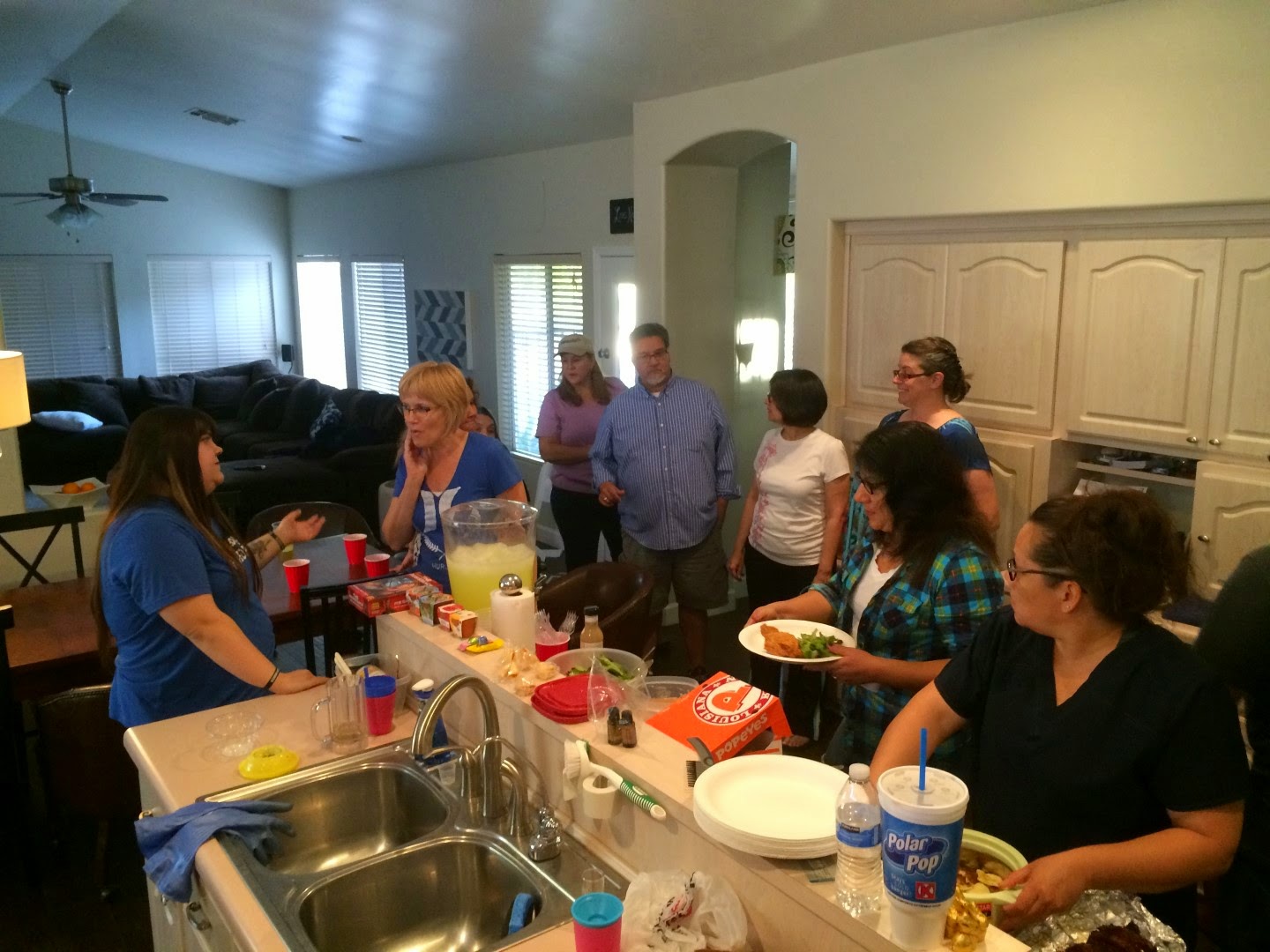 Easton and Layla joined Kendra and I on our bed for a board game called "beat the parents".  This is one of the many ways we are staying connected as a family through this season of Kendra not eating dinner with us because of nausea and back pain.  There are ways to maintain connection no matter what the circumstances. 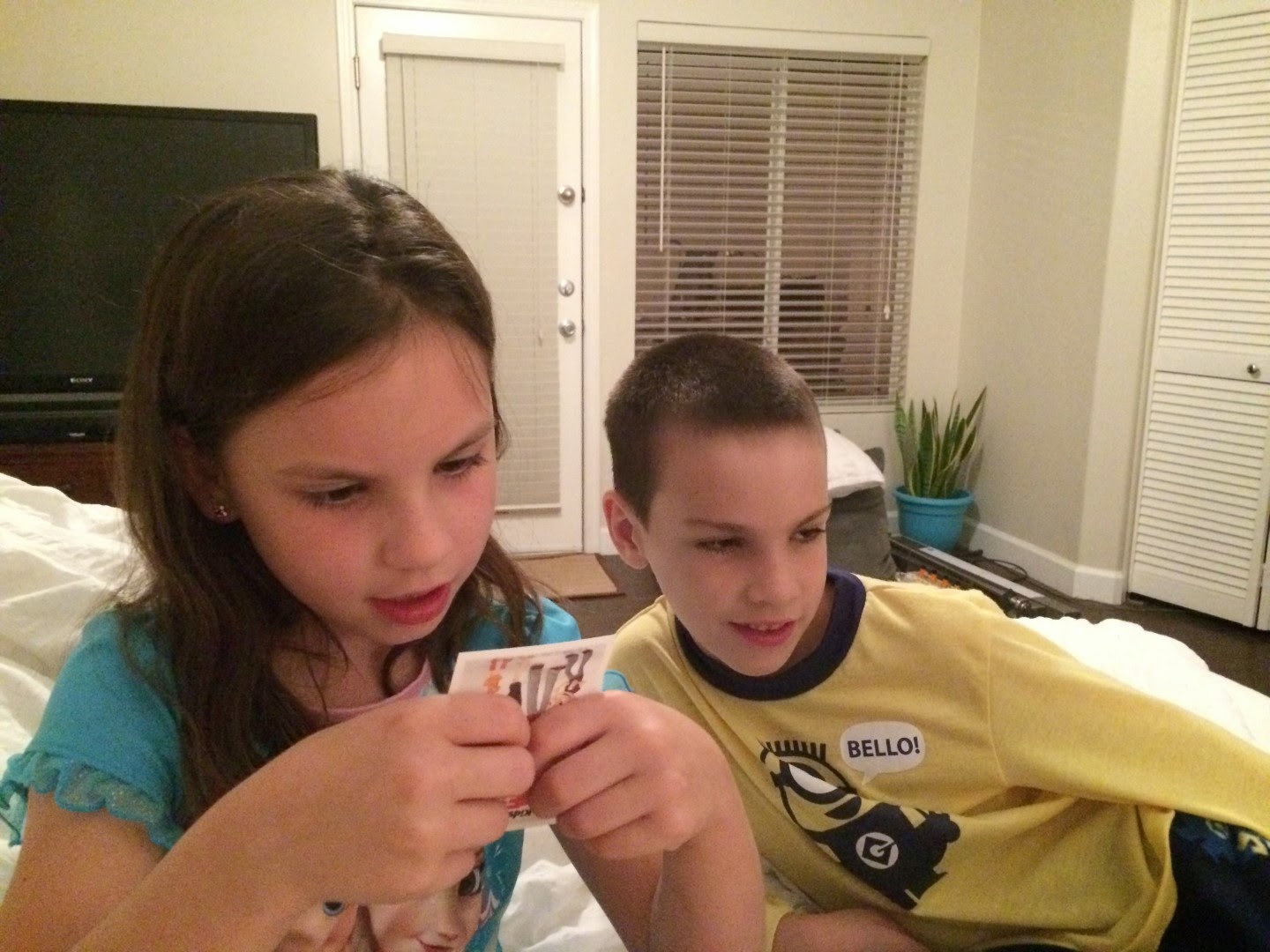 There haven't been many individual daddy dates for the twins, but one morning I took Layla out for breakfast.  just the two of us.  She was sitting in the chair as we held a surprisingly mqature conversation.  I can't remember about what.  I do remember this sense of "Oh my goodness.  she's not a kid anymore.  she's a young lady!"  Even as she sits funny in the chair, I can sense the transition happening. I took the twins for ice skating lessons last week.  Easton and I had a full hour in the restaurant connected to the rink.  We ate pizza and watched Layla skate.  The topic of conversation was a discovery of the similarities between cyclones, typhoons, and hurricanes.  Seriously.  He wanted to see footage of the devastation caused by those weather monsters. Layla was out on the ice being Layla.  She's continuing to progress through the levels and impressing the bystanders more each week. 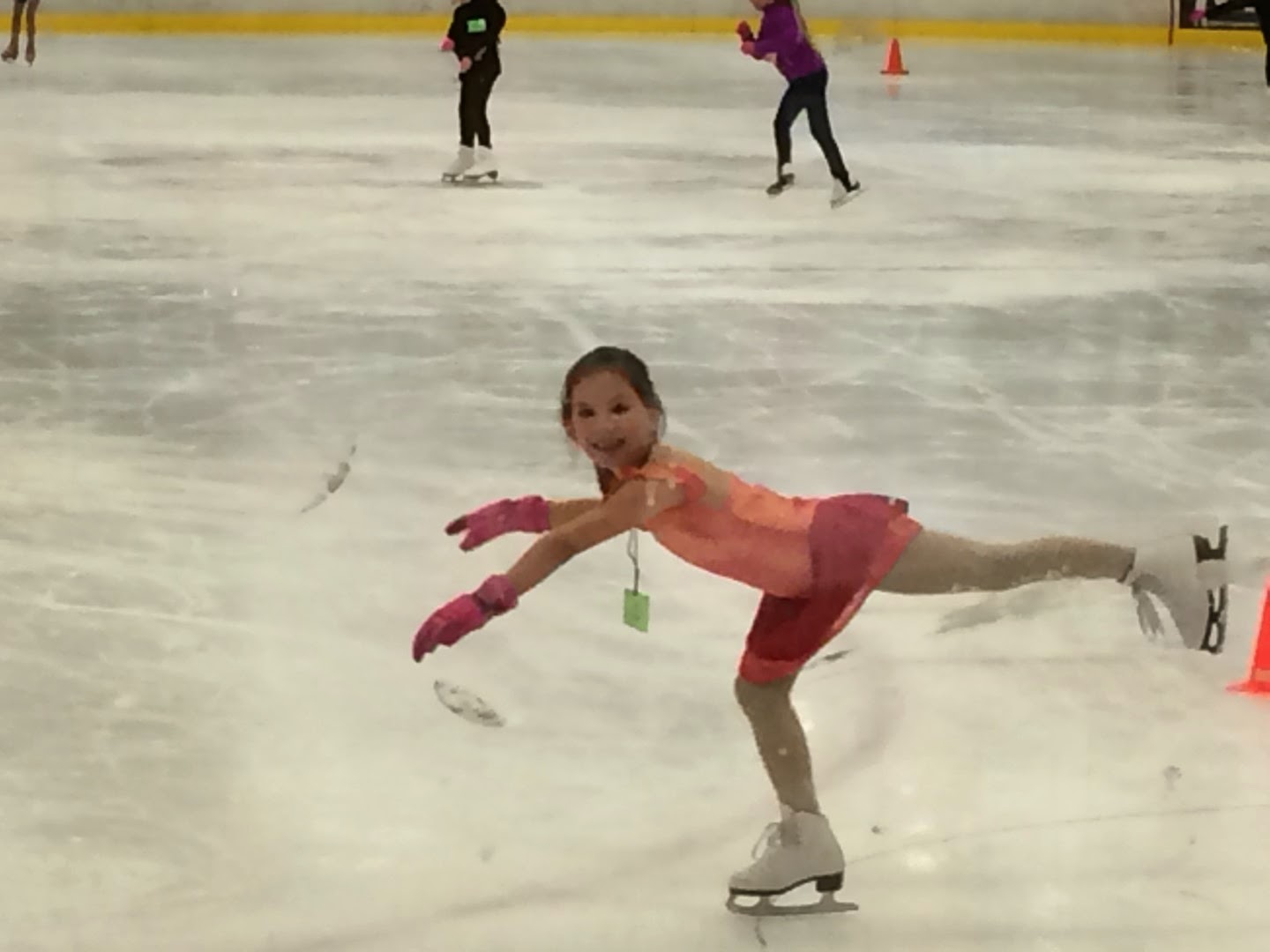 My work gave me tickets to see Disney on Ice.  How could I possibly turn that down!  We went to a late show and I sacrificed their sleep for the special occasion.  Layla wore her princess gear and Easton wore his ice skating outfit.  Thank goodness they wore warm clothes because the arena was freezing! 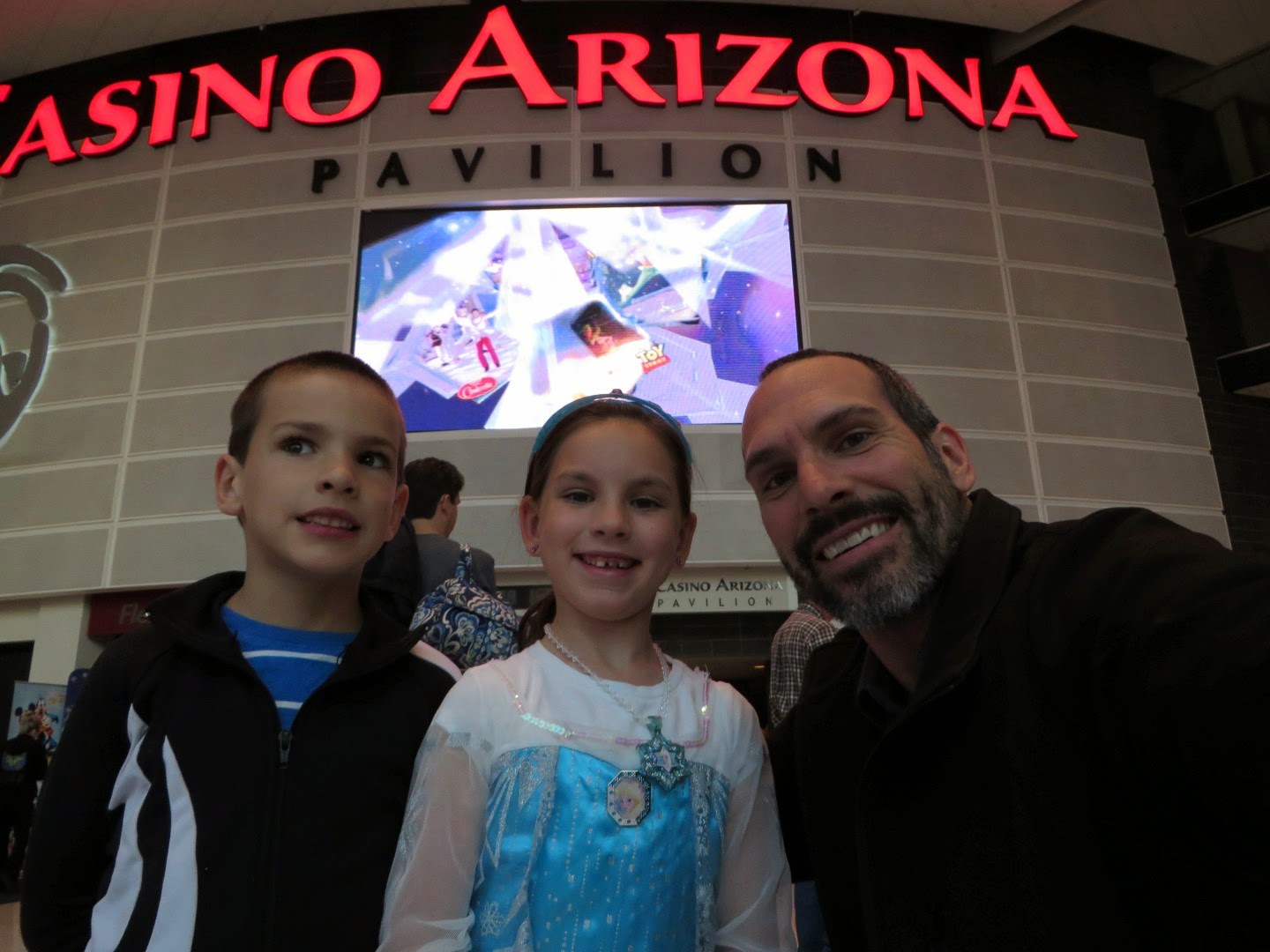 They wanted to go down to see the ice before the show started. They were excited like kids on Christmas morning waiting for the skaters to hit the ice. 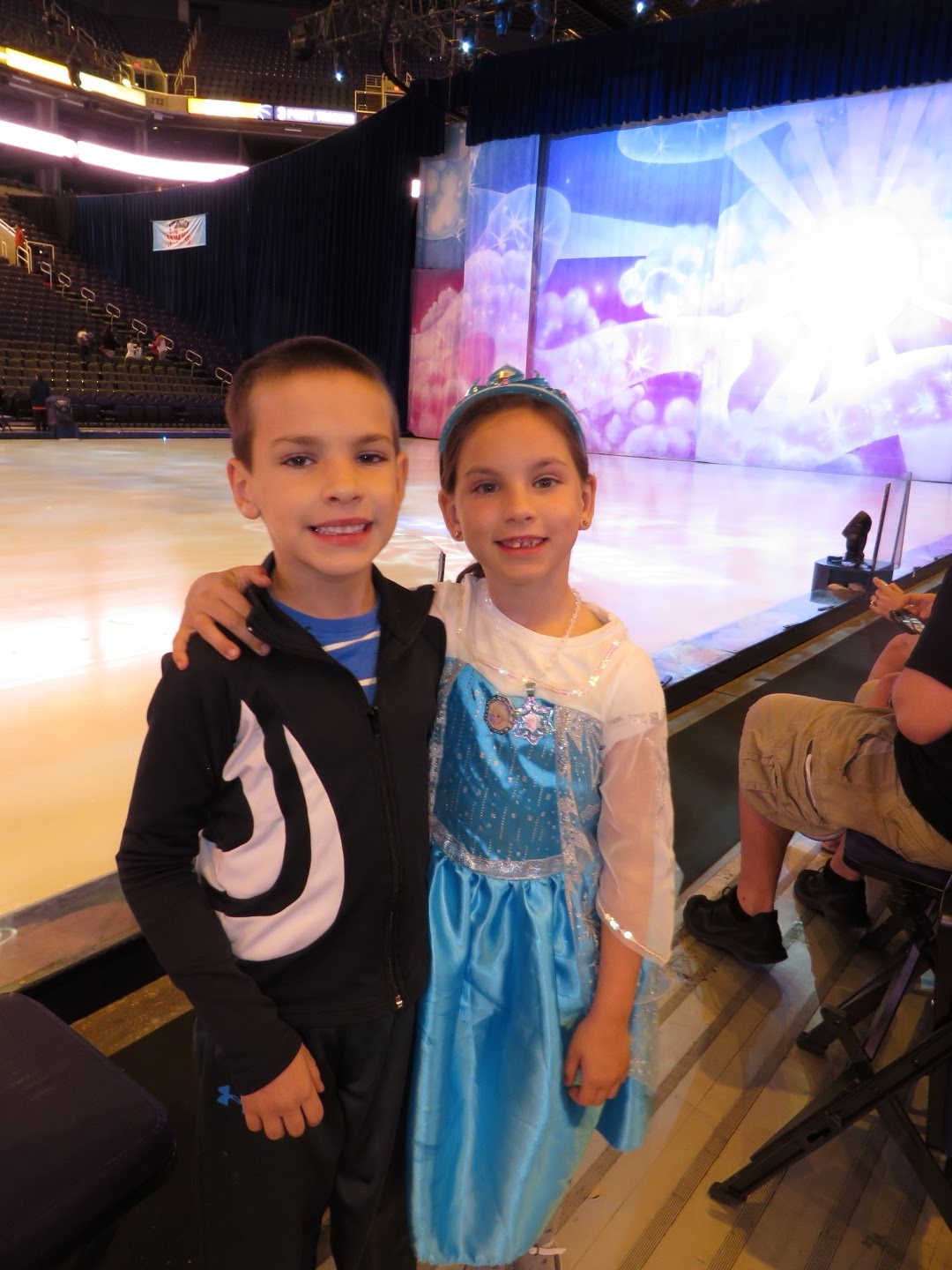 The cars thing was a little disappointing and extremely cool at the same time.  I don't know what I expected but seeing life-size versions of the cars was super cool.  the down side was that they were only out there for a few minutes out of the two-hour show. 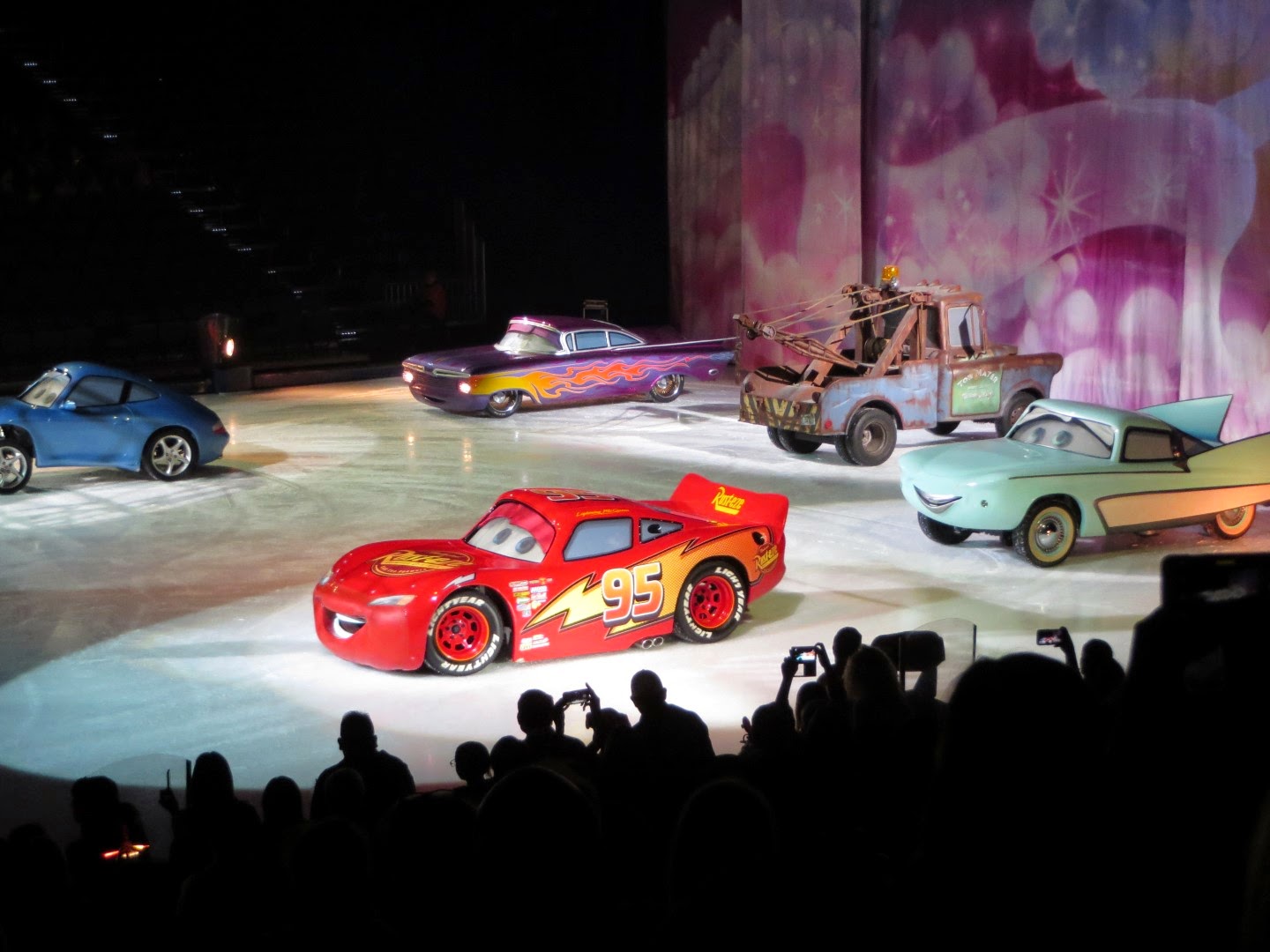 The Toy Story 2 plot consumed the second half of the show with impressive costumes and great skating.  Easton and Layla were inspired, but all I could think about when watching Lots-o'-Huggin' Bear bobble around the ice was what Will Ferrell looked like in the Blades of Glory movie.  I couldn't stop laughing. 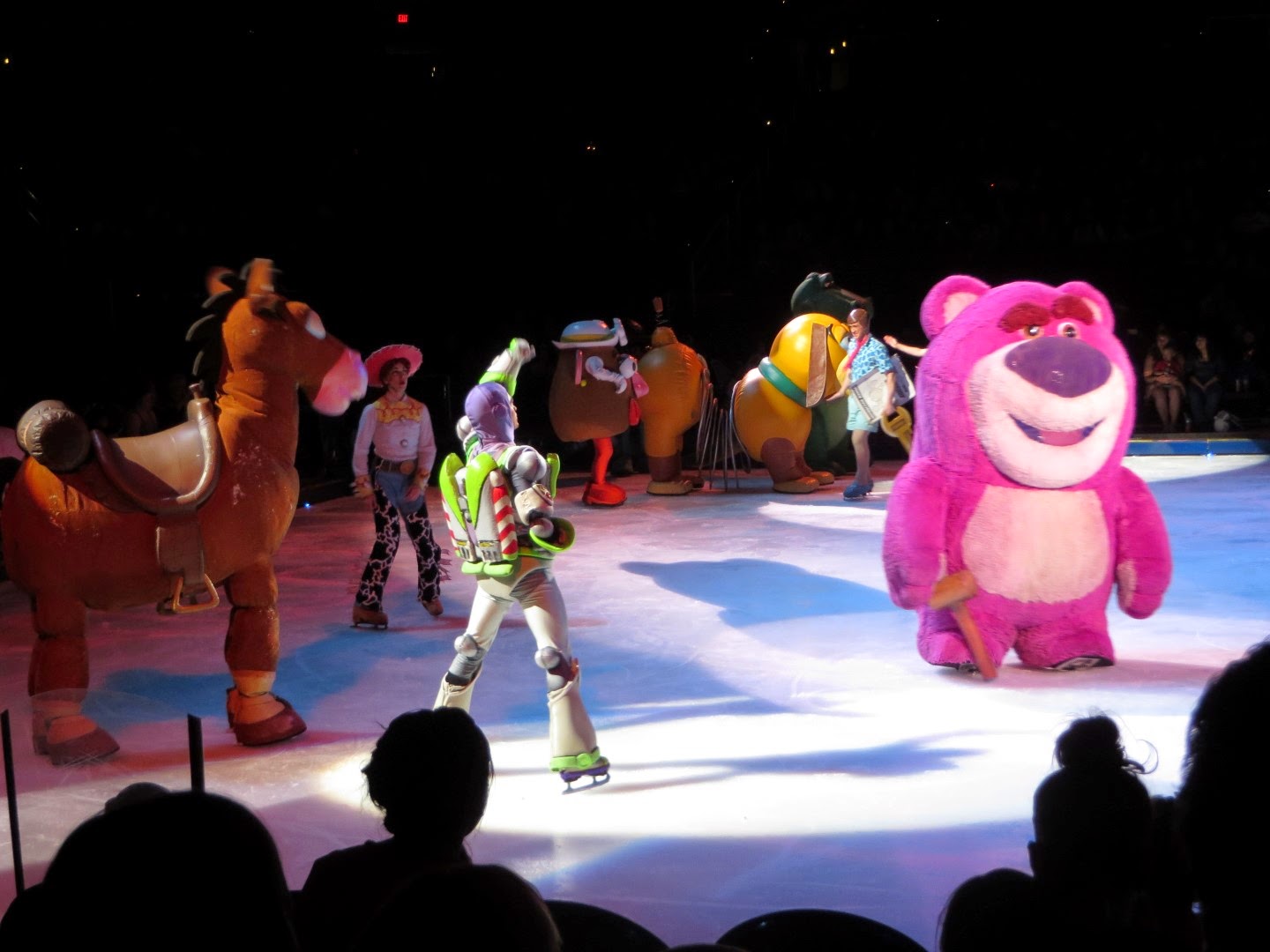 The twins are growing up fast.  Some due to necessity.  At seven-year-old some people would say "it's about time they start doing their own laundry!"  but for us it hasn't been a priority to start that until now.  I showed them how to soap it up and turn it on. 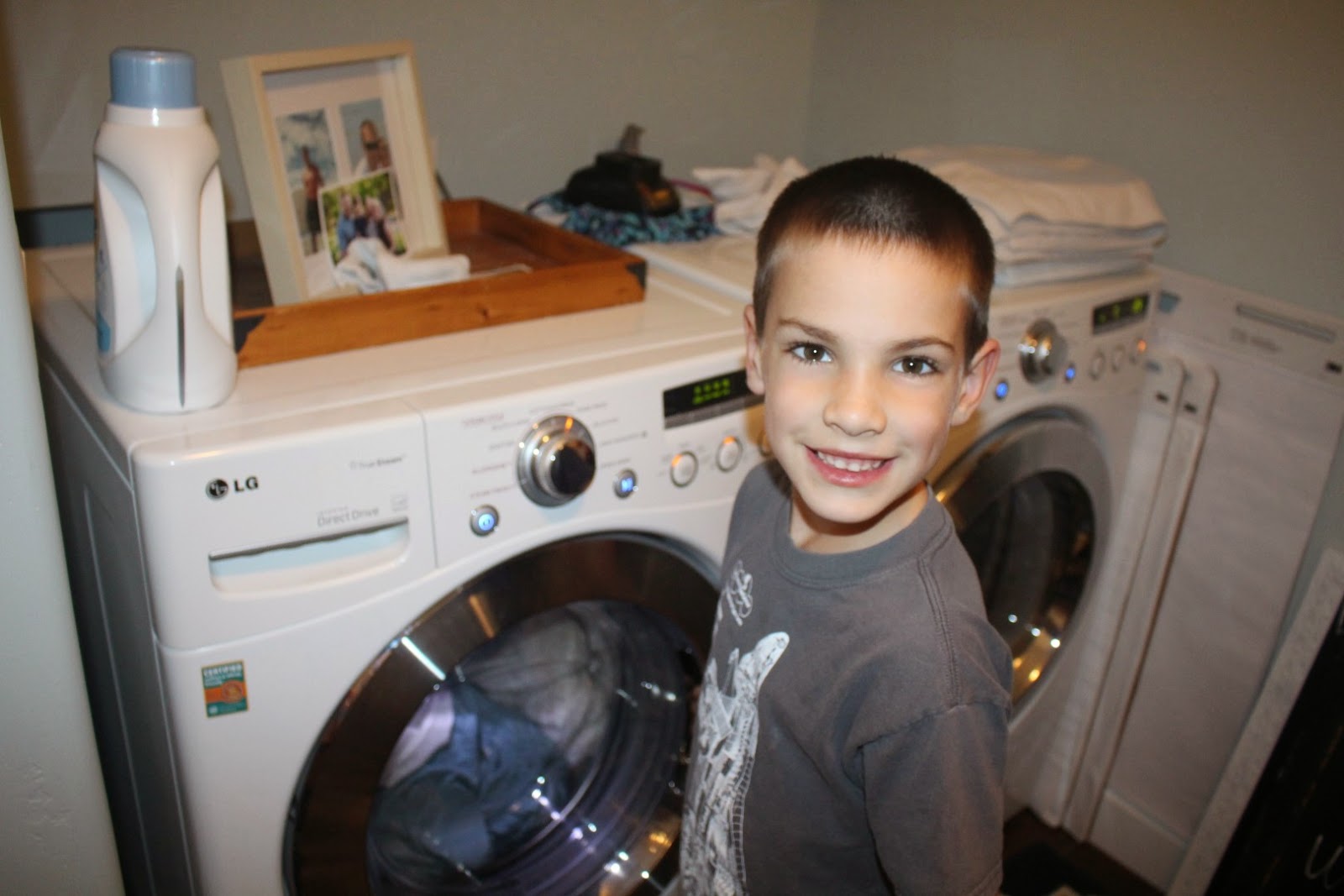 Why are the 4 Webbs doing so much laundry?  Well that's a long story.  The short version is that Layla got head lice and gave it to Easton and Kendra.  I'm not sure why there is such a stigma around getting lice, but it's one of those things you never talk about.  so why not blog about it?  Kendra has a broken back, cancer in her liver and vertebrae, healing from a hysterectomy and going through radiation treatment.  How about adding some head lice to the equation?  why not.  Kendra cried.  It does no good to ask why so we don't bother.  they never had lice before and neither have I or Kendra.  We had no idea what to do.  Kendra's mom and dad dealt with it for a few days, but after they left we had a wave of new lice take over their heads.  I washed every sheet, blanket, pillow case, along with all clothes and hats and any other cloth thing that would fit in the washing machine.  I washed more loads of laundry in one week than I have in 13 years of marriage combined.  No exaggeration.

anyway, our friends came over and spent over 3 hours combing through each individual hair on their heads.  They brought a huge light, magnifying glass, and lots of patience.  Layla was a gem for letting them pick and pull and scrape every little nit and lice. 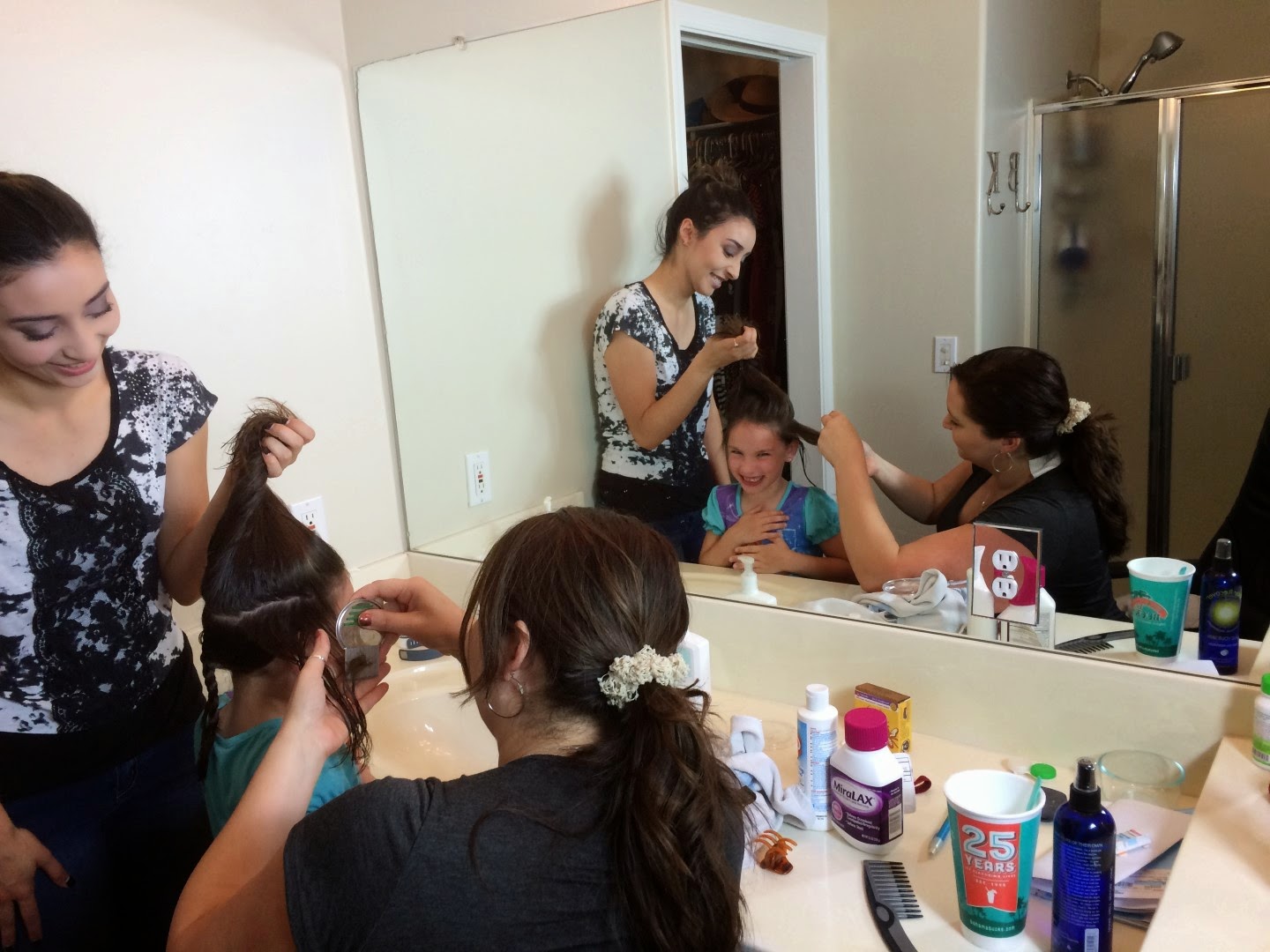 Kendra was just demoralized by the whole thing, but extremely grateful for friends like this who were willing to do for Kendra and Layla what they could not do for themselves.  We are happy to report our household is lice free!  I might write a book about how to overcome lice.  we got that down to a science now. 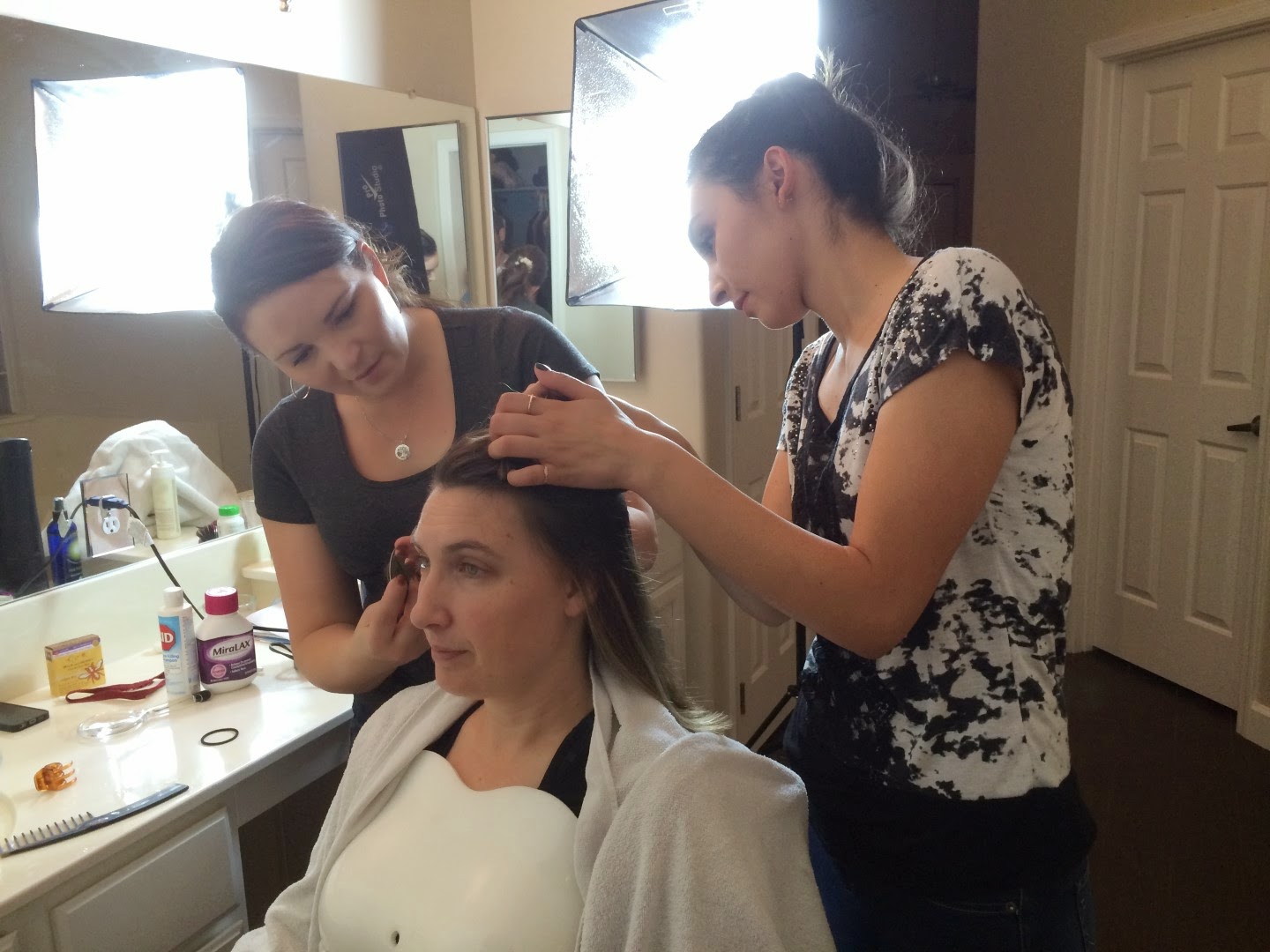 At one point Kendra was laying in bed and I was sitting next to her in my office chair.  We smiled at each other and then broke out in hysterical laughter.  It wasn't from insanity or denial.  We just both thought our situation is humorous in the "i can't believe this" kind of way.

I don't tell these stories to get pity or for anyone to feel bad for us.  It's just a raw reality of where we are and a willingness to be completely transparent.  We are conquering and overcoming one obstacle at a time.

IT'S GREAT TO KNOW THAT THE 4 WEBBS ARE LICE-FREE!!Thanks for the pics and stories about the family. I count it a true blessing to be with you all for a few days. I trust you will enjoy Joanie and the girls as they try to minister to you all and have fun with you, also. Love ya gobs. MOM