The Goal of Parenting

A great thing about school uniforms is that once in a while the twins dress like... well... twins.  Other than the blue on Easton's shoes and the pink on Layla's shoes (imagine that) they were Twinkies.  What I noticed most when putting them back to back was the ever-present height difference.  When the twins were born, Easton was one inch taller than Layla.  He remains one inch taller six years later.  The other thing I notice is how different they look.  He looks like me and she looks like Kendra.  surprise, surprise. 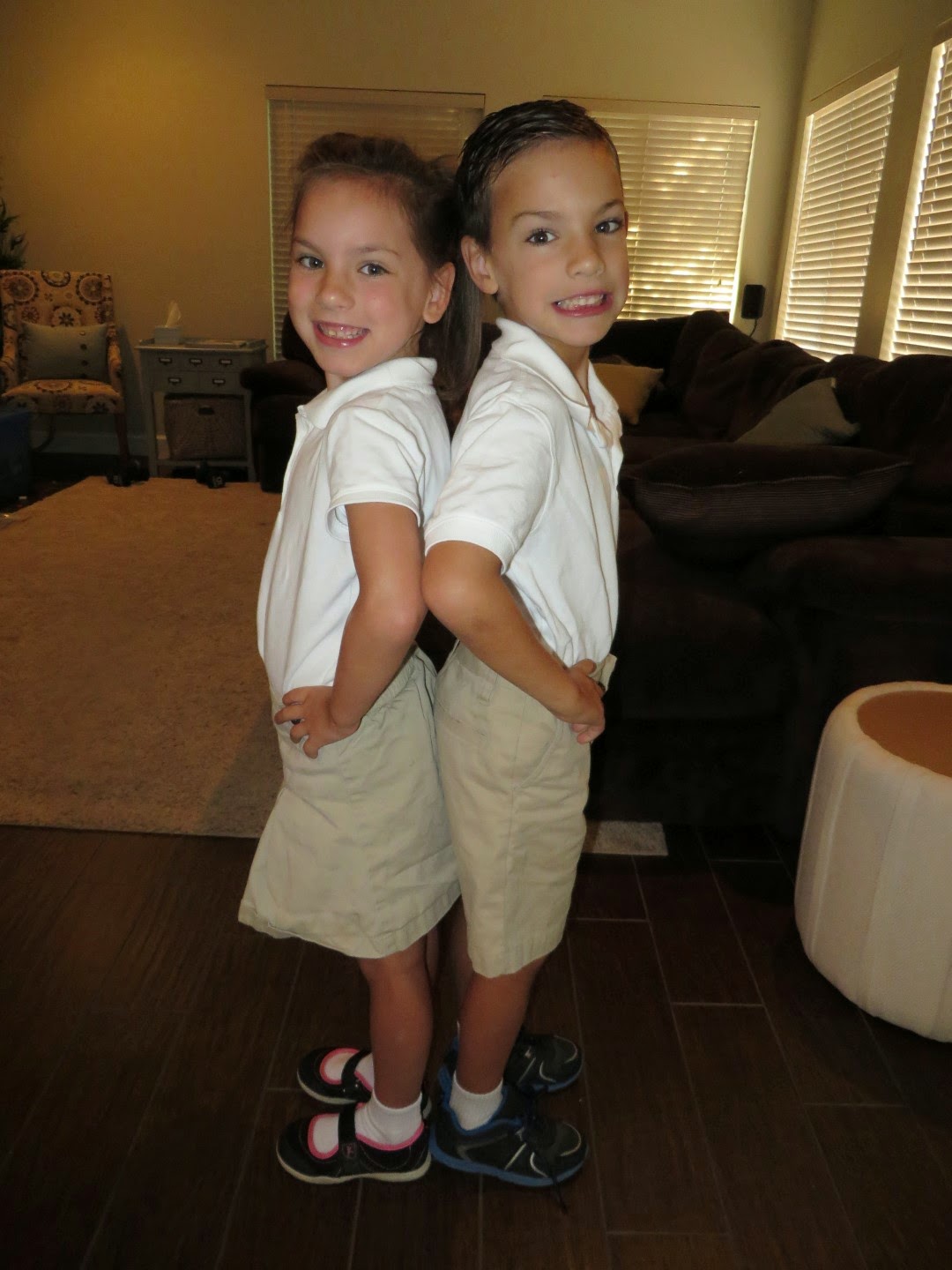 Last week I took the twins out for dinner.  As we were leaving an elderly lady said, "are they twins?"  I replied with a happy "yes!".  She explained how her daughter has twins and she can usually spot them.  She said, "they are lovely children.  I'm sure you're proud of them."  I nodded and left.  From the day they were born I've been approached by random strangers, but as they crossed the four year old mark it's been declining more and more.

The aftermath of the great flood was a full green belt behind our house.  I saw video of other greenbelts where guys were riding wave runners!  Our neighbors were swimming in the gross, dirty water, but Kendra was adamant about not allowing the twins to dive in.  I can understand why.  Even so, we were amazed just standing at the edge of the temporary lake because the water has never been that high before and probably will never be that high again. 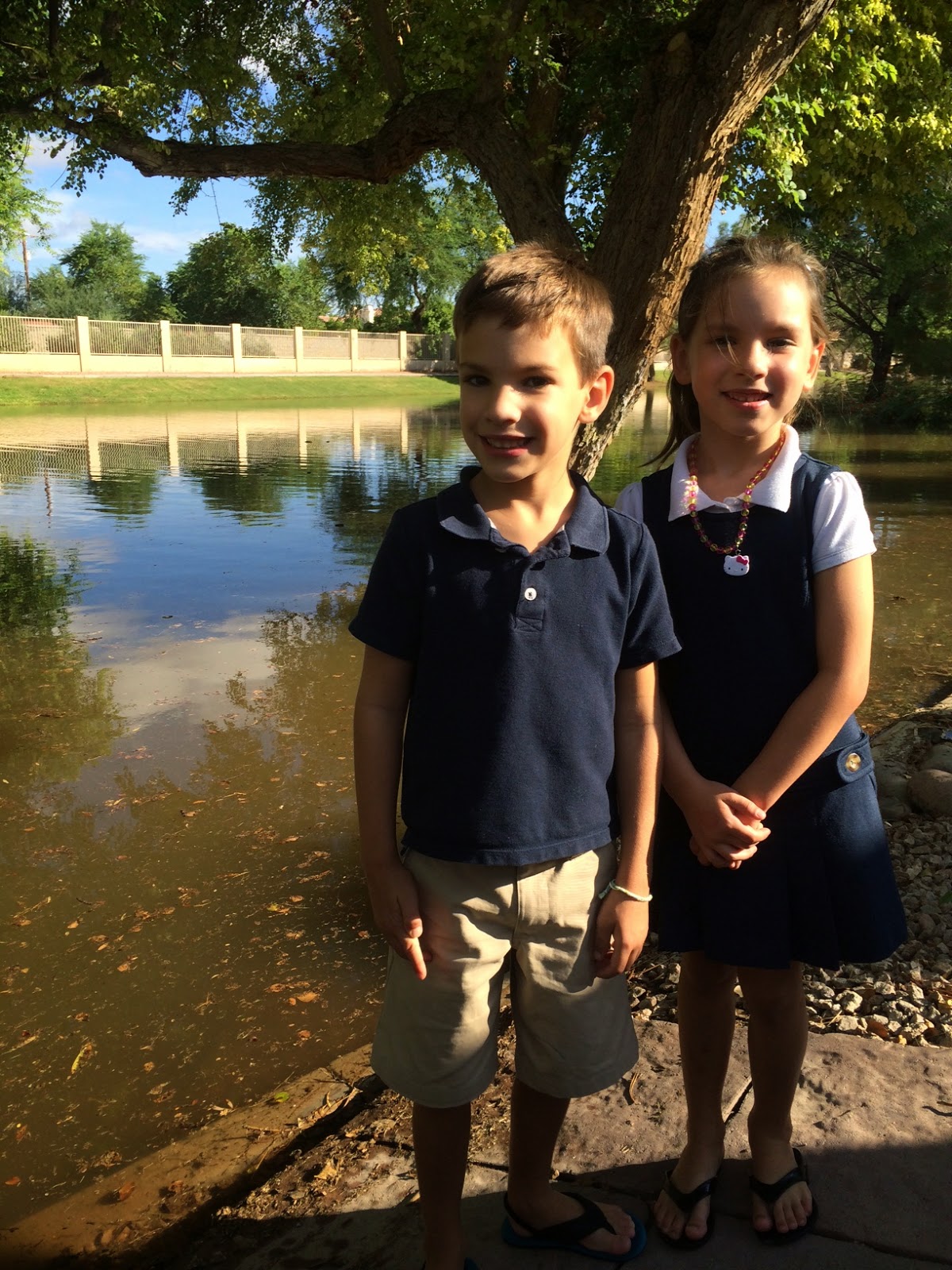 Easton's tooth is getting loose, but still not ready for blast off. His remote control Titanic is coming in the mail and he's watching the calendar like a hawk. 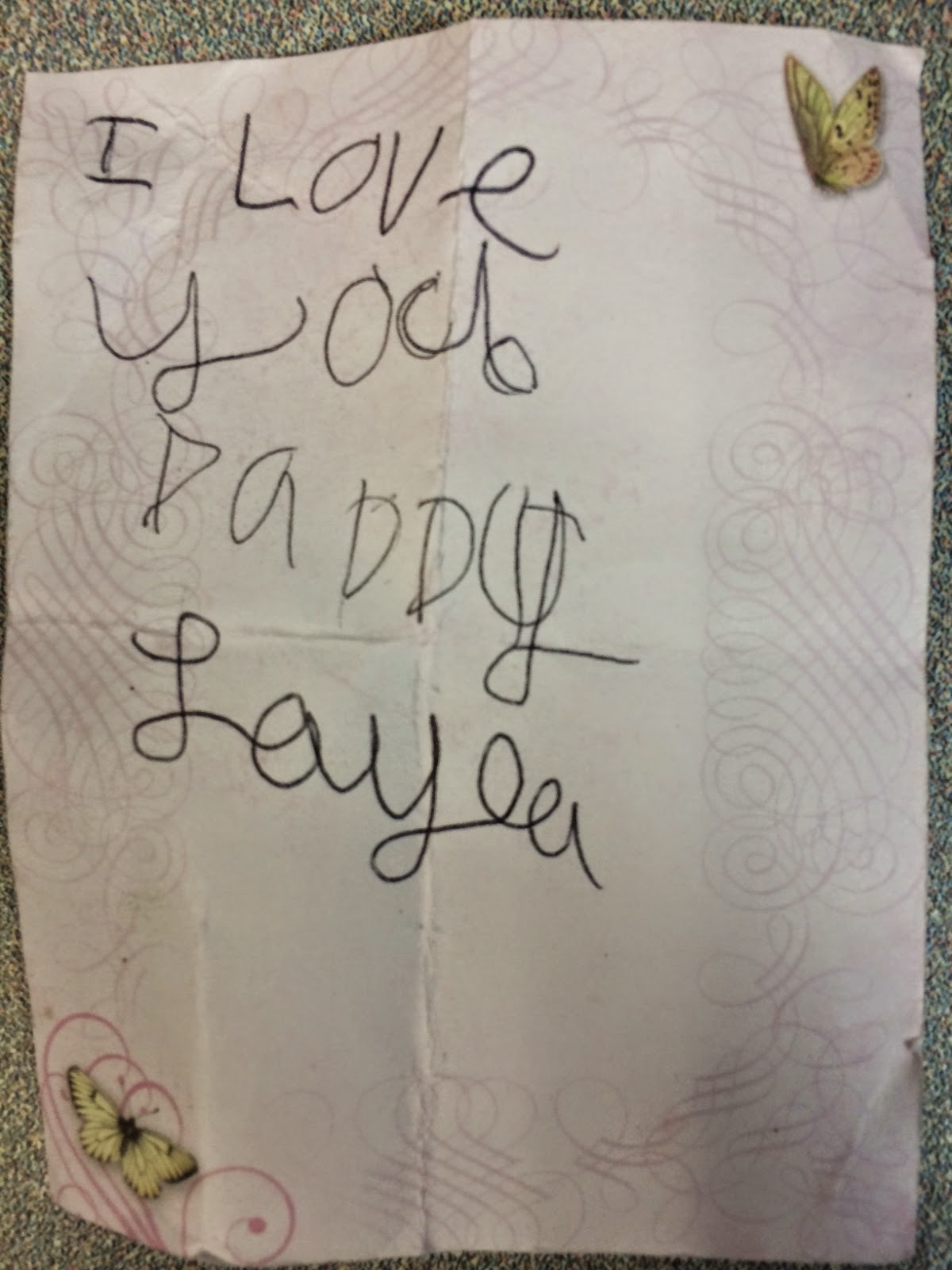 I finally found a parenting "teaching" that explains how Kendra and I approach parenting.

It's titled, "Connecting - Freedom in Parenting" (part 8 of the connection series).  This half-hour explanation of how to parent is right on target for our philosophy and in practice.

One of the main points (as paraphrased by me) is:

The goal of parenting is not to teach children to obey, comply with rules, or submit to authority, or peace and quiet or "I'm in control and you do what I say".  The goal is to steward their freedom.  The priority in parenting is connection, not control.  In other words, my priority is not to feel in control.

Most parents would say, if i de-prioritize me being in control, then what is left to motivate the child to make good choices?  If they are not motivated by fear of punishment, what will motivate them?  am i supposed to just abandon my stewardship as a parent with guidance and boundaries?  Yes!  but most people can't even fathom an approach that isn't about control.

if the goal is to teach them to obey or comply with rules by punishing them into that.  the lesson they learn is that in every relationship there is someone who is powerful and someone who is powerless.  they are the ones who are powerless.  they grow up their whole lives and never learn to manage themselves because you, as a parent, manages them.  then when they go off to college into adulthood.  for the first time they no longer have a parent's presence or fear of punishment attached to that.  an entire life history of not stewarding freedom until now.  how does that normally go?

teach kids to steward freedom so when they emerge into adulthood to have had some practice making powerful choices and living with the consequences of their choices and cleaning up the messes they make without me protecting them from that.  allowed to fail with a safety net.  i don't want them to try that for the first time when they are out of my house.

The simplest example I can think of is this:  two sets of parents in our house have children who are complaining about eating their salad for dinner.  The visiting parent says, "If you don't eat your salad you won't get cake."  The home parent (Kendra) says, "When you eat your salad you'll get cake."

Much of the previous generation's parenting philosophy is "command and control".  Even so ,it doesn't honor them to continue incorrect parenting methods.  These are the same people who allowed small children to ride cross-country without seat belts.  This is an example of a "revelation".  Nobody will argue that it's unfathomable to allow a child to sleep unsecured in the back window of a car for eight hours of highway travel.  That shift didn't happen over night, but I'm glad society changed for the better to protect children and parents alike.  It doesn't honor our parents to drive without putting seat belts on our kids.  In the same way, it doesn't honor our parents to command and control our kids through fear of punishment.

Perfect love casts out all fear.

The great thing about Easton and Layla is that no one else is responsible to God for their upbringing besides Kendra and I.  I don't claim to have all the answers or this whole parenting thing figured out, but I know what God is like and I'm doing my best to be an Earthly father for the twins in the same was as God is my heavenly father.