The sports season for the 4 Webbs is in full swing.  I'm on day 55 of 90 for P90X3 and I found a used mountain bike to buy so my ride season is just getting started.

Easton is golfing, Layla is ice skating, and both of them are playing soccer.  Layla played on the girls-only team last season.  Because of the apathy and too much crying she asked to play on the boys team again.  She is happy about that decision.  Her expressions and smiles show it well.  Here's a team huddle at half time.  Easton is #7 and Layla is #6. 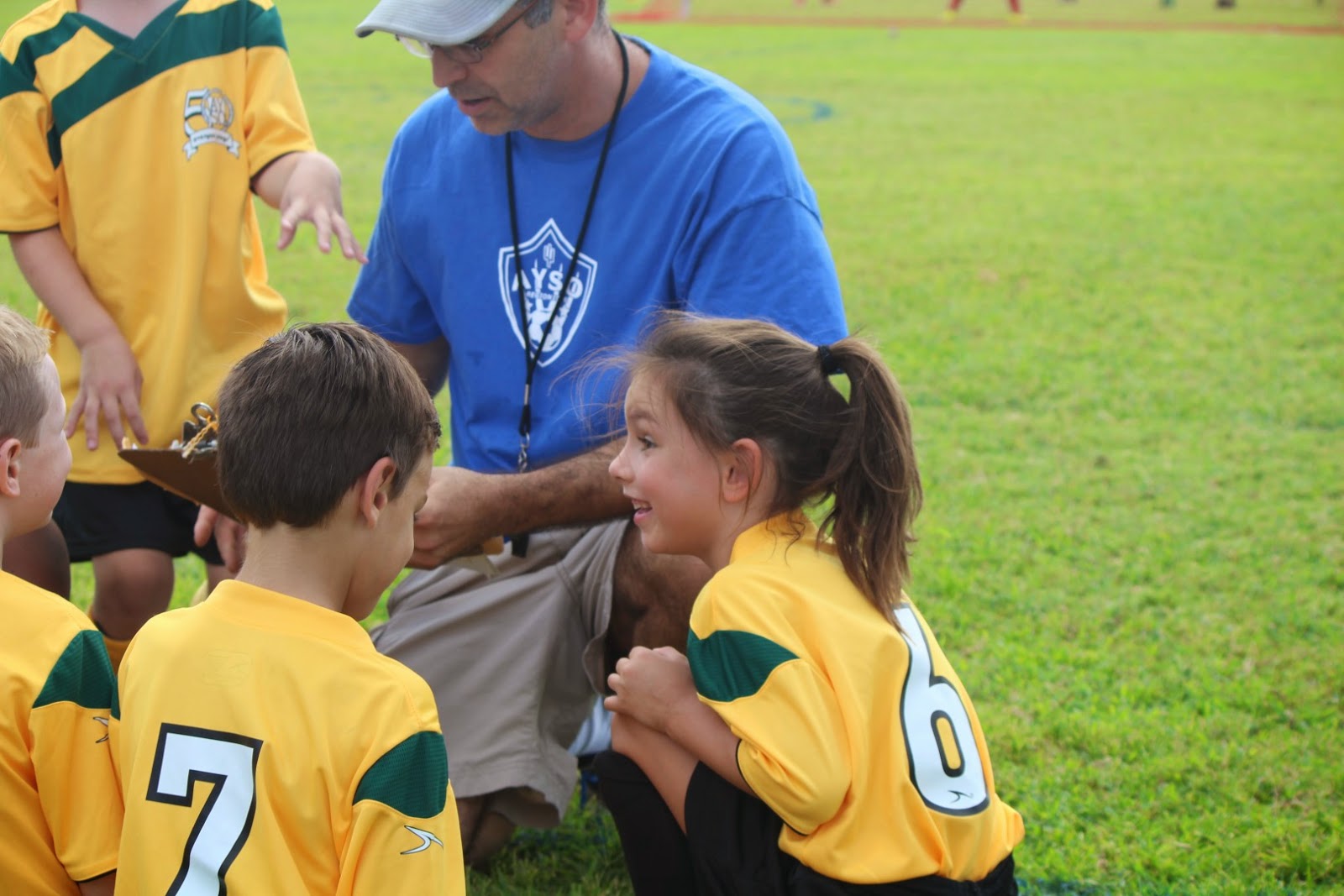 Here's my favorite picture of the day.  Both of them smiling energetically and running full speed towards the ball. Layla jumped right in the middle of the action and mixed it up with the boys.  This is also a visual of what "bunch ball" looks like.  The whole pack of kids (six per team) roll around the field within inches of each other. 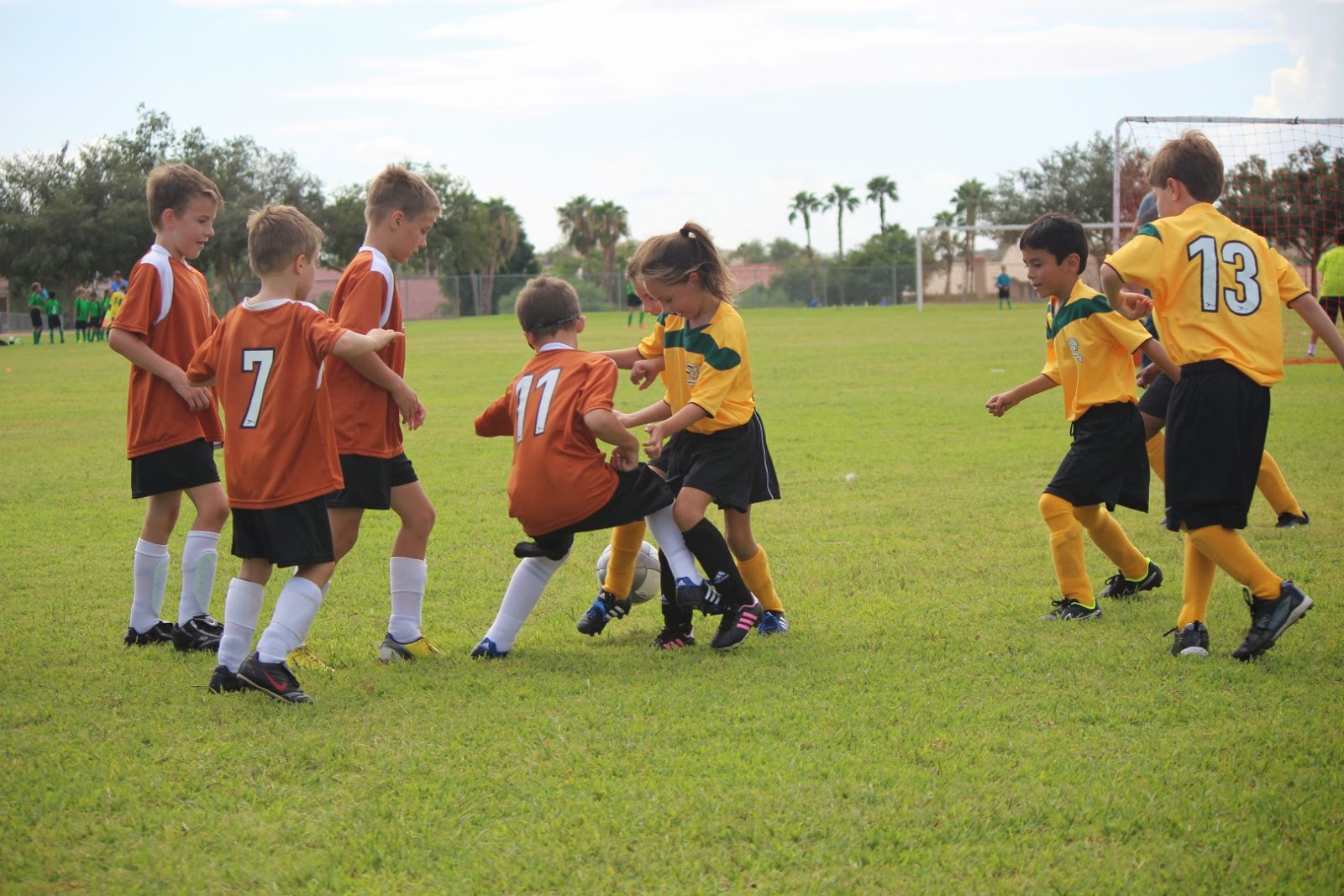 She looks so grown up.  My princess warrior is overflowing with confidence. 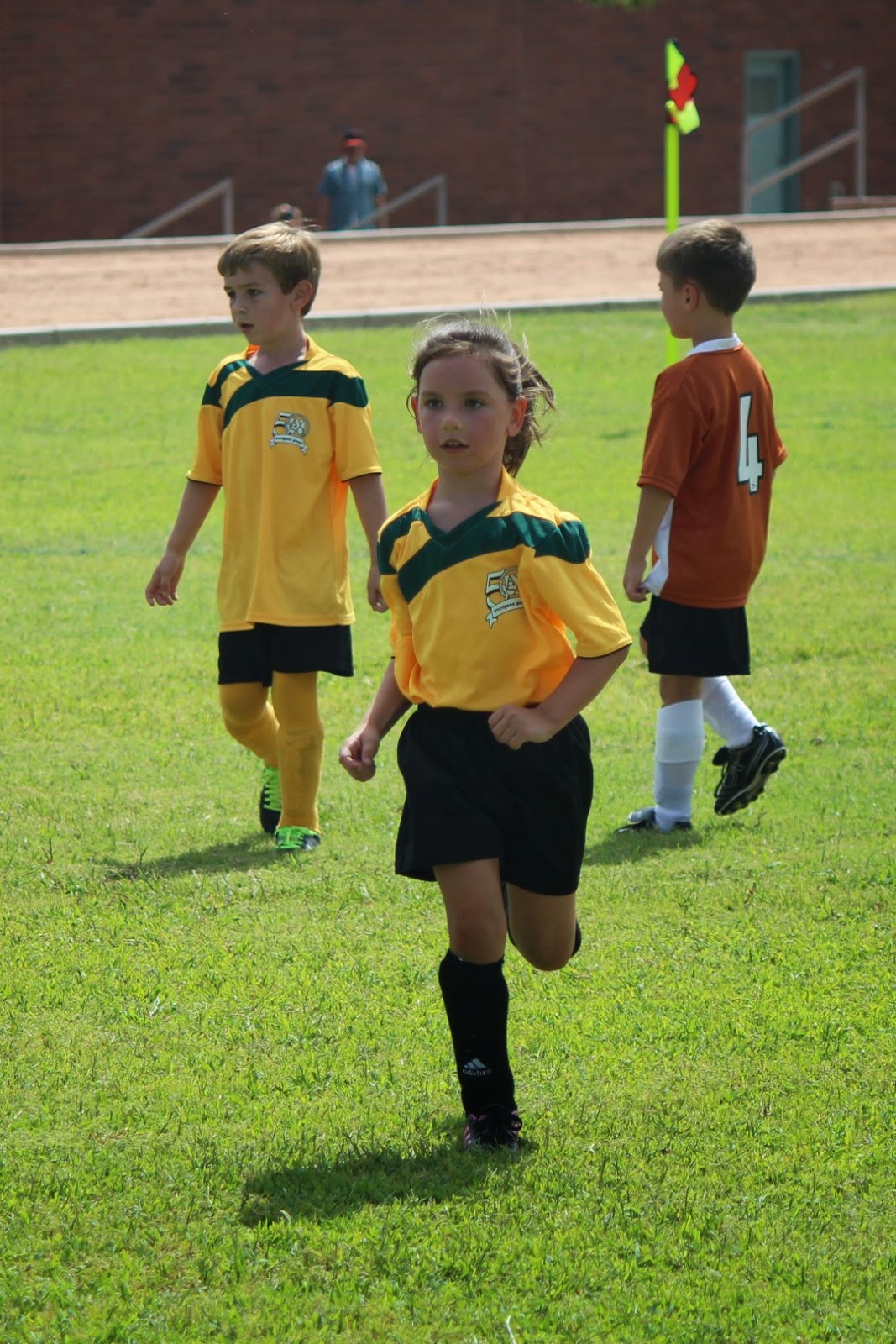 Watching Easton and Layla playing together on the same team made me proud.  They were good teammates for each other and the other boys on their team. 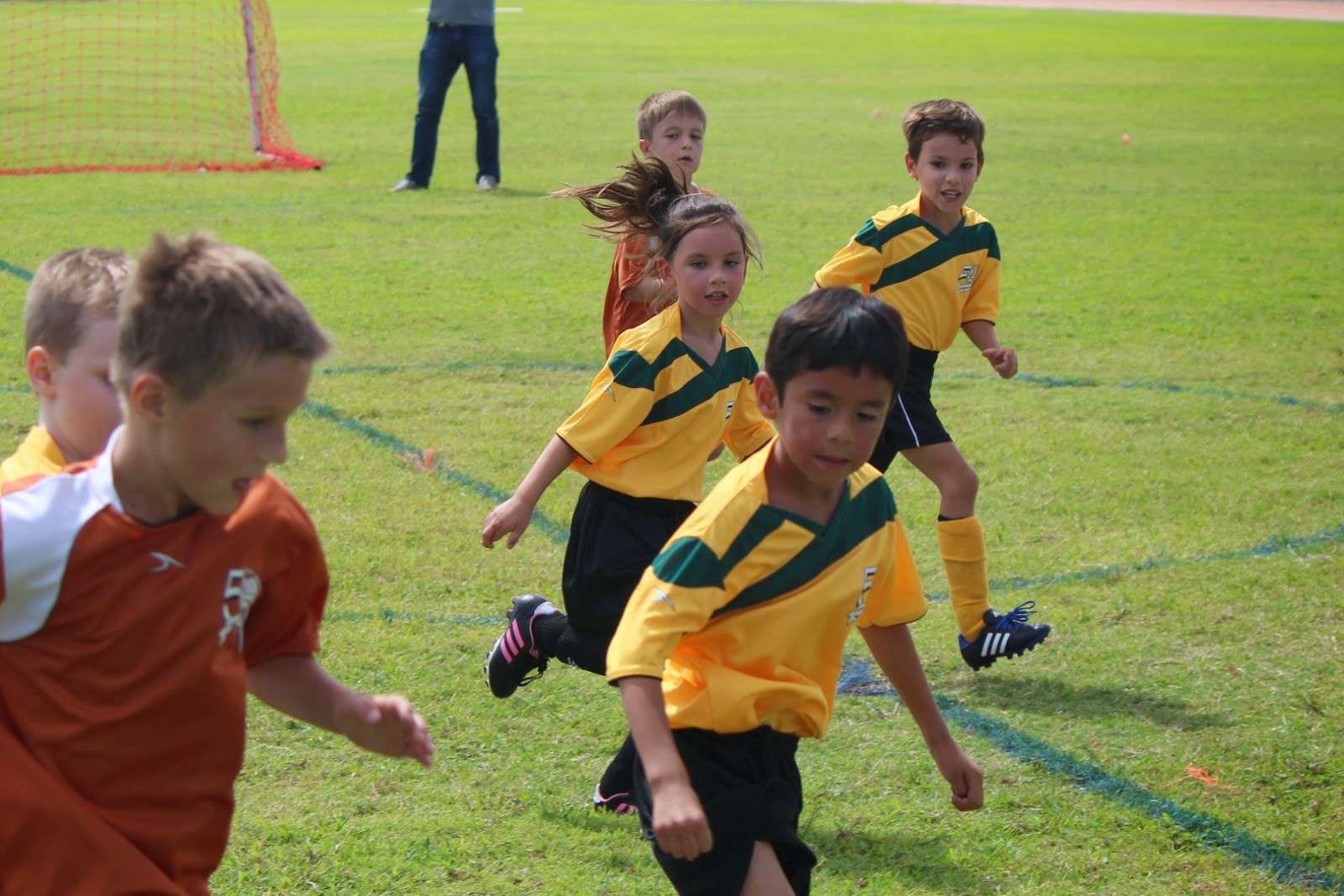 One would be assigned to defense and the other to offense, but after a minute or so of playing they all bunched together and played together.  Easton is a little too passive, but a solid player.  He had a few great kicks to keep the ball out of his goal.  Defense looks to be his best position.  He's not very aggressive about taking the ball away from an opponent though.  We'll be working on his level of intensity and get some fight in that boy. 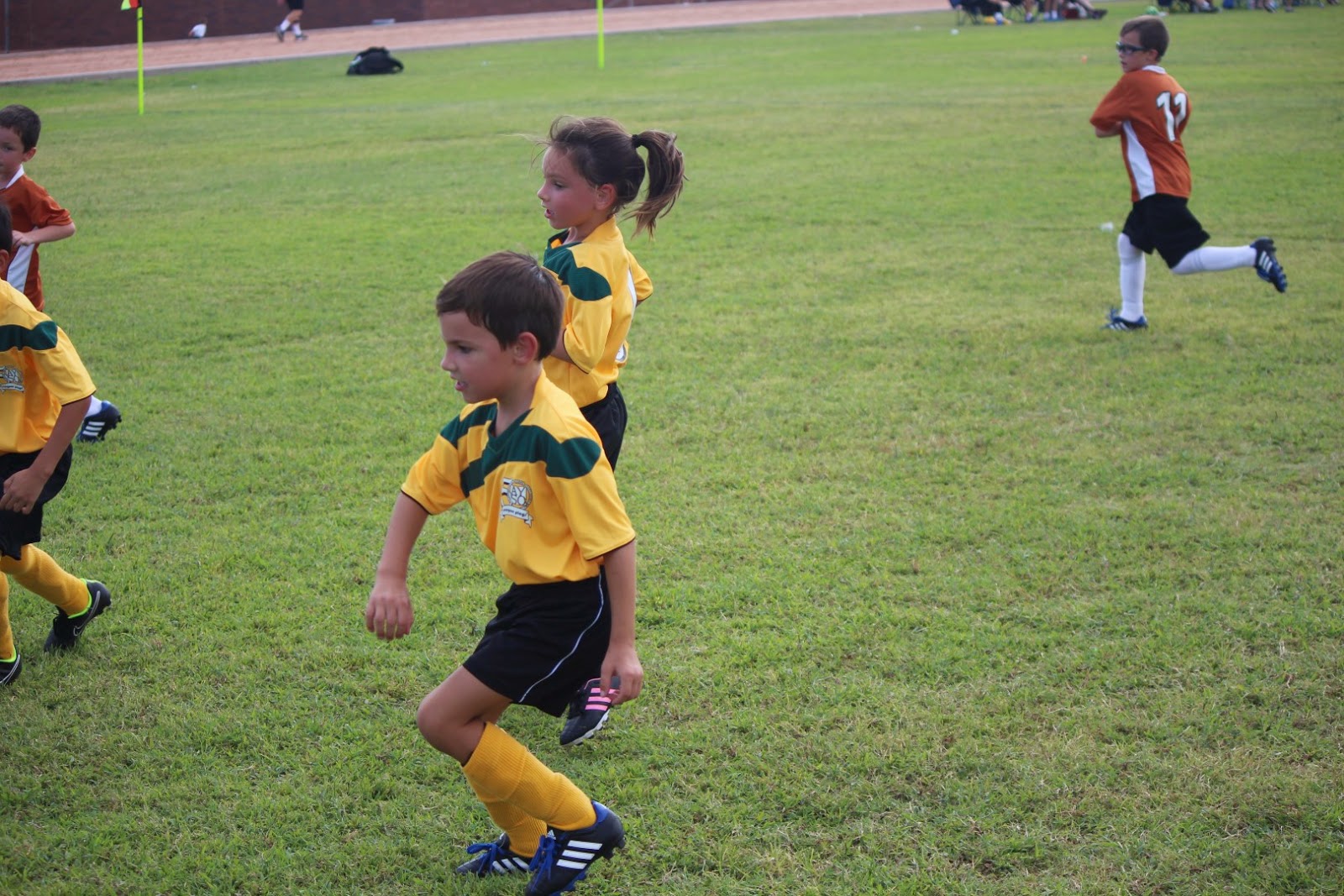 Kendra offered to ref the game.  The coaches normally do it, but the coaches appreciated Kendra stepping in to ref so they could focus on coaching.  I only caught one picture of the three of them in the same frame.  The concept of involved parenting doesn't get much more visual than this.  She did a great job of referee and I was the team camera man.  We all play our role, right? 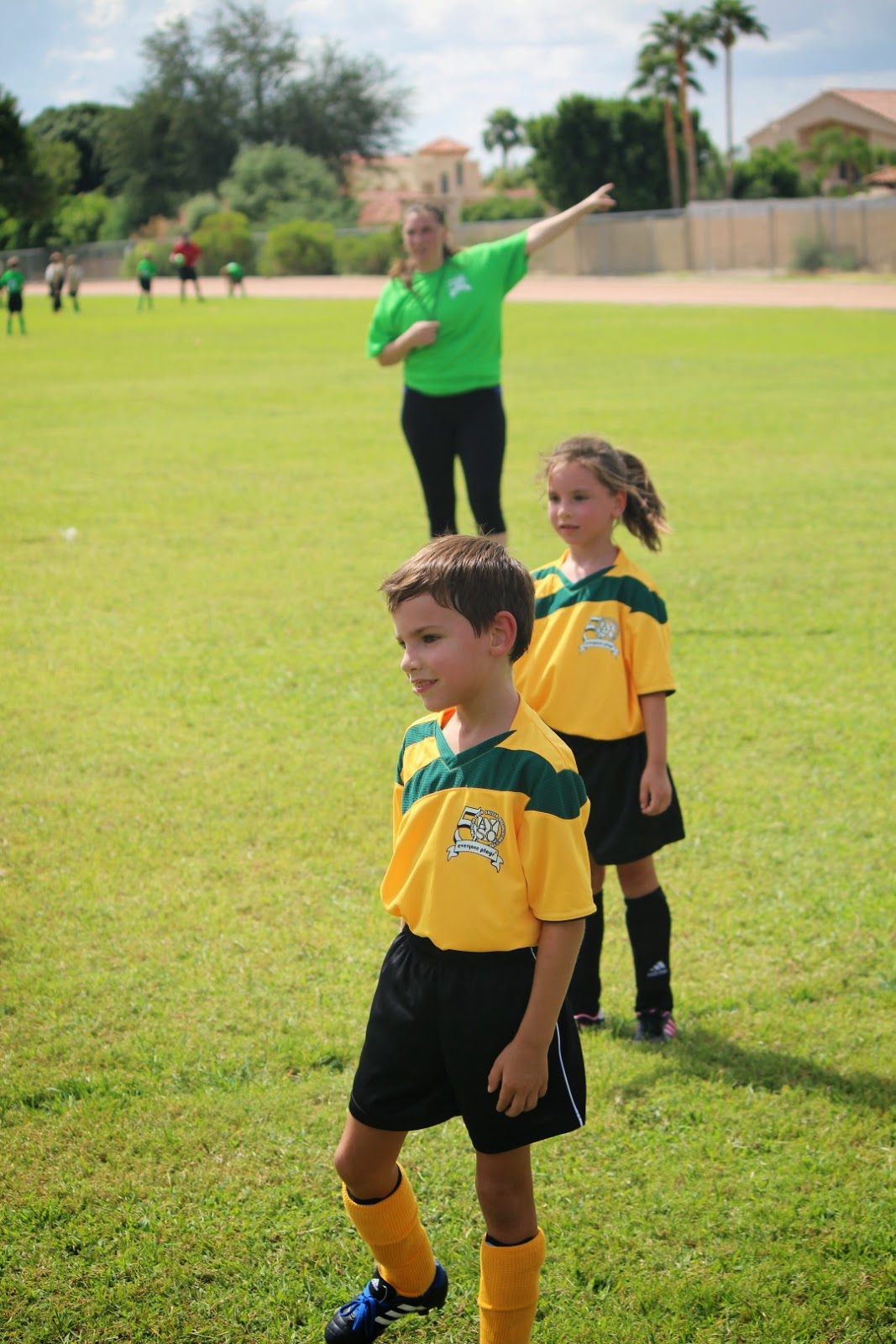 Layla always has time to pose.  When Easton gets focused on a target nothing can take his eyes off the prize.  Both personality traits are on full display in this next picture. 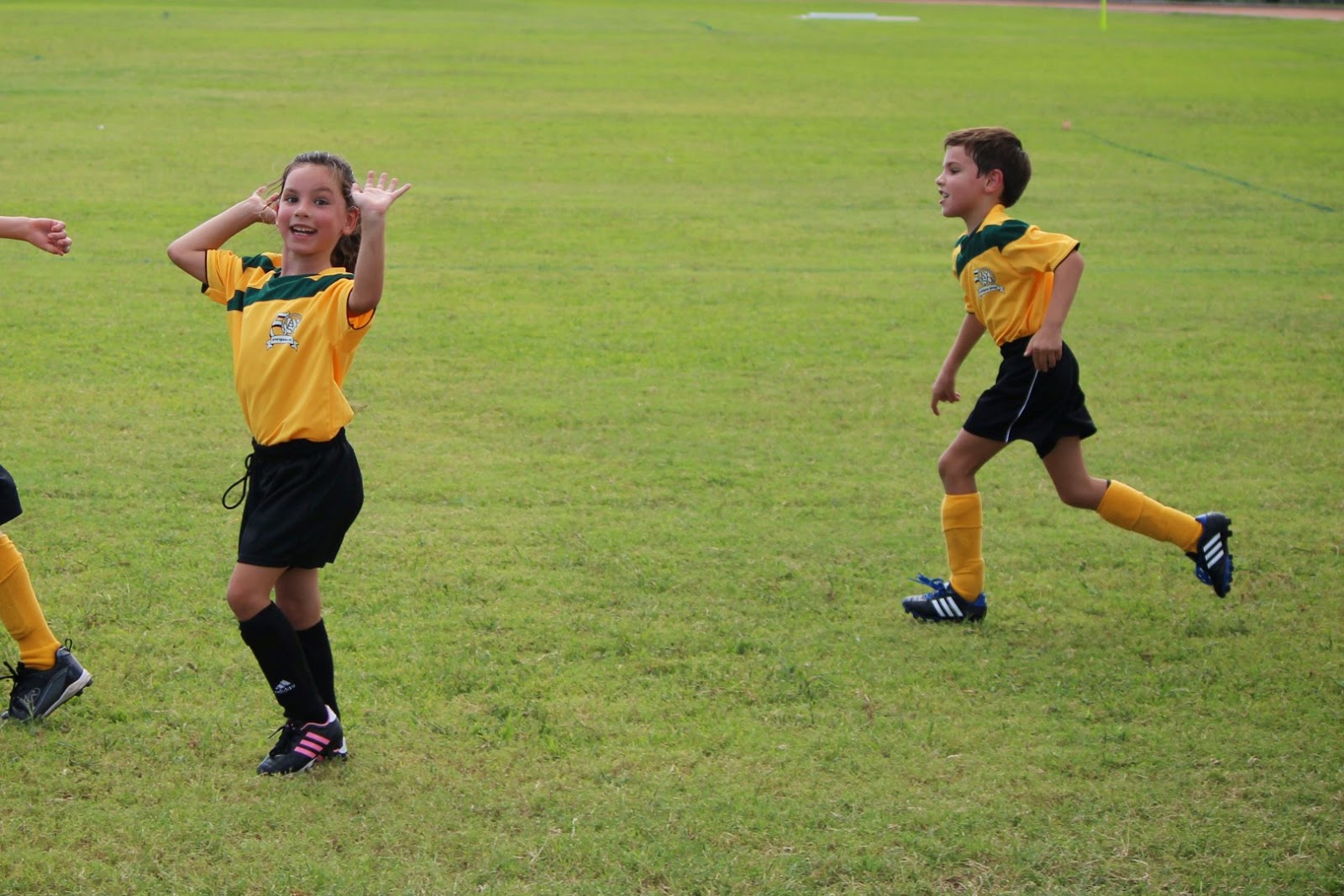 Layla is back on the ice for weekly group classes.  She is progressing steadily and loving every minute she can skate.  At the end of each class the teachers turn on some horrible pop music song that every girl on the ice adores.  They get 5 minutes of free skate to end the session.  While this is going on, the next class of skaters wait patiently at the edge.  Layla saw an opportunity to perform and show off her skills.  I caught her moves on camera to share the sweetness of watching a warrior princess do her thing on the ice.

See you tomorrow!  lots of pics and stories to post from the weekend...