We are one step closer to finding church/life balance.  We hosted the largest party ever at the Casa de Webb.  Now that is behind us and we are looking at small hills to climb instead of huge mountains in the near future.

The past few weeks set a new high-water mark for what we can accomplish and our tipping point for what is "too much".  We were certainly stretched and I wouldn't change much from the way things went.  When I agreed back in January to take on the new job responsibilities and ministry opportunities I knew we would find the limits of our capabilities and blow by them.  It is only in the boundaries of a healthy marriage that any couple should attempt to find limits of capabilities.  I know this experientially from a few years ago when I earned my masters degree.  Those two years of increased stress and decreased time together nearly crushed us and our marriage.    Even though we added the twins to our responsibilities since then, the season we just went through brought us closer together, as it should.

The going away party for our friend Morgan was a great party in spite of the sadness of saying good-bye to our friend.  50 people (yes, f-i-f-t-y) gathered to celebrate Morgan's friendship and wish her well in moving to California.  My favorite picture of the night is this one because I'm in it (go figure) along with the star of the show, Miss congeniality herself, Layla. 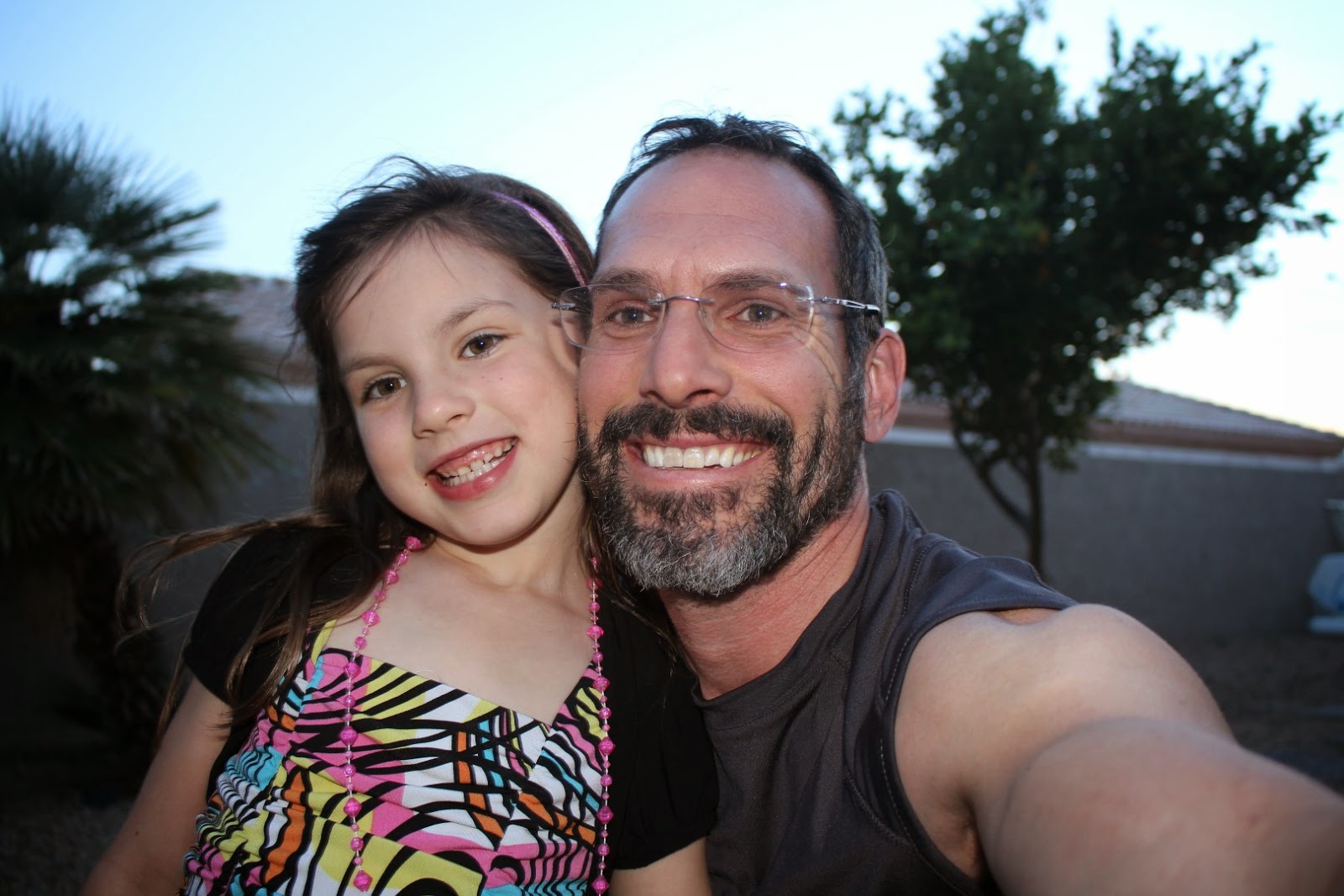 The greenbelt provided a huge open space for tables and seating for the dinner we prepared.  Easton and Layla were social butterflies with the adults and playmates for the other kids who showed up. 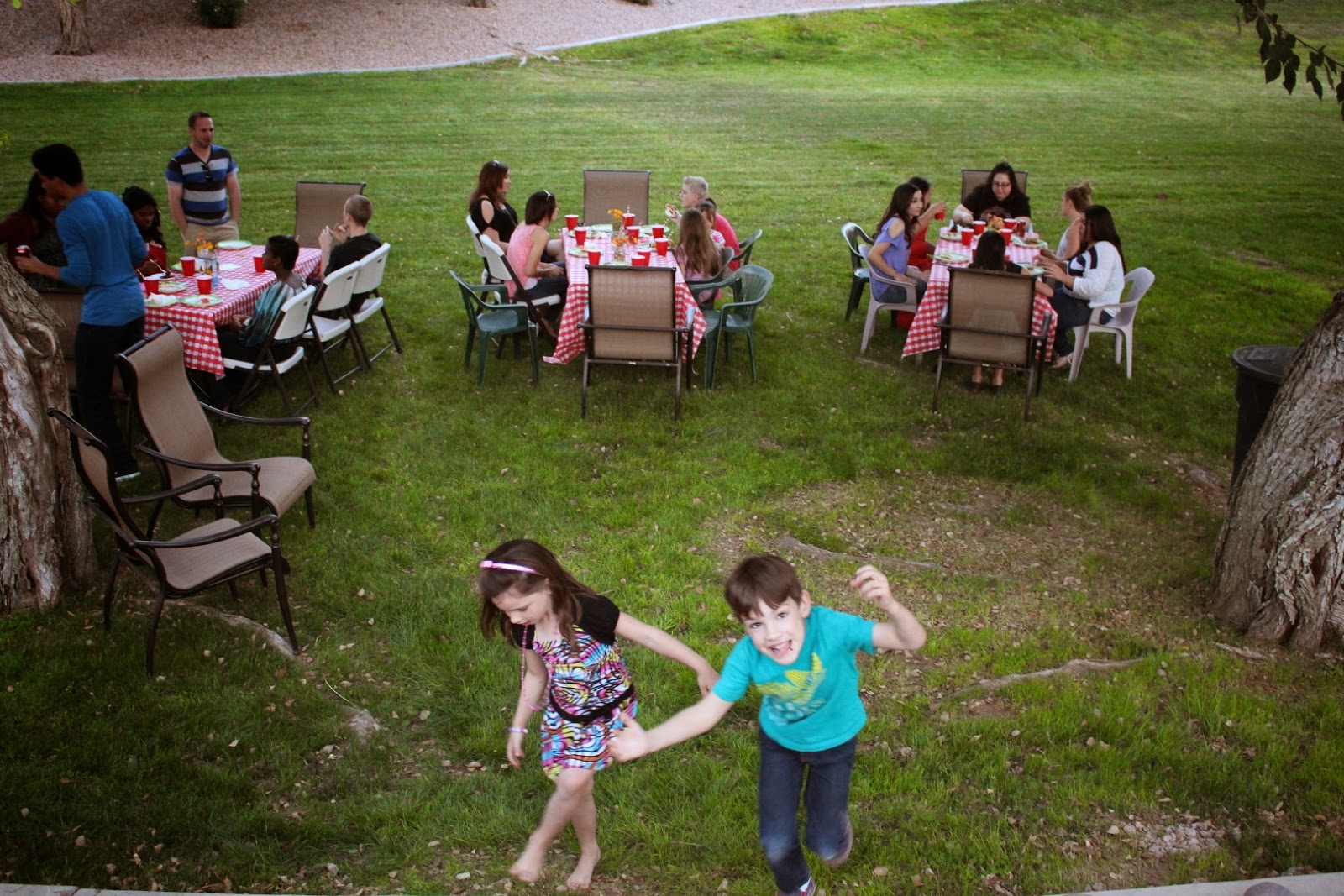 Layla and here friends found pine cones and some pink flowers.  She brought me two pine cones decorated with the pink flowers and asked to put them on display.  How could I say no to that creativity?  Easton was close by and wanted to jump in the picture with his sister.  Why not?  Both of them are full of silly sunshine fun. 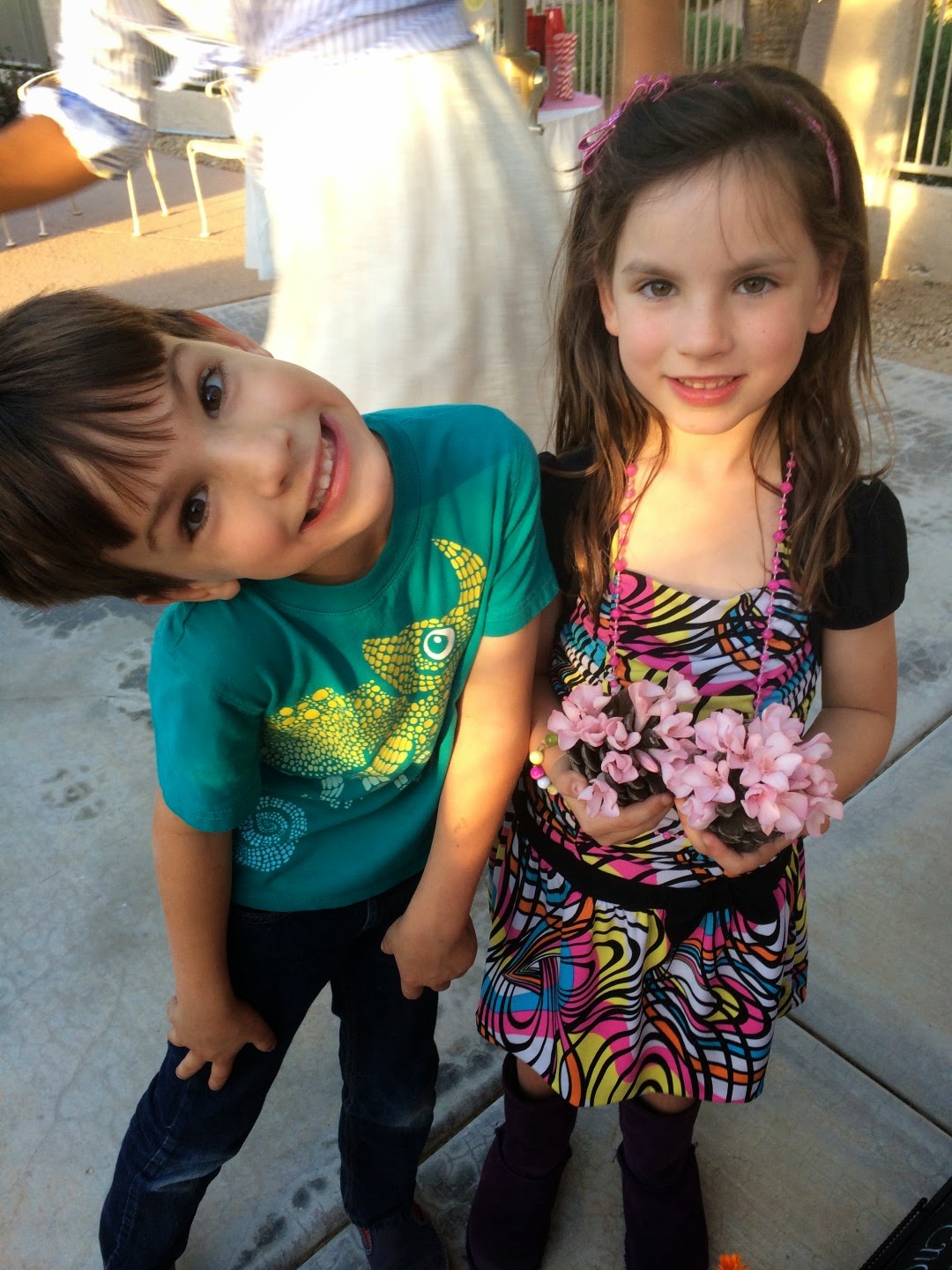 We sat Morgan in the middle of us and each person shared a memory or encouraging word for her.  There is something very special about sending someone to their next destination with a blessing and prayers.  Morgan lived with us for 6 months or so last year.  she became like a sister to me in a way I've never experienced before.  There is no other girl on the planet outside my family who I would be alone with.  This is not a rule I have or Kendra enforced.  It's just the right thing to do, in my opinion.

No married man should ever be alone with another woman outside his family.  That's my own personal conviction, but it's a valid boundary for marriage.  However, she was our roommate and sister so Kendra and I adjusted these boundaries appropriately.  There were times when Morgan and I hung out at home while Kendra was gone or Morgan would go with me to the store.  I will miss our late-night conversations at the dining room table.  I will miss the sibling-type of joking around.  I will miss the comfortability of her coming over and walking in our front door whenever she wanted.  I will miss my friend when she leaves next week. 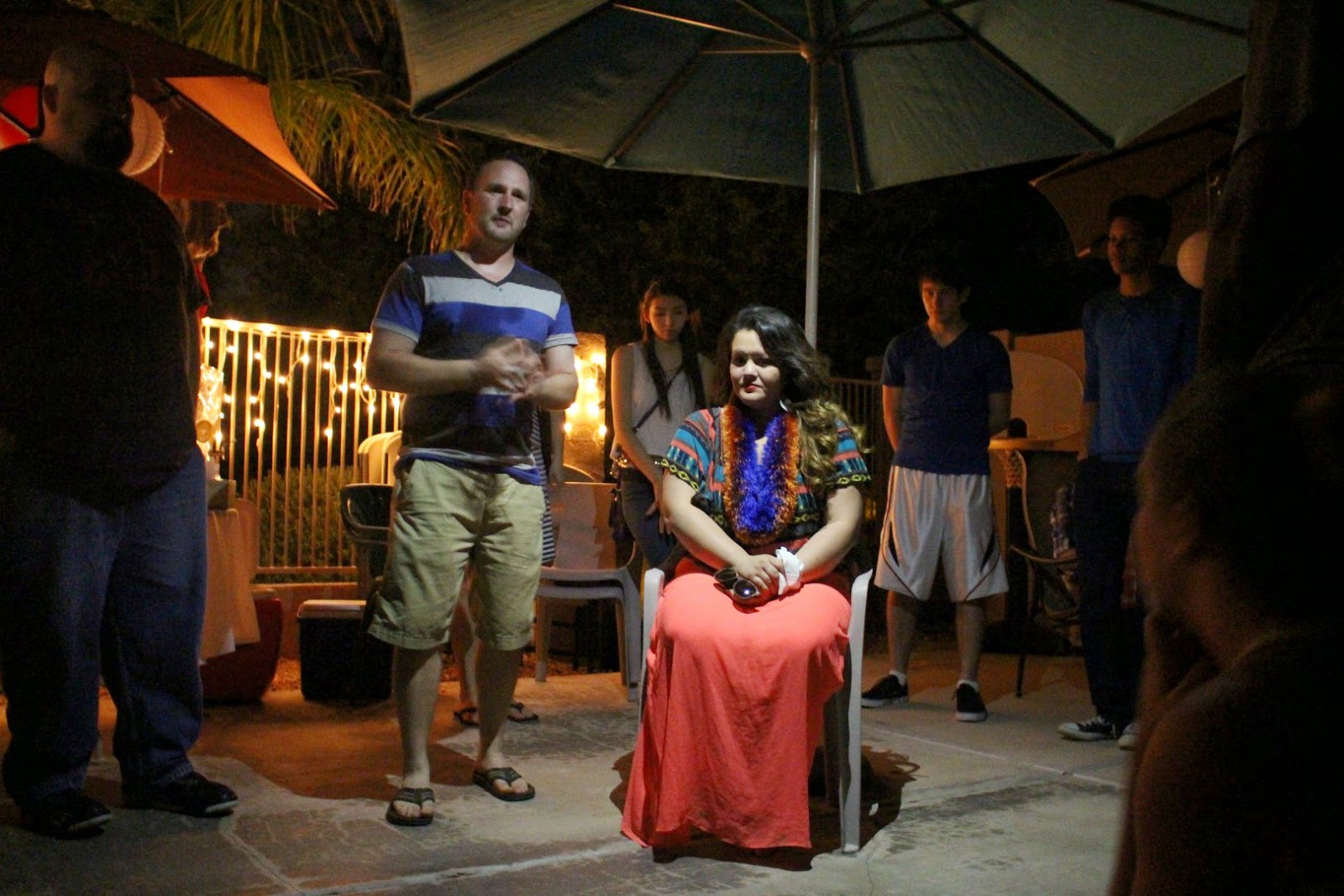 I took Layla with me for errands one evening.  I wandered the halls of home depot with her for a bit.  Then she saw the garden center outside and asked to go look around.  I've been giving her more and more freedom lately to go on her own adventures.  I agreed and she made a bee-line for the flowers.  When I finished my shopping list I went to the garden area to retrieve Layla.  I found her still in the flower isle smelling flowers and picking petals.  She is so artistically minded and has a great eye for beauty.  She described each petal and what they smell like.  Enjoying the mundane together is sometimes the greatest adventure. 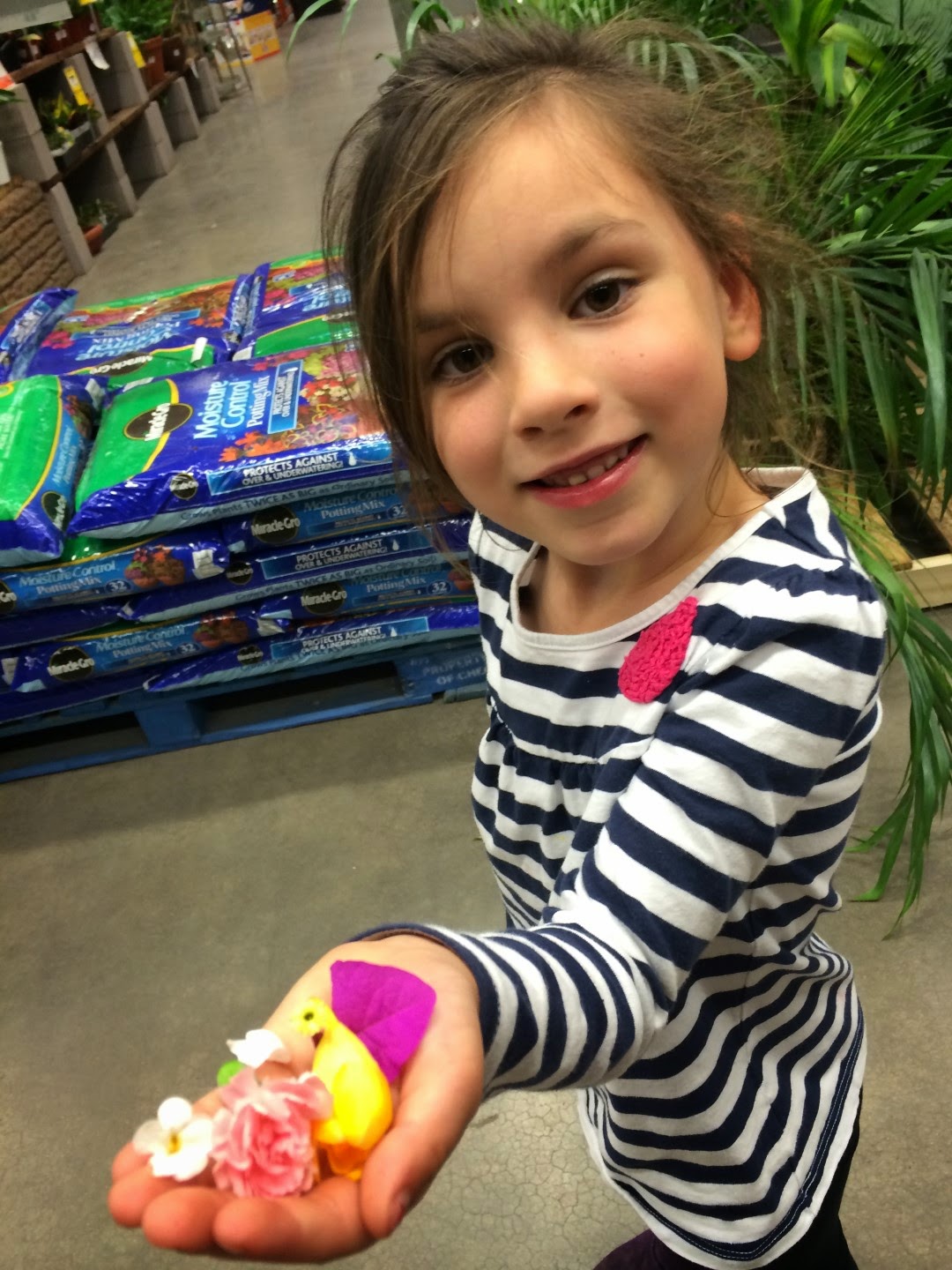 Easton and I took our neighbor and his two boys to experience Bella Gaia (Beautiful Earth), which is a cultural event and performance.  before going there, Easton and I had some guy time at the revolving sushi bar with just the two of us.  This was his first experience pulling plates from the never-ending parade of sashimi and rolls passing by.  He said his favorite was octopus.  He got a kick out of eating the suckers off. 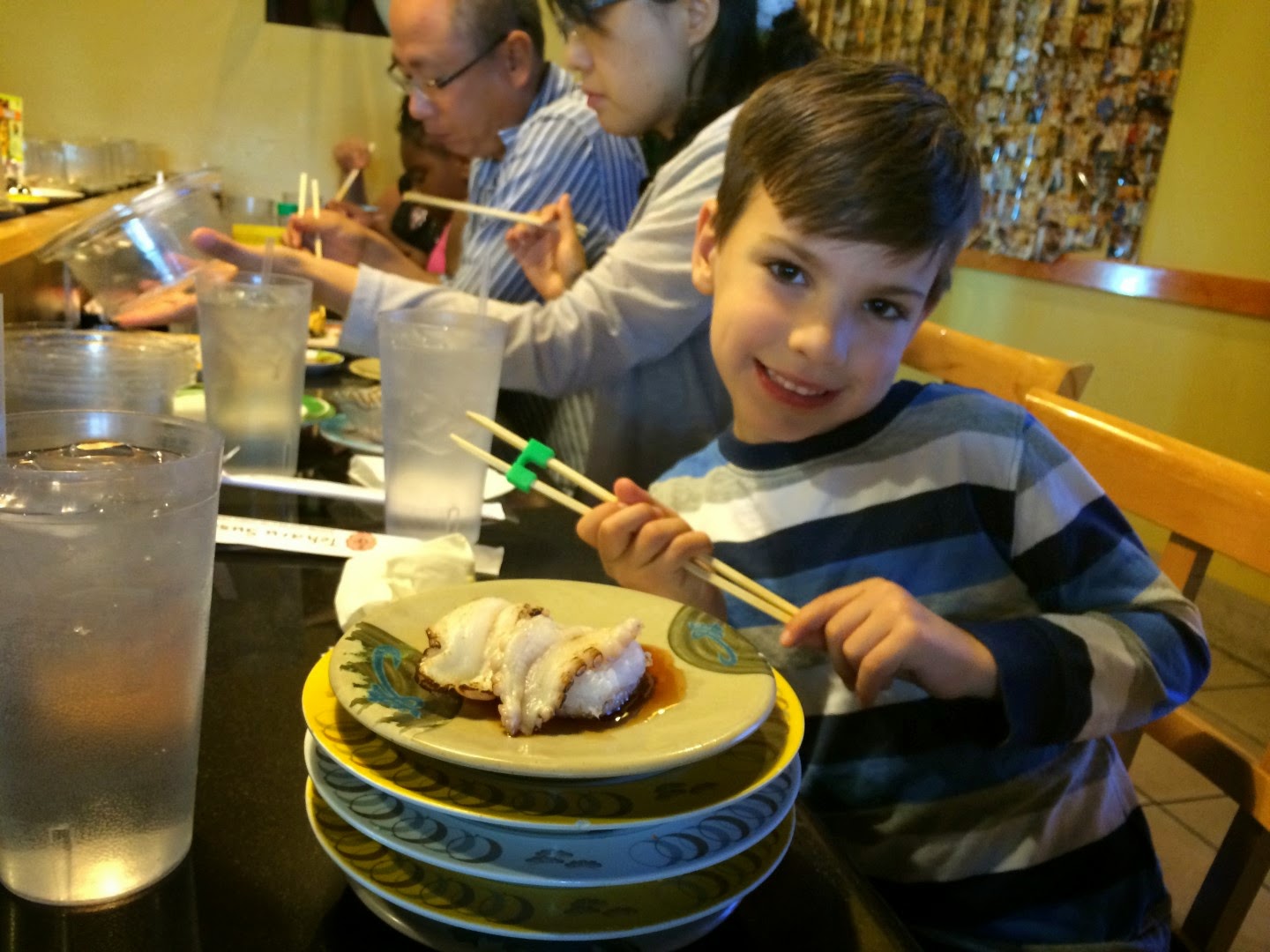 $40 each ticket x 5 tickets = $200 worth...  for free.  I couldn't pass it up no matter odd it sounded.  The event included audio,video, and pictures from the international space station and the astronauts who went there.  It also had live instruments, singers, and dancers.  The show was 90 minutes of auditory and visual overload.  It was intense and, at times, a stretch for me to comprehend what was being presented. 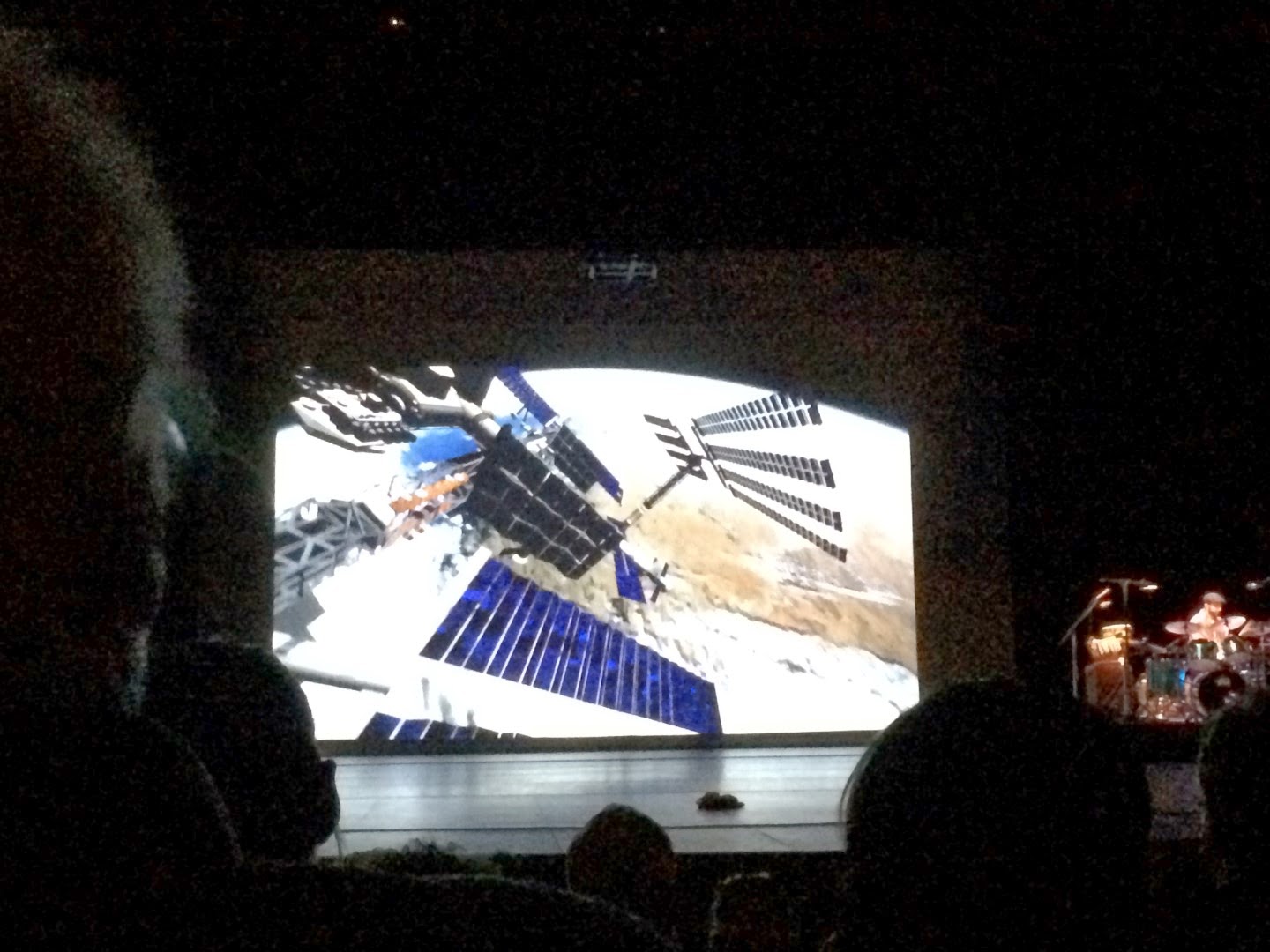 Easton stayed interested and never fell asleep, which is a feat itself because the show started 30 minutes after his bedtime.  The show was weird, but cool.  It went straight from showing images of the solar system to an elephant god in India.  Other than that awkward transition and 5 minutes of explaining their culture it was a wholesome show.  The beliefs presented were not stated as "truth", but rather a cultural exploration of people that happen to believe differently than me.  I wish they would have left all religious context out of Bella Gaia, but that's just my personal taste.

We went on our second geocaching adventure last week.  This time it was a quarter mile walk from our house.  This is the closest one to our house.  I've been waiting for a 30 minute window of free time for us to go check it out.  Layla brought a turquoise play ring and Easton brought an action figure.  We lifted the housing right on the side of the trail and found the simple plastic container with not much inside.  The twins wrote their names in the log book and we left our items in the jar.  It was a great lesson in blessing others.  I'm glad there was nothing but junk in there because I was able to teach them the idea of how it is better to give than to receive.  They didn't whine or cry or throw a fit.  I was a proud Dad.  They listened and we talked about how great it will be to bless some other kids who find this geocache even though we are walking home empty handed.  So many lessons to learn and so little time. 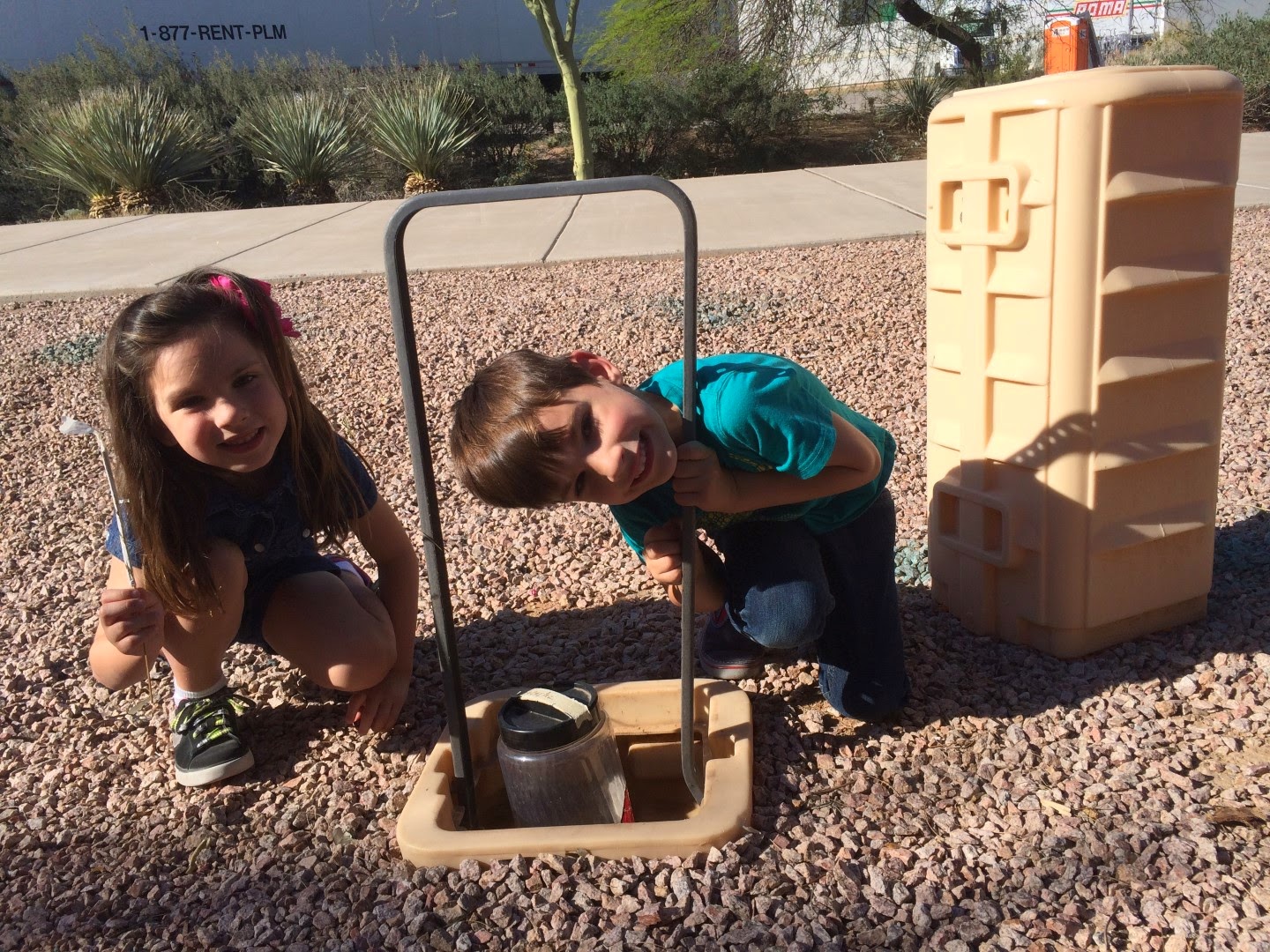