Our Sundays are usually completely full from 8 AM to 8 PM.  The small break we get in the afternoon of a few hours is sometimes the only chance we have to do chores, relax, and play.  We invited two friends over for Easton and Layla.  That may seem like more work, but it's actually less.  The girls play together and the boys play together, which means Kendra and I can do whatever we want.  The twins play well together on their own every day, but it's nice to bring in a new element or two so that each has their own gender.  Layla doesn't play star wars toys with Easton and Easton doesn't play dress-up with Layla.

Kylie is more than happy to though.  I gave them makeup and free license to dress how they want. Then I thought, "I sure how Kylie's parents are OK with makeup."  I asked afterwards and luckily they were fine with it.  Watching Layla put on makeup was a little surreal.  Isn't this my little baby who crawled around my feet and played peek-a-boo with a blankie?   Why yes it is, but she's a young lady now.  No matter how much time I spent cherishing every moment possible with my princess it wasn't enough and probably could never be enough even if I spent every second from the time she was born.

None the less, here she is applying makeup and talking with her friend. 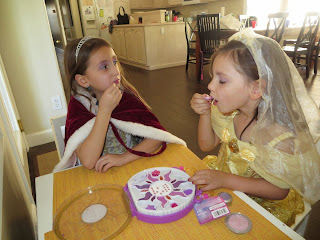 And the made-up princesses felt royal.  Layla regularly wears the veil and covers her face when I come in the room.  She's unknowingly preparing me already for the day in the future when she gets married. 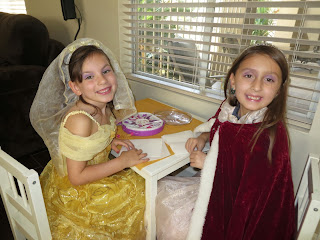 I heard Layla calling me from across the house.  They set up their tea party in Layla's bedroom.  I walked in and Layla said, "can you serve us, please, King Daddy?"  I proudly accepted their request. 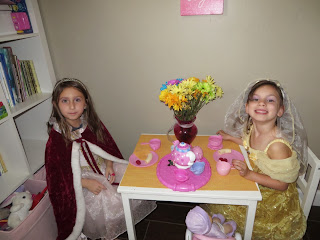 I cut out cheese in the shape of a heart and then added banana slices to complete the fruit and goodie dish.  I served them with this carrying tray and they were appreciative with their requests for more raspberries. 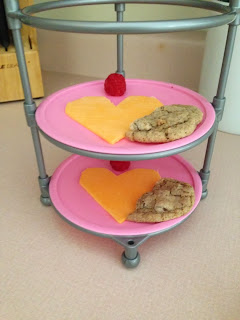 Easton and his friend were hard to capture in pictures because they were a blur of noise and toys running around the house saving the universe. 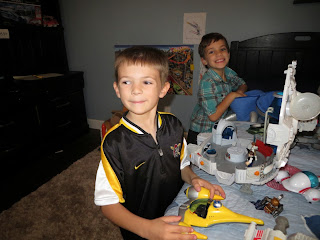 Easton convinced Josiah to sit long enough to read his book and tell the story of how the space shuttle Challenger exploded during take off.  I came in the room and heard him describing the tragedy and in the same breath expressing his desire to go up into space.  Talk about no fear...


One morning last week after the dual alarm clocks cuddled in bed with us for a few minutes, I zombie-walked into the den where Easton was sitting quietly on the couch reading his library book about Mars.  I was thinking, "give it a rest, dude!  we haven't even eaten breakfast yet."  but what I said was, "that's awesome, dude, tell me how the Mars rover lands?" 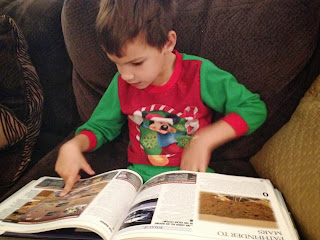 Easton likes Lego building, but until now his interest was only to follow the exact instructions in the booklet to create exactly what they booklet shows.  He's finally branching out with his imagination and creative side to create whatever is in his mind to create.  We sat down with the crate of Lego pieces and the first thing he said was, "help me find wings, Dad!" 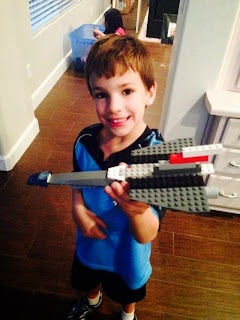 This next picture of Layla is about as descriptive of her personality as I could ask for.  She's getting her groove on with Xbox Disney Dance. 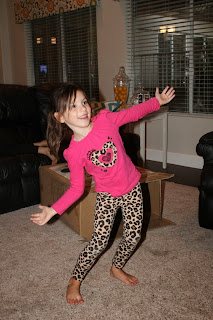 Then she invited her friend, Kayla, to join in the fun. 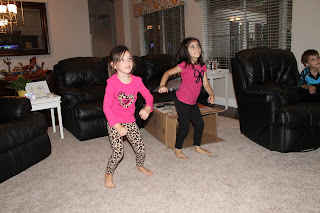 Her enthusiasm turned into encouragement for Kayla's mom, Betty, who danced right along side Layla. 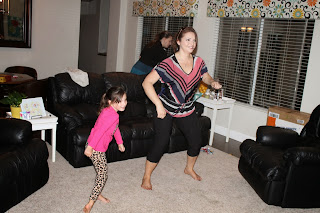 I went with Easton and Layla to soccer practice so that Kendra could do her Zumba thing.  We arrived early to the field and made the most of our time together by running our own three-person drills.  I forced them to stop running long enough to get a quick picture of them hanging onto the soccer goal. 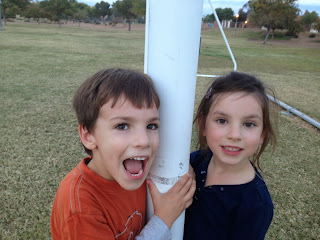 I took a few short video clips during the practice, but this is the only one that turned out well.  Layla and her teammate ran out after the ball.  the one who gets the ball is supposed to turn it around and score on the goal while the other person defends.  Layla squeezed the ball between his legs and scored.