So much to catch up on that I barely know where to start.  Maybe I'll start with the excuses of why I haven't blogged much in the past week.  May as well get that out of the way because most blog posts I see start with "sorry I haven't posted in x days/weeks/months".

Last week I worked a normal work week in my career with the additional task of updating my résumé.  Nothing bad is forcing me to go job hunting.  On the contrary, a 10-week temporary assignment is open and I'm applying.  It's for a position at the same level of my boss's boss.  So...  being realistic...  I am not expecting to get the assignment, but there is no harm in asking.  This is where the rubber meets the road for parenting.  I'm constantly reminding Easton and Layla they won't get what they want by saying, "I want that banana".  That's not asking.  They must say, "Please, may I have the banana".  Then I give them what they ask.  it's the same thing in life and my career.  If I don't ask, then I won't even have a chance to get it.

anyway, in the past 8 days (Sunday to Sunday) I spent 41 hours on church-related activities.  That's in addition to my normal 40-hour per week day job, and being husband and father.  I know doctor's who would love to have such an easy schedule, but for a guy like me who's used to spending lots of time with kendra and twins and my friends and at the gym, it was a bit much.  Easton and Layla both earned "red cards" at school for the first time ever.  That means they mis-behaved in a bad enough way that the teach had to send a note home informing us of their bad choices.

Anybody think that is a coincidence?  Not a chance.  My lack of involvement for one week even when Ouma was here sharing the responsibility is the correlation.  The previous three weeks with Ouma here went very well for them in school.  so the only common denominator is over-extending myself.  It's a learning process to find the balance point.  This week I'm cutting back on the hours significantly and Easton and Layla's card at school is green, which indicates they are behaving properly again.

so what was I doing with my time instead of taking care of the twins?  Ministry...  Pastor gave me the stage on Sunday night to introduce changes I'm leading for the church.  As much as I don't like to be in front of big crowds, Kendra and others said I did a good job of presenting and speaking.  My pastor is the primary vision caster (the guy who comes up with what to do) and I'm the primary vision implementer (the guy who gets done what the vision caster cooks up in his mind).  I am humbled and honored to officially take on the role of executive pastor.  Who'd have thought... 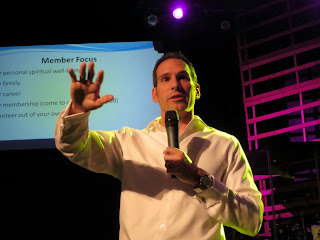 For part of the service Kendra joined me and we jointly presented the new cultural shift the two of us are driving.  She did great and I loved every minute of it.  I'm OK, but the two of us together are very effective, if I do say so myself. 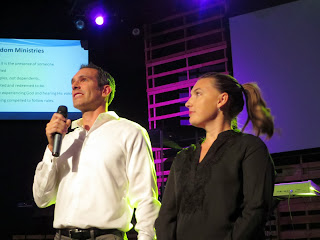 The most impactful part of the night was being empowered as the pastor imparted to the responsibility and authority to carry out the vision of the church.  I will never forget this moment as long as I live because it is a rare occurrence in this world for leaders to be called into position in front of an audience to publicly affirm their role.  It's as close to a knighting ceremony as I'll ever get.  The weight of knowing how much responsibility was placed on my shoulders in this moment is noticeable.  At the same time it feels manageable and purposeful.  hard to explain, but what I'm experiencing is aliveness.  it is an absolute honor. 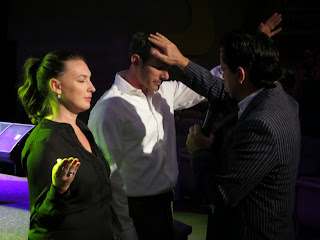 Then pastor did the same for her to recognize her leadership of the ministry area she is responsible for.  There is something special about being empowered to carry out vision.  Kendra got a double dose of that. 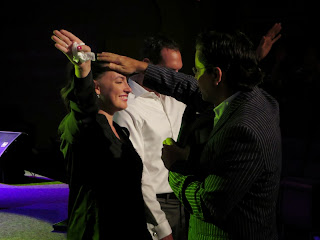 Anyway, enough about us as the parents.  let's get to the real reason I blog:  Easton and Layla.  Earlier I referred to their difficulties in school.  On Layla's worst day I stopped by the grocery store and found a perfect bouquet of flowers on sale.  Best 5 bucks I spent all week.  I could tell as I walked in the door that she was sad and concerned about telling me how bad her day was.  Then I held up the flowers, gave her a big hug, and said the same thing I always say;  I love you all the time, no matter what. 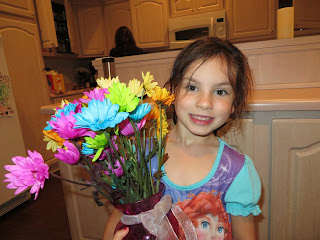 With that pressure release she gave me big hugs and told me all about her day.  I'm happy to know their cards are back to green and they are learning exactly what kindergartners are supposed to learn, which is how to listen, be still, and obey.

The park weather makes for good evening walks and play time together.  Easton is getting brave with his climbing.  It was on this very playground set 3 years ago when he fell face first off the edge into the sand.  I'm so glad that didn't do irreparable damage.  he's always looking up to the skies... 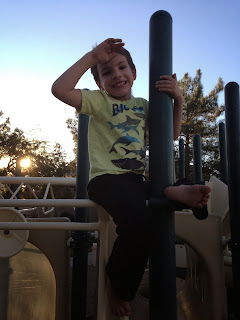 Layla is miss how-about-me who dislikes being shown up.  so she climbed up the pole and one-foot dance to prove she's stronger.  a little competition is good, but she takes it a bit too far at times. 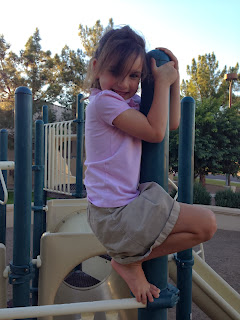 Saturday morning soccer is almost over for the season.  only 3 games left.  Easton put his gear on and sat down on my lap to cuddle as I sat in the floor.  He crossed his legs exactly as mine were. 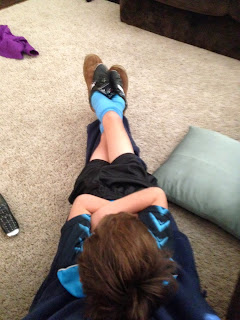 I took the pictures from both angles to show how that looked.  There will be a day when he would squish me like a dog pile if he did this, but for now he's excited to see how much he's growing compared to my legs. 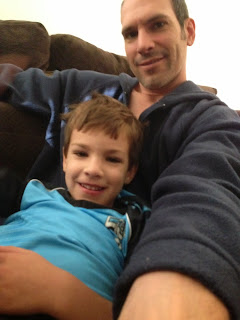 One minute we are playing Lalaloopsy bingo with Ouma. 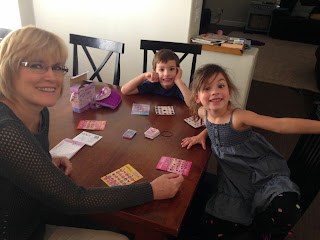 and the next we are sending her back to Sacramento on an airplane. 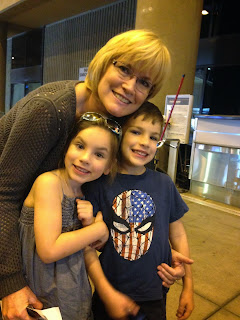 Not a day goes by that we don't hear from Easton and Layla both how much they miss Ouma.  The only way to turn their frown upside down is to count the days until Christmas when she'll return with the whole family!  We got so used to her being here during the month-long stay that she became part of our normal routines of bed time and play time.  Then, when she left we had to fill the void and readjust to the old normal.  I am very blessed to have such great in-laws that their presence in our house is always welcomed and enjoyed to the fullest.

Another way I was able to reconnect with Easton after my ultra busy week was to go for a mountain bike ride.  We rarely give the kids gatorade, but part of the treat of our time together was sharing my camelbak full of the lemon-lime goodness.  We exercised and sweated out way more electrolytes than the it provided. 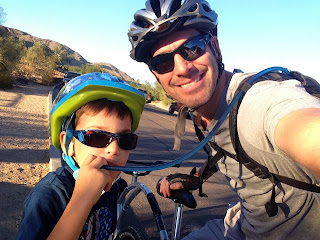 Alas, my boy only rented the Gatorade.  He never saw me take this pic and I sure hope he doesn't find this when he's 18 and make me explain why i took a picture of him peeing in the desert.  This was just one of those boys-only moments that made me laugh.


We rode into the sunset with our primal, outdoor "yahoooooo" screams.  There's something about being out in nature and tackling the mountain together.  It was a real confidence booster for him and a great way to connect for us. 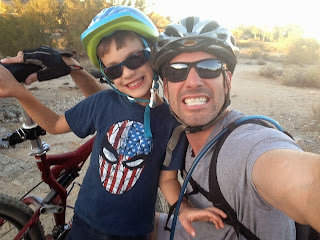 he's "all boy" in his likes and mannerisms.  I only have 13 more years to help him become a man.  the clock is ticking.

How awesome it that!! Wish I could have been there to join in the special prayers for you two. I am so very proud of you both and will be especially praying for God to bless, keep, and anoint you to be His effective servants. Love ya gobs, MOM

Thank you, Ma. We gladly receive those blessings and prayers! Love you too.