The Webb house is continuing to suck the life out of our savings account, but we are glad to have the "house of healing" being used as we intended.  First, the plumbing news.  Just when we recovered from the cost of replacing the dead convection oven Kendra discovered the garbage disposer broke.  Some things can be broken for a while without impact, but when it comes to maintaining the kitchen capabilities they are "must fix" issues.

I located the local plumbing supply store and shelled out $300 to replace the 18 year old disposer with a like-model so that I didn't have to do a full refitting of the pipes.  I enlisted the help of my trusty side kick who was more than willing to help as long as I explained every detail of how it works. 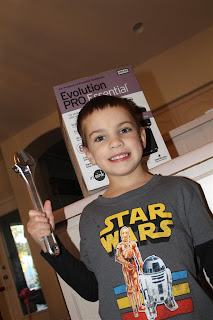 When the instructions came to the part where the plumbers putty had to be rolled into a snake and wrapped around the drain I thought, "hey, this is just like playdough!"  I gave him the can of putty and instruction on what to do.  Those play time skills are paying off already! 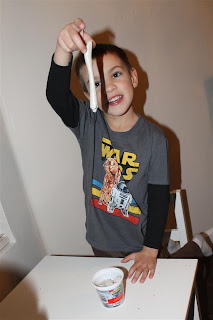 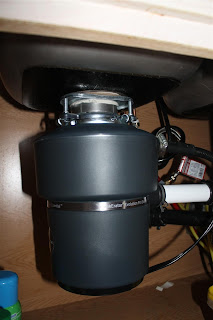 Afterwards Kendra mentioned how attractive it was to watch me tackle the manual labor job.  I foresee a many more DIY jobs in my future because the house is a little in disrepair and Kendra thinks it's sexy for me to fix stuff.  Thank God for Youtube instructional videos.

Meanwhile, Kendra is teaching Easton and Layla through home schooling using various methods recommended by friends and online forums.  Seems to be working, but education is one of those slow-growing seeds where it's hard to tell what the fruit will be until long after the seed is planted.  One such activity is sorting things to improve dexterity, motor skills, and organization.  She dumped puffs into a plate and had the twins sort them by color. 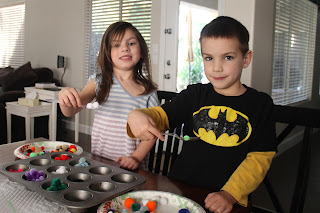 Now we move on to the Spider news.  Layla and Easton requested a superhero dinner and evening of playtime.  Why not?  I continue to encourage them to ask the question, "why not?" and if I don't have a good reason, then let's do it!  The three of us donned our Spidey costumes (Kendra doesn't have one yet).  After dinner we ran around the house saving fake people in distress and battling evil villains. 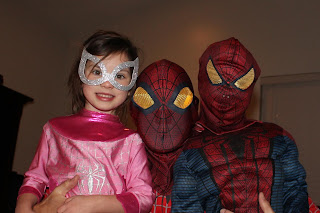 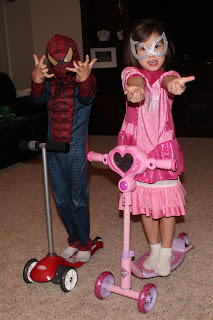 They are attached to their scooters as the primary form of transportation around the house.  Both are getting a little too adventurous with their one-footed, one-handed tricks.

Easton is dabbling in superhero mash-ups where he takes a few aspects of different superheros like Ninja Turtles, Spiderman, and Bolt.  Quite an imagination, but it works! 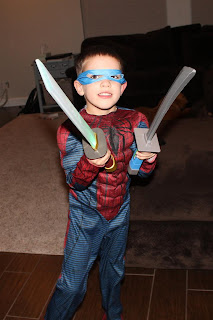 We had a pleasant surprise visit from Kendra's uncle Gordon who came through town for the Harley-Davidson dealer conference.  We've been hoping his travels would bring him through our corner of the world and the stars finally aligned.  We had planned for a hike with Neill and Jenny so Gordon joined right in for the adventures.  We climbed a few peaks to get a view of the downtown area and gave Gordon a virtual tour of the city. 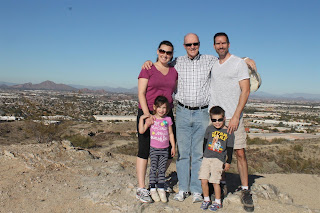 Neill and Jenny were troopers about keeping up with the fast-paced dynamic duo who led the way the entire hike. 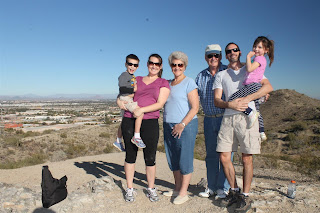 Easton and Layla climbed all over the rocks and they took a moment from the rock climbing to stand arm in arm for a quick photo. 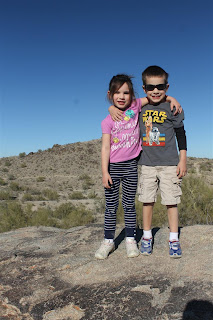 Easton discovered the joy of throwing rocks off a cliff.  Layla decided she didn't want to miss out on the fun so the two of them bombarded the hillside below with the biggest rocks they could lift.  Gravity is a good lesson to learn through observation rather than experience. 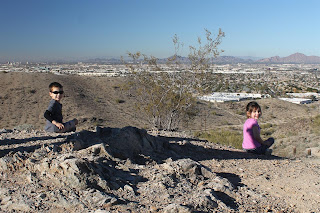 The weather is perfect at 72 degree day-time highs.  Layla found a shady spot and a chair to sit and enjoy our back-yard conversation.  She posed and smiled in a way that caused me to stop and think, "wow, she is no longer just a kid, she is a little girl!" 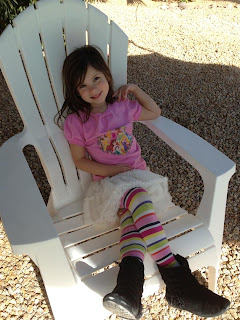 And now we get to the pigeon section.  Neill joined me and twins for a park outing to give Kendra and Jenny some time to prepare for the Friday night gathering.  We ate lunch near the pond at a peaceful, shaded park table.  Then we brought our bag of stale bread over to the pond to feed the ducks.  Ducks found us along with American Coots, sparrows, and pigeons.  poor pigeons...  I showed the twins how to hold a cracker and let the winged beasts eat right from my hand.  I pulled out my phone to take a picture of them attempting the hand-feeding technique.  Instead I got a candid picture of Layla holding a pigeon by the tail feathers while Easton tries to escape the flapping wings. 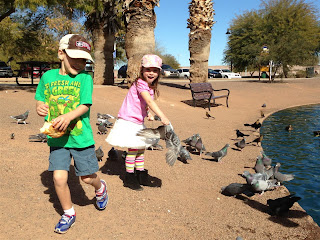 Needless to say, this was one of the most impressive moments of the week.  I couldn't discipline Layla because she didn't know it was inappropriate.  Instead, after calming my laughter, I asked her kindly to put the pigeon down.  She's pure magic.

Easton's favorite park attraction is the tire swing.  Neill spun them up and around and every which way producing many giggles.  We played a game where Neill and I would try to put their hat on their head as they swung by us.  They were begging for more even though we were worn out.  One of the purposes of going to the park is to wear them down and exercise, but Neill and I ended up as tired as the twins. 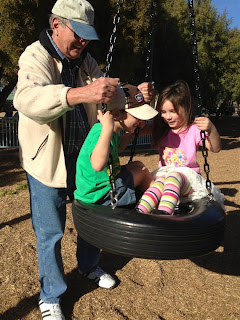 Friday night we had the privilege of hearing Neill and Jenny speak to the young adults.  22 people in our house fit comfortably in the living room.  We ate dinner beforehand, then the entire group spoke words of encouragement to Rebehka who is leaving for Hillsong in Australia on Tuesday.  We also celebrated Morgan's birthday wrapped the night up with great prayer time.  The party started at 6:30 PM and lasted until Kendra verbally kicked them out at 11:00 PM. 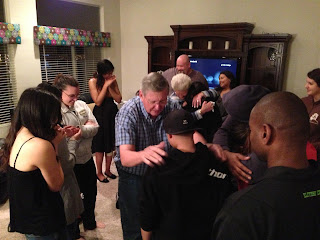 The week with Neill and Jenny is probably not as relaxing as they would like due to the continual stream of opportunities to share with groups and individuals who just seem to find their way into our home and across Neill and Jenny's path.  The experience of being around them as mentors is invaluable for Kendra and me. Only a few more days with them and we plan to make the most of it!

Loved all the pics! Glad to see that twins like the scooters. Sending you a box of memoribilia and gifts for twins. Sorry to have to miss their birthday. Love ya gobs, MOM