January proved to be a difficult month for the 4 Webbs.  not exactly the way i wanted to start the year, but I don't give much power to time segments of life.   Some people have already written off 2018 based on a few situations or setbacks, but I've never been one to forfeit a year, month, week, day or even hour of life based on circumstances.

Anyway, we have some bright sunshiny days ahead even though we are in the depth of the winter cycle here in Seattle.  We limit the screen time for the kids because otherwise they would be zombies.  Easton plays Minecraft on the weekends with anyone who will join him, including me.  We play cooperatively and competitively against each other with great success.  I measure success based on how Easton still includes me in what he likes to do.  We have fun and laugh often so i'll continue to be included in his playtime as long as he will invite me.  If Kain is available then he hangs out with at our house where Max gets more pets, games have more players, and I get some time to do things on my own. 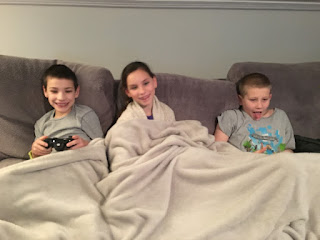 Over Thanksgiving I spent some time with my nephews who are extremely musically talented.  I was inspired by them and picked up my guitar again regularly for the first time in years.  Each finger is forming a callous from the strings and I'm enjoying using the internet for guitar chords.  The last time I was playing back in college there were no sites with full listings of songs and music.  so much to play!  Layla and Easton have a computer next to mine so Layla joins me in singing along when she knows the song.  There is something special about singing together as a family. 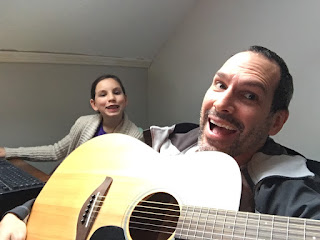 A break in the rainy season gave us a weekend gift of being outside without being soaked.  The playground is still wet, but that doesn't stop Washington residents from playing.  The tire swing was the biggest hit as Clay and I swung the kids around to the point of dizziness. 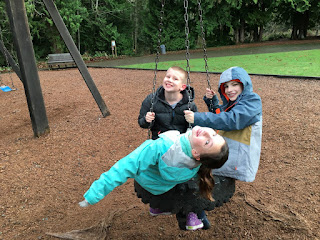 On the hiking trail we took a detour off the path to a creek.  The mud and sand were so deep that it almost swallowed their rain boots as they squished into it.  The scene looks like another planet or at least a well-designed movie set. 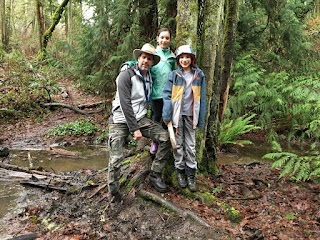 Easton took a break from the tire swing on the second time through the playground because he didn't want to lose his lunch. 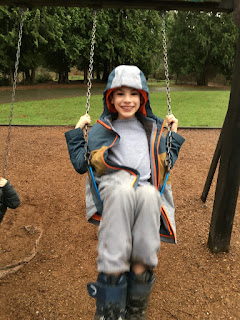 Layla took a solo spin on the puke machine, proving she's a little more excited about adrenaline experiences than Easton. 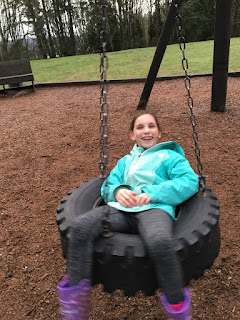 Not many pictures of Kendra lately because she's been in bed or sometime around the house, but rarely outside or in any state of picture readiness.  For the past month she's been at the hospital way too much with gut issues.  She's still not in the clear, but we are at least confident she is cancer-free still.  The variety of issues, including back pain, are keeping her from increasing her stamina and strength.  Our upcoming Disney trip is a big motivator, but we are praying and believing she will be healed before then.  In the mean time, we have some awesome neighbors and friends who are taking care of Kendra and us to supplement my full time job of employee, father, husband, maid, taxi, and the 100 other titles Kendra and I usually share. 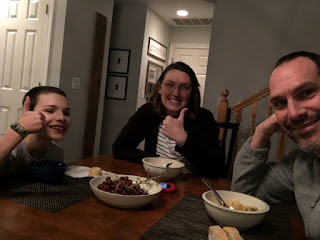 vacation is coming soon and I'm holding that as the carrot on the stick in front of my face to keep this donkey going.