Life in the PNW

I'll have to go through this post one picture at a time because there are weeks and months worth of life.  One of the most important developments is how Kendra's CT scan came back negative and she is clean as a whistle.   No cancer, so let's get on with the more important things like family and settling into our new Washington world.  There's a lot going on in this picture.  Layla dessed up for the "decades" day at her school.  Easton did not participate because he could care less about those kinds of special occasions at school.  She dessed as the 80's girl and pulled it off smashingly.  The mud closet behind her is Kendra's special project.  This is just a mid-progress shot as you can see painters tape. 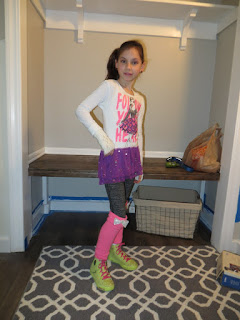 The 4 Webbs took an afternoon hike.  it's a rare occasion for all of us to go adventuring together because usually there is one parent working on house stuff and one parent out adventuring.  We took a half-mile hike down to lake washington through a green forest trail. 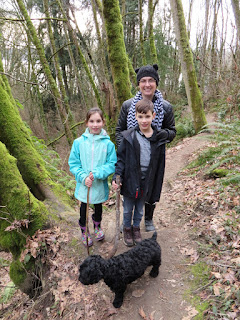 At the end of the trail is a shoreline and scenery that is spectacular in a peaceful, wintery sort of way. 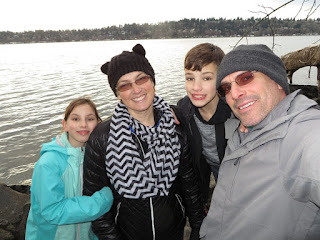 There is a hollowed-out tree where Easton and Layla played for a while.  Easton invited me in and I had to crouch down to fit.  The inside opened up about 8 feet high into the middle of this massive tree. 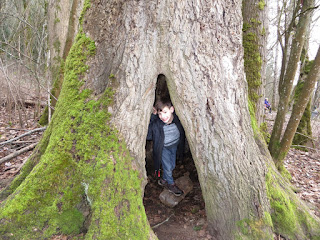 Layla is always telling Max what to do and where to go because she is a natural leader.  Max willingly does what he's told.  This was a funny picture where he charged towards me when I opened my baggie of snacks. 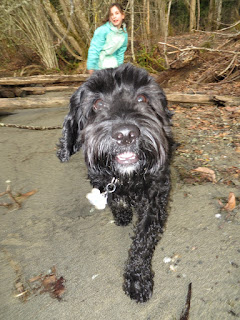 Kendra pointed out how the trees have little buds sprouting out.  It was a prophetic moment where she was intensely tuned into new life happening, much like what's going on in her body.  Aliveness! 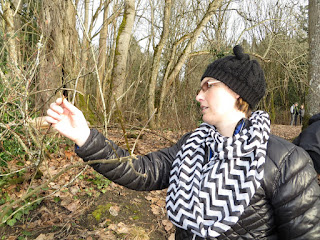 This is her official "cancer-free" picture since we found out her CT scan shows no signs of it anywhere.  We were both extremely relieved to say the least.  I sense Kendra is starting to dream again about her future and purposes of her life beyond just being a wife and mom.  I am way more excited about the future than she is, but hearing her talk about what God has in store for her and us is music to my ears. 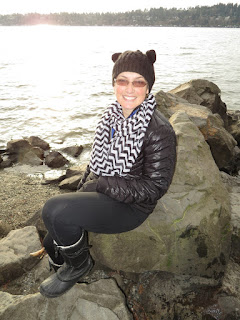 Seattle froze.  I mean the whole city.  The twins and I walked down to the tiny pond in our neighborhood to find it frozen.  We skated and broke ice for hours on end.  Layla found this basket that froze in the middle of the pond. 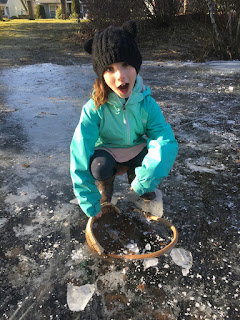 They stayed still just long enough for me to snap a selfie and then they were off again attempting to break the ice finding ways to play soccer with the ice chunks. 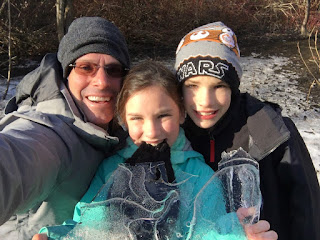 Max didn't like his cold paws on the ice, but he stayed with us the whole time as we explored.  The twins had never been on a frozen anything other than an ice skating rink.  The experience was one they will never for get because it was super fun and an extreme departure from what they knew in Phoenix life. 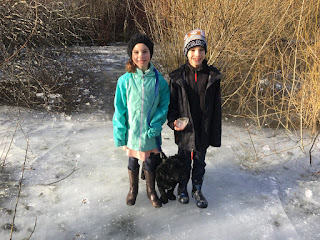 Layla made friends at the ice skating rink, as we would expect.  The two of them were waiting around for the zamboni driver to finish his job.  Layla received some light-up gloves where the fingers flash a variety of neon colors.  She confidently glided onto the ice and completed her hour-long skate session while boldly flashing her lit hands around.  Figure skating created this odd dual nature in her where she gladly catches the attention of the whole rink while out on the ice, but in our own house or car she is bashful sometimes. 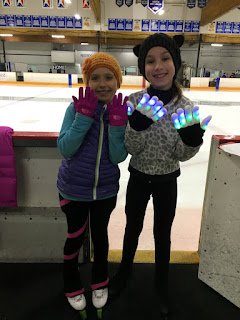 But there are other moments when these two hams will be silly with me.  Their rooms are right against each other in our new house.  They go into each other's rooms often and have a secret slot on the front of each door where they each have a special key, which is just a safeway club card.  Imaginations are super important! 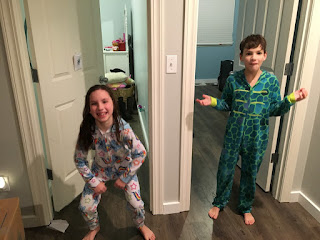 Alaysha went with the 4 Webbs on a family bike ride.  We tested out the ride to school and made it in seven minutes on our bikes.  During the spring, the twins will eventually ride their bikes to school together.  That'll be a big milestone for us all.  Anyway, Alaysha joins in with the kids on many levels including reading books, playing hide-and-seek, and swinging with them.  We are blessed to have her around! 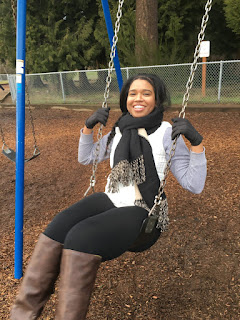 Kendra's friend list is still really short since we are still getting settled.  Alaysha is great to have around for girl time with Kendra when I am just not able to fulfill all of her needs for connection and conversation.  The twins gave us a tour of their school and we ended up on the playground where a map of the US is painted.  These two danced around from state to state. 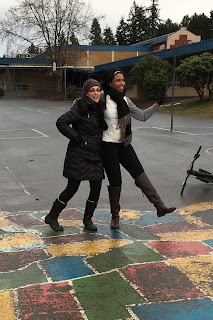 I love leading my family in many ways.  on bike rides, moving to a new state, and doing life together one day at a time.  this is one of my favorite pics from the last few weeks because it captures our whole crew in one action shot. 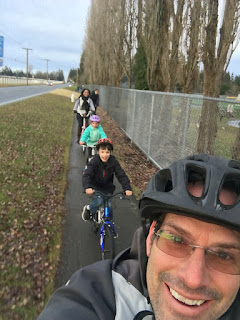 Easton informed us about an optional "science night" at their school.  Layla reluctantly agreed to go. we showed up to find the place was packed solid with most of their friends from class, their parents, and a gym full of interactive science experiments.  One exhibition was a tarantula petting table.  that's a real tarantula on Easton's hand.  as you can see by the smile on his face, he was amazed by the experience.  There are no pictures of Layla because she was off playing with her friends and avoiding the tarantula table. 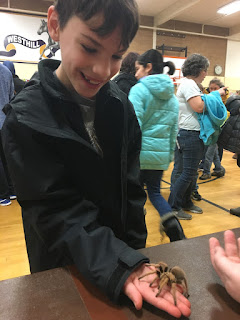 During our family hike down to lake Washington Kendra took this picture of Easton and I walking out on the fallen tree together.  It's more artistic than my normal pics because Kendra is better than me at capturing these type of moments. 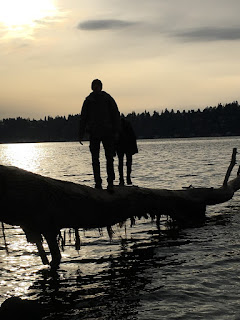 One of the few advantages of moving into a house is the fun that boxes provide.  The twins made their own box caves up in the loft.  even though their rooms are a few steps away, there is something extra fun about playing in a box.  ask any cat... 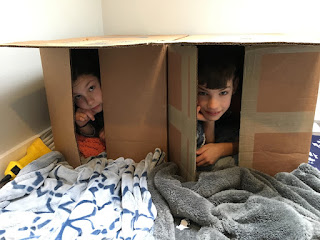 I told Easton to read this book called capitalism for kids.  He told me he already understands punctuation.  I giggled to myself many times after that response because the book is not about capital letters.  it's about the economy and the way our country works.  I told him I would pay him 5 bucks if he read it.  Not only did he read it, but he wrote a two page report about the book and read it out loud to me.  thus proving, capitalism works...  even for a nine year old. 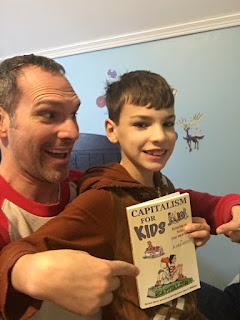