These past few weeks have been a mushroom cloud of interesting things happening.  I've had a hard time finishing my Seattle vacation post because the 4 Webb's adventures here are not over yet.  I'll go ahead and wrap up our trip in the final few days, but just realize it's not the end...

Kendra and I had a date night out where we met my former boss from 15 years ago for a night on the town.  We went for dinner, then ice cream, then a view of downtown Seattle.  We had a great evening because we knew the kids were safely cared for by Ouma, Oupa, Christy, and Doyle.  Between the four of them, Easton and Layla had a hundred times more love and help than they need for a night at home. 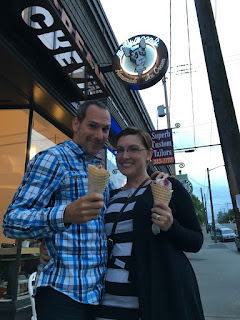 The next day Kendra was feeling up to par so the five of us left her at home to rest while we took a trip to Friday Harbor in the San Juan islands. The ferry ride was enough to make Easton's day.  The cool breeze picture-perfect scenery was enough to make Layla's day. 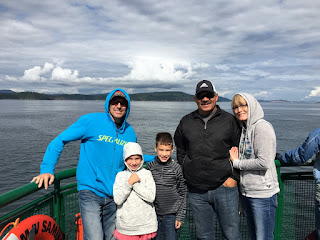 Ouma has been here before so she was our chaperone.  She recommended the whale museum where we learned more about whales in one hour than I've learned my whole life.  The massive skeleton seems more like a dinosaur or dragon than a whale... 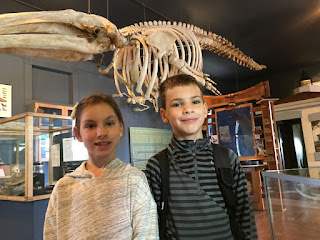 We took a taxi across the island to Lime Kiln Point state park.  at the tourist area there is a tiny lighthouse, seen here in the picture of Ouma and Oupa with the twins. 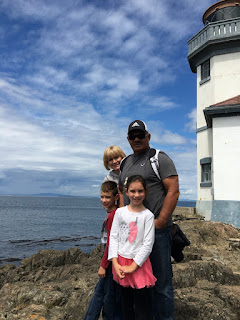 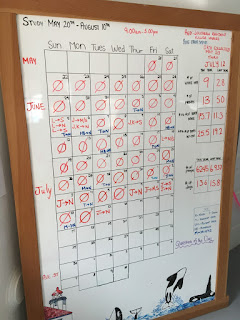 They even have microphones piped down to the water so they can know exactly when whales come cruising by.  I sat out on the lighthouse surveying the scene while the other took a bathroom break.  One of the many strangers sitting around said, "look!  Orca whales!"  I thought they were joking because what are the odds that ten minutes after I sit down, suddenly Orca whales appear.  Well, that's exactly what happened!  I didn't know how fast whales traveled or where they were going, but I freaked out because I was the only one there.  the bathrooms were far enough away that I couldn't shout at the twins to come quickly.  luckily, they all slowly came down the path.  as soon as I saw them I motioned to hurry up and said, "whales!" as calmly as possible.

We were fortunate enough to see a pod of whales swim by coming out of the water every few seconds for air and a show.

After the excitement died down, about ten minutes later someone shouted, "whales!".  Then a second pod of whales came swimming by. 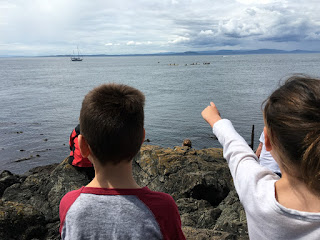 what a great surprise.  We saw TWO pods of whales go by within the hour we were there.  What an amazing experience.  Now Easton and Layla think whale watching is as easy as sitting down at a show at SeaWorld. That was the highlight of my trip.

Then we took a hike down to lime kiln point just for fun.  While we were there I explained to the twins just how far away from home we were.  I took pictures of us holding our thumbs up at each transportation stop.  We were a... 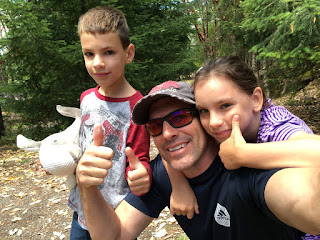 and a taxi ride 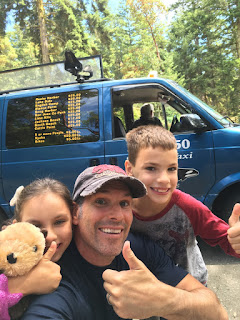 and a walk to the ferry 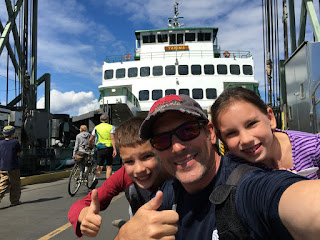 and a ferry ride 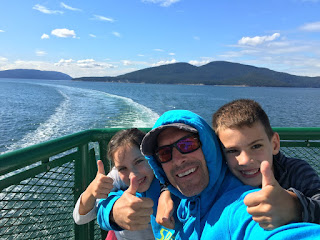 and a van ride 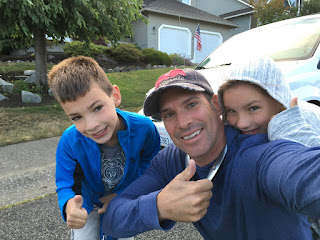 and an airport tram ride 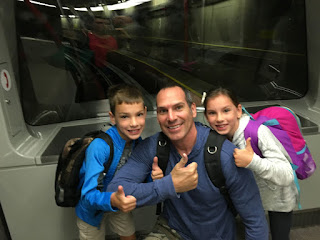 and a plane ride 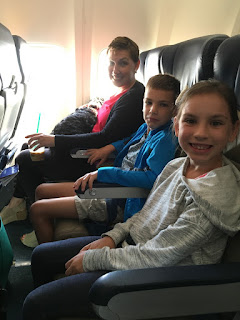 away from home.  That's a serious trip of getting away from everything for a bit.

The last adventure we had in Seattle was called "Judy's beach".  Judy is Christy's aunt who owns a beach house where the tide brings the water level right up to her back porch.  This is all of us at Judy's house. 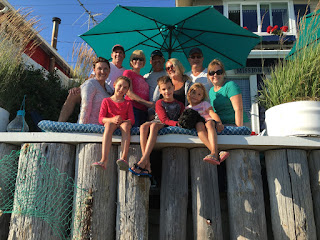 and this is Judy with Christy, Ouma, and Kendra. 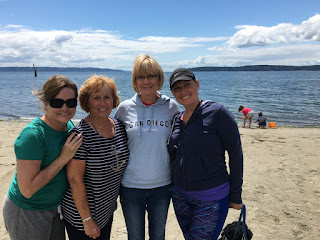 The twins built sand castles and decorated them with broken sea shells.  I have no idea what Easton is doing with is stance, but their smiles show enough happiness to know they were having the time of their lives. 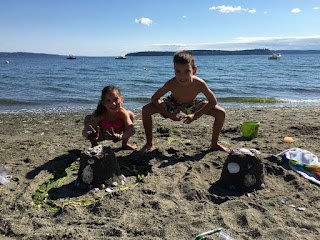 Kendra and I took a random selfie with the ocean behind us.  There are too many pictures of us just smiling normal so this one should be framed because I am recognizing the silliness we have inside to let out. 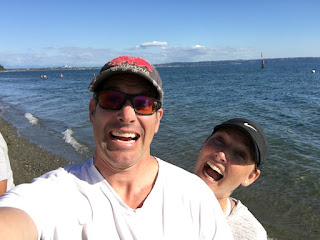 See what I mean... we have that same photogenic smile working for us, but even looking so smiley gets old after a while without a curve ball of craziness to shake things up. 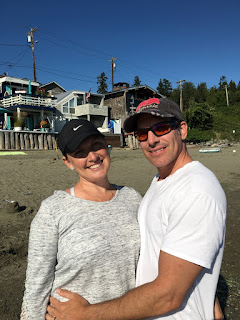 Life moves really fast and these next two months are going to be a whirlwind no matter how the forks in the road lead us.

school starts
Kendra gets her CT scan results
lots of other big things...