After returning from the most epic summer vacation ever, we had only two weeks to get ready for the school year. We are savoring the last bits of summer and resting well.  There are several videos of the south mountain rain dump, but I captured this from my car while it was happening because I knew enough to know it was a rare weather phenomena. 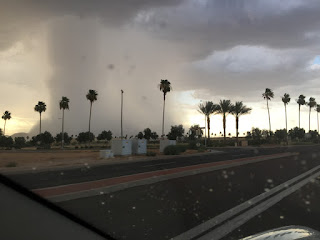 I have a sixth sense for knowing when a moment is special or unique or memorable.  I've strengthened that muscle significantly over the past couple of years with everything that the 4 Webbs have been through.  Sunsets are not rare in Phoenix, but having eight-year-olds standing in the street in their pajamas?  Now that's rare and one of those moments that will become less frequent as the years go by.  These two silly kids are joyful in ways pictures can't describe, but it's the best I can do for a blog. 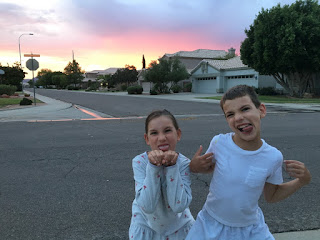 The last several months allowed for very few mountain bike rides because, well, life goes in cycles and I've prioritized other things over it.  Anyway, I woke up early one Saturday morning and decided to hit the trail while the sun was down and the temperature was below 100 degrees for a few more hours.  I get to do lots of thinking while I ride and it's amazing what becomes clear when there are no distractions or distortion of my vision. 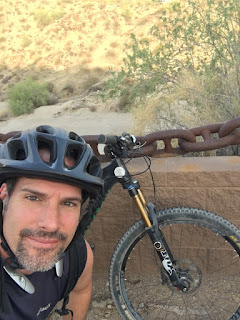 Easton came in our bedroom and Max followed.  They both flopped down and I couldn't resist taking a picture of this boy and his dog.  I'm glad we have Max in our family!  The twins love on him and take care of him very well. 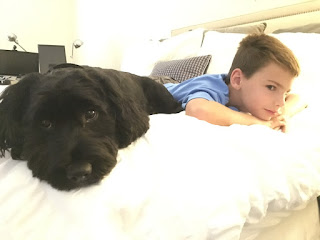 Layla's figure skating and Easton's Taekwondo are their primary extra curricular  activities.  There are many other things they enjoy like dancing and video games and swimming, but this is where they are improving and focusing.  I took them for tacos one night after practice and they both kept their outfits on because their eight and don't care. 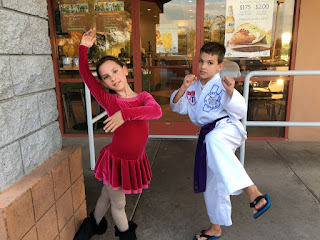 Easton's been asking to go to the dinosaur museum for months now.  We used to have a membership here a few years ago, but haven't been since then.  There were some new exhibits and this animatronic Tyrannosaurus was the biggest hit of the day. 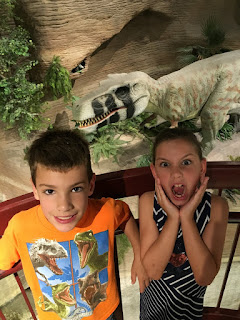 The T-Rex skeleton is the most intimidating thing in the museum because it makes me sweat just thinking about running from this big thing. 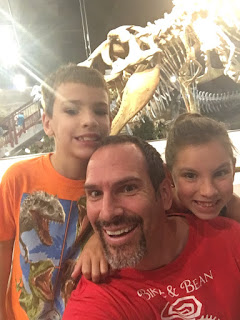 Easton said, "wouldn't it be cool if we lived when dinosaurs were alive on Earth?"  NO. no, it wouldn't be cool at all. Thank God we are not living during that time.