Kendra's second round of chemotherapy is complete and we are settling into an uncomfortable, sucky rhythm for the next 25 weeks or so.  I hate seeing Kendra in pain or with indigestion or feeling lethargic or all of the above.  Based on the past week's worth of chemo side effects she will be ready to party when this whole thing is done.  We are doing well and carry our joy and happiness into every part of our day.  However, we have our moments where the challenges ahead get a bit overwhelming.  I took a picture of what that looks like. 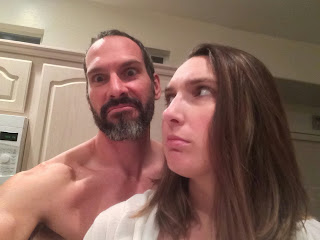 Every Thursday Kendra goes in for another round of chemo.  The big question is whether she will lose her hair and if so, when.  odds are about 97% chance that she will lose her hair.  Neither of us are concerned about it though.  We both just shrug our shoulders and say, "whatever..."  I don't love her for her hair.  She has so much confidence that walking around hairless isn't a big deal for her.  And the good part is that her hair will begin growing back immediately after the chemo is over (around December 15?)

Cancer sucks.  Kendra is doing well.  Let's move on.  The other topic is about her fractured vertebrae.  It is healing even faster than I had hoped.  She is getting out of bed easier and with less pain every single day.  She'll need to wear the brace for another 3-6 months, but I am giddy like a school boy to see her get back to the business of life instead of being bed-ridden and doped up on morphine 24x7.  I hope to never be in that low trough again.  Let me recap the depths of a crappy life one more time just to really comprehend it.  There was a day when Kendra:

How about that for a bottom-of-the-barrel experience of life?  I never once asked the question, "could things get any worse?" because there is no doubt they could have, but I didn't want to find out what that looks like.

This picture below is the last picture of Layla as snaggletooth. That dead tooth and the one next to it had to go with force. 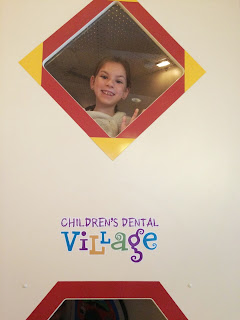 Watching the dentist give Layla the shots was very difficult for me as a dad. I had to adjust my seat to face away from the dentist chair.  After it was over they gave her a box of stickers to choose from.  She chose three. All Three of the Disney princess stickers in the box. 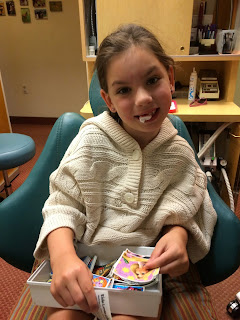 Layla and Easton both advanced to The next level in there ice skating adventures. Layla is now in basic 8 and Easton advance to basic 4.  They were both super excited to pass all the tests and keep the challenged coming. Easton is at the fork in the road with hockey or figure skating.  He decided on hockey. That means a new type of skate for him to learn. 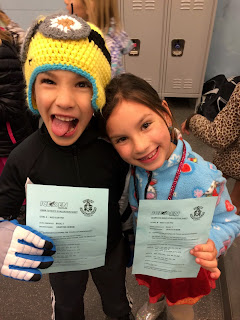 This next season of ice skating will be entertaining because Easton gets to see if he really likes hockey or just the idea of it.  Layla gets to finish the basics and glide into what's called "free skate" where the ice dancing really gets going.
See you soon!