The 4 Webbs are gearing up to host 4 parties in 3 days.  Craziness abounds.  We still have time in the midst of the planning for quality time together though.  We made a picnic lunch and a blanket to enjoy the near-perfect weather.  Kendra and I even spent a few minutes lying next to each other in peace while the twins played tag around us in the greenbelt.  That moment was one of those "please, nothing change... ever" moments.  I wouldn't go so far as to describe life as perfect, but I couldn't write a movie scene any more desirable than that.  Layla danced around in her princess way. 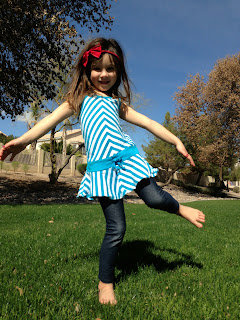 Easton screamed and ran around like a warrior on a battlefield until I mentioned his new Batman watch.  He stopped in his tracks and describe the awesomeness of his first-ever watch. 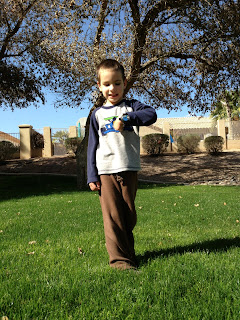 We played Star Wars with large chunks of tree bark as guns.  Someone noticed the sticky tree sap on the weapons of bark destruction.  Like Sherlock and Watson and Princess Watson we traced the sap back to the tree it came from and investigated what happened.  Somebody cut off branches of a tree and we were privileged to see the hardened, crusty sap, newly gooey sap, and fresh sap still oozing out of tree.  We spent the next 20 minutes touching, smelling, seeing, (no sound or taste, thank God) the sap.  Such curious kids. 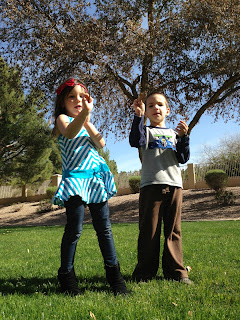 The balance we are trying find is how to encourage their curiosity and questions against "slow obedience".  Every time we give a directive like getting a cup, it turns into a big explanation session.  We're working to have them obey first, then ask questions second.  that's tougher than I thought.

The twins are still working to establish boundaries and learn how to respect each other's boundaries.  Layla occasionally hits, kicks, pushes, steps on, or slaps Easton.  Thank God he is a patient and kind-hearted.  He does really well to control his emotions and not retaliate.  I find that as long as he has a chance to express his side of the story and be validated, then I give him a hug and say, "Thank you for not reacting and coming to talk to me."  Then I give Layla a chance to explain what happened and why.  Next comes the discipline and forgiveness routine between them.  30 seconds later they are back to playing as best friends. 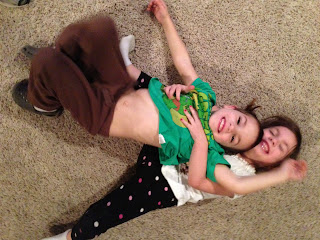 I took the twins to the Lowe's Build and Grow event, which is held every Saturday.  The pre-packaged project comes with nails, stickers, instructions, wood, and hammers. 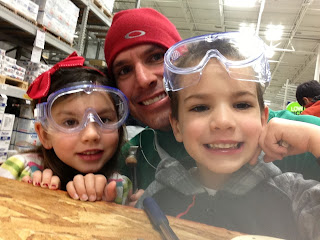 I had to supervise one step at a time with each kid.  It would have been better with Kendra instead of going back and forth, but she made good use of the non-kid time.  Easton got the hang of hammering quickly, but Layla kept choking up on the handle and trying to muscle the hammer down instead of swinging it from the end and using the leverage to get the momentum.  They certainly are unique when it comes to what each one excels in. 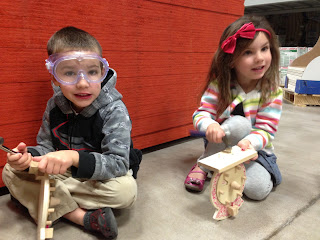 The best part of the project is that we finished it!  There's a certain confidence that comes from never giving up and seeing something through to completion.  It's a "Wheel of Love".  Like a wheel of fortune device where the spinner has a window that shows something Easton and Layla can do to show love.  I woke up this morning with Easton in my face quietly holding up with Wheel of Love.  He whispered, "Dad, you get two spins today because I love you."  I landed on "give a compliment" and "draw a nice picture".  He said, "You're handsome even though your breath stinks."  Thanks, Big Time. 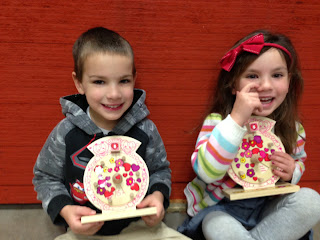 I had the twins the entire day Saturday while Kendra worked around the house, attended a baby shower, and went out for a birthday dinner.  One of my activities included a surprise with my friend Scott.  I won four tickets to see the Harlem Globetrotters!  Our seats were not in a great location, but they were close enough to see the action and keep the twins' interest. 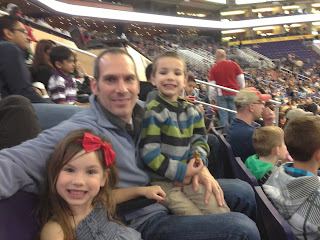 They put on a good show, but I they make everything look so easy that Easton and Layla didn't grasp one bit of the excellence and talent. 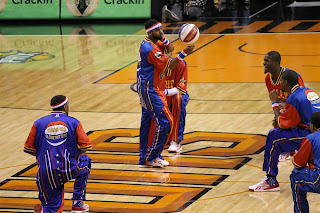 Layla's favorite highlight was the half-time show.  A flood of cheerleaders from a local dance school did a few routines.  Easton said, "this is borrrrring".  Layla said, "Dad I want to do that my whole life!  Can I do that and ice skating and soccer?" 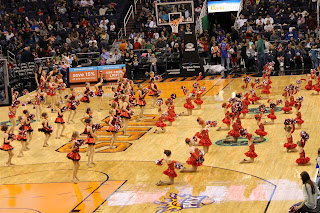 They are so different and that makes life interesting.